IF WE had odds for all of our Street Machine Drag Challenge entrants as to who would win, sort of like a horse race, I reckon Quentin Feast would be paying in the low $1 range. The facts are simple: He’s won the event every year he’s entered and his twin-turbo LS-powered Torana now has a PB of 7.41@185mph to its name. Considering Quentin ran his first seven around 12 months ago, the rate of progress has been seriously impressive, and a lot of it is down to the huge amount of data he’s able to collect from every single run down the track. 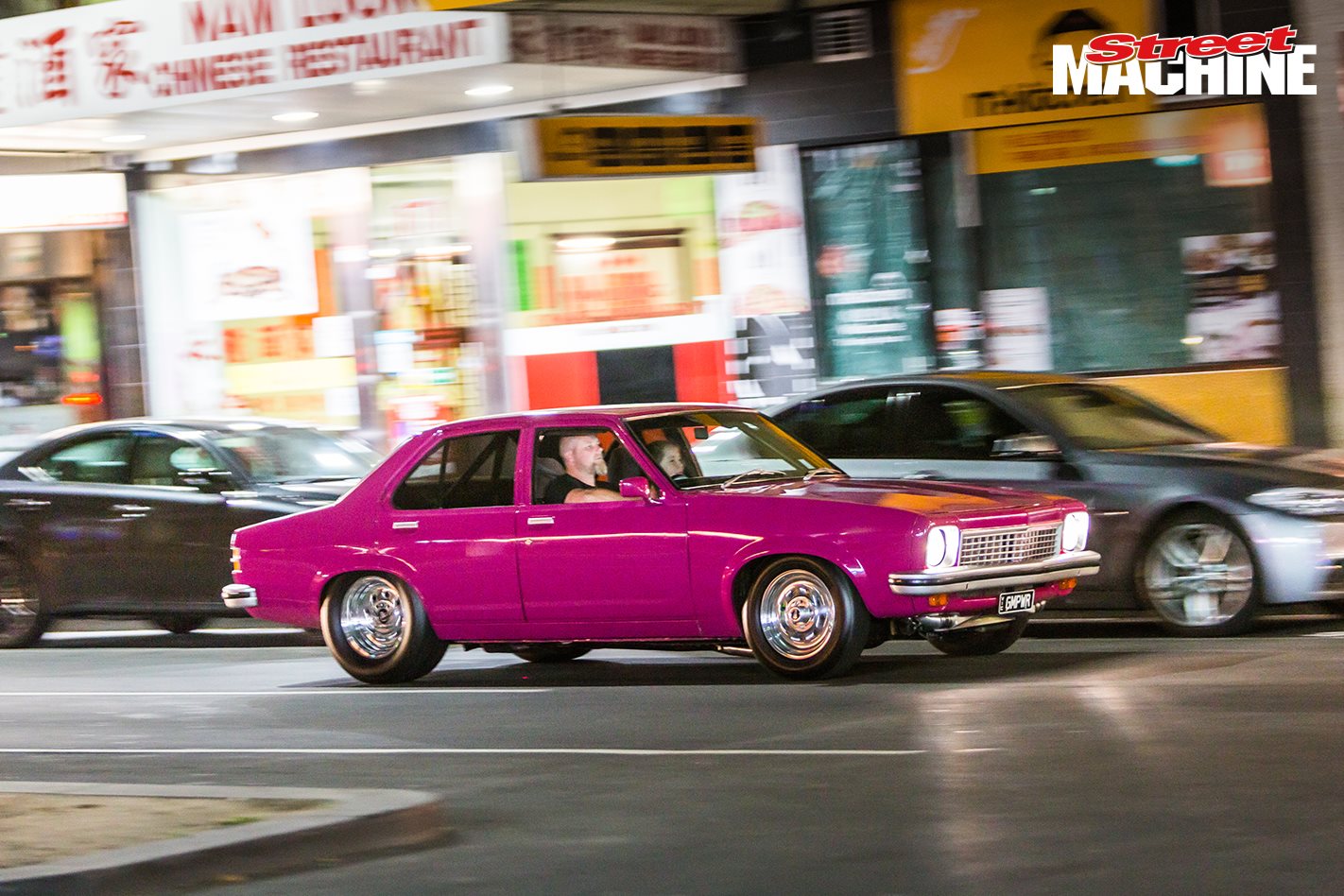 Quentin’s tuner Mark McCoy spends his 9-5 working at MoTeC, an ECU company that works with some of the world’s leading circuit-racing teams. And as you’d expect, Quentin’s humble twin-turbo LS-powered Torana packs enough computing power to get a jumbo jet in the air. Everything from laser ride height sensors to front and rear wheel speed sensors and suspension compression sensors get the absolute most out of what is still a fairly basic engine combo. 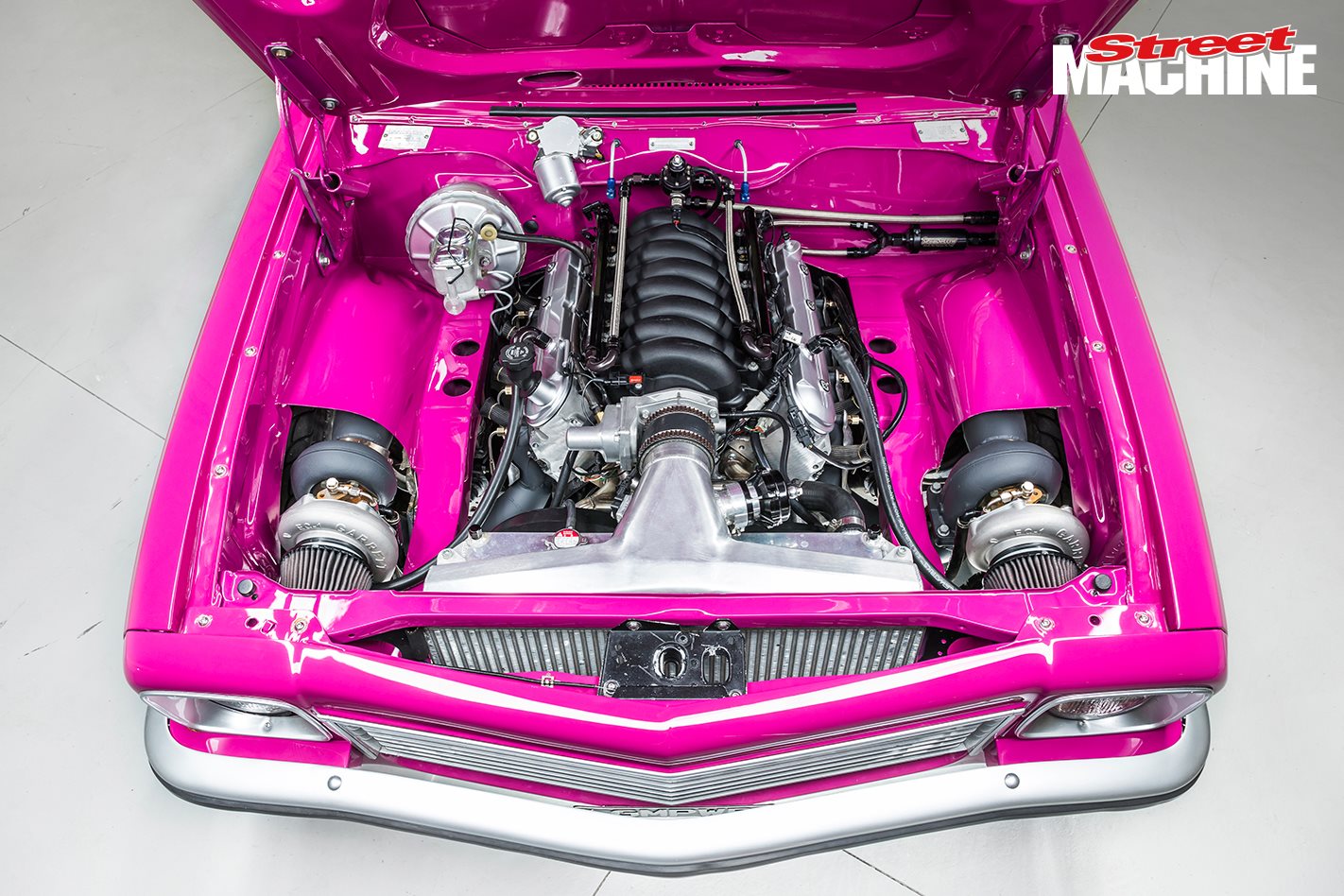 Despite pushing 1800hp, the LS motor is a factory four-bolt GM LQ9 iron block with GM cylinder heads massaged by Higgins. The turbos are relatively small Garrett Gen 2 GTW3884s, and they sit on modified VE exhaust manifolds. So far they’ve run 28psi and roughly 1800hp through a factory plastic intake manifold, which in itself is baffling! 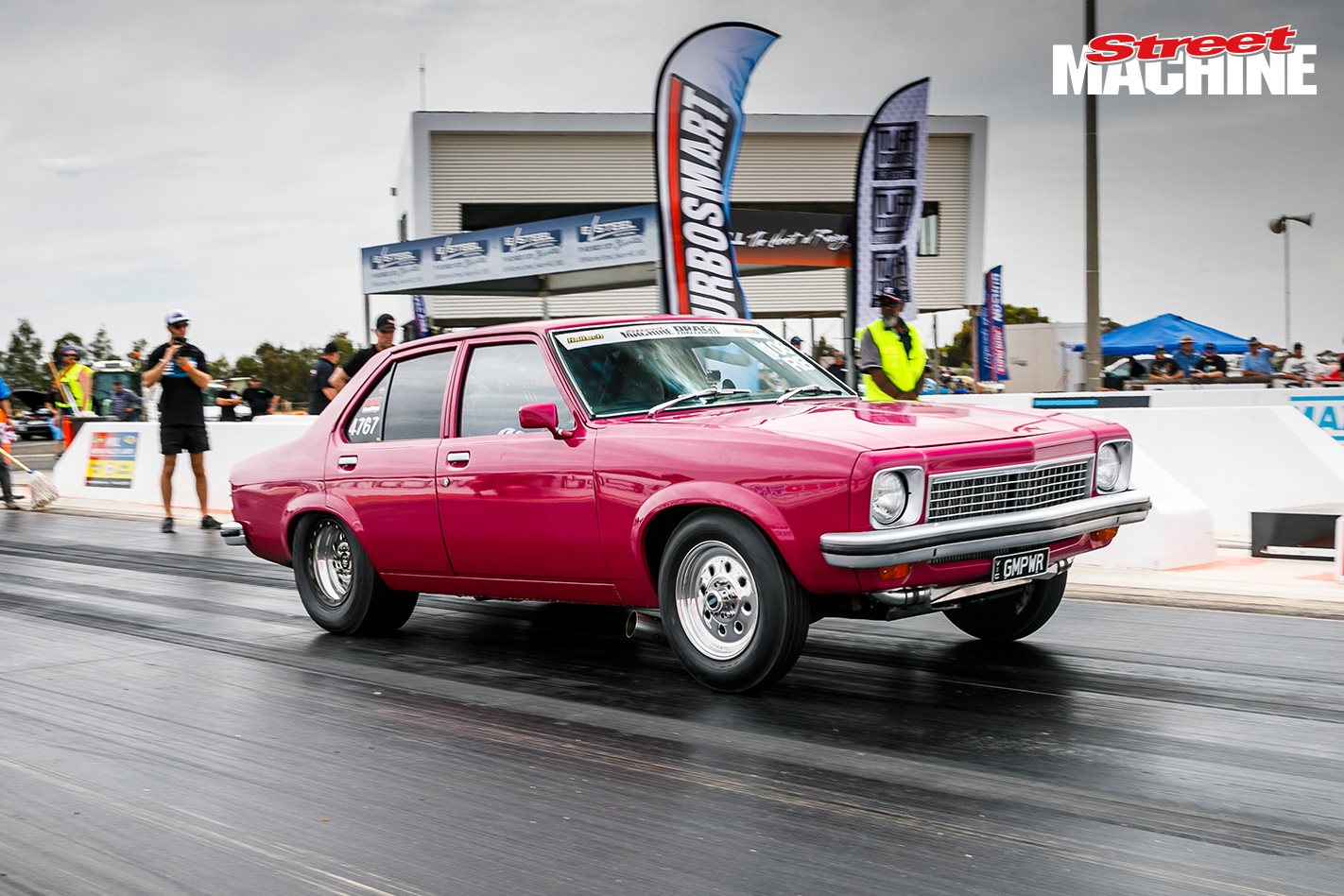 However, it’s proven to work – with three Drag Challenge overall wins under his belt and a car that’s now one of Australia’s quickest genuine street cars, Quentin Feast will be hot favourite leading into this year’s Street Machine Drag Challenge.