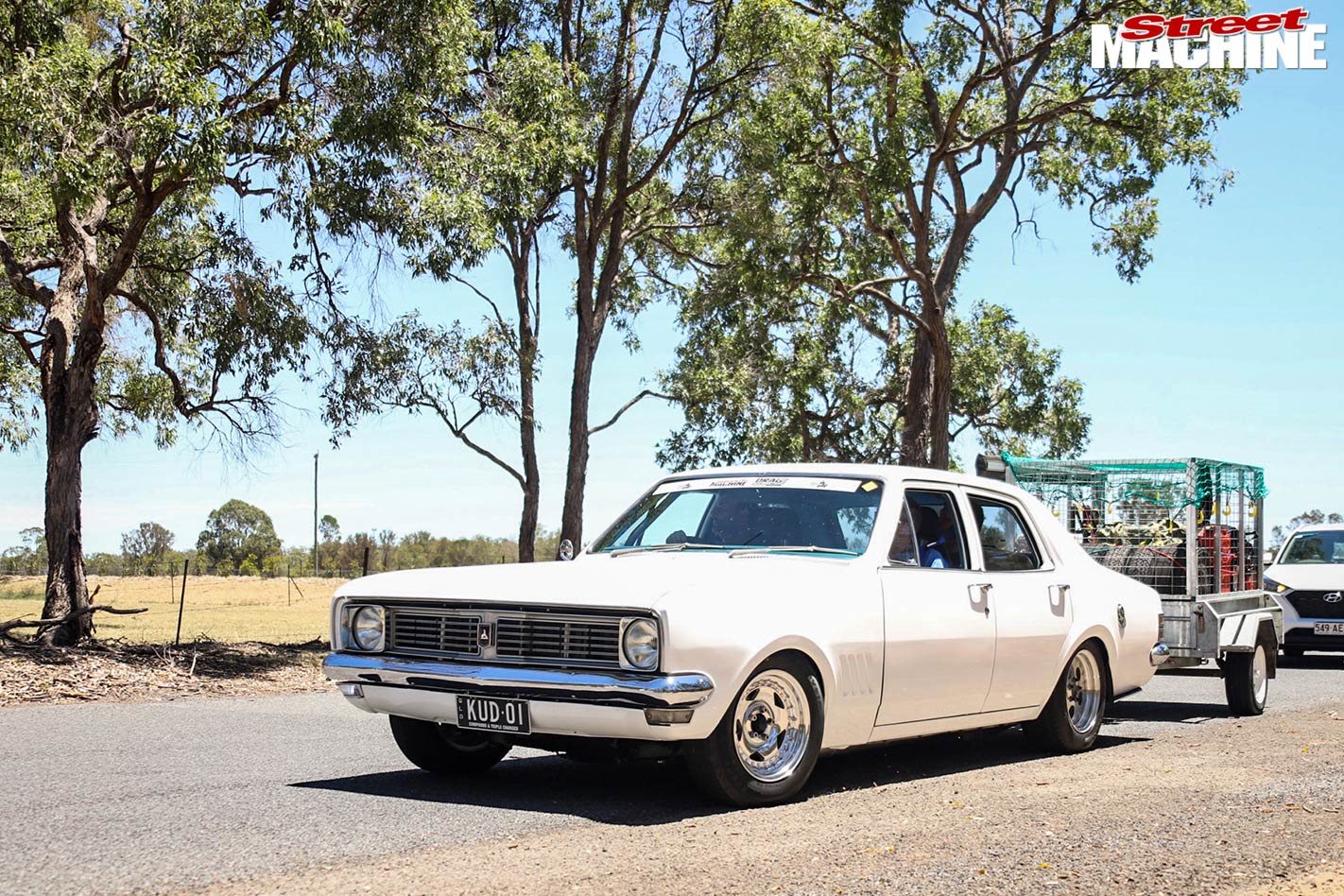 “I have been racing these cars since the 1980s, so I know how to make them work,” Juan said. “It has an 8.7:1-comp, solid-roller 400ci small-block with a V-7 YSi-trim Vortech side-mount blower and water-to-air intercooler, and there is a Precision PT106 turbo mounted in the rear of the car. We use a 200-shot of nitrous to get it out of the hole, and it is tuned on a Link Thunder ECU, which allows us to run 91 pump fuel on the street and race petrol at the track.” A ’Glide and a built nine-inch round out the driveline. 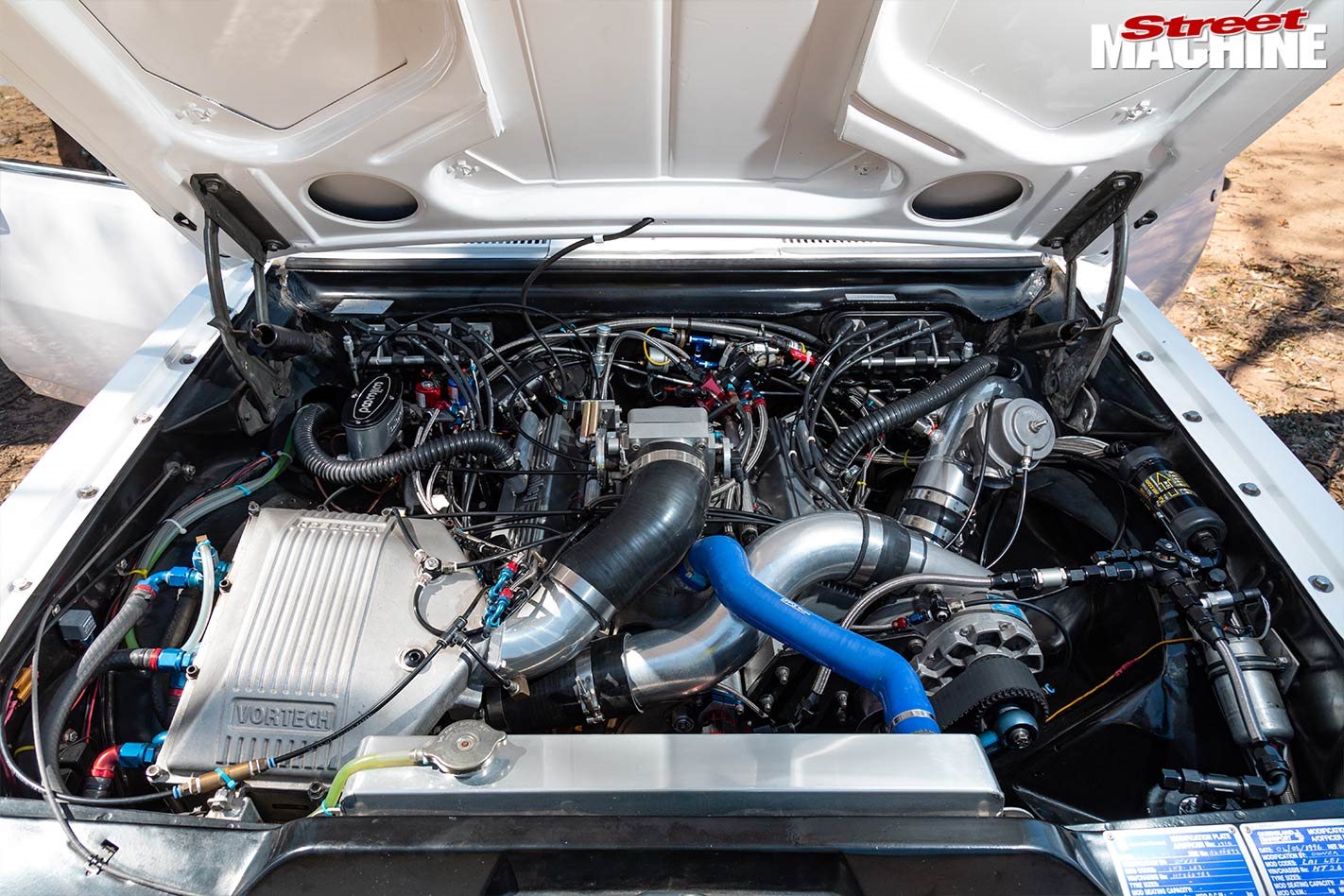 We featured the car in Street Machine back in 2004, when it only had the side-mount blower. When Juan wanted to go faster, he looked for a different way to get the big Kinger moving. 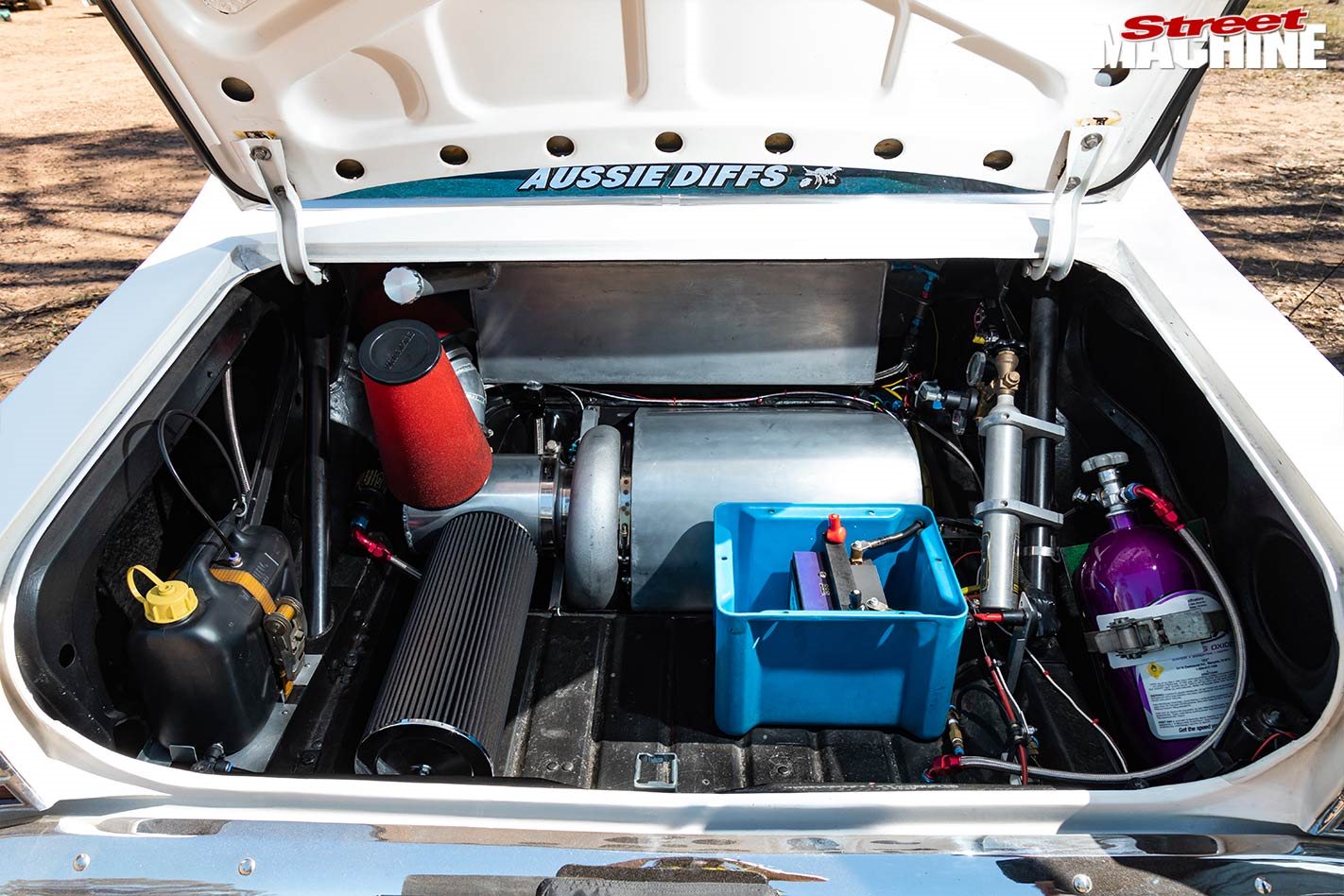 “I couldn’t fit twin turbos and the intercooler without cutting the car up to make it all fit, so I looked around and found this solution,” he explained. “I like to experiment and find engineering solutions to these problems, and this set-up should hopefully see us running in the seven-second bracket. It has done 5.20 over the eighth at Kenda, still running factory leaf springs and ladder bars. 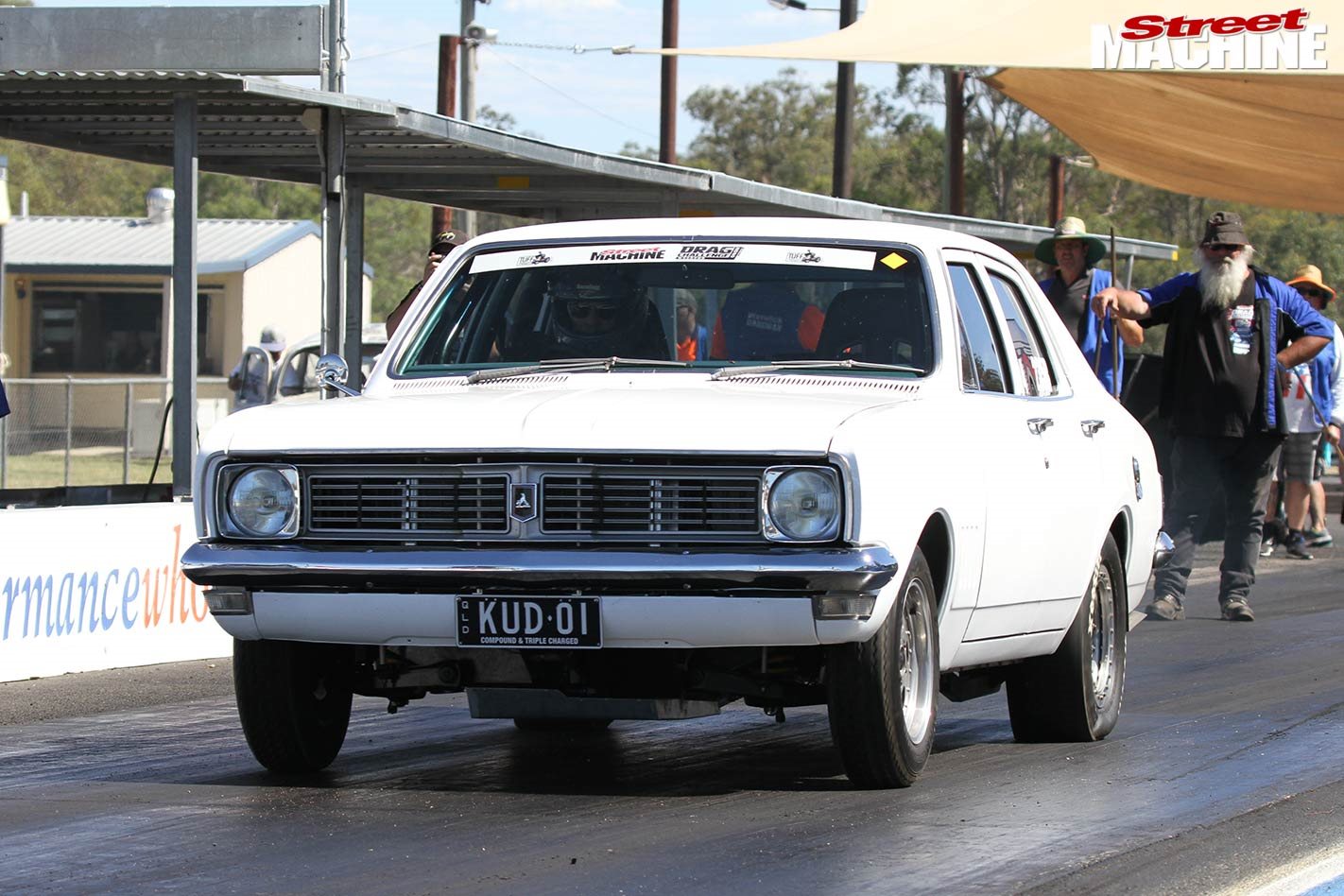 “I like to point out that many modifications people think they need to do are just fashion items; the old ways can run just as fast, and much cheaper.”

Despite running the quickest time in class on Day One with an 8.63@159mph, backed up by a 6.10@120mph at Warwick, Juan struggled to get to grips with his new Hoosier tyres, as the 3850lb four-door normally runs Mickey Thompsons. Even so, Juan and the Kingswood were sitting at the top of the class heading into Day Three. 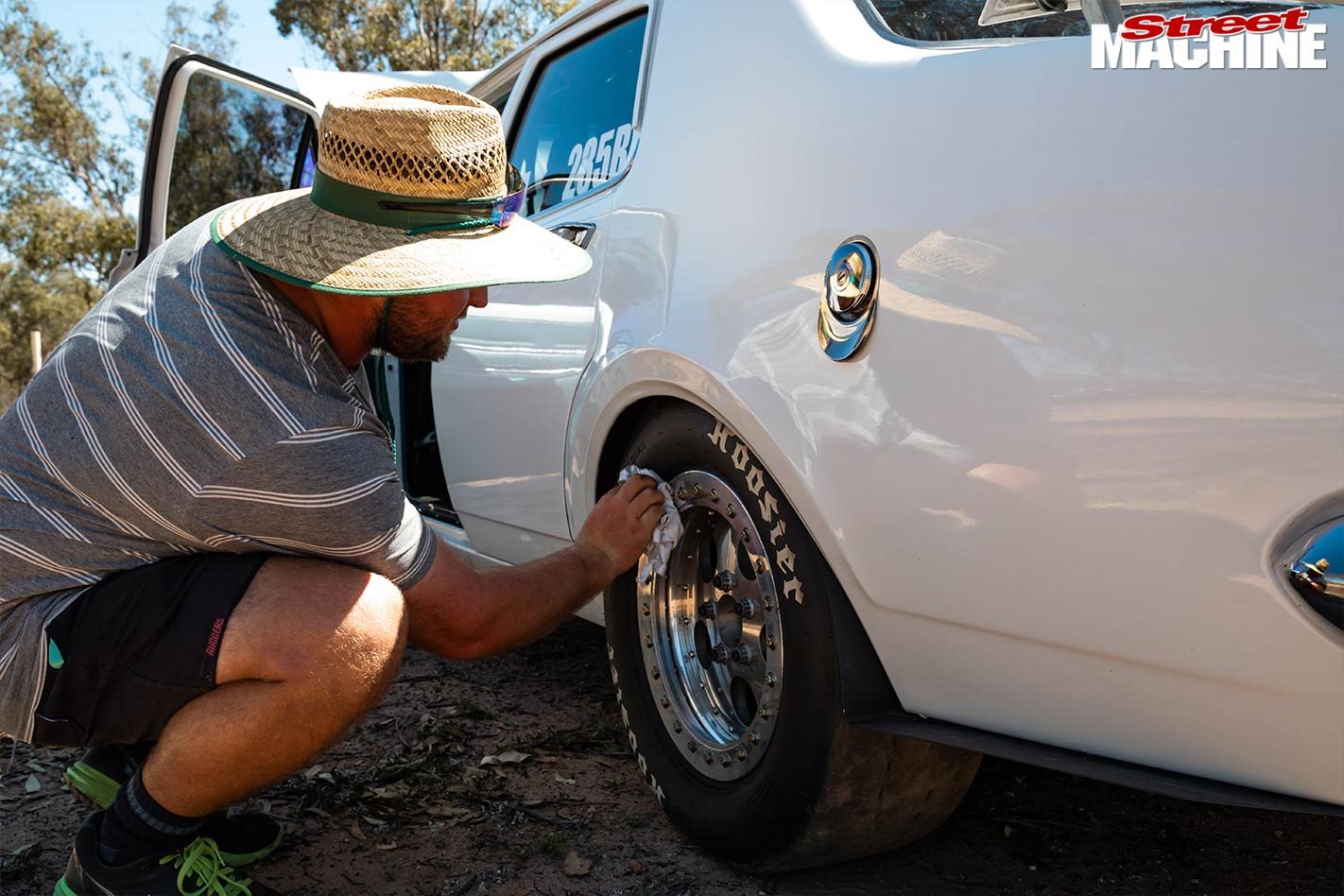 However, the brutal heat at Willowbank on Sunday prevented Juan from getting a clean pass in, and a 9.36@137mph was the best he could get out of the big more-door. This allowed Jason Ross to sneak past by 0.036sec to take the Tuff Mounts 235 Blown win, though Juan did come away with a trophy for Quickest Chev-Powered. 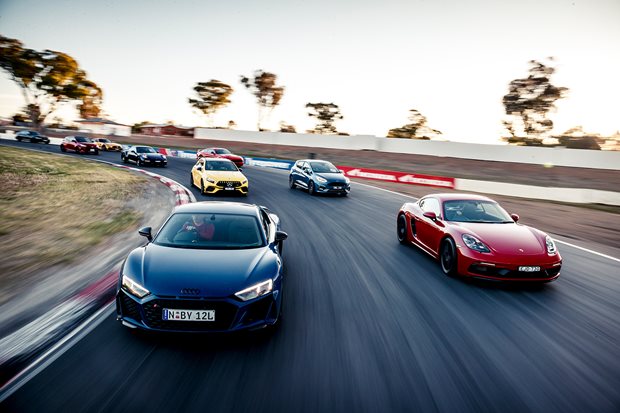