SCOTT Gardner’s ’65 Valiant AP6 ute is a nice-looking rig, and Mopar purists love seeing the thing – right up until they get a glimpse of what’s under the bonnet.

Scott took ownership of his AP6 as a shell roughly three-and-a-half years ago, with the plan of doing a presentable budget build that’d be able to handle both street duties and run some decent numbers on the track. It was pretty clear to Scott early in the build that a decent Mopar donk was out of his budget, so he crossed over to the dark side and neatly slotted an LS1 in the Val instead.

In keeping with the theme of a simple and clean build, Scott fitted a Holley carburettor atop his LS1 rather than the factory EFI, for both aesthetics and ease of maintenance. “I fitted the carby because I hated the look of the standard LS1 plastic intake, and I wanted to build it so that anyone could work on it with basic tools,” he says. You may scoff at the use of a carb, but with a mild cam Scott still laid down 328hp at the rears – more than enough for a budget build.

Behind the GM donk is a Turbo 700 ’box with a 3500rpm converter, and a nine-inch diff out back with 4.11:1 gears. The car consistently runs in the low 12s, with a best of 12.03@114mph, and Scott will be counting on that consistency when he takes on our K&N Dial Your Own class at Street Machine Drag Challenge Weekend in Queensland, 3-6 May.

“It – touch wood – never needs any real maintenance at the track,” Scott says. “I sometimes don’t even bring a spare to the track, and so far I haven’t had any dramas.” 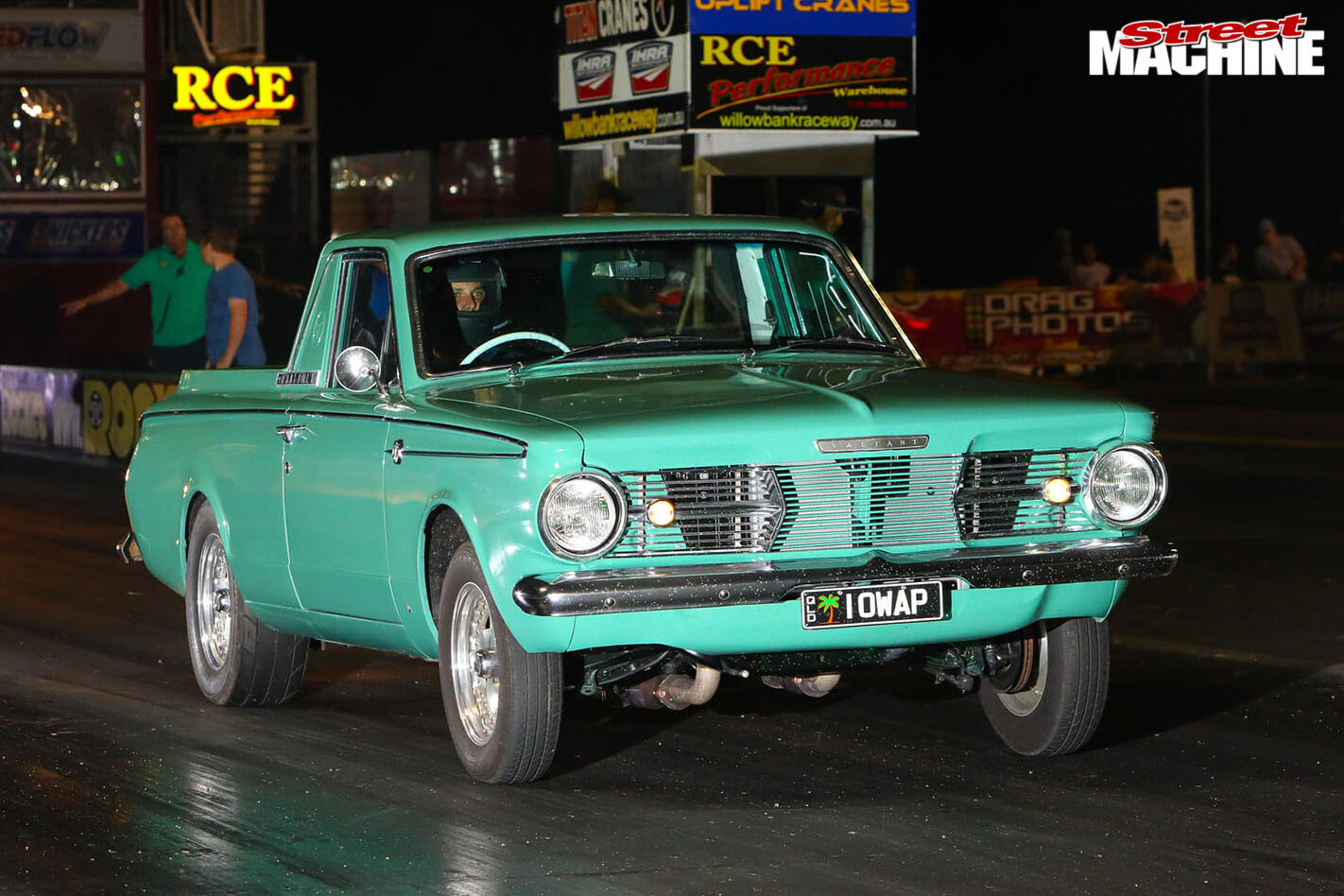 The ute does genuinely get used as a street car as well, so Scott should have no problems on the long drives that DC mastermind Scott Taylor has planned in between the two tracks during DCW.

“It has really good manners on the road and hasn’t had any dramas to date, so it should be a good fun weekend,” Scott says.