TAKING on an event like Street Machine Drag Challenge with a brand-new combination is one thing, but how about building a car with almost 1000hp on tap and then throwing the keys to someone else, so they can torture your new ride over 1500km and five tracks? Sounds crazy, but that is exactly what Street Machine columnist Mark Arblaster did. Arby and his mates have been working hard all year to build his ratty VG Valiant hardtop, dubbed POR440, in time for Drag Challenge. The POR440 moniker is a reference to Mark’s main squeeze, another VG coupe dubbed WAR440. That car is a show-quality build powered by a ProCharged 500ci Mopar big-block. It was designed expressly to compete in Drag Week-style events, runs in the mid-eight-second zone, and took out the Outlaw Blown class at the very first Drag Challenge in 2014. Arby missed out on last year’s Drag Challenge due to Drag Week commitments, but was determined to make the 2016 event with POR440. The idea was to take the sad-looking VG found on Gumtree and fit it out with a stocker 5.3-litre iron-block LS truck motor. The tiddlers of the LS range have been making waves in the US as a great budget option, and Arby was keen to put the concept to the test here. The engine itself was left stock, except for a new camshaft and some improvements to the valvetrain. To this, Arby and his helpers added a hefty 80mm billet-wheel BorgWarner turbo, air-to-air intercooler, Edelbrock inlet, a flash fuel system and a Haltech Elite 2500 ECU, IQ3 digital dash and datalogging for just about everything bar Mark’s blood pressure. Behind the motor is a Powerglide and a sheet-metal 3.7:1 nine-inch plonked onto relocated leaf springs. POR440 gets its power to the ground via some modest M&H 235 radial tyres, assisted by a set of Gazzard Brothers traction bars, split-leaf springs and rear sliders. 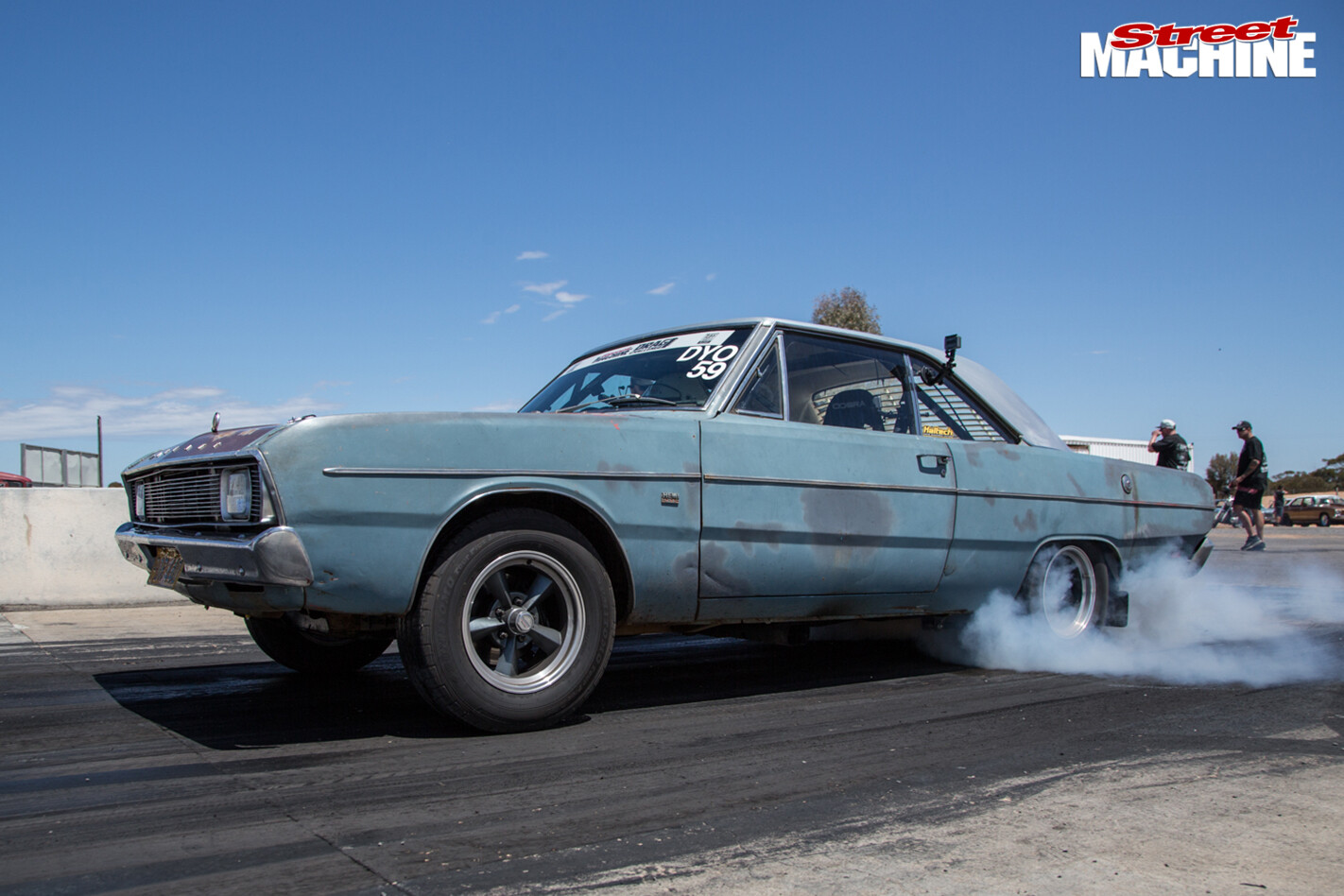 For its first session on the dyno, the Val saw 610hp at the wheels, with the figure climbing to 680rwhp on 18psi with a little development. With time ticking away, Arby got the car to the track and ran a best of 9.99@142mph first time out. With Arby unable to attend Drag Challenge himself due to work commitments, Mitch Smith and Luke Waldon from Haltech put their hands up to do the business with POR440. Mitch took the VG out to Sydney Dragway for a test hit and got the car into the 9.70s, before packing up to take on Drag Challenge. The car then improved at every track, with a 9.40 at Calder Park, a 9.30 at Swan Hill and finally a 9.165@150mph on the last day back at Calder. Impressive stuff!