IF YOU didn’t already know just how staunch Mark Drew’s LH Torana is, you’d probably walk past it and not even bat an eyelid. It just looks like an old survivor car that could do with a decent birthday. Lift the bonnet on the aptly named ‘Crusty’ Torana and you’ll see an LS conversion that looks like a hundred others. But beyond this weathered, innocuous façade is one of the quickest real street cars in Australia. Aside from successfully finishing three Street Machine Drag Challenge events, the Crusty Torana has recently recorded a personal best of 7.235@173mph on a 275 radial! Even for a dedicated race car that’d be hauling the mail; to run those numbers in a real street car like Mark’s LH is incredible. 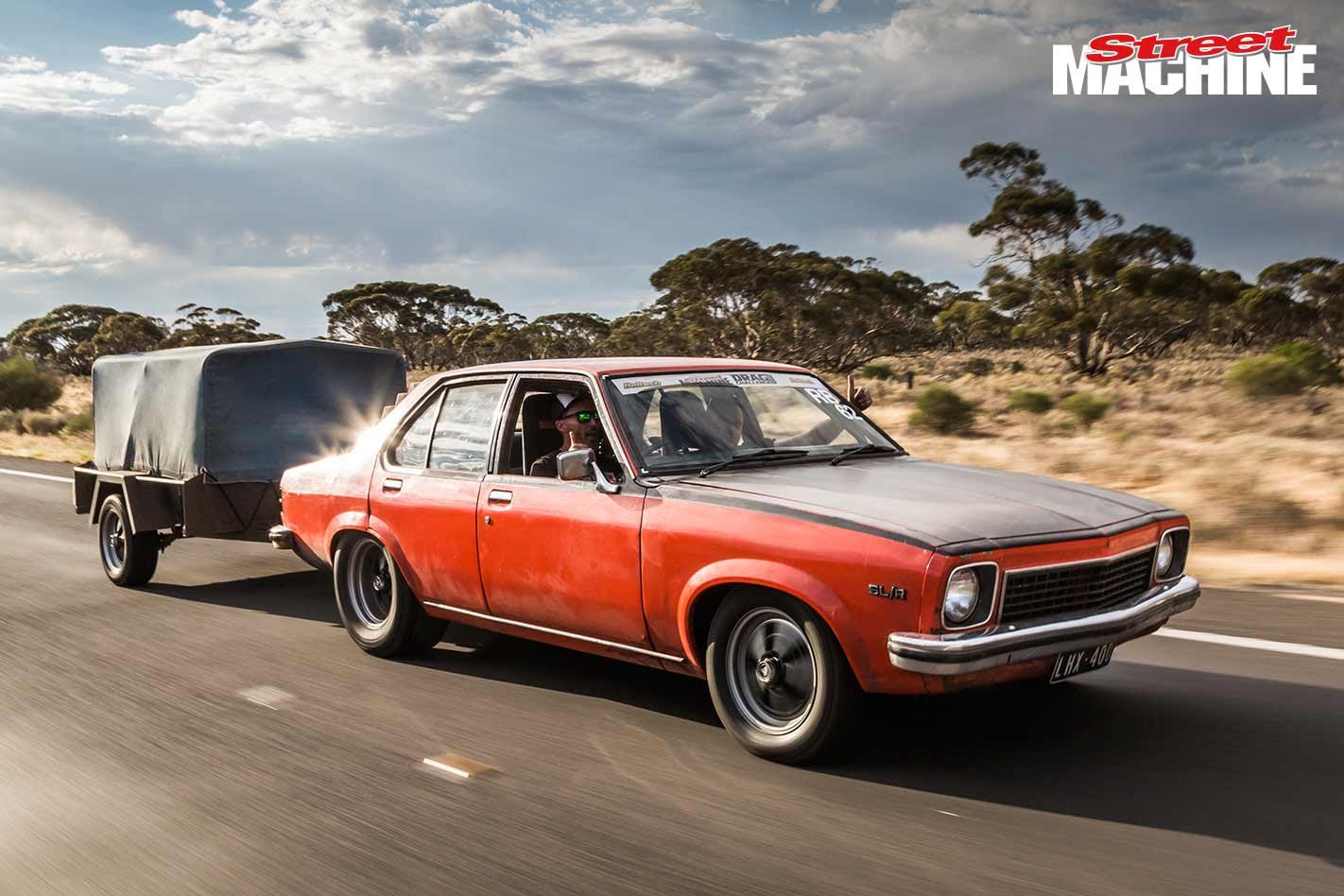 “When we first got this car going, we were hoping to run a seven,” Geelong-based Mark says. “I guess things have changed and we now have a new goal: to run into the sixes.”

From a performance viewpoint, Crusty ticks all the boxes. The 427ci LS has all the best components, including an LSX block with a Magnum crank, Oliver rods, Diamond pistons, a set of Brodix BR7 heads ported by Higgins and two T42 turbos. Other primo gear includes 550lb Precision injectors, an Aeromotive belt-drive mechanical pump, a 9.5-inch bolt-together PTC converter, and a 40-spline floater rear end by Aikman Engineering.

“It didn’t start with this motor; the combination has evolved as we have reached the limits of individual components like the turbos and the engine,” Mark says. “We started with a pair of S300 BorgWarner turbos, then moved on to a pair of 68/70 Precisions. We had some good racing and we even ran a 7.8 at Drag Challenge last year, but the engine broke a Callies rod. We repaired the motor with a new sleeve but it kept moving in the block, so we started with a whole new combination.” 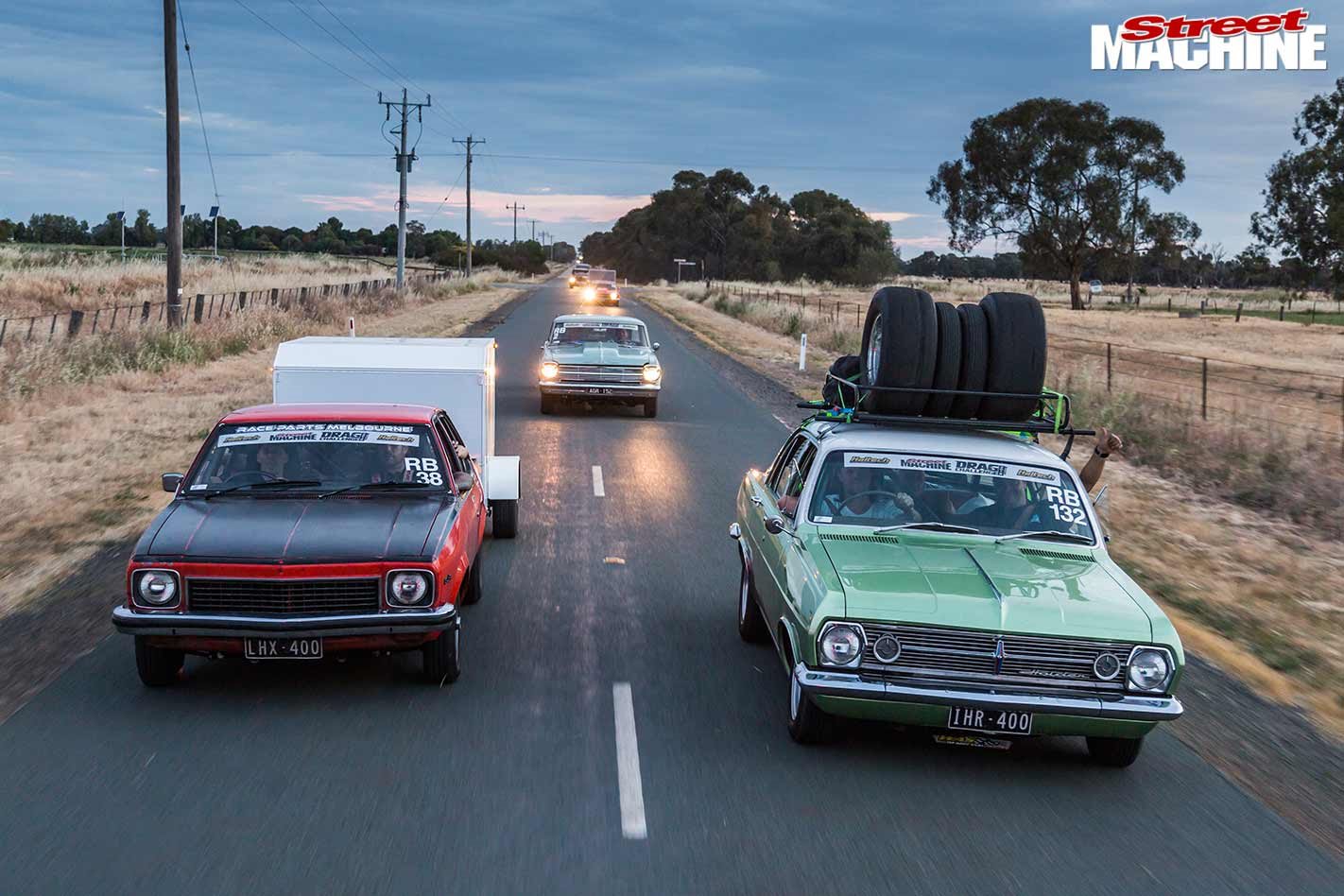 The world of boosted LS combinations is not new to Mark; he has owned a bunch of super-tough street-driven racers, with Holley as his ECU of choice. While he builds his own motors and does the majority of the tuning, he looks to Kon at Wollongong Automotive Services for extra help and maintenance, who he rates as an absolute rock. There is no bling under the bonnet, and the turbos aren’t obvious until you get down under the car. They have been cleverly located behind the lower control arms to keep the engine bay uncluttered and free of heat.

“Power-wise, those turbos should be good for around 1250hp apiece, and the engine is currently showing just on 1800hp,” Mark says. “At this point we are only at 30psi of boost and it’s taking us around three seconds to get this all in. I reckon we have another 10psi left, so we want to get to work on the first half of the track; if the car won’t front-half, it won’t back-half.”

The car’s chassis is pretty much stock. It’s mini-tubbed, but still retains all the stock suspension and pick-up points. The upper and lower arms are adjustable, and a set of Afco shocks have been added, but aside from an anti-roll bar, the chassis itself is standard. 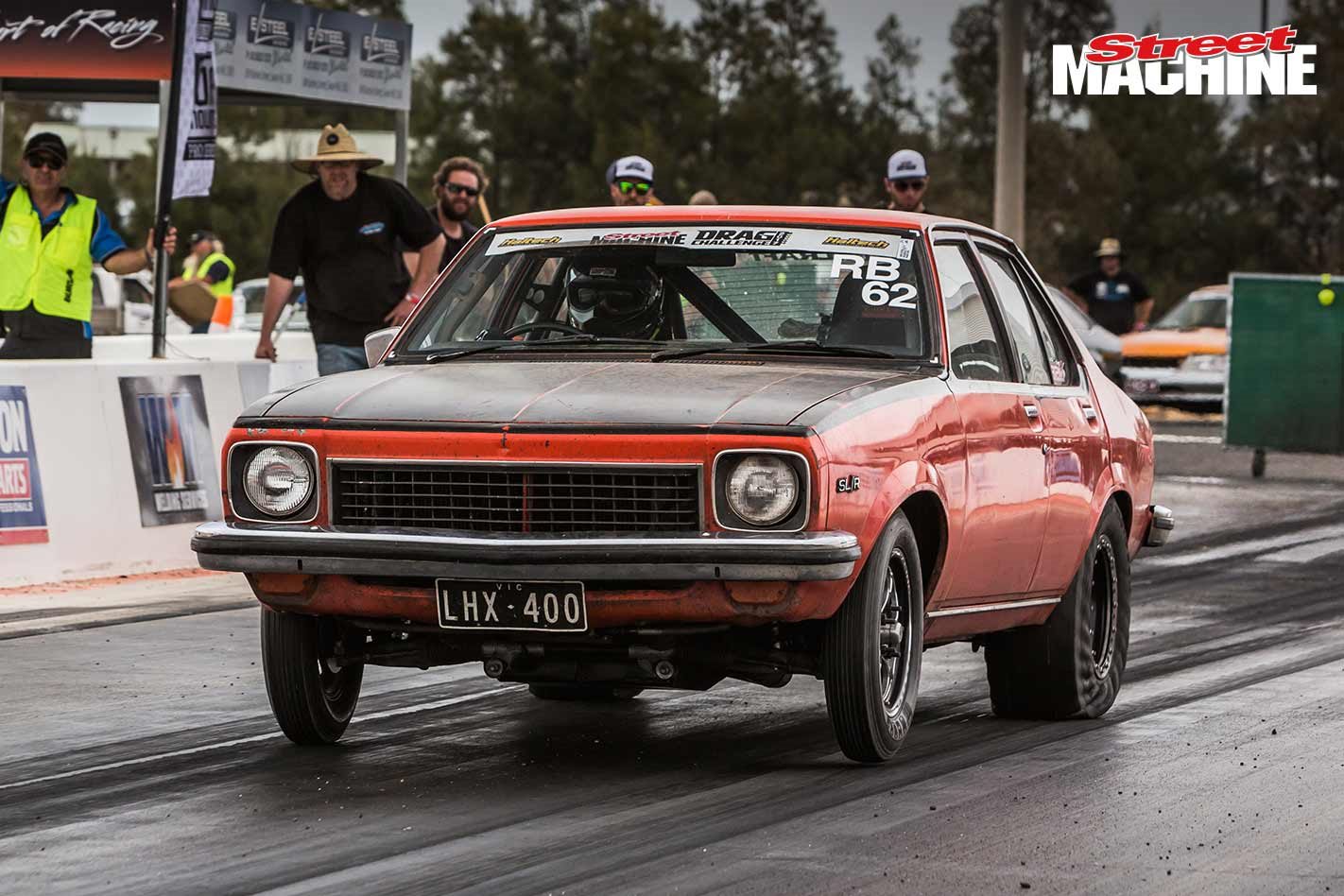 If you want to be serious about radial racing, especially on a small tyre like a 275, torque management is a big issue. Typically cars that run a Powerglide have a 1.8:1 first-gear ratio; when you add this to a low diff ratio and small-diameter radial, you end up with a lot of torque multiplication, which makes it harder to feed the power in without it blowing the tyres off. In this case, transmission builder Matt DeSpirt from MDT Race Engines & Autos has gone with a 1.69:1 first-gear ratio to allow the car to drive more off the converter. These gearset changes are expensive but get results. Even with the taller first gear, the car has gone 1.17 seconds in the 60-foot during testing at Willowbank, and has run 4.645 seconds over the eighth-mile.

Mark is a smart and accomplished racer. He has been at it for most of his life, and he understands the importance of data acquisition and how to apply the data to improve at the track. The car has every data acquisition sensor available, from EGTs to converter pressure. 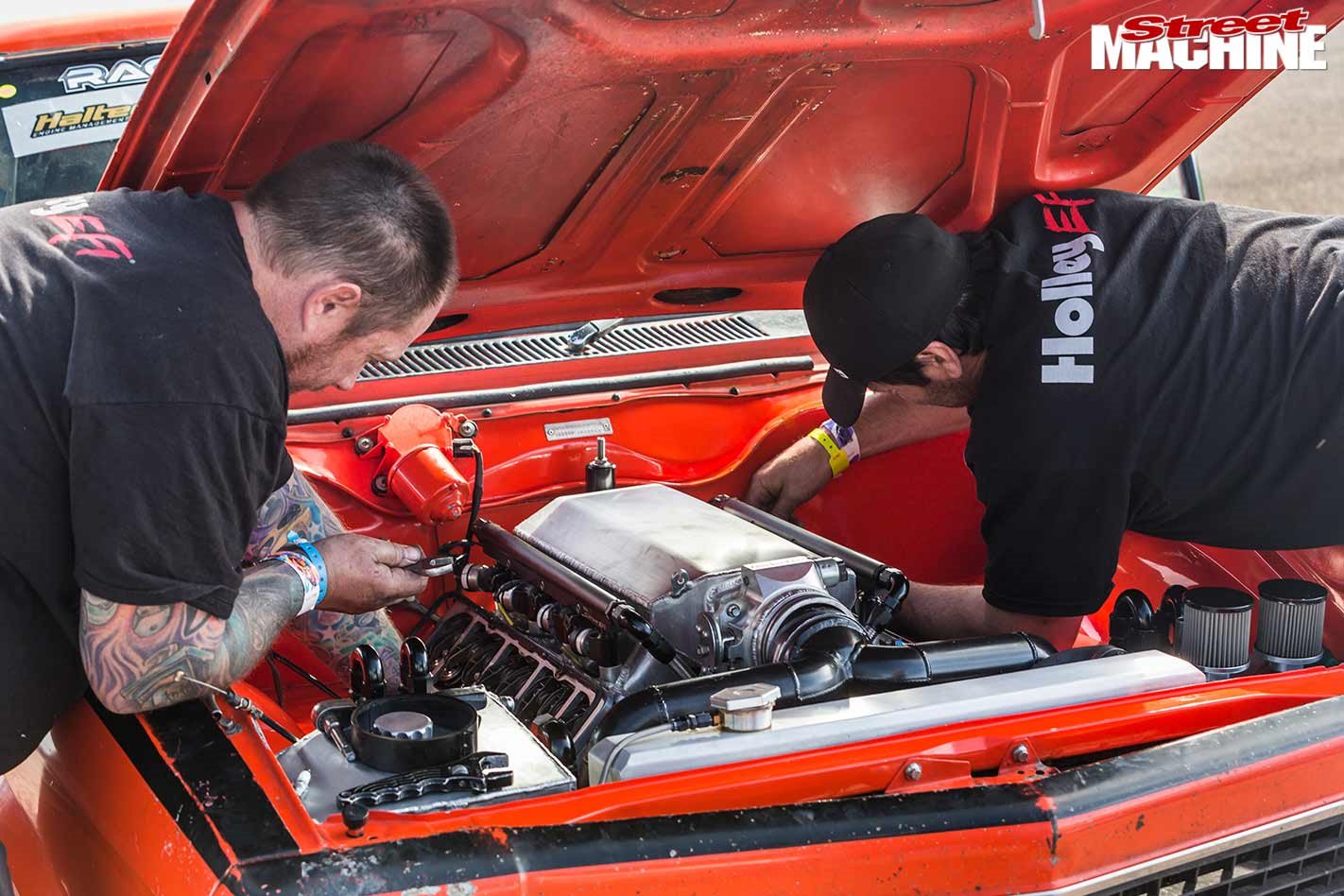 The maintenance schedule on the car is pretty simple, with just the plugs and oil changed between events. While Drewy does take on most of the work himself, he gets a lot of help from his mates, especially Tim Bailey, John Ricca from Race Parts Melbourne, the boys from Dandy Engines, Marshall Speed Shop and his brother Rod. The road to sevens has not been easy; with racing hard to come by in Melbourne, Mark’s had to travel a lot to get the car sorted – Willowbank, Swan Hill, Sydney – and when you look at his racing program you would struggle to find a more dedicated team.

Mark is clearly looking forward to the 2019 Drag Challenge, with a game plan of just being there on the last day and having good times with his mates. This year he is taking his young fella along, too. One thing’s for sure: old Crusty will be among the top runners.