JUST two weeks out from Street Machine Drag Challenge 2017, Mark Drew’s Crusty Torana was in a bad way. After the throttle stuck open at the end of a 170mph low eight-second pass through Calder Park’s traps, the car took a swing at the wall, ripped a front wheel off and did a whole lot of damage. Fortunately Drewey was unharmed, but the car looked like it was out of contention. 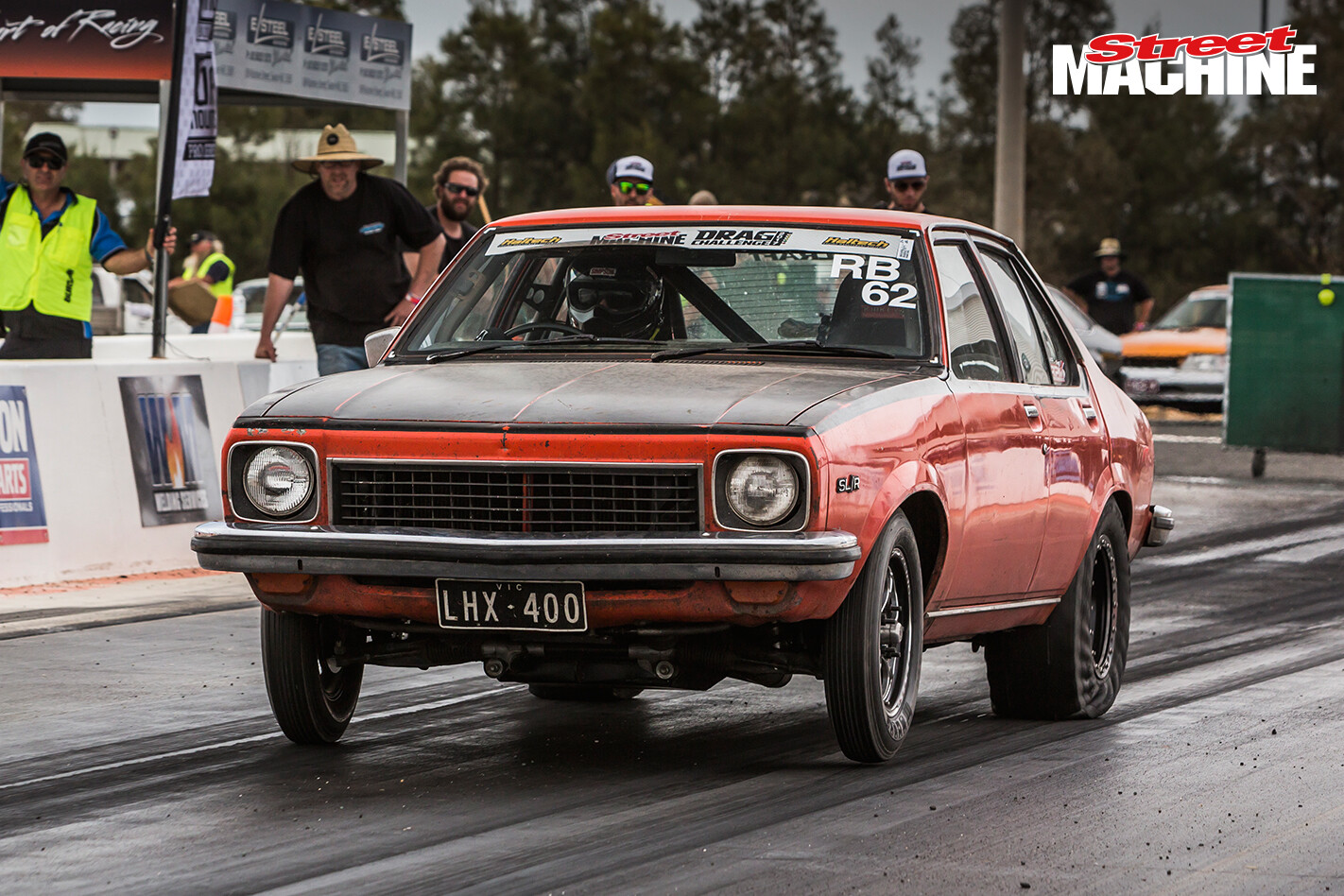 Thankfully the damage was limited to cosmetics and the Crusty Torana was back in the game. With a best pass of 8.146@171mph and a cumulative elapsed time of 30.025 seconds, Mark Drew finished just three-and-a-bit tenths shy of fellow turbocharged LS-powered Torana driver Quentin Feast. That put Drewy in second place in both the Outright and Haltech Radial Blown stakes – one better than his third-place finish in 2016. 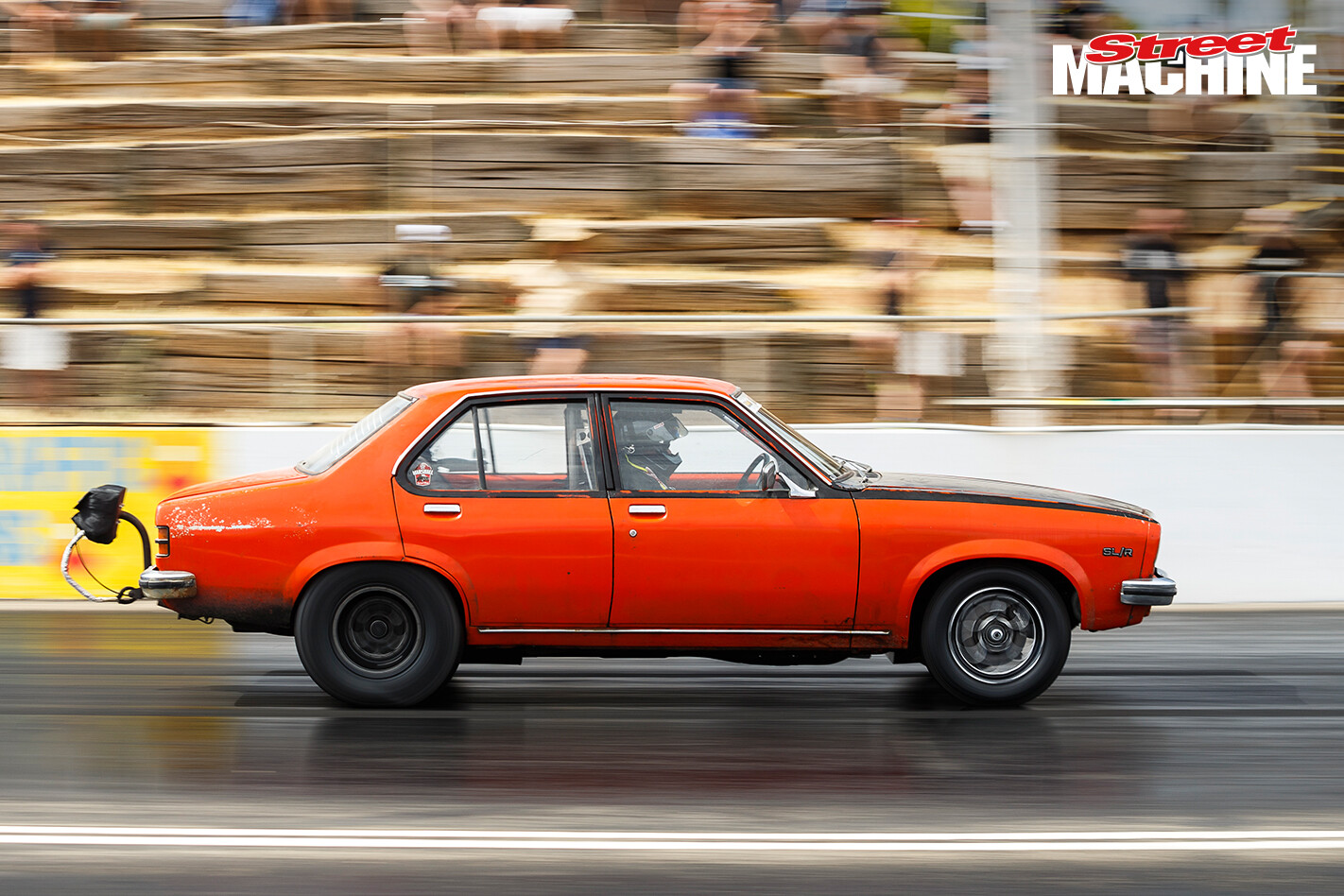 “It’s been going along not too bad,” said Drewy when we bumped into him in the lanes at Swan Hill. “We’ve had a few little dramas with fuel, but that’s just because of the heat. It went 8.20 this morning and we’ve taken all the power out of it out of the hole, then we’re just feeding it in. I’m hoping to finish, that’s the main thing. If we’re up there, we’re up there – I’m in it for me, not to be a celebrity.”

From then on the Torana threw a couple of curve balls at Drewy, including a charging issue that he was forced to diagnose and repair in the dead of the night and the pissing rain at Ararat, en route to Portland. Then coming into Adelaide on Day Five, a front brake caliper came loose. “It locked a wheel up at 110km/h with the trailer on,” said Mark. “I found a nut and bolt and made it work for the 100km drive into Adelaide, but coming down the hills with bugger-all brakes was a challenge.”

Other than those obstacles, the biggest challenge Mark faced was cabin temperatures of 58 degrees in the early stages of the week. The twin-turbo 427ci LS-based engine runs a water-to-air intercooler, which transfers huge amounts of heat into the cabin during the transport stages when it’s not filled with iced water. 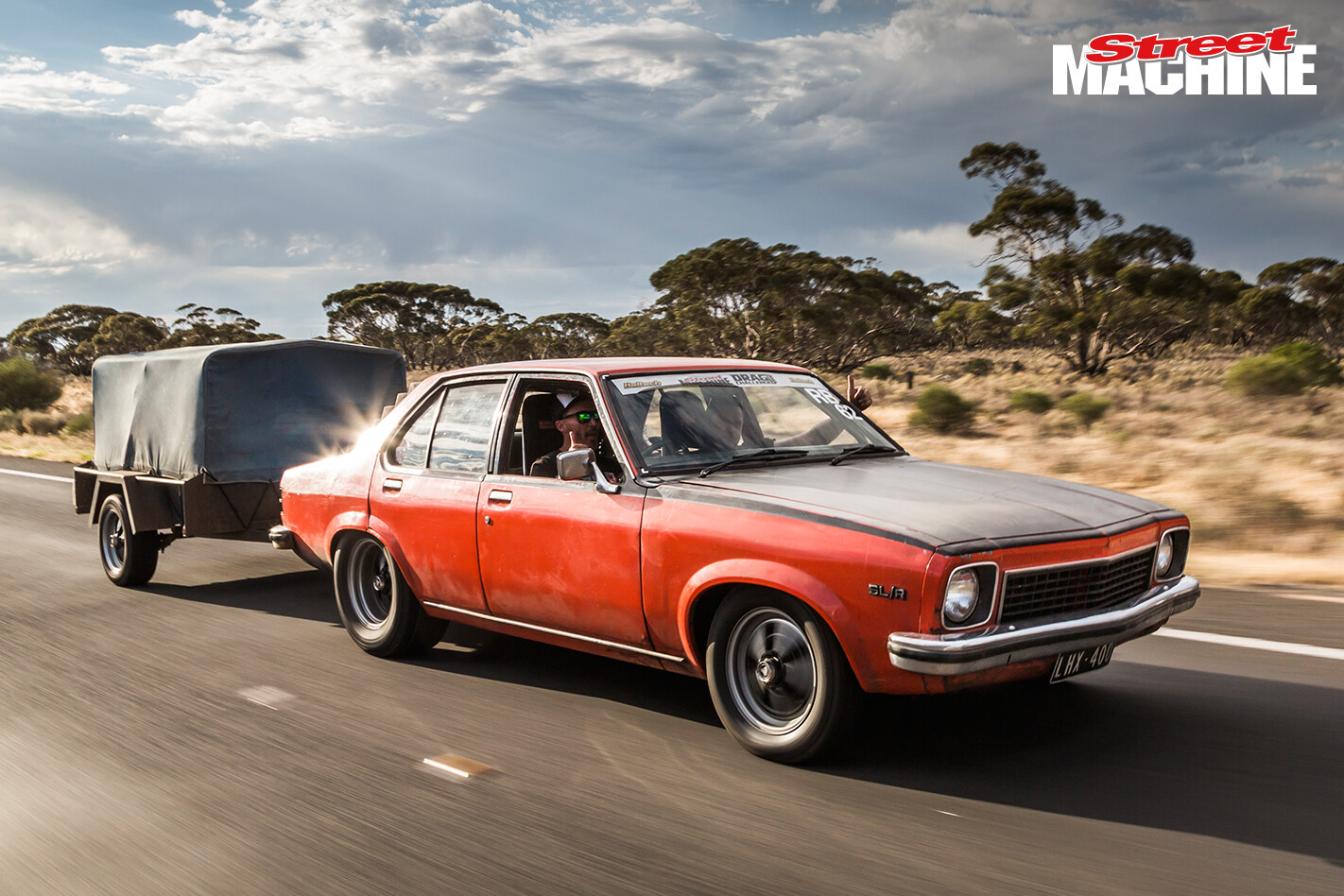 “The event was pretty hard going. The heat killed us, and then the rain… it was like four seasons in one week. But that’s what it’s all about; it’s all part of the challenge and if you can’t cut it, you can’t cut it. We’ll do it again next year, and we’ll throw some more power at it.”