Mark Stewart was living the dream at Drag Challenge, having not laid a spanner on his ten-second Torana all weekend

WHEN we bumped into Sunshine Coast racer Mark Stewart at lunchtime on Day Two at Warwick Dragway, he was one of very few Street Machine Drag Challenge Weekend competitors yet to put a spanner to their car. In fact, at that point in the proceedings, he hadn’t so much as lifted the bonnet on his neat little LH Torana. 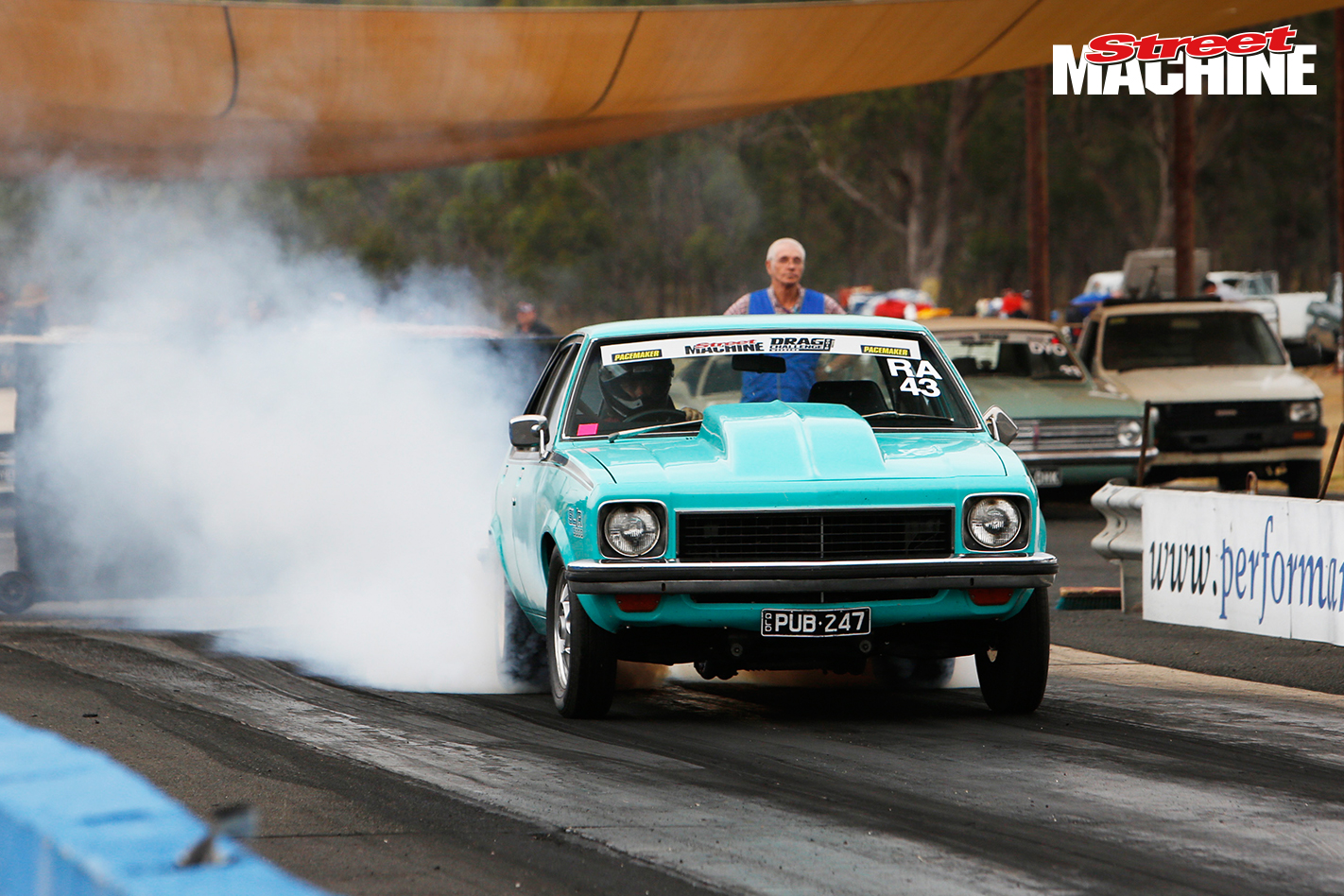 “It ran okay at the track on Day One; it went 10.77@128mph,” said Mark. “We only did two passes, then we packed up and hit the road. It travelled nicely and it was faultless on the road – we haven’t had a drama. We got a group of four cars together and we’ve all been travelling as a pack. It works well.” 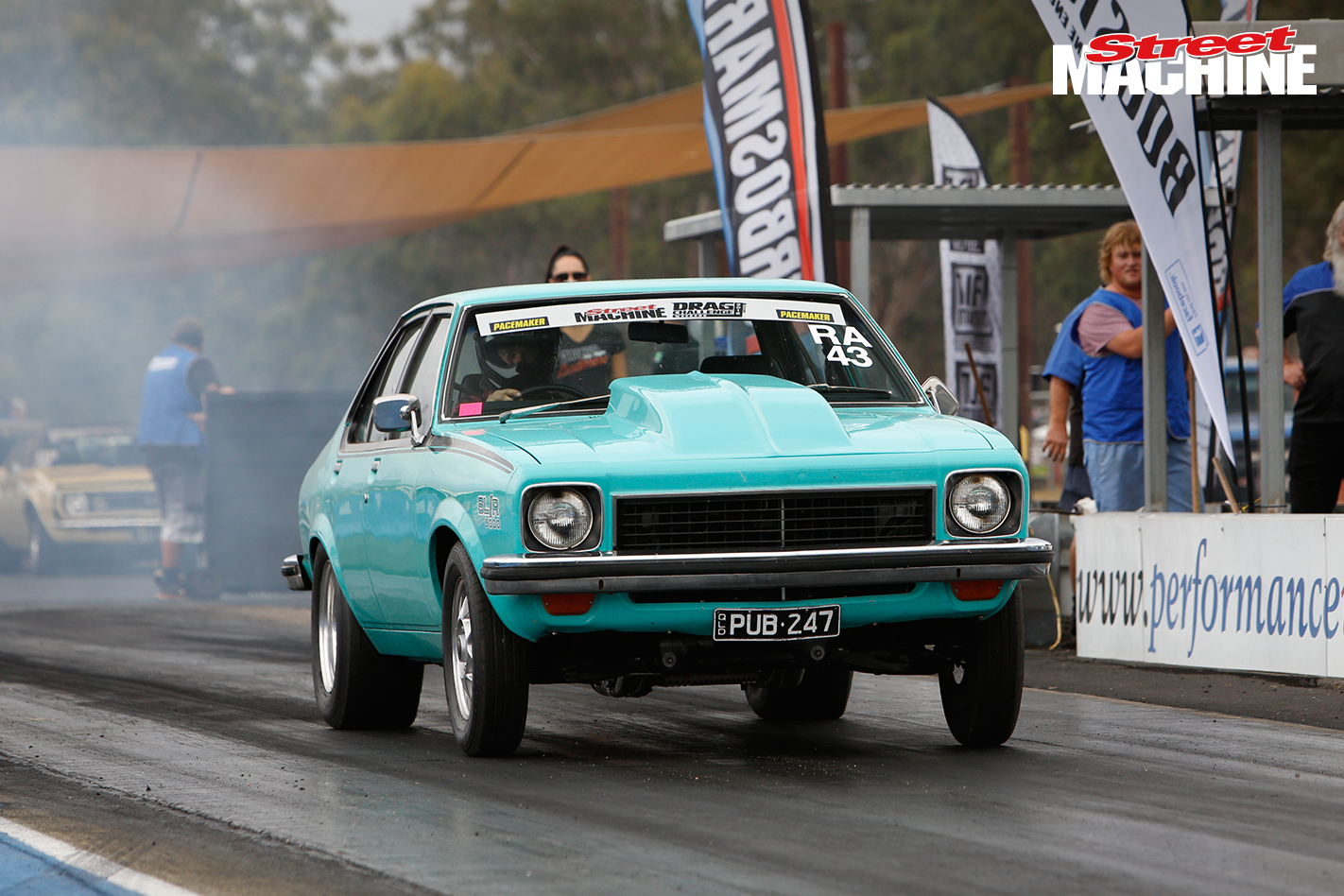 Mark’s Torry is powered by a pump-fuel, 349ci Holden stroker. “It’s just a good streeter; it’s no race car. It’s just a good reliable thing,” he said. “I just want to finish, and if I can run 10s all weekend without having to do too much work on it I’ll be happy.” 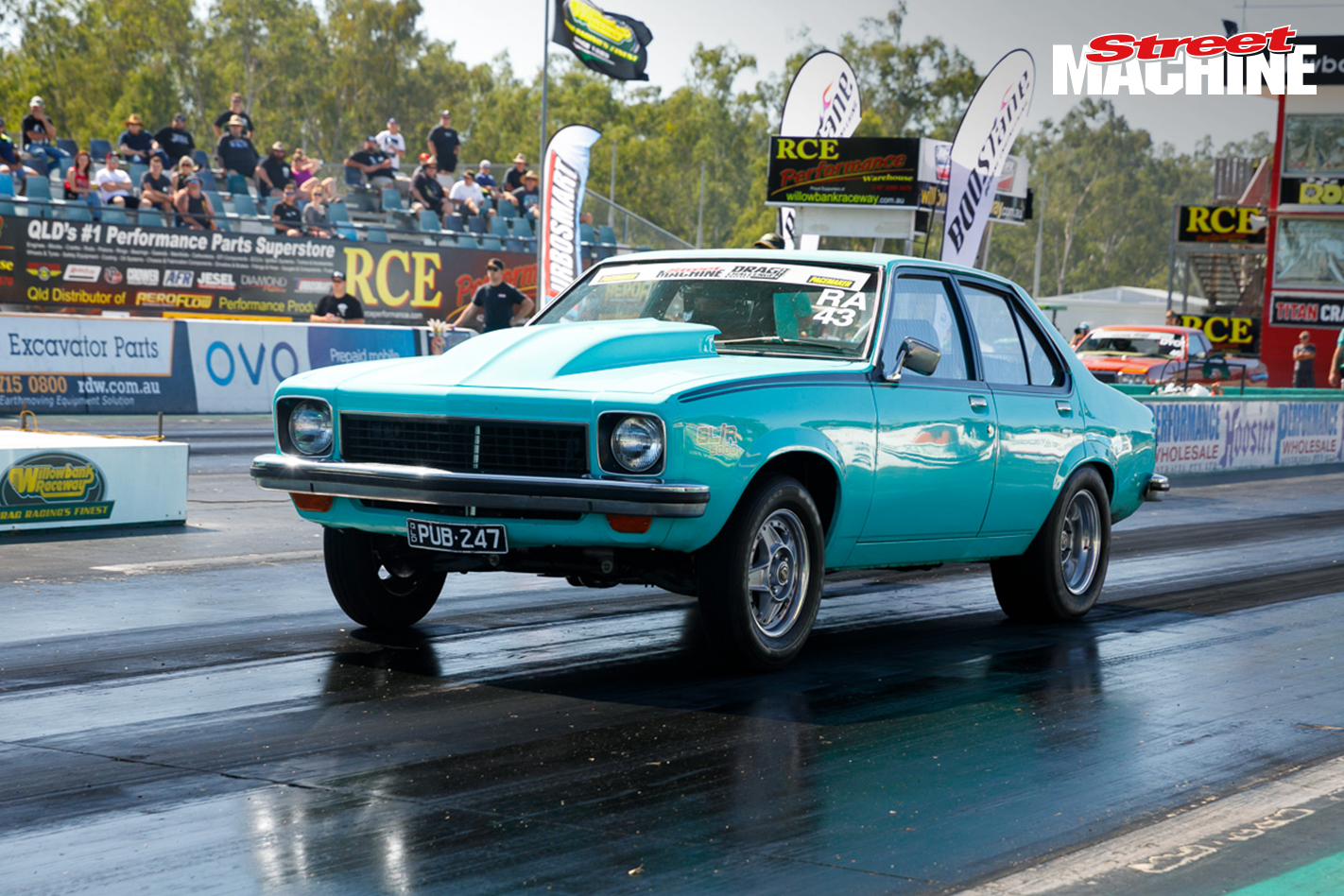 Sure enough, Mark and the Torana made it safely back to Willowbank on Day Three and laid down some more 10-second passes. Eating Drag Challenge Weekend for breakfast in your 10-second Holden-powered Torana with a bunch of good mates is our idea of living the dream! 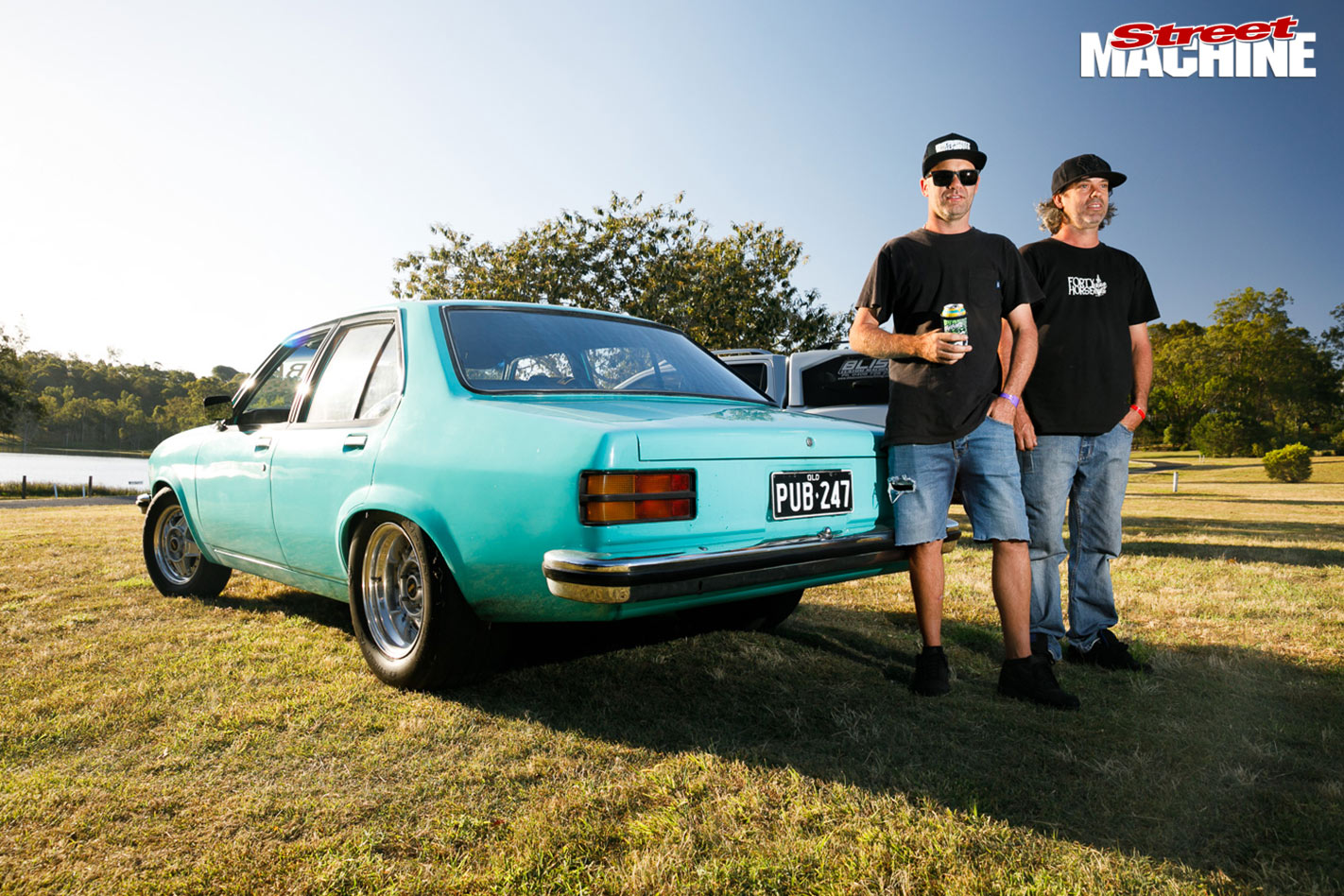