JAKE Edwards’ LH Torana has owned the Summernats Horsepower Heroes dyno competition for more than half a decade, run eight-second passes at the strip, and powerskidded the length of Sydney Motorsport Park’s front straight. But Jake reckoned driving the retina-bashing sedan on the road as part of the Drag Challenge 2018 Turbosmart Outlaw Blown class was what got him really excited. “I’ve owned this car since about 1993, but I think I’ve only done about 2000km in it in all that time,” said the Canberra local. “It’s been great doing all the other events with the car, but to be driving it on public roads after so long is just great.”

While Jake made over 2000rwhp with a 496ci big-block Chev and a ludicrous 114mm turbocharger, the LH fronted at Calder Park for the start of Drag Challenge with a 355ci Holden stroker running HQ iron heads and a custom 76mm Garrett turbocharger, helping the bright yellow sedan make 711rwhp on Jake’s own dyno. “I had almost everything lying around in the shop, so all I had to buy was the cam, rings and bearings, and Craig Bennett gave me the intake manifold,” he said. “I had an old Torque Power one, but he wouldn’t let me run it, so he shipped me this one!” The non-intercooled donk runs a tame 8.2:1 compression ratio, and Jake was limiting boost to start with: “I’ll run 15-16psi to start with, but I’d like to see what it can do on 24psi.” 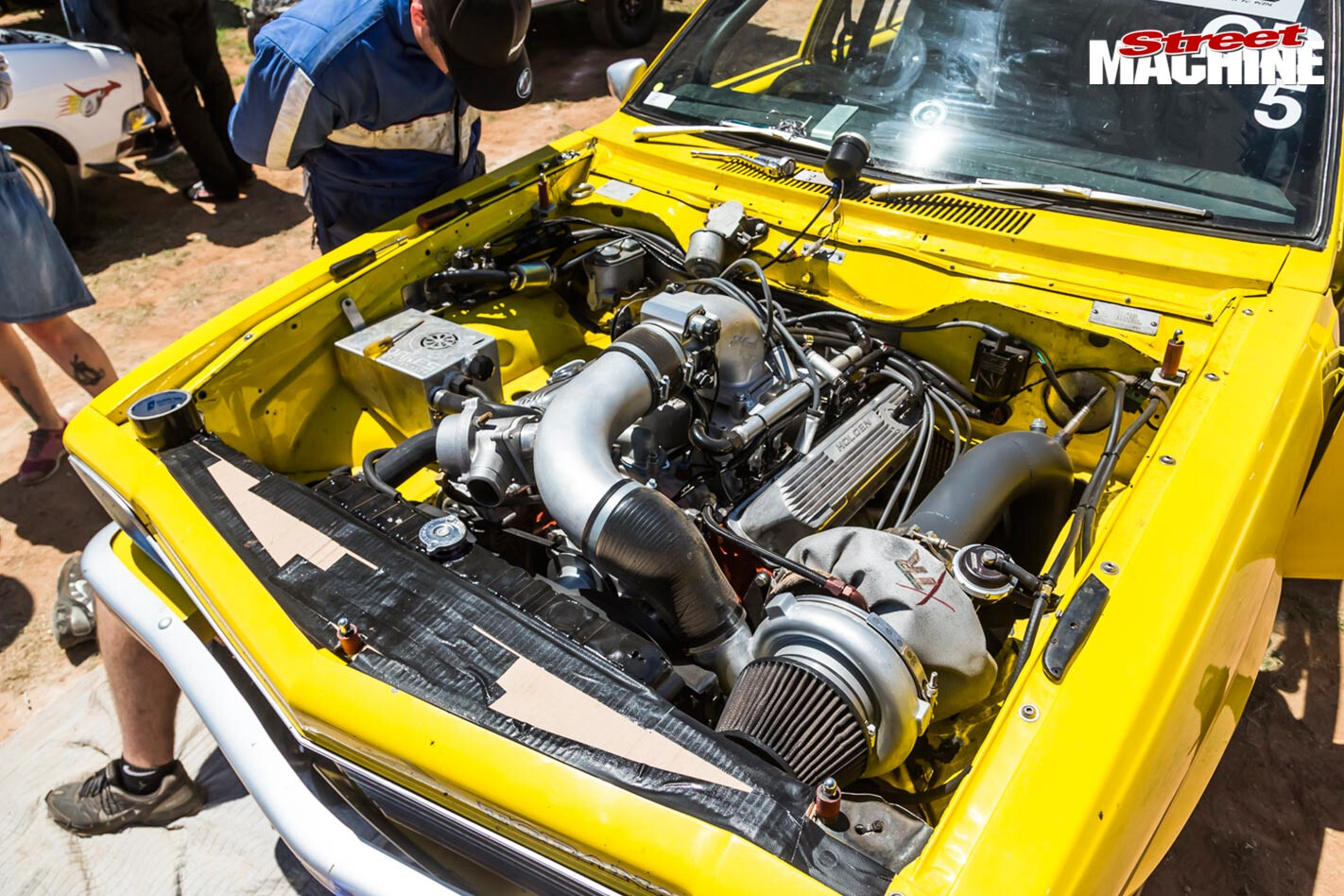 Jake ended up running a 5.90@118mph on the Mildura eighth-mile, before blowing one header apart on his first run at Swan Hill on Day Four. His 11.92@72mph was enough to keep him in the game though, so he patched it together for the final road leg and went hunting for a new Holden cast header. He made it back to Melbourne for Day Five to round out the week with a 7.71@136mph over the 1000ft at Calder Park, enough for him to finish eighth in Turbosmart Outlaw Blown and take home the trophy for Quickest Holden-Powered vehicle. His best time for the week was 9.51@146mph on Day Two at Swan Hill. 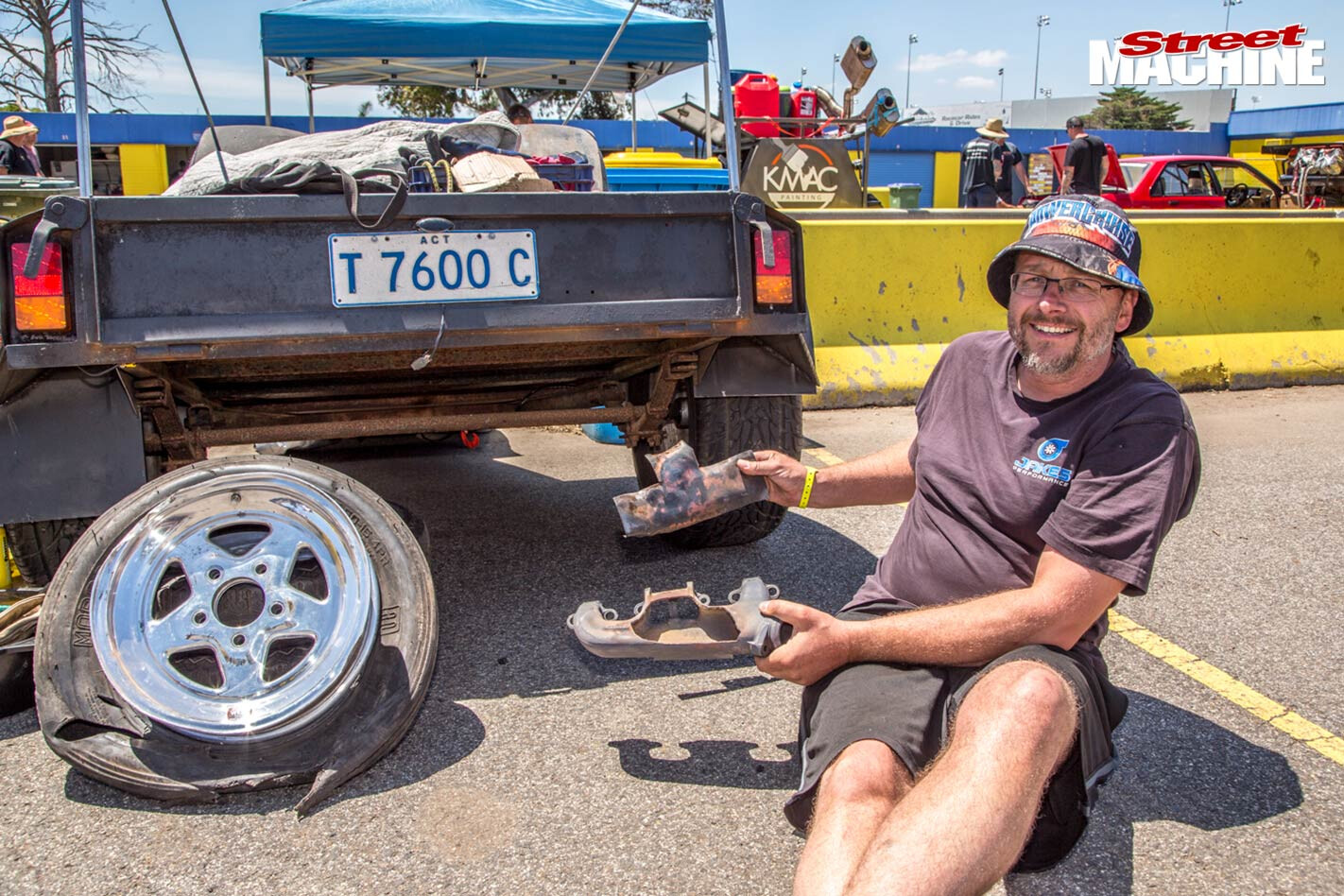 “My goal was to run a nine-second pass at each track; however, this car has done eights with similar power figures in the past,” Jake said. “Ultimately, Drag Challenge is such a torture test I’m thankful just to get to the end of it with the car in one piece. It is a genuine SL/R, so I think the Holden nuts are going to want to kill me!”