MARK ‘Bushy’ Busscher competed in the 2016 Street Machine Drag Challenge in his toughened Holden Adventra. He vowed to return in 2017 in an HQ One Tonner, but just missed out on starting, so this year he made sure he well and truly made up for that absence. His new full-chassis HQ Tonner is drowned in matte-black and houses all the goodies required to complete the gruelling road kilometres while cracking impressive times on the track. 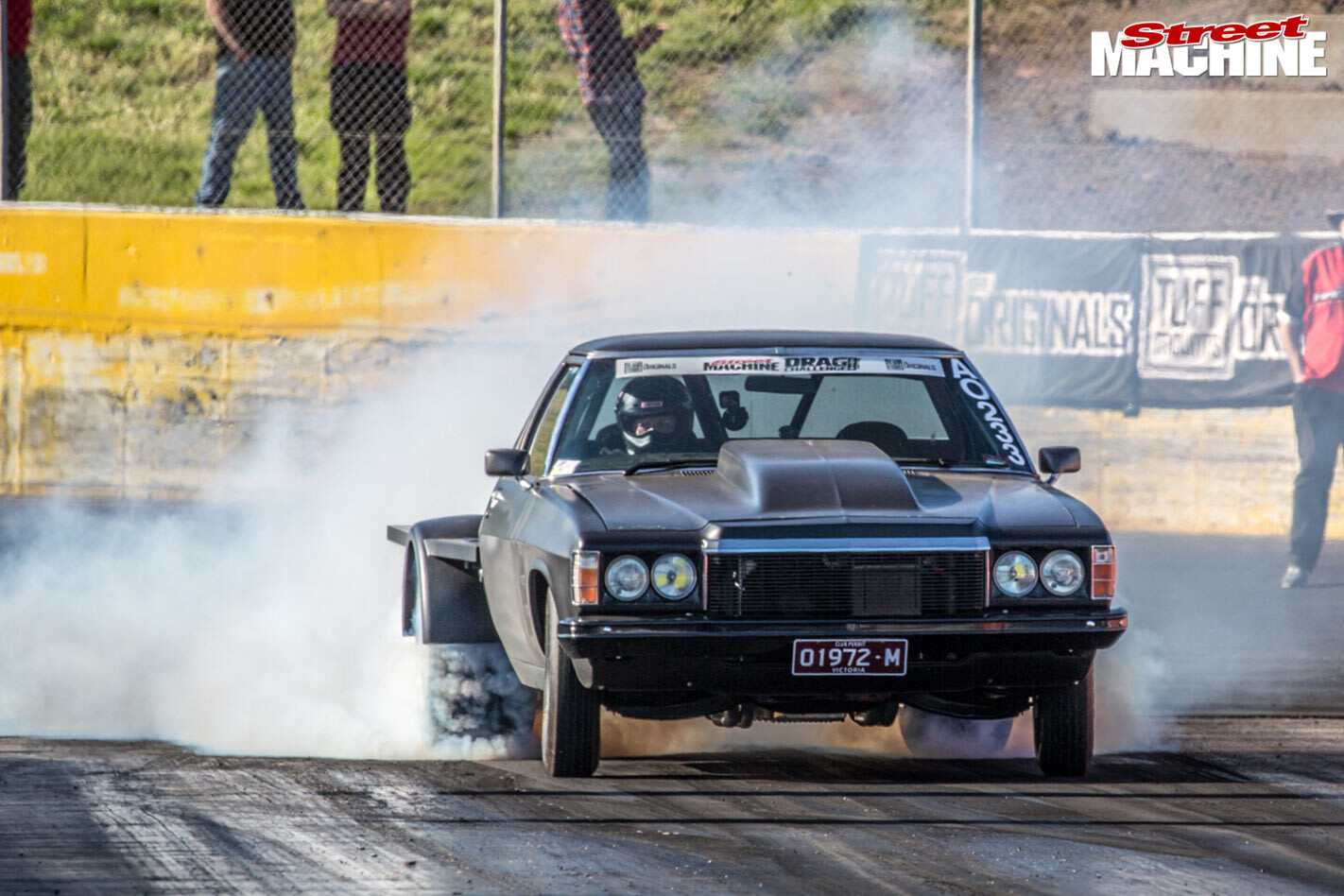 The 416-cube LS3 donk was lifted from the Adventra, and has been set back in an effort to get weight to the rears. On top of the LS sits a Holley Dominator 1050 HP carby feeding a CID intake, while behind is a Rossler Pro-Mod TH400 that can cop 3500hp – future-proofing for the potential eight-second donk Bushy wants to slide in next.

A 5500rpm 9½-inch Dominator converter with a transbrake gets it off of the line, while a Competition Engineering third member gets the power to the ground, stuffed with a Mark Williams Pro Series centre and 40-spline axles, diff pump and 4.22s. 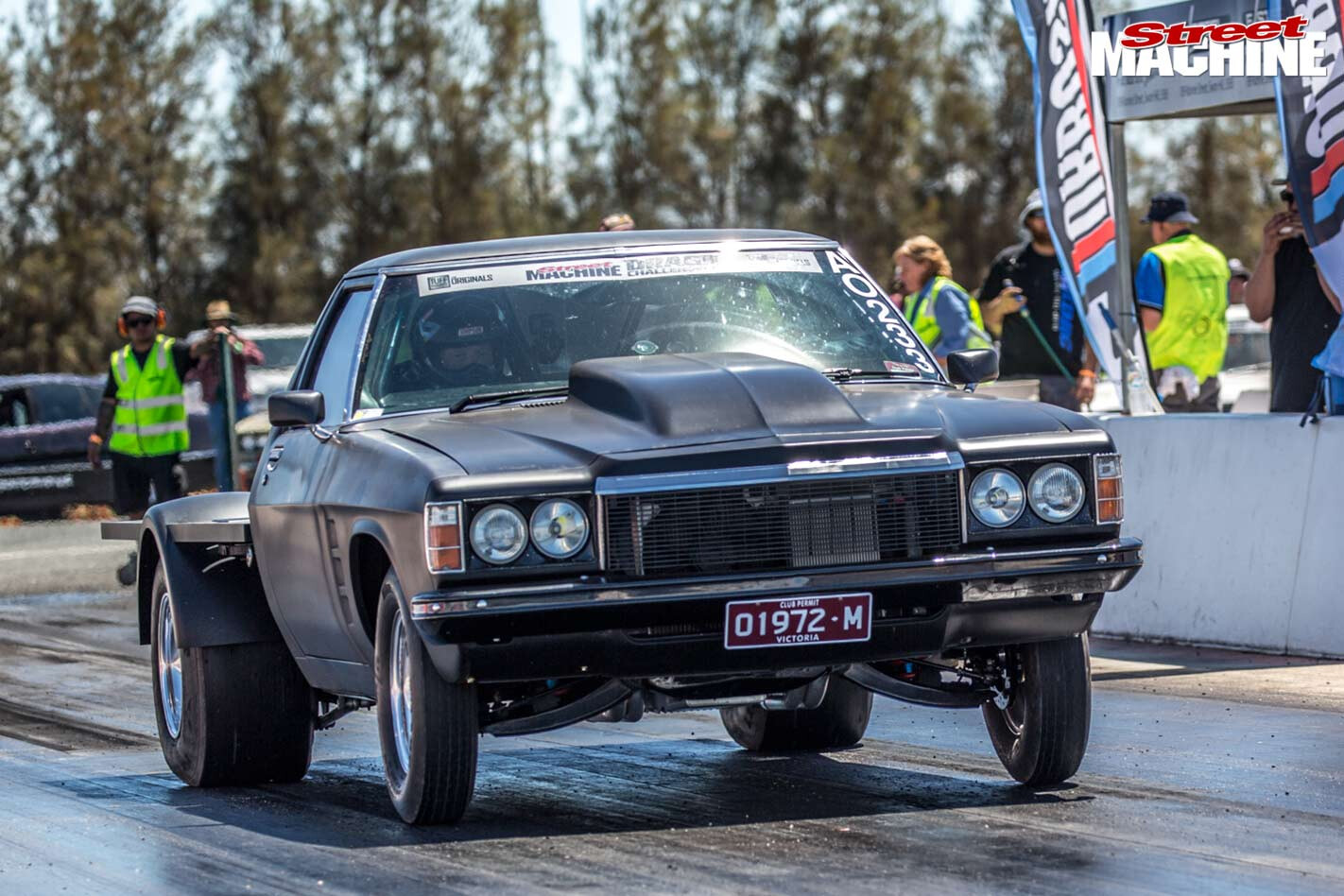 “It should be good for 720-730hp, and it’s a 1595kg car,” Bushy said. “I build endurance motors for a living – this motor has done 40,000km. The first time I raced the Tonner it blew the diff, and the second time it swallowed a rock, which destroyed four pistons.”

After all of that, Bushy managed a strong 9.73@136mph at Swan Hill before Drag Challenge 2018, though the Tonner’s first road kays were on the cruise to scrutineering at Calder Park on Sunday. “I built it all myself; the car’s nickname is the ‘F**king Vernier’, due to the high tolerances that I’ve created. Apparently next time I need to use a tape measure instead of the vernier!” he laughed.

At the back, Bushy’s created a removable alloy tray, which plays a vital role in rear rubber removal. Once it’s off you can see the strength of the build, from the CalTracs and AFCO shocks to the monster tailshaft running down the centre. Yet it was the fuel pump that held the Quey back from its full potential at DC ’18. “I’m four-tenths off where I should be,” said a frustrated Bushy on the morning of Day Three in Mildura. He and crew-mate Paul Clark rebuilt the pump, but when the issues continued they put the ‘monster’ pump on for Day Four. And while it wasn’t enough to find the 9.7s, Bushy’s Quey was right on the tail of Daniel Cassar’s ’32 coupe all week to finish second in the Tuff Mounts Outlaw Aspirated class.

“I just wanted to go out and have fun,” Bushy said. “When and where else do you get to drive your car all week? I wish we had another three days of it!”