LAST we saw of Wodonga’s Dusty Benson, the rear end in his turbo LS-powered VC Commodore had exploded all over the startline of Adelaide International Raceway on the final day of Street Machine Drag Challenge 2017. It looked like a shattered diff housing and broken tailshaft on initial inspection, but the damage was actually far more extensive. 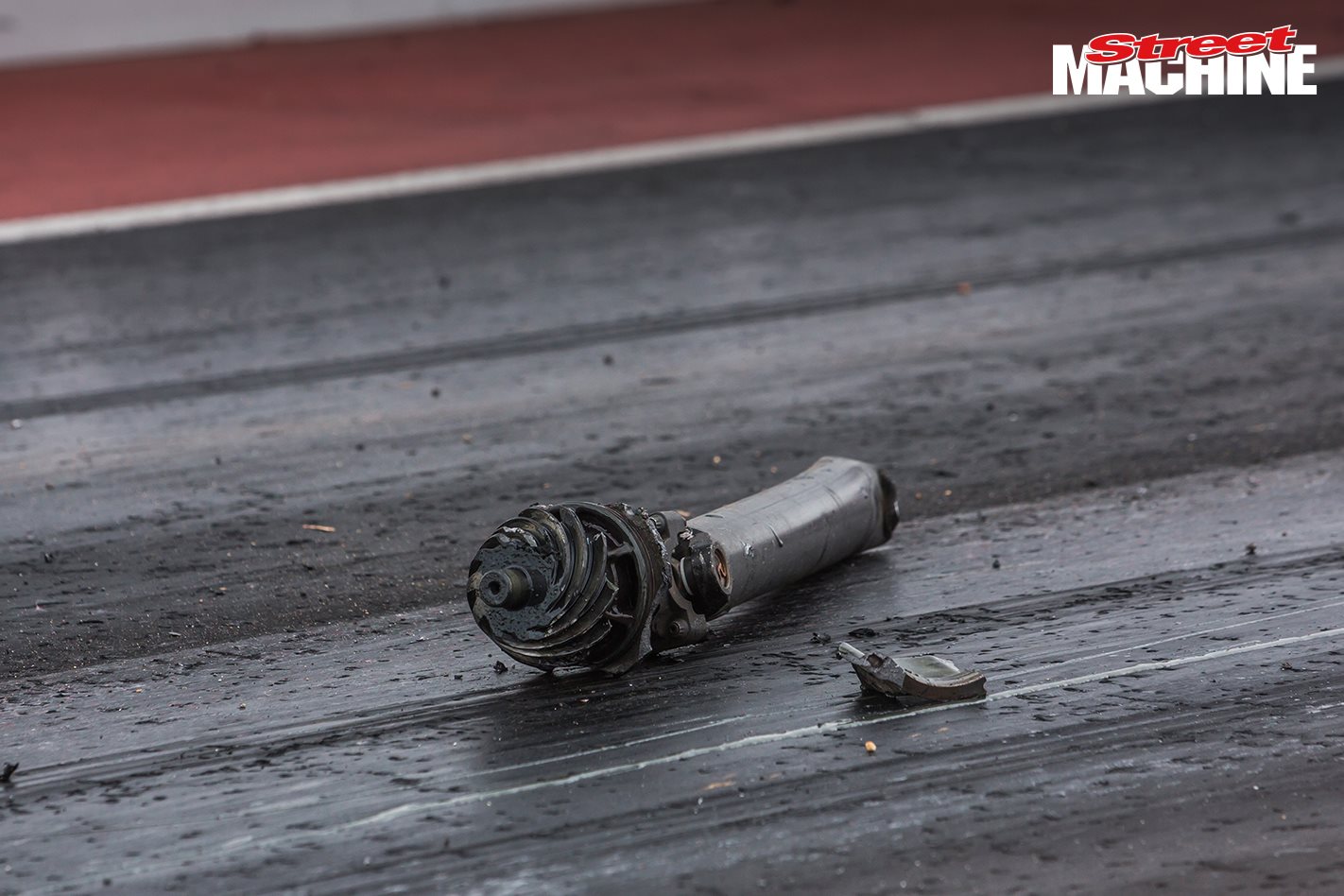 “We broke the diff centre, which damaged the housing; then it ripped the pinion out of the tailshaft and snapped the shaft in two,” Dusty says. “But the tailshaft was still attached to the transmission and once she let go it did a heap of damage forward of the nine-inch rear end.” 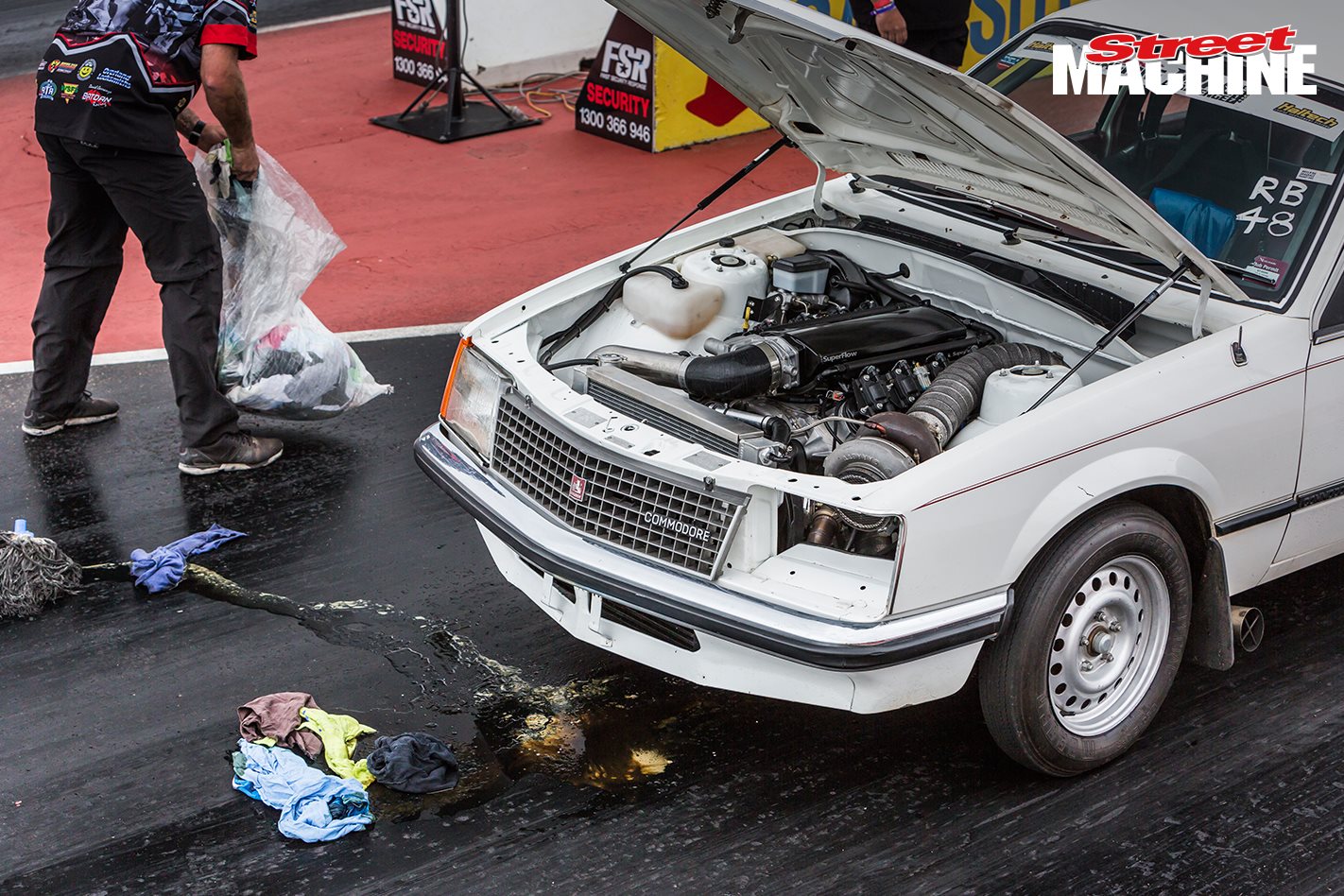 It smacked a basketball-sized dent in the rear floor and snapped the transmission mount, which then caused the two-speed Powerglide to break away from the motor. “When the gearbox detached from the motor it snapped the wings that hold the motor and ’box together, so the engine block couldn’t be reused,” Dusty says. 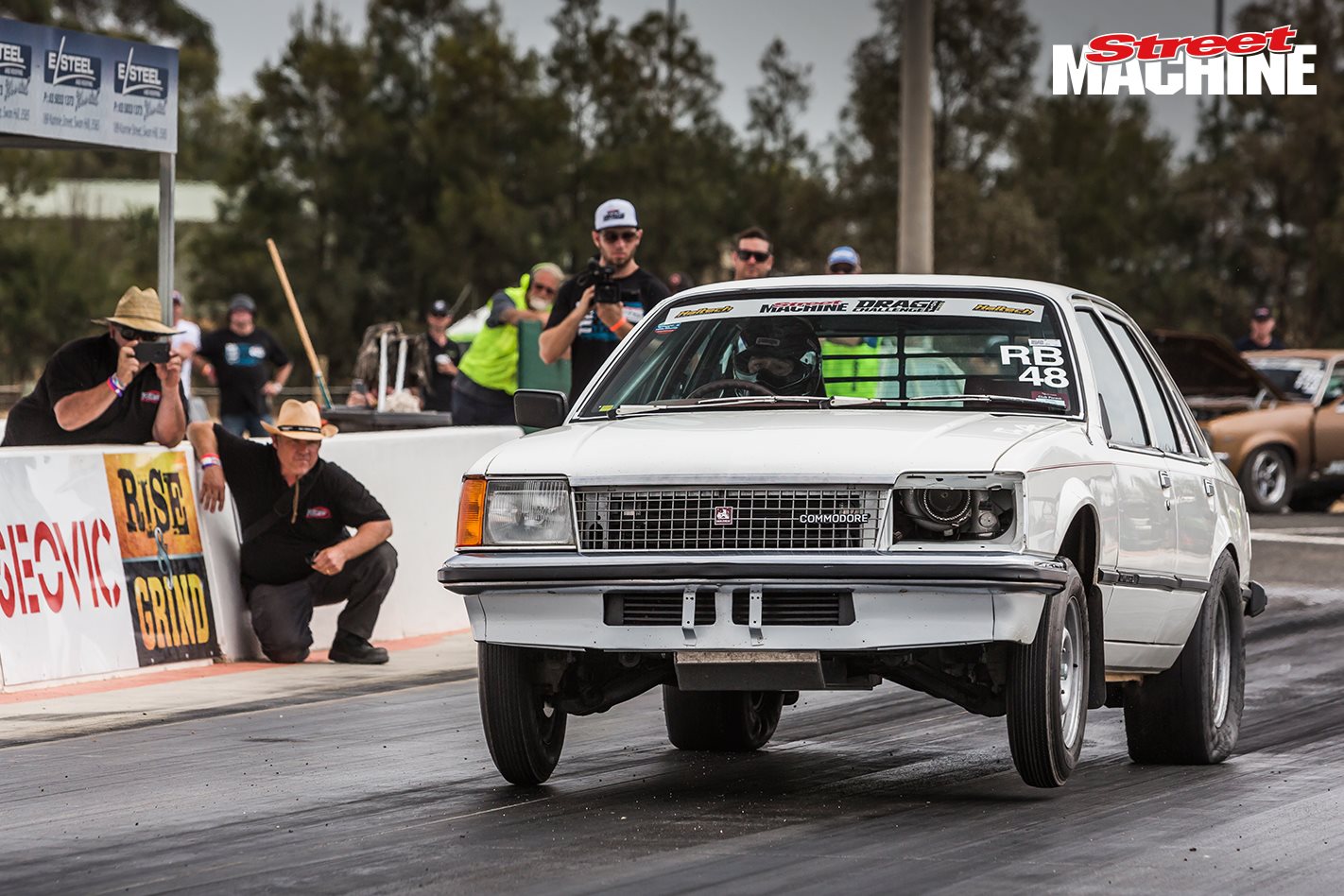 At Drag Challenge in 2016 Dusty raced the sleeper-spec VC with a stock-bottom-end 6.0-litre LS and single turbo, which went 9.30 down the quarter. Last year he stuck a set of rods and pistons in the stock-crank-and-heads donk and went 9.21@152mph in the heat at Swan Hill Raceway. The next day the conditions were perfect for another PB, but as we know, it wasn’t meant to be. 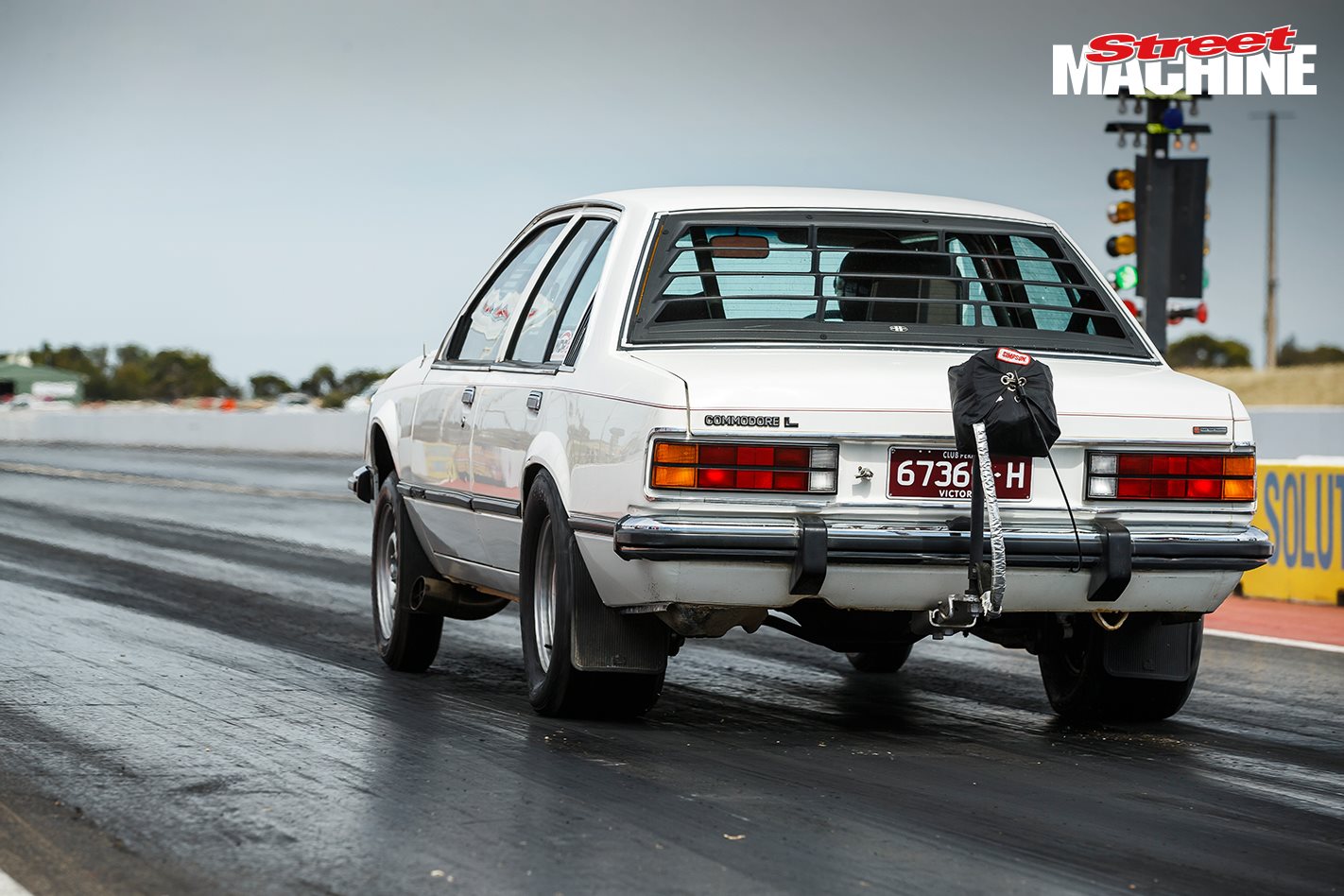 This has now prompted Dusty to do a complete ground-up rebuild on the car, with a brand new rear end and a new engine combo. The only parts salvaged from the old driveline were the Powerglide trans and the rods and pistons from the damaged old 6.0-litre. 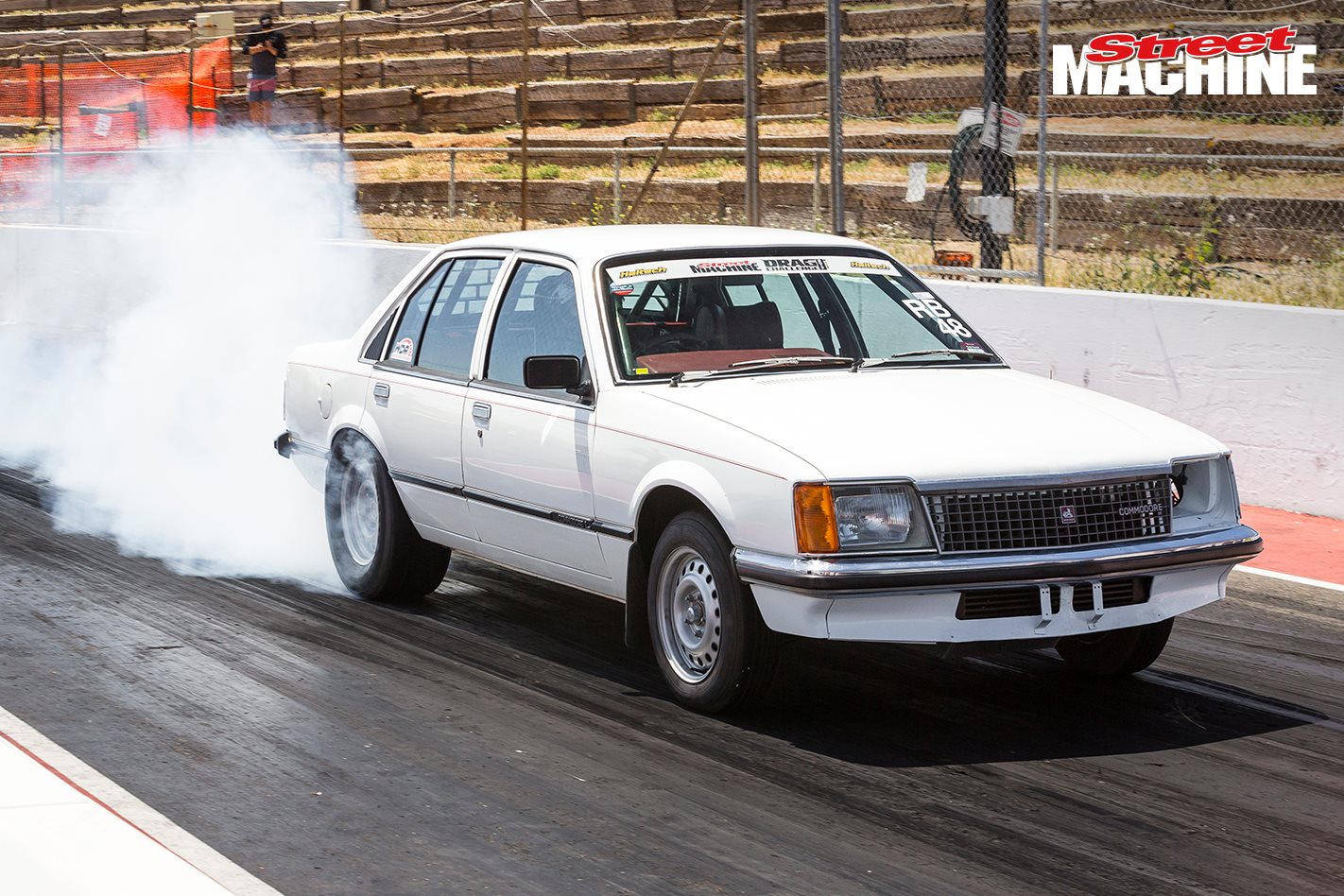 For the new combo Dusty has once again used an alloy 6.0-litre LS as his start point; however, that’s all he’s keen to reveal for now. “We’re doing something new this year and aiming to go a little quicker,” he says. “The new engine has just recently been on the engine dyno and we’re looking at around 300hp more than last year. 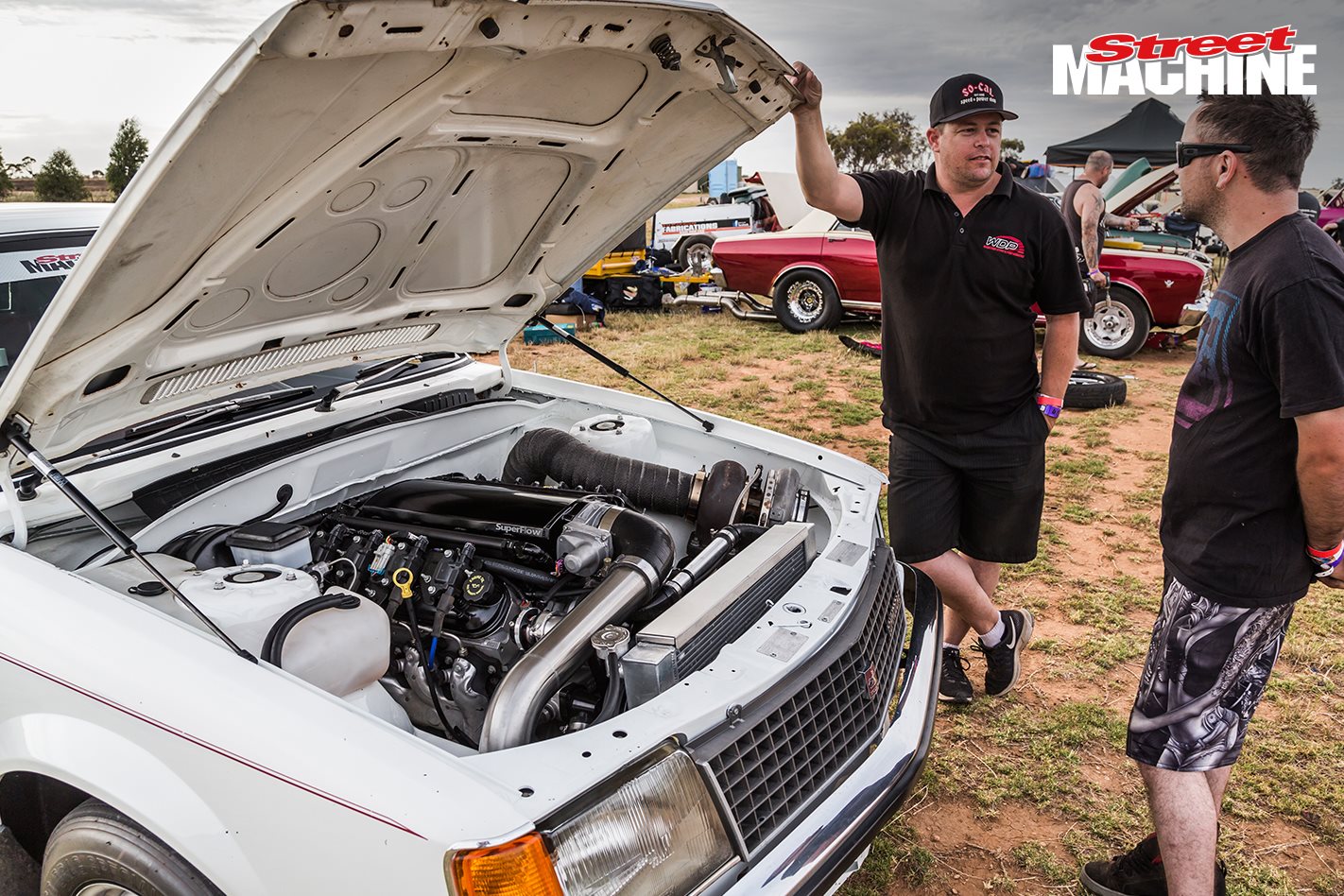 “The previous set-up was put together on a very low budget, so this time we’re doing it a bit better,” Dusty continues. “We want to do it properly and try not to have any breakages.” 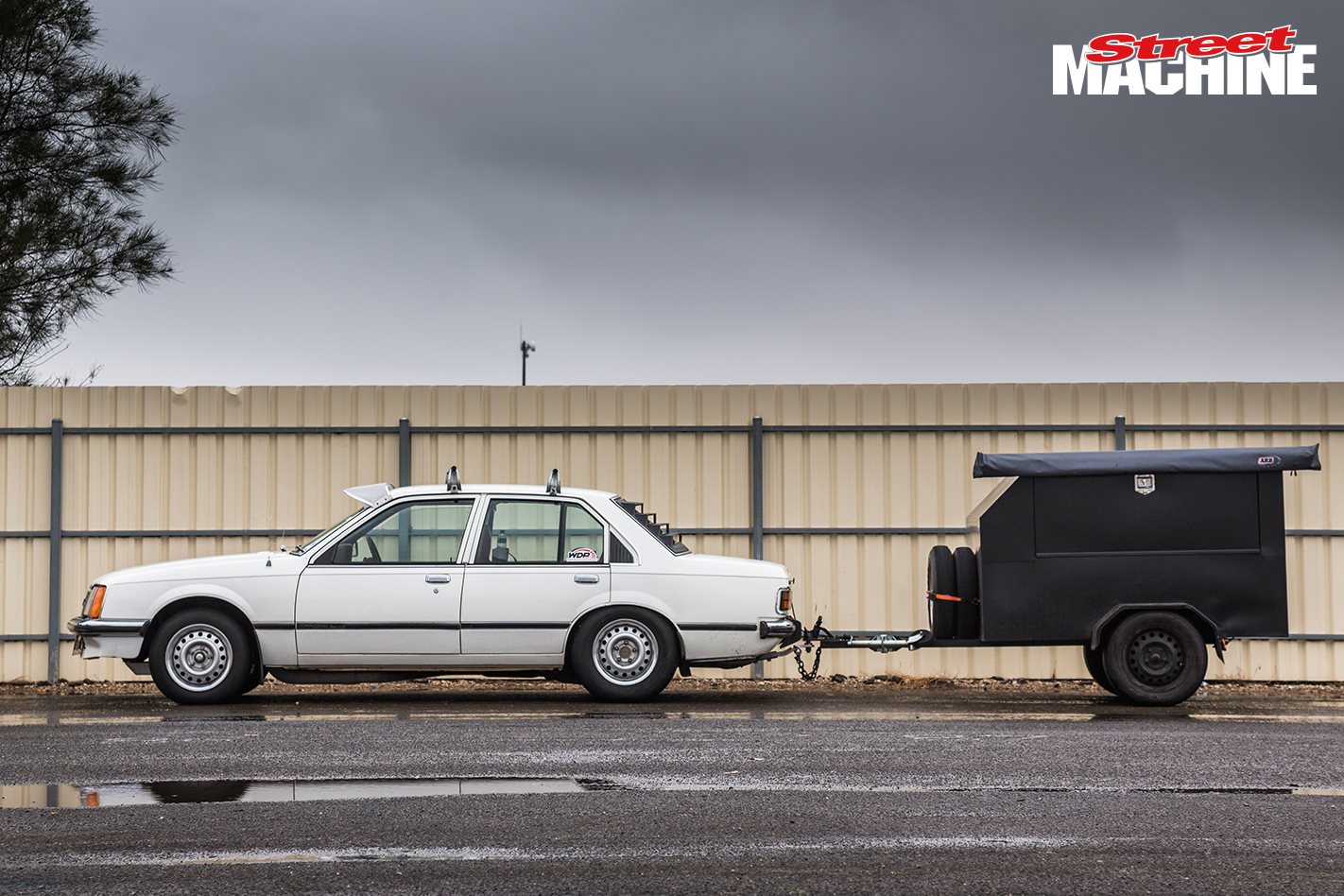 Dusty will be joined by three or four other cars from Wodonga’s Webster’s Dyno & Performance at this year’s Drag Challenge, including an LSA-powered LX Torana sedan, Adam Styles’s twin-turbo LC Torana, and a tough Barra-powered FPV Typhoon.