MICHAEL Titmarsh’s Cortina made it within 30km of finishing Drag Challenge last year before it grenaded its engine, and Mick was not going to let that happen for the first Street Machine Drag Challenge Weekend in his home state. Running in Tuff Mounts Radial Blown, Mick was the only car running nitrous as the sole power-adder. 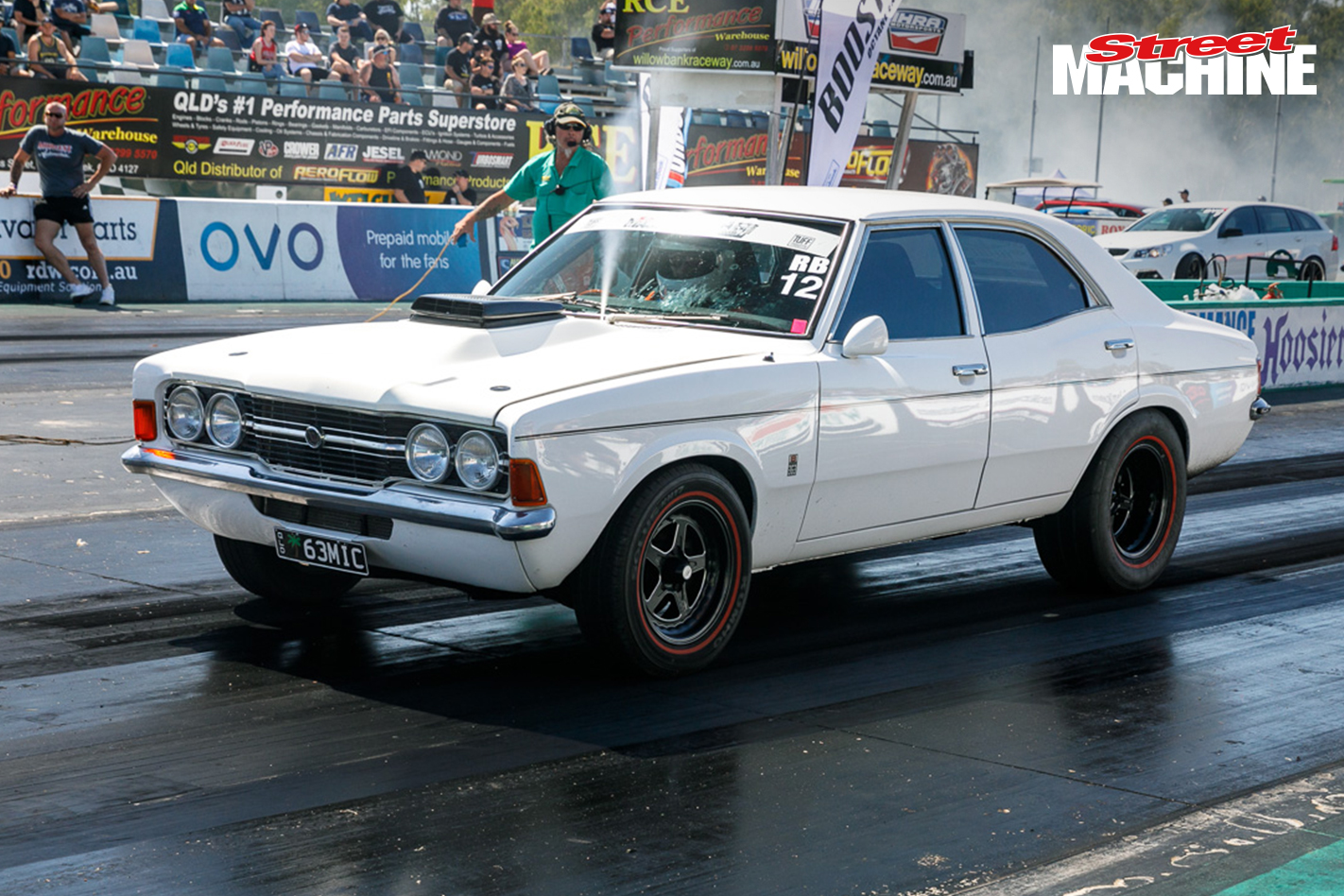 “I drove it seven hours to get here and I really want to drive it all the way home,” said Mick at the start of the event. “It is a 363ci Windsor with FiTech EFI, a 120hp hit of gas and running pump 98 fuel, and it has run 10.50@132mph. Towing the 400kg trailer means it can get warm though, so we have to watch that going up and down the ranges.” 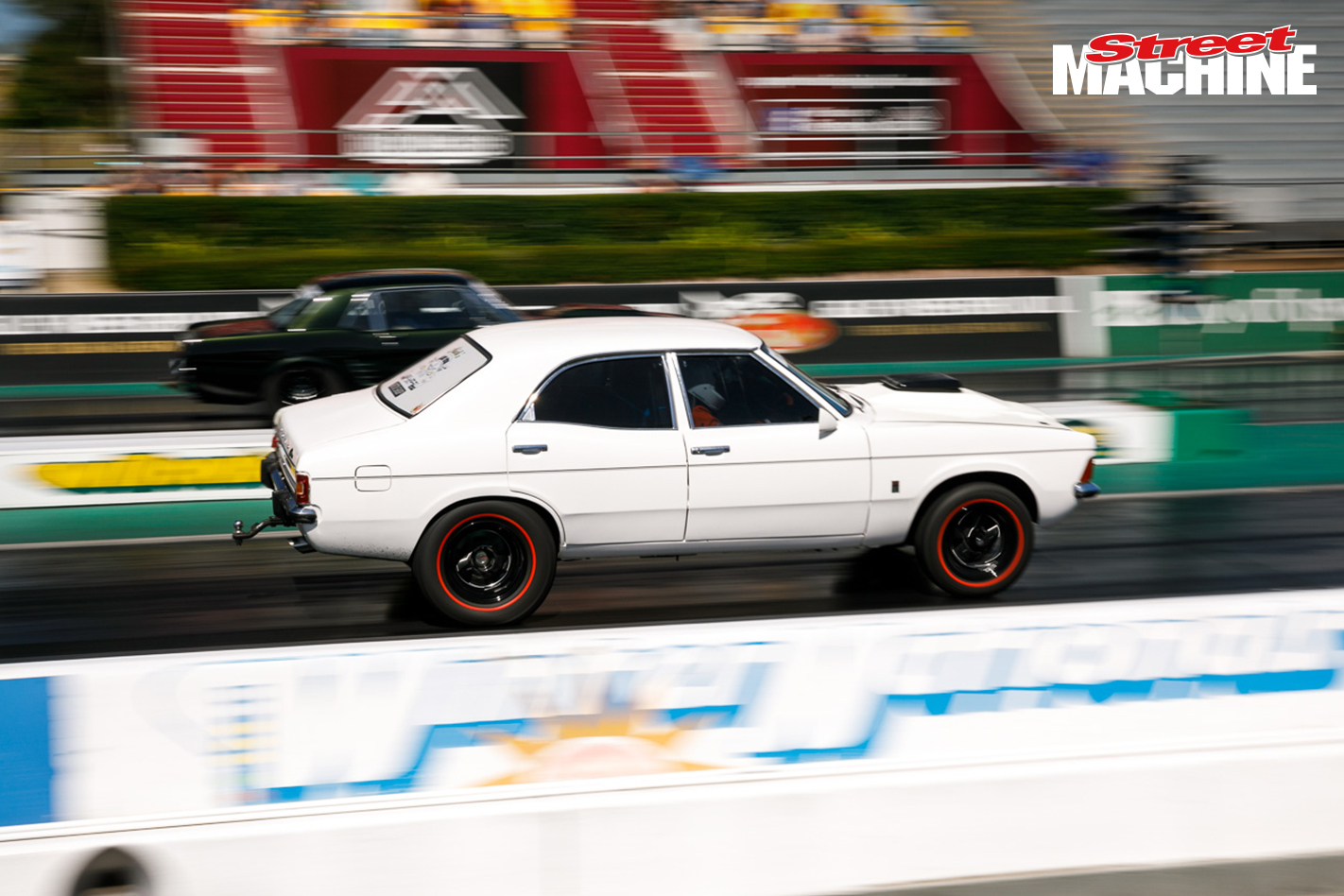 Mick struggled to get a clean run together on Friday, eventually finishing with a 10.7@127mph. He hit the road to Warwick and found the transmission was getting hot going up Cunninghams Gap. 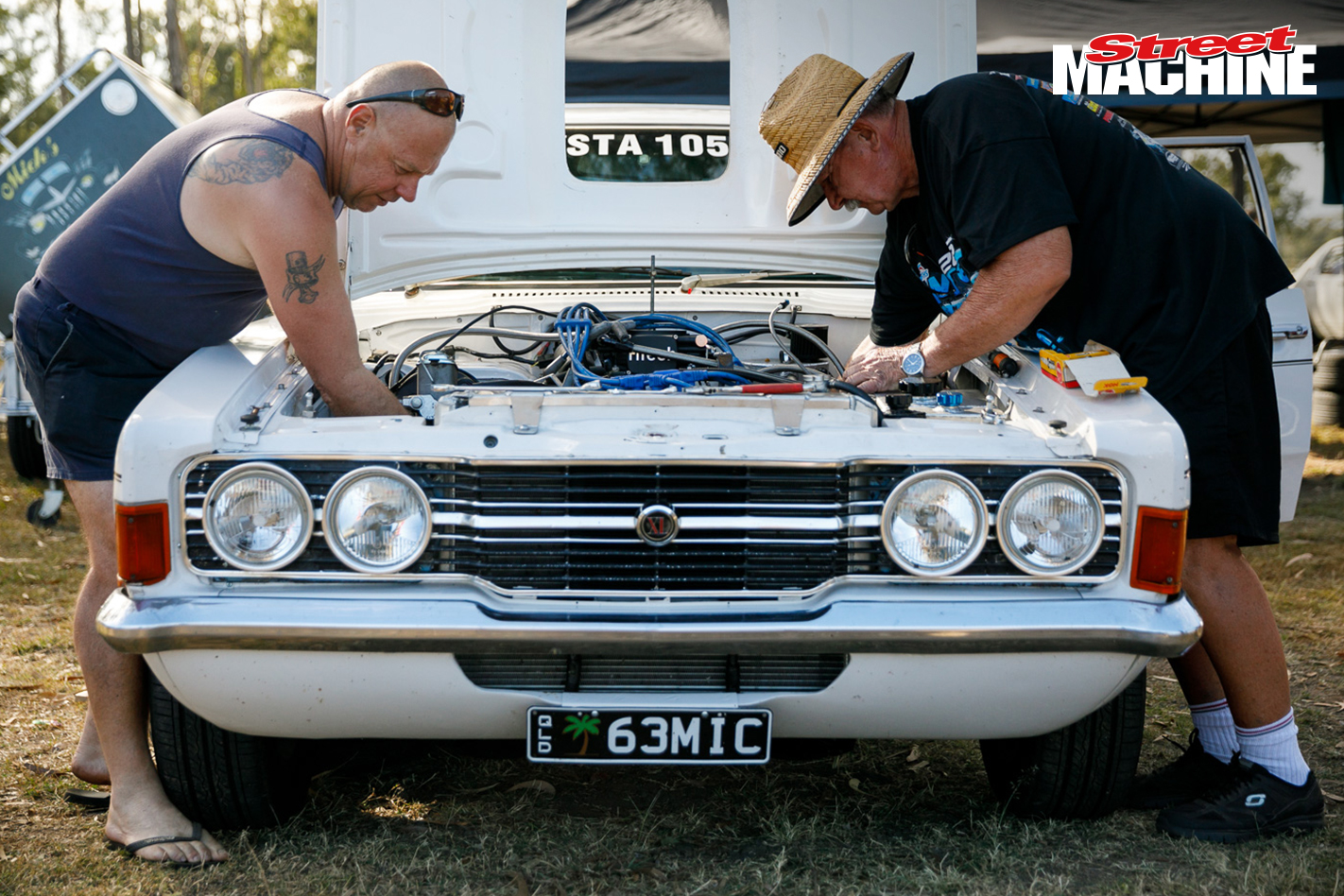 Once at Warwick, the Corty ran a best time of 6.8@104mph, before Mick headed back to Ipswich for Sunday’s tilt at Willowbank. 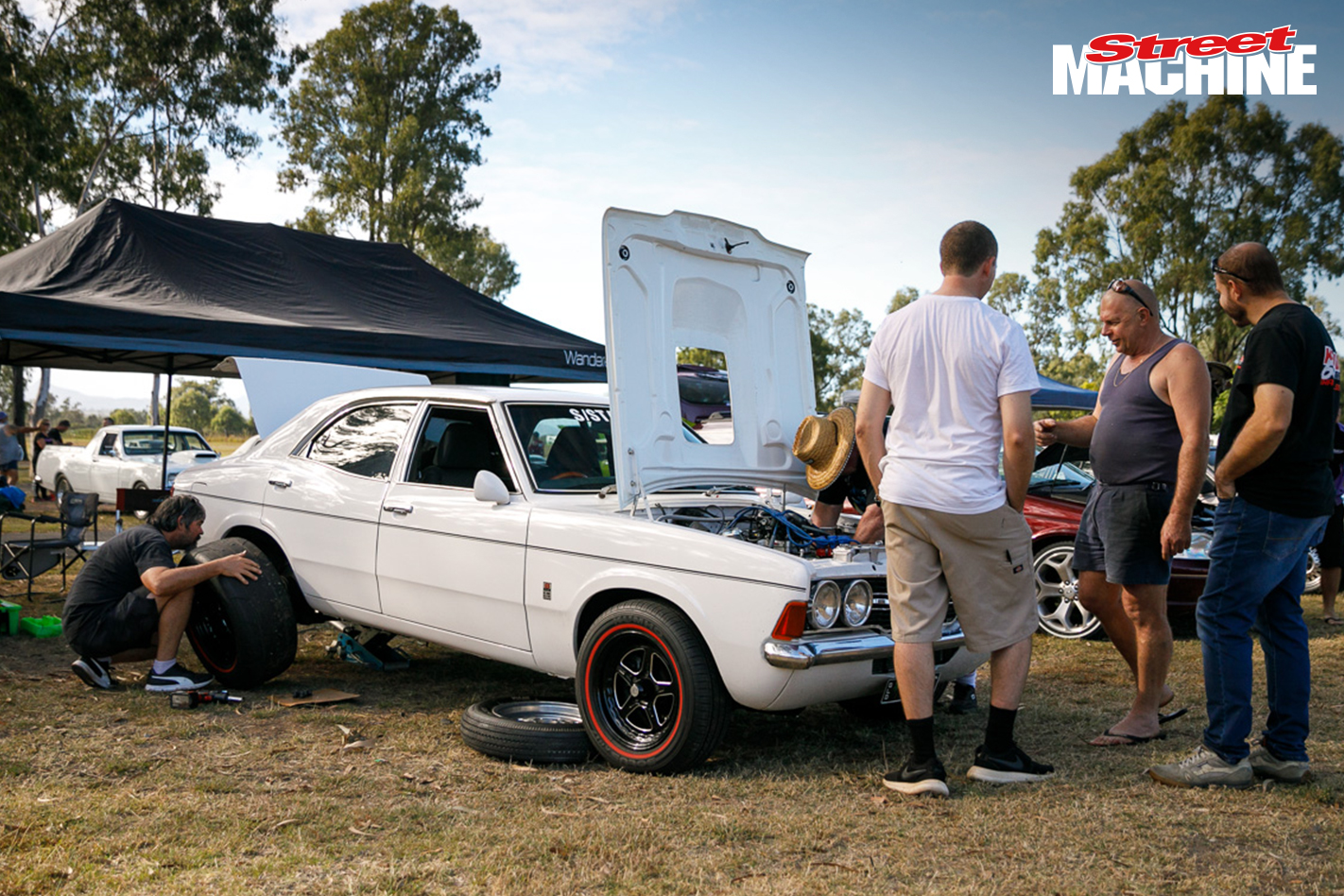 Sunday saw more niggling issues, but Mick and crew did get the small Ford down to 10.43@127mph. 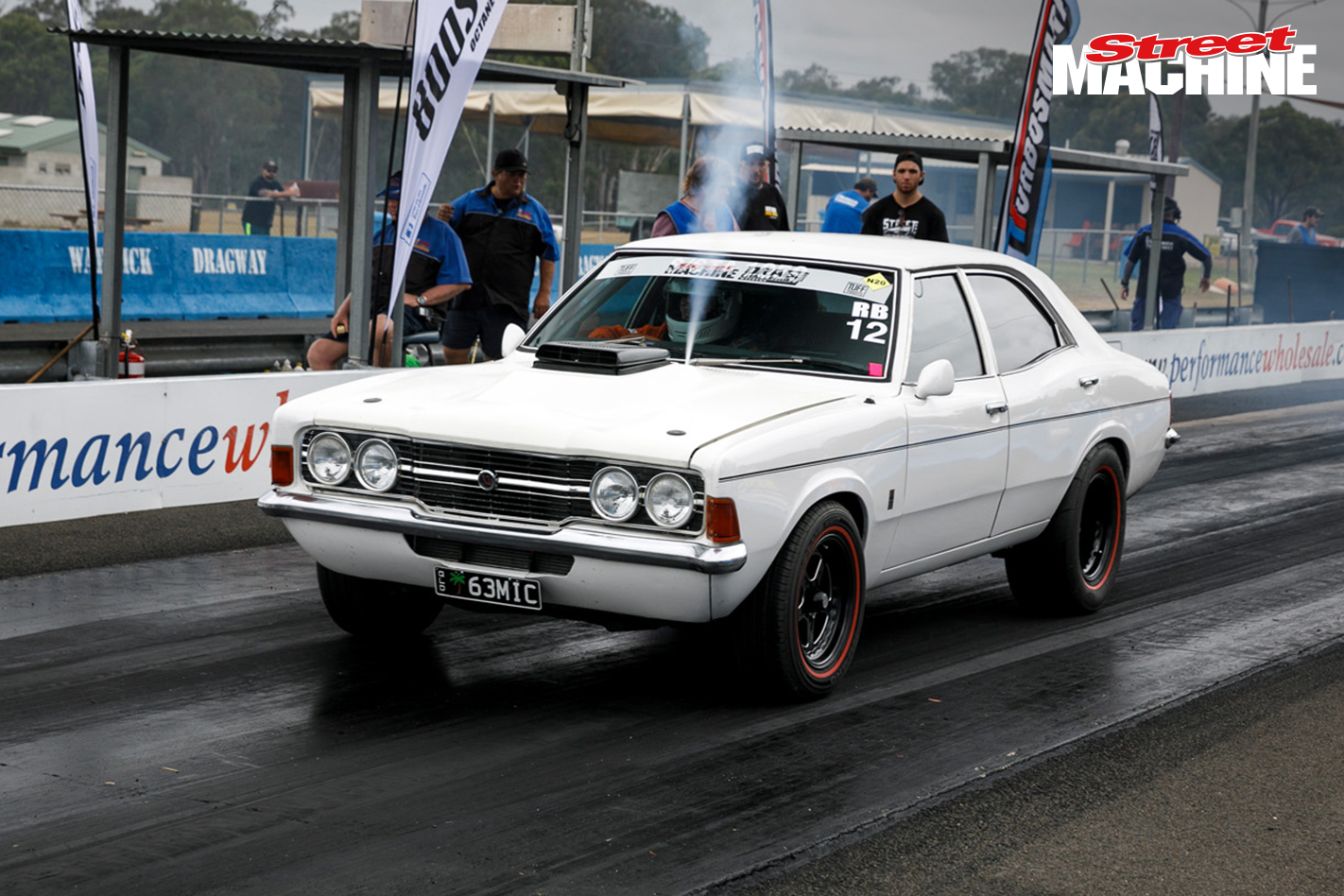 “We were struggling with the car bogging slightly off the line today, which I think is just fine-tuning of the FiTech EFI, as we’re trying to get our head around that still,” said Mick on Sunday. “The trans temps were pretty high on the drive back to Willowbank, so we’re taking it a little bit easy as I need to drive it seven hours home. 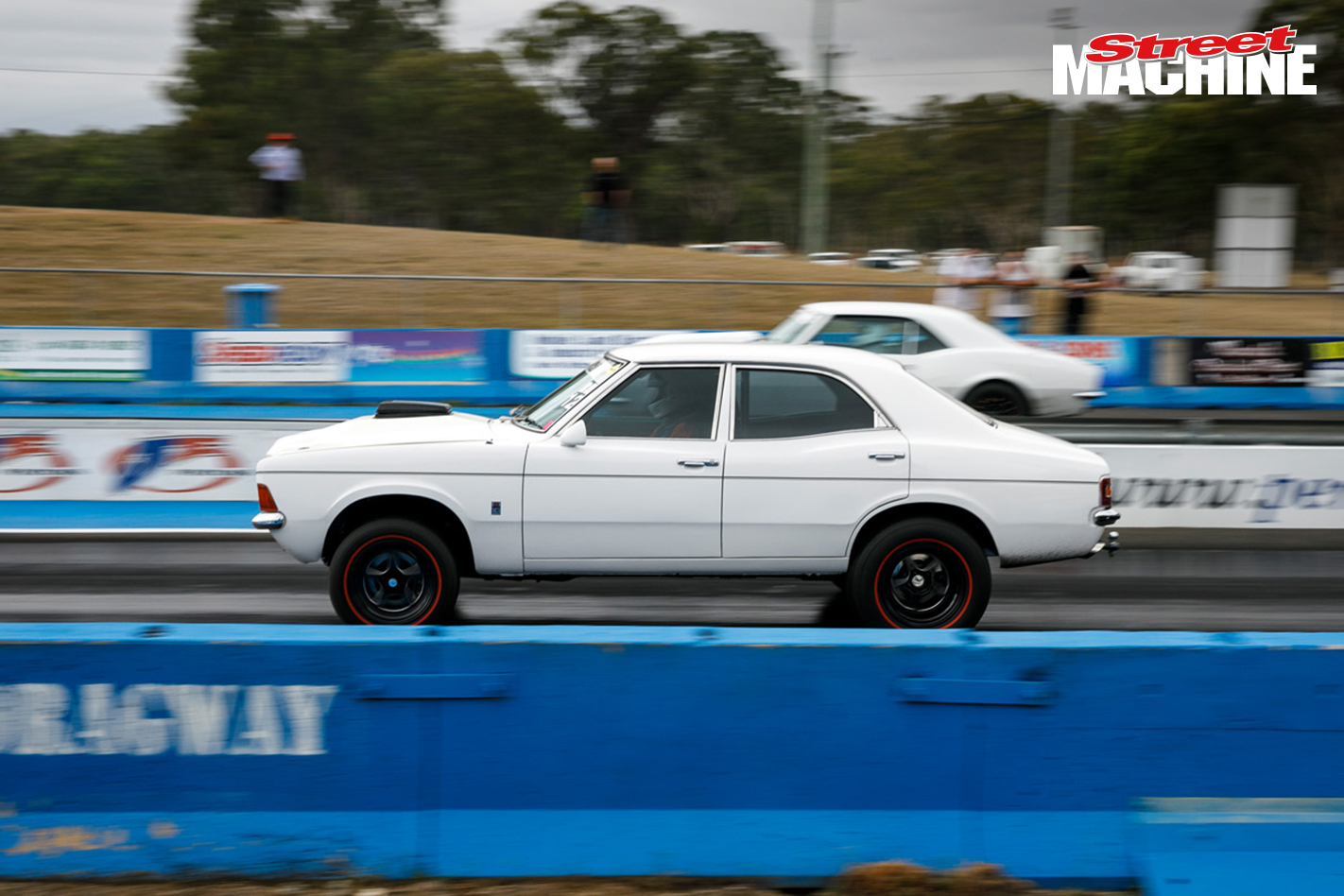 “Once I get it home I will be building a 427-cube donk for it that I want to go nines fully aspirated, as nitrous just complicates things. I’ll bring that one back to Drag Challenge in Victoria!”