AFTER taking the Turbosmart Outlaw Blown win at 2018 Drag Challenge Weekend in April, Noel Inman and his constantly wheelstanding ’22 Model T were keen to back it up at DC proper. Unfortunately, a blown C4 ’box in Mildura on Day Three quickly put an end to Noel’s campaign due to the timeframe required to collect the parts and wield spanners. 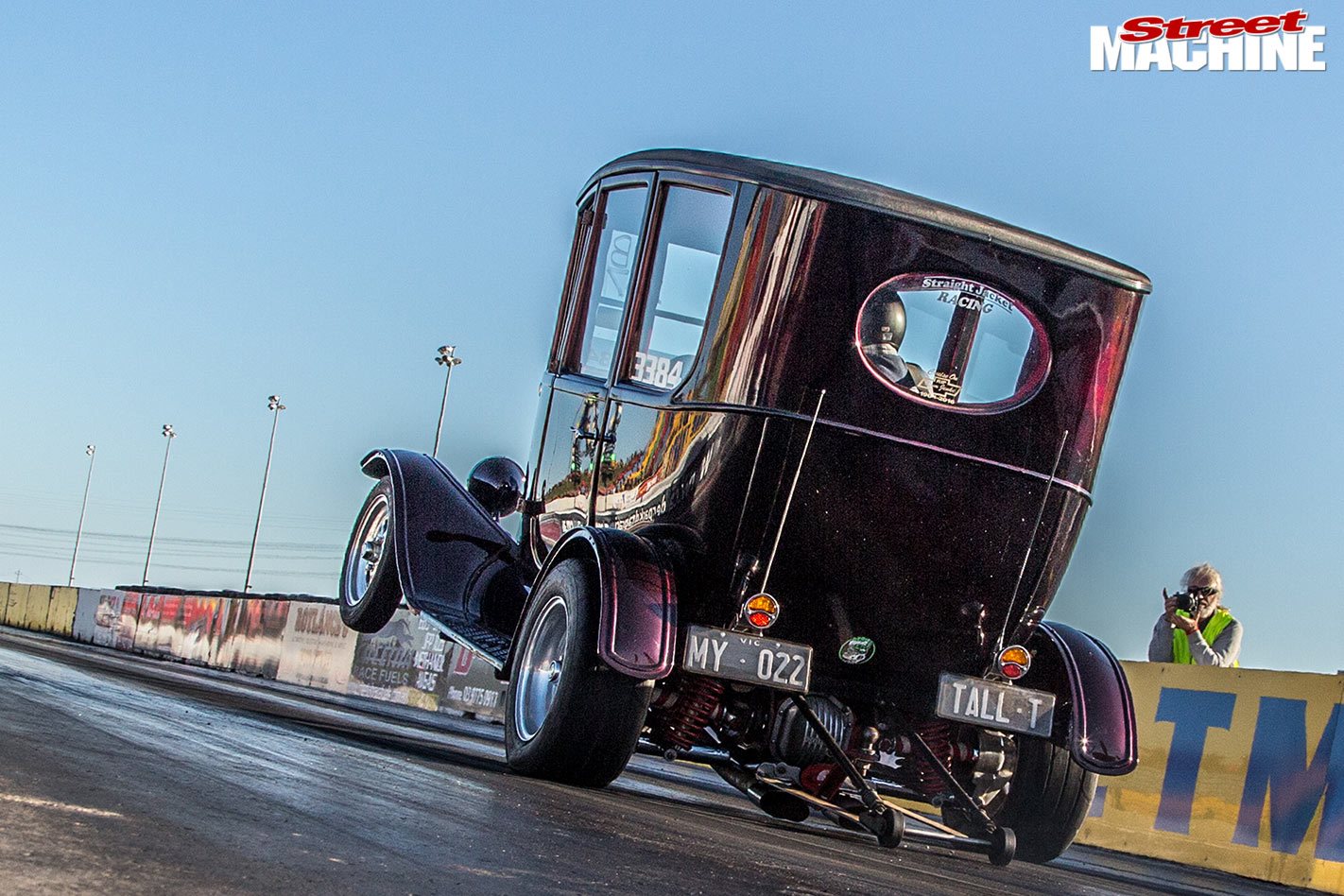 Still, once the ’22 had received a gearbox transplant, Noel headed to Calder on Friday to lay some passes. “I’d recently put in the new C4 and converter, which only made a dozen or so passes before it let go,” he said “Now I’m using the old C4 that’s tried and true, and runs the same numbers. 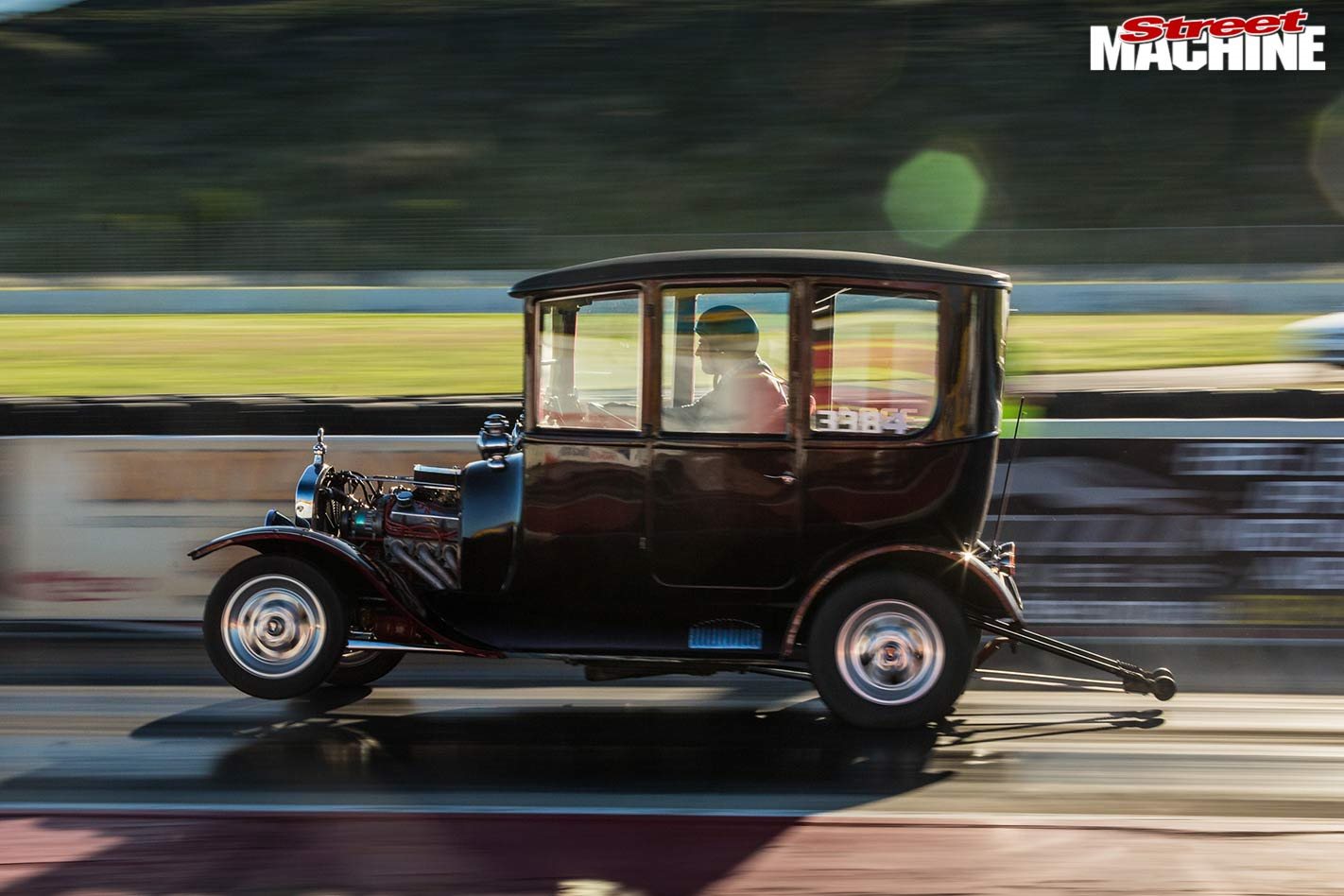 “I can dial the car in pretty well – and it’s all mechanical. But it was difficult to slow the car over the 1000ft, as I wasn’t told what time I needed to keep it under,” said Noel of his ‘too-quick-without-a-’cage’ 8.97@113mph pass on Day One at Calder.

Yet the T’s sandbagging days may soon be over. “I think I’ll add a rollcage to it, and see how fast it’ll go,” Noel said. “I only use a small 100hp shot of NOS at the moment.” 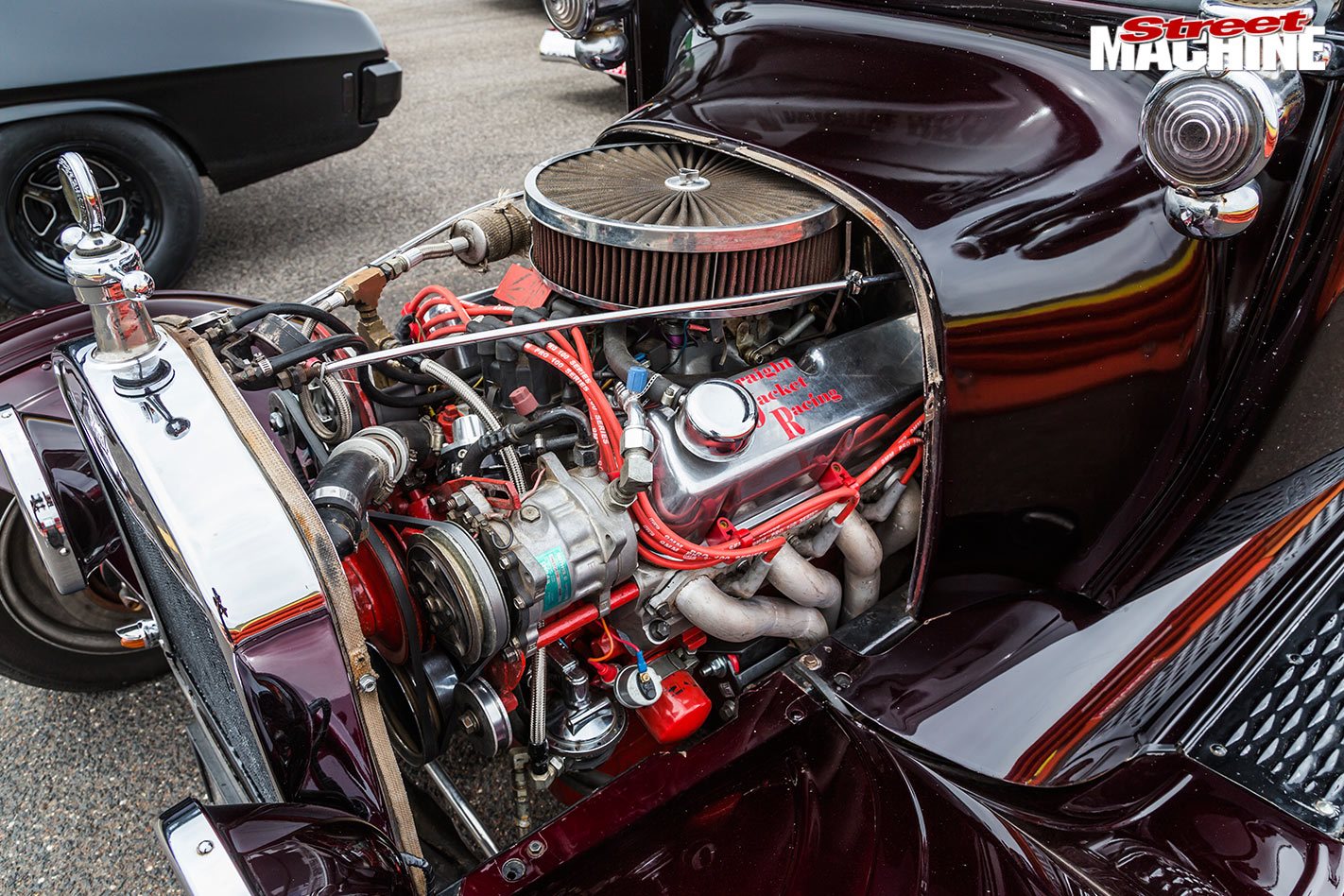 With the car easily running the 10.5-second IHRA cut-off over the quarter, we can’t wait to see what the red TALL T will run unencumbered.