Highlights from the Pacemaker Radial Aspirated class at Drag Challenge 2018

ALON Vella had an unassailable lead in Pacemaker Radial Aspirated from start to finish, going on to take his fifth Drag Challenge class win. While Alon was seconds ahead of his nearest competition, Drag Challenge is an endurance event and any mechanical failure could have put the champ out. Thankfully nothing went wrong for the seasoned DC veteran and he was able to take home yet another DC trophy. 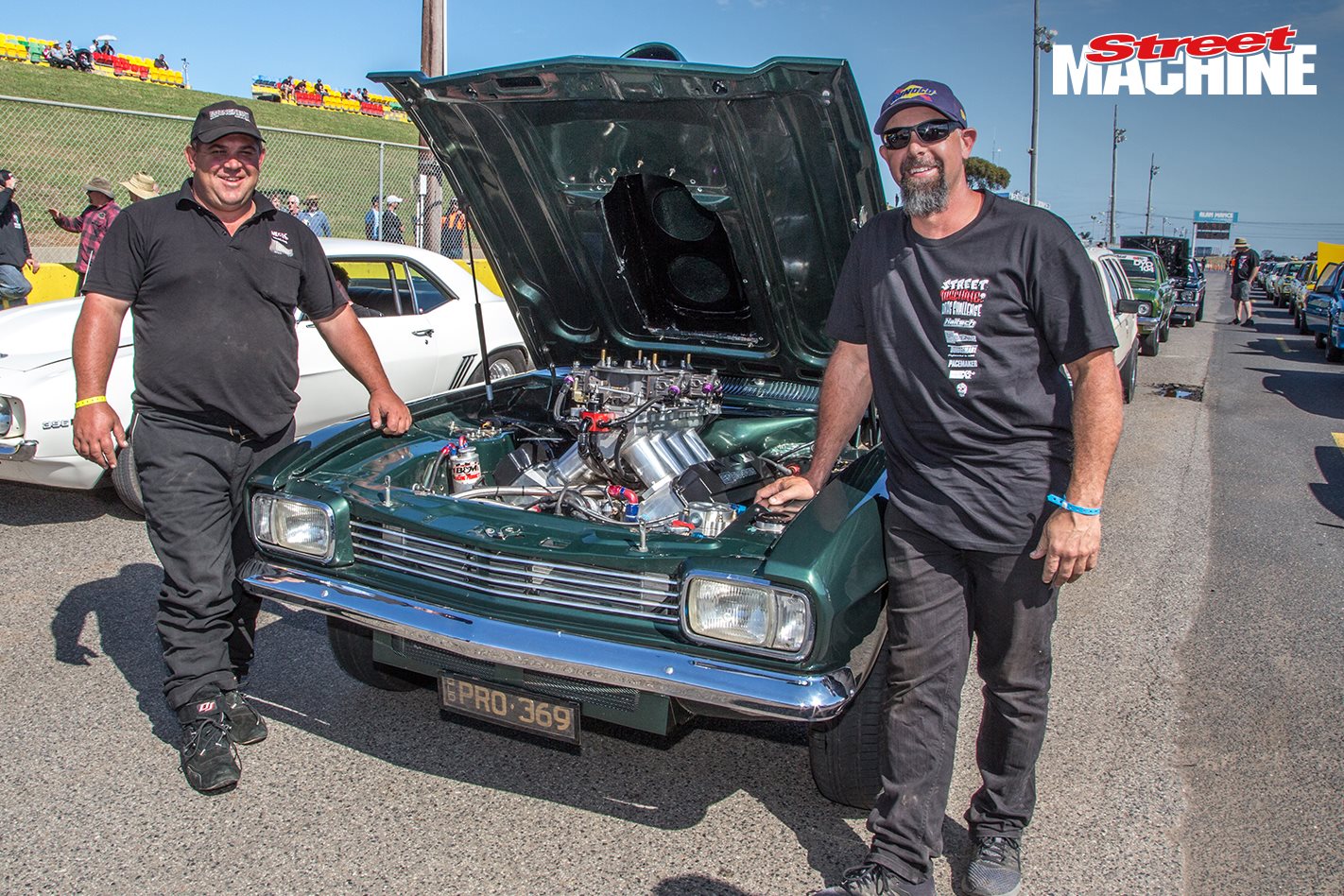 Vella was never challenged on his way to a fifth consecutive Drag Challenge Radial Aspirated class win, handing in a best of 8.74@152mph on Day Five to win the class by a whopping 5.23sec and finishing 11th Outright for the week – an incredible achievement for an aspirated car. 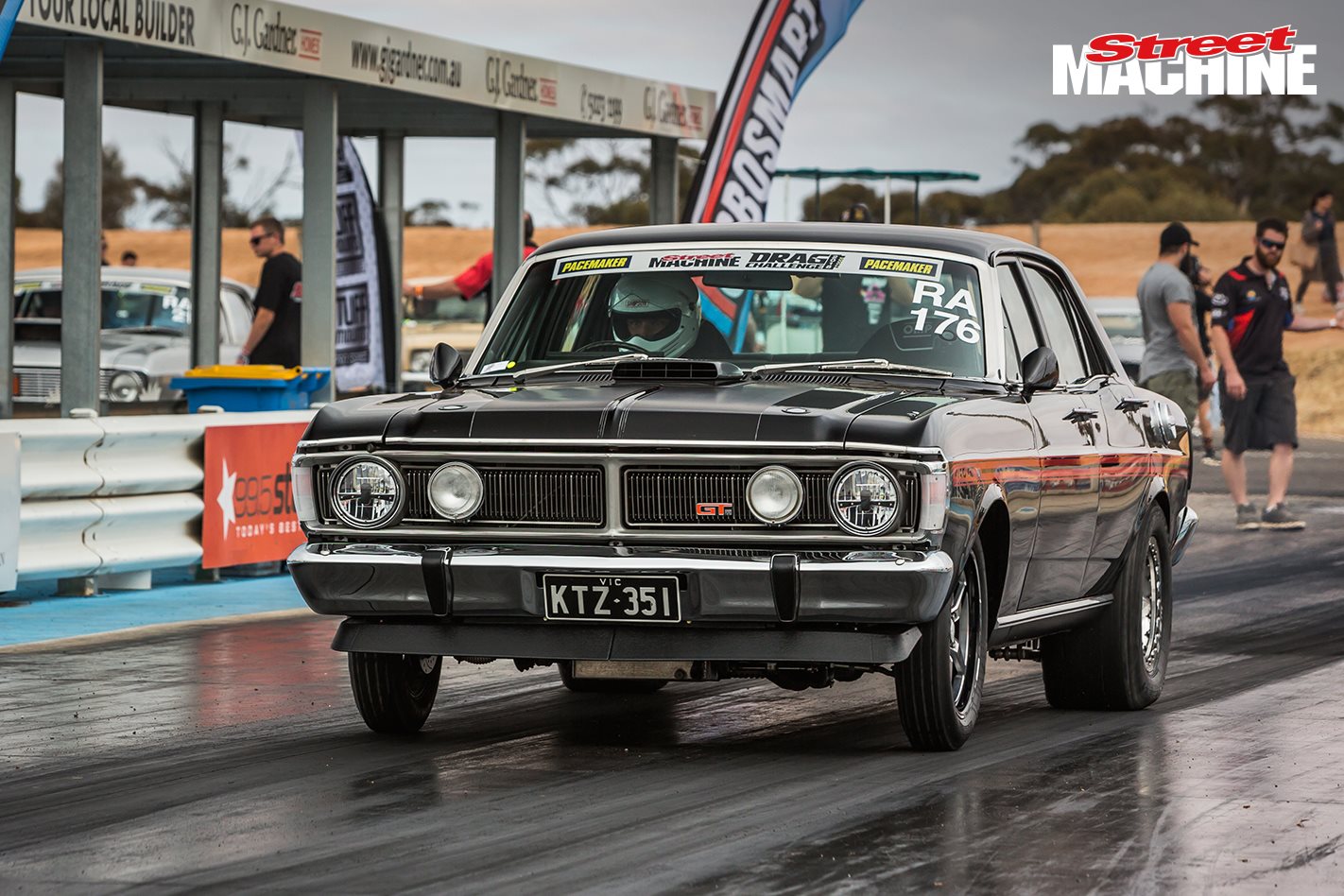 But a lot was still to be decided on the final day, with just 0.141sec separating second to fourth position. And unlike the blown cars, the aspirated classes had the privilege of running the full quarter-mile at Calder for the last day of competition. 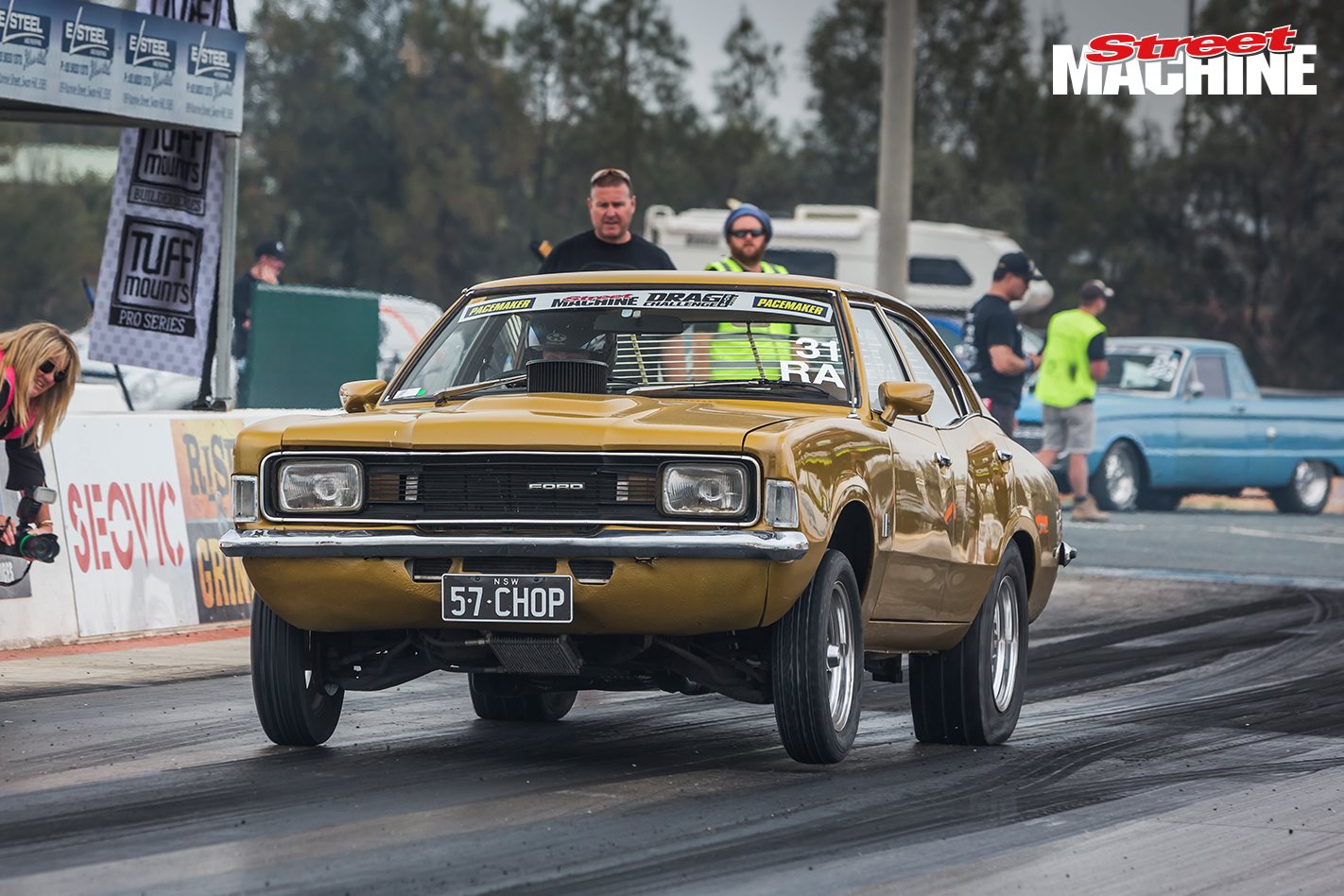 Prior to the commencement of Day Five racing, Dylan McGavigan in the Ford Cortina was barred from competing until his car’s safety measures were upgraded, leaving second place wide open for Peter Haravitisidis in the 440ci XY Falcon. He ran a 9.81@138mph to take home the Radial Aspirated runner-up trophy in his first crack at DC. 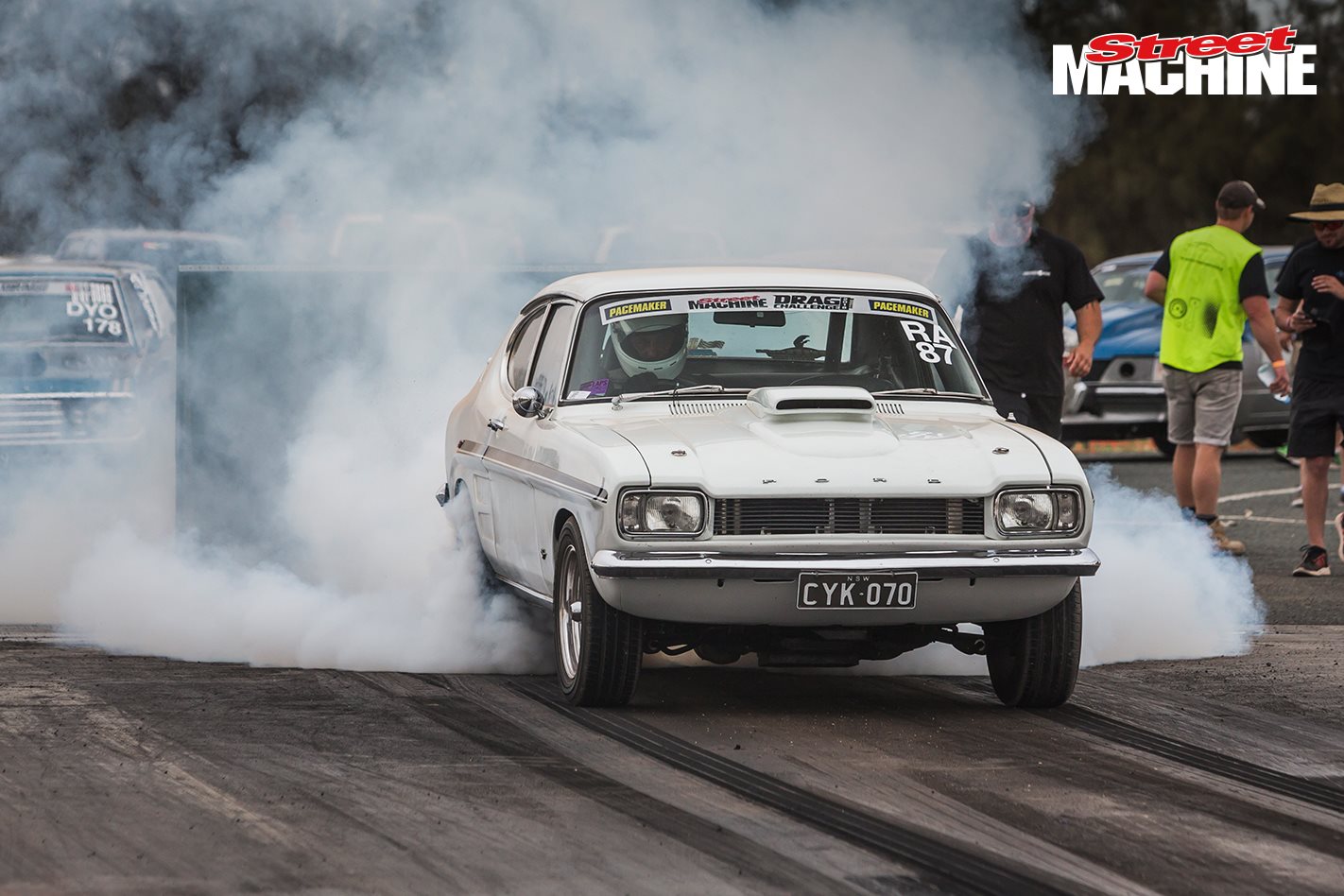 The third place cherries went to Nathan Ghosn, a DC veteran who battled head gasket issues all week yet still managed to finish on the podium. Nathan could have been out of the event on day one after slipping on some oil dropped by another competitor at half track – he was lucky to drive out of it. He had a good night at Calder on the final day; a 9.80@137mph was a solid effort by the boys. 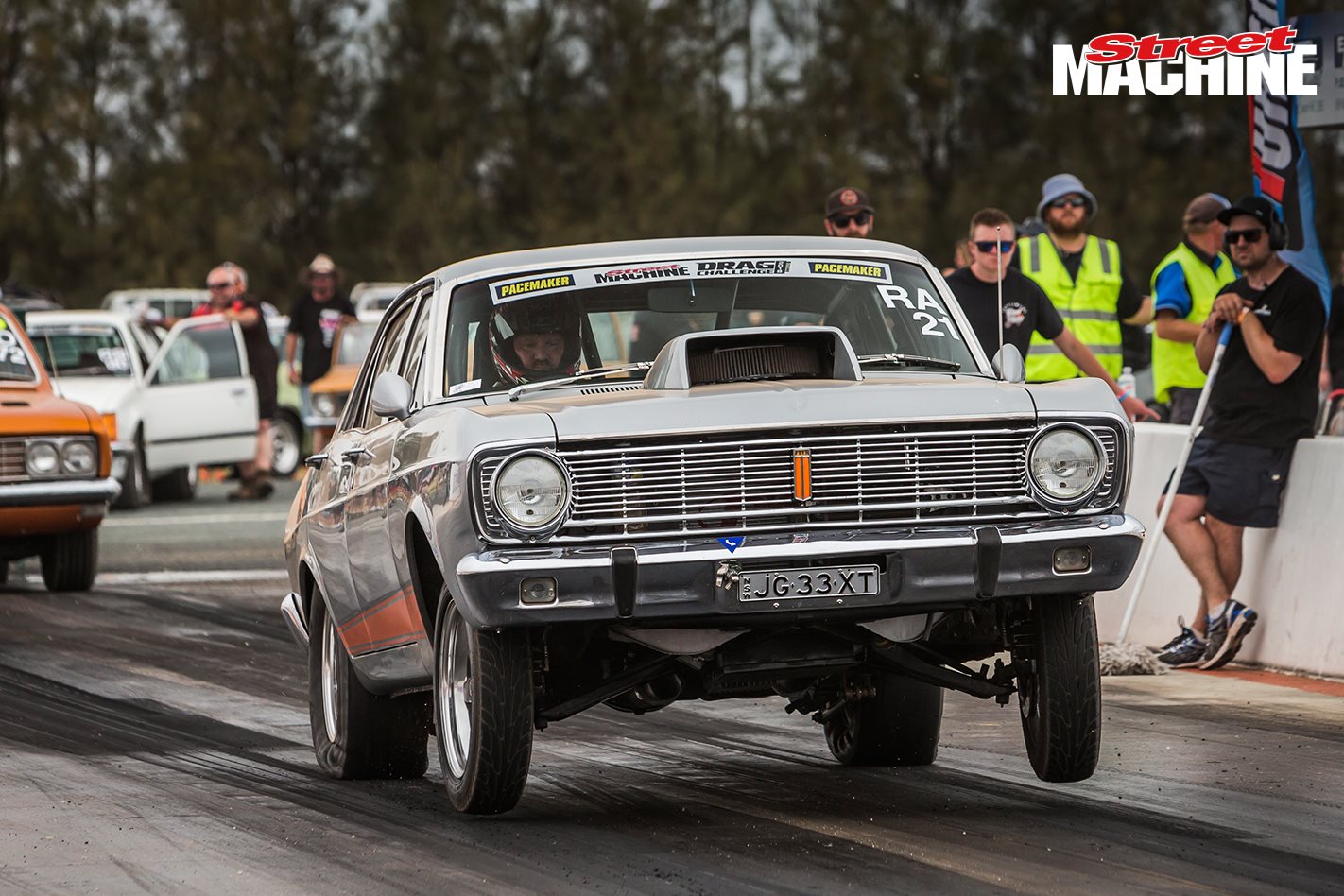 Jarrod Wood just missed out on a podium finish in his beautiful small-block Ford-powered XT Falcon which having run 10.0s at every track may have been a shoe in for a K&N DYO podium! Keith Hards came in fifth with his tough big-block Camaro, a couple tenths behind Jarrod. 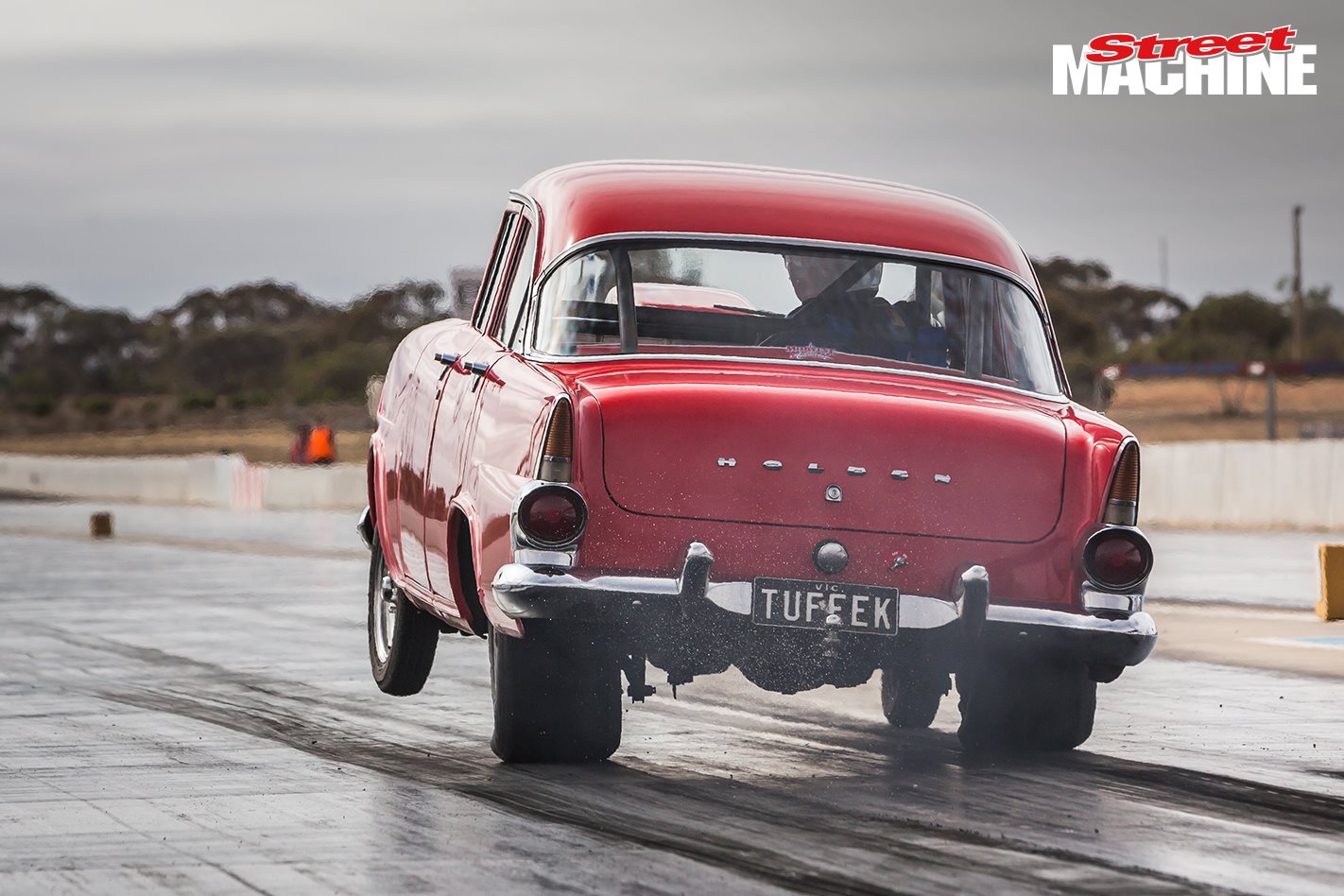 Donnie Zurcas continued his strong run of PBs to finish off the week, his awesome wheel standing EK Holden breaking into the nines with a 9.99@134mph to finish sixth in class. 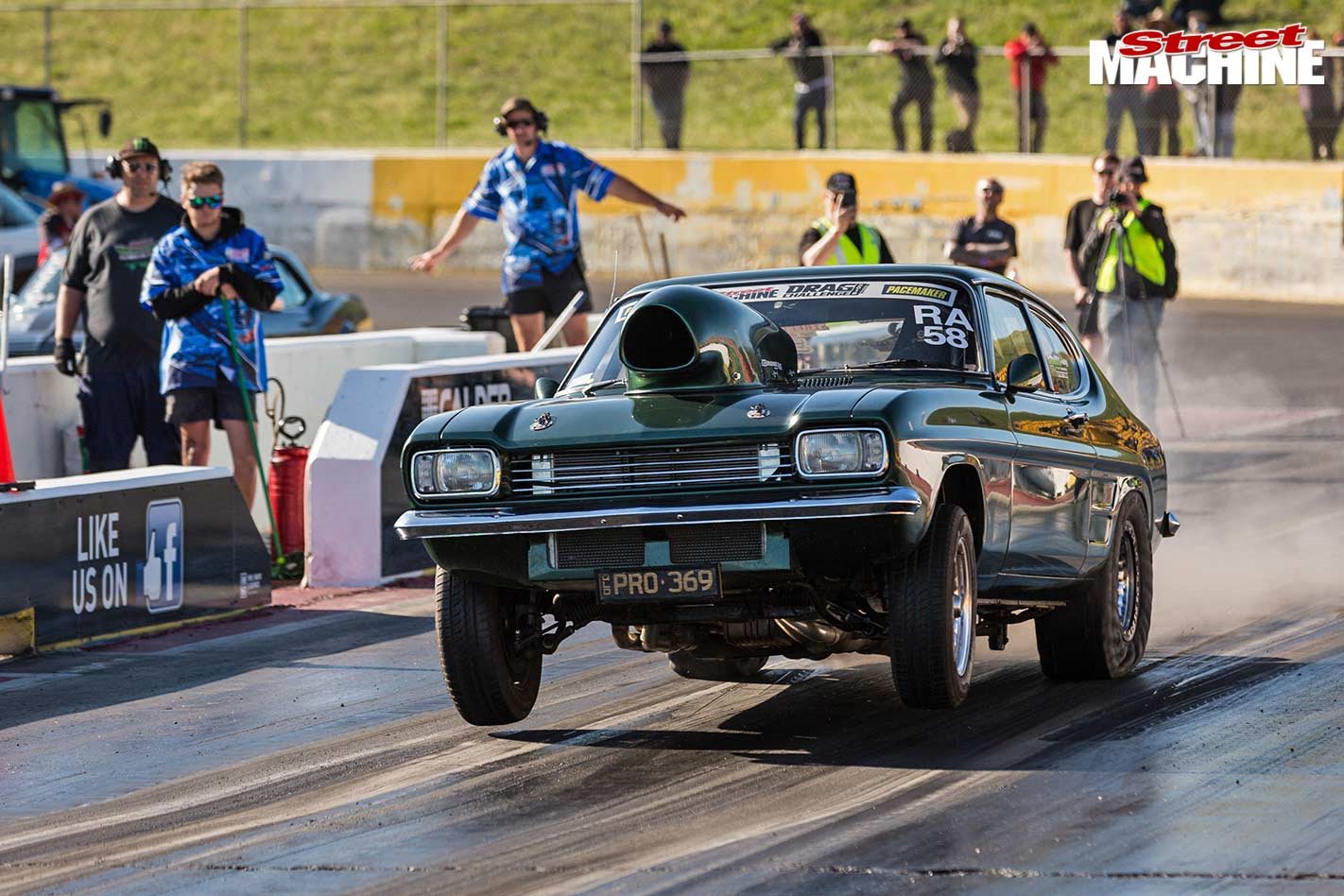