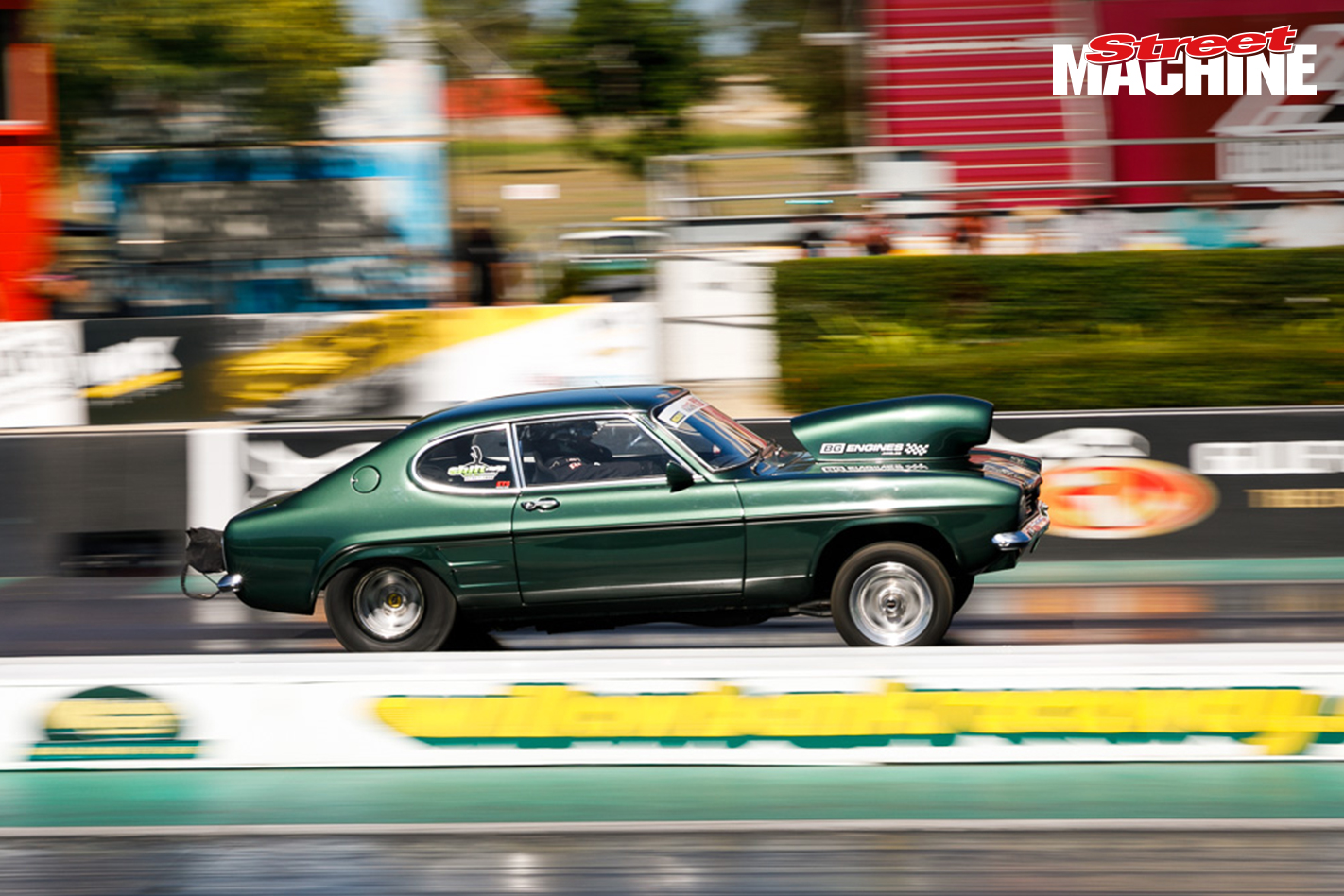 There’s a lot to be said for experience, and perhaps that’s why Drag Challenge stalwart Alon Vella continues to enjoy so much success in the Pacemaker Radial Aspirated class. With his engine builder Damian Baker from BG Engines riding shotgun in the 450ci Windsor-powered Capri, Al added a truly impressive fourth Drag Challenge Radial Aspirated trophy to his cabinet on the weekend, also placing sixth in Outright terms. 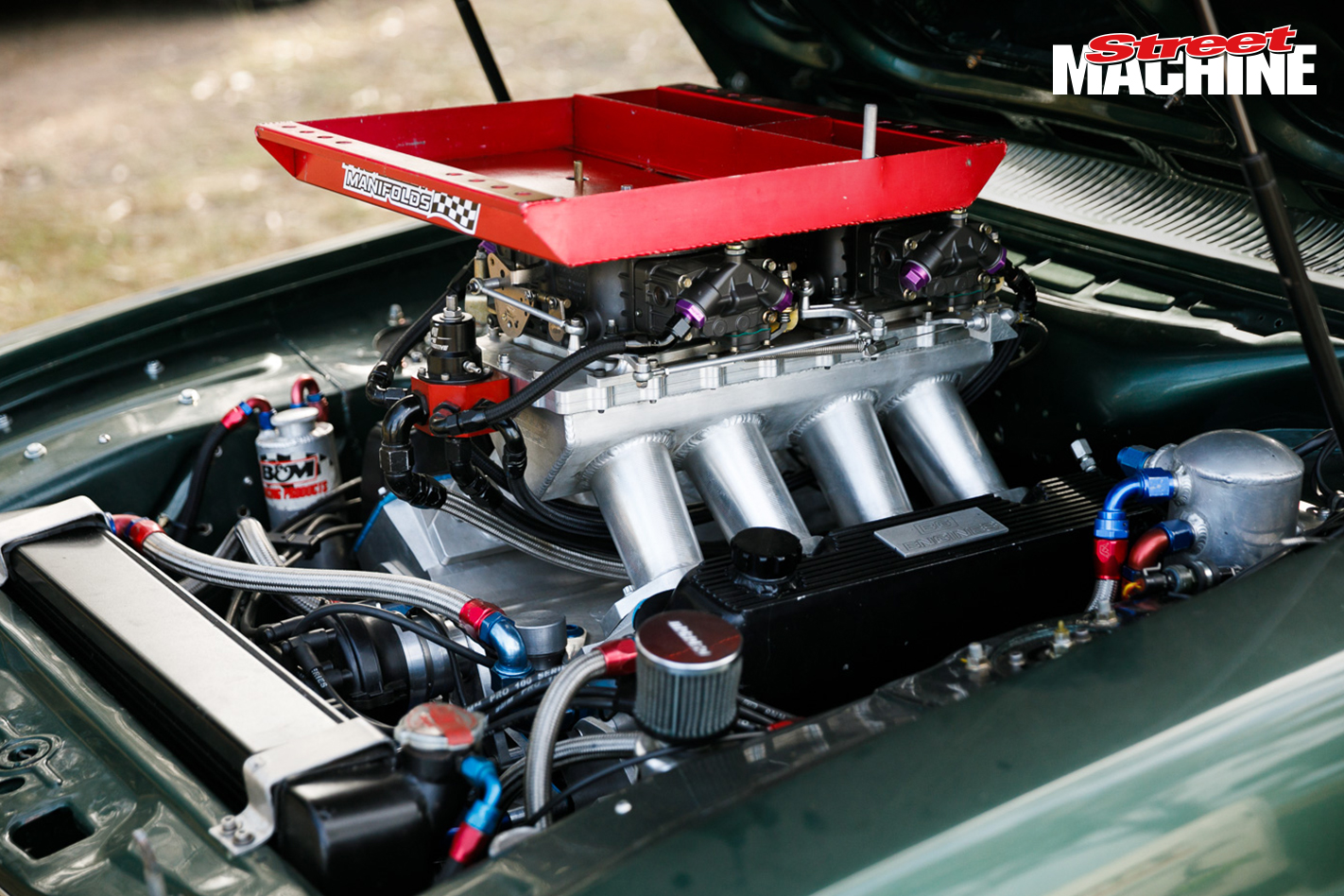 “The car ran good; it went 8.9 on the first day, so we’re pretty happy,” said Al. “We went 9.0 today [Day Three], and while we were hoping for eights all week, that’s life. I really enjoyed it as usual. It was a really good event.” 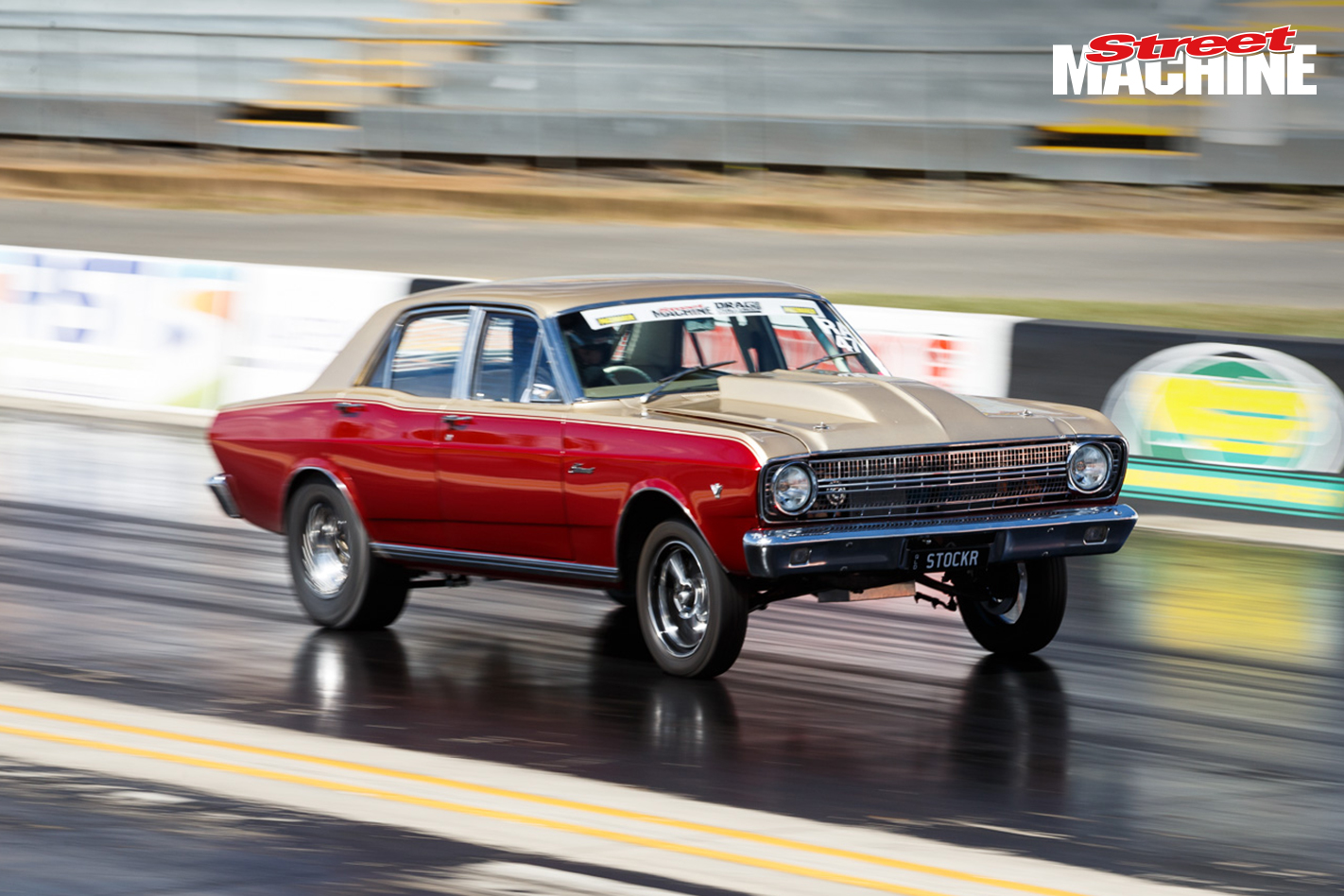 Keeping him honest was Queensland local Pat O’Shea, whose exquisitely prepared XR Fairmont displayed ultra-consistent mid-nine-second pace all weekend, despite a gearbox rebuild on Day One. “I thought we were done on Friday, so to make the end of the event and finish second is pretty cool,” Pat said. 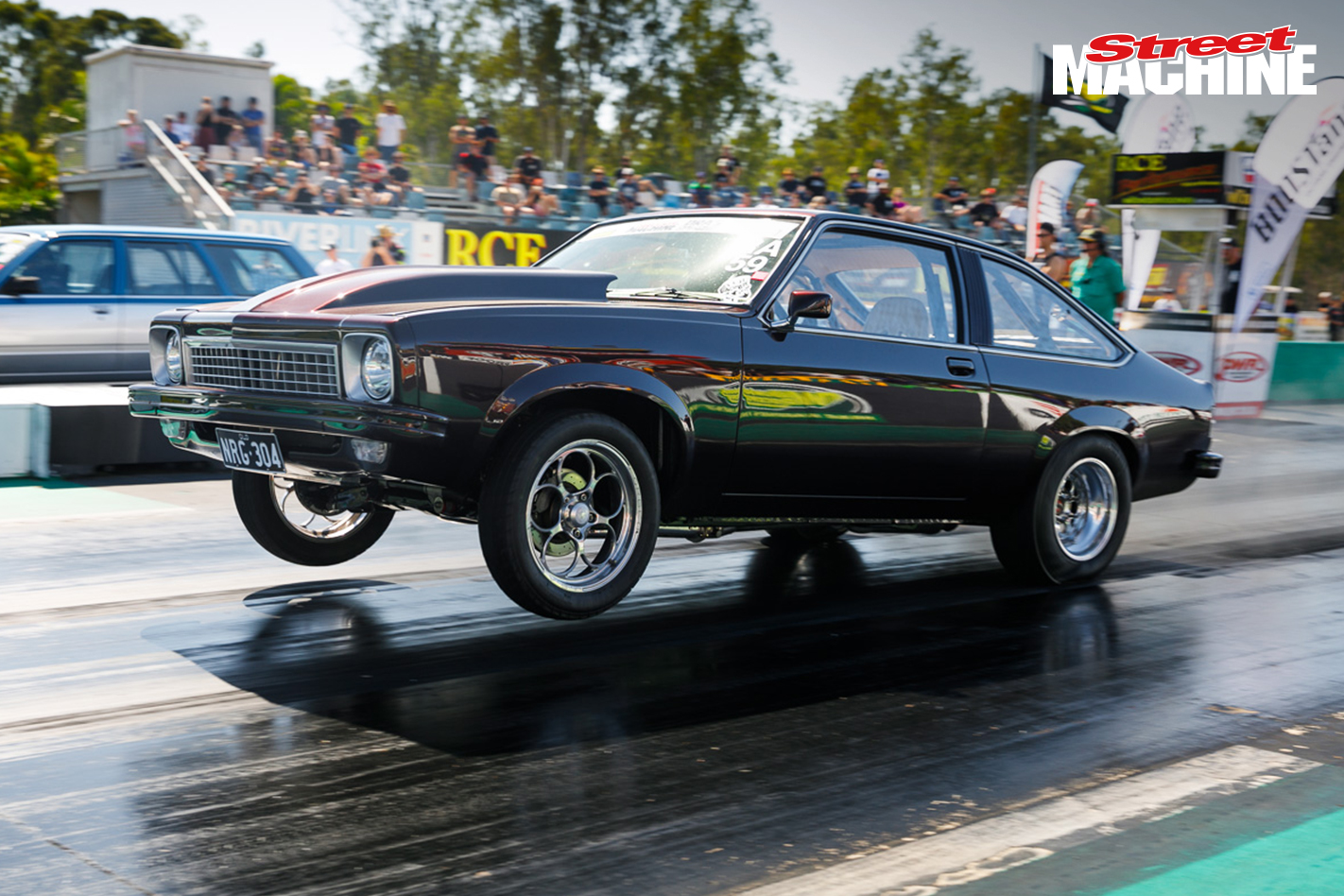 In third place, Brodie Olsen’s stunning LX hatch was also running in the nines, with a tough 383ci Holden engine and Turbo 350 gearbox and on little 235 radials – a very well-sorted car. 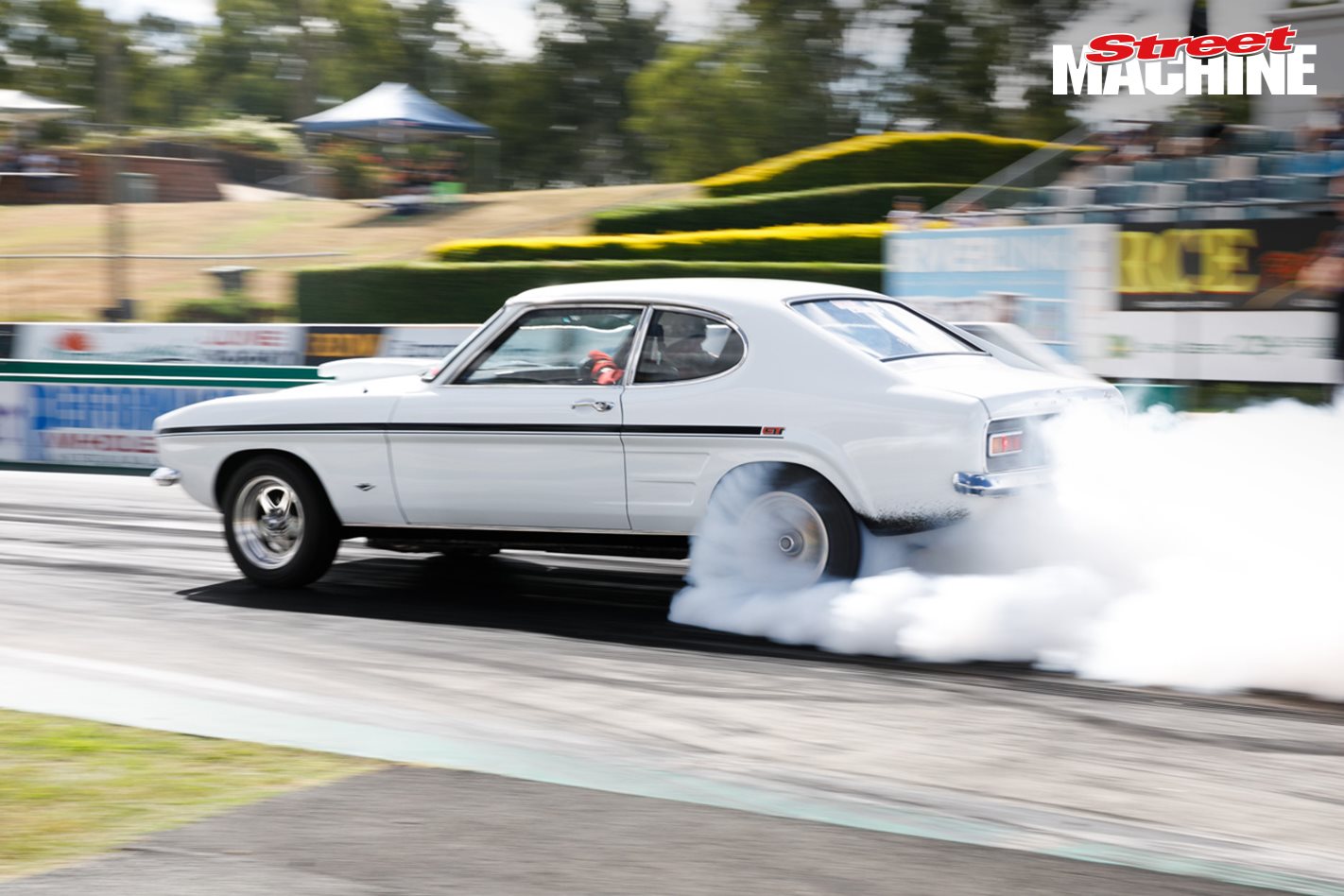 Sydneysider Nathan Ghosn is no stranger to these types of events, but earned his fourth place finish this time around in his Capri, slogging it out with busted valvetrain components among other issues, but ultimately overcoming them all. 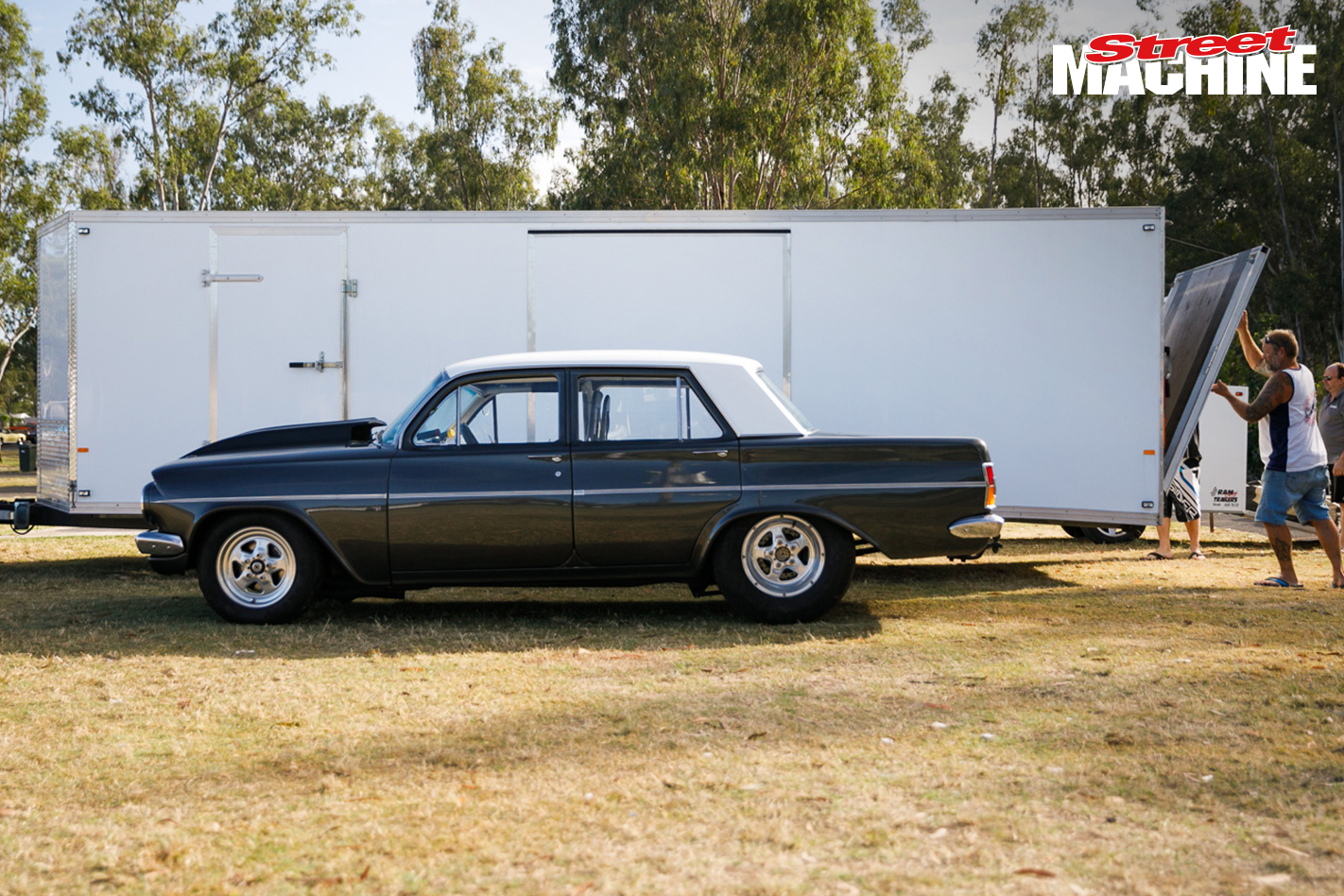 Despite the high ambient temperatures and hilly terrain, there was a remarkably low attrition rate in Pacemaker Radial Aspirated, with just one competitor – Steve Hopes in his oh-so-tough EH sedan – failing to finish.