WHEN it comes to Street Machine Drag Challenge performances, Harry Haig has had it bloody rough for the past few years. At the first DC in 2014, Harry was sending it down the track with broken steering and still running eights with his big-block single-turbo HQ sedan. 2015 was a mostly drama-free run; Harry brought along a tinnie equipped with an outboard motor, and even went for a spot of fishing in Portland Bay and caught a couple of flathead. 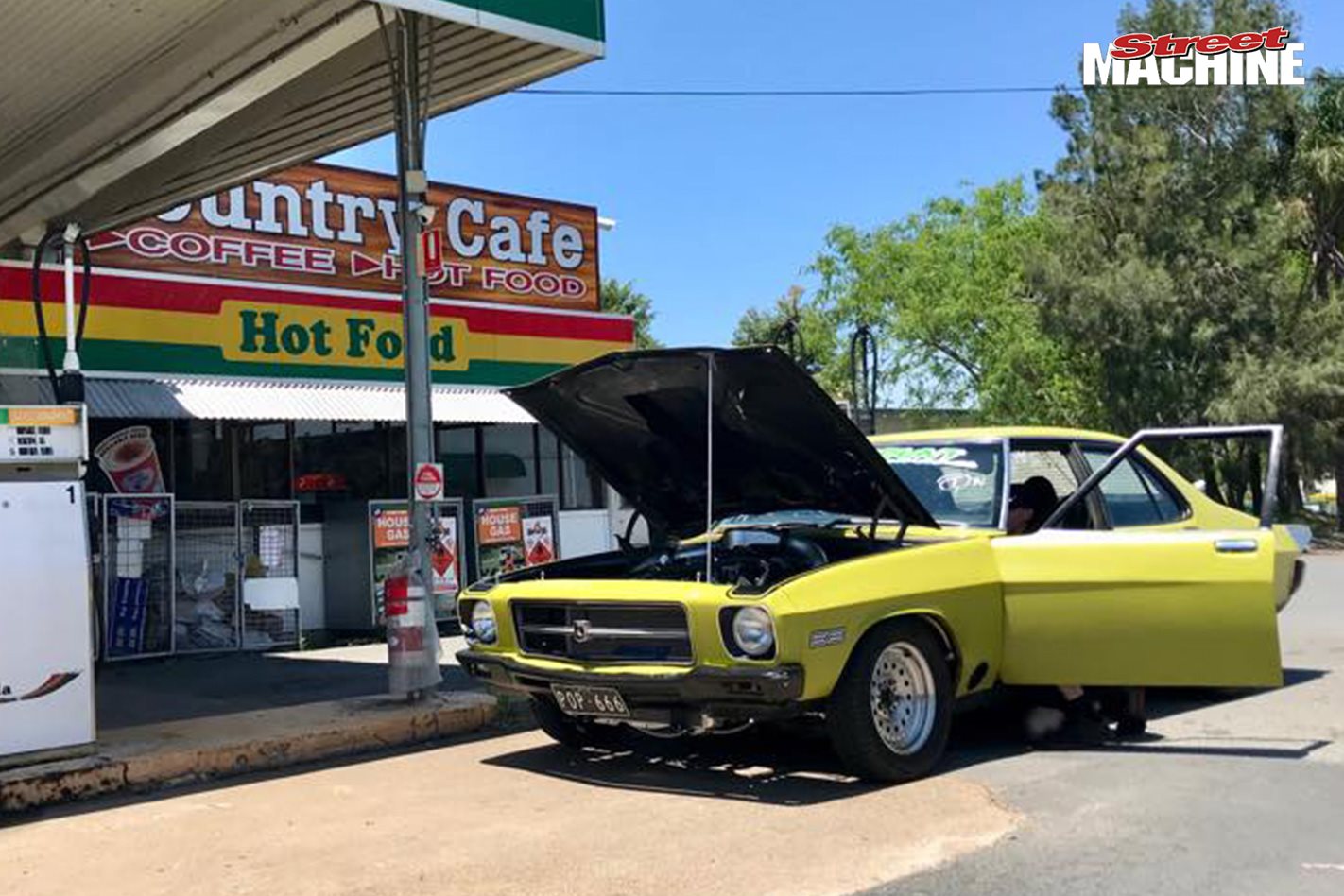 But 2016 was a disaster. Harry and his crew were constantly laying spanners on the thing; they had the heads apart with a damaged roller lifter on Day Three at Mildura’s Sunset Strip. On Day Four they did a cam swap in Swan Hill and made it to the track just in time to make a pass; unfortunately, the engine then killed a rod. Miraculously a bloke from Facebook donated a new piston and rod and delivered it to the boys in Swan Hill at 4:20am Friday morning. They were down but not out yet! 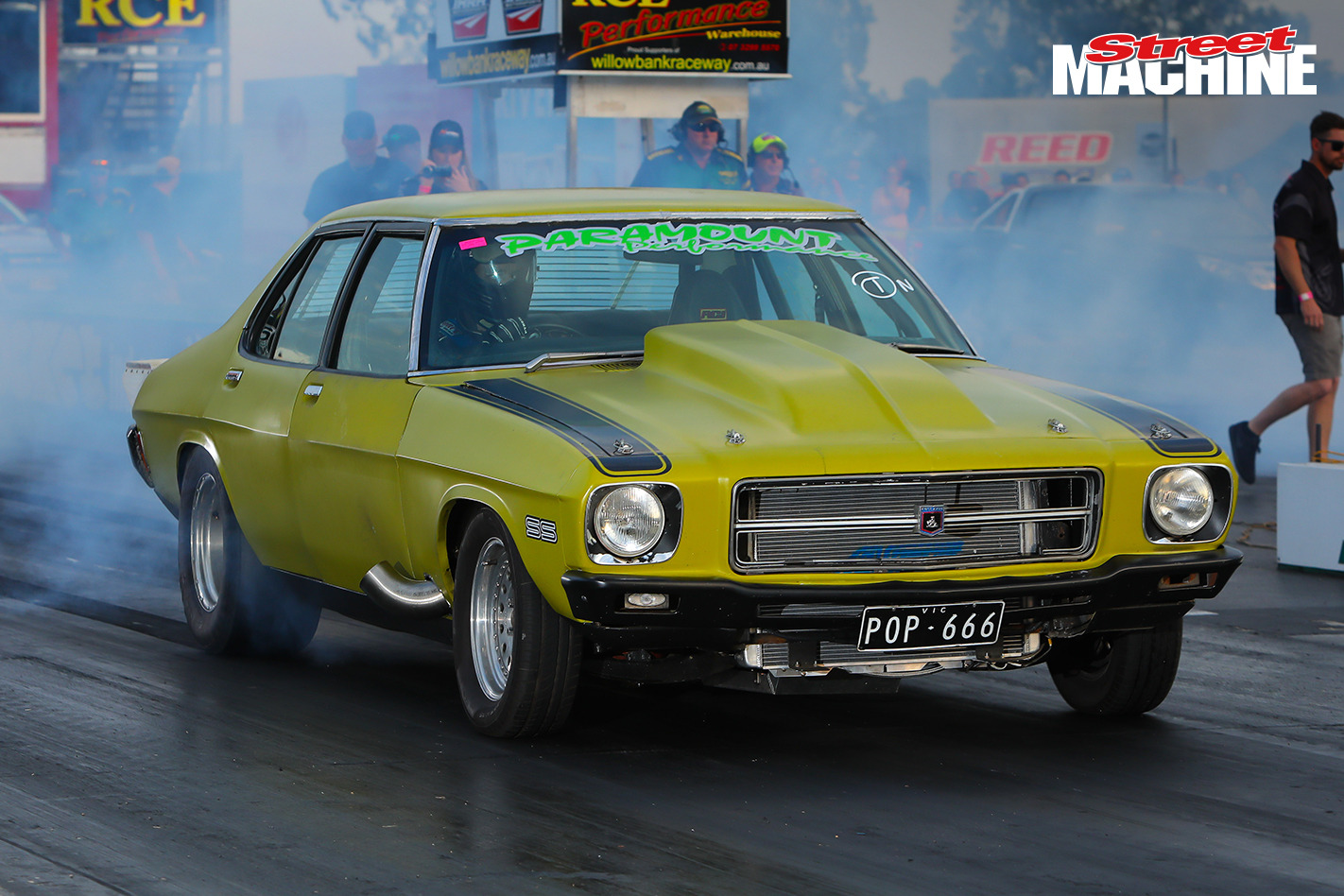 While they pulled the engine down they noticed that the oil pump had a partial crack in it, though the engine still had oil pressure, so they hit the road. About 30km from Calder Park, it gave up the ghost, lost all oil pressure and seized. Spewing. “It was the toughest event I’ve ever done,” said Harry afterwards. 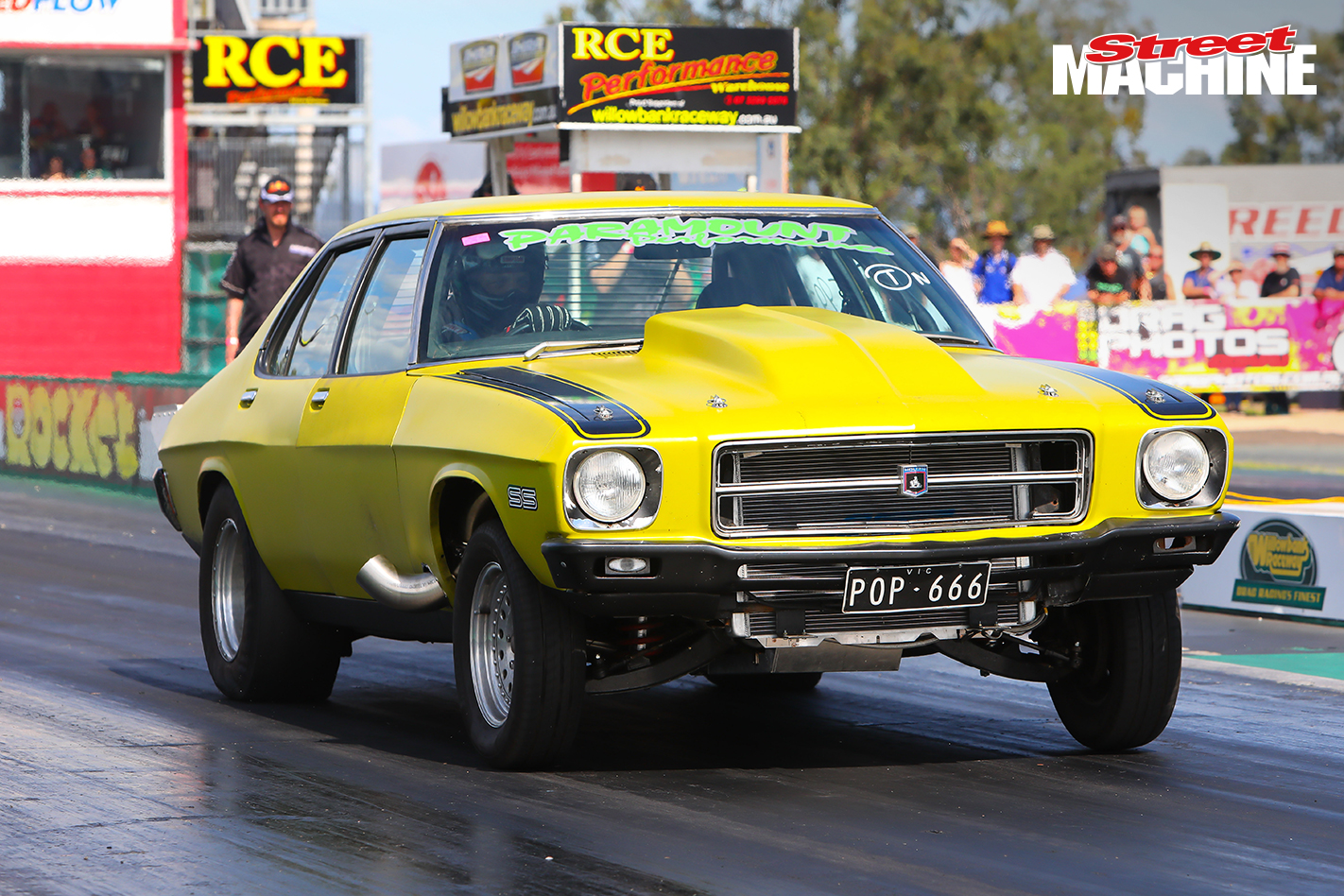 This year Harry and the Shonky SS are back bigger and badder than ever. Killing the engine prompted a full rebuild by Robby Abbott at Abbott Racing Engines. The basic 510ci big-block was retained, although taken out to 540ci this time, and the single Pro Mod 98mm turbo was ditched for a pair of 88mm puffers sitting on a set of 6Boost manifolds. Otherwise it’s pretty much the same combo as before; same Crow Cams stick, heads and valvetrain. Terry Seng from Paramount Performance tuned it up and it’s now making significantly more power than before – around 1900 weight-shifted horses.

While they were on the engine, the rest of the car also received a full mechanical makeover. Allfast Converters fettled the Powerglide and specced up a new converter. Fabrication Techniques in Shepparton went through the chassis and strengthened everything, and fiddled with the suspension. The results speak for themselves. 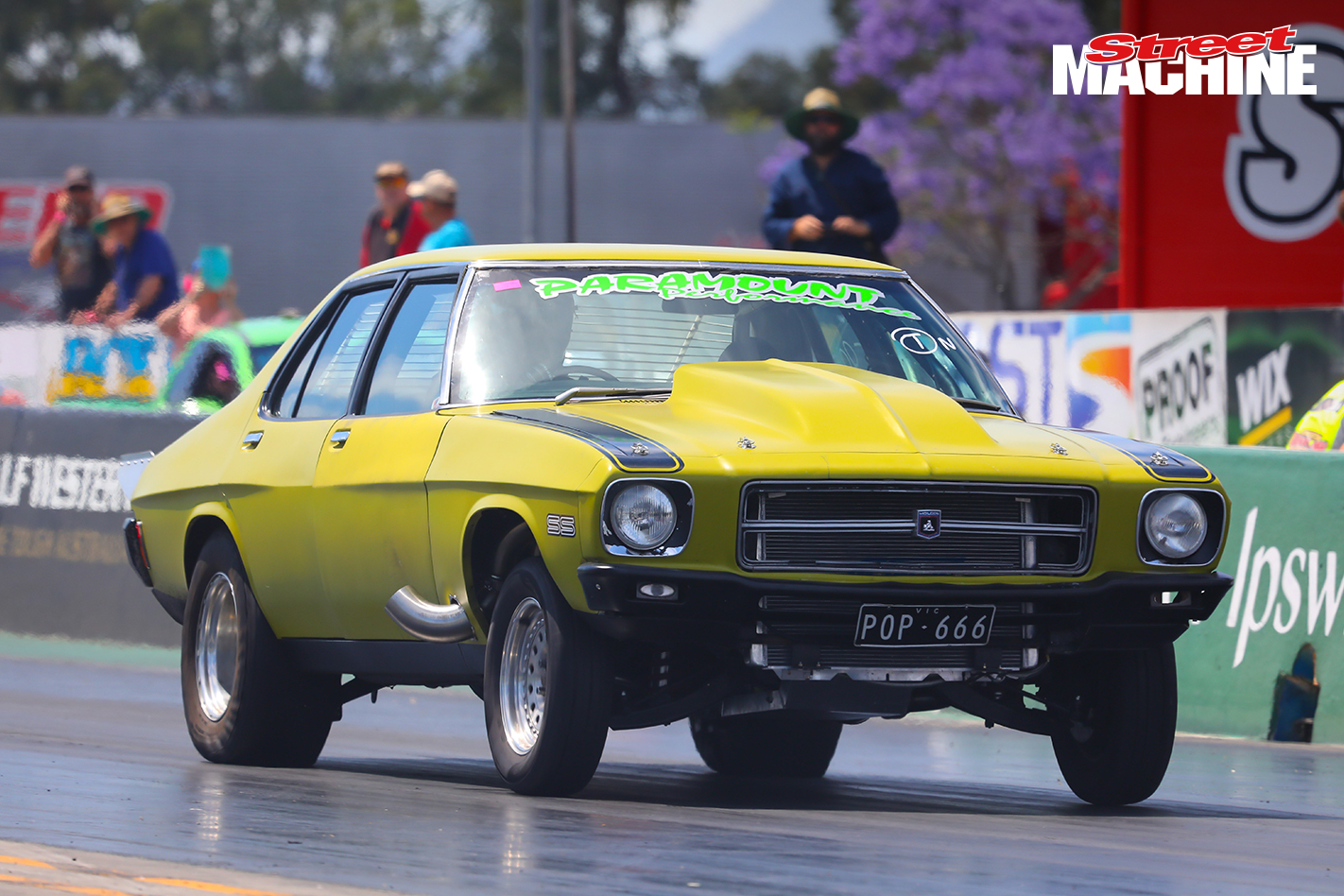 Anyone who had seen Harry’s HQ go down the track in the past will know that it was pretty bloody sketchy. It struggled off the line and even turned tyres through the top end when it really came on song. Harry tested the new combo at Willowbank Raceway last weekend, and first pass it went 8.60 getting off it at half-track; the second pass was 7.90! And by the end of the day it was going 7.78@183mph!

“We knew we had the power to do it, but I wasn’t expecting it to go sevens straight away,” Harry said. “It just goes to show what you can do with the right people involved. It’s still pretty sketchy, but it hooks up now, we’ve got it sorted.”

There you go, yet another Street Machine Drag Challenge car into the sevens. It’s going to be tight at the top end of the competition, and we can’t wait to see these guys battle it out in a little over a week’s time. 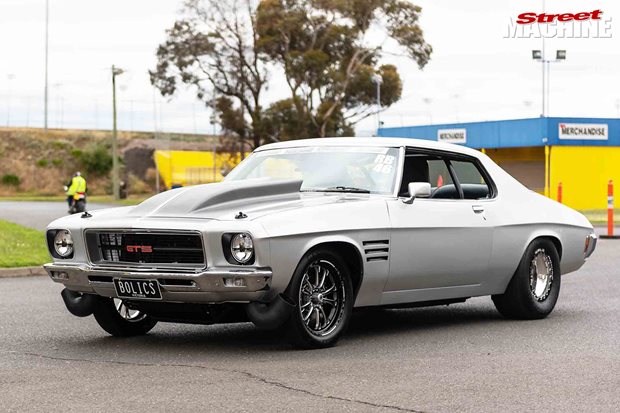