WHEN a meek-looking, beige HX wags rocks up at Street Machine Drag Challenge, then proceeds to aggressively lift its left front paw on consistent 10-second passes – well, you know then and there we have a true sleeper, folks! 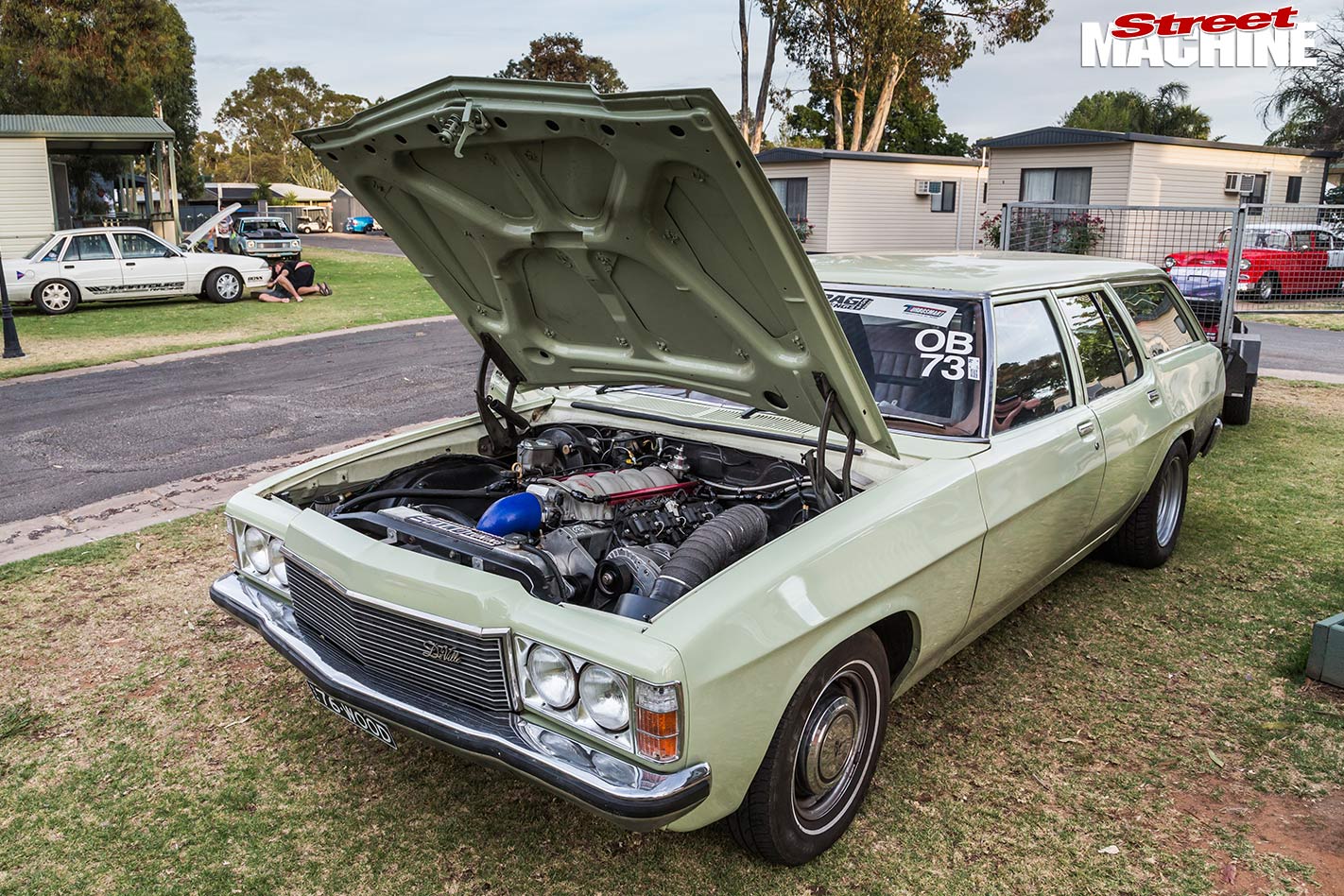 “It was an impulse purchase off one of my employees,” Will Baker says of the factory six-banger wagon, which at the time sported a rooted 308 but was otherwise in mint condition. “I haven’t touched the paint; I just kept it the way it is for the sleeper look.”

Will owns and runs Huskisson Automotive, and therefore built his own rig. 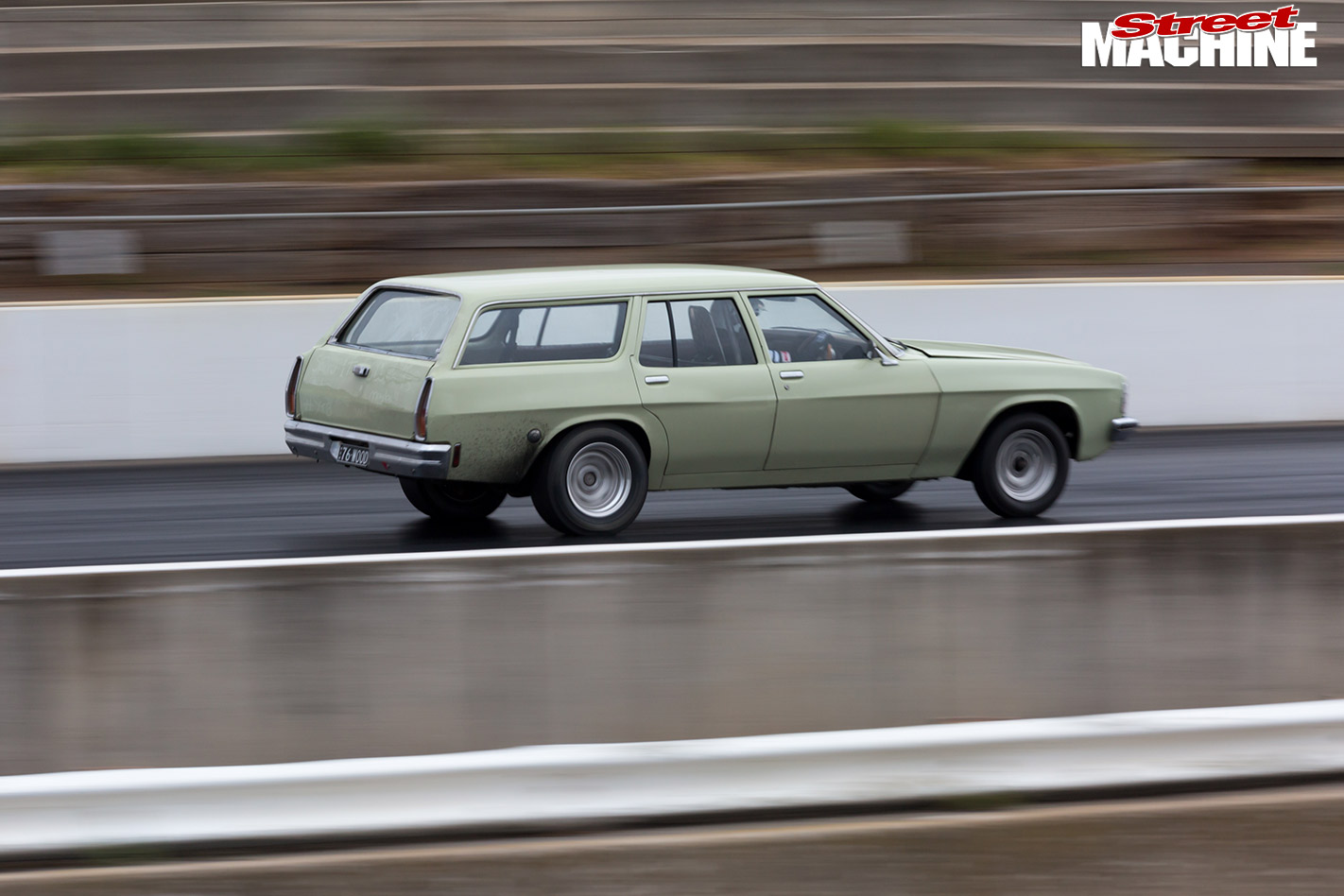 Will’s stuck with the stock ECU and tuned it to suit. Injectors are 1000cc Xspurt items, which feed the E85 in from the pair of Bosch 044s. The whole shootin’ match is good for an impressive 620rwhp.

Cooling is thanks to an Aussie Desert Cooler radiator and a Maradyne 16-inch thermo. Gasses exit via Di Filippo headers through to a custom three-inch exhaust. 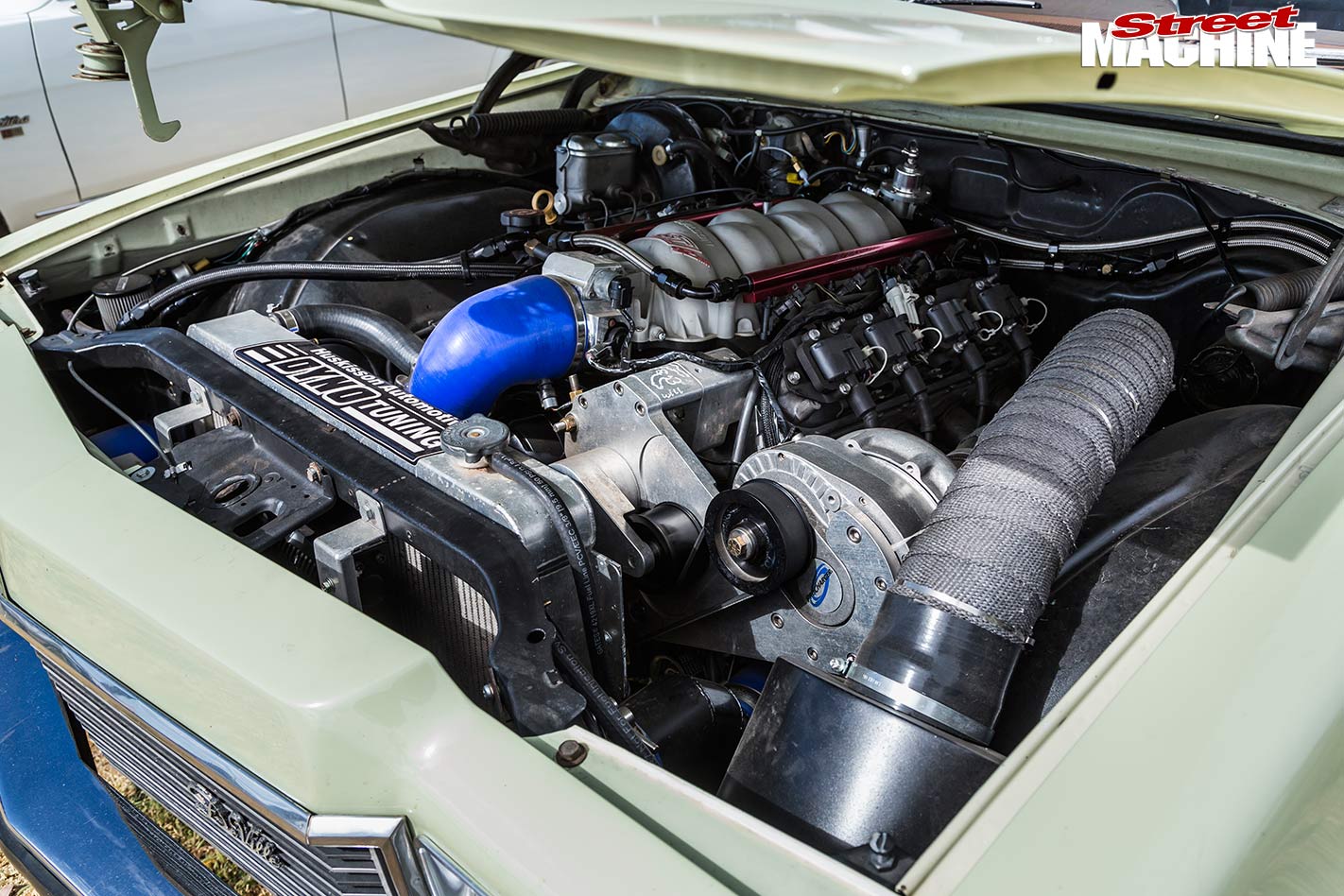 To get all that power down, Will had Protrans Performance Automatics whip up a trusty TH400 coupled with a Dominator 3000rpm stall. The third member is a nine-inch stuffed with 3.5s, a Truetrac and 31-spline axles.

Braking and suspension have been kept simple, retaining many of the stock parts. It’s dropped a tidy two inches all ’round and has drag-worthy Pedders 90/10 shocks up front. The wagon rolls on sleeper-spec hubcapped HX steelies with widened rears.

“It’s completely engineered with the LS1 and ProCharger,” Will says. “It was tricky keeping it all under-bonnet. I had to make a range of brackets to suit, but I’m glad I did it; I can cruise it whenever I want with my family. My wife Haley and family love it. My two-year-old son Jaxon’s eyes light up when he sees it. What’s better than a nine-second grandpa-spec wagon?” he laughs. 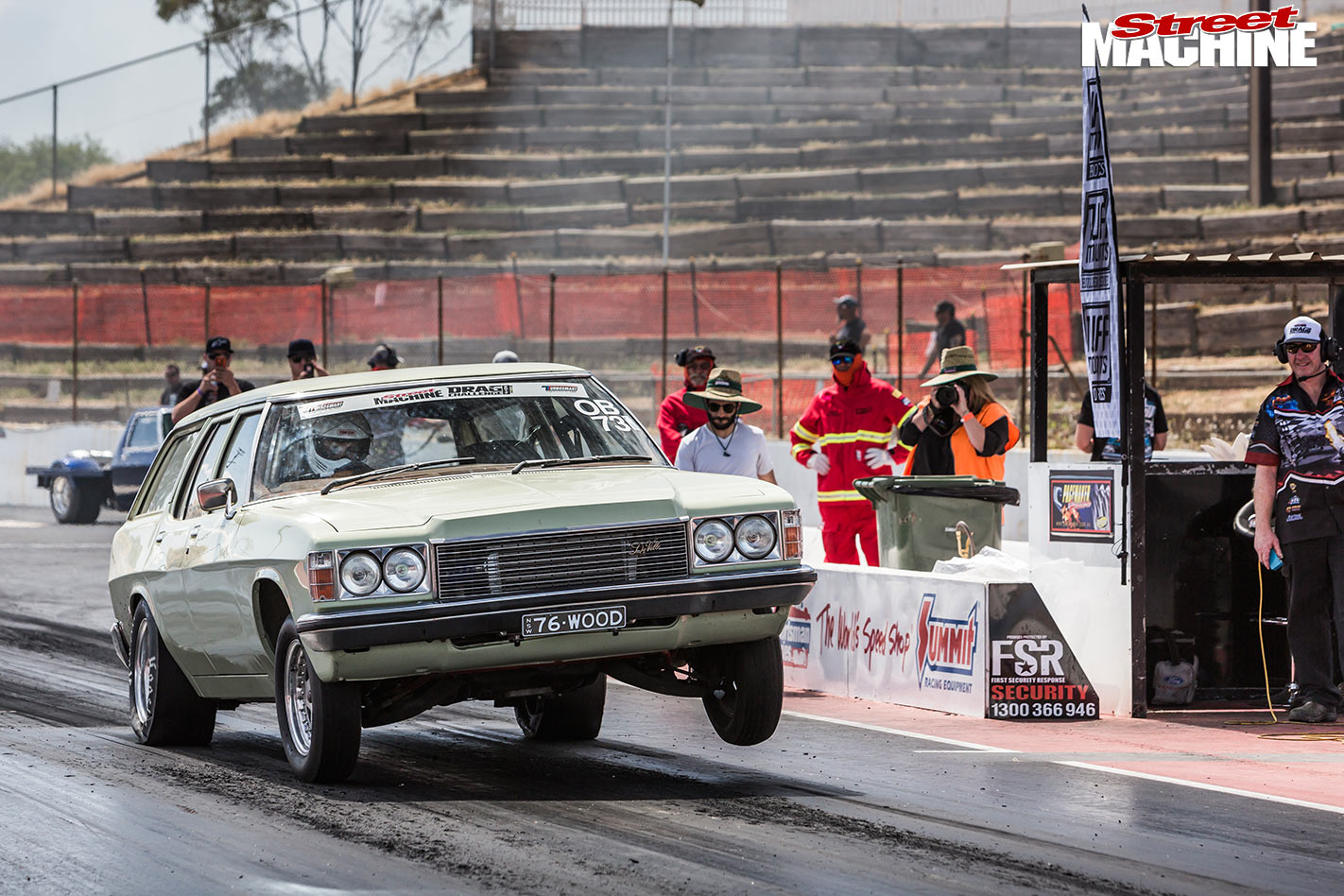 “The first time I ran it was at Eastern Creek where I did a 12.3sec pass,” Will says. “At that stage it was a stock LS1; I got 10s out of that motor before re-building it”

“I’d started the project before Drag Challenge existed, but once I heard about it I knew it was 100-percent for me.”

And how’d it handle the heat of Day One in Adelaide?

“It got really hot 10 minutes after leaving AIR,” Will says. “The car had never driven in those sorts of temperatures, let alone while towing a trailer! We thought we were done. Thankfully I’d packed an angle grinder so we attacked the fan shroud, cutting holes into it. Doing that plus popping the rear of the bonnet and altering the tune for more fuel got it running cooler. Then later in the week we dominated in the rain, as the wipers, demisters and heater all work! We were passing all of these DC contenders with their windows down and everyone all layered up. 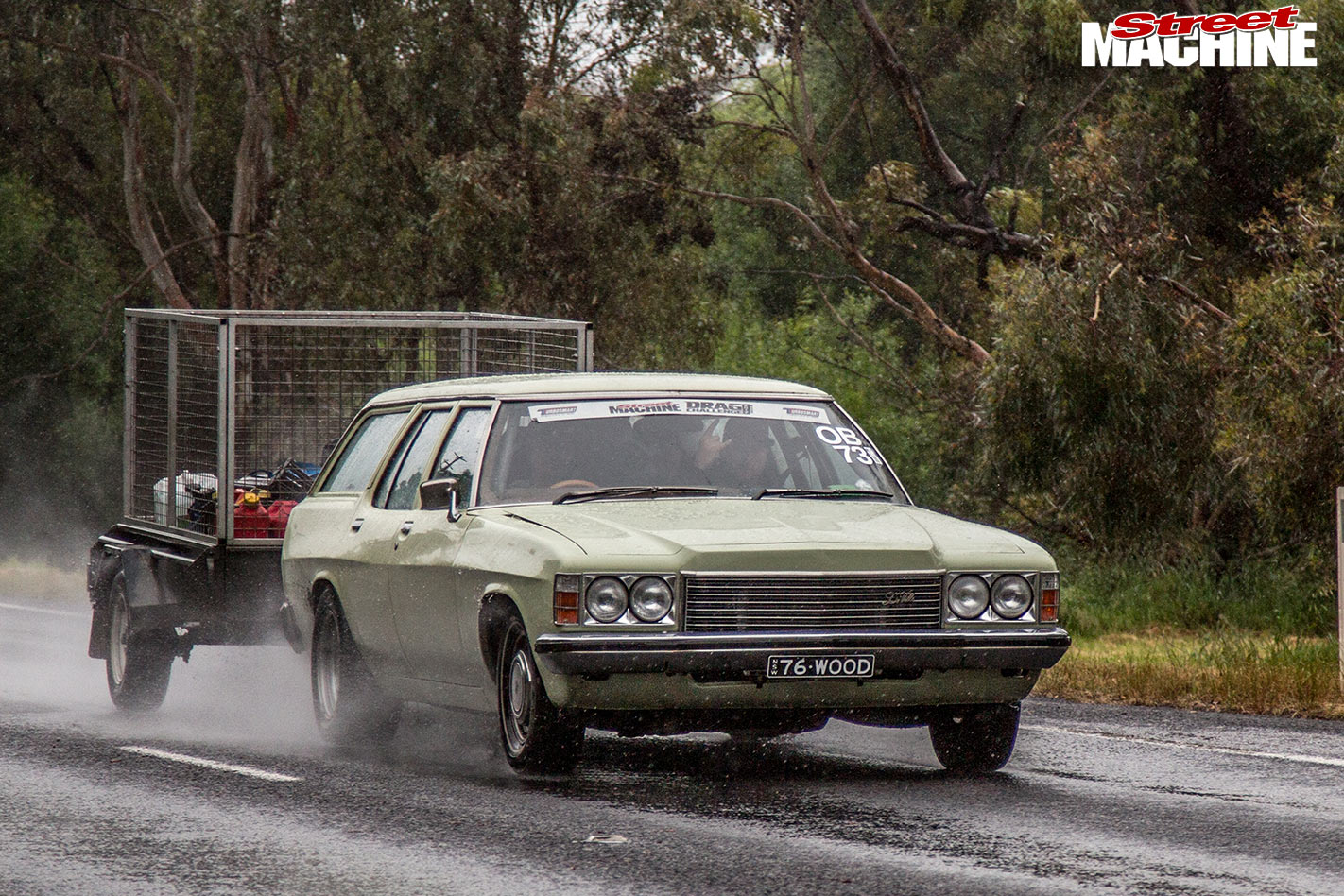 “All week we consistently ran 10s, to keep it in a safe place. I turned it up on Day Five and ran a PB of 9.89@137mph. Finishing Drag Challenge and coming fifth in the Turbosmart Outlaw Blown class was the best. It shows what I can do as a business.”

Will now has plans to be a DC top contender. “I really want to step it up and make this thing faster. It’ll take a little while to get the funds and get it all sorted out, but tubbing, fixing the chassis twist and adding a twin-turbo LS 427ci is on the cards.” 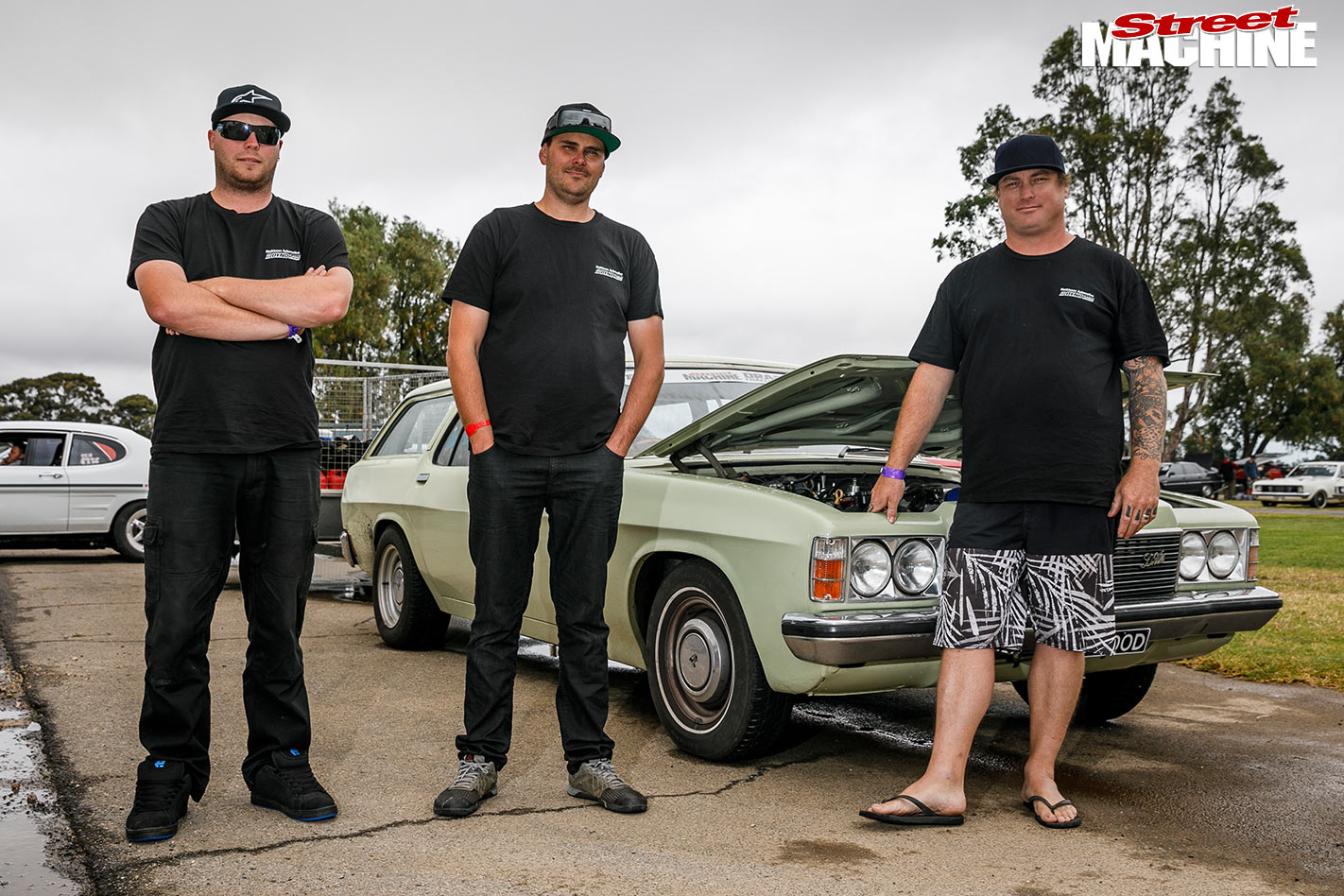 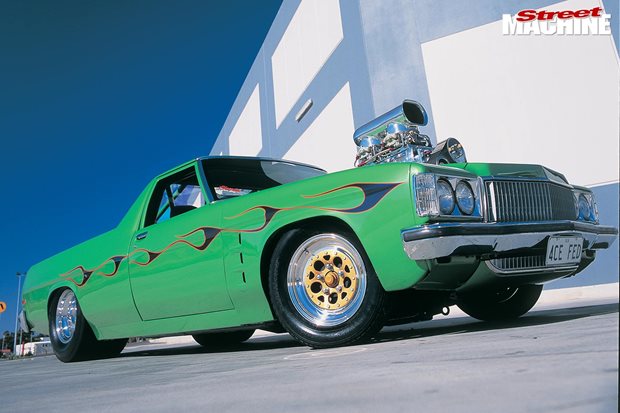 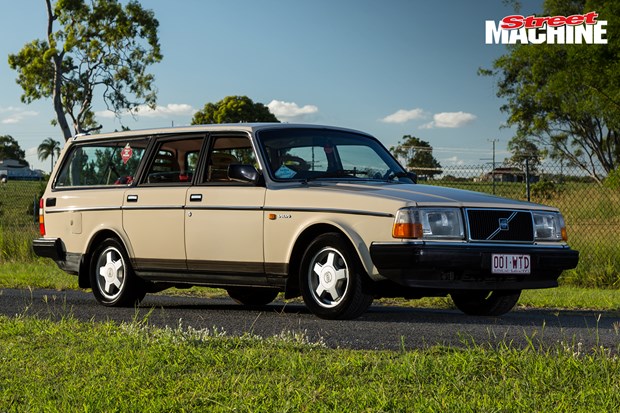 There's a lot more than meets the eye with this Toyota 1UZ V8-powered Volvo 240 wagon! 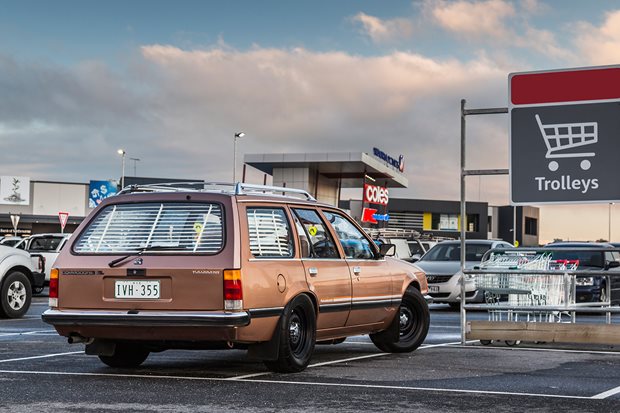 With an angry 355 stroker under the bonnet, it's back to work for Benny Leat's Holden VH Vacationer wagon