Frank's FAIRXW has run 7.15@202mph and will compete in Drag Challenge this year

FRANK Marchese from Dandy Engines has long had one of Australia’s quickest street cars. Frank and his XW Falcon have been off the scene for around 12 months now, after his previous engine combo broke into “around 10 million pieces”. It was a twin-turbo alloy Windsor-based small-block Ford, which Frank had aims of running into the six-second zone – until it went bang. 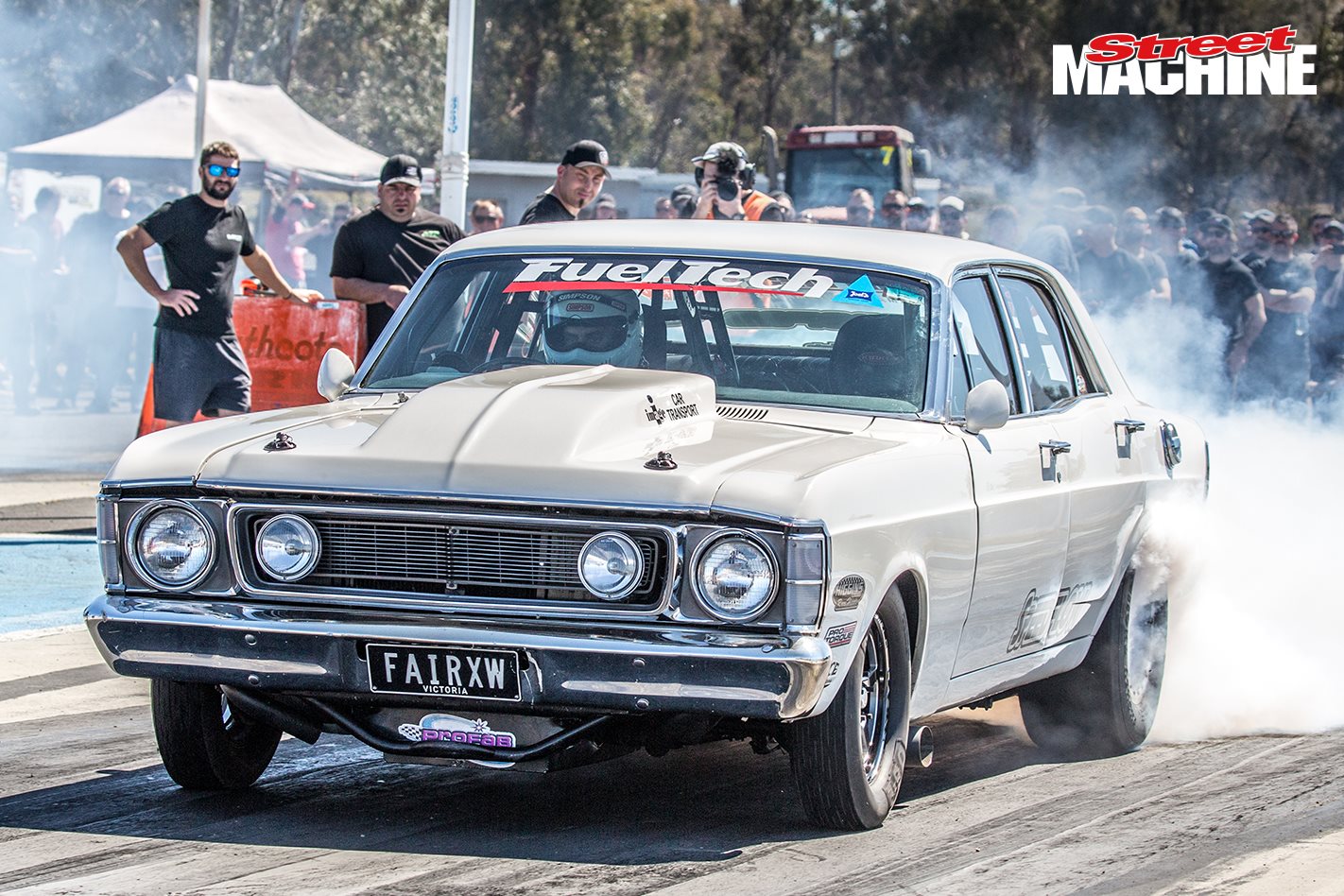 Now Frank has rebuilt the car with plans to take on Street Machine Drag Challenge in November. The XW now runs a World Products iron small-block Ford measuring 450ci and boosted by a pair of Precision Pro Mod Gen1 88mm turbos. In race trim the thing runs on VP Racing Fuels Roo16, which hits the motor through Billet Atomizer injectors, controlled by a FuelTech ECU. 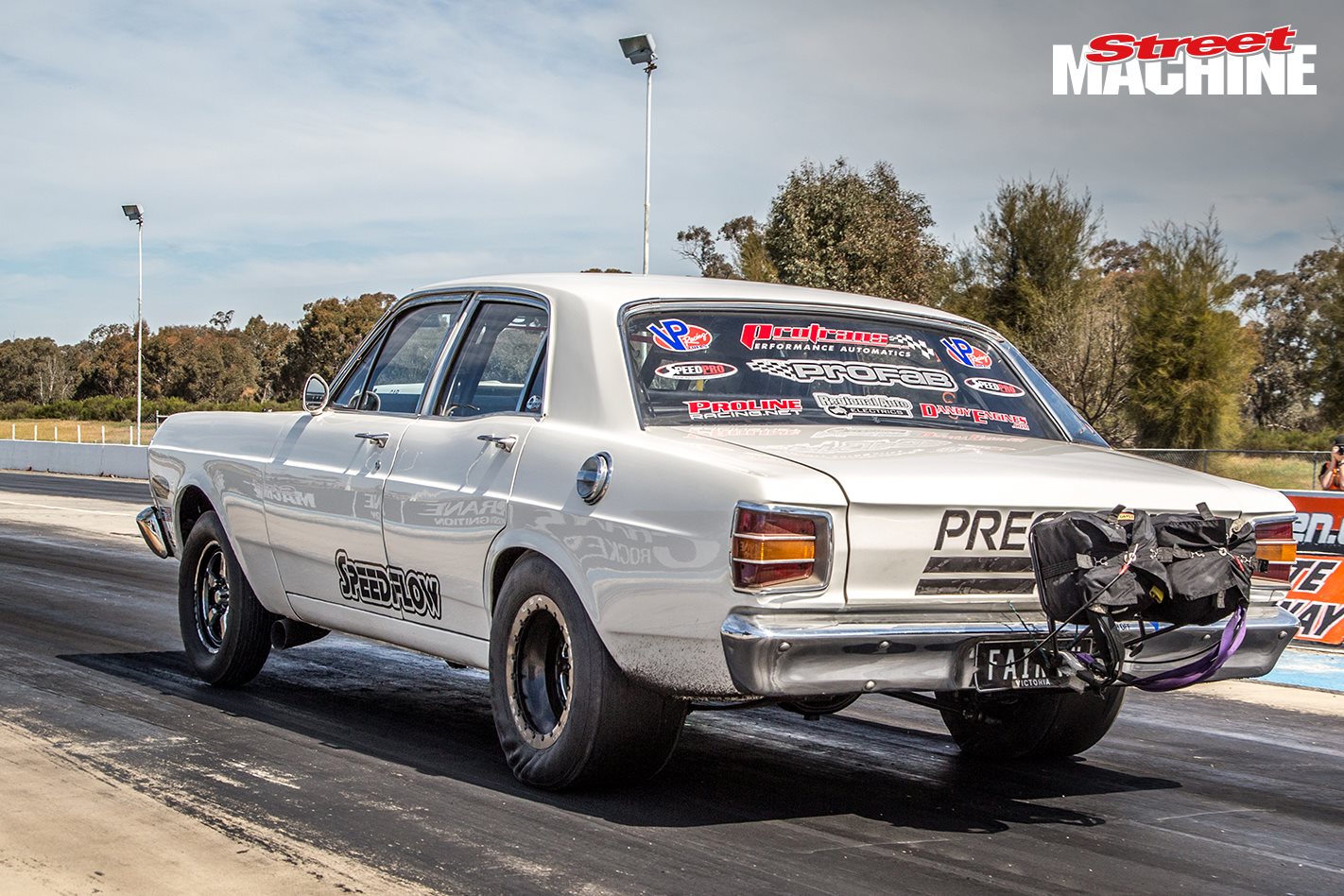 On its first outing at Sydney Dragway two weekends ago, the heavyweight Falcon ran a PB of 7.15@202mph, which would make it comfortably the quickest car currently entered into Drag Challenge 2018. Consider that the Falcon still runs a leaf-spring rear end and 275 radial tyres and the achievement is even more impressive. 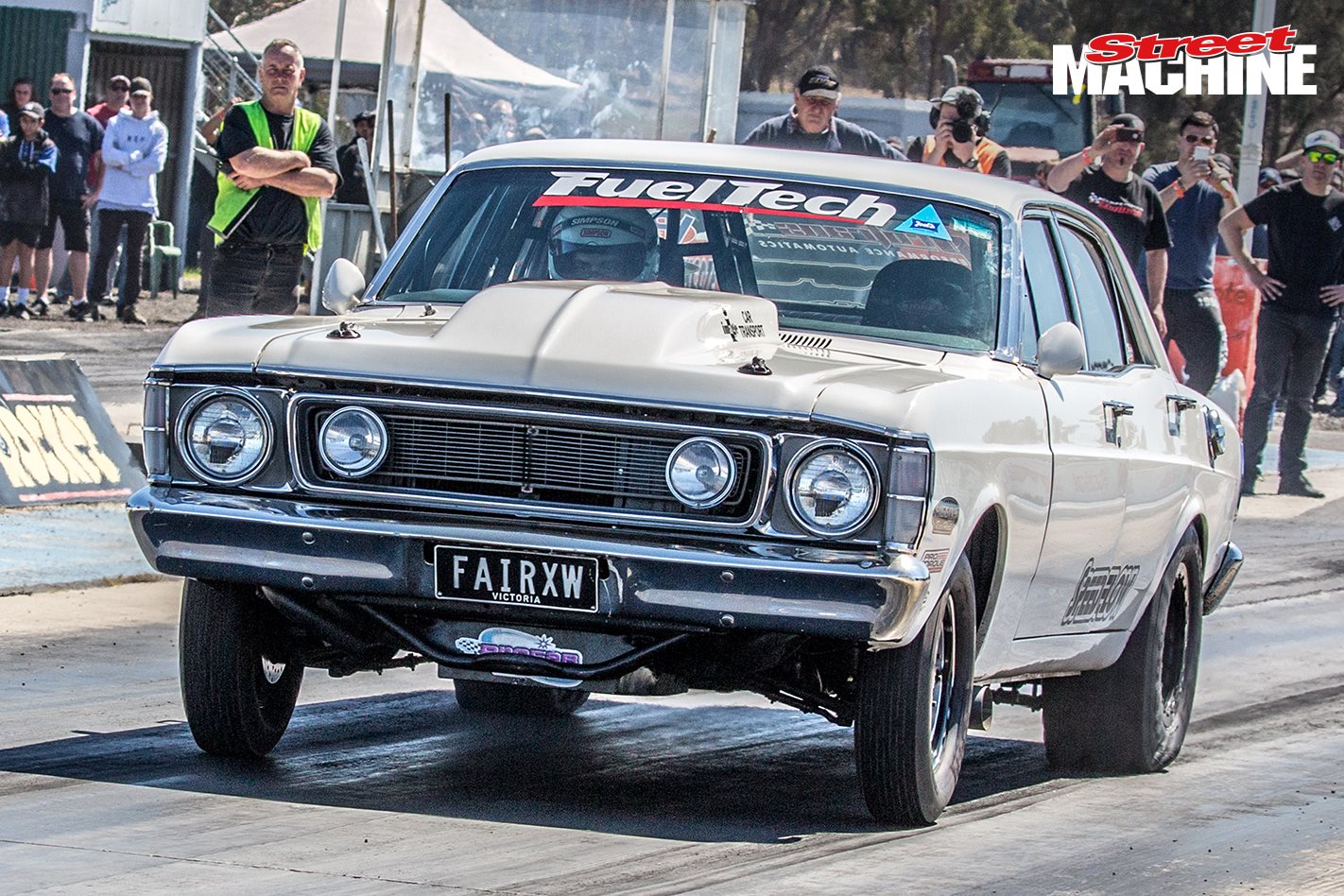 Last weekend Frank came out to Heathcote Park Raceway for the Ford-Powered Nationals – put on by Drag Challenge veteran Todd Foley – for some more testing, and the Falcon continued to impress. The track wasn’t there to run bottom sevens on radials, so Frank had a heap of power pulled out of it, but it ran super-consistent all day, with two 7.97s and a 7.96 straight off the trailer. Frank then finished up the event with a quickest ET of 7.84.

The next hurdle is getting the car ready for Drag Challenge. “I want to prove that it’s a street car,” said Frank. At the very least it'll need a bigger fuel tank and radiator for those long, hot drives between tracks.