If you ever doubted that the age of The Sleeper was upon us, look no further than Dominic Pelle’s HK Kingy.

You look inside and there’s no hint of what might be lurking. You look underneath and you’ll find only a HK Holden steering box, suspension and brakes. You look in the boot and you might, just might, notice the battery box and kill switch. Hell, even when it’s running, this car makes no more racket than any other HK `Olden. The deception is complete. Until you open the bonnet and discover 5.7 litres of alloy LS1 and a turbocharger hanging off to one side. Dig a bit deeper and you’ll also find a Powerglide with an 1800rpm converter and a nine-inch diff with a 3.2:1 Tru Trac centre. Dominic bought the car about 19 years ago as a way of getting to work and back but, as he tells it, he eventually fell in love with the old girl, had it painted and then started fiddling. 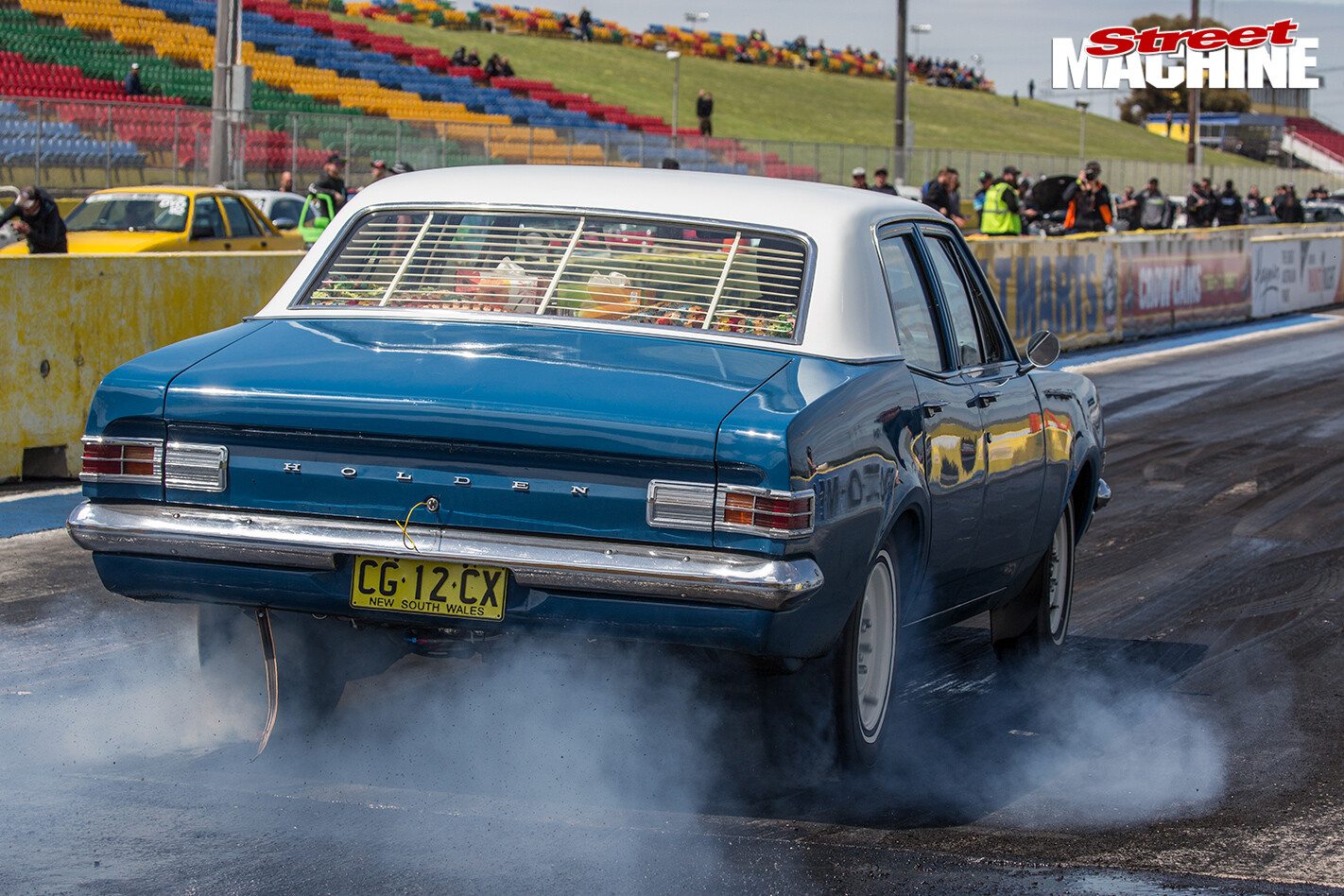 “But there’s nothing big dollar in it,” he tells us. “The engine is a dead stock, 140,000km LS dragged out of a wrecking yard. I put a set of valve springs in it, but I really shouldn’t have bothered. The turbo’s a 60mm Garrett T04B and we used that ‘cos we had it on the shelf. We did the whole conversion ourselves, too. So far it’s run 11.20 at 119mph, so there’s faster stuff here this week, but probably nothing that cost less to build.” 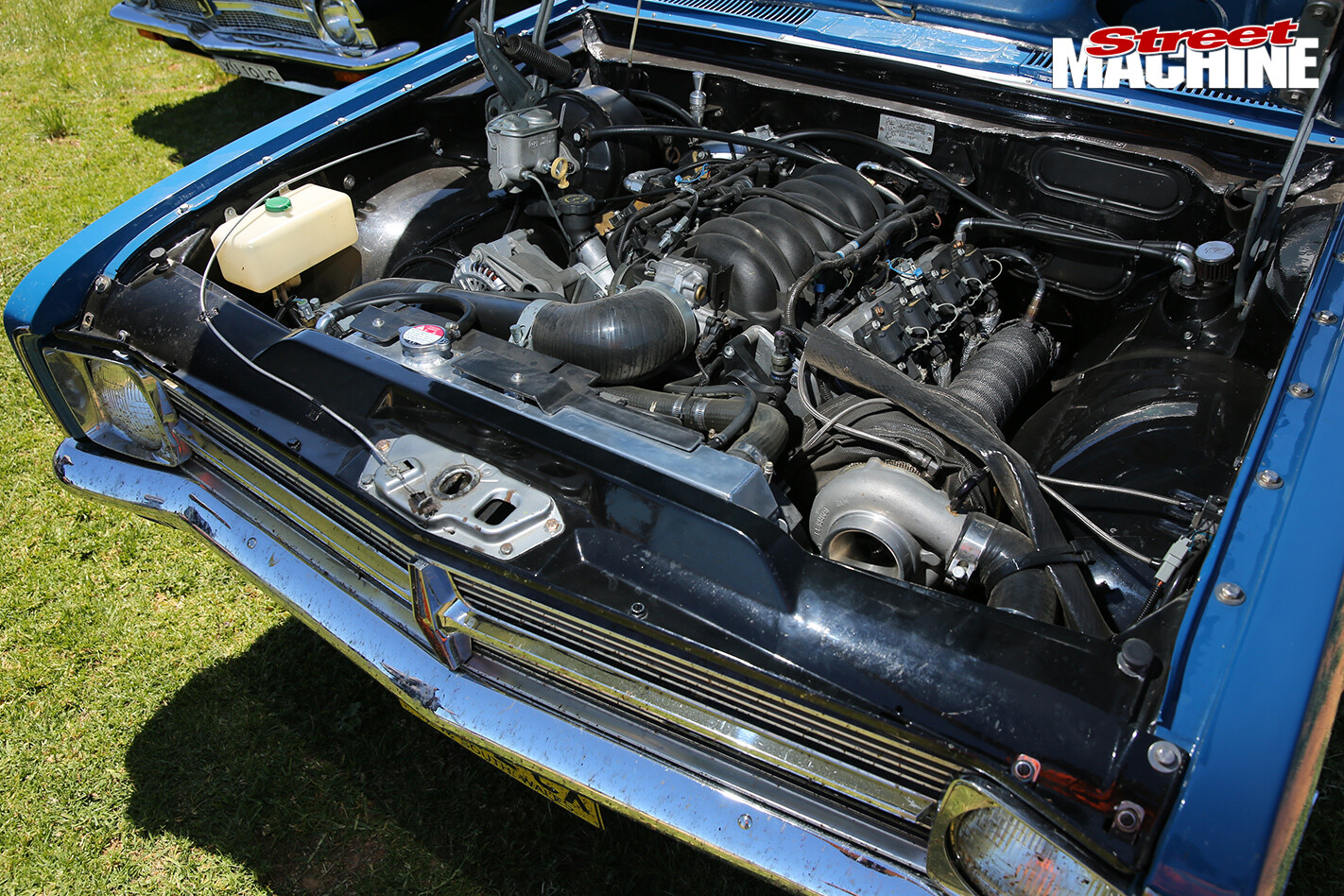 Now, Dominic hails from Llandilo in NSW, so by the time he back-tracked to find overnight accommodation and made it to the Calder Park sign-on, the HK had covered 1200km trouble free kays in 24 hours. Oh, and that was three up (his mates aren’t little blokes either) with a boot full of stuff, because Dominic didn’t want to tow a trailer for the week. “I reckon we’ve been getting about eight litres per 100km and that’s sitting on the limit. The only thing that went wrong was our roof rack collapsed halfway down the freeway, so we had to throw that in the back of a mate’s ute who was heading the same way.”

The car completed Drag Challenge 2016 trouble free, running consistent at each track. This sleeper HK is the real deal.