WITH Street Machine Drag Challenge just over one month away, our entrants are madly thrashing away on their cars, preparing for the five-day, five track torture test. Plenty of cars are still without engines, or sitting in sheds in a million pieces with lots of work still left to do. Here’s where a handful of our entrants are up to at the moment. Brad Kelly – VZ Ute
Factory L98, Borg Warner S480 turbo
TH400, 9-inch, McDonald Bros four-link rear end
"I can almost see the light at the end of the tunnel for the ute. The guys at All Race completed the rollcage and ‘chute a couple of weeks ago which turned out amazing. Darcy and the guys from Killaboost just finished up the all the turbo piping and exhaust this week, and Darcy was also kind enough to let myself and Phil Dynon work in his shop all weekend to finish off as much of the little stuff as possible before Luke Lsem takes over to work his magic." Lewis Mason – HQ Panel Van
383ci small-block Chev
TH700, BorgWarner diff
"The car started and ran for the first time yesterday, and some assembly is still required. The car has never been raced, but it should run elevens." Justin Mitchell – HQ sedan
5.3-litre LS, BorgWarner S475 turbo
TH400, HiLux diff
"Still hustling! I still have the fuel system and some little odds and ends to do, and then it's good to run. Hoping for a 10-second pass and some better fuel economy than last year. It’s all homemade; I haven’t gone to a shop for anything for the conversion. All the tuning will be done by me as well, under the guidance of a couple of mates." Jonno Xuereb – HSV VZ Maloo R8
6.0-litre LS2, cam, twin 69mm BorgWarner turbos
Built 4L65E 4-speed, factory IRS
"The RPM backup car is ready to go! The other car was a Torana with a twin turbo Dart 427 LS Next, however the car still isn’t painted so I don’t think it’ll be ready in time. It’s going to be a car to chase down the front runners, but not this year unfortunately. I’m hoping to go mid-nines with the Maloo." Dean Osborne – VX Commodore
Cammed L98 6.0-litre
TH400, 4000 stall
"I’ve just finished a bit of Drag Challenge prep today on my RDO. I fitted 275 Street R tyres on my SS, finished off the wheel carrier, and now the Racepak dash and gauges are all wired up. Now to upgrade the fuel system and start testing. It has run a best of 11.05 before; I was trying to get into the 10s cam only. I also have transbrake which I normally use, but I won't be using it at Drag Challenge – it tends to brake driveshafts and stub axles launching at 4800rpm off the button!" 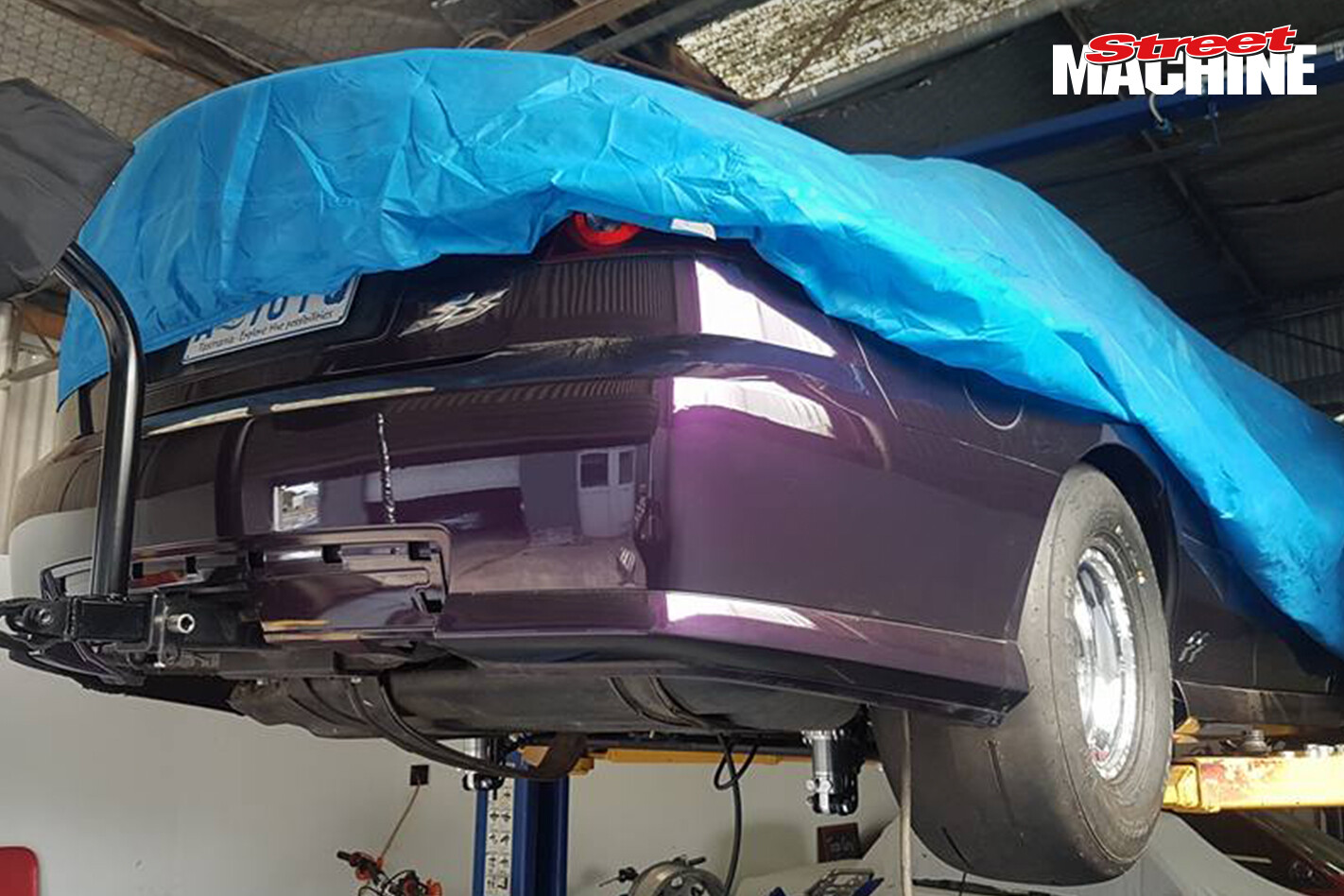 David Best – VY Commodore SS
430ci Dart LS stroker, twin 75mm Turbonetics turbos
Powerglide, nine-inch
"There’s so much more to do! It has all the rear end and turbo manifolds off Adam Rogash’s NOSHOW ClubSport. It’s a new engine so the car will be at MPW in three weeks for a tune, and then I’ll leave it there for the two weeks before Drag Challenge." "I’m from Tasmania, so I’ll be traveling over again to continue the drive for Drag Challenge." Andrew Grimes – Ford Territory
Barra 4L, 69mm Garrett GTX35 turbo
Built ZF auto, 3000rpm stall
"The car has a new built motor, new turbo setup and a bigger fuel system, and it should be at around 550-600awkw. Hopefully it will be starting and driving this week; we might have to detune it a little so we don’t run too deep into the tens." 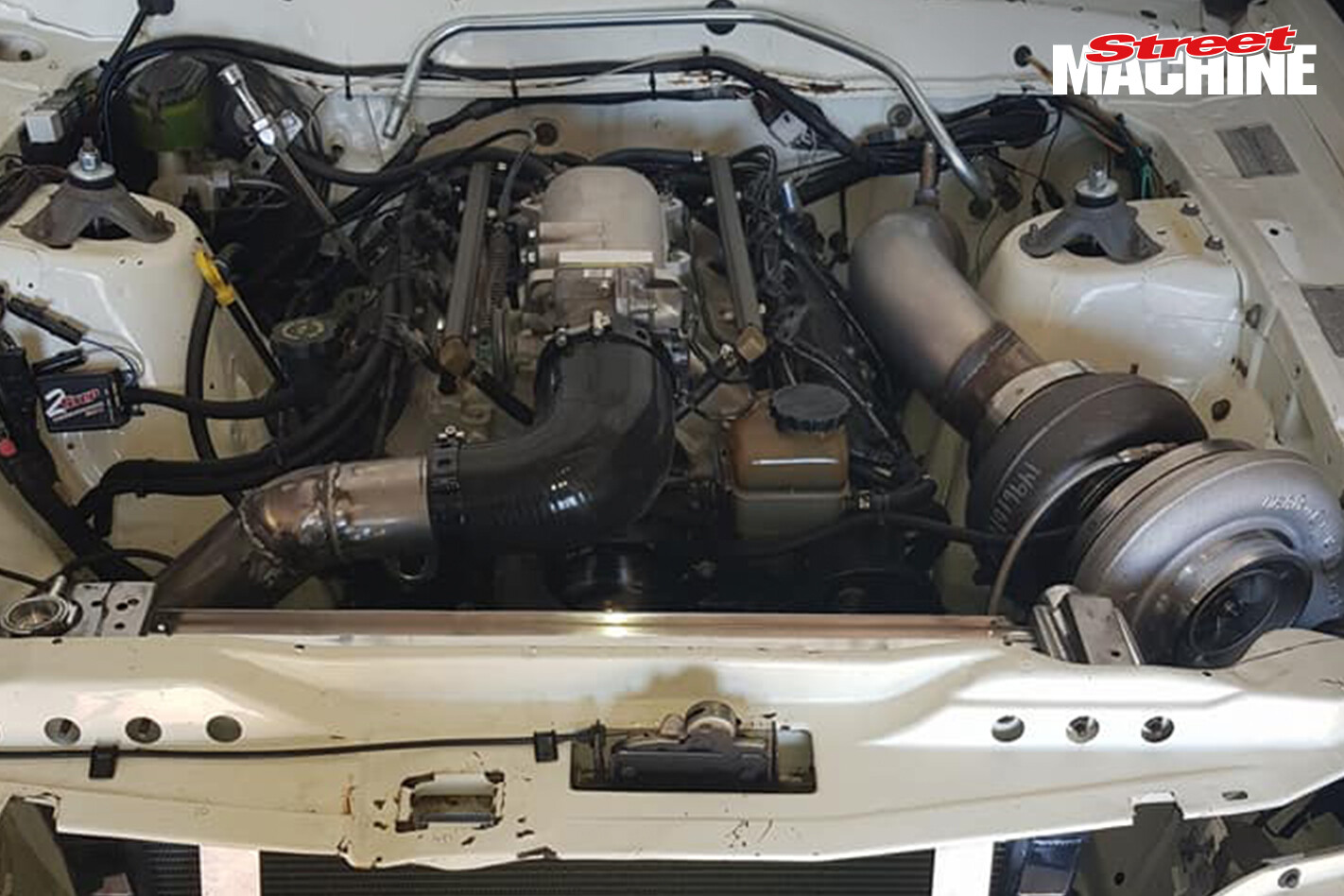 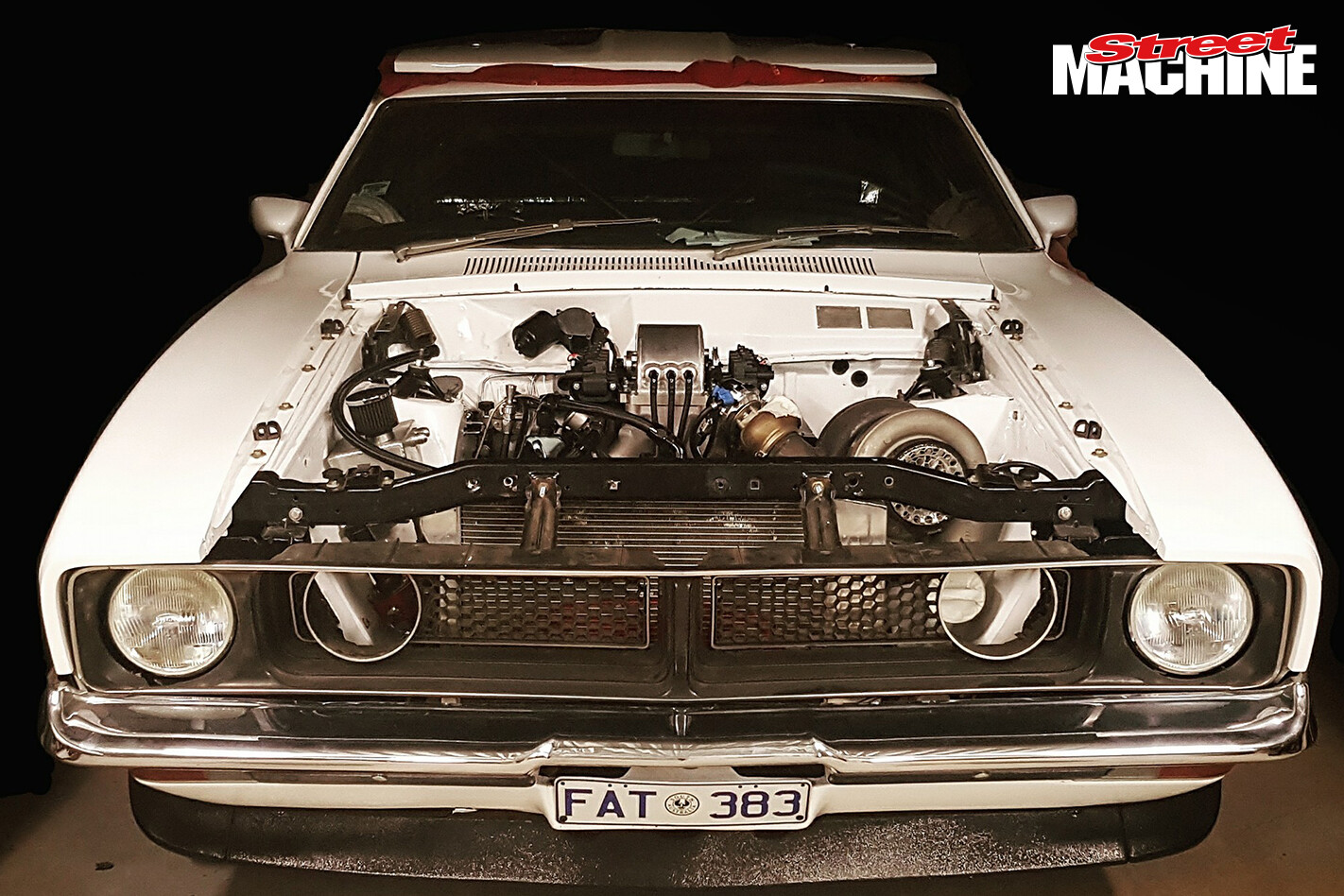 Phil Edmondson – XB Falcon coupe
383ci small-block Ford, SVO block, CHI Cleveland heads, BorgWarner S488 88mm turbo
Reid Powerglide, nine-inch full floater
"I have fitted everything up to finalise the loom and plumbing, then the engine came back out again to go on the engine dyno next time I'm home. There’s still a bit to do on the car, but it should be all good. Last time it was on the engine dyno it made 1187hp on 17psi. We've made a few small internal changes, and I've changed from the front mount intercooler to a large water-to-air intercooler. I’m hoping to run it up around 20psi this time around." 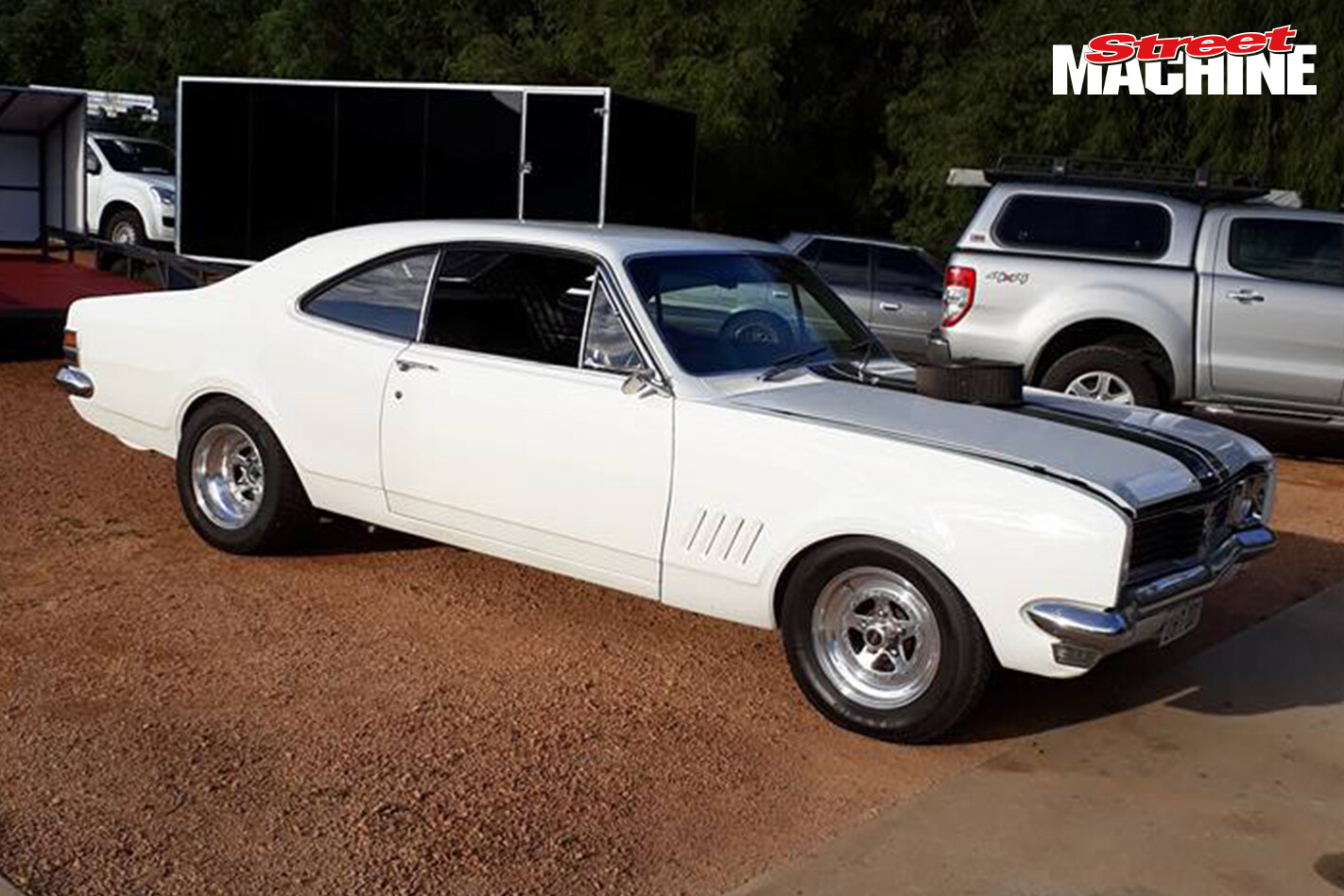 John Kerr Mercury – Mercury Comet
364ci 302-based Windsor
C4 auto, 9-inch diff, Detroit locker
"I don't have as much to do as some. I’m still putting the gearbox together after a freshen up; it’s been going six years and still looked good. I also had to pull the diff out of the truck as I cracked the diff housing on the car." 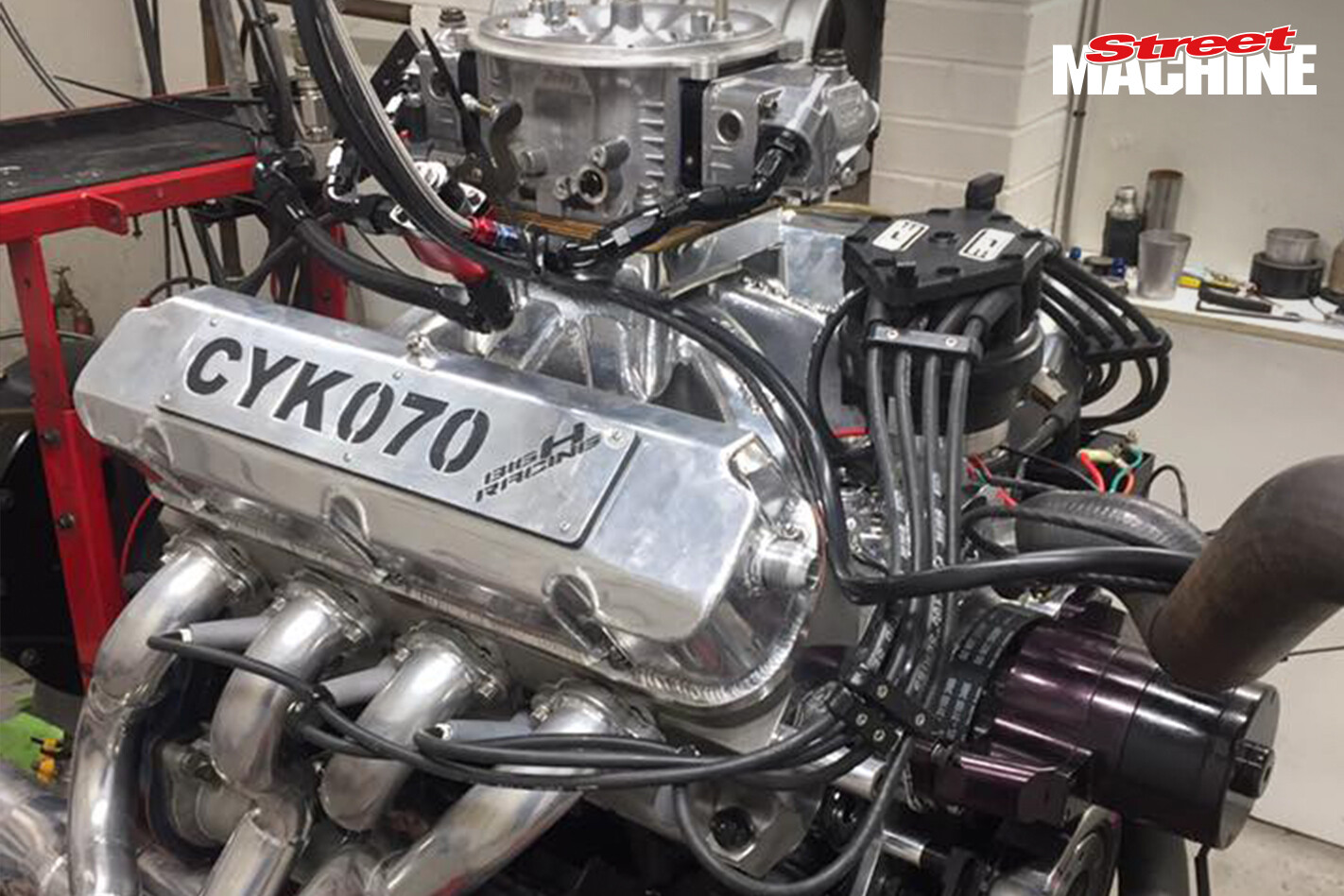 Nathan Ghosn – Ford Capri
370ci Windsor
C4, nine-inch
"The car’s best ET to date is a 9.64@141mph. The engine had a freshen up last month by Big H Racing and Steve from Shift Right has gone over the ’box. Over the next week or so I will be running the spanners over the car, replacing some rubbers and so forth, and installing the engine and ’box again. I’m hoping to get a few hundred kilometres on the car and a few test passes before Drag Challenge this year. The combo had about 12000km on it and we think about 300 passes, plus Powercruise, Oz Nats, Cootamundra events and so on before the freshen up." Stephen Micallef – HQ One Tonner
632ci big-block Chev
4L80E trans, nine-inch diff
"The old engine is coming out and the new one is nearly ready; I just need more time to test. It's still a 632 but a different block; I want to make 1100hp naturally aspirated. The gearbox is now a 4L80E, and the car has also been on a diet. I want to go 8.7s, and my previous best was 9.3@145mph." 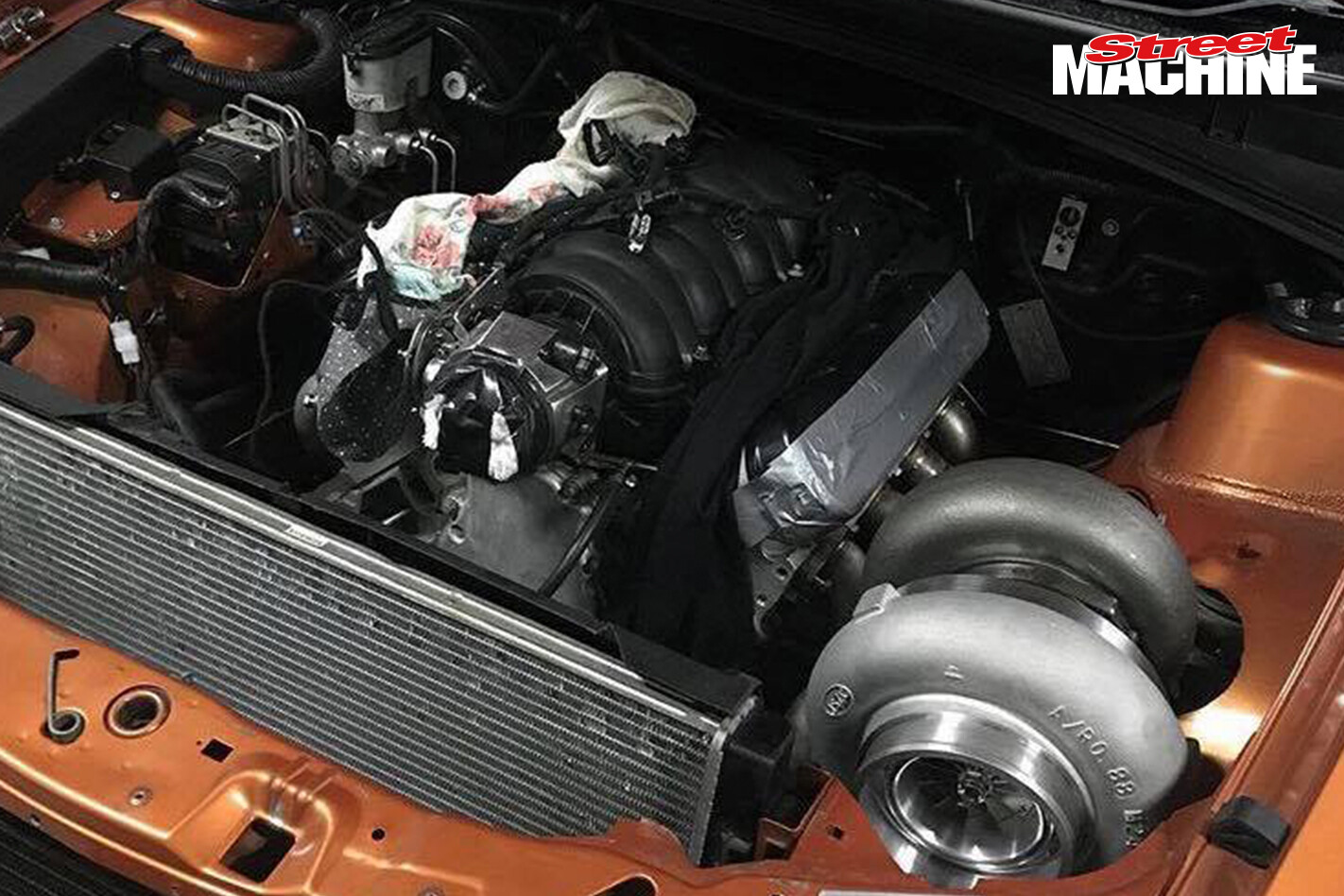 Luke Lsem - VU Ute
LM7 5.3-litre iron block LS, Garrett Gen2 GTX55 88mm turbo
Reid Powerglide, shortened IRS
"The timeline is tight! I pulled out the alloy block LS1 for the last time on Friday night ready for final assembly, with the new engine/turbo/glide combo going in in the coming weeks. Darcy at Killaboost has fabricated the new hot side and I dropped the ute at All Race on Saturday for the cage, ‘chute and mini tubs. It’s going to be an awesome week if we can get it there. We’re not going to break any records, we’re still running IRS just with upgraded axles and shafts – we’re bringing plenty of spares! I’d just like to sneak into the eights and finish the event. Can’t wait!"