Until his engine went bang on Day Five, Matthew Tomkins was living the DC dream in his super-cool, supercharged HT Kinger

MATTHEW Tomkins’s 1970 HT Kingswood was always intended as more of a street car than a race car, but with a 660+hp LS donk hiding under the green bonnet, it was no slouch when Matthew took on our Street Machine Drag Challenge this year. 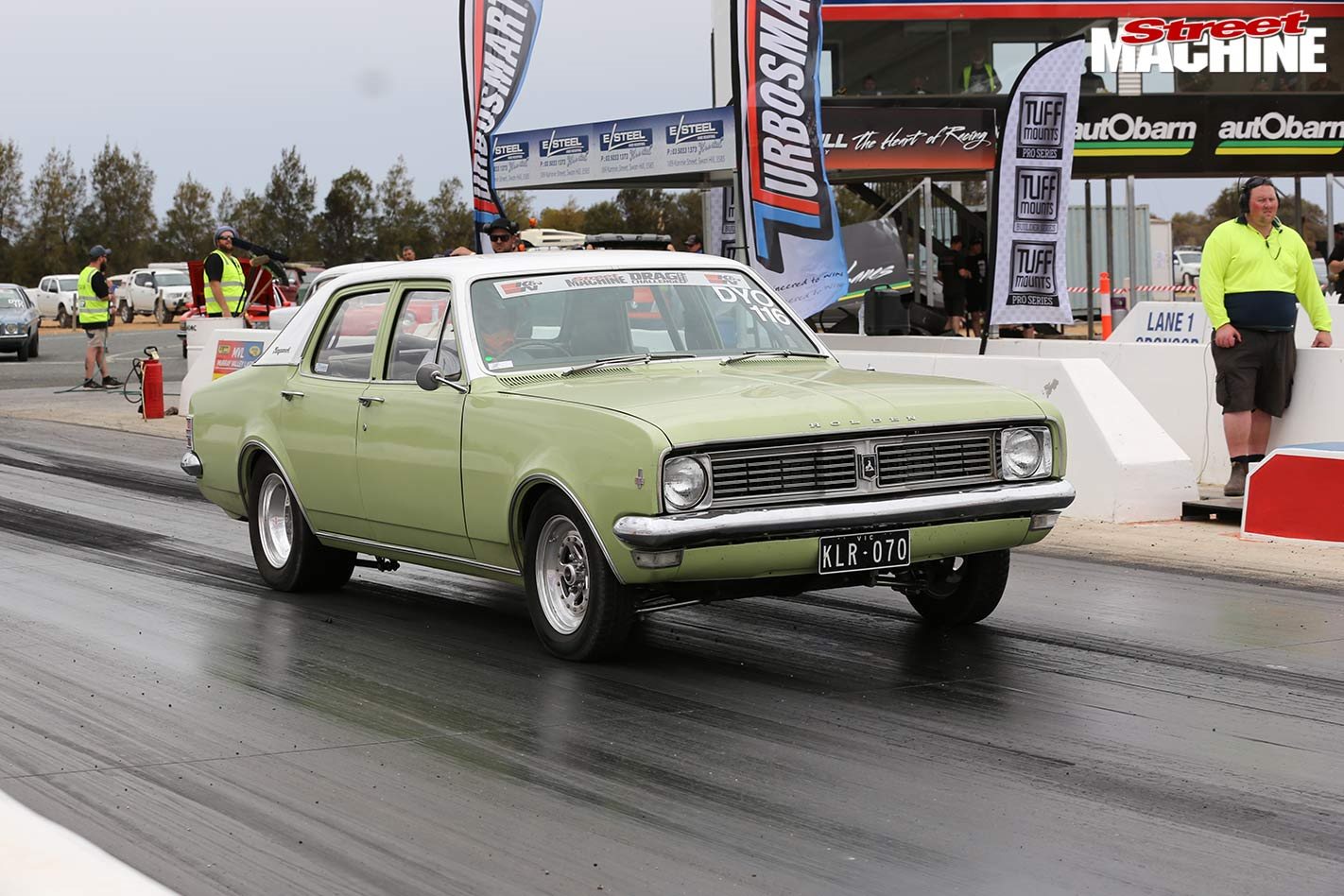 Matt acquired his HT from an Adelaide auction after outbidding Rare Spares roughly five years ago, and even though he had intentions of building a street car, an LSA was always the dream powerplant for his pride and joy. But while the blower sitting on top is LSA gear, the donk residing underneath is actually a largely standard LS2 block, save for some Higgins heads and basic top-end renovations. Controlled by a factory ECU, the package was good for 663hp on the hub dyno.

Backing up the whining six litres of fury is a Turbo 400 courtesy of Paul Rogers with a TCE 4000rpm stall converter and Strange nine-inch diff housing sporting a Truetrac diff with 4.7:1 gears. 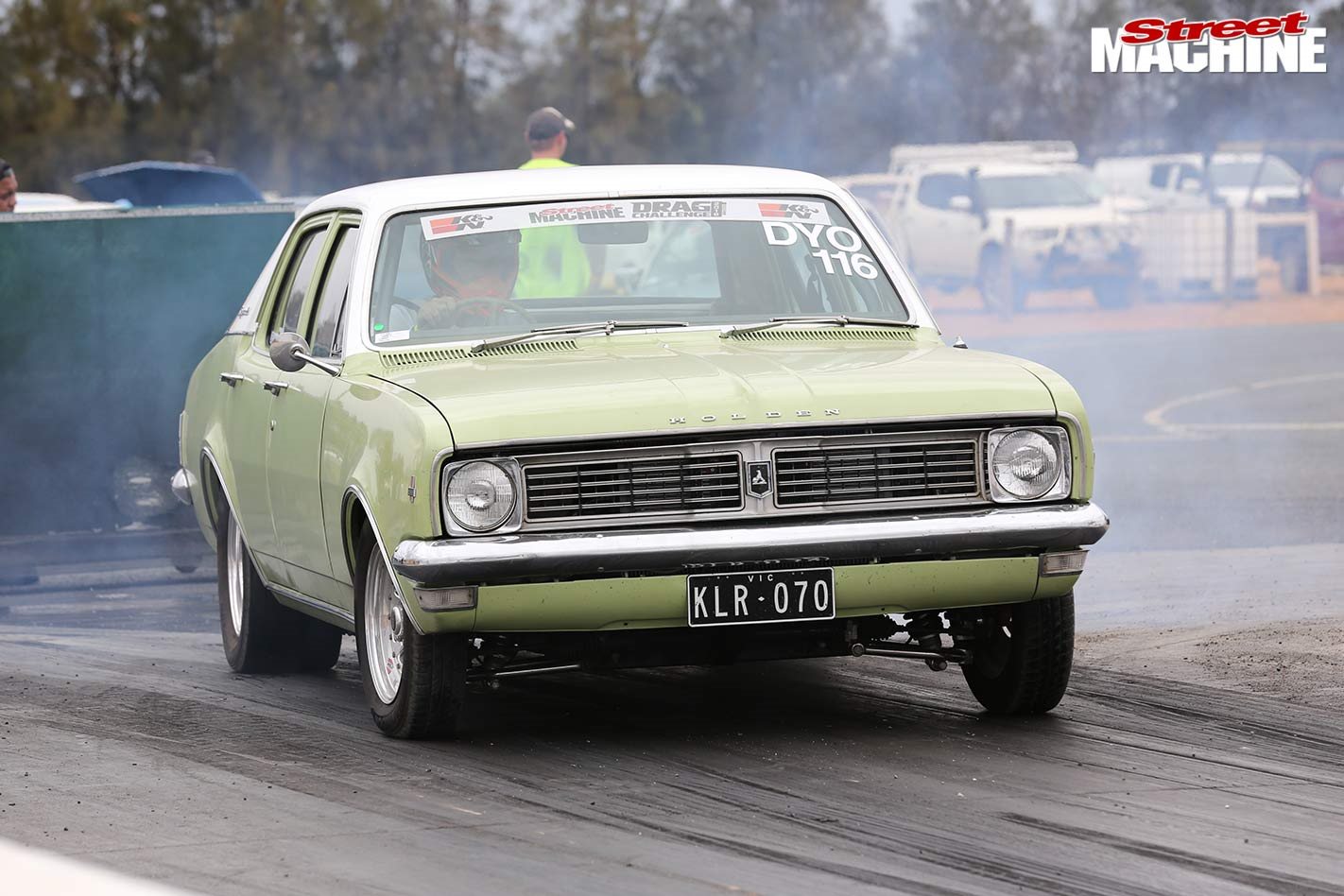 Matt enjoyed just about every moment of his week at DC. The car ran like a dream and all he had to do was keeping pulling out the wallet to keep the tank full. Even though Matt has a ’cage, the guys at ANDRA hadn’t given it the tick of approval, so his best run of the week came in at a 10.92@99mph, running in the K&N Dial Your Own class. 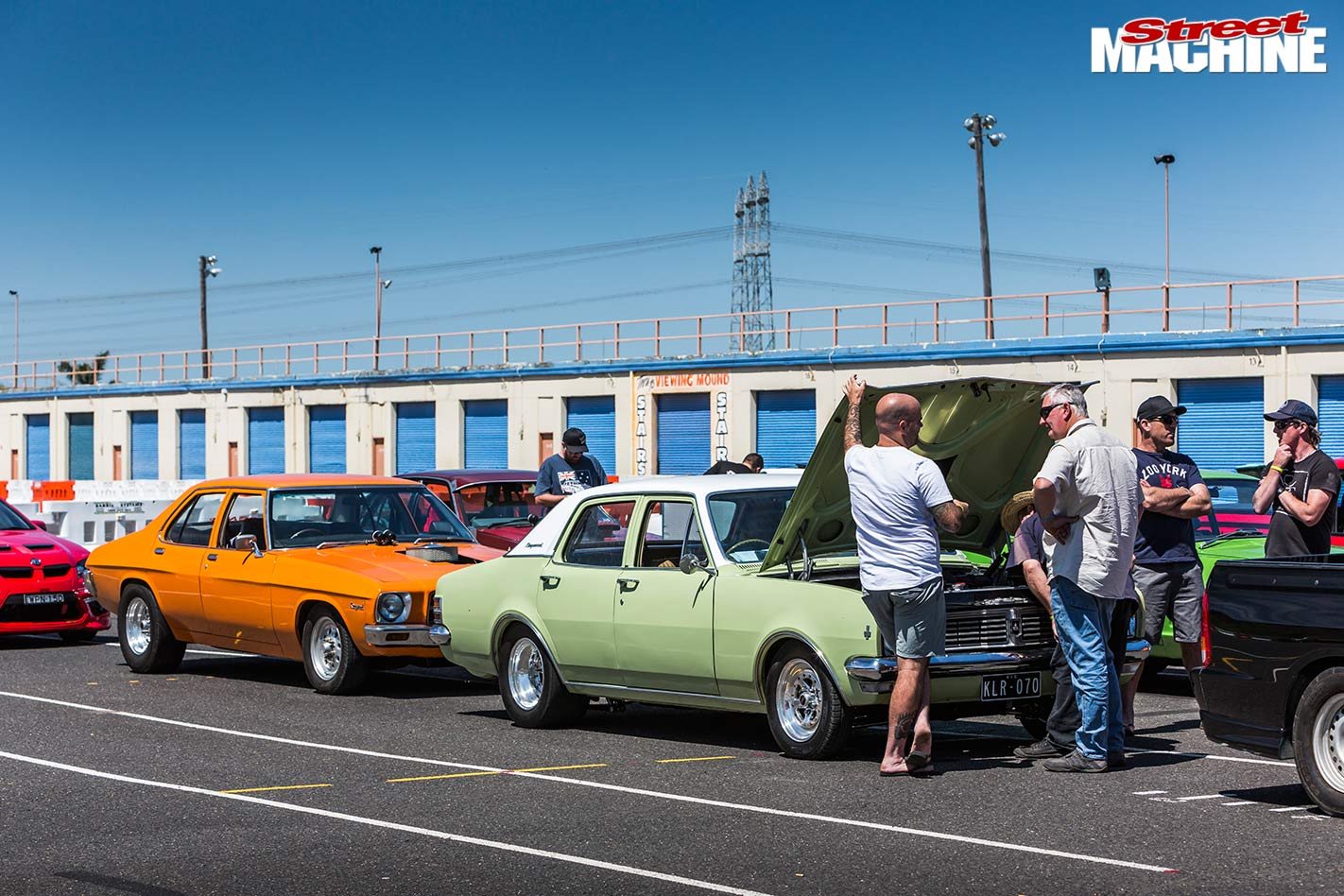 “We didn’t have to do any maintenance; we just kept putting fuel into it and just drove,” Matt said. “I loved all the sight-seeing we get to do at DC; I love visiting all the old sites and being on the road with mates and all the cool cars and people. 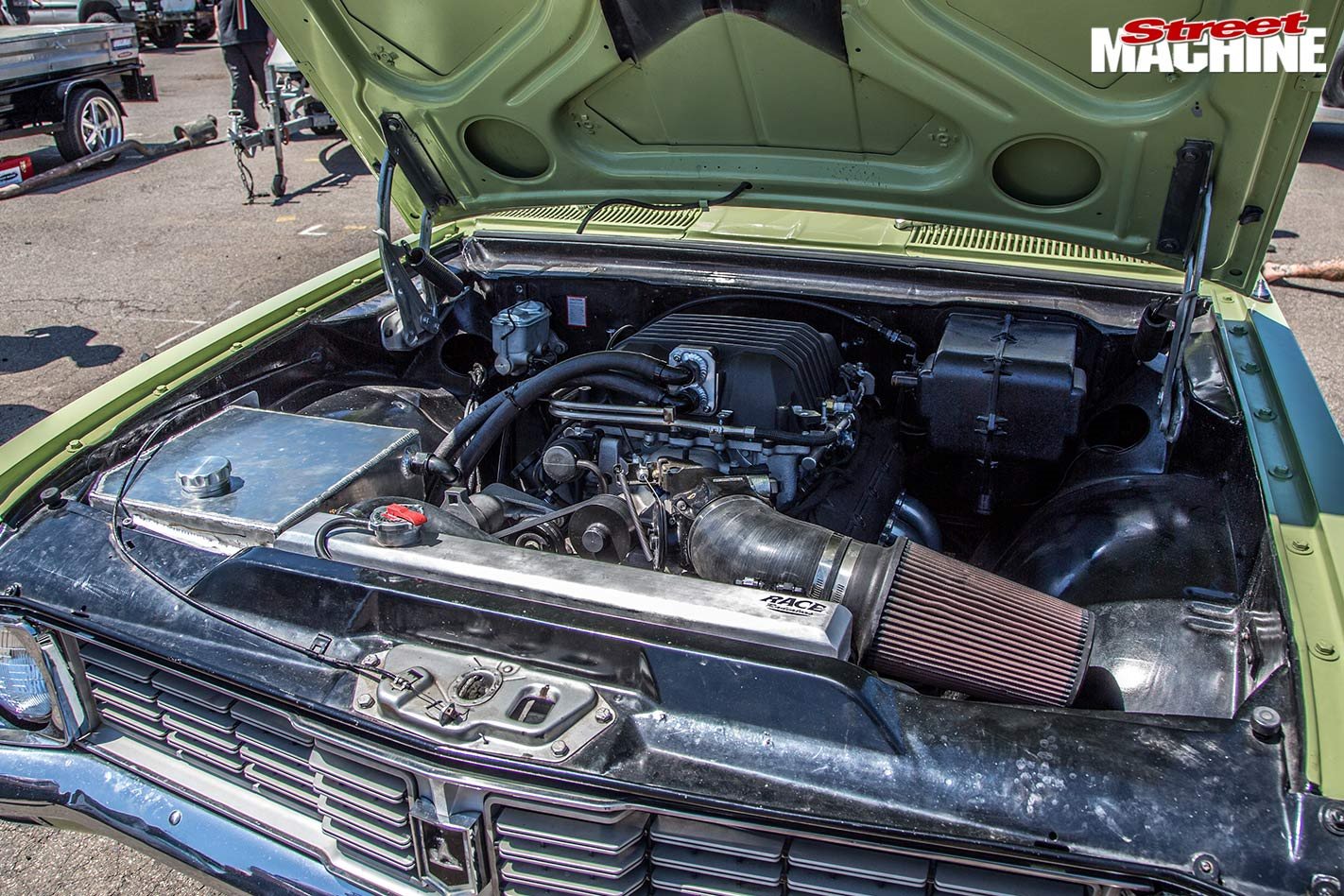 Sadly Matt’s week didn’t end in an ideal way, with the LS2 giving up the ghost on his only pass on Day Five back at Calder. “It punched a hole into the side of the block the size of a Coke can,” he said. “I was probably asking for it with a standard bottom end, and that 15-second pass was the only one we got to make.”

But Matt hasn’t let it dampen his spirits in the slightest; he’s already planning how he can come back bigger and better next year. “I’ll get an LS Next block to replace the wrecked one and see if we can get into the nines,” he said. “Next year I’ll be back for sure; I’ll be pestering you guys for the entry forms before they’re even out.” 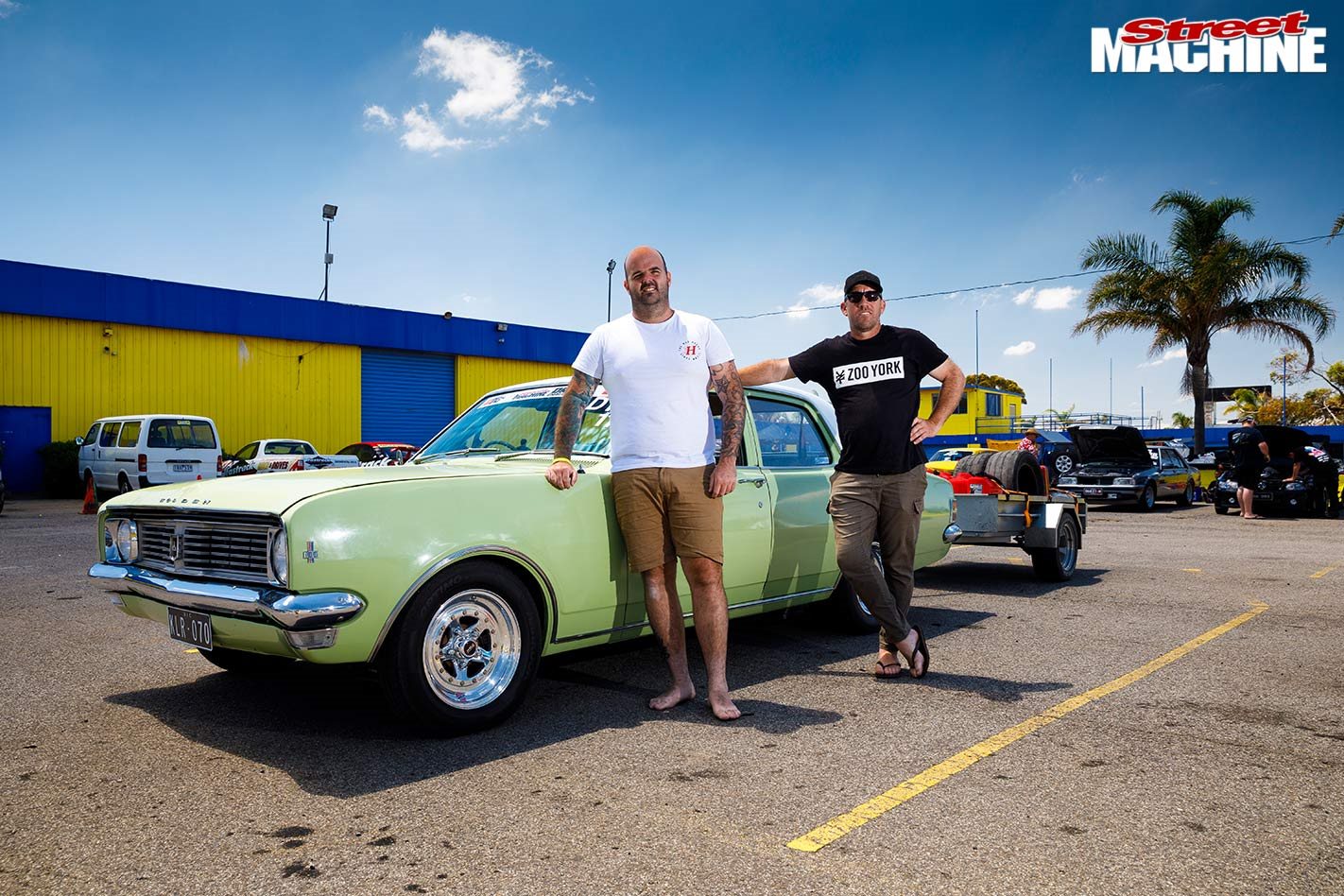