SO OUR first Street Machine Drag Challenge Weekend is done and dusted. This was our first attempt at taking our event to the Sunshine State, and it went off really nicely. We had 80-odd entrants to the three-day event, and apart from two on-track prangs and a couple of canaries, things went off without a hitch. The three-day deal feels like a bit of a holiday after you’ve done the five-day big banger, but it was still a tough test of both driver and machine. At the pointy end of the field, it was great to see Mark Van Der Togt’s XW take the win. Not only did Mark claim the first-ever win for the Blue Oval in a DC event, but he displayed a pair of giant brass balls and unfailing good humour in the process. He spun the car in the breaking area on both Day One and Day Three – the second time at 169mph, tagging both the left and right walls. While that would have most of us crying in our beer, Mark was all smiles and set about doing a bush mechanic’s panel-beating job with his crew – including straightening the front bumper in the fork of a tree. He got the car looking more than passable, and after collecting a bunch of tinware at trophy time, he drove the old girl home. 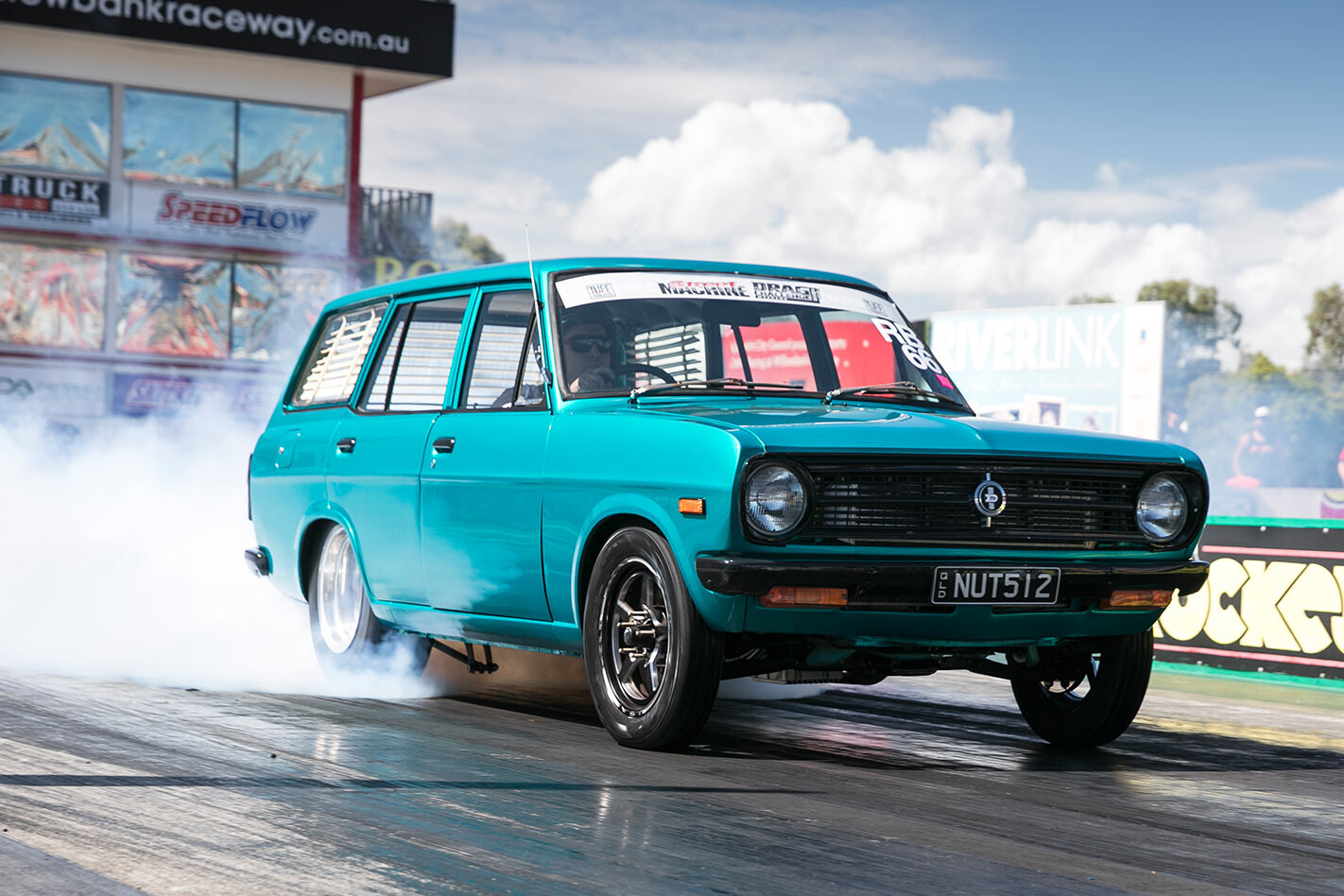 And while the twin-turbo V8 monsters at the top of the leaderboard are always great to watch, what I loved about Drag Challenge Weekend was the sheer variety of cars and drivers giving it a go, some of whom had never drag-raced before. We had everything from an LS-powered Sigma to a giant, murdered-out Chev Monte Carlo and some show-quality ex-SM feature cars. And that is the great thing about Drag Challenge – you don’t have to be a gun drag racer to join in and have fun. You just need a reasonably fast street car and a sense of adventure. The dates for the five-day Drag Challenge are already locked in – 12-16 November, with registration at Calder Park on the 11th. All of our tracks are in Victoria this time, with two days at Calder, two at Swan Hill and one at Mildura’s Sunset Strip. We’ll have our online entry system up and running at dragchallenge.com.au soon, but if you are interested in racing, send us an email to streetmachine@bauer-media.com.au and we’ll put you on our mailing list. If you’re on Facebook, join with the Street Machine 2018 Drag Challenge Members group, too.

In the meantime, enjoy this massive gallery of the folks who made Drag Challenge Weekend such a success.