A CORONA wagon? Really? In a crowd of traditional V8 muscle at Street Machine Drag Challenge, this Corona – and a few other not-quite-what-we-expected street cars – added a shot of variety. Driver Max Edwards is the son of Jake Edwards, a regular in the Summernats Horsepower Heroes dyno competition. 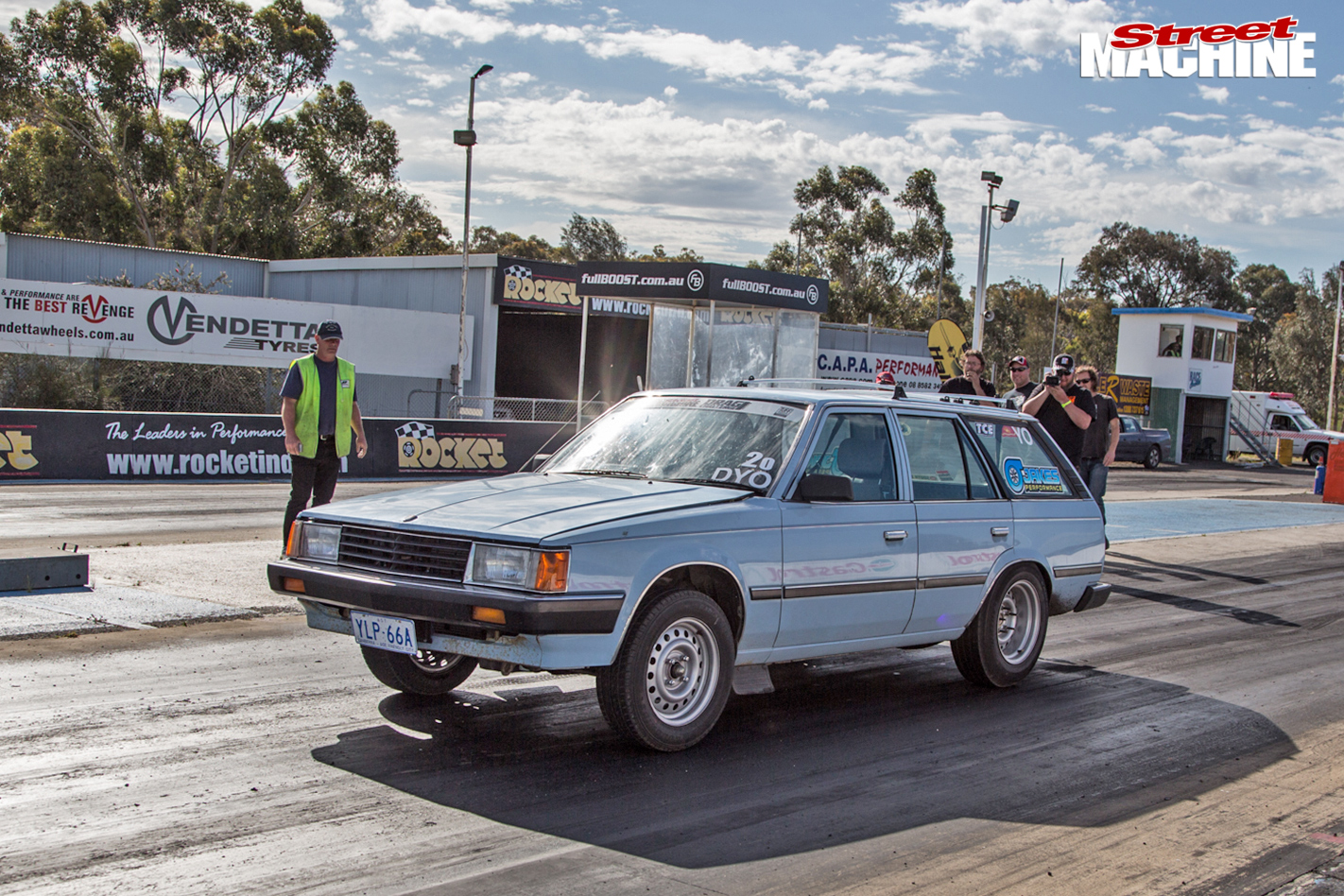 The ’84 Corona was a $700 Gumtree buy in Sydney. “We drove up one afternoon just before the last Summernats to collect it,” says Max, who wagged school to be at Drag Challenge. 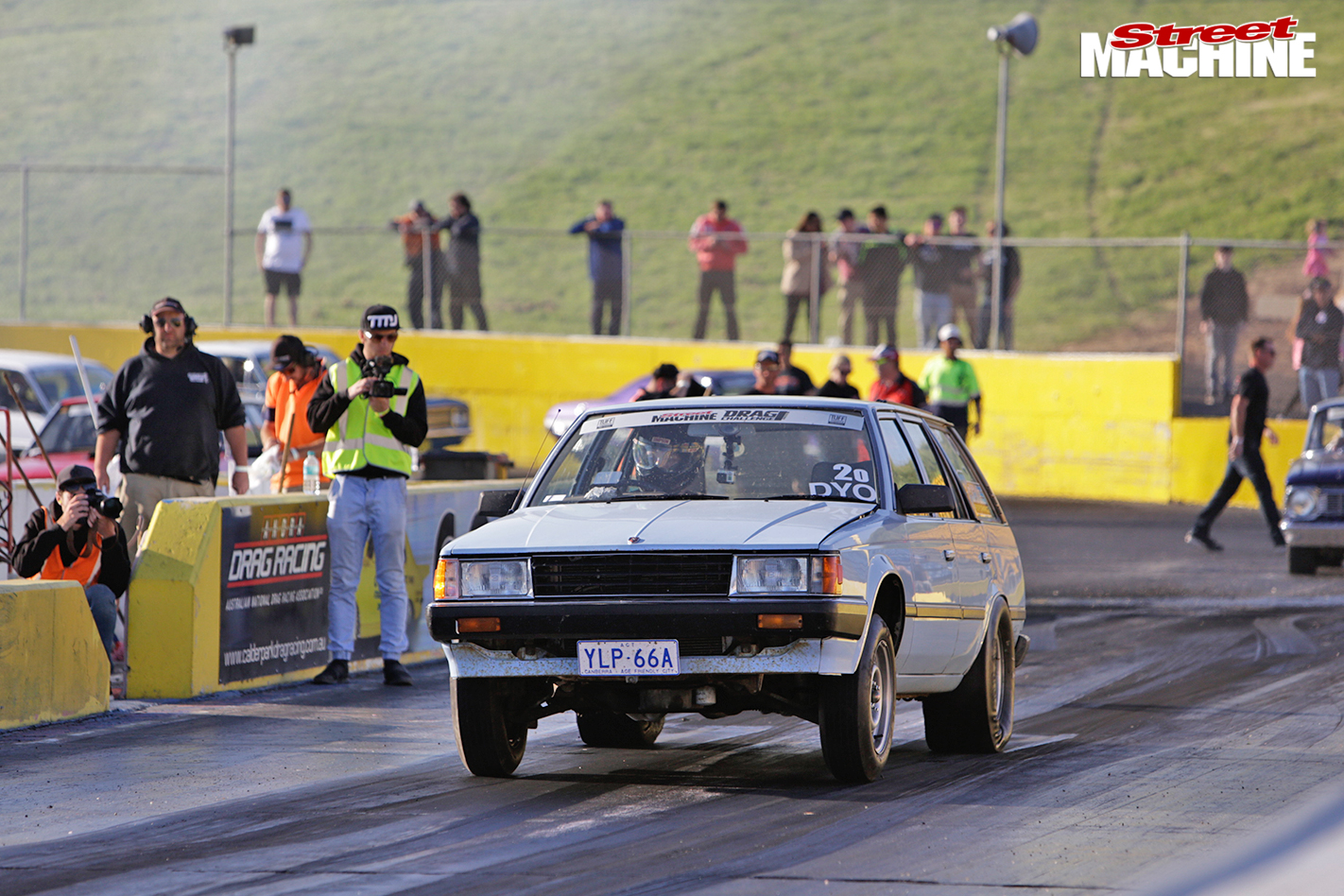 The unloved baby-blue wagon had a popped engine, so it was a perfect new home for an ex-VY Commodore LS1 all-alloy V8. The 200,000km 5.7-litre donk was re-ringed and received a few upgrades to help it survive Drag Challenge: a good oil pump, beefier pushrods, plus hi-po springs and retainers. For simplicity the Holden factory injection hardware was replaced with a BG Gold Claw carby on an alloy intake. 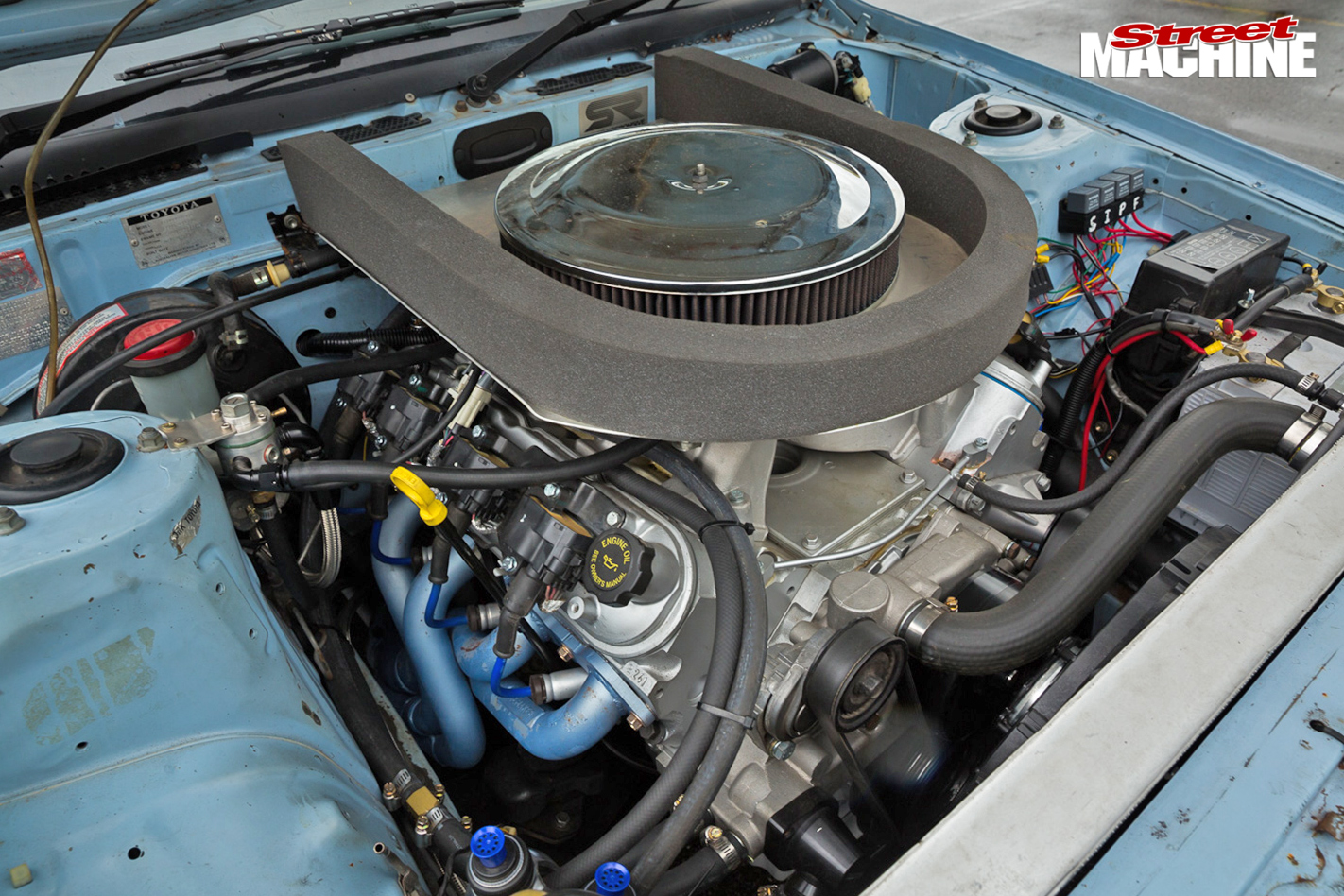 Behind the LS1 is a GM TH400 three-speed auto. Although these rear-drive Aussie-made Corona wagons had a BorgWarner live axle from the factory, this one has been upgraded with a tougher rear end (with 3.7:1 cogs and disc brakes) from a later-model Commodore. 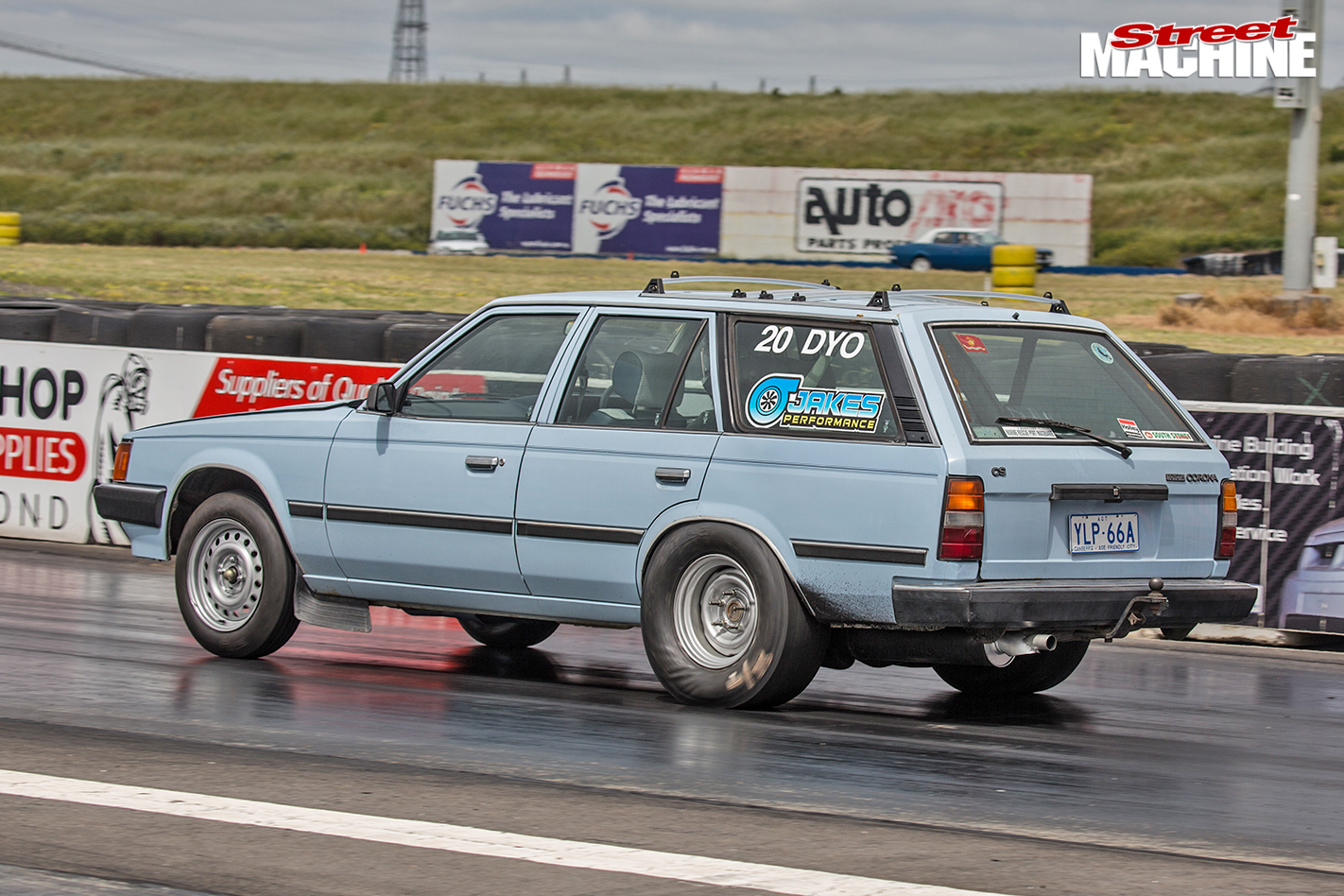 In case you noticed, those four-stud front interceptor-style rims are super-rare steel spares from a Nissan Skyline, and almost perfectly match the five-stud widened Commodore ones under the rear. Race rubber at the business end consists of a set of 28x9x14 slicks. 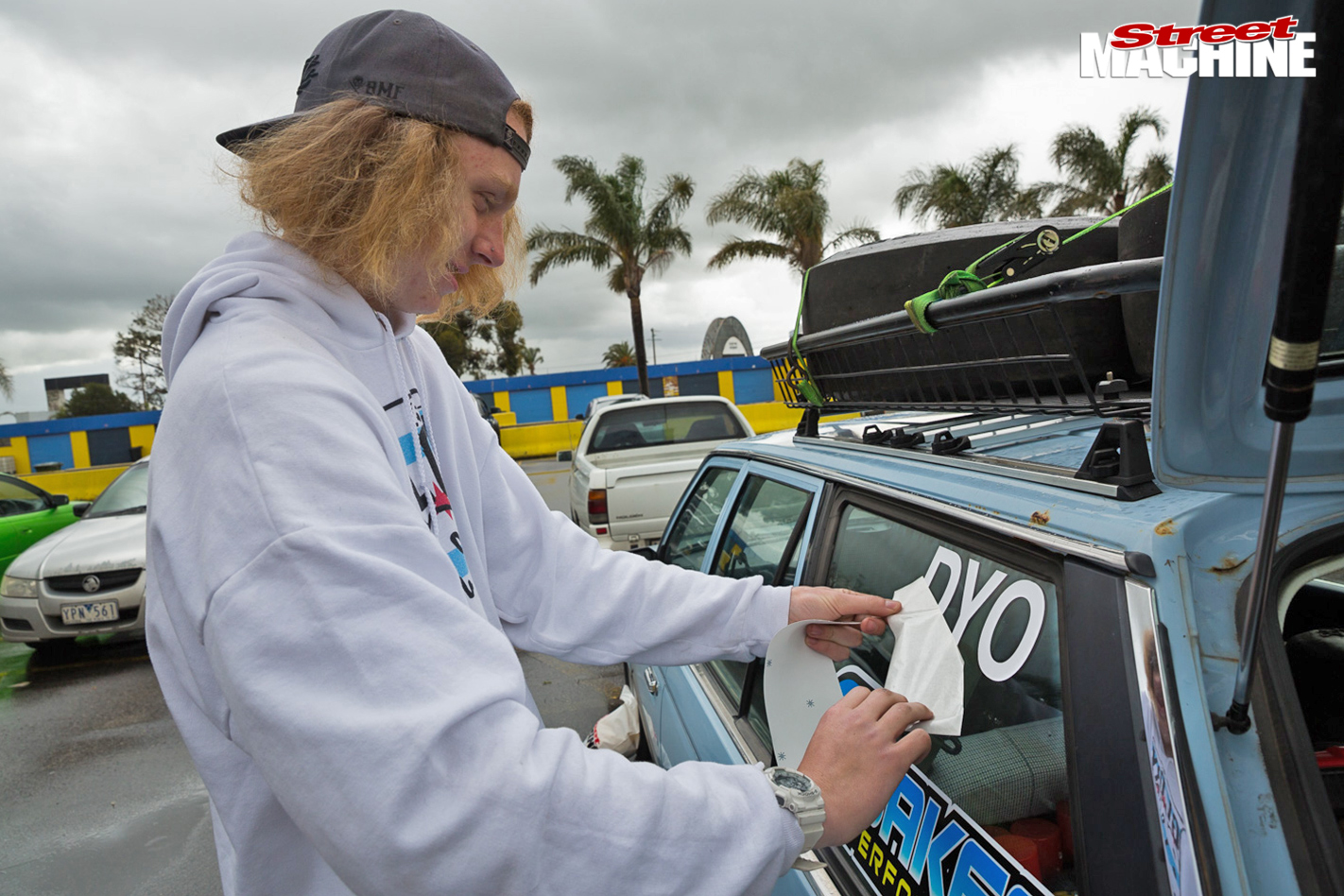 Max has run an 11.4 at Western Sydney Dragway, and running in the DYO class at Drag Challenge he was hoping for consistent numbers from his V8 wonder-wagon all week. But during one of its first runs on Day One at Calder Park – boom! – the engine tried to slice itself in half by throwing two rods through the block. 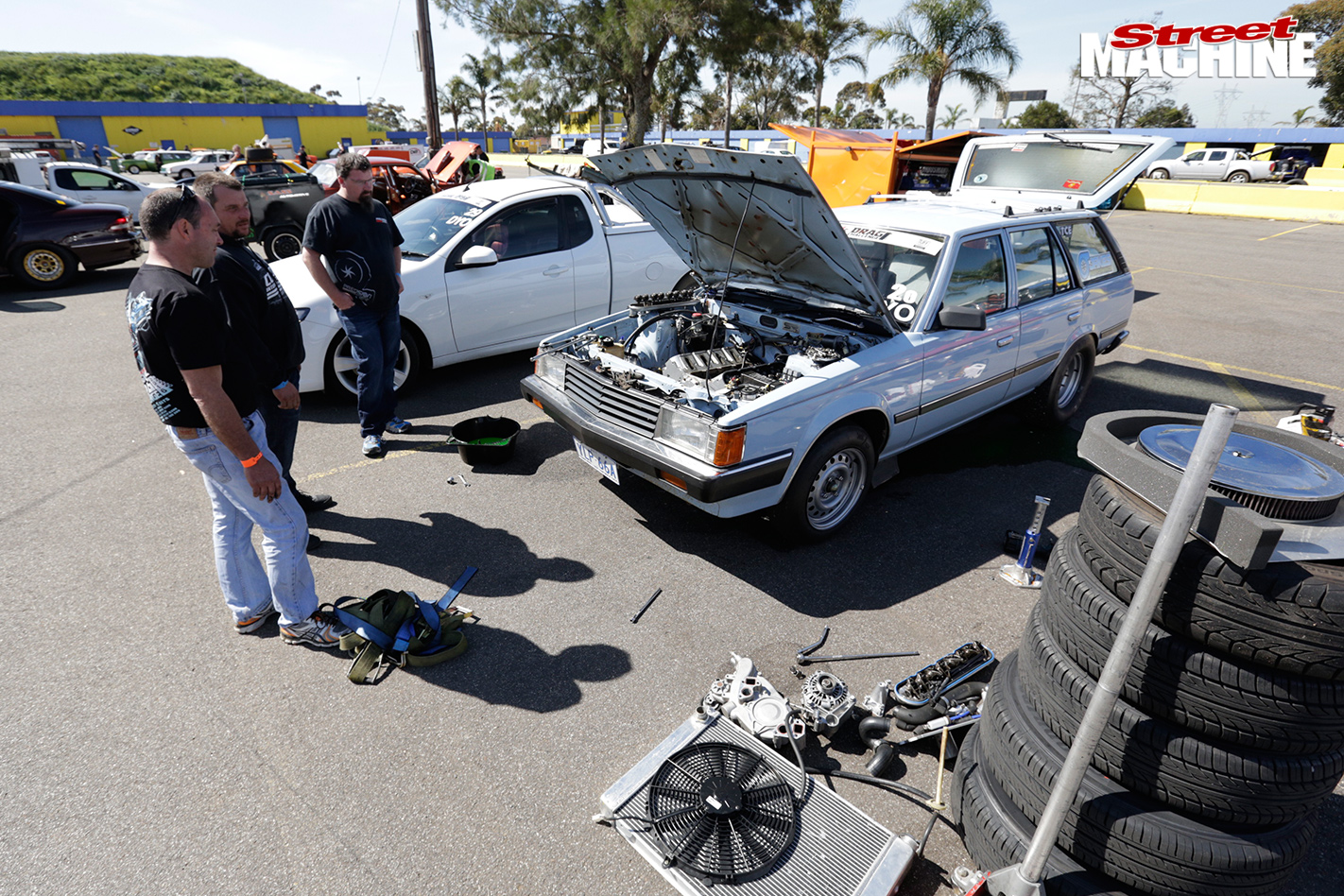 Our last sight of the Corona on Monday was of a pile of parts – intake, heads, valvetrain – on the ground at Calder, with the car itself parked under a tree branch that was – hopefully – going to be used to winch the engine from the car. 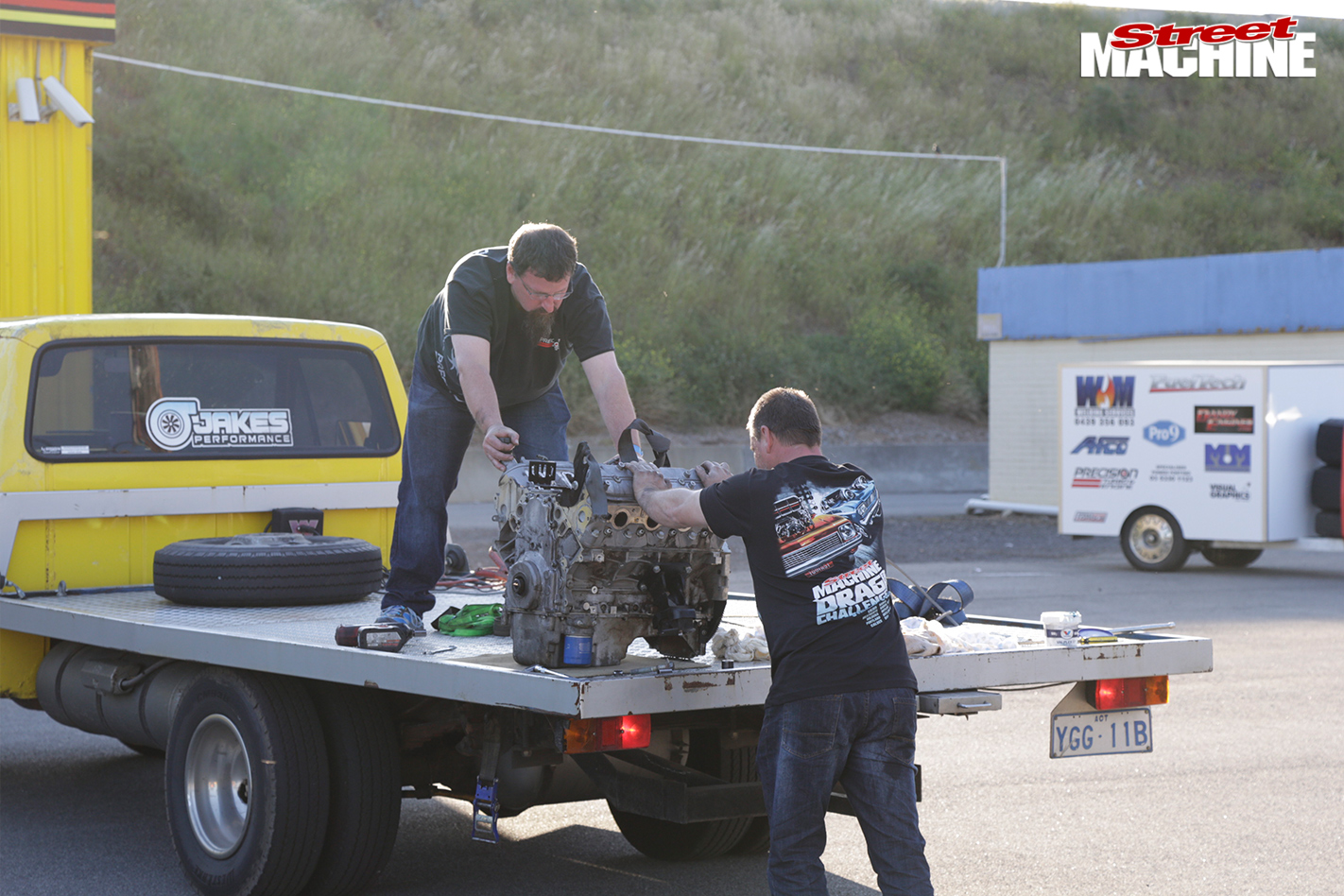 Yes, Max and his dad were on the hunt for another new engine so they could continue having fun even though they were officially out of the event. 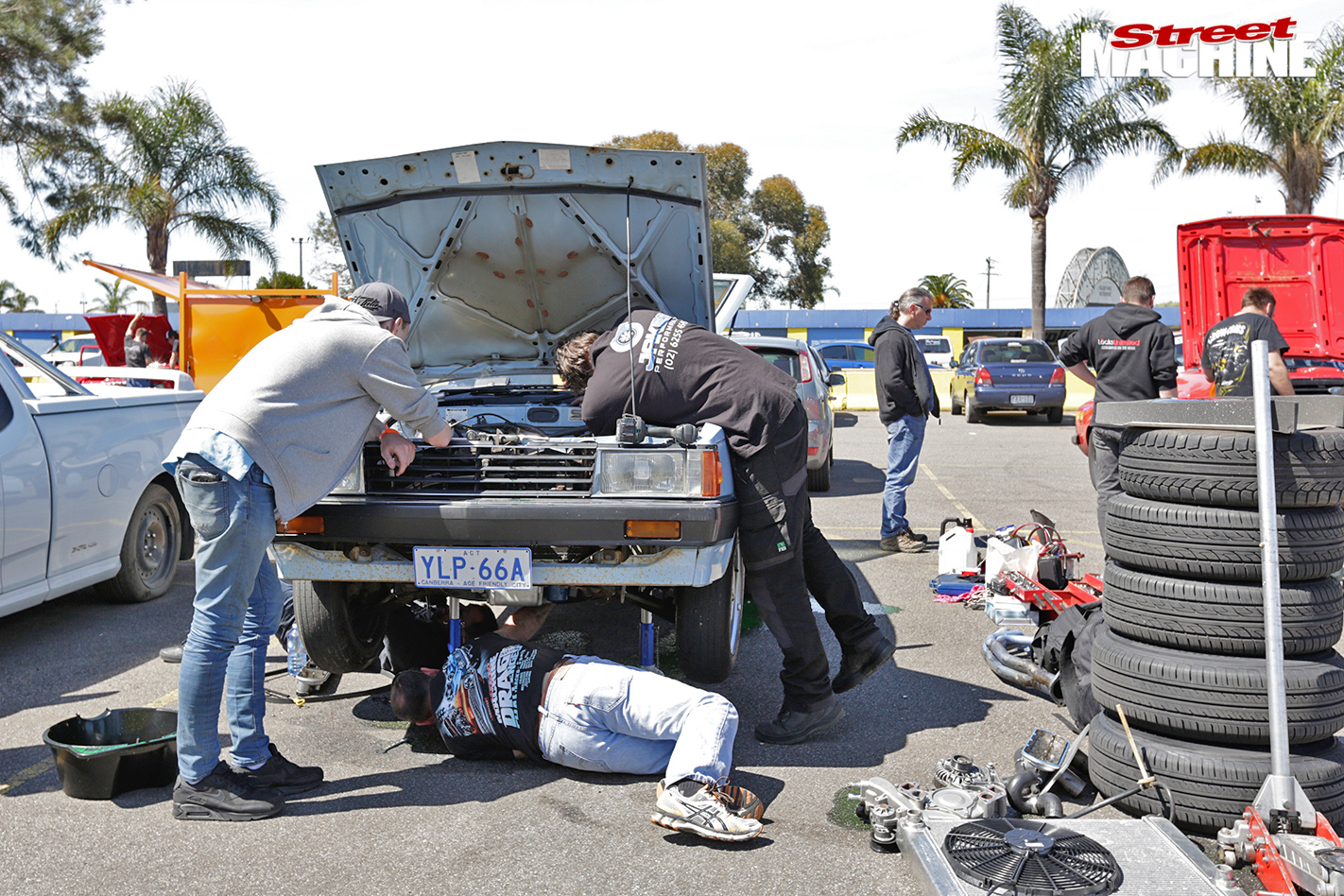 Working late into Monday night and Tuesday morning, the guys found and fitted another second-hand LS V8 (using the winch on Jake’s Ford F250 to sling it into the Corona), but it had a noisy valvetrain and was going to need some love if it was to survive the week. Fellow Drag Challenge racer Anthony Burns offered the use of his workshop in Harcourt, near Castlemaine, so Max and Jake spent most of Tuesday there, fitting a new cam, oil pump, lifters, springs, locks and retainers to the ‘new’ mill. 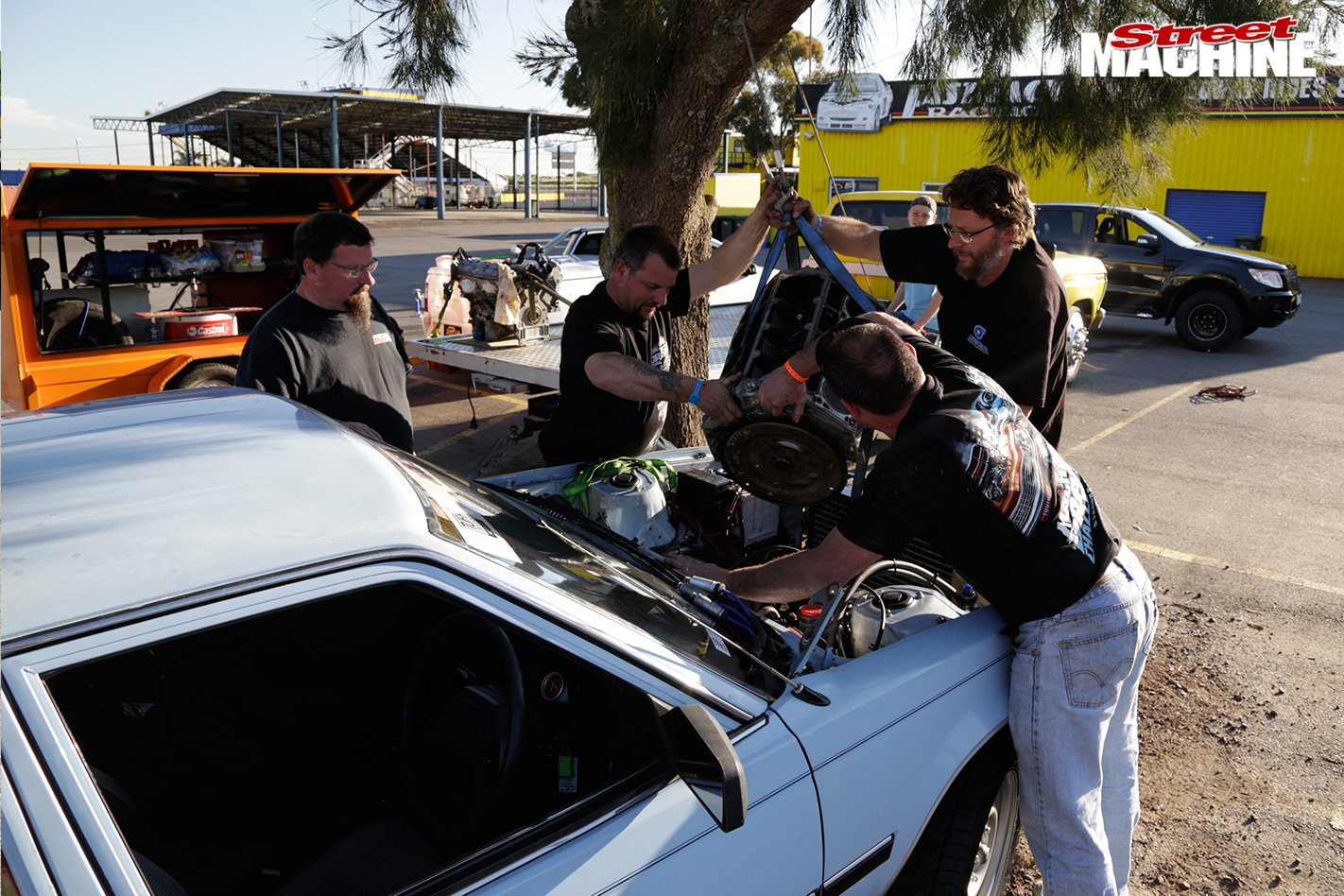 The lads arrived at Heathcote for the second day of Drag Challenge two minutes before the 5pm cut-off! Max hit the pedal and ran a 12.4@120mph on its street tyres, as there wasn’t time to change to the slicks.

“Yes, we’ve had a bit of a thrash!” Jake said as Max returned to the Heathcote startline. “But we’re here!” 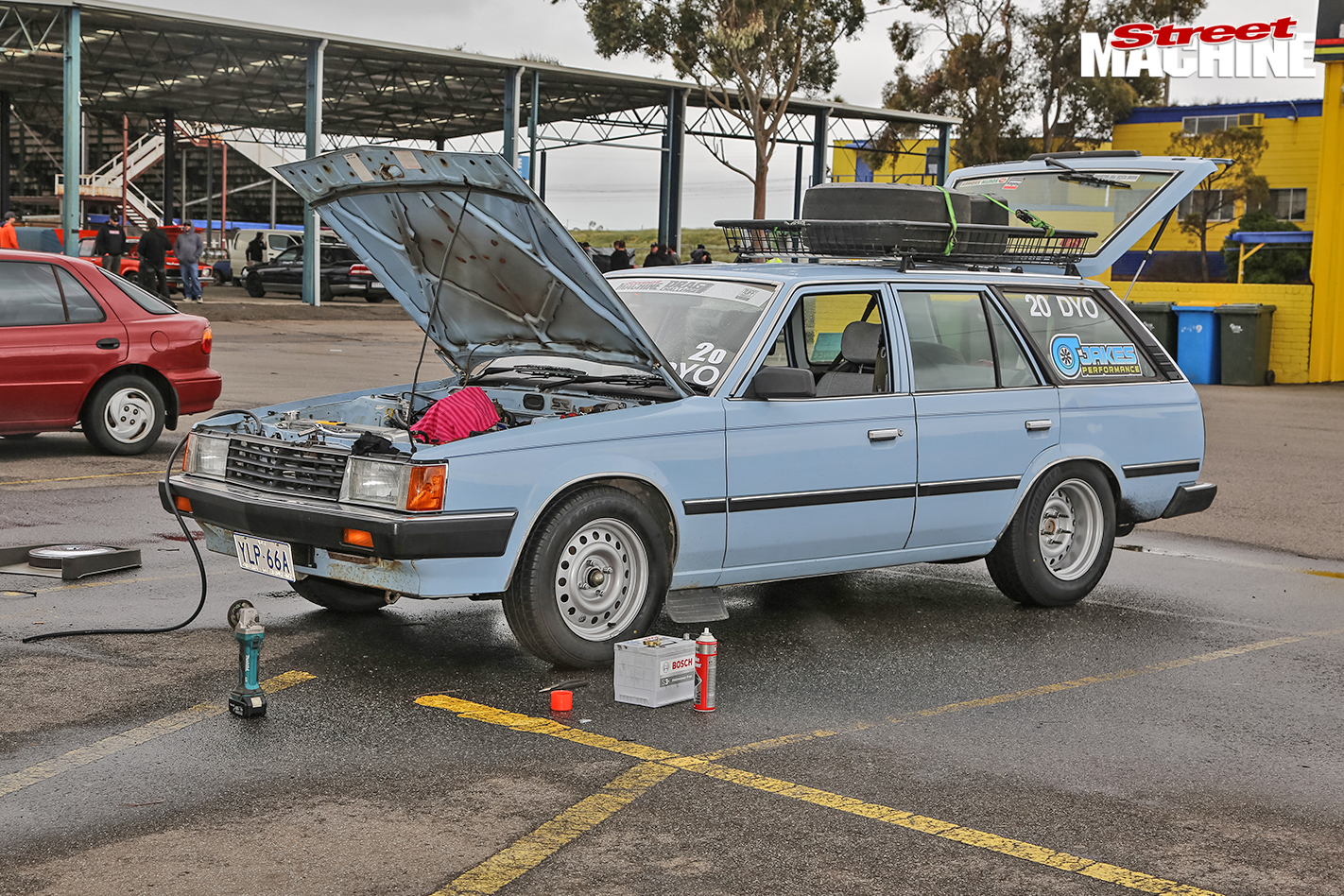 The Corona ran well for the next few days, although a front indicator fell off on the 400km-plus transit to Mildura on the Tuesday night. 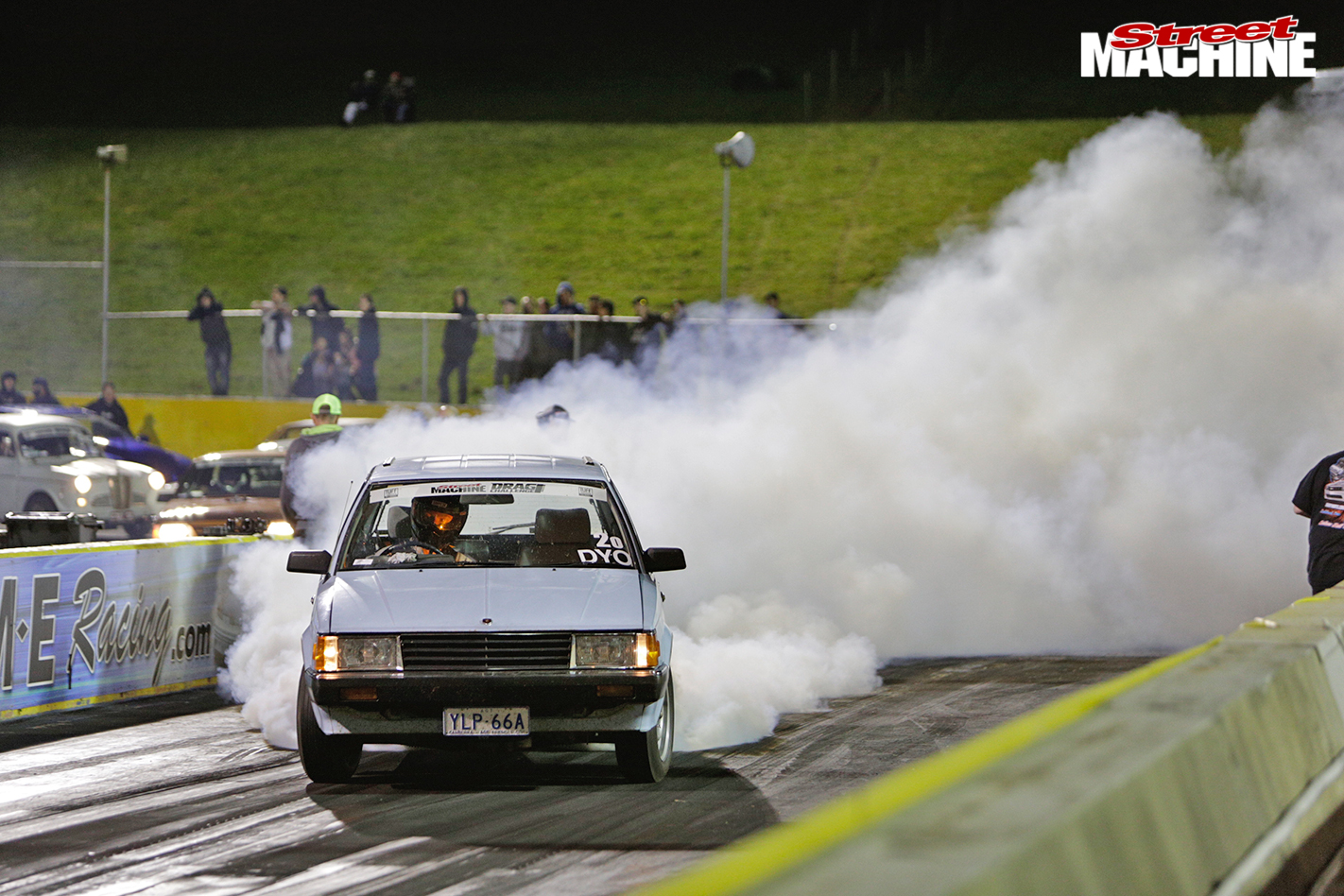 Even after all the effort in swapping engines – probably enough to break the spirit of many others – Jake had another plan for later in the week.

“Max did such an awesome job with the driving and with packing and unpacking everything,” he said. “After his runs at Swan Hill, I looked at him and said: ‘Hey, how about some nitrous? Just for fun!’” 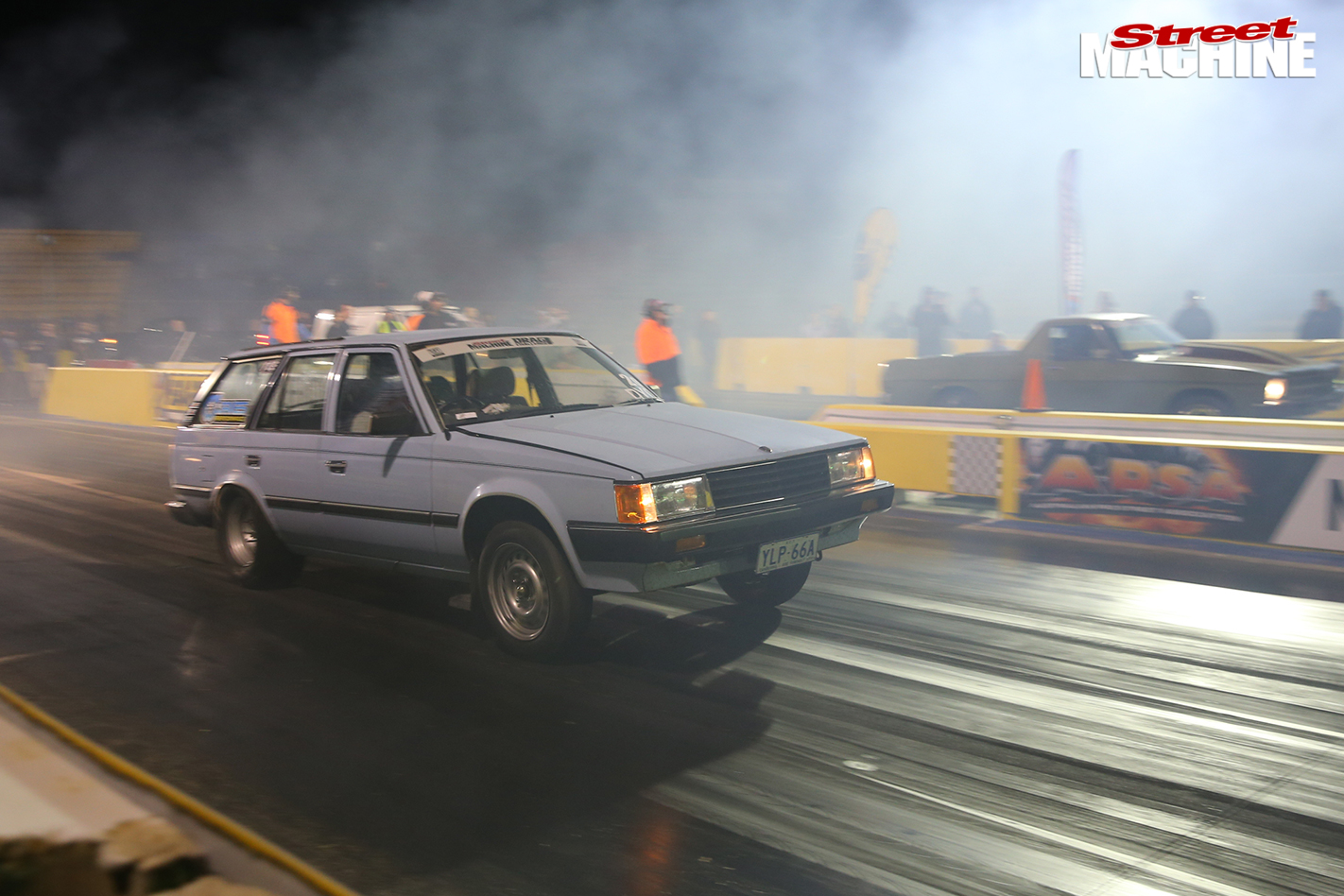 What a great dad!

Working in the caravan park in Swan Hill – and later, in the pits at Calder – the bottle, lines and wiring, nitrous plate and everything else required for the giggle-gas was fitted to the Corona. After some on-road jetting checks, Jake knew the car was on-song and healthy. They dropped some 102 octane in the tank and in aspirated form, Max ran an 11.2@121mph at Calder – replicating its run with the old motor on Drag Challenge’s first day. 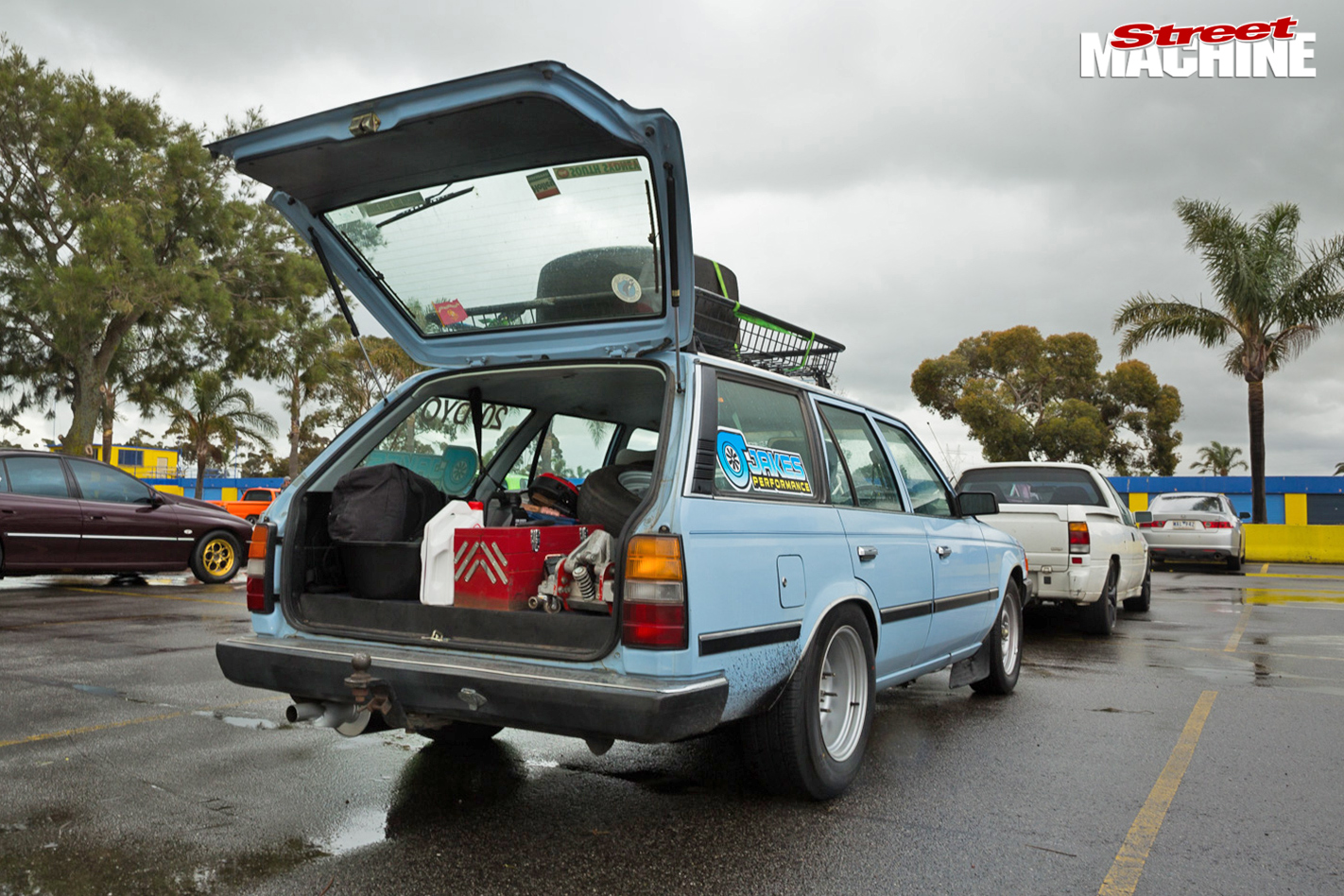 “Yes, it was a lot of work,” Jake said after Drag Challenge. “But we had a bloody fat time!” 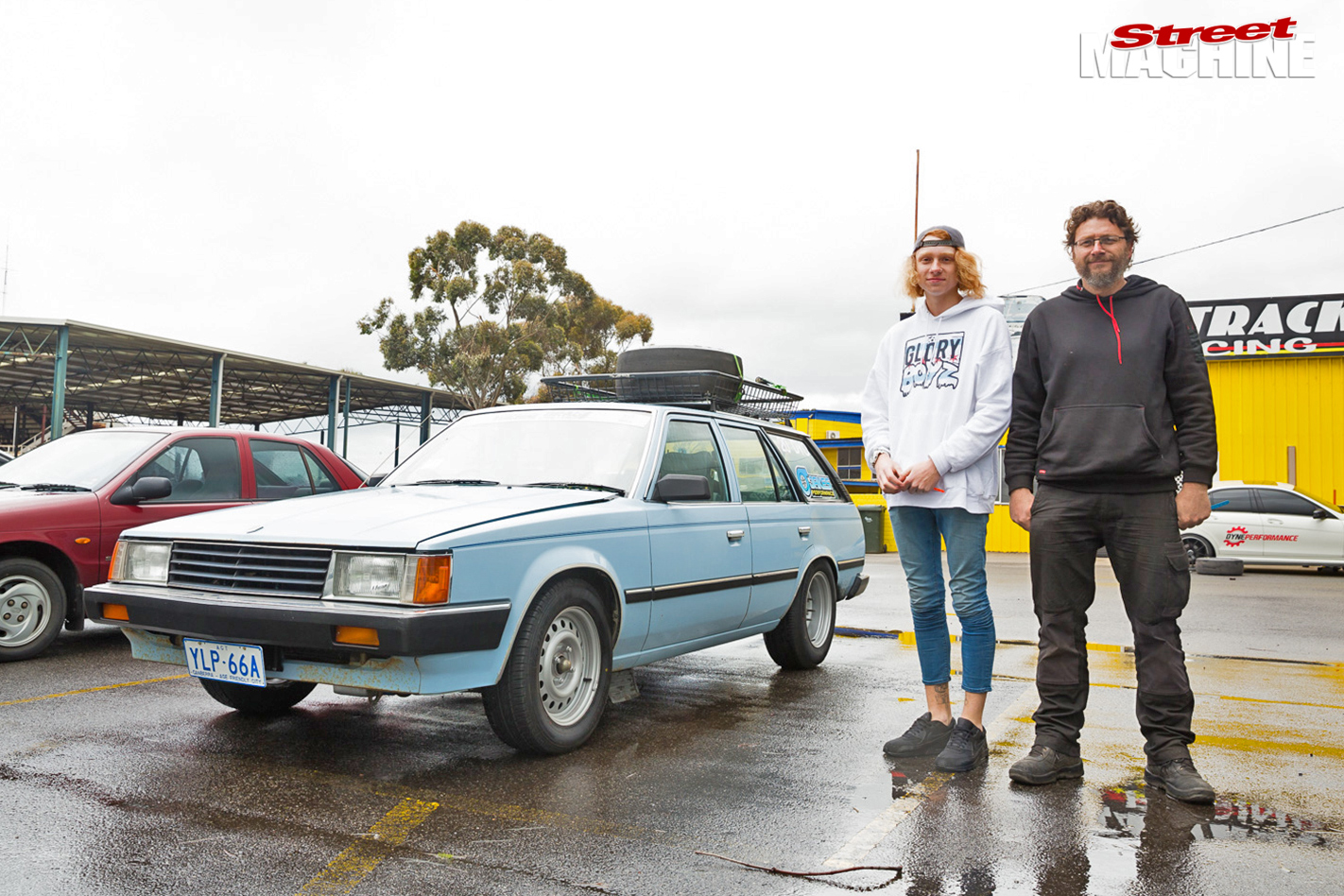