THE Street Machine Drag Challenge Tuff Mounts Outlaw Aspirated class is for all cars running a radial tyre larger than 275 or a slick with an aspirated engine. A lot of cars in the class run a small slick tyre to help hook up with a manual ‘box like Grant Grech’s LS-powered Torana and Bruce Howie’s Falcon ute. 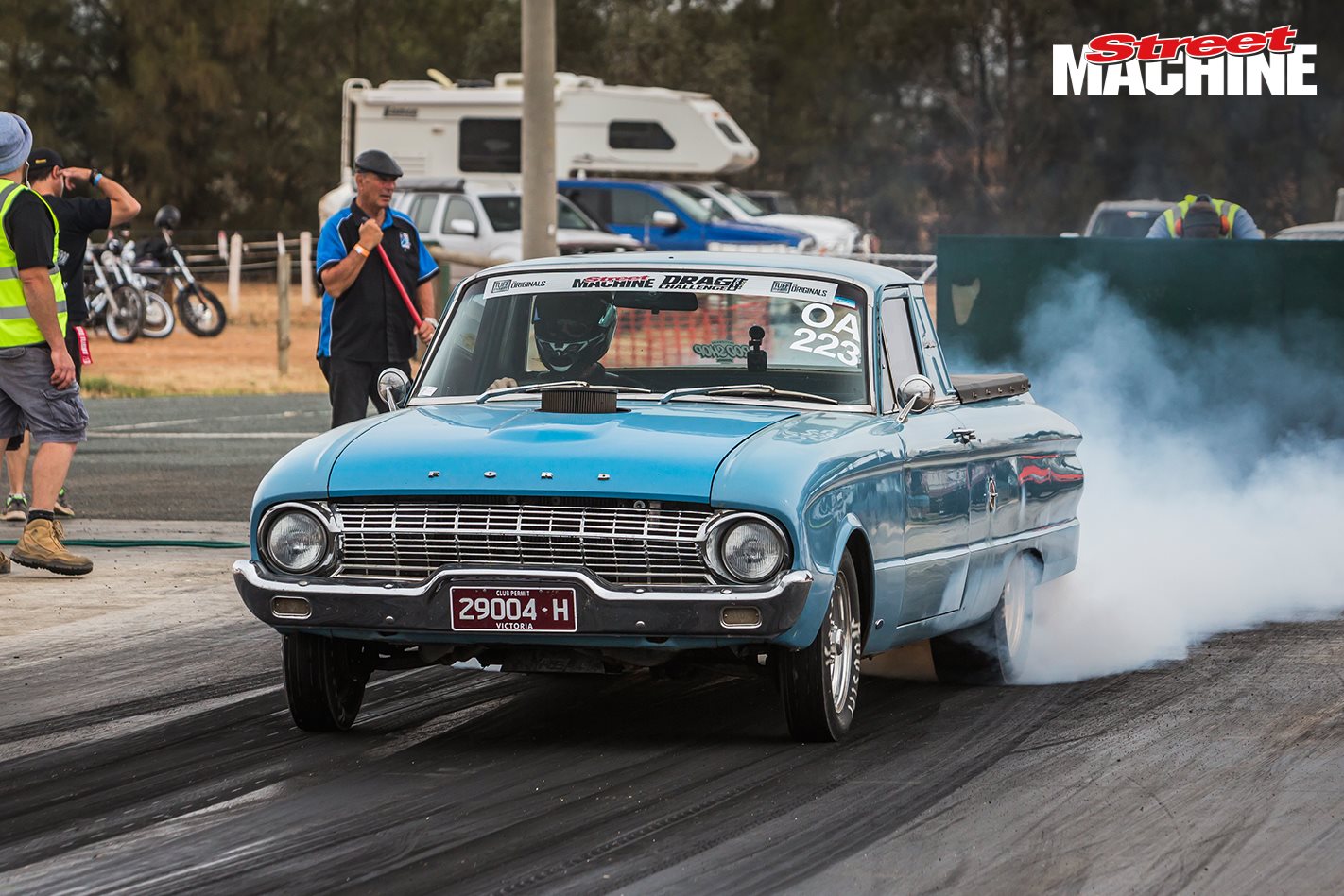 Quite a few cars didn’t make it to the finish, with seven remaining Tuff Mounts Outlaw Aspirated rolling into Calder to complete Drag Challenge 2018. 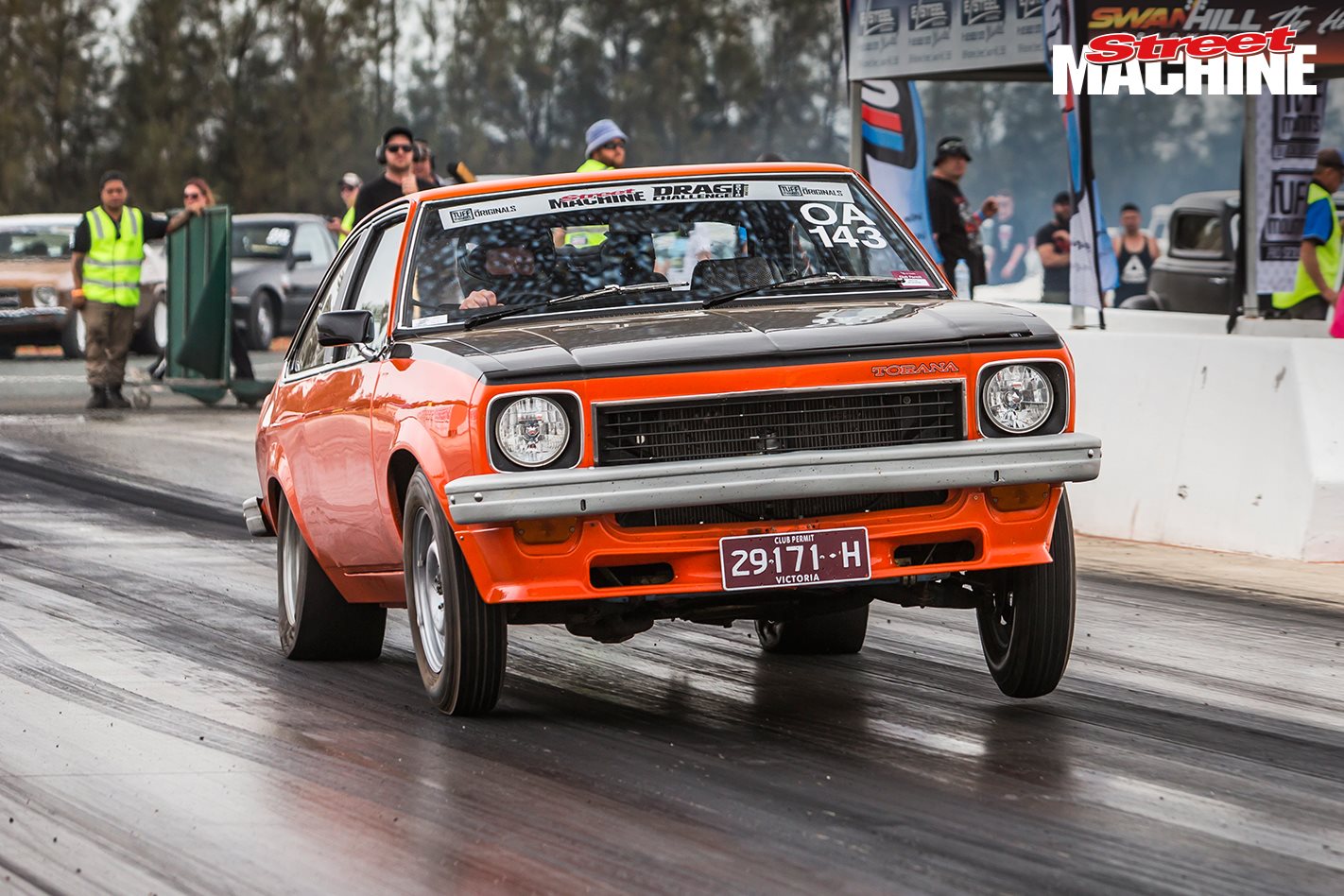 Daniel Cassar managed to hold Mark ‘Bushy’ Busscher off for the class win, but it was a good battle between the two heavy-hitting matte-black cars. Daniel held off the wheelspin in his light-bodied ’32 Ford three-window coupe to cut a 9.91@130mph on Friday to bring his cumulative ET to 46.016.

Bushy knew there was more in his HQ Tonner, having run a PB months before Drag Challenge. While he kept hitting the track in a bid to repeat the 9.73, he eventually had to be satisfied with a 9.942@132.23mph and a total of 46.355sec to take runner-up position. 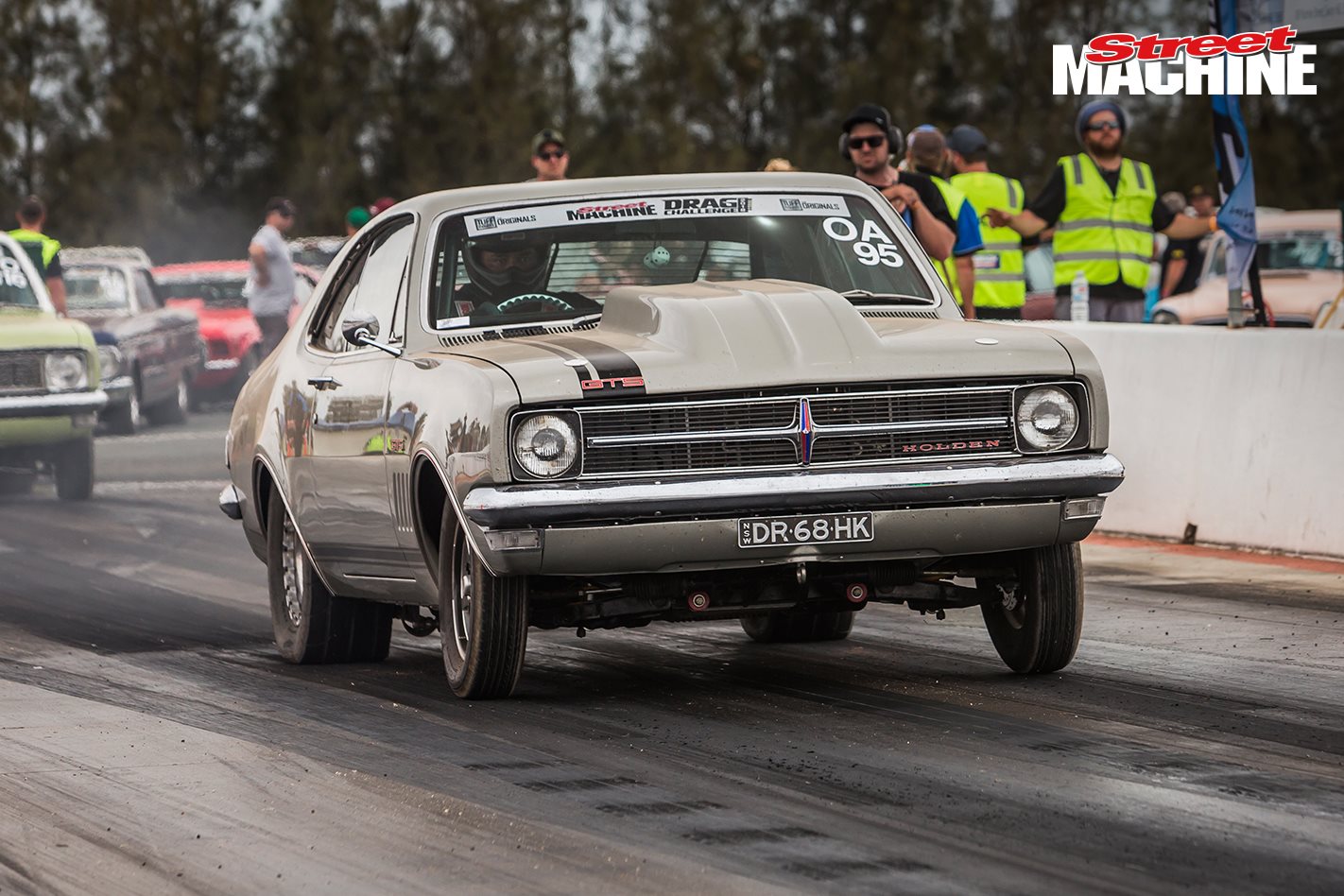 Dave Rogers in his 584-cube HK Monaro was looking stronger as the week progressed, and after a bad start to the day he eventually took out the quickest time of the class on Day Five with a 9.62@143mph, for a week total of 48.292, bringing him up to third in class. 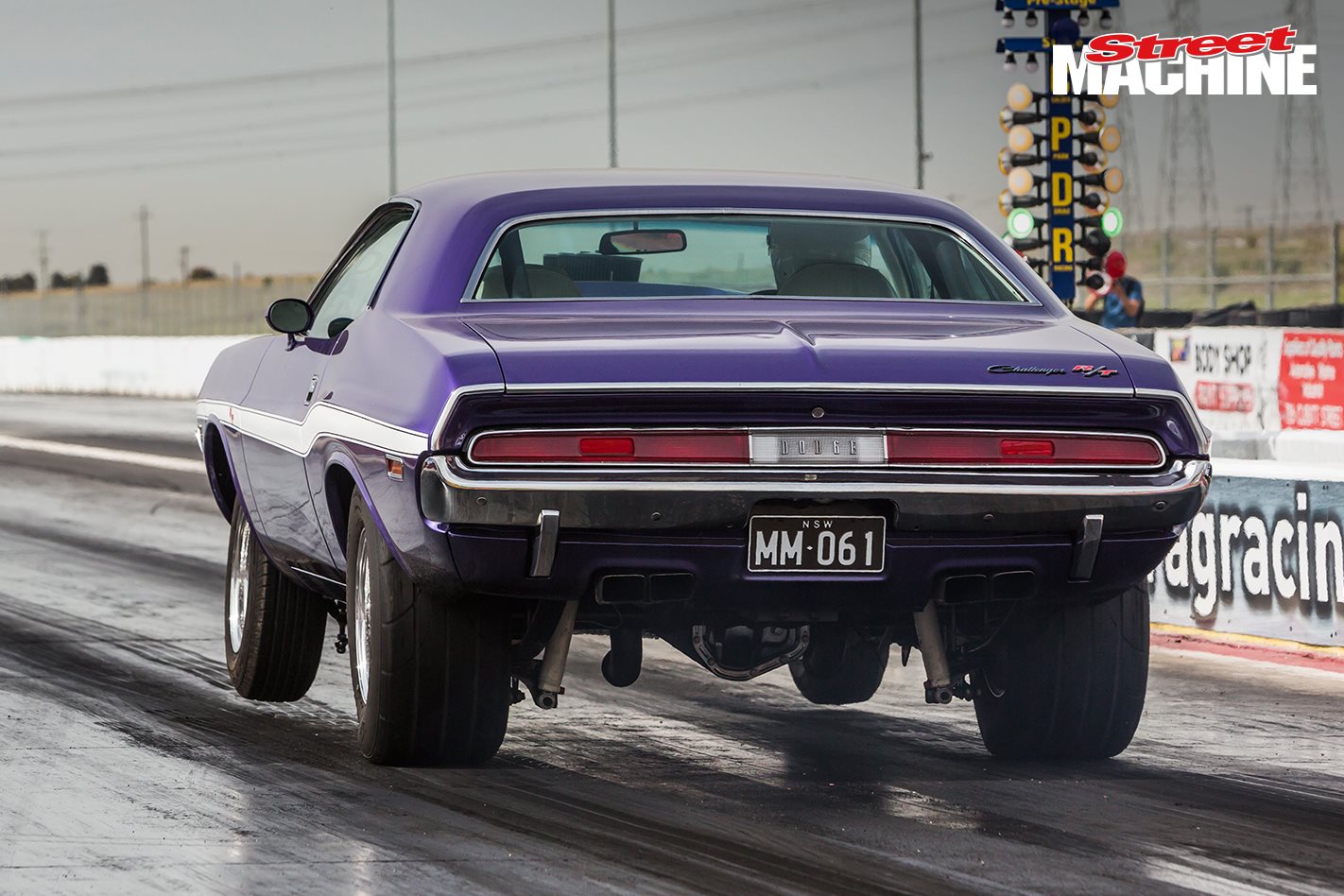 This relegated Jon Mitchell to fourth after he ran a conservative 10.61@125mph in a bid to see the Challenger not lean out at the top end, leaving him with a total of 49.235sec for the week.