ROB Hutson came and spectated at Street Machine Drag Challenge Weekend last year, liked what he saw and decided he had to be part of the fun this year! “I wanted to enter last year, but the car wasn’t really ready and I didn’t want to be doing my first miles in it on the event, so we came up to Warwick for the day and it looked like such a great event that I had to enter this time,” Rob says. 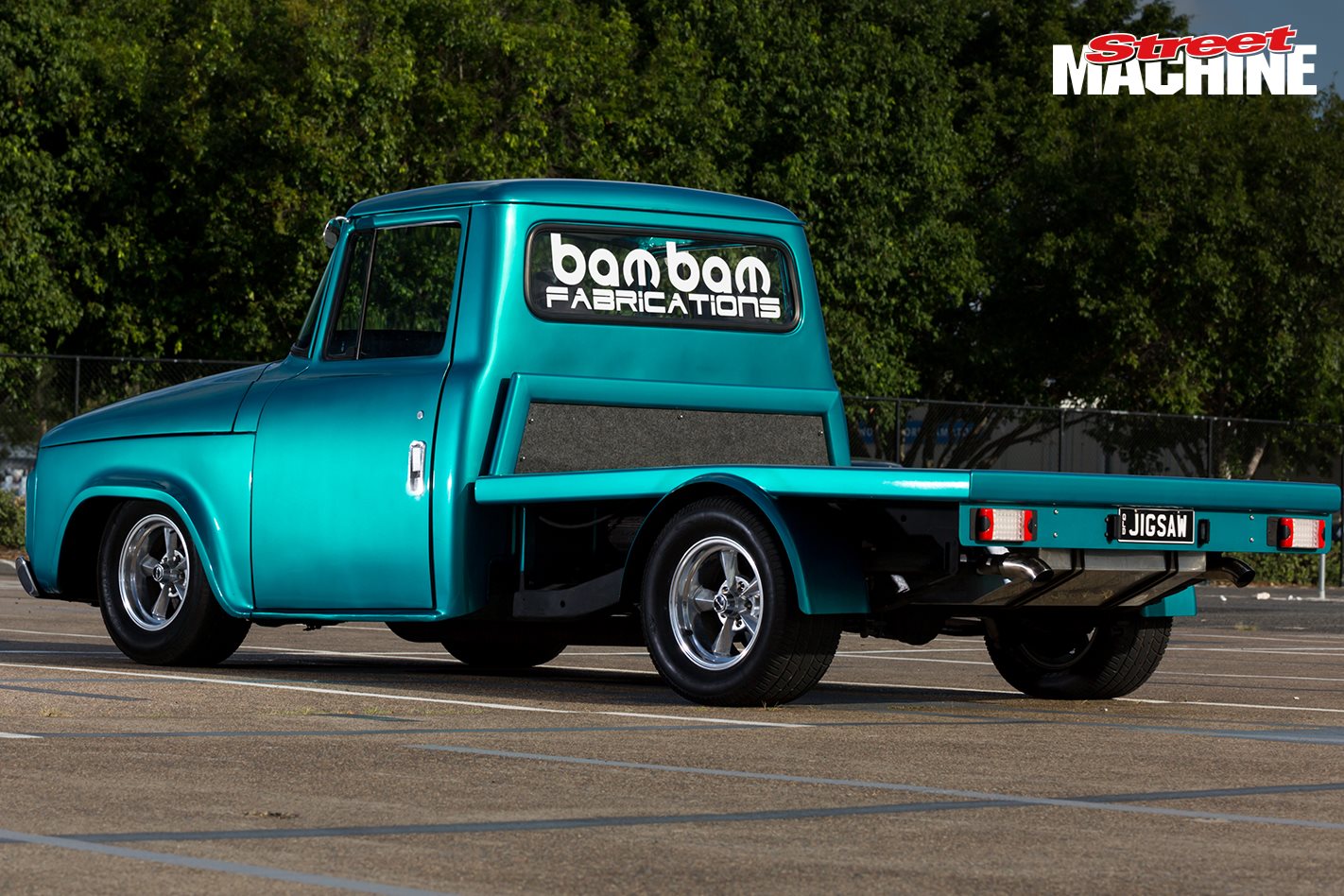 Rob has entered his fairly unusual 1975 Dodge D5 pick-up in the K&N Filters Dial Your Own class. It’s what we like to call a ‘bitser’, because it’s a home-built mash-up of bits from here and there to make something that just works. 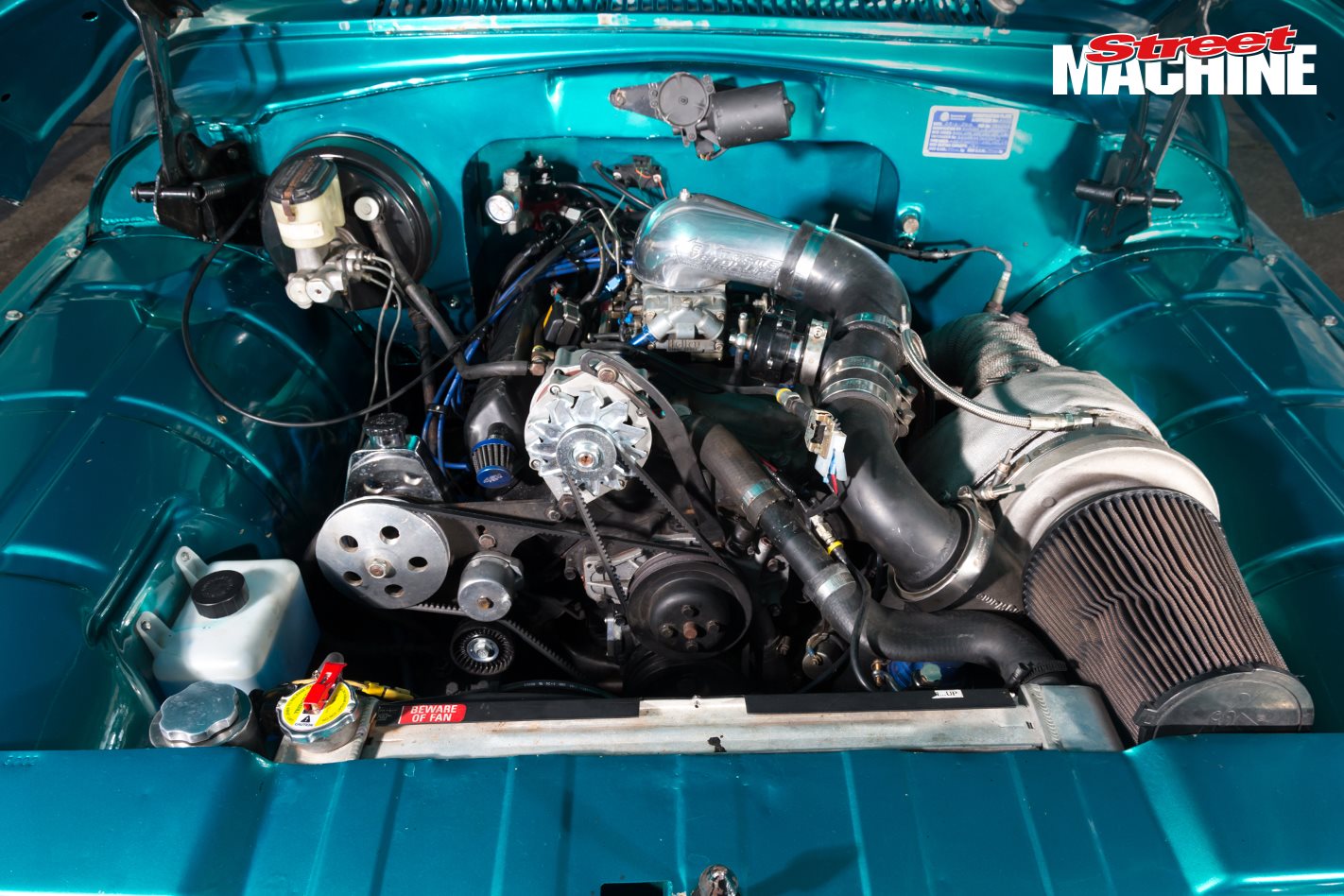 “My family has been into speedway and old Chryslers for a long time, and I’ve always liked the D5 pick-ups, but their chassis are terrible and they’re pretty much impossible to get sitting right, so I’d always planned on putting one on an HQ ute chassis,” Rob says. So he did just that, and also added a Holden V8 and a BA Falcon dashboard with a Commodore steering wheel. 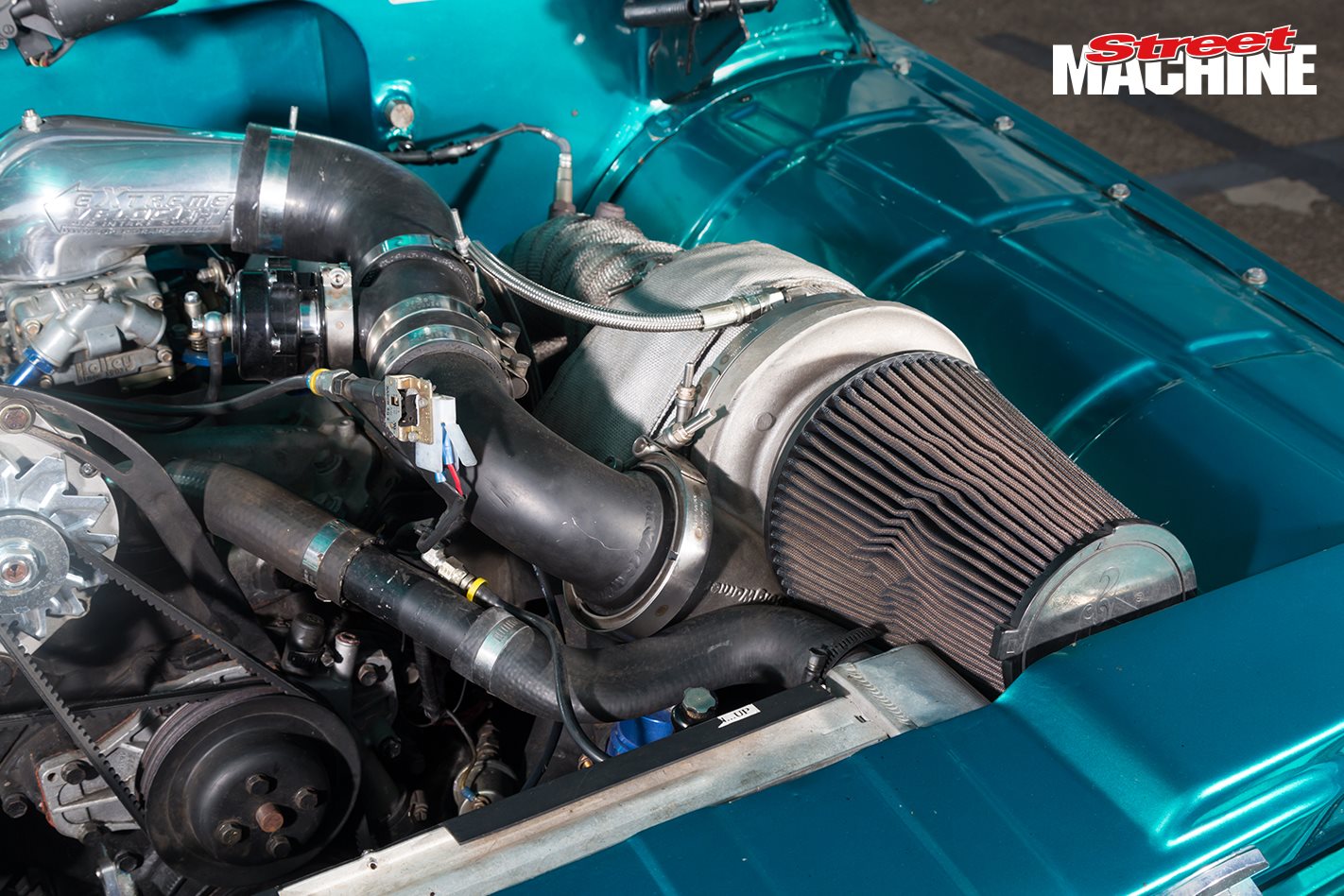 Originally the Dodge ran a cammed 400ci small-block Chev, but Rob got the Powercruise bug and wanted more grunt. He had a speedway Holden 308 engine sitting there, so he dropped some low-comp pistons into it and boosted it with a BorgWarner S400 74/75 turbo, blow-through Holley 750hp carby and no intercooler. “It’s a pretty big turbo for what it is, but I bought it with the idea of going to bigger cubes down the road,” he says. “With a 0.9 rear housing, it’s still fairly responsive.” 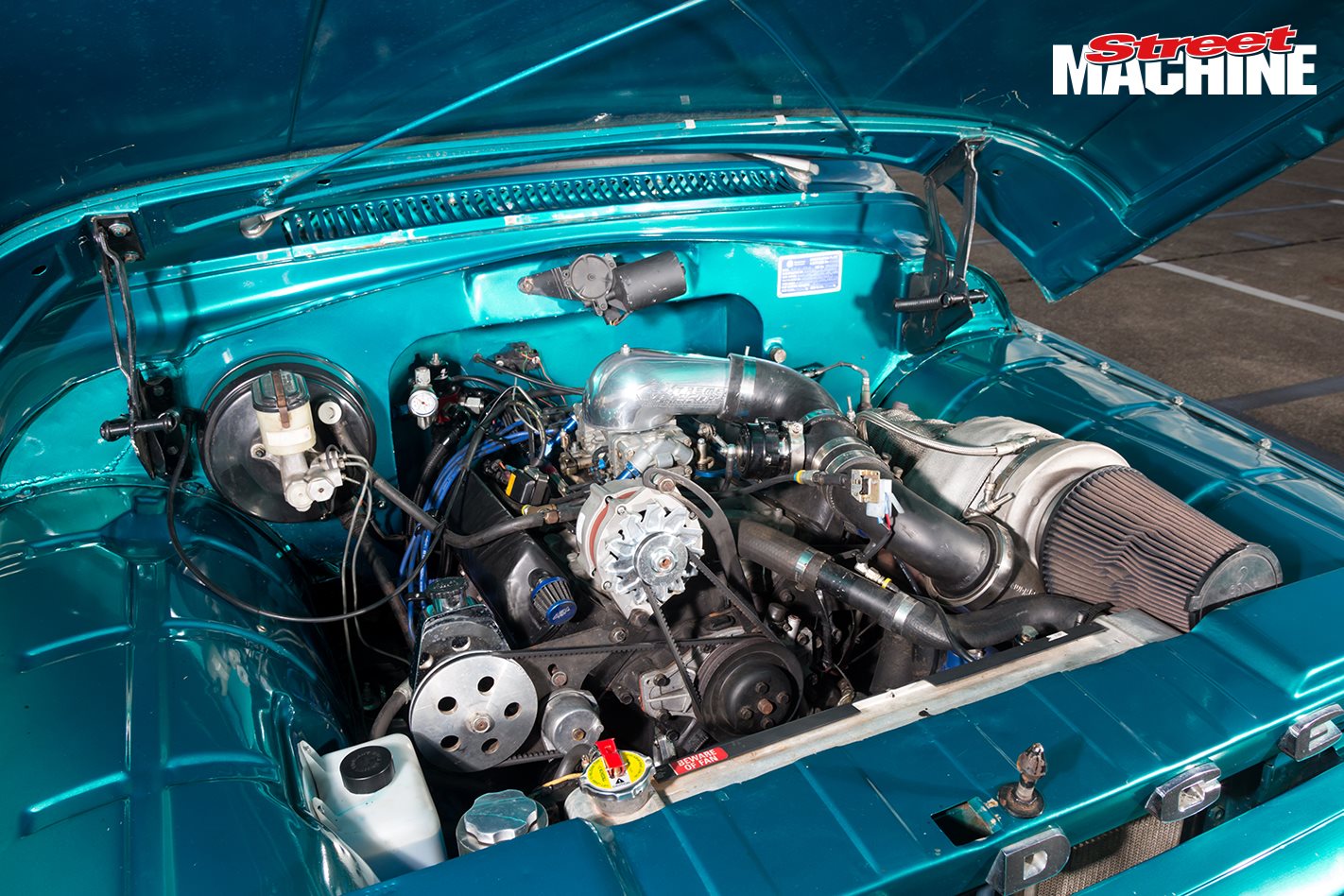 That combo was tough, but Rob hurt it at Powercruise, which brings us to the latest set-up that he will run at Drag Challenge Weekend in May: a VR SS 304 with a small turbo cam and the turbo kit off the old motor. The Holden V8 is backed by a built TH400 trans and a BorgWarner LSD-equipped diff. 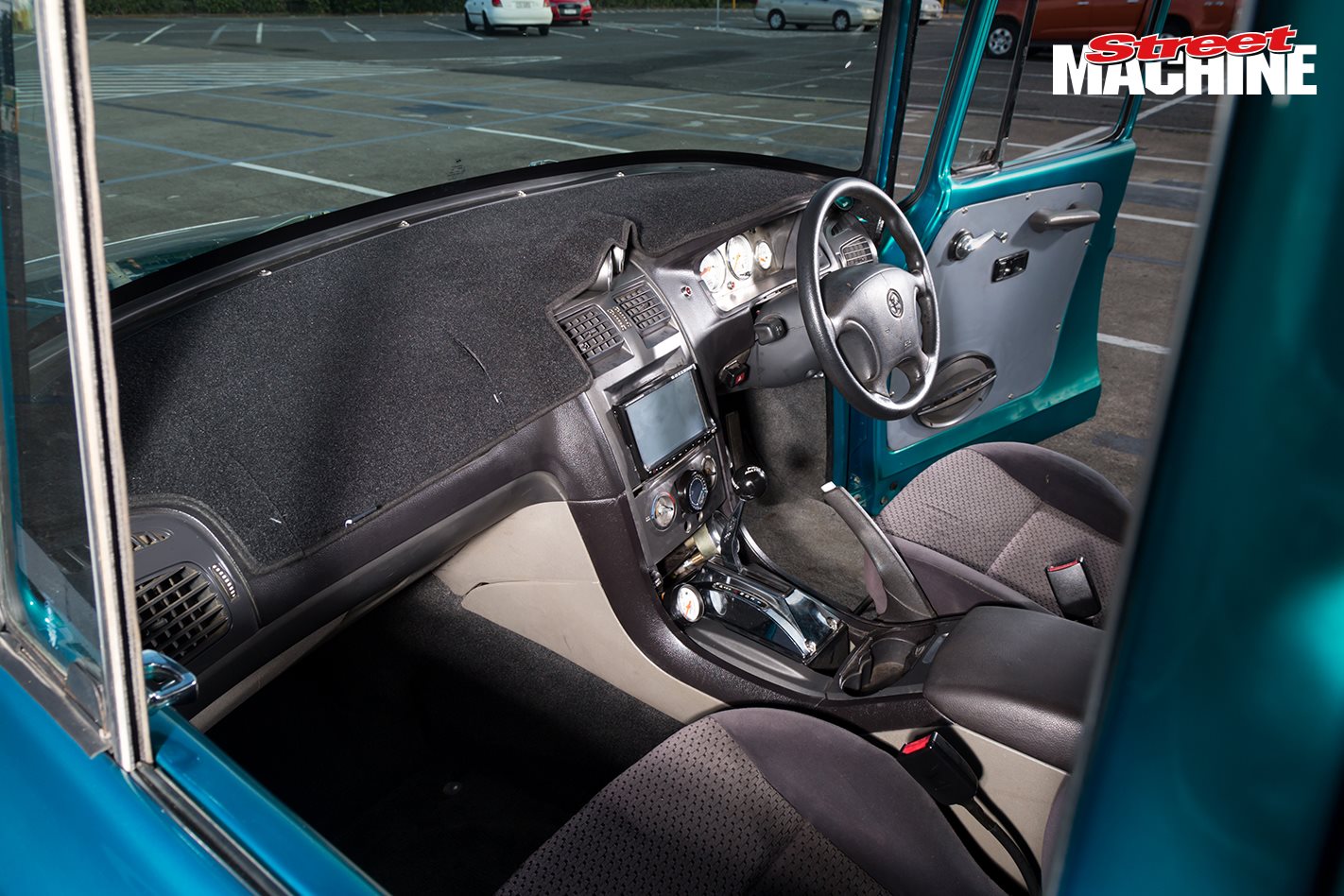 So far the car has run 13.0@112mph, basically driving it off the startline. “I’ve only raced it once at Mopar Sunday and I was having issues with the brakes,” Rob says. “I couldn’t hold it and build boost on the startline, so it did a 2.4-second 60-foot. I’ve fixed that now and hopefully I’ll go a high 11.” 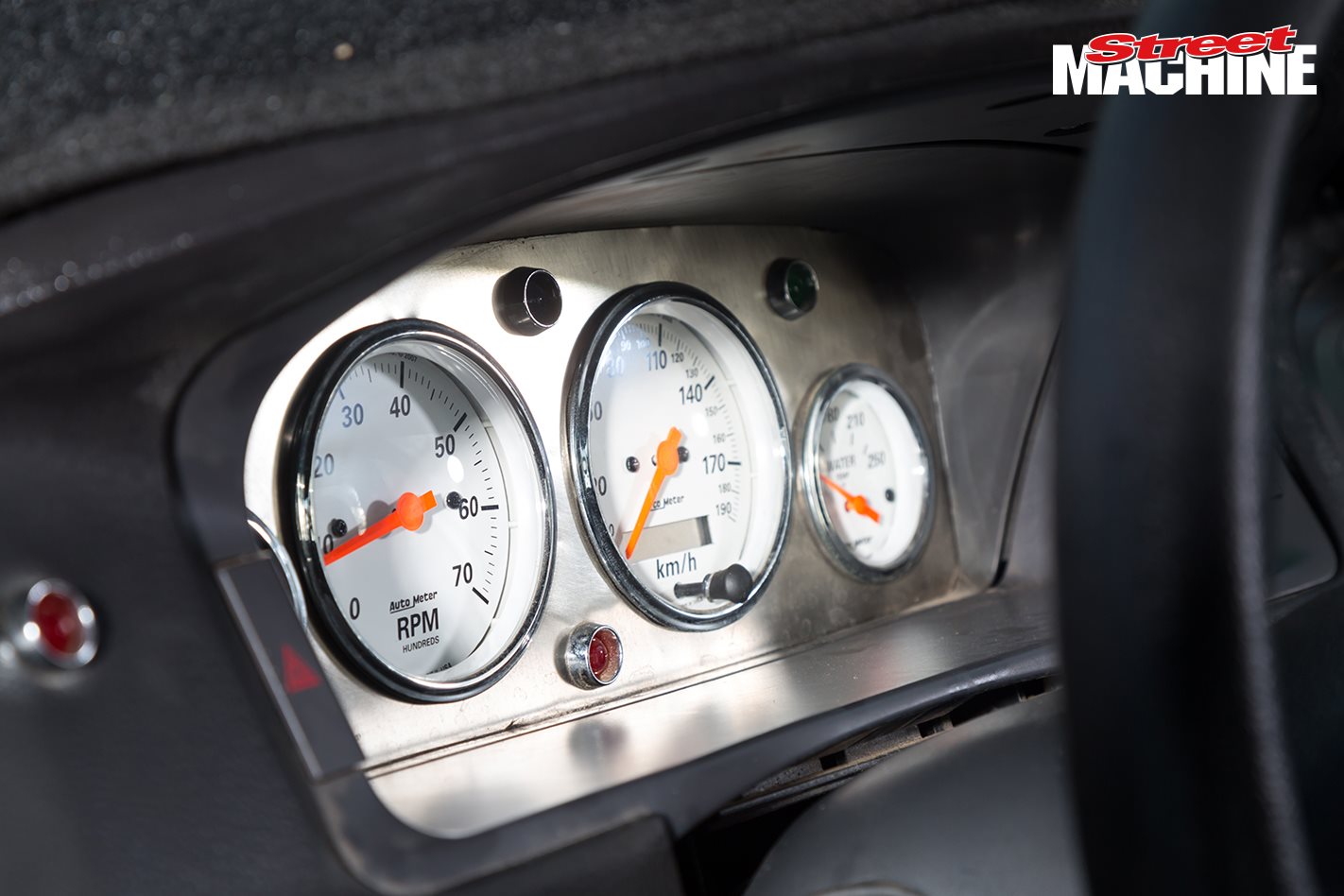 “I’m not in it to set any records or worry about consistency; I just want to go and enjoy the event, hang out with like-minded people and hopefully not break anything.” 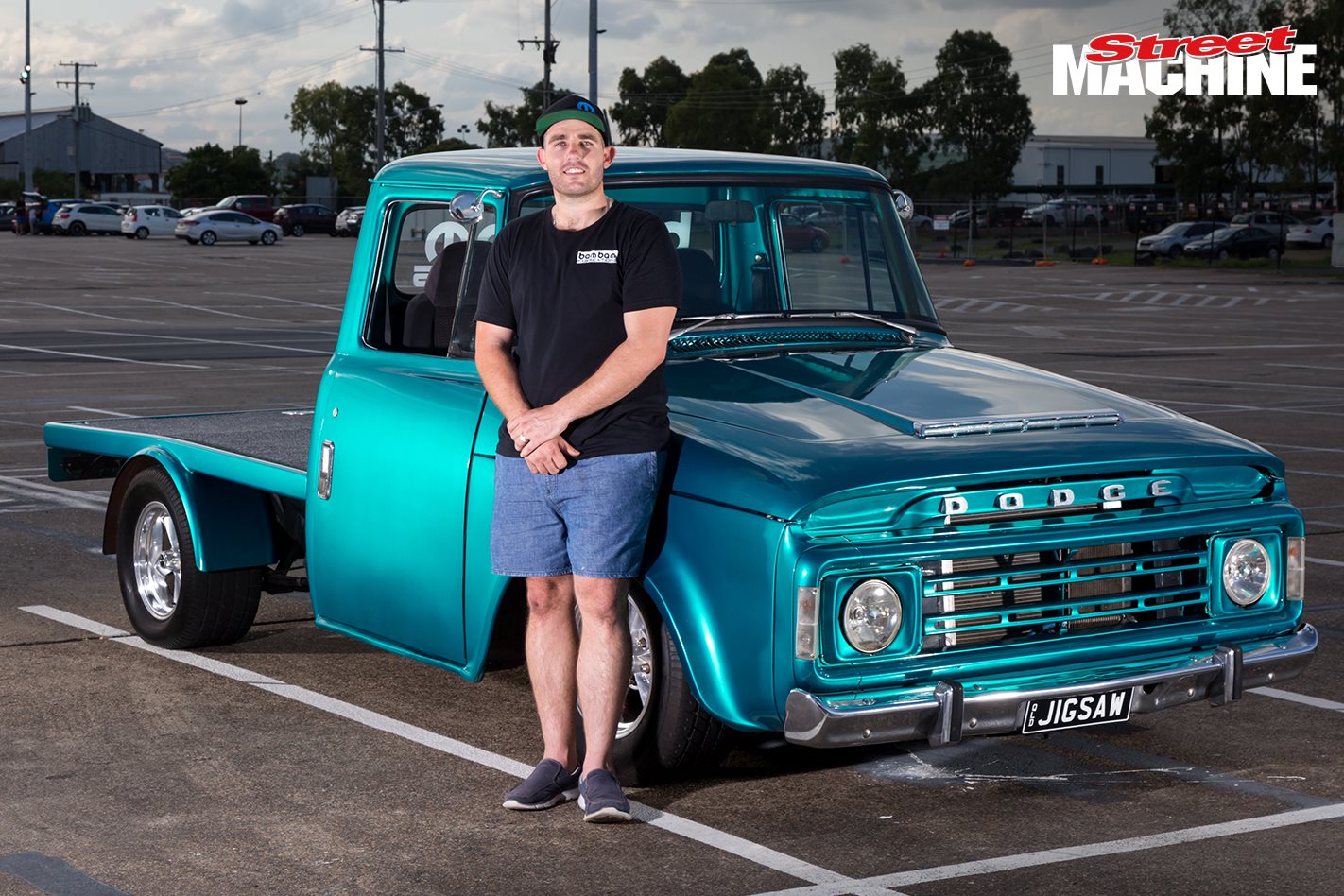 Rob has been working on the Dodge on-and-off for about three years now with the help of his wife and uncle, with the majority of the build done by himself. And where’d the Falcon dash come into the equation? “My cousin owns a wrecking yard, so during the build I was constantly in there measuring things up to see what would work, and it turns out the BA Falcon dash was the best fit, so that’s what I went with!”

We look forward to seeing the bitser Dodge D5 pick-up in action at Street Machine Drag Challenge Weekend, 3-6 May 2019. 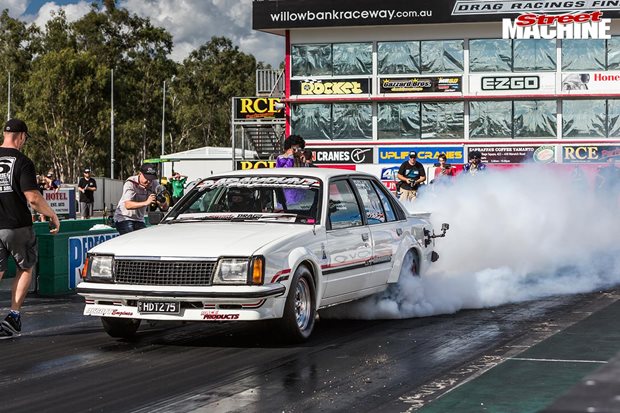