THIS year we decided to shake up our Drag Challenge events by adding a bunch of new classes, one of those being Tuff Mounts 235 Blown. The small-tyre power-adder class proved to be a big hit when we rolled it out for the first time at Drag Challenge Weekend in May this year, attracting a huge variety of small-bodied rockets with plenty of pace.

One of those cars that caught our eye even before the event started was Michael Silk’s bright orange Datsun 1200 wagon. According to Michael, the car is actually the first-ever four-cylinder in Australia to run eights on a radial, but the story isn’t quite as simple as that. “I went out and ran the eight and I was stoked, and then Kyle Hopf took the record back off me 20 minutes later at the same meeting!” Michael laughs. “But I was still the first to do it!” The little Datto’s driveline is impressive. The mill is an SR20 stroked out to 2.2 litres, with a pair of solid-roller cams and oversized valves, mandatory head studs and a whole bunch of other fruit. Feeding the mill is a Garrett GTX45 hairdryer, and prior to DCW the boys ran the car up on the hub dyno, cranking out 650hp by cramming around 40psi of boost into the little mill. The rest of the driveline consists of a transbraked, two-speed Powerglide housing an SDE 6100rpm stall converter to help the little Datto really get up and boogie. The arse-end has been pillaged from a HiLux, still utilising the factory Nissan leaf springs and some semi-aggressive 3.7:1 diff gears. As for Drag Challenge Weekend, Michael had the time of his life during this year’s three-day event in Queensland. “When Drag Challenge was first brought to my attention, I thought to myself I’d better give that a go,” he says. “Going into the weekend, my goal was just to finish and have some fun.”

Michael did a lot more than that. By the end of Day One at Willowbank Raceway he was leading the Tuff Mounts 235 Blown class with a staunch 8.97@150mph pass, and was sitting in ninth spot overall. Despite the SR20 being a highly strung, small-capacity donk, Michael made it through the road stages of the weekend without any major dramas. “The car went really well on the road, but the suspension is definitely more set up for racing than the road; some of that route was pretty rough on the old backside,” he says. “I reckon I got airborne at least once on a couple of sections, so I’ll be sorting some more padding on the seats for next year.” By the end of Day Two, Michael was still in the class lead with a best of 5.82@123mph over Warwick’s eighth-mile, before getting pipped by a blistering-quick Jason Ross in the UC Torana on Day Three, who ran an 8.63 to Michael’s 8.93. “We tried screwing a bit more boost into it on the last day, but we just couldn’t quite get it to work,” Michael says. Despite just missing out on the class win, Michael was still all smiles, scoring three trophies for his efforts. “To come second in class was really cool, and then to finish 10th overall was really amazing; I actually couldn’t believe it when Scotty read my name out at the awards ceremony,” he says. He also took out the Quickest Four-Cylinder/Rotor award. 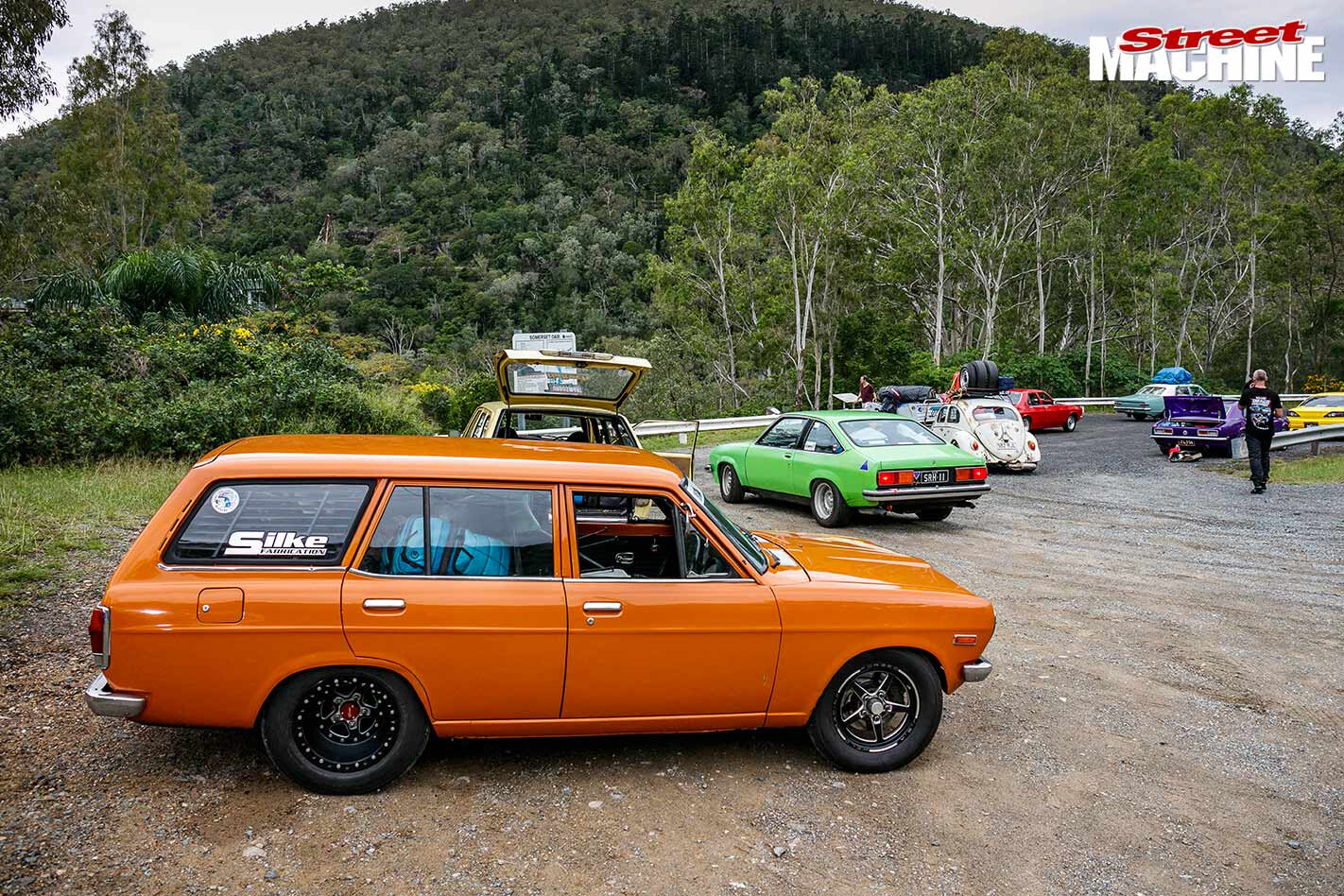 It’s pretty safe to say Michael’s well and truly caught the Drag Challenge bug: “I’m planning on doing the weekend event again next year, and then all going well I should have a new motor ready and I’ll try and do the full week-long one next year as well,” he says. Michael has plans of 1000hp and low eights with the new donk, so we’re definitely keen to see him back in the saddle again. But the competition isn’t what he loves most about Drag Challenge: “It’s just such a fun event, and the best part is that there are no egos; everybody’s happy to help each other out and have a beer at the end of the day,” he says.