USUALLY when Queensland’s Phil Halpin and his two sons hit the drag strip in anger they’re straddling motorbikes, but when Drag Challenge Weekend came to town a few months ago, the boys opted to trade in their crotch-rockets for a weekend in Phil’s WB panel van.

When Phil got his hands on his WB pano many moons ago, it was just a humble farm rig with a typically asthmatic straight-six and 450,000km of hard yakka under its collar. Since then, Phil has given the exterior a renovation to get rid of all the dents and battle scars, but the biggest change by far was the driveline. 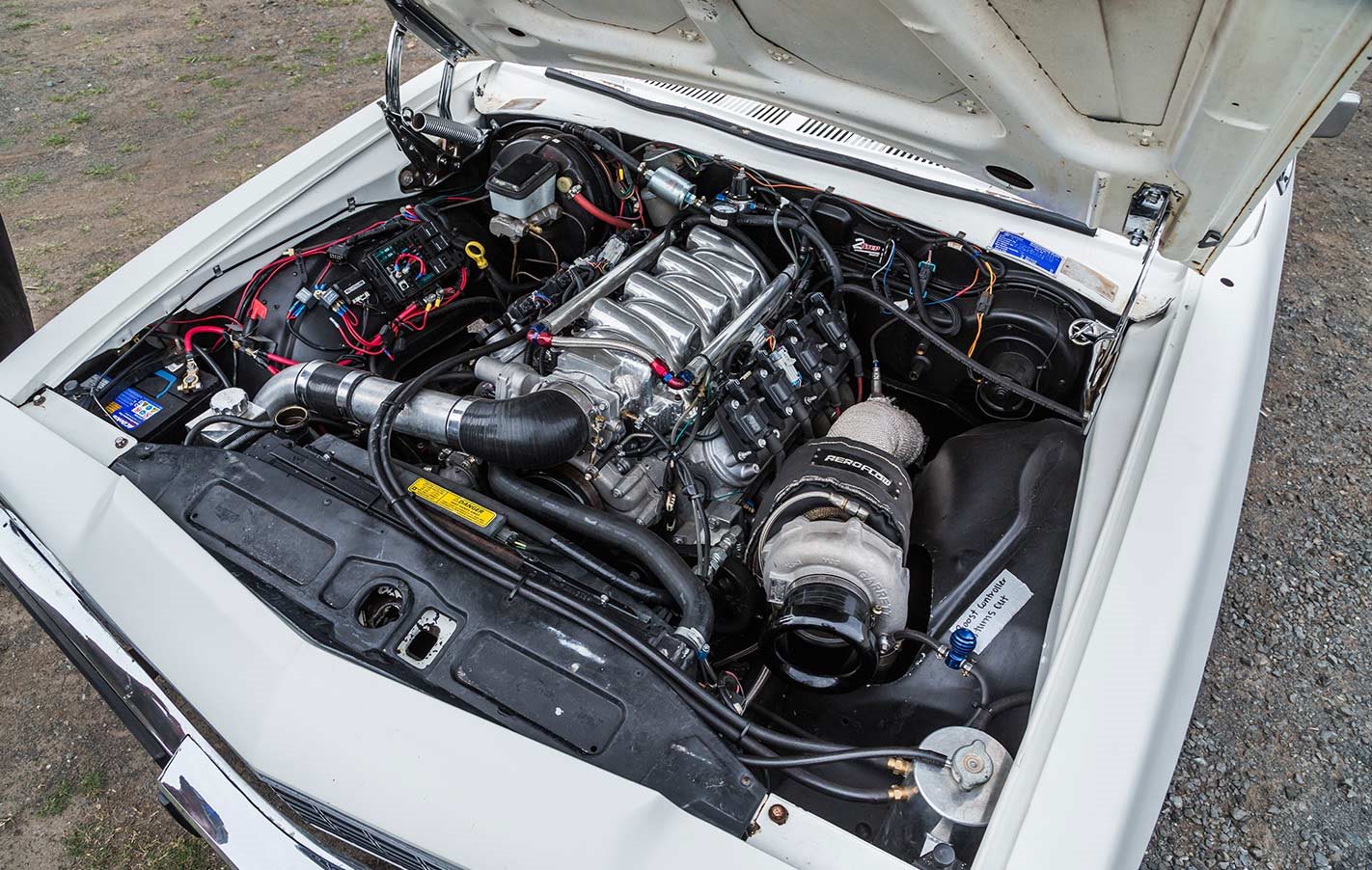 The old junker 202 and three-speed auto were binned in favour of a turbo LS combo. The mill is an L76 6.0-litre with an untouched bottom end, sporting a custom-grind cam, valve springs and head studs. Feeding the donk is a Garrett snail pumping 15psi, joined by a re-tune of the factory LS ECU. That, in tandem with some tasty E85, yielded Phil a healthy 675rwhp.

The rest of the driveline comprises a transbraked, reverse-pattern Turbo 400 housing a 3500rpm stall converter from the Converter Shop. Out back sits a nice sheet-metal nine-inch diff, with 35-spline axles and street-friendly 3.7:1 gears, transferring the 600-plus ponies to the pavement through a pair of 275 radials. 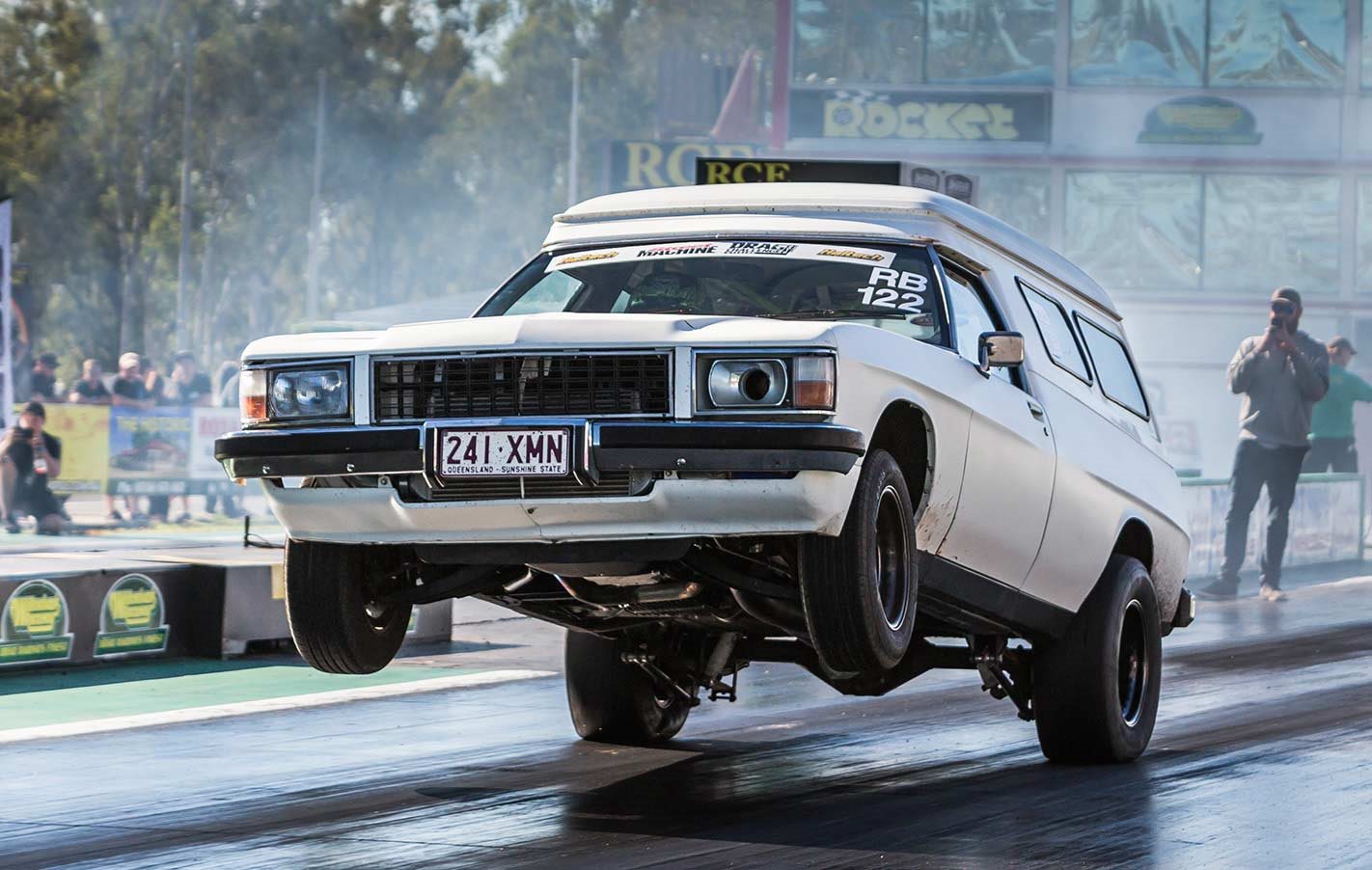 DCW 2019 was Phil’s first crack at a Drag Challenge rodeo, the former Holden-dealer family making the trek from St George for the event, some five-and-a-half hours away from Willowbank. Despite having only raced the panel van a few times at local eighth-mile events, Phil ran PBs all ’round at DCW.

“It was our first time over the quarter in the van, and even though we were topping the engine out at the end of the run at 6500rpm, the car still did really well,” Phil says. “The track prep at Willowbank was very good; that’s how we were able to get the wheels up as high as we did!” 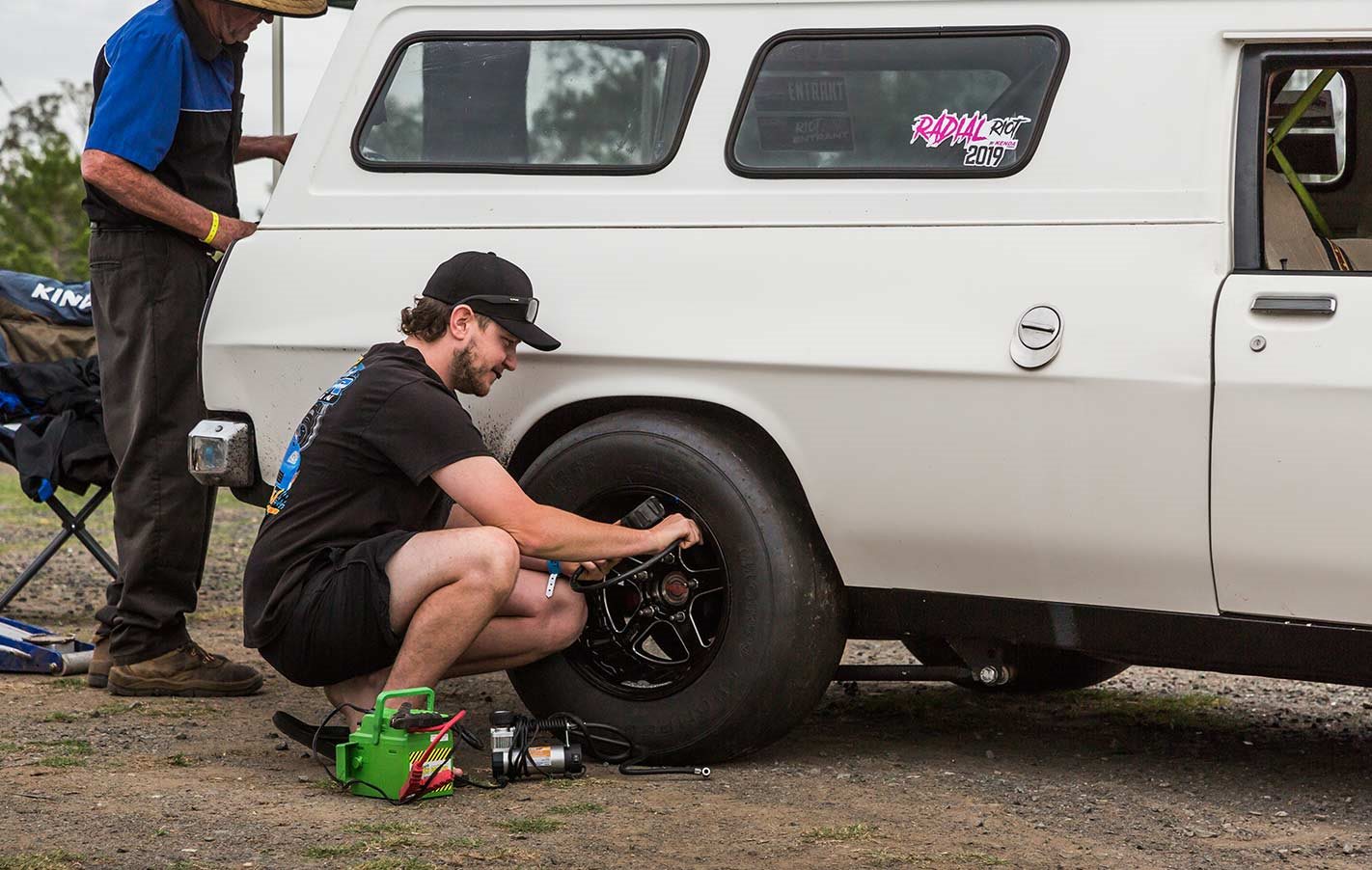 Running in the Haltech Radial Blown class, Phil started the week with a tame 10.57@126mph at Willowbank, before running an eighth-mile PB of 6.54@103mph on Saturday at Warwick, sealing the weekend with an improvement to 10.25@125mph on the final day back at Willowbank Raceway to finish 12th in class.

Phil and his two boys Josh and Matt had no troubles on the road for the weekend, simply soaking up all the event had to offer. “We threw the bench seat in it and all three of us piled in the front, and being a panel van we just chucked all the stuff in the back and off we went; it was great,” Phil says. “It’s the best event I’ve ever been to. It reminded me a bit of the good old days of racing, and it was great to see everybody help each other out and just have a good time.” 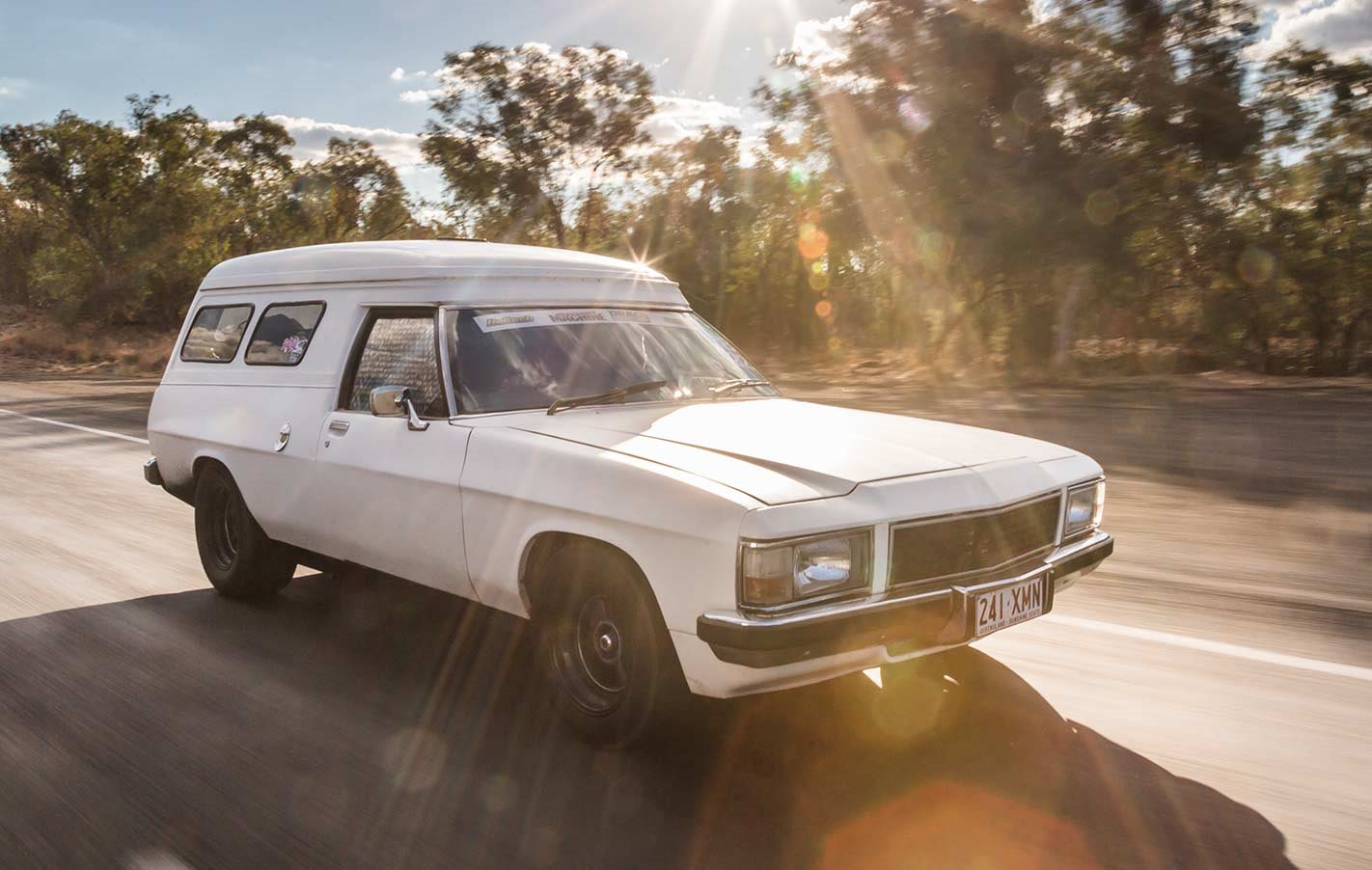 Phil has flagged that he’s well and truly putting his hand up for future Drag Challenge events, and we may even see another of his cars enter the fray next year. “As much as I’d like to do the full-length one down south, it’s just not really justifiable for us,” he says. “I certainly plan on doing the weekend event in Queensland again next year, and I’ll probably bring along my LS3 HG Kingswood wagon instead and get one of my boys to drive the WB, so it should be a good weekend.” 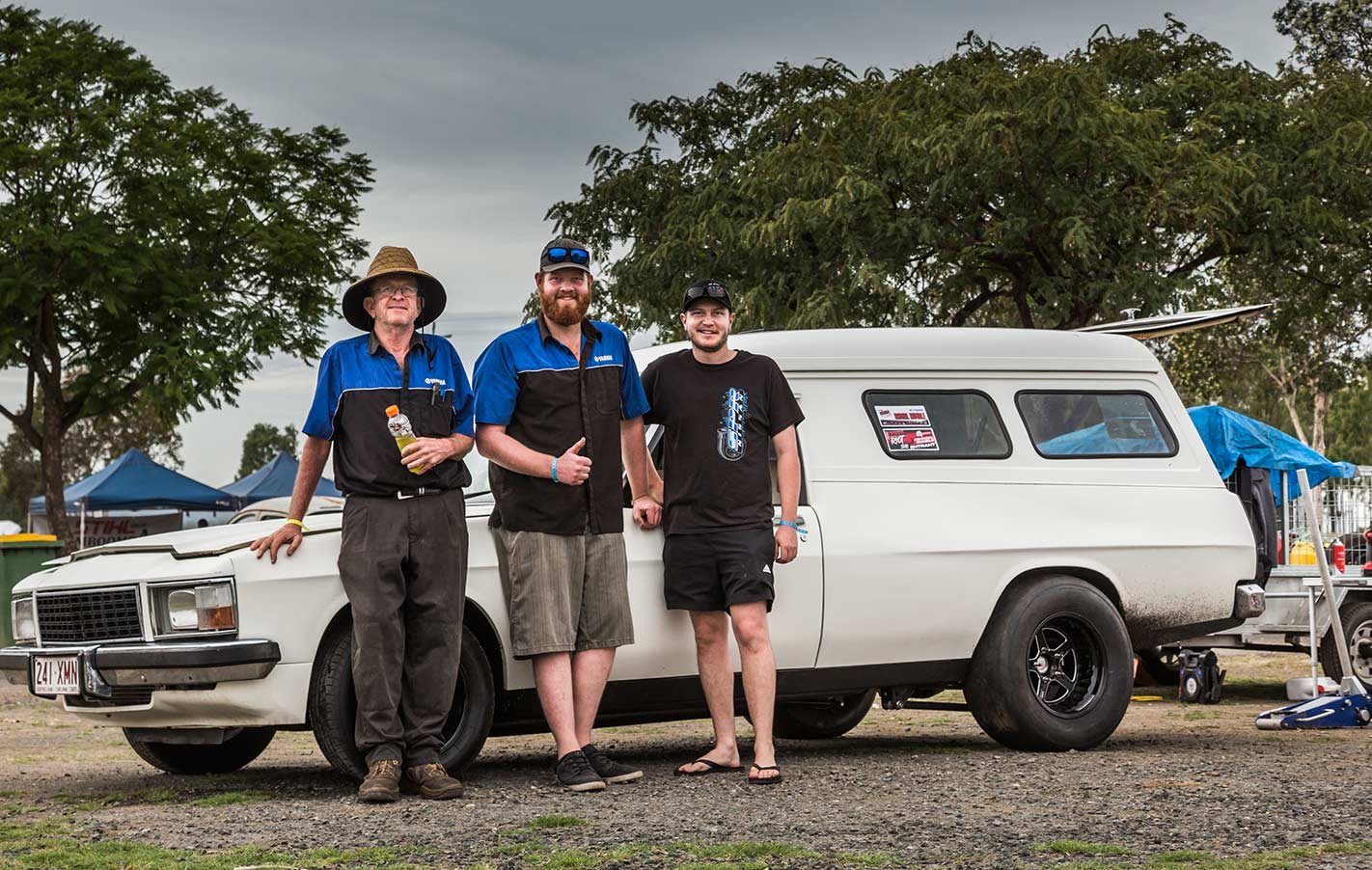