GRAEME Horner did more racing in the week of Street Machine Drag Challenge than just about anyone else at the event. The Saturday beforehand his turbo LS Holden VK Calais contested the Oz Nats eighth-mile heads-up comp in Adelaide, and ended up winning the whole deal. By 1am Sunday morning (Drag Challenge registration day) he had his Powerglide transmission out for some repairs, as the valvebody was leaking and it wouldn’t hold on the transbrake. They had it fixed and back in the car later that day and arrived at Drag Challenge Monday morning ready to race. Graeme’s engine combo was brand new for this year’s Drag Challenge. Last year he had a stock-bottom-end turbo LS in his VK, but now it’s a fully forged 402-cube iron-block motor with a Proboost S480 turbo. It makes around 820rwhp and was built to get the car into the low eight-second zone by Graeme and fellow Drag Challenge veteran Brett Mathew. 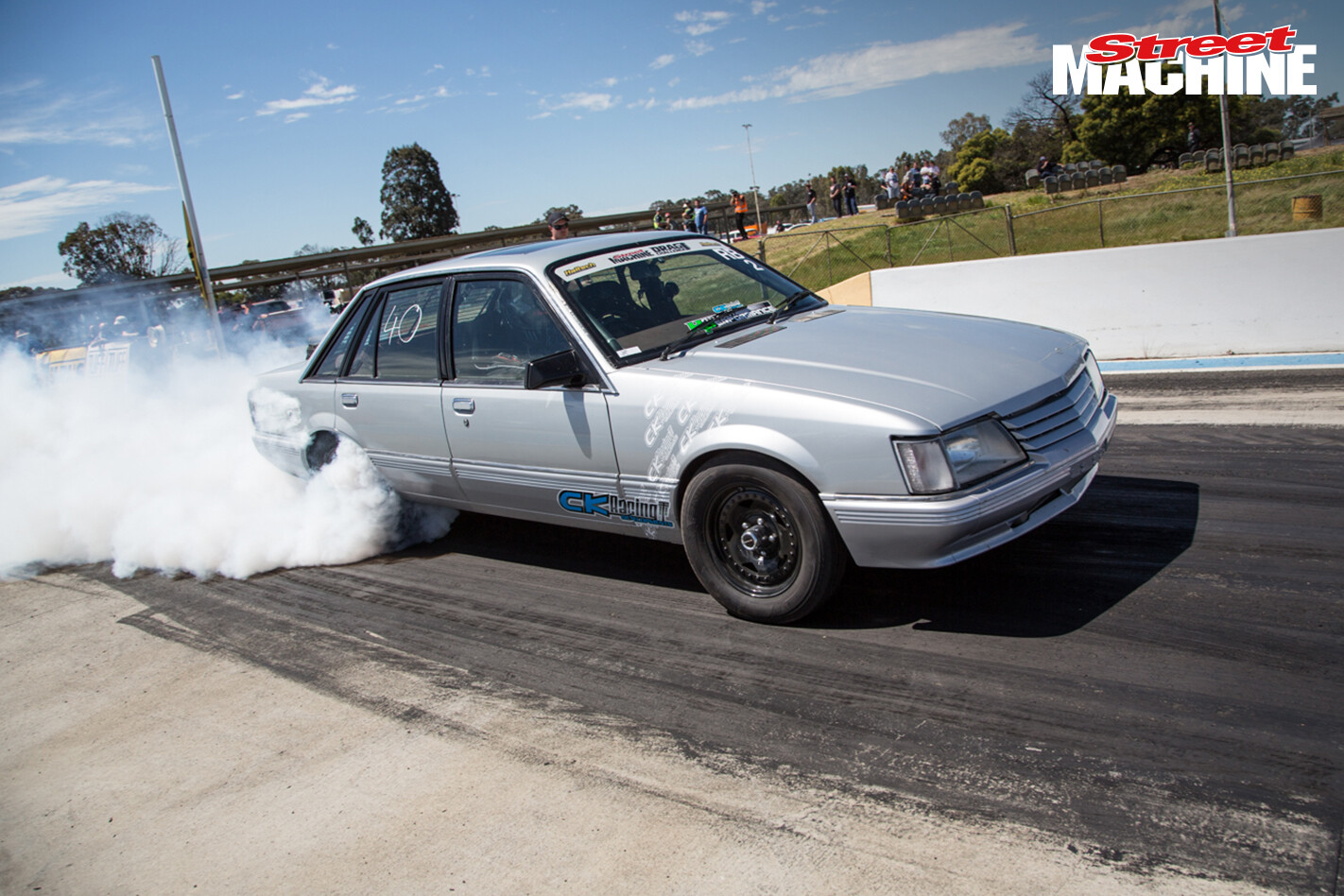 On Day One the electronic boost controller broke, so the boys went down to VPW and bought a basic boost tee that would get the job done for the week. Surprisingly, even without boost control the car had no dramas hooking up at the track. The main issue was with the converter. 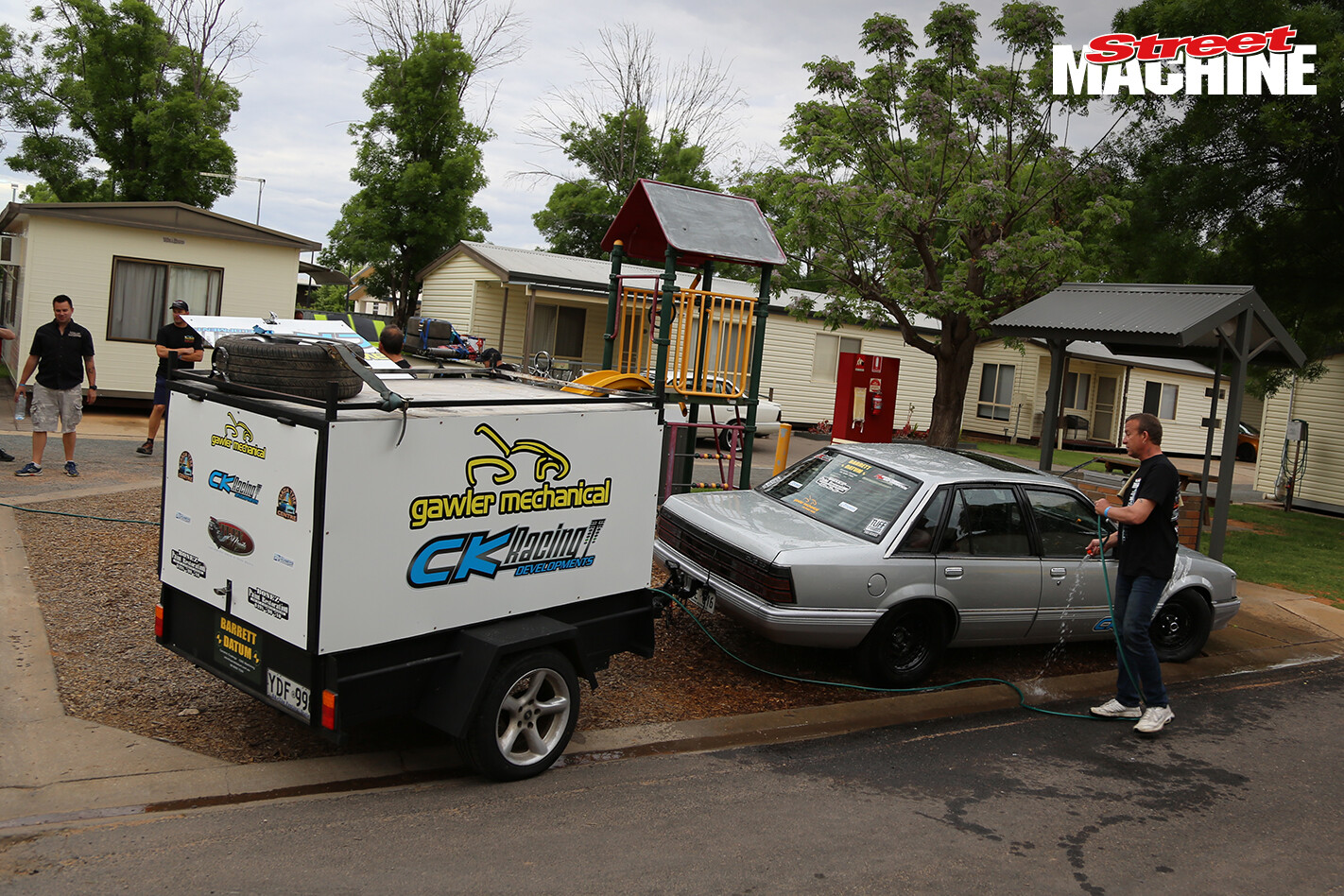 “It just wasn’t right for the set-up we had,” Graeme said. “It was flaring too much so we weren’t quite where we wanted to be.

“Thursday night I had a mate fly in from Adelaide with a new converter for the car. Steve Whelan from Taylah Made Exhausts let us use his workshop, so we swapped it in and were ready to race again on Friday night.” 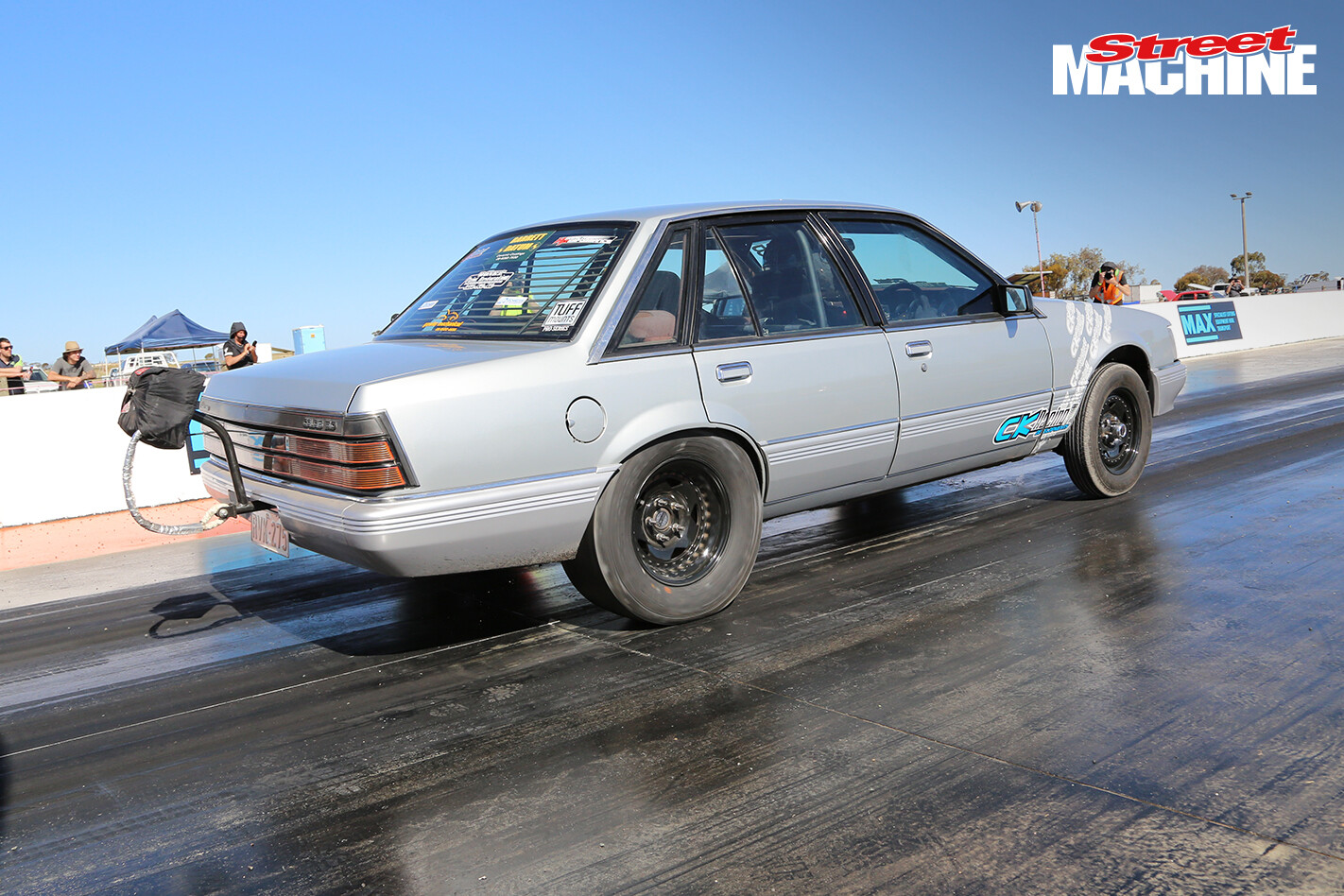 It still wasn’t perfect, but with the a bit more boost in the car it went 8.74@158mph – its quickest pass of the week, after clocking 8.8 at Swan Hill the day before and flat nines everywhere else. “With the right converter and when everything’s happy it should go low eights,” Graeme said. “That’s what we built the car for, so I’m going to lean on it a bit more and take it to some of the Victorian boys.” After finishing fourth in the Haltech Radial Blown class and seventh overall, Graeme still wasn’t ready to call it quits. The day after Drag Challenge he raced at the APSA X275 meet at Calder Park – and ended up winning that too! “I always wanted it to be an APSA car, so I thought while we’re here we’ll give it a crack,” he said. “It came down to me and [fellow Drag Challenge competitor] Terry Seng, and I caught him sleeping on the tree a little and got the win! 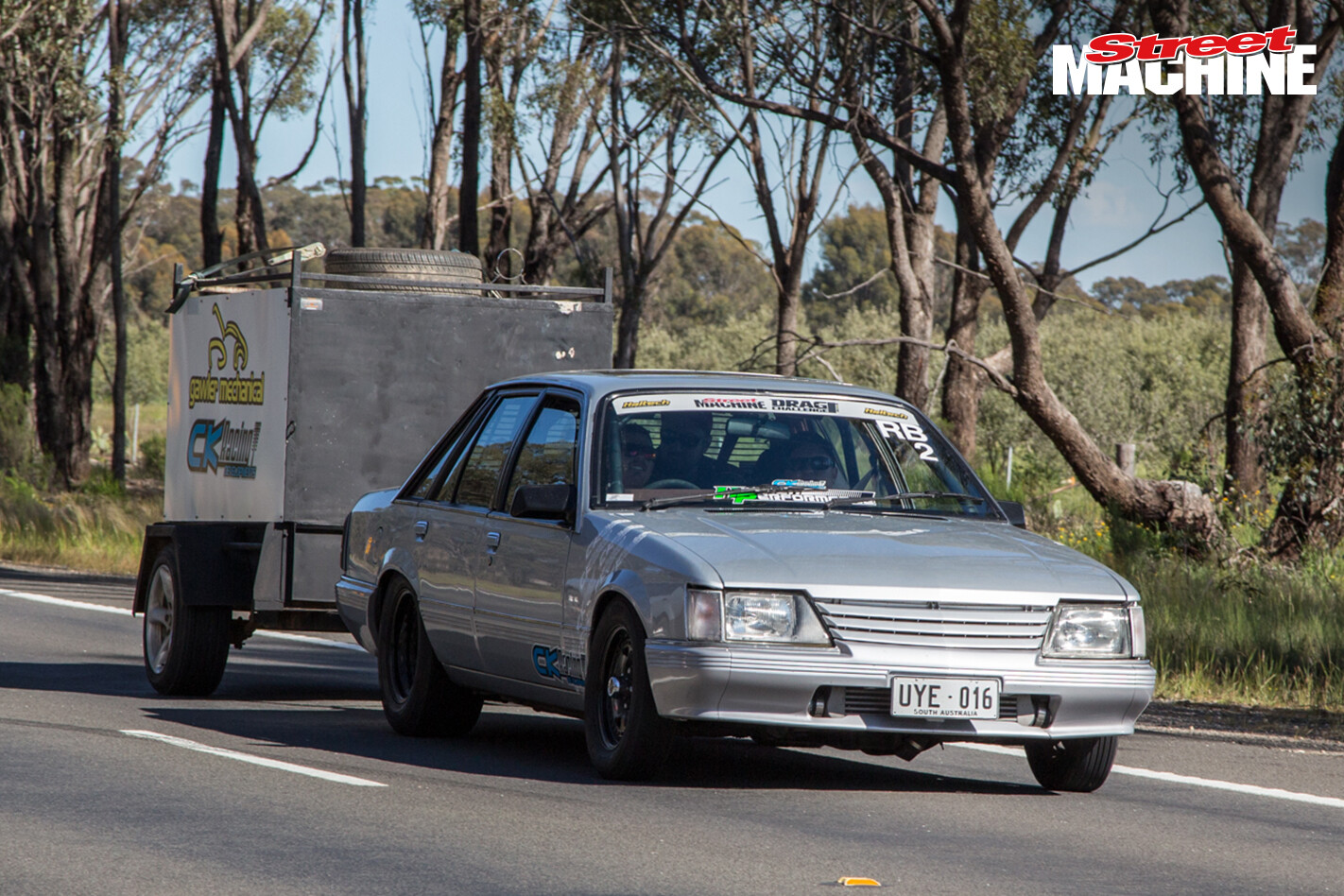 “It was really good to get the win for the crew after they pulled out all the stops to get the new converter in before the last day. We ended up getting three trophies in one week!”