ONE of a few cool sleepers to have a crack at the first Street Machine Drag Challenge Weekend was Ben Taylor’s mint ’67 Chevy Camaro. Running in the Tuff Mounts Radial Blown class, the Butternut Yellow pony car seemed at first glance to be a tidy stocker on a set of fat mags.

While it started life as a genuine, highly desirable 396ci big-block/four-speed car, the Camaro now features a six-litre LS2 that cops between 17-21psi from a gigantic 88mm Turbonetics snail, and drinks a diet of pure E85. The VZ Commodore LS isn’t anything exotic, packing tougher pistons, rods, cam and lifters, while a retuned factory PCM handles the management. 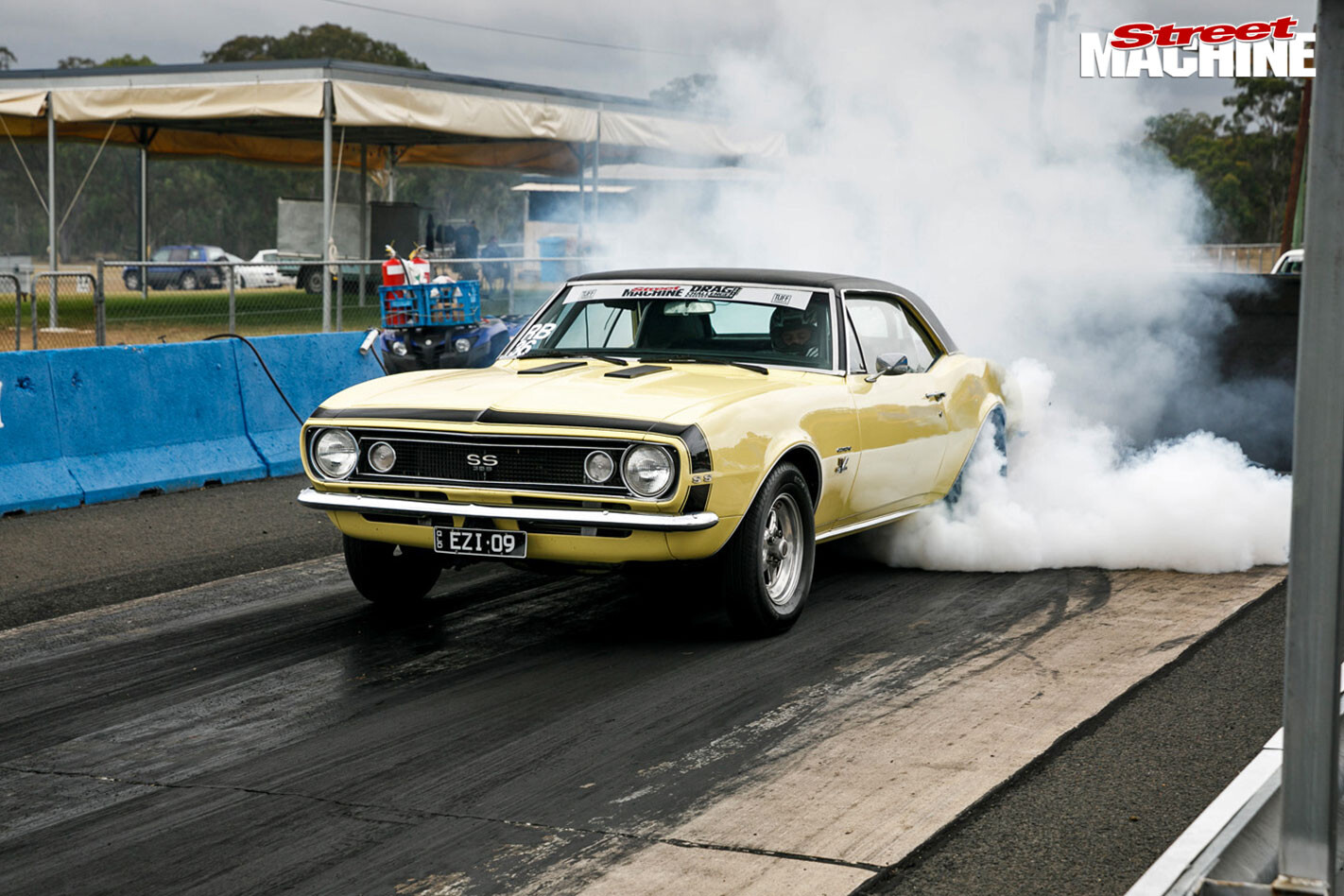 “I imported the car from the USA myself,” Ben said. “It was a nice, clean, stock car and it ended up with a 430ci small-block that went 10.4. But you can’t beat the price and reliability of an LS, so we decided to try something new and go turbo. We also built the Powerglide ourselves.”

Ben was still getting a handle on the tune at the first day of Drag Challenge Weekend, winding up with a 9.78@139mph, before pushing to a 6.16 on Warwick’s eighth-mile strip.

The drive back from Warwick to Willowbank caused the low-slung Camaro some issues, unfortunately, with the back of the exhaust system copping enough hits to split it right through! Still, Ben was able to get the car to Willowbank to run the final day of Drag Challenge Weekend, driving the car on the dump pipes alone to score a 9.39 and round out his weekend in 10th overall.

“We are building more boost into it at the moment, as this is our first turbo set-up,” Ben said. “It has run a PB of 9.3@148mph before, so it was great to run another 9.3 today. We really had a great time and enjoyed the event!”