JON Fulton’s beige Datsun Bluebird wouldn’t look out of place parked in a nursing home, but Nanna’s Datto never had a turbocharged Toyota 1UZ-FE four-litre V8 under its bonnet. Filled to the brim with E85, Jon left the BorgWarner S366 running 10psi for Drag Challenge Weekend, which was his first tilt at an event of this type. 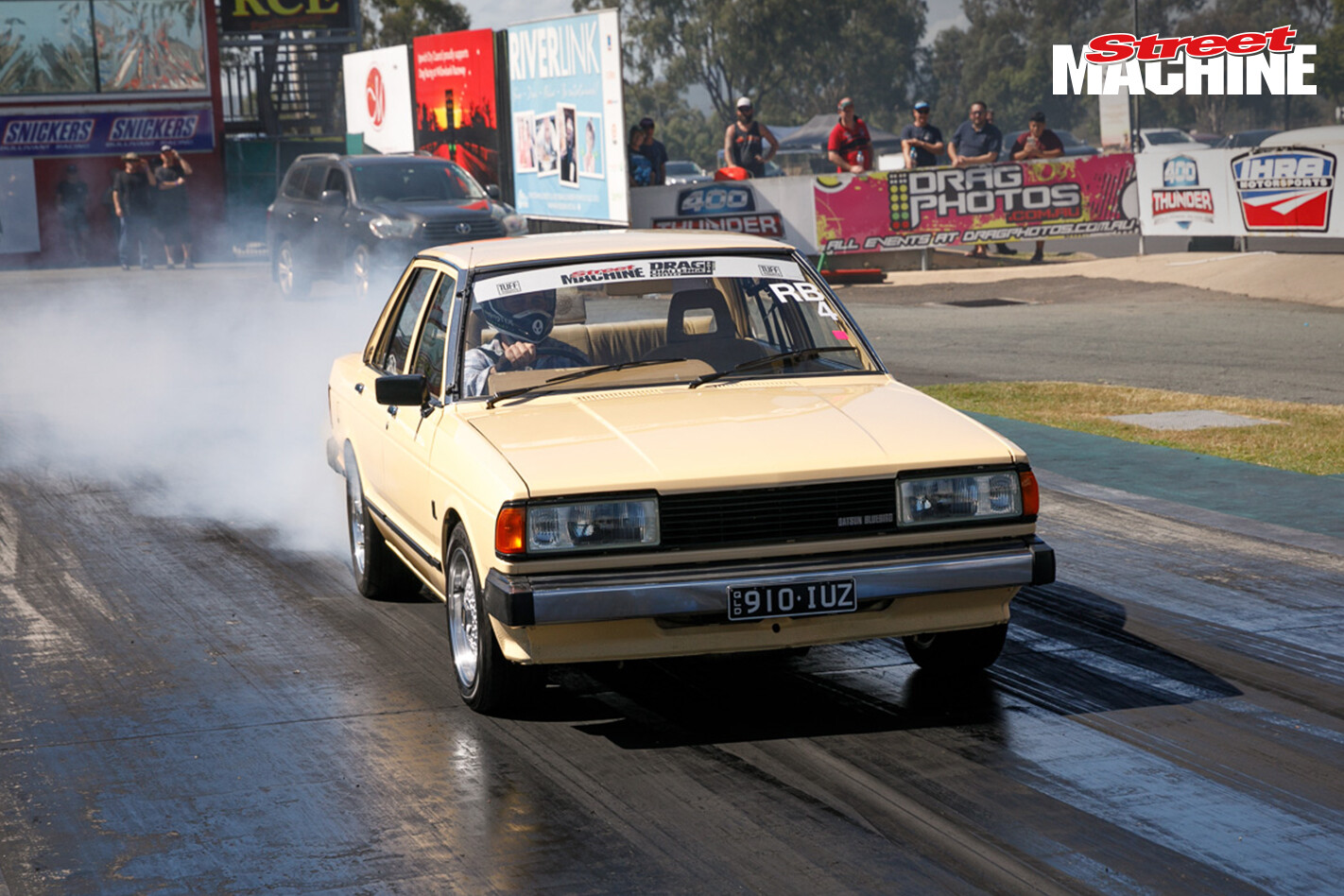 “It has run a best of 10.7, but with the Powerglide and 3.45 diff gears it hits the limiter before the end of the run,” Jon said. “It has made 400rwhp on the dyno before, but running 10psi it made approximately 360rwhp.” 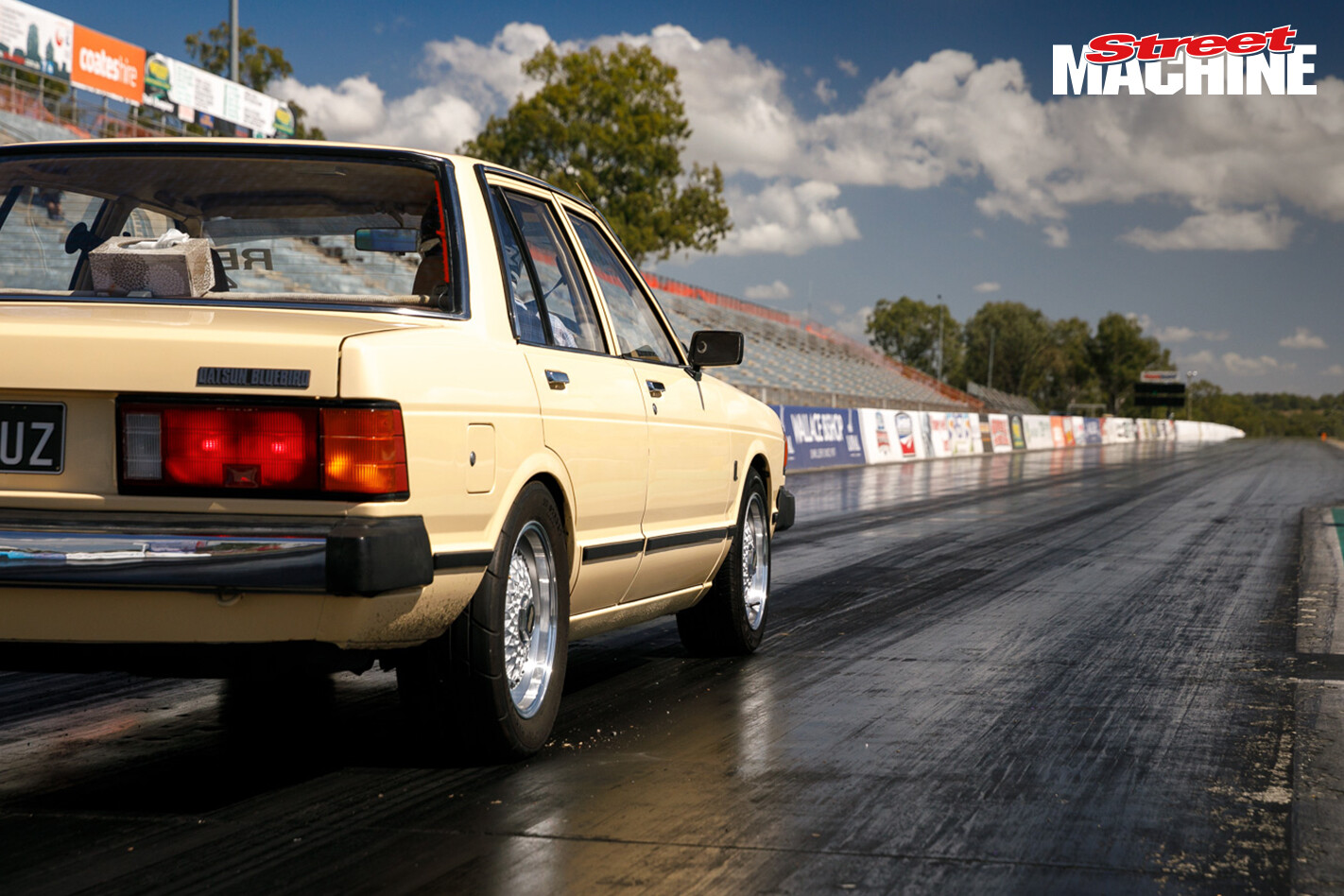 Jon built the car at home off a super-neat 910-series Bluebird, initially with an aspirated 1UZ. “The engine is a 300,000km-old stock wrecking yard engine, and it’s done great – I haven’t even checked the oil once during the event! "The issue is I cross the line at 6500rpm, but these engines stop making power at 5500rpm. I don’t want to go too crazy here because I’m worried about breaking axles in the R31 BorgWarner diff, and I only have two spare.” 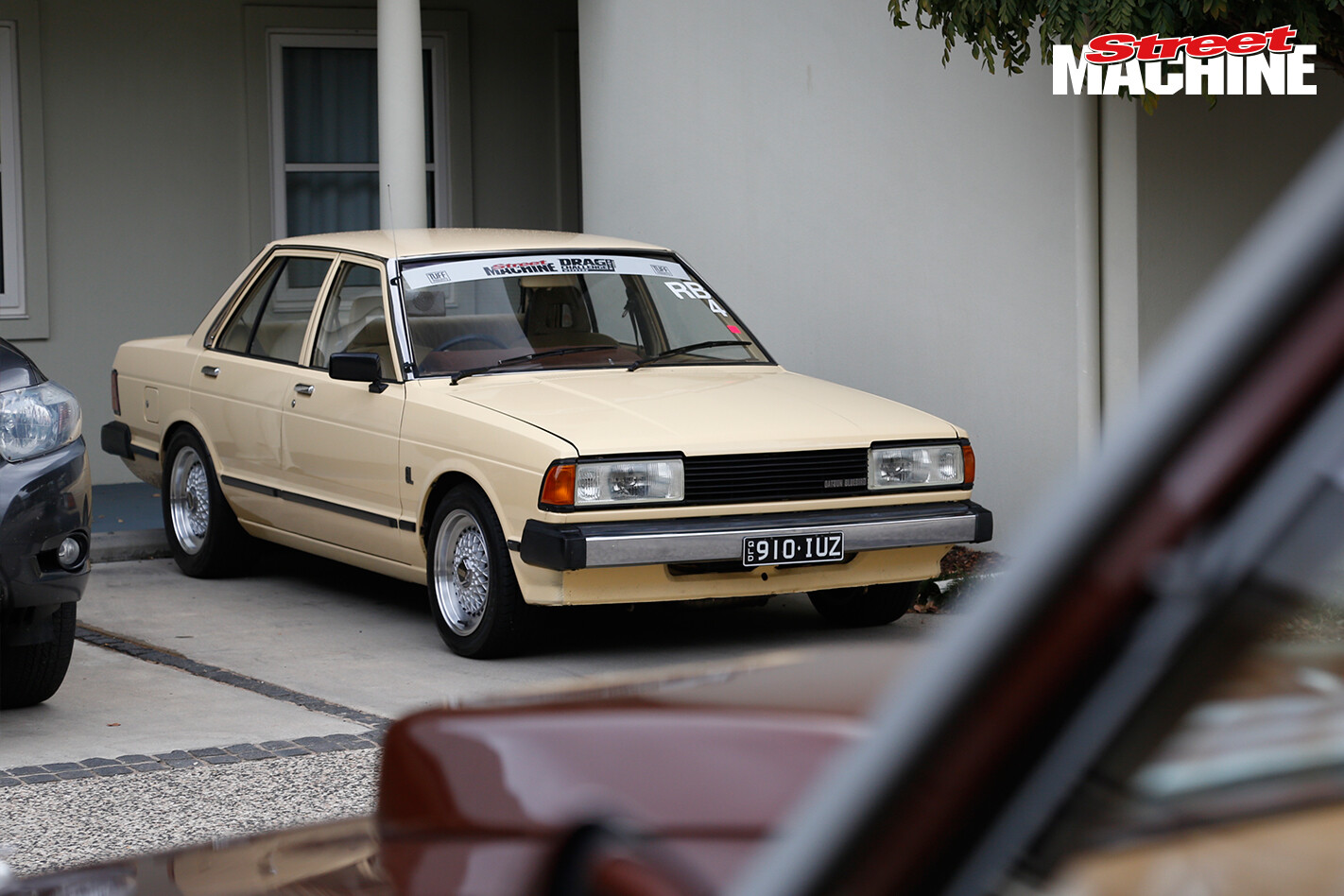 Engineered and fully registered for use on Queensland roads, the Bluebird is a street cruiser for Jon, who is also building a twin-turbo LS1 V35 Skyline for events like Drag Challenge Weekend. However, without a ’cage or tech inspection, Jon didn’t want to push the car too hard and get booted. “Willowbank is my home track, so I don’t want to get booted before I turn the boost up on this,” he said. “I have Cometic head gaskets, ARP studs, titanium retainers and valve springs at home, which I’ll fit and wind the boost up from 10psi to 18psi.” Jon ended up running a PB at Warwick on the eighth-mile track, cracking off a 6.79@102mph on his first pass. “It equates to a 10.55 when you multiply it by 1.555,” said Jon. “This is because it isn’t hitting the rev-limiter over the finish line on the eighth-mile.”

Day Three saw Jon again make one pass only, a 10.54 to reset his PBs for the car on the excellent Willowbank surface. “I am happy to do one run each day, then park it and enjoy the racing or help other people,” he said. “This event isn’t just a racing weekend for me; it is a social event too.”