BRENDAN Cherry is a veteran of Street Machine Drag Challenge. He entered the very first event back in 2014 when we had less than thirty cars and he’s been at every DC since. From 2014 to 2016 he competed in his stunning HQ Monaro, powered by a couple of different turbo LS combos. At the beginning of 2017 he sold off the monster HQ to fund his dream car – a HK Monaro.

The HK was already a bit of a weapon when Cherry bought the thing, having been built into an elite level show car by its previous owner and equipped with a Merlin 572ci big-block Chev. The car was perfect to a lot of people but not quite how Cherry wanted it, so he put twin BorgWarner S480 turbos on the big-block and went racing! 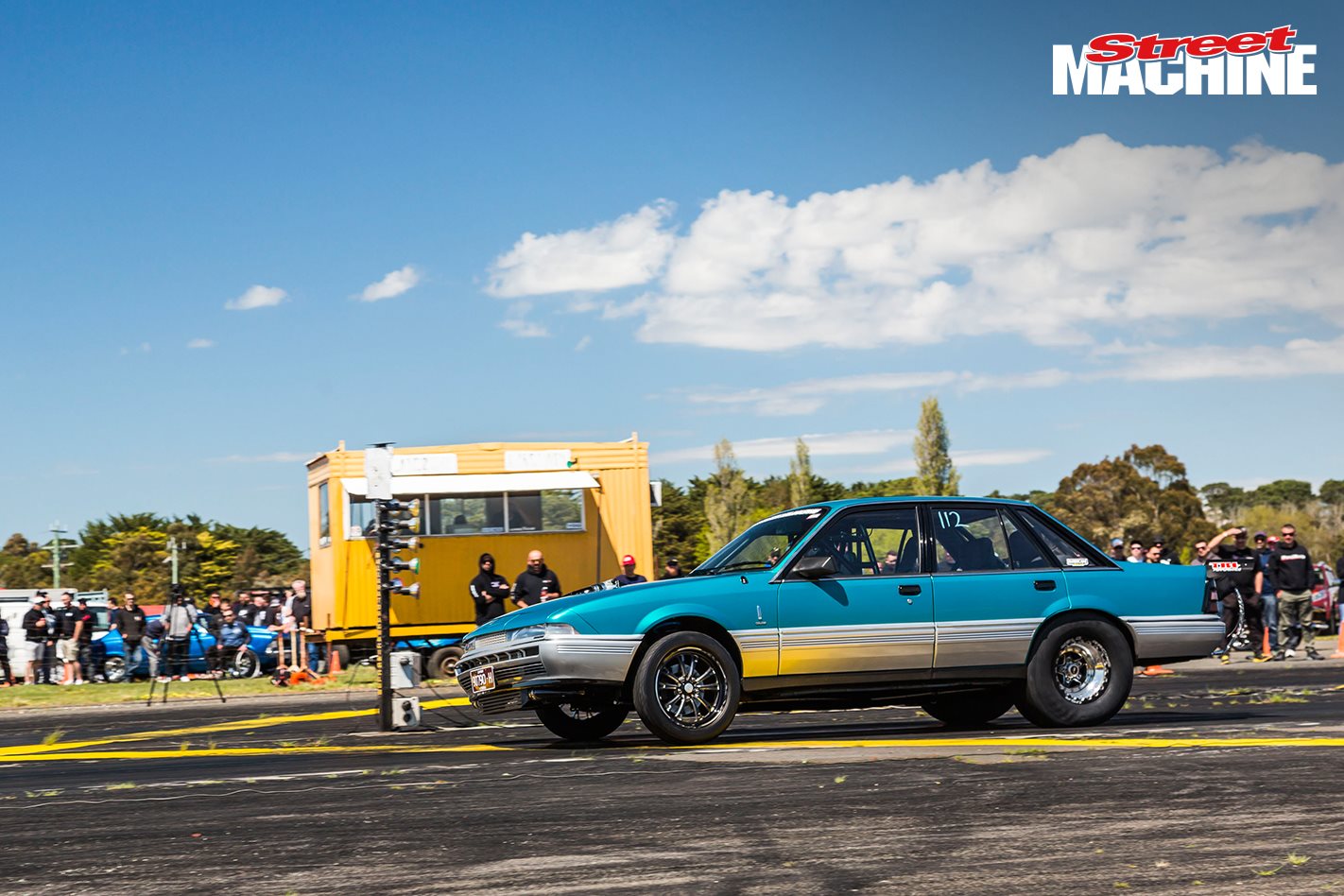 Last year the Monaro competed in Drag Challenge, driving across South Australia and Victoria, clocking up plenty of road miles and track abuse along the way. No one could quite believe the torture Cherry put the stunning Monaro through.

While it looked ace, the car didn’t really perform to the driveline’s full potential – due to the small 255 tyres, high weight of the car and a suspension design which wasn’t ideal for drag racing. 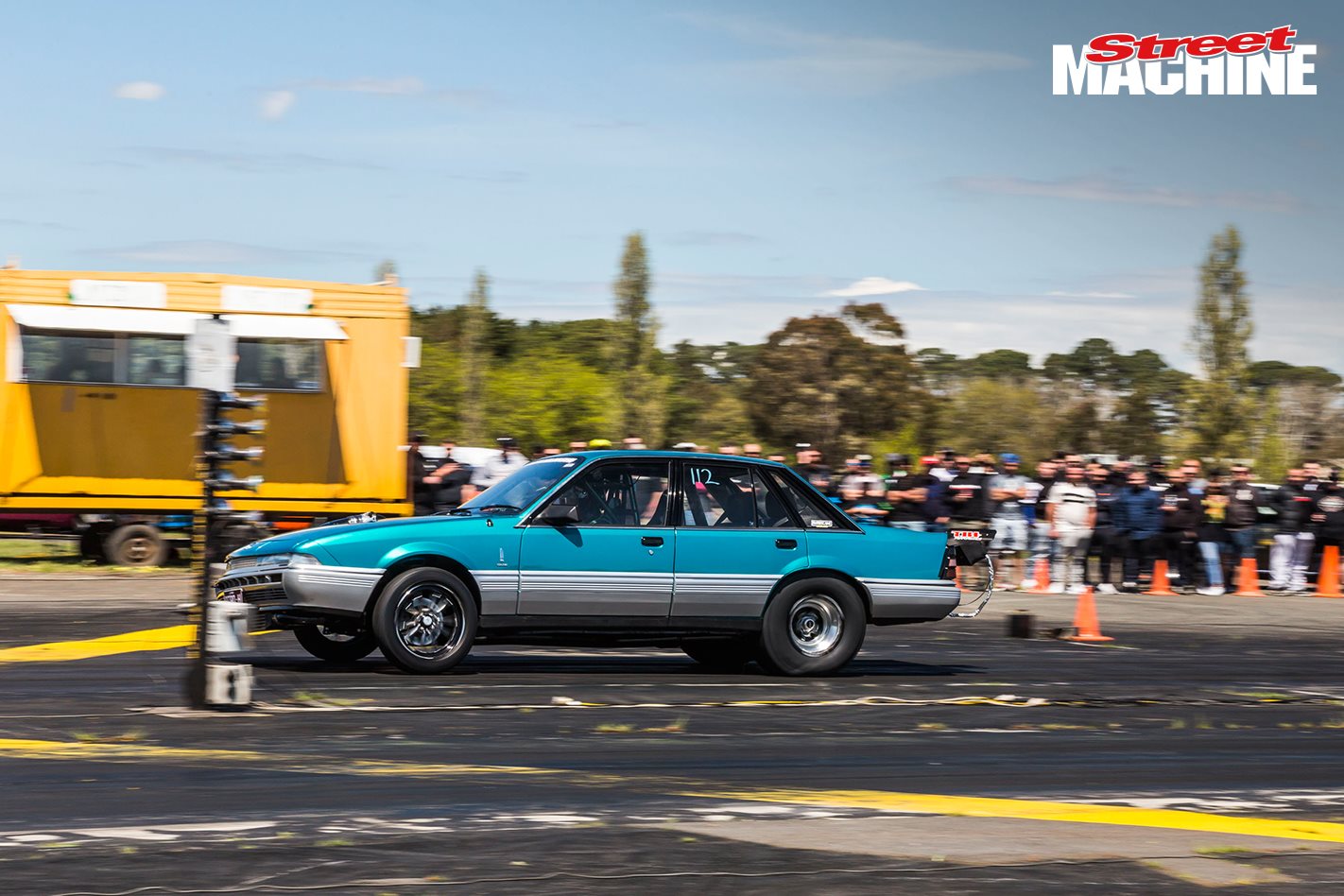 So for this year’s Street Machine Drag Challenge, Cherry has built a whole new car with good mate Josh Ploeger that is a lot more race focused than either of Cherry’s Monaros. Taking Josh’s tidy VL Calais and the 1000rwkW driveline from the Monaro, they’ve built a car which they hope will run sevens at DC.

With an extensive funny car-style rollcage, and 315 radial tyres it has all the gear they need to run the numbers. And having proven the driveline works at Drag Challenge last year, they should have reliability on their side – provided they can keep the gearbox together. 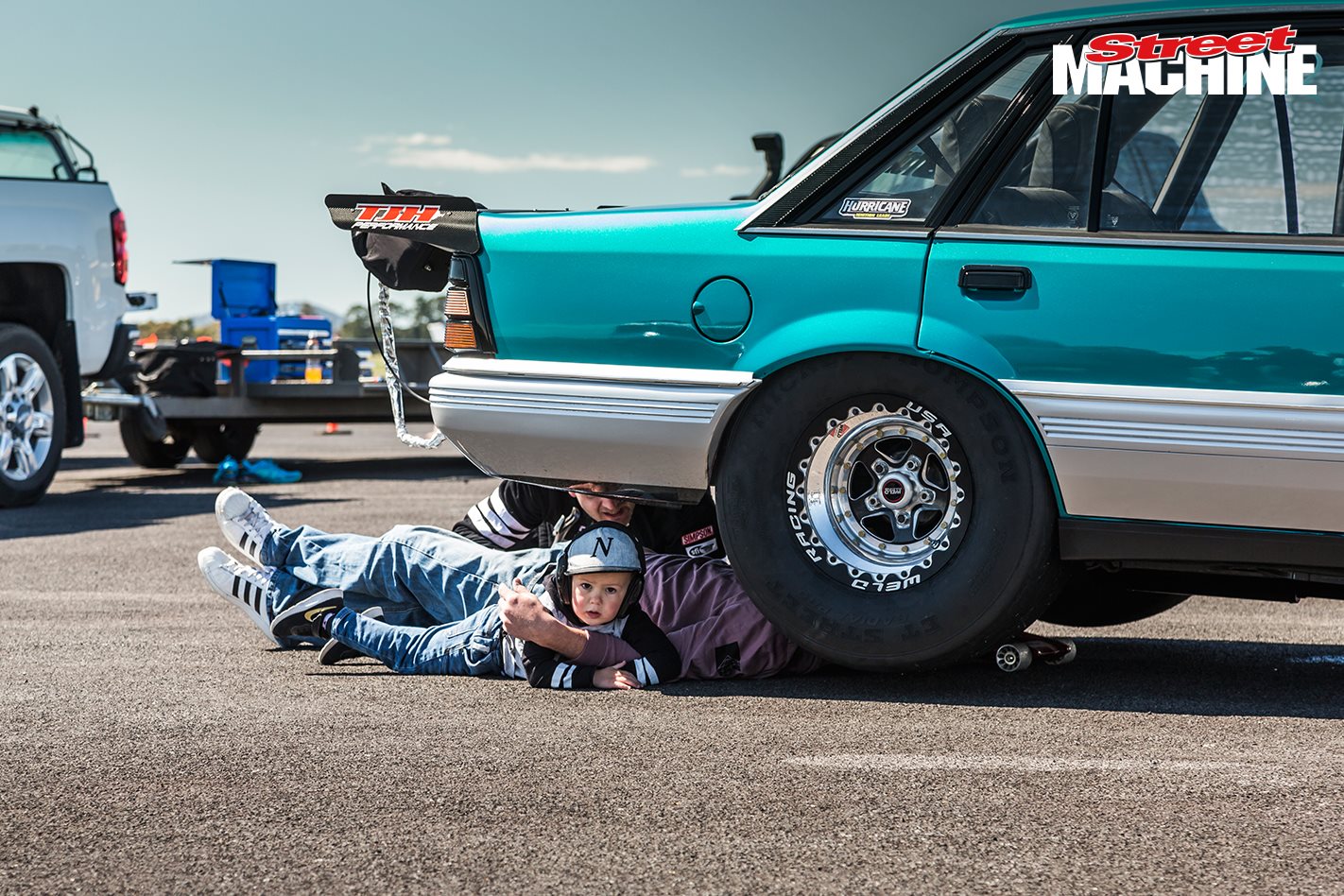 Cherry tested at Swan Hill last weekend and hurt a band in his Turbo 400 auto so it was off to Preston Automatics for a freshen up. It’s the same gearbox that Cherry has used for the last three Drag Challenge events so it has done well to survive this long!

Stay tuned to see how Brendan Cherry fares at this year’s Street Machine Drag Challenge, we’ll have updates online throughout the event, kicking off 12 November!