MARK Drew put together a brand-spankin’-new combo for his Crusty LH Torana ahead of Street Machine Drag Challenge this year. After sticking a boosted LS unit in his wife Raelene’s HR sedan and seeing it runs eights, he too made the switch from a screamin’ small-block Chev in his Torana to a more powerful turbo set-up that would hopefully put the LH into the seven-second zone. 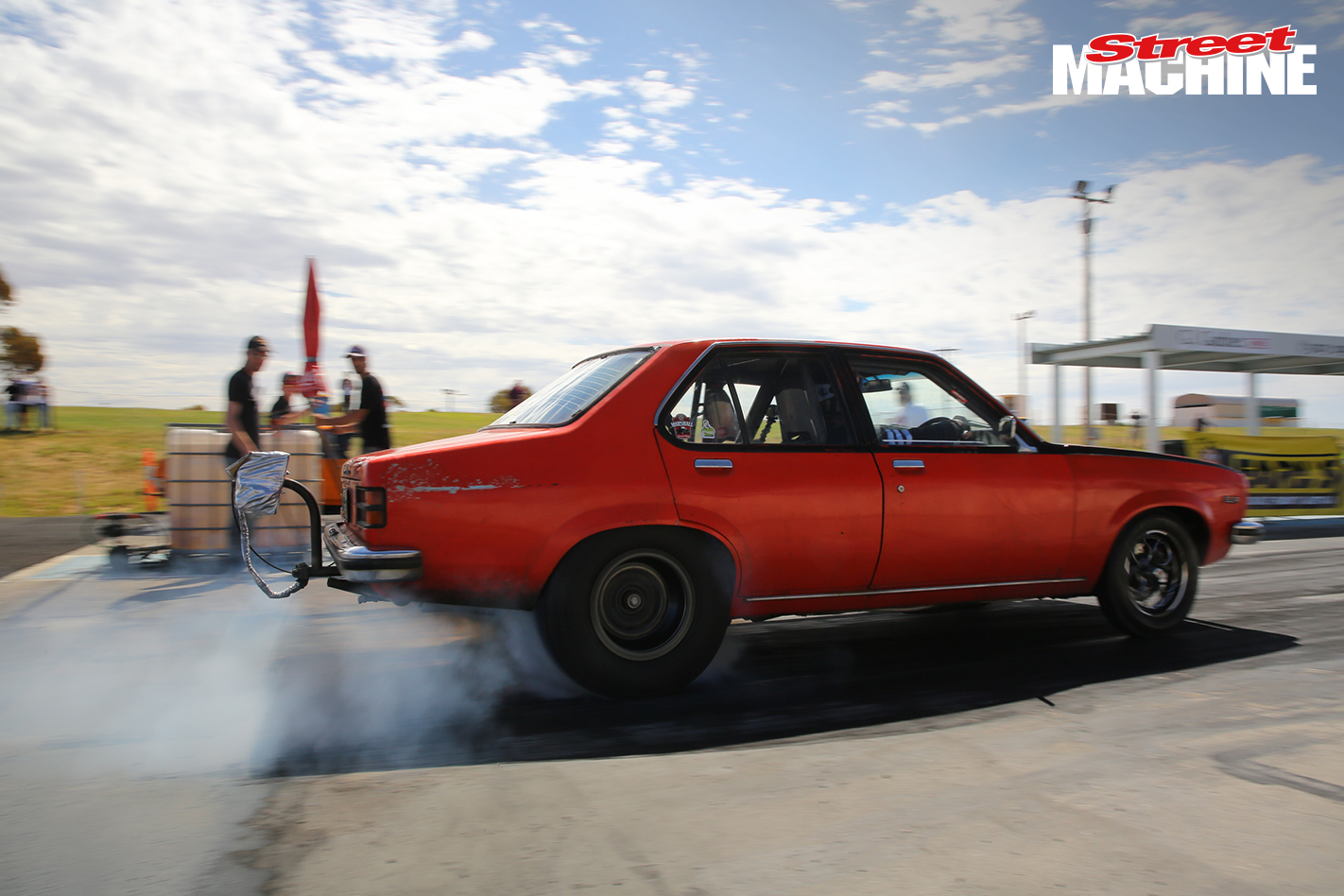 He opted for a 427-cube LSX Dart block with Dart heads and a pair of BorgWarner S300SX turbochargers blowing through a custom intake. Drive hits the rears through a transbraked two-speed Powerglide with a 3500 converter and nine-inch rear end running 275 radials. The combo is good for 1300rwhp on E85 juice. 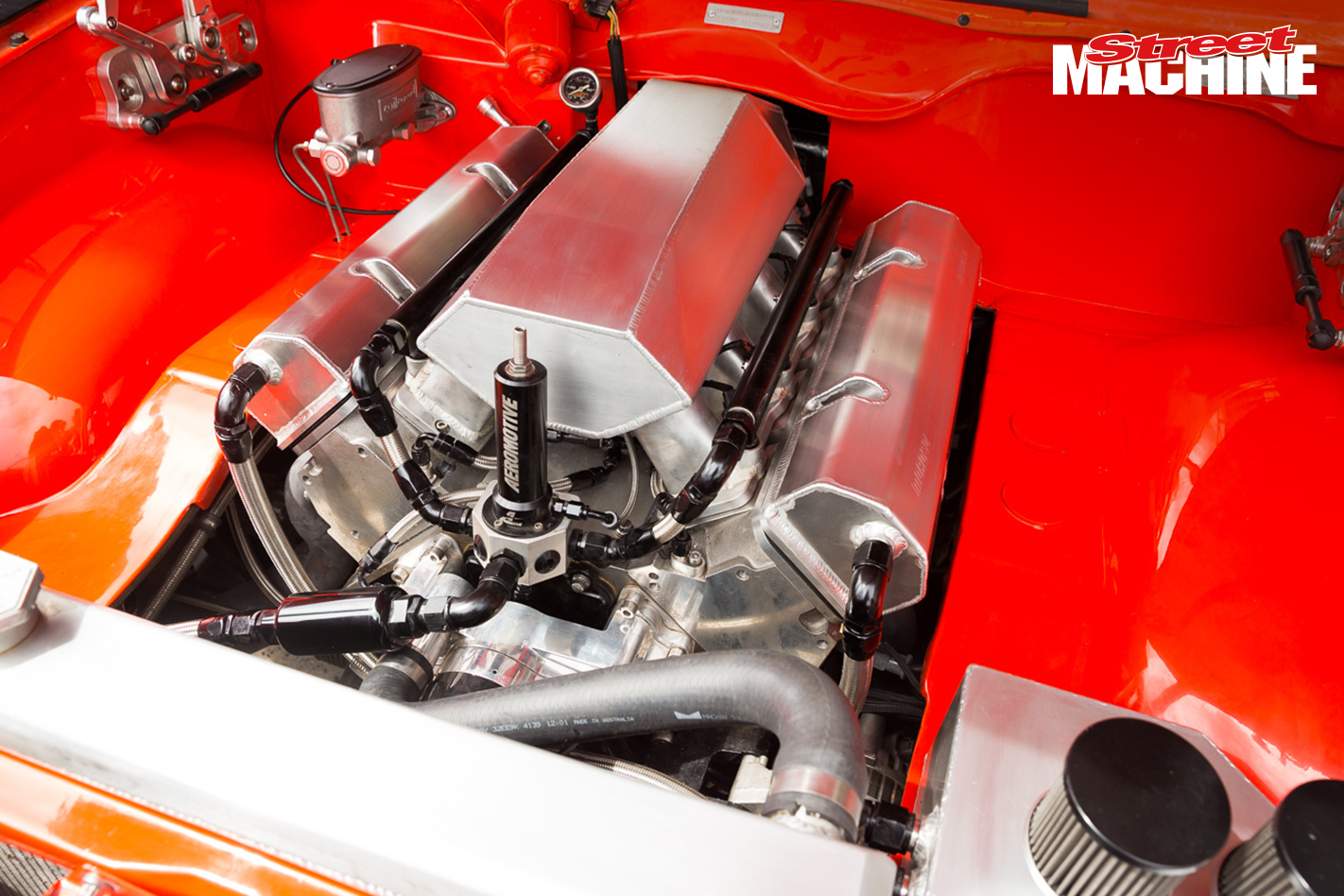 While the Torana may look run-down on the outside, it’s anything but underneath. Pop the bonnet and the engine bay is immaculate. Smoothed and freshly painted, it’s insanely neat, with the motor set nice and low in the shell. If you’re scratching your head trying to figure out where the turbos have been hidden, they’re behind the front bar. 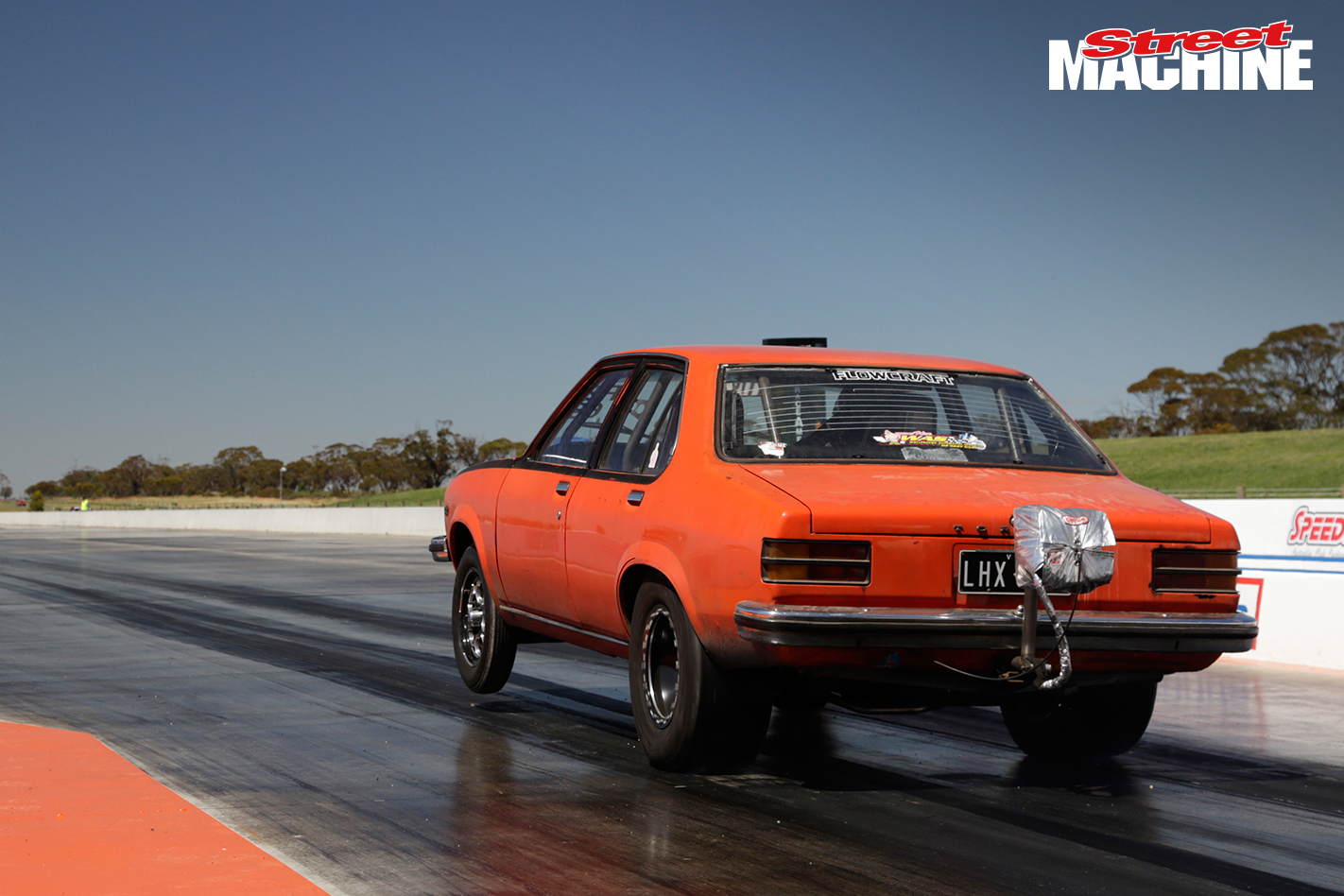 A few weeks before Drag Challenge 2016, Drewy PB’d at Calder with an 8.22@172mph, so the Torana was always going to be a contender. And so it proved, with Mark finishing third overall behind winner Bubba Medlyn and runner-up Adam Rogash, and also coming second in the Haltech Radial Blown class. He ran mid-to-low eights at every track, with the LH proving to be a reliable and happy cruiser on the street, and pretty consistent on the strip. 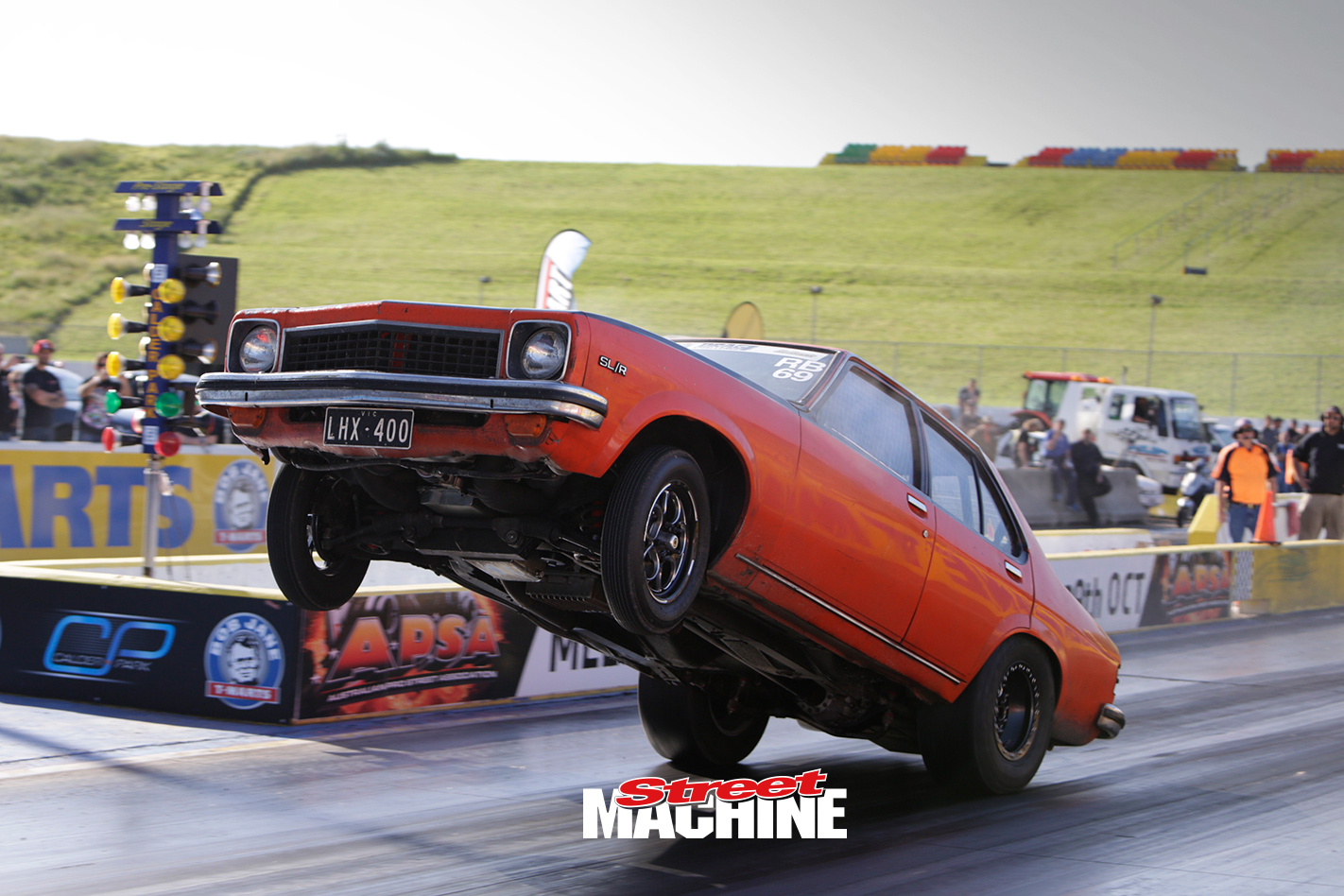 I say pretty consistent because on the final day of Drag Challenge, Drewy decided to go for a seven-second pass and crank the power up to that 1300rwhp figure. On the one pass where the car hooked up without launching seven feet in the air, it went 8.29@167mph – its best all week. On the other passes, well, the photos speak for themselves! 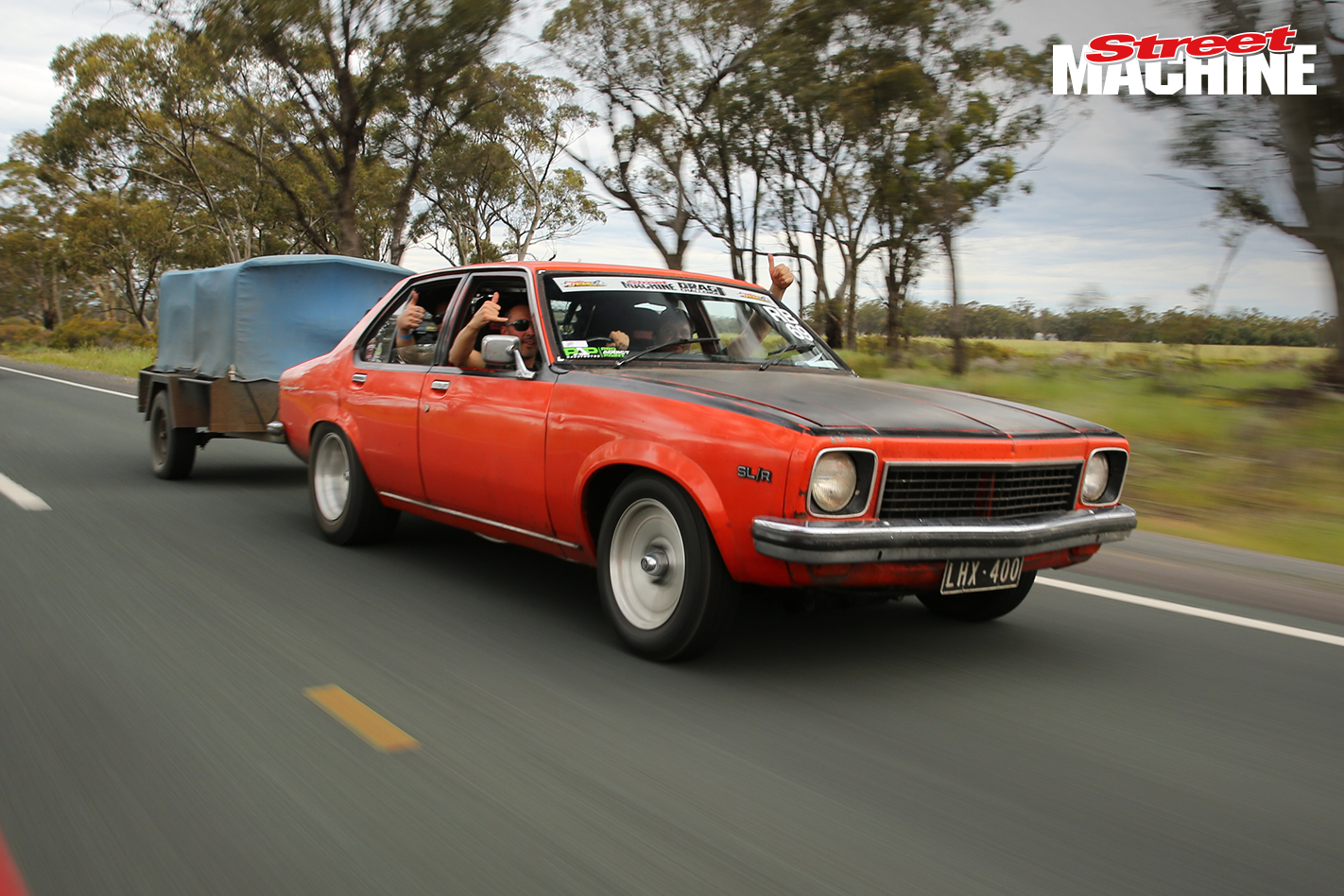 The second wheelstand was easily one of the craziest I’ve seen. With both front wheels and an inside rear wheel off the deck, many swear words followed.

“We were creeping up on it all week, and on the last day we were really going for it,” Drewy said. 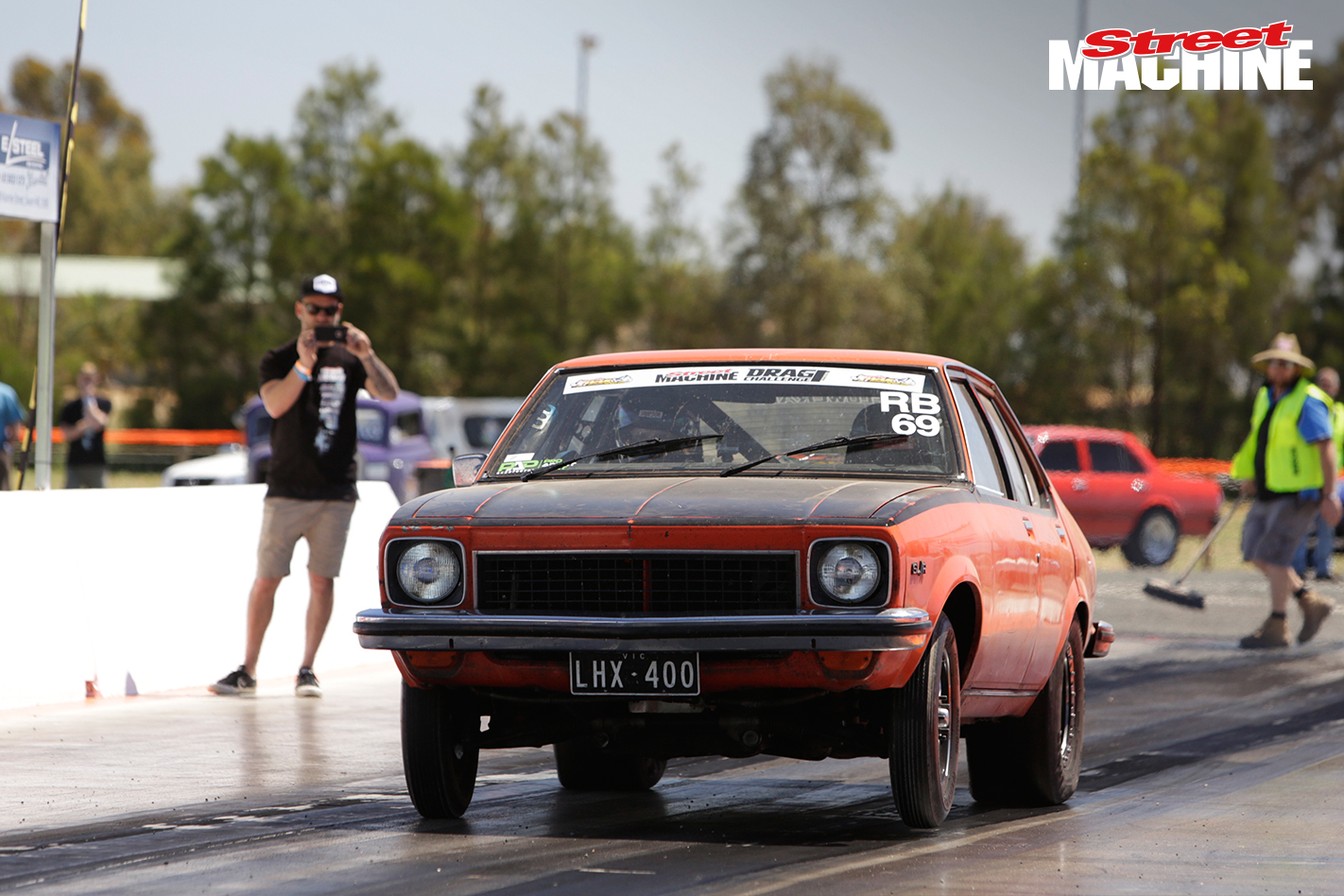 It did a little bit of damage on the way down, smashing the alternator and frying some wiring. But it was an easy fix, and represented the only real drama Team Crusty Torana had all week. 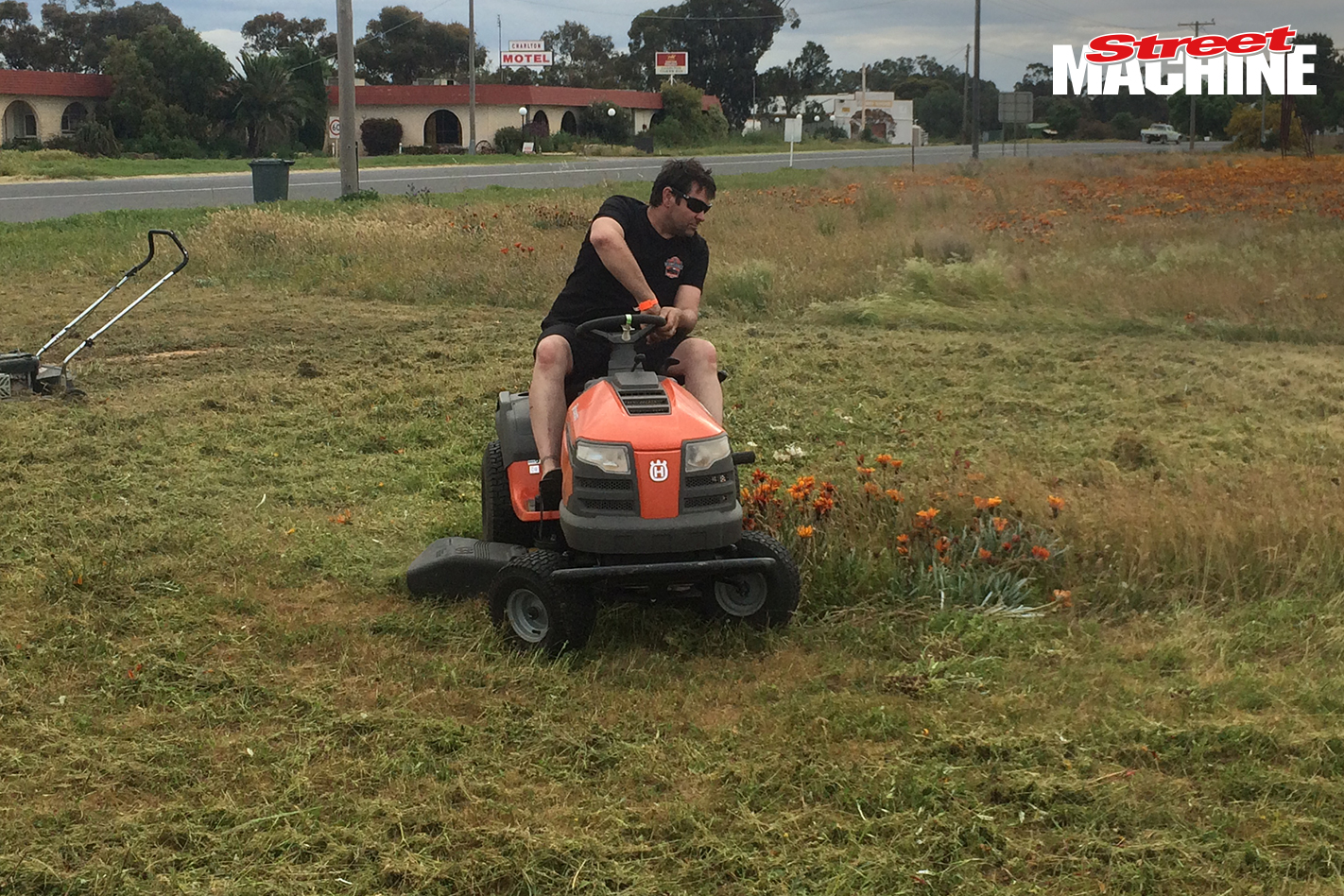 And because his car went trouble-free he had time to help an old lady in Charlton who needed some grass cut. After her ride-on mower conked out, she resorted to cutting her one acre's worth of foot-tall forest with a push mower. Drewy decided that wouldn't do, got the old ride-on going again and she was back in business. Community service at its finest. 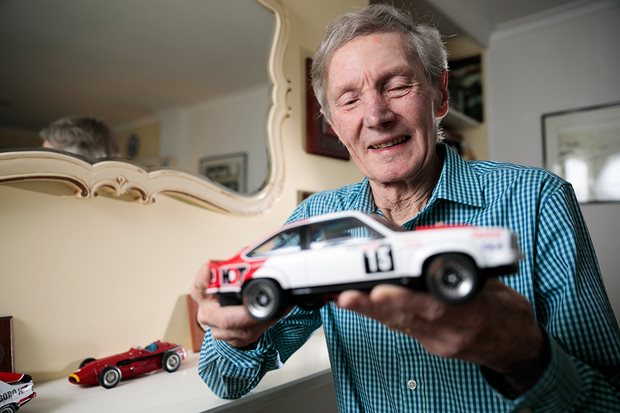