DRAG Challenge has come a long way in its short five-year lifespan, from being laughed at with the mantra of: “You’ll never get away with that in this country,” to over 250 entrants per year and cars being built specifically to take on the event. Zero5 Performance in Rutherford, NSW is joining the cavalcade this year with a pair of stonking Holdens. 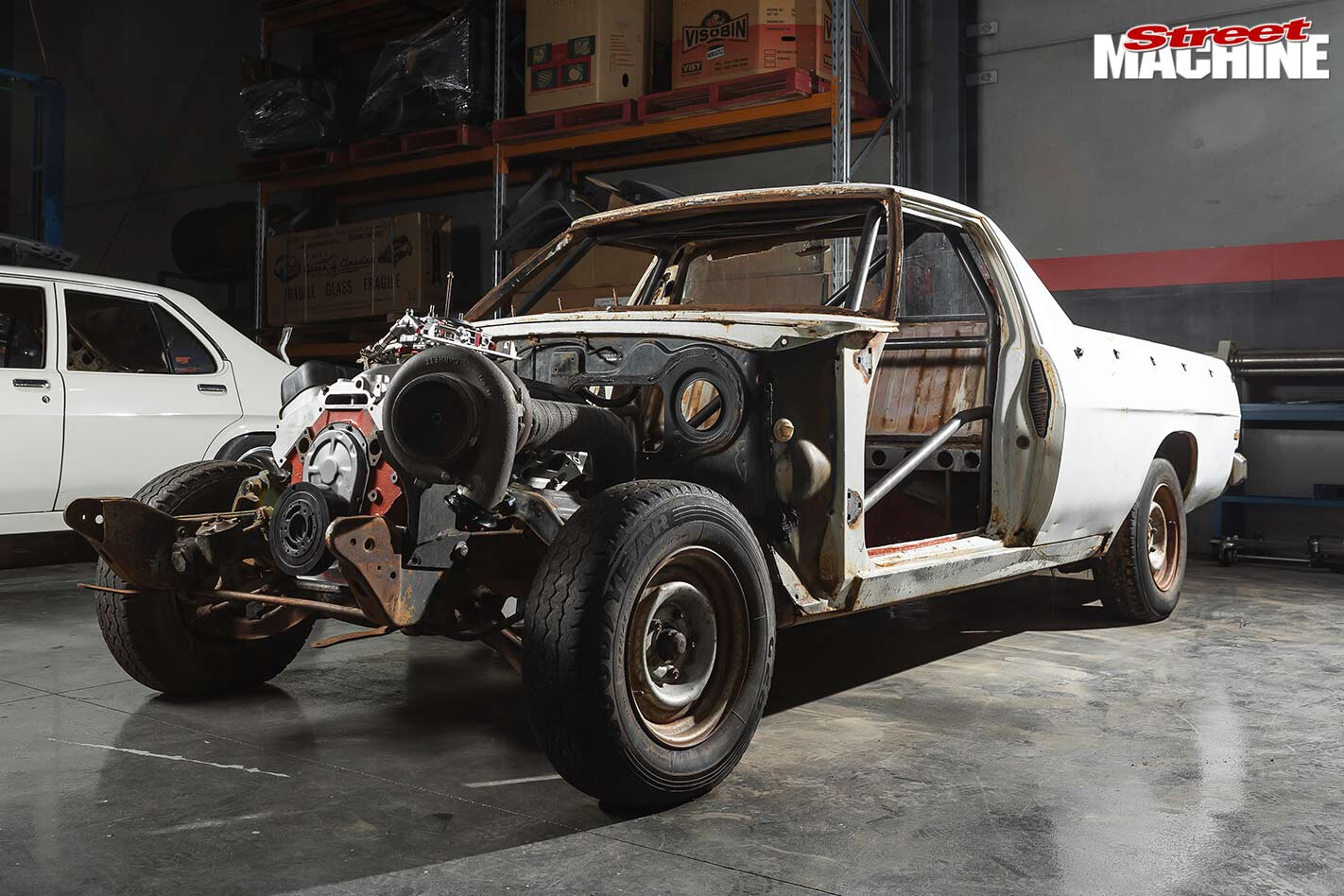 Zero5 is the brainchild of owners Brad Lowe, Chris Sheppard and Peter Champion. Peter has been the owner of the HDT brand for the past decade or so, but unlike HDT, the Zero5 guys aren’t just about Holdens. They specialise in HDT-style upgrades for models such as Mustangs, Camaros, 4WD Rangers and Colorados, with bodykits brake upgrades, exhaust systems and so on. The real party piece from our point of view is that their workshop also caters to custom builds, handling engine conversions, bodywork, dyno tuning and fabrication.

This section of the workshop is where their two builds for Drag Challenge are well underway, with some big numbers in tow. The first is Chris Sheppard’s own HJ sedan, which he has owned since he was 17 years old. While the car has had a host of engine combinations over the years, the news of Drag Challenge prompted Chris to take it to the next level.

“I’ve always wanted to do the event since it started, and now we’re finally getting into a position to make that happen,” he says.

Up front is a 408ci LY6 cast-iron block that’s had an internal renovation to help it cop the boost from a pair of 72mm billet BorgWarner turbos. Using a street-friendly water-to-air intercooler set-up and Holley EFI in the brains department, Chris is looking for some solid numbers.

“I’m expecting around 1100rwhp when we’ve got it up and going, which should hopefully see it in the mid-eight-second bracket down the track,” he says.

The rest of the driveline consists of a Turbo 400 ’box, leading back to a tubbed rear end with a full-floater four-link and nine-inch with street-friendly 3.25 gears.

The second Zero5 car brewing for this year’s DC is a farm-spec HQ ute the boys picked up cheap as a shop project, and, as Brad Lowe explains, they decided to go a bit against the grain with this one.

Other than structural repairs, the team has no intention of changing the rust and patina look of their new workshop toy, opting to leave the HQ ute in the same state visually as when they found it on a farm

“We’ve got a 500-cube big-block Chevy in this one with a carby, rather than an LS, with the big Garrett GT55R hanging out the front for a bit of wow factor,” he says.

Unlike the donk in the HJ, the HQ’s bottom end is staying largely untouched, with Brad musing that they should see 700-800rwhp when they turn the wick up, and they’re hoping that’ll yield consistent low-nines. “We’re hoping to run methanol at the tracks during Drag Challenge and PULP on the road,”
Brad says.

Both cars will be attempting to put their power down in 275 radials when they take on the Haltech Radial Blown class, but both are still yet to move under their own power.

“We’re going to really ramp up the work rate on both cars soon; we’re wanting to get them ready and driving by October,” says Brad.

Mark Xuereb’s Kingswood ute was strapped to the dyno at the recent Zero5 open day. It has made a solid 850rwhp so far from its stock LS bottom end, aided by a pair of 66mm BorgWarner turbos

The plan is to get a few passes in beforehand, and, critically, drive from Newcastle to the drags in Sydney, because covering the street miles on Drag Challenge is just as important as your ET.