RAIN might have delayed the first qualifying sessions for No Mercy 9, but the Australian contingent delivered in an epic day at South Georgia Motorsport Park. Three qualifying sessions were scheduled in a marathon 14 hours, with Wednesday's opening session shifted to Thursday morning following monsoonal rain.
Read next: Wade Wagstaff's YOUWAIT
Wade Wagstaff set new standards in his Noonan Hemi-powered 1957 Chev, with the Queenslander becoming the quickest Australian on radial tyres following a 3.902-second pass at 193.54mph over the eighth-mile in the evening qualifying session. 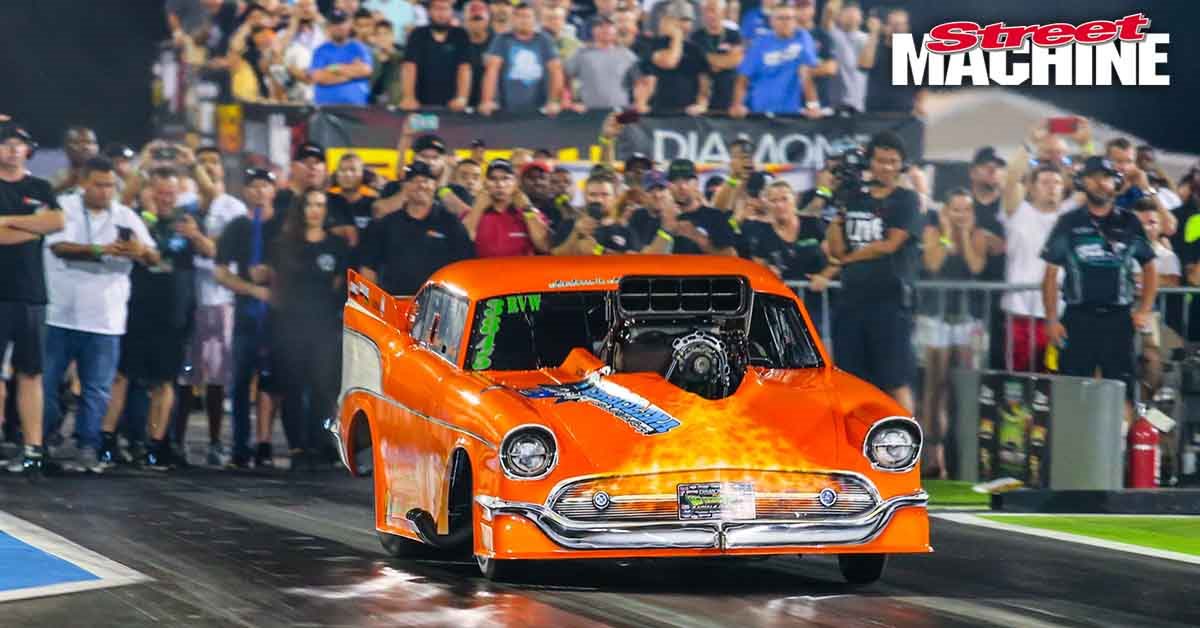 It capped off a strong day for Wagstaff and team, who recorded their first three second pass on the first run of the day with a 3.955, backed up by a 3.959 in the second session. Going rounds on radial tyres is often a case of consistency over outright performance, so Wagstaff looks to be a hot chance for eliminations. The 3.902 run placed Wagstaff thirteenth in the 32-car Radial vs The World field, which is currently led by nitrous racer Jeff Naiser's 3.762 in his 954ci Camaro. 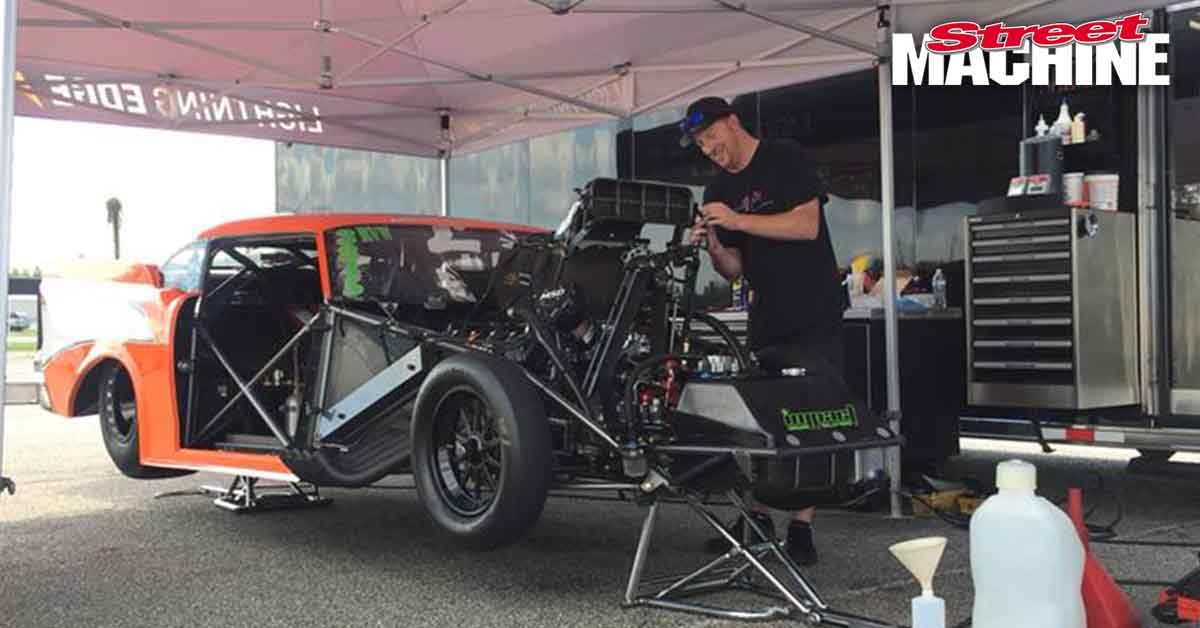 It may surprise you to learn Jeremy Martin has very little experience on radial tyres with his Proline-powered Holden VB Commodore. He has mainly raced on slicks in Australia, bar a few test passes on radials where he struggled to get down the track.He didn't let that get in the way of him sending the car halfway around the world and he was rewarded with a solid 4.041-seconds at 188.33mph. The run was good enough to put him in the field at number 18. 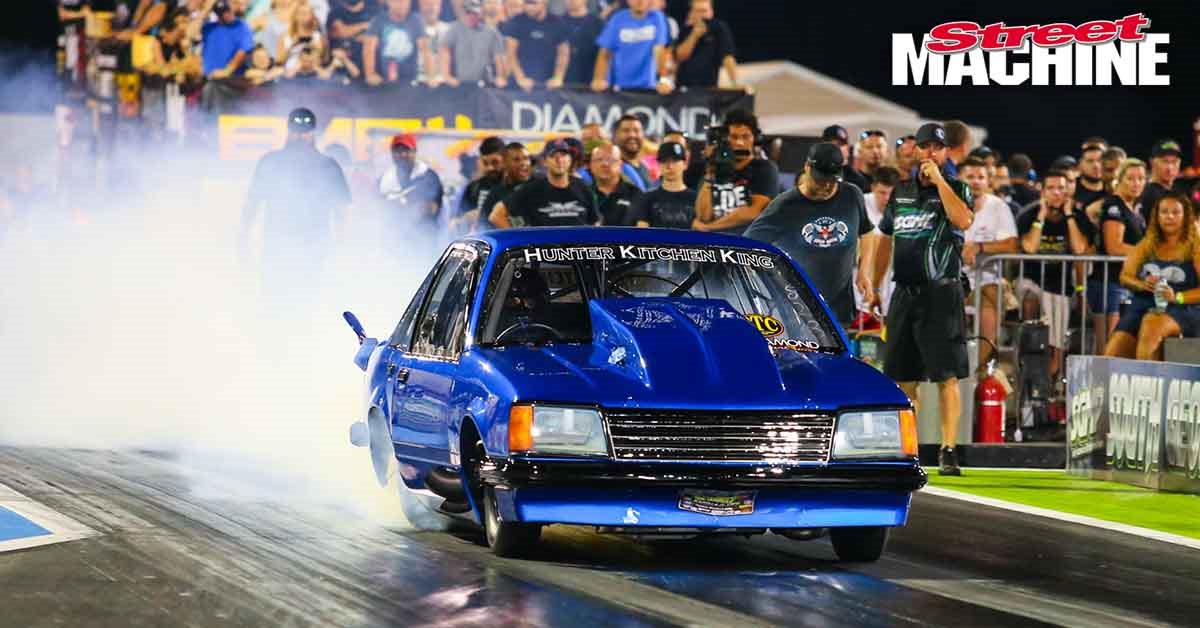 Jarrod Wood got some more laps in with the Kevin Mullins/Bill Schurr Jeep and made it down the track in the heat, besting with a 4.572-second run at 162.18mph in the second qualifying session of X275. Hoping to improve in the valuable night session, the team were left frustrated when the car spun the tyres on the hit. 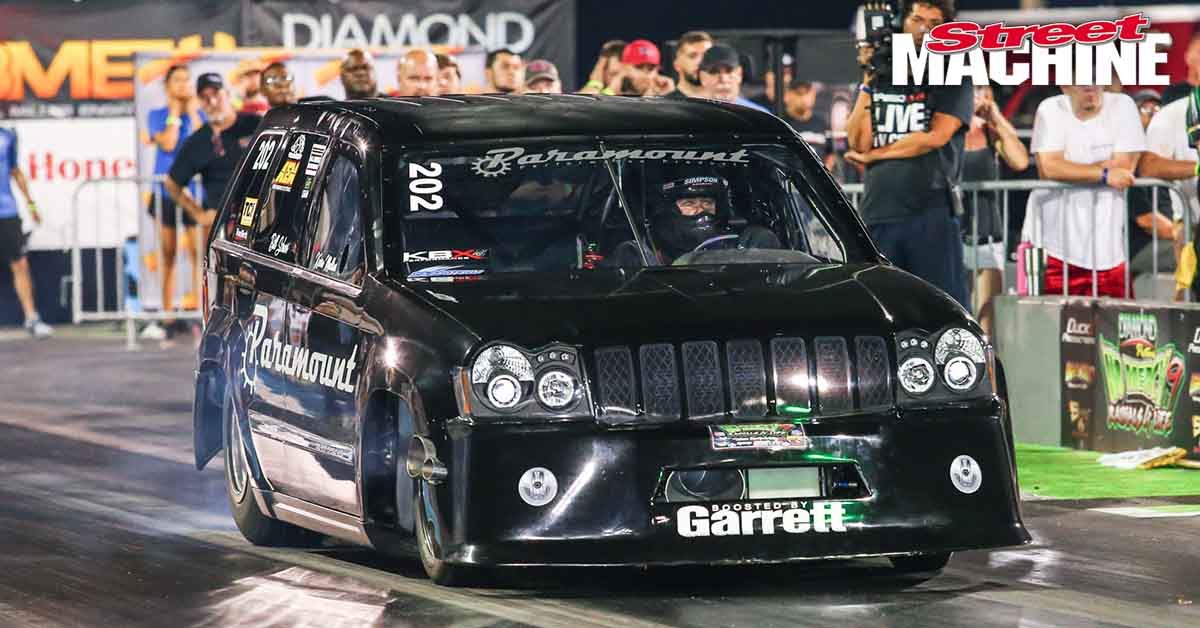 Harry Haig is living the dream, following up a successful Hot Rod Drag Week in his Chevelle, scoring an invite to race at No Mercy just two weeks later. Haggis played spectator for the day, with the 6.0 Index sessions bumped to Friday in the rescheduling. Aussie expat Milos Pavlovic was also in the field in the AAP Mustang, but hurt an engine and may not be back. Stay tuned for the video of today's action later tonight. 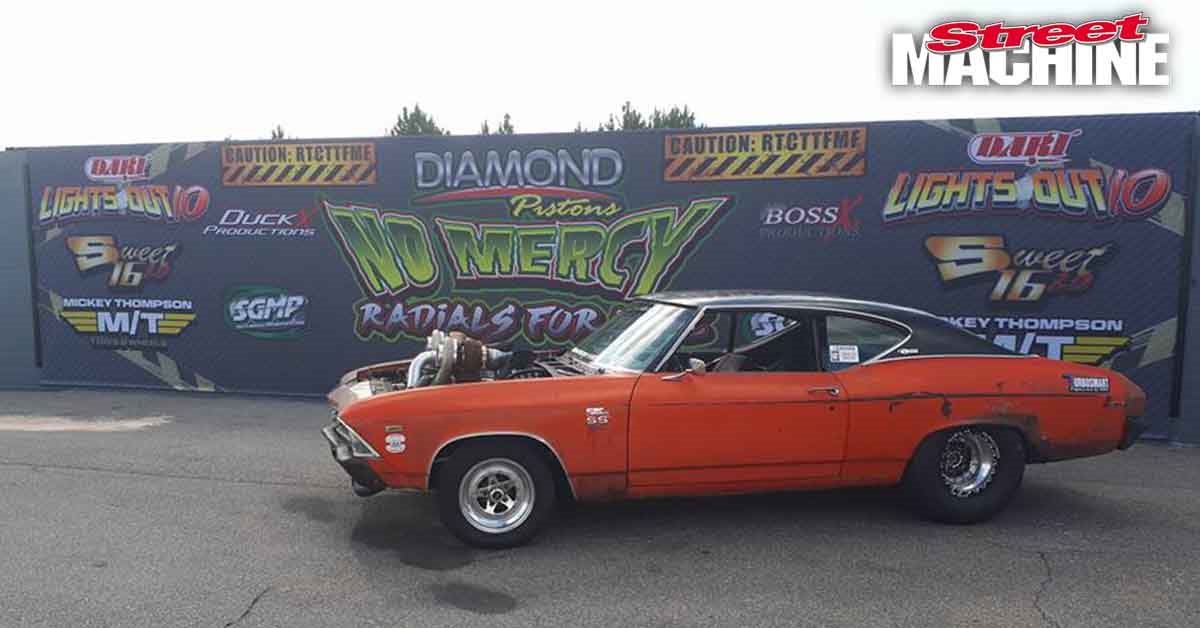