Grudge Kings Sydney promoter Po Tung couldn’t win a trick with the weather last weekend. Originally scheduled for Saturday March 4th, the event was bumped to the following day due to a forecast of consistently heavy showers. It turned out to be the right call, because it rained cats and dogs all day.

Sunday dawned, and although it was overcast, there was zero precipitation. While it’s fair to say the weather and date change may have knocked around attendance, the quality of cars in the pits was right up there.

The lanes opened at 11am but the heavens opened soon thereafter, and racing was suspended while Sydney Dragway staff looked to the weather radar for guidance. The news wasn’t good, and Grudge Kings was called game, set and match at around lunchtime.

The inaugural Grudge Kings Sydney event held in July last year was proof of concept, because it was an absolute cracker that was well attended by racers and spectators alike. We’re sure Po will bounce back, and when it happens, we sincerely hope he catches a break from the weather gods. David Hellyer’s brutally tough all-motor Torana was resplendent on the cover of our October 2016issue. With 632ci and 1300hp worth of Donovan alloy big block under the hood, it put down a 4.96@125mph eighth mile pass straight off the trailer at Grudge Kings. 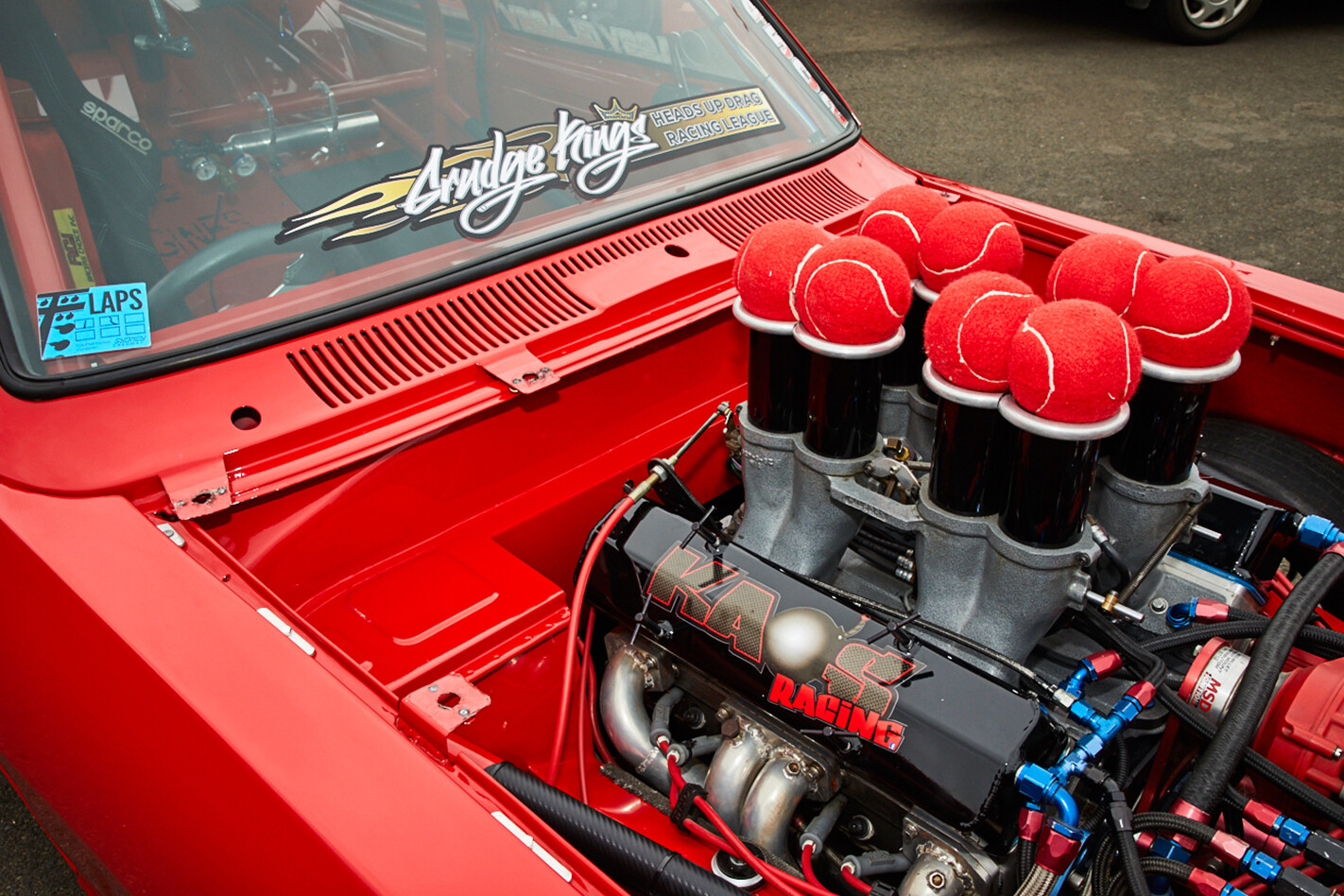 The 434ci aspirated small block in Pete Glass’s LJ Torana in all its glory. To find out more about the car, check out our chat with Pete. 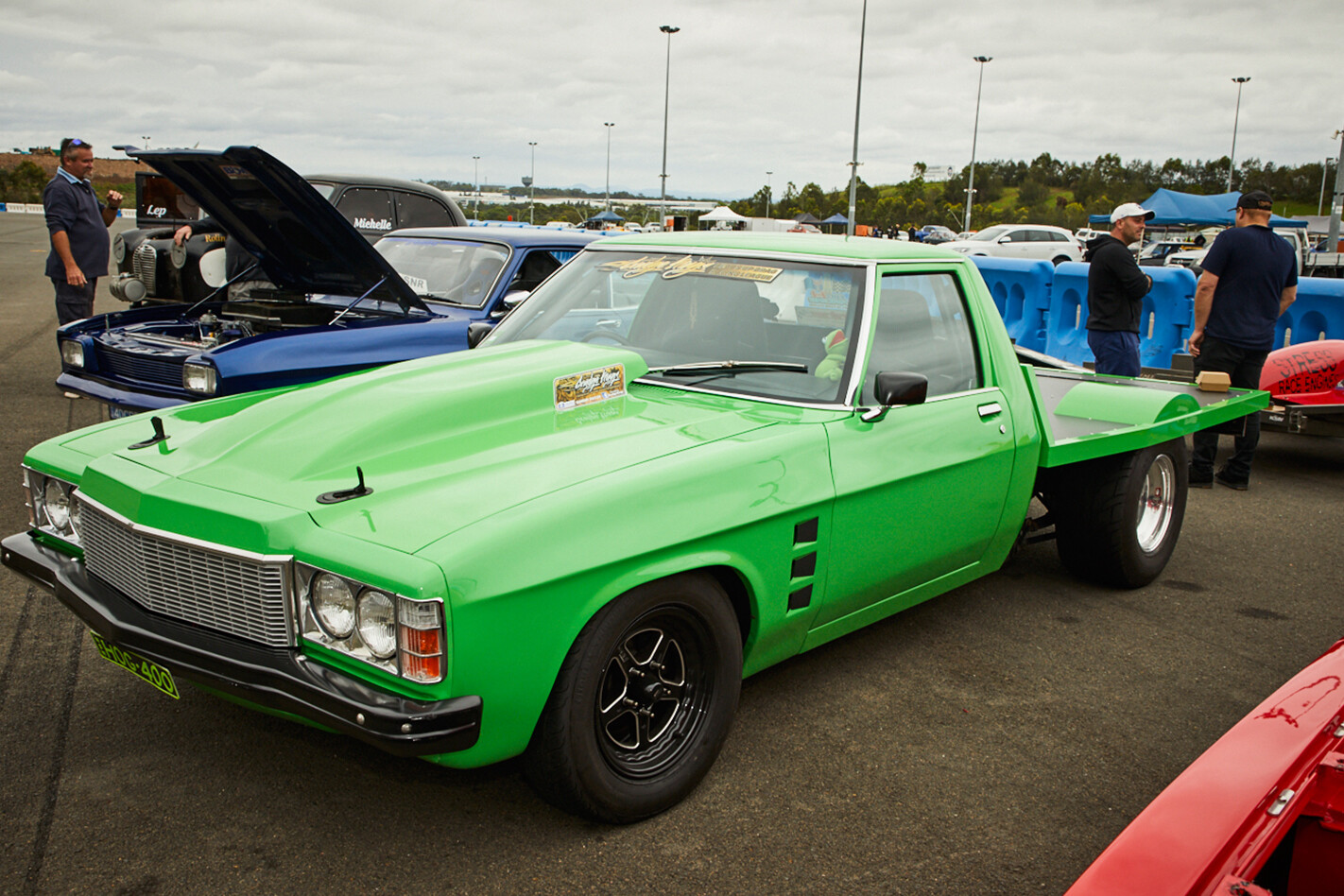 Street Machine Drag Challenge veteran Adam Lynch has returned his bullshit-fast Holden One-Tonner to street specifications so he can rack up some miles, but he turned up to enter the show and shine and support Grudge Kings all the same. 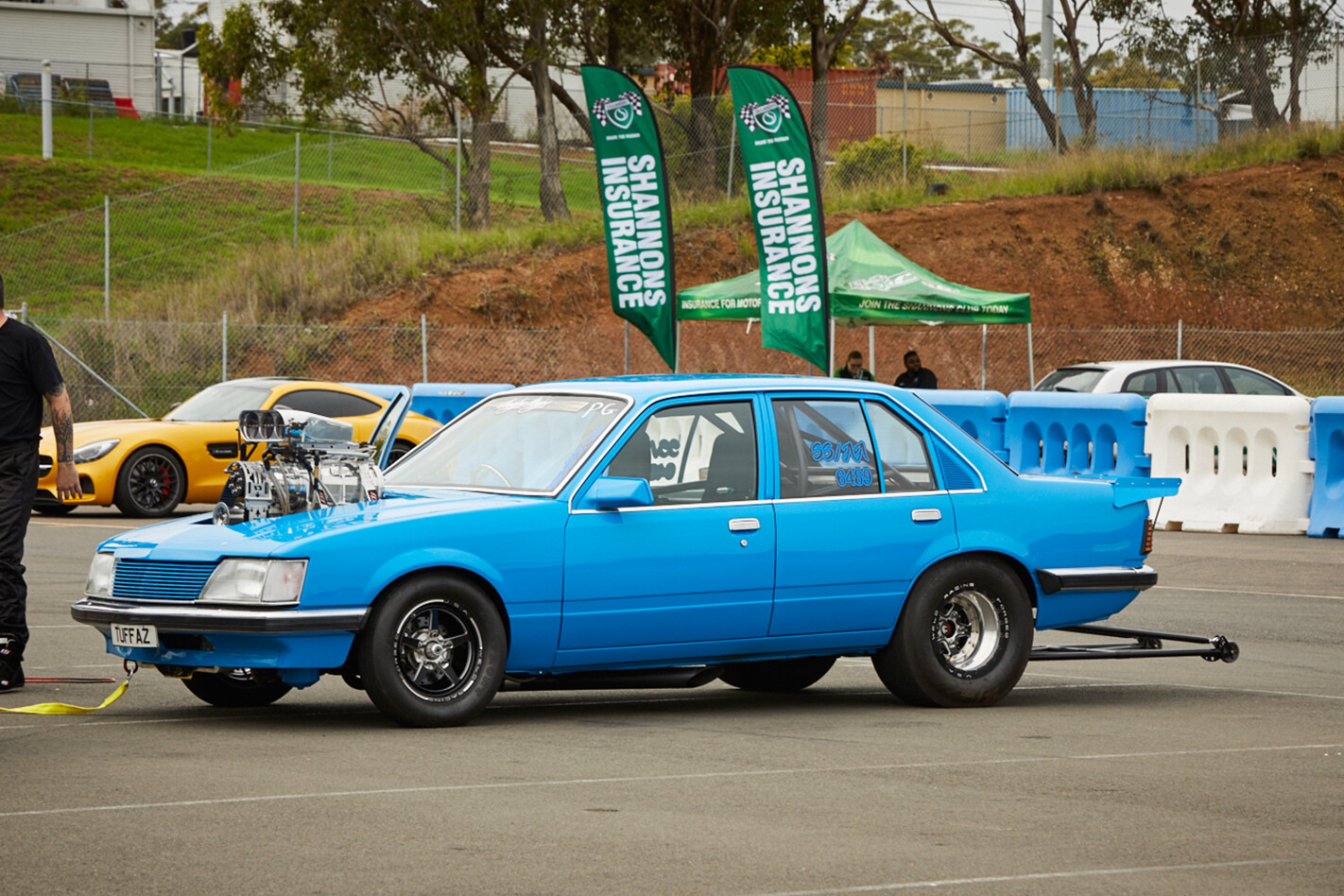 It was awesome to see Chris Barter’s clinically clean VH Commodore out on track at long last, if only for a short and sharp test hit. We love that Chris stuck with the humble Holden V8 on such a high-level build. 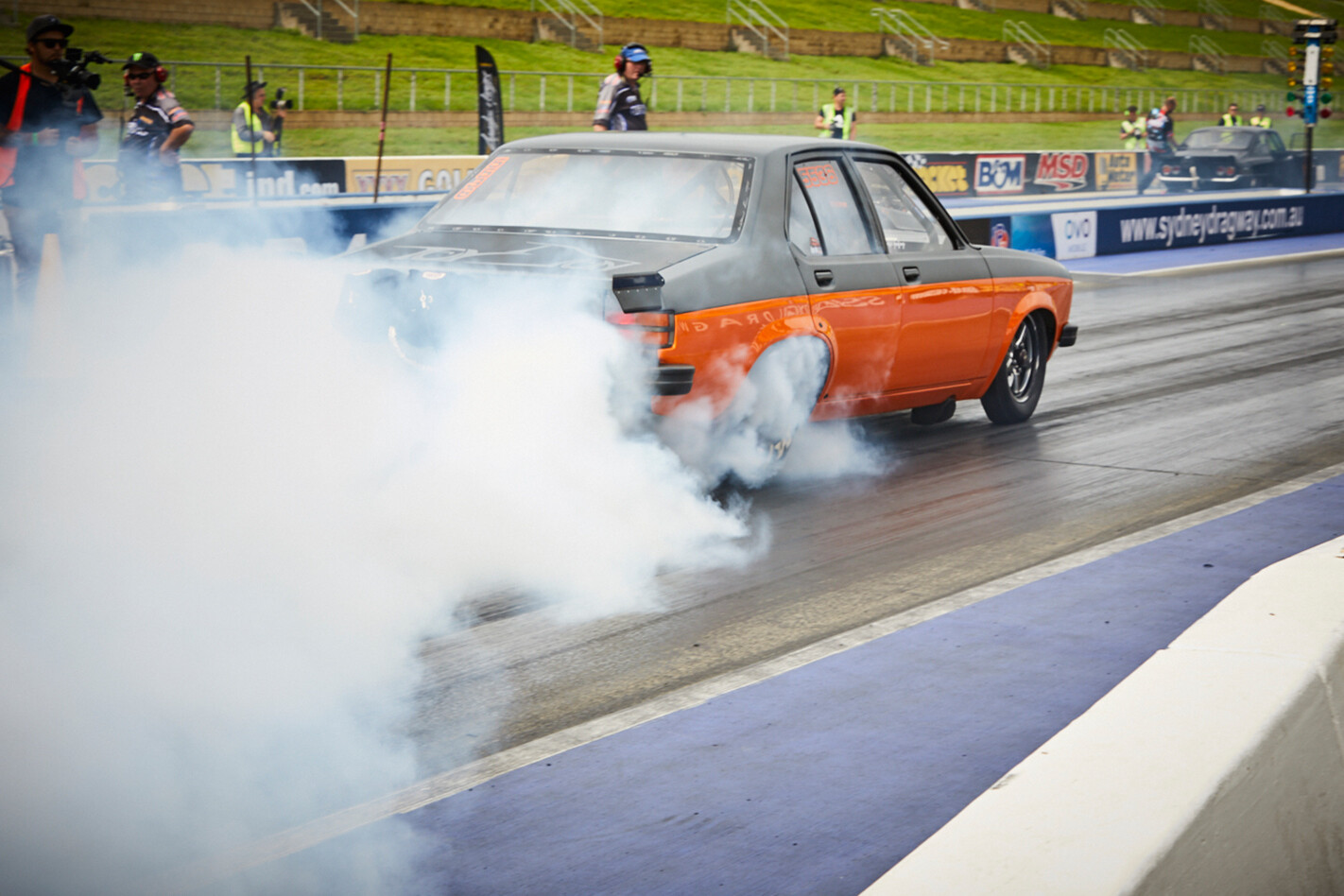 Rob Godfrey’s Torana is an exquisitely built bit of kit. On its first and only hit at Grudge Kings it popped a nice wheelstand and went on to run a 4.90@151mph to the eighth. Tomi Raikko’s twin-turbo Torana was one of a number of cars to back up from Lights Out the weekend before. He had one pass at Grudge Kings and made it count – 4.63@164mph. 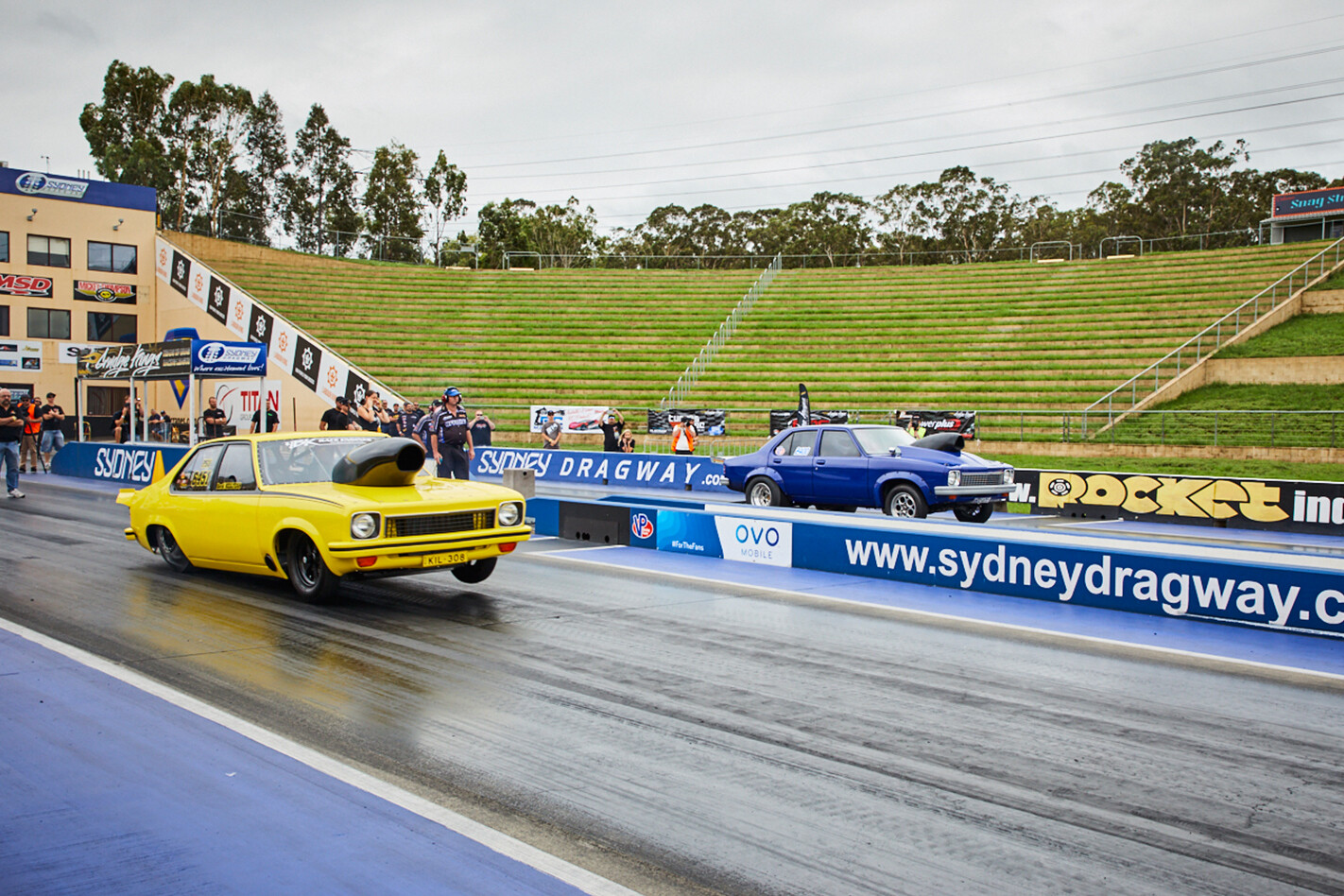 Johnny Habib’s Torana (the blue one) stomped out a 4.98@145mph eighth mile pass. David Hellyer red-lit, but went 4.96. Had they left together it would have been one hell of a drag race! This Mustang went 7.8@176mph over the quarter. 800-plus cubes of fuel injected Sonny’s mountain motor will do that. Pete Hamilton was desperately seeking a nine-second pass at Grudge Kings in his LS-powered VH Vacationer. Unfortunately his one pass before the rain arrived was a 10.03@131mph – narrowly missing the mark. We had a quick chat with him while we waited to see if the weather would clear. 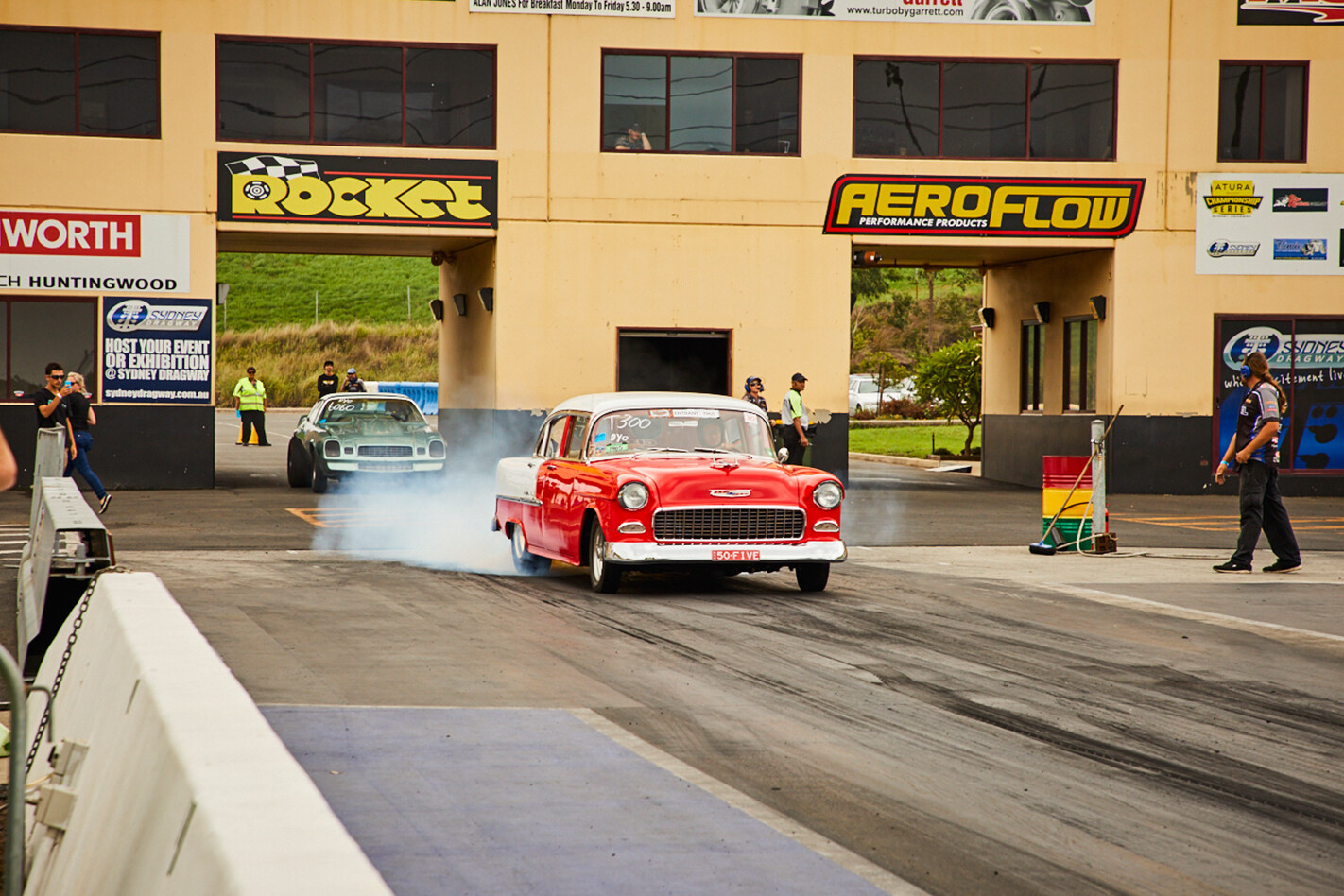 Daniel “Gizmo” Grima cruised his gorgeous ’55 Chevy to the track for the show and shine at Grudge Kings, but got talked into doing some racing instead. The LS1-powered cruiser ran a 12.21@111mph, but has gone as quick as 11.7@116mph before – aircon and all!