STRAIGHT off the back of Hot Rod Drag Week, Harry Haig and the Aussie Chevelle, Steve-o, still hadn’t had enough racing, so they drove to No Mercy at South Georgia Motorsports Park. No Mercy is like the Super Bowl of radial-tyre drag racing, and while the Radial vs the World class is for the big dogs, there are lesser classes for guys like Harry that just want to get amongst it and have a fat time. 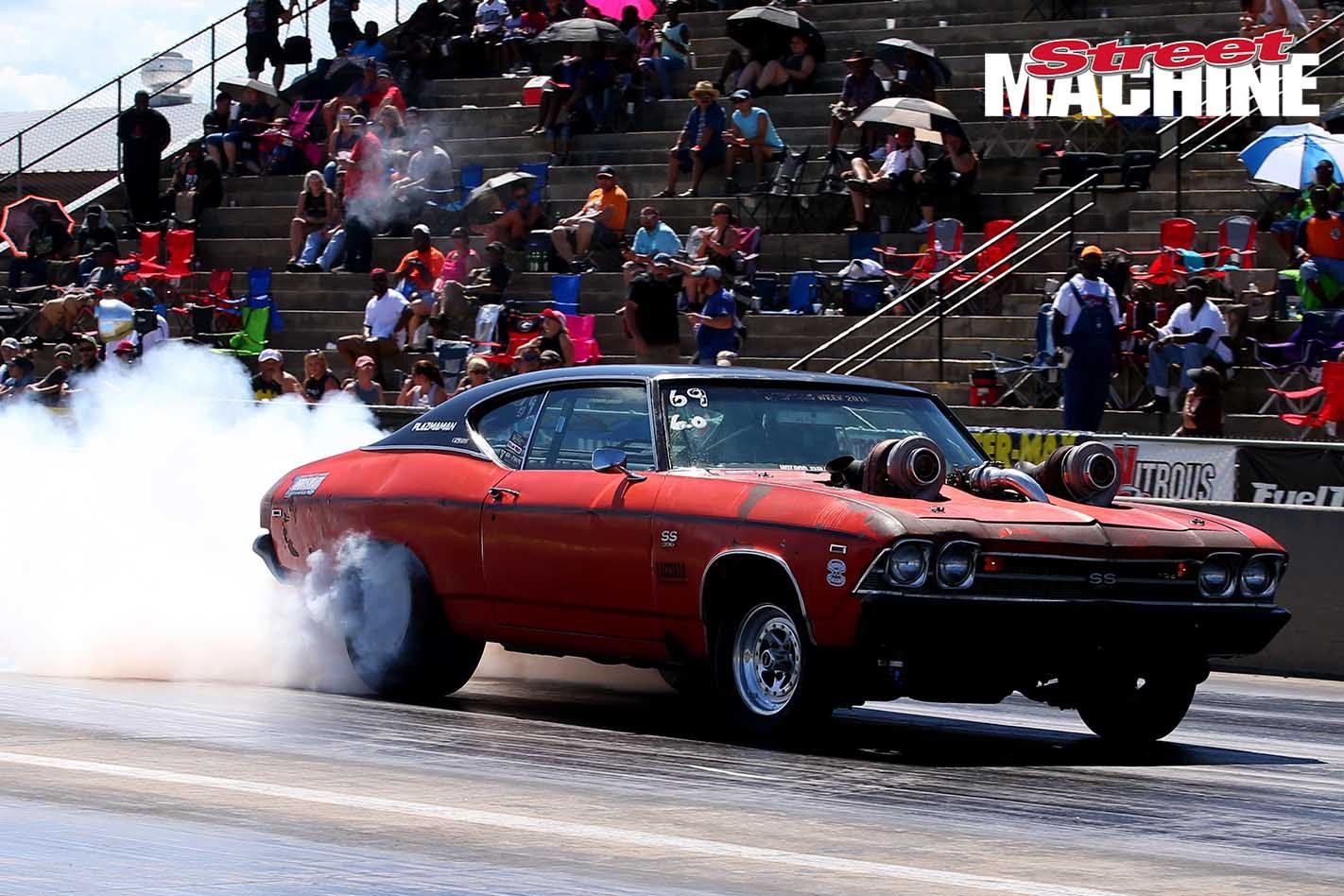 Harry wasn’t the only Aussie in the mix either; we had a crack team including Jeremy ‘Jet’ Martin and Wade Wagstaff in the Radial vs the World elimination series, and Jarrod Wood in the X275 class. Harry was in the 6.0 index class, so he was aiming to be in the bottom sixes across the eighth-mile. This was also Harry’s first crack at competitive drag racing where he actually had to cut a decent tree. “I usually let everyone else go first so I don’t crash my junk into their car,” he laughed. 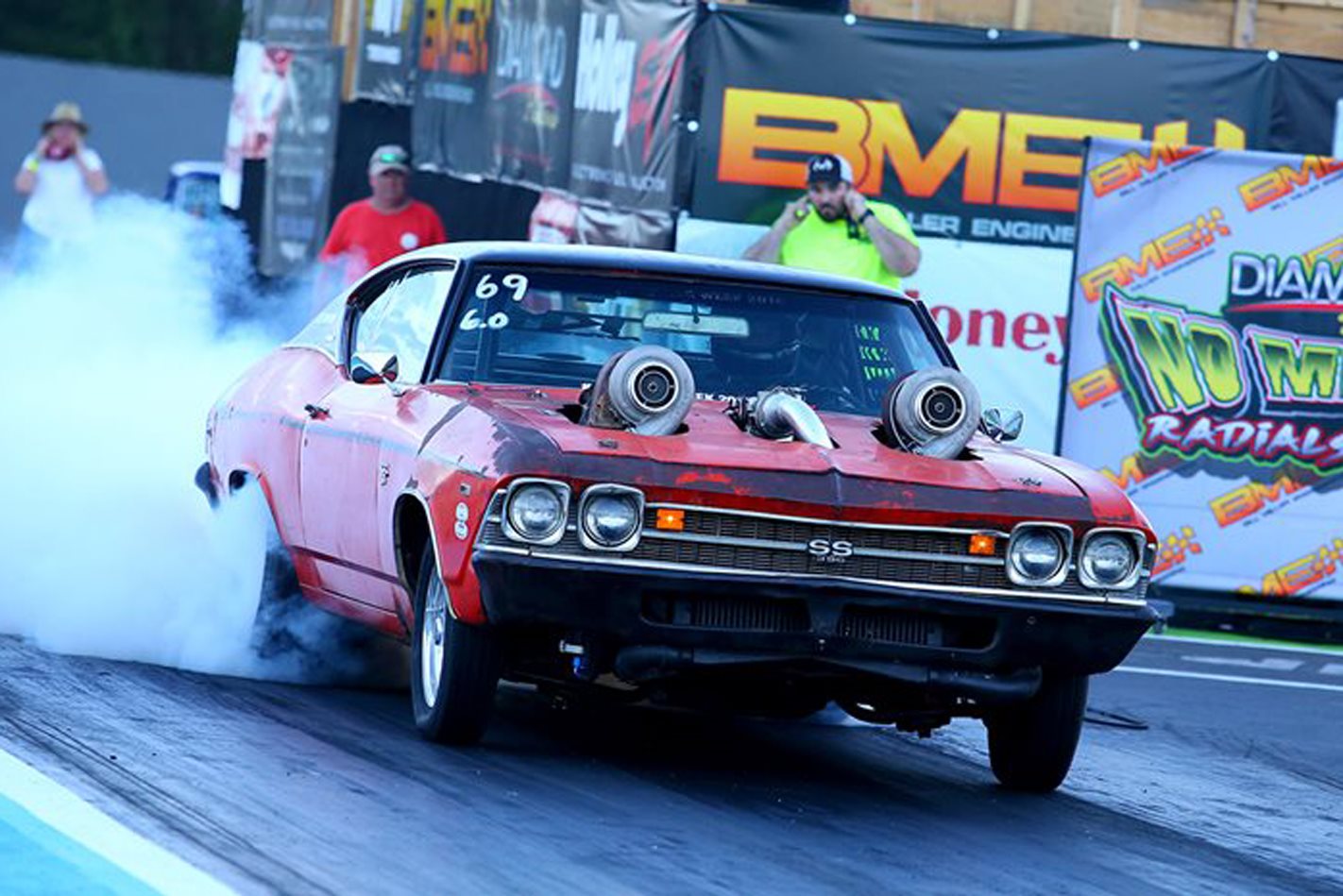 After figuring out the tree and the bump and creep functions, Harry managed to qualify in first place for his class, with a 6.006. He ended up getting knocked out by Lyle Barnett, who holds the world record for the quickest pass on leaf springs in his turbo Dodge Dart. Lyle was racing a turbo Fox-body Mustang for No Mercy and got Harry on the tree, so even though the Chevelle ran the quicker time, Lyle was first to the finish line and took the win.

Now Harry is sticking Steve-o the Chevelle in storage before finishing his holiday across America and returning home. The next event for the international man of mystery is Street Machine Drag Challenge in November, which he’ll compete in with POP666, the twin-turbo big-block HQ sedan that has run 7.40@190mph.