HOLDEN fans congregated at Heathcote Park last weekend to celebrate their favourite Australian-made engines. It didn’t matter if you were into fours, sixes or eights, there was a bit of everything at the track and the organisers couldn’t have asked for a better day, weather wise.

Friday night saw a few entrants testing their combos, but the slippery surface stopped most from running anywhere near their best times. However, when Saturday rolled around there was plenty of traction for all and the fastest rides were deep into the eight-second zone. In fact Andrew Darby’s VK wagon stormed through the traps for an 8.05@179mph with its massive GT55 single-turbo 355ci Holden V8, while Tony Webb was a little further back into the mid-eight-second-zone with his chocolate brown Torana.

At the other end of the scale there was Chris Degering’s Starfire four-powered Vauxhall and Kim Ryan’s 202-powered Kingswood – both which were in the mid-20 second zone. In between there were an amazing array of turbo and supercharged sixes, and Holden V8’s of various capacities. The classes were split up into Naturally Aspirated Holden and Blown Holden, along with an Outlaw Class for those who were driving LS and Chev-powered vehicles. All brackets were run in a Chicago Shootout Dial-Your-Own format that made sure everyone got plenty of runs. The top four point scorers from each class when into elimination finals.

In the Naturally Aspirated class Matt Kernke and his immaculate silver Monaro defeated Andrew Dyson and his black work truck One Tonner – both were running low elevens all day. In the Blown class there may have been fewer entrants, but what they lacked in numbers they more than made up for in speed. In the end though, it would be Owen Mitchell’s VL Commodore taking the win against a red-lighting Tony Webb in the LJ Torana. The Outlaw Class saw Cameron Jones’s HT Holden scoring the win against Ben Treifall’s UC Torana sedan.

The quickest naturally aspirated trophy went to Jason Bjorksten’s LC Torana – he ran 9.1@150mph, while Andrew Darby and his VK wagon were quickest Blown and overall with an 8.05@179mph. Look for a full wrap up in the July issue of Street Machine. 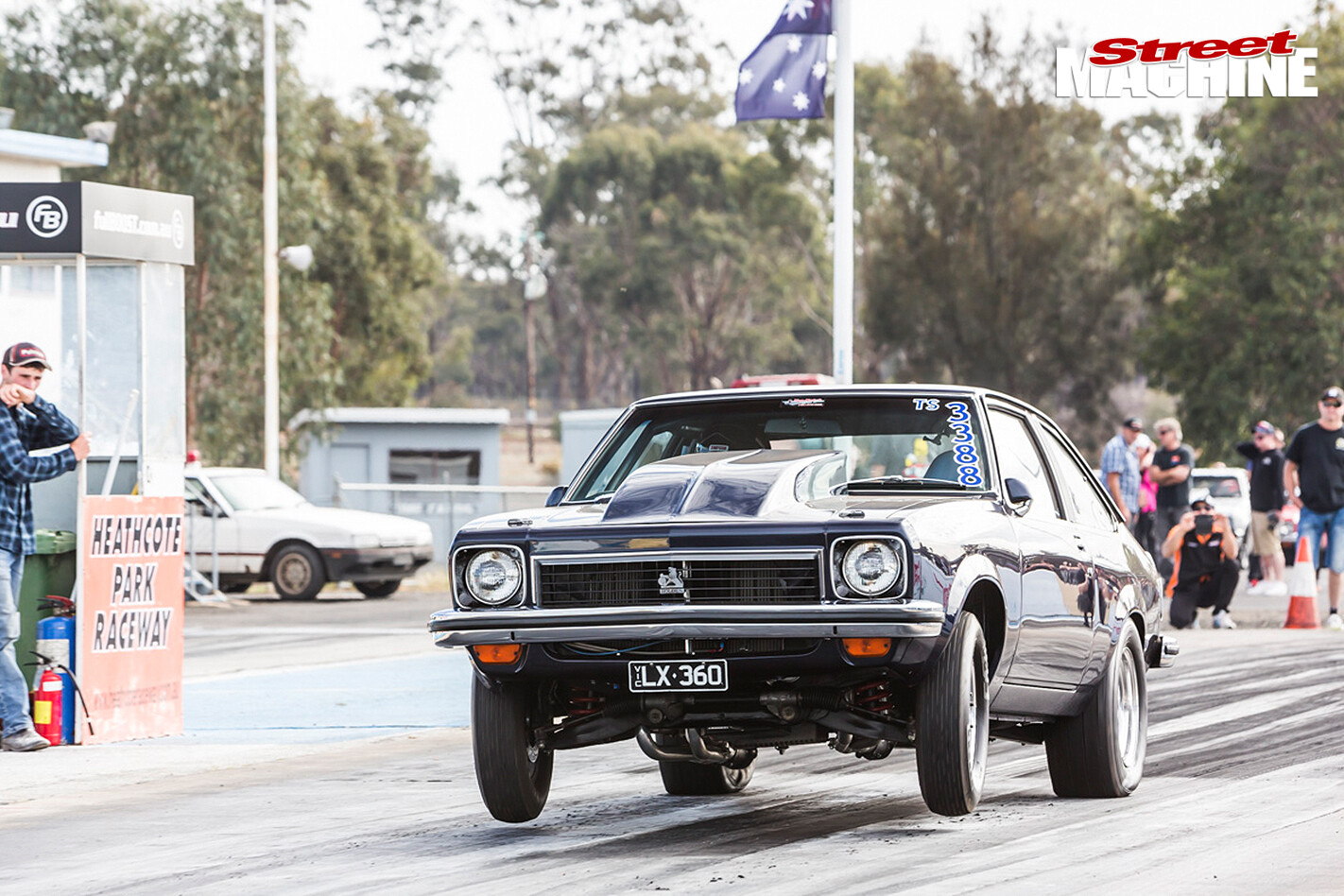 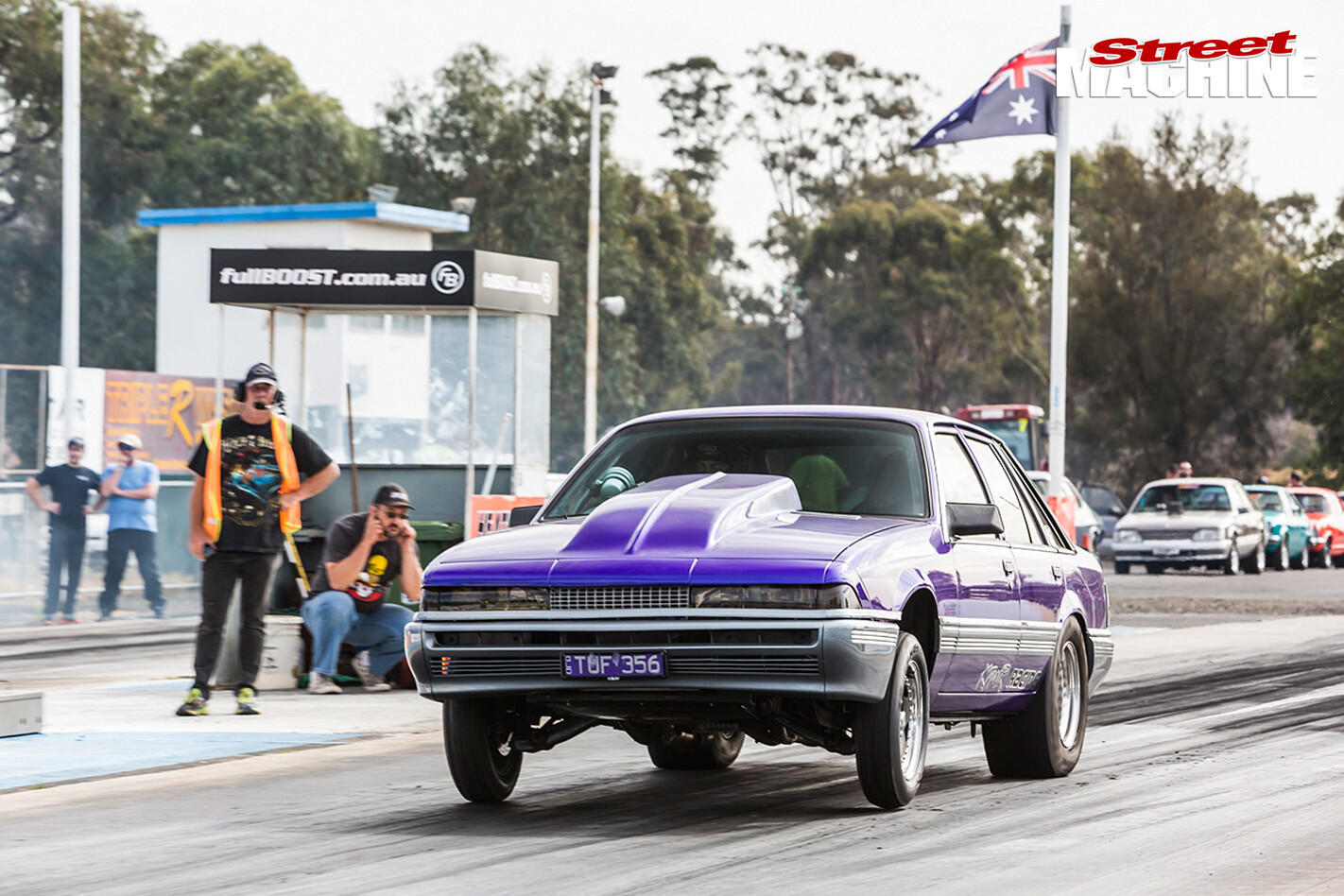 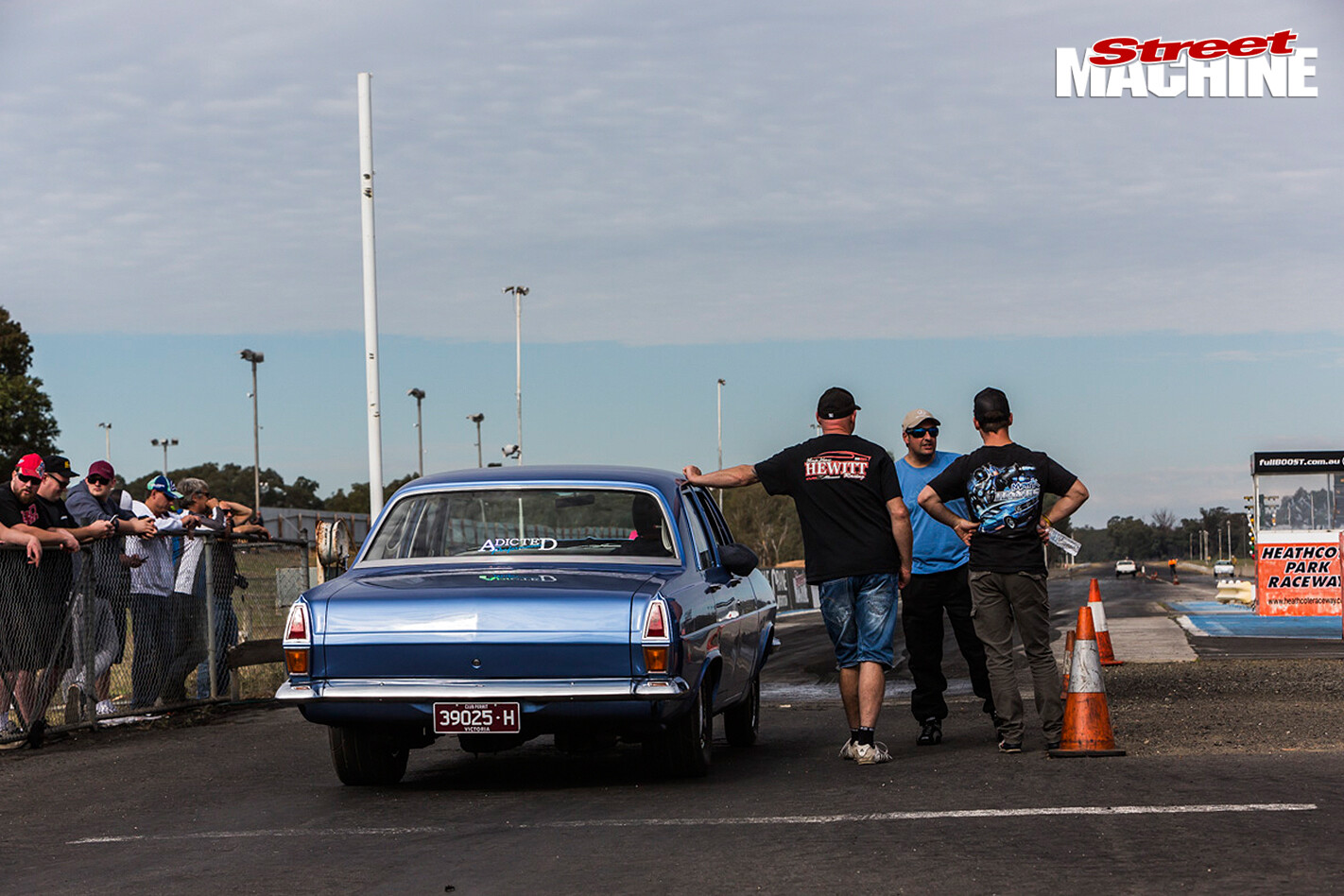 The weather was awesome all day at Heathcote Raceway 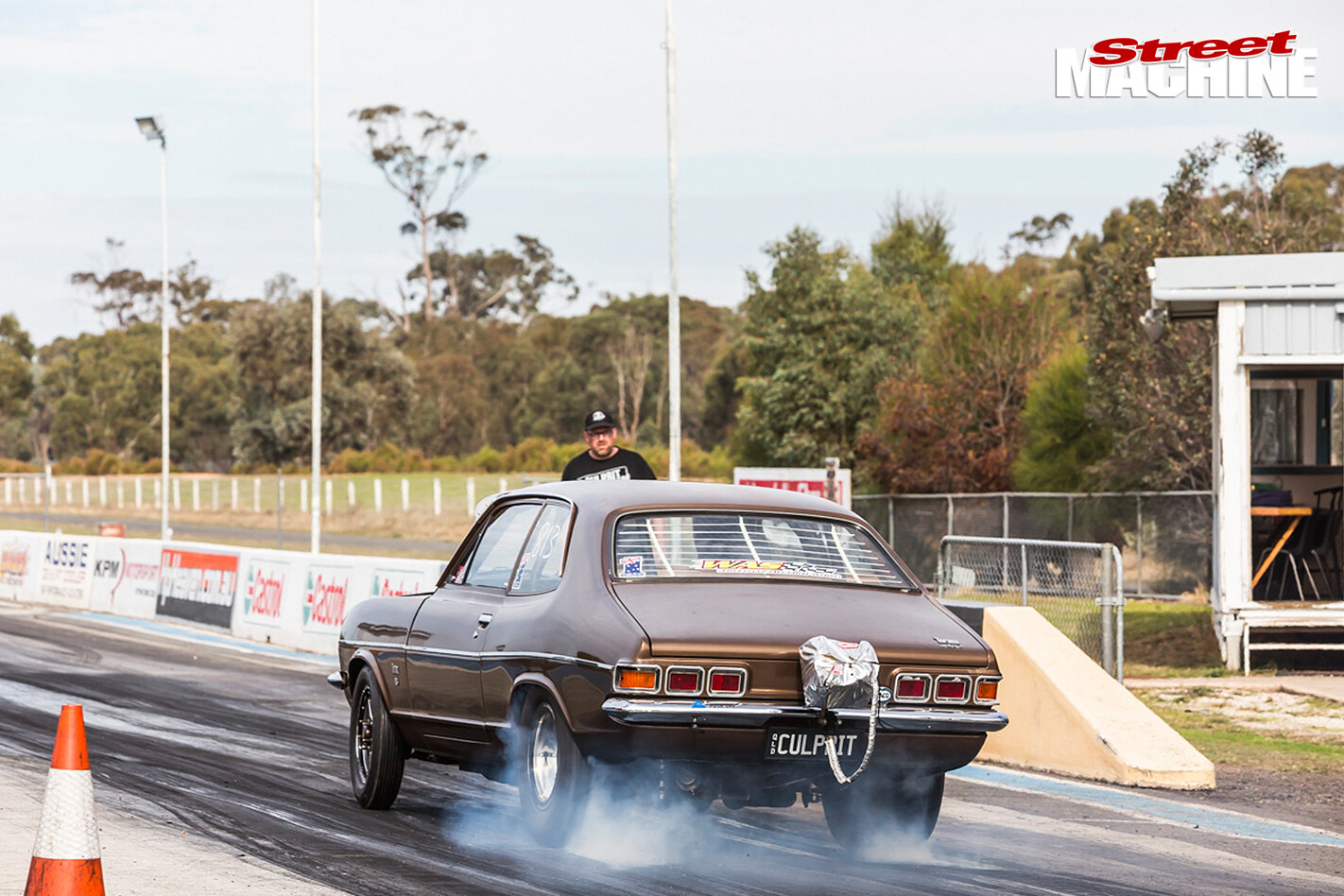 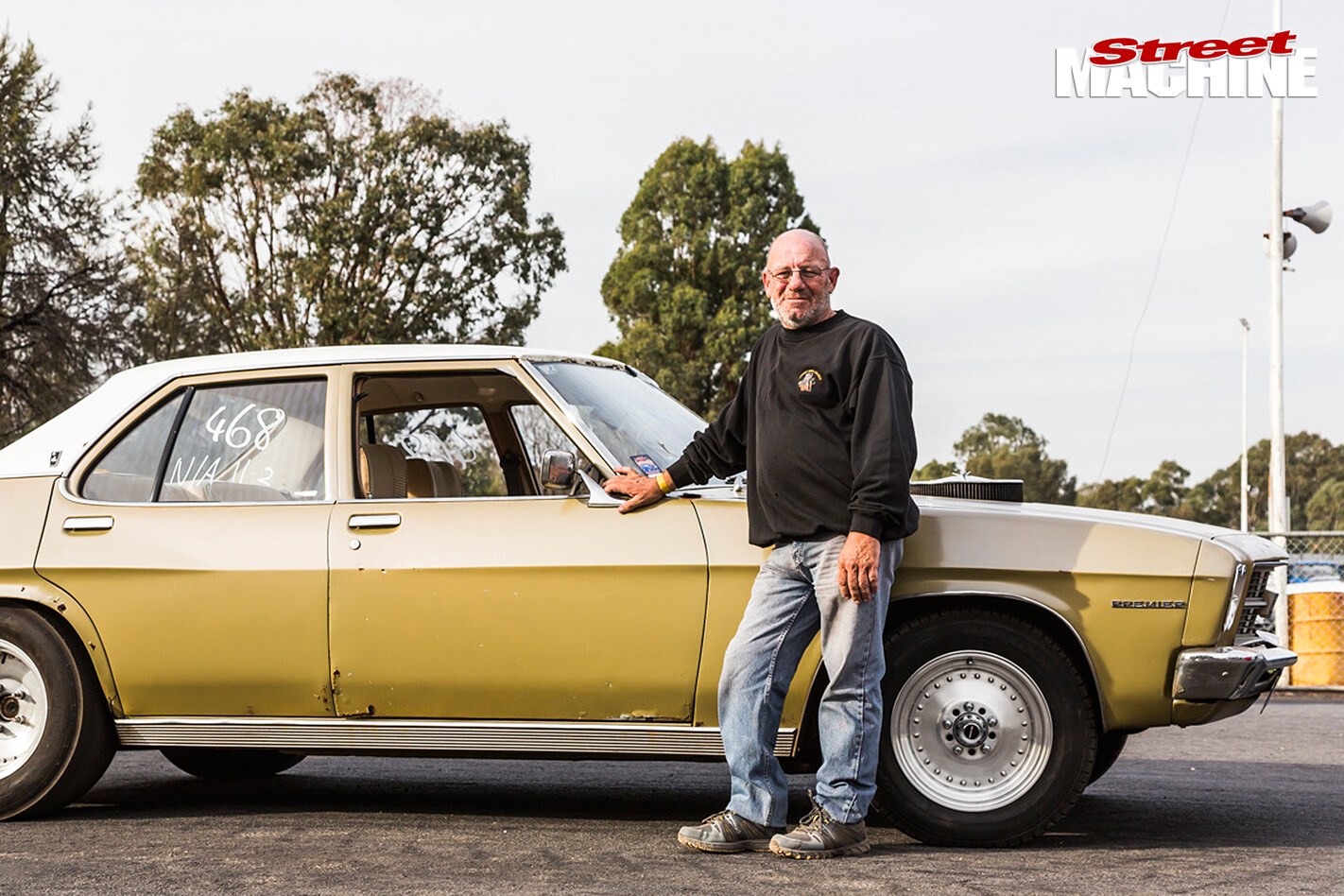 Would you believe that this rusty HQ Premier was running low-elevens all weekend? 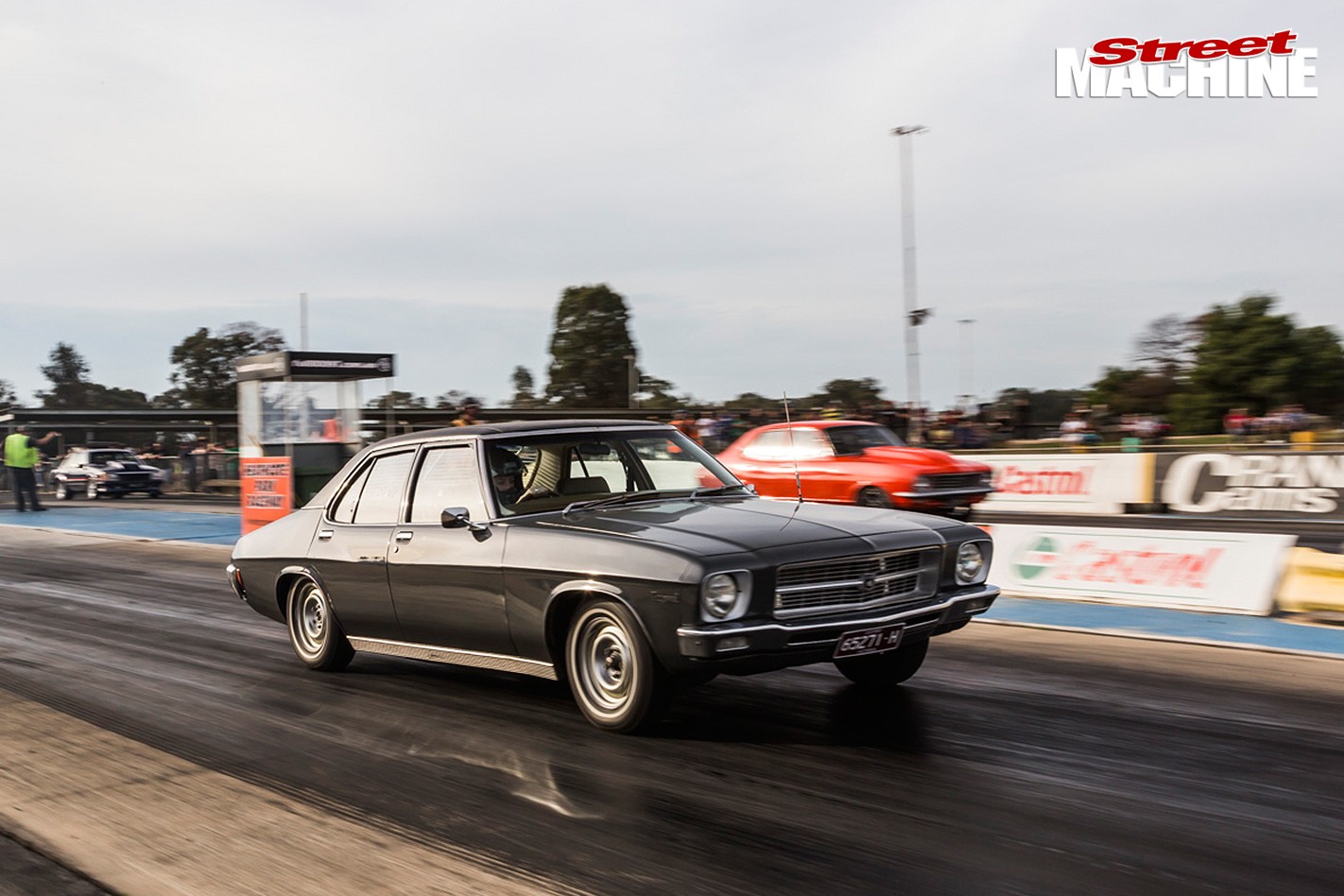 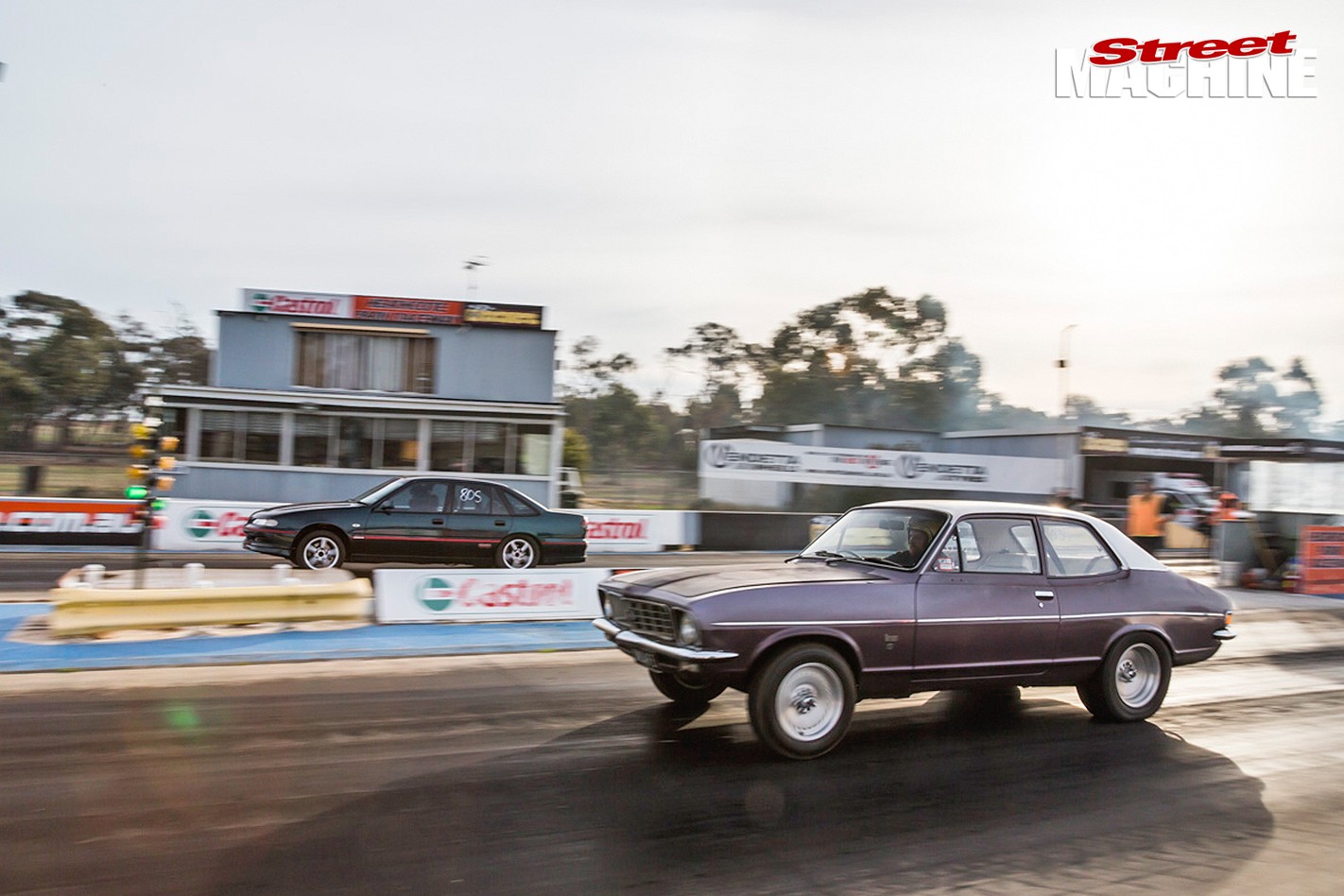 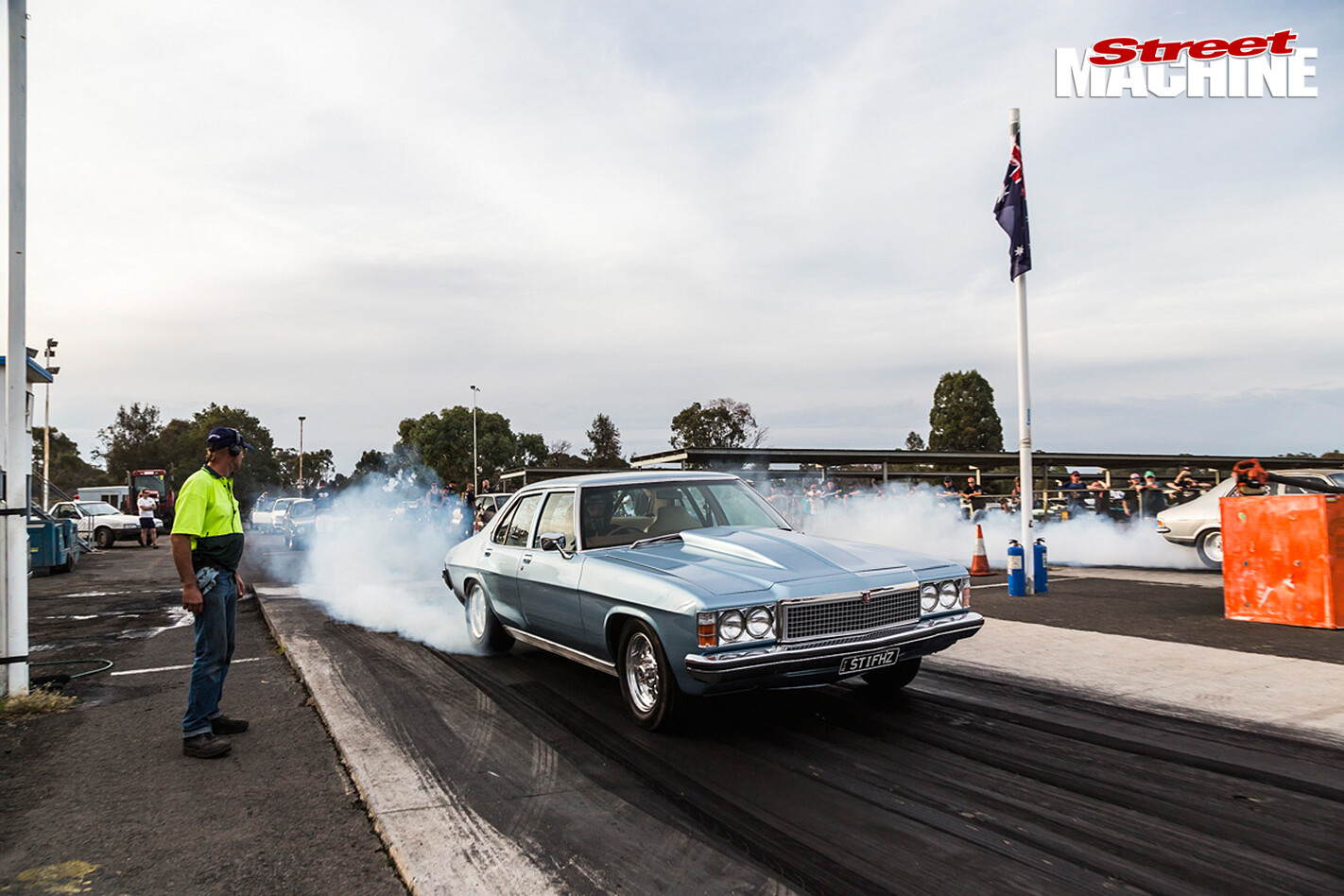 Andrew Darby was quickest of the day with his turbo VK Commodore wagon – 8.05 at 179mph