Jeremy 'Jet' Martin did Australia proud on the final day of No Mercy 9 at South Georgia Motorsports Park.

MARTIN'S Holden VB Commodore won the hearts and minds of the No Mercy audience after defeating world record holder Mark Micke in the second round of eliminations.

But in this game, the field, is full of tough racers and Martin drew another one in the third round. Alex Laughlin, an NHRA Pro Stock driver, also gets into the radial game and his Speed Society Corvette is one of the toughest blown cars in the field.

Martin had consistency on his side once again and threw everything he had at the Proline-powered Commodore, pumping out an epic 3.90/204mph personal best, but it wasn't quiet enough to take Laughlin's 3.78 – an amazing time slip given the hot conditions.

Though disappointed with the loss, Martin had plenty to be proud of, reaching the final eight in the toughest radial field in the world.

Read next: The Aussies of No Mercy - day three 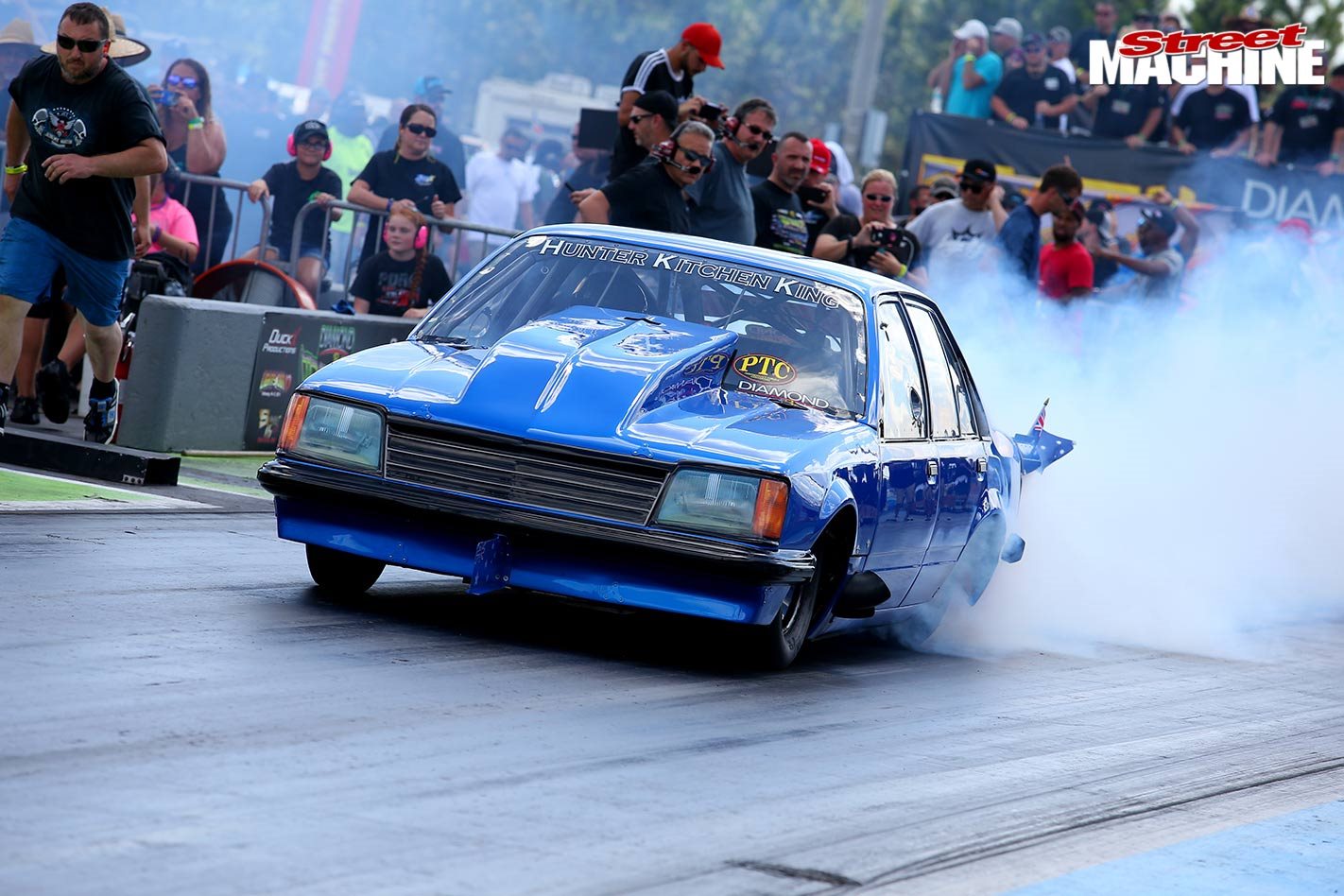 “We had some fast cars, a tough slog,” he said. “It was the weather that hurt us, because it knocked all our qualifying runs out. We should have been qualifying with that hit there.

“But we have done ourselves proud and we are glad to be here. I hate losing but that's the way it is. It was a PB, we have chipped away at it every pass. Josh Ledford (tuner) has been doing amazing as always. We had really good speed on that one, we keep finding little things and keep changing and it is going faster.

“If we had another ten hits - I think the car has only got seven or eight radial hits on it - who knows where it would be. Proline, Fueltech and Hunter Kitchen King got us here. You surround yourself with the best people and good people who want you to succeed and this is what can happen.”

Martin's Commodore is due to head home soon, but he has sure developed a taste for the amazing radial tyre scene in the USA and wouldn't mind checking out Lights Out, the sister race to No Mercy.

“I never thought I would be here, so I can't really say I will never be at Lights Out. We'll see what's on the cards. Who knows, it could be there...”

Watch next: Lights Out 2018 highlights, Sydney

The only other Australian in action by the final day was Harry Haig in the Chevelle, taking on the 6.0 Index class. After earning top qualifier honours, Haig got a solo in the first round. With the Terry Seng-tune up adjusted slightly for the second round, Haig was close to the money again with a 6.05 run but fell just short after getting holeshot by gun racer Lyle Barnett (better known as the driver of the world's quickest leaf spring car).

With the strongest showing yet of Australians at No Mercy, eyes now turn to Lights Out in February. Wade Wagstaff plans on returning to South Georgia with his 57 Chev and there are rumours of another three racers also already making plans to attend.