THIS was the first meet at Benaraby Raceway this year that hasn’t been rained out, and while there were a couple of showers on the day, it didn’t stop racing or the punters from getting their backsides trackside.

The Kenda Tires radial boys put on an epic display of blistering eighth-mile times and wheelstands on their first ever time to the central Queensland track. Scott and Justin were rapt with the meet and the efforts of local track staff, and hope to bring the series back next year.

Make sure you mark 7 July on your calendars for round three of the series at Willowbank Raceway. 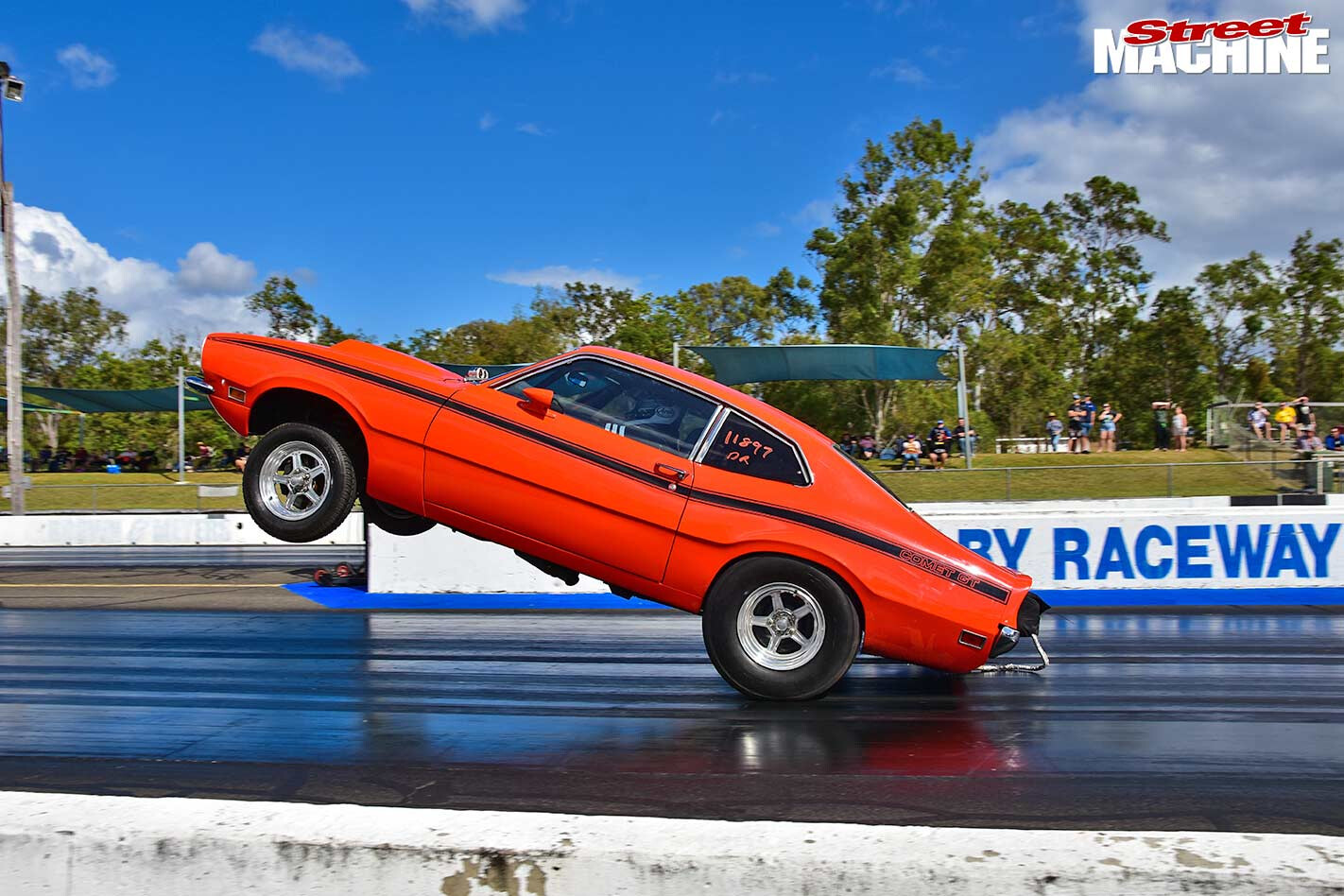 Sean Richardson also hoisted the front wheels in his tough, naturally aspirated Holden-powered HG Ute, and was getting it done on a 235 tyre! He ran a best of 5.847 in qualifying. It was refreshing to see a few turbo six-pots in the mix over the day, one being Rohan Brown’s screaming 2JZ-powered Torana. The car was on song and showed the crowd that you don’t always need a V8 to go fast - namely 5.719-seconds. The event wasn’t all about the Kenda competitors. Shane Stefaniuk is a regular at Benaraby Raceway and reeled off a string of wheelstanding passes in his aspirated Cleveland-powered Cortina, scoring himself runner up in the Super Comp bracket. Racers were stoked with the grip levels over the weekend, with local racer Earl McCallum taking advantage of the sticky blacktop in netting a new PB of 10.2 in his neat HK Premier, complete with venetian blinds.

One of the most unique cars in attendance was the 1927 T Bucket of Rodney Williams, powered by a supercharged Ford inline six. He ended up achieving a new eighth-mile PB with a 6.3-second pass, as well as a 10.2 over the quarter. The Kenda 660 Kombat class saw James Horan's Hilux take the win with a blistering 4.68-second pass. The twin-turbo BBC-powered monster recently netted a massive 2807hp on the Quick Bitz hub dyno, so it’s no surprise that it runs the numbers! 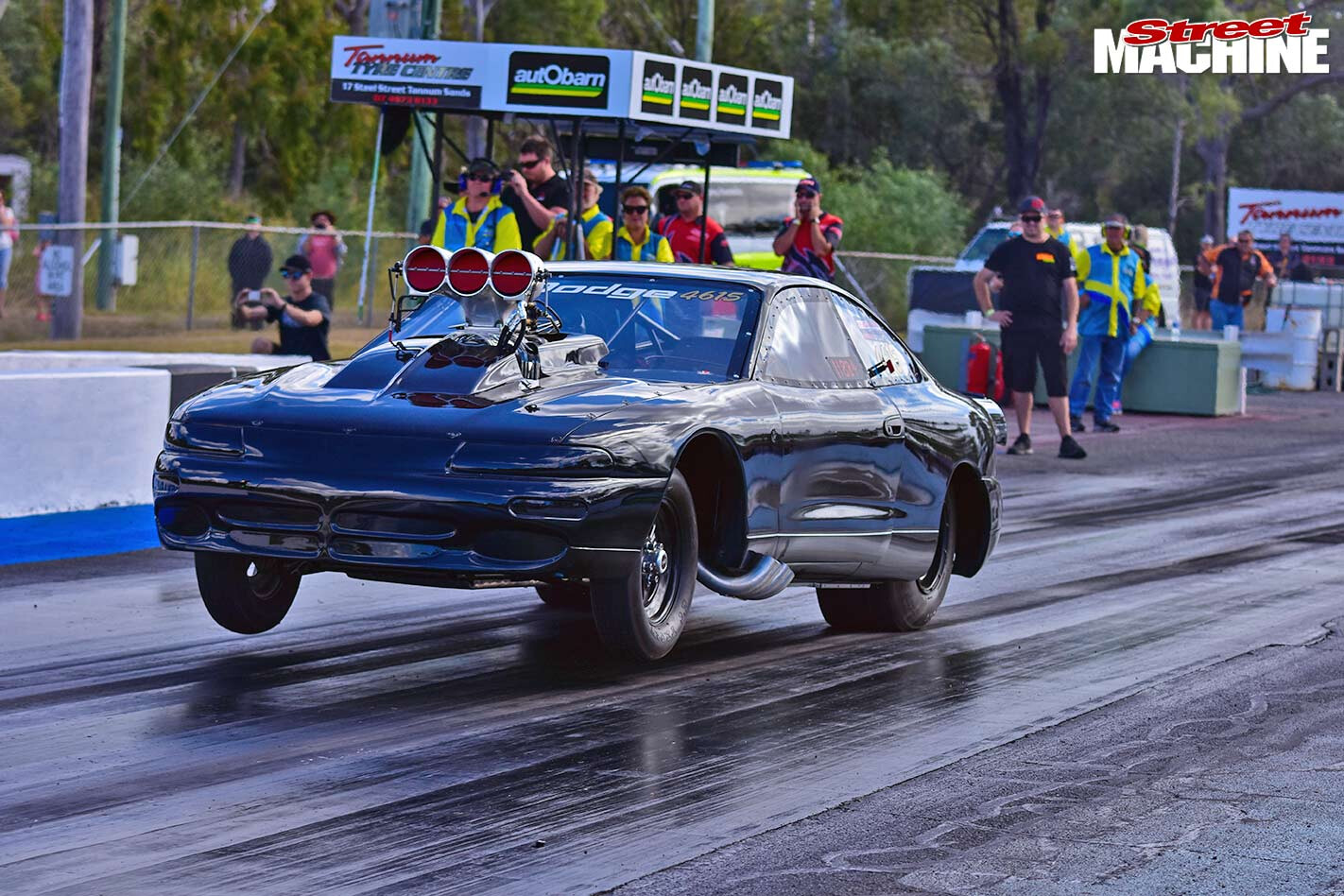 Leigh Darke’s fearsome-looking blown BBC-powered Dodge Avenger ran a 5.20 in the final of the Kenda 660 Kombat class, getting pipped by James Horan’s ‘Lux. The 660 Radial Warz bracket was claimed by the twin-turbo small-block Bluebird of Matt McCarthy who laid down a winning 5.02 to outrun Scott Cortina’s Prem. Scott Cortina’s awesome nitrous-fed BBC HG Premier may have got outrun in the final of the 660 Radial Warz class, but it ran a stonking 4.91-second pass at Willowbank couple of weeks later to become the fastest car on 235 radials in Oz