KING Of The Hill is Calder Park Dragway’s eighth-mile, heads-up, pro-tree race day, and this year it fell on Australia Day! What better way to spend the Saturday afternoon and evening than sending it at the drag strip? We had Turbo Taxi out for a blat, along with some familiar faces including Drag Challenge 2018 winner Frank Marchese, Drag Challenge 2016 winner Bubba Medlyn, multiple DC Radial Aspirated champion Alon Vella, and many more! There were three classes: Dial Your Own, running the full quarter-mile; Radial, running eighth-mile in street cars that had to be driven to the track under their own steam; and an eighth-mile Comp class for all dedicated race cars. Competitors had one test pass without any times, before the proper competition for the cash kicked off at 5:30pm. The rules were simple: You lose, you’re out, and after three rounds there would be just two racers left. 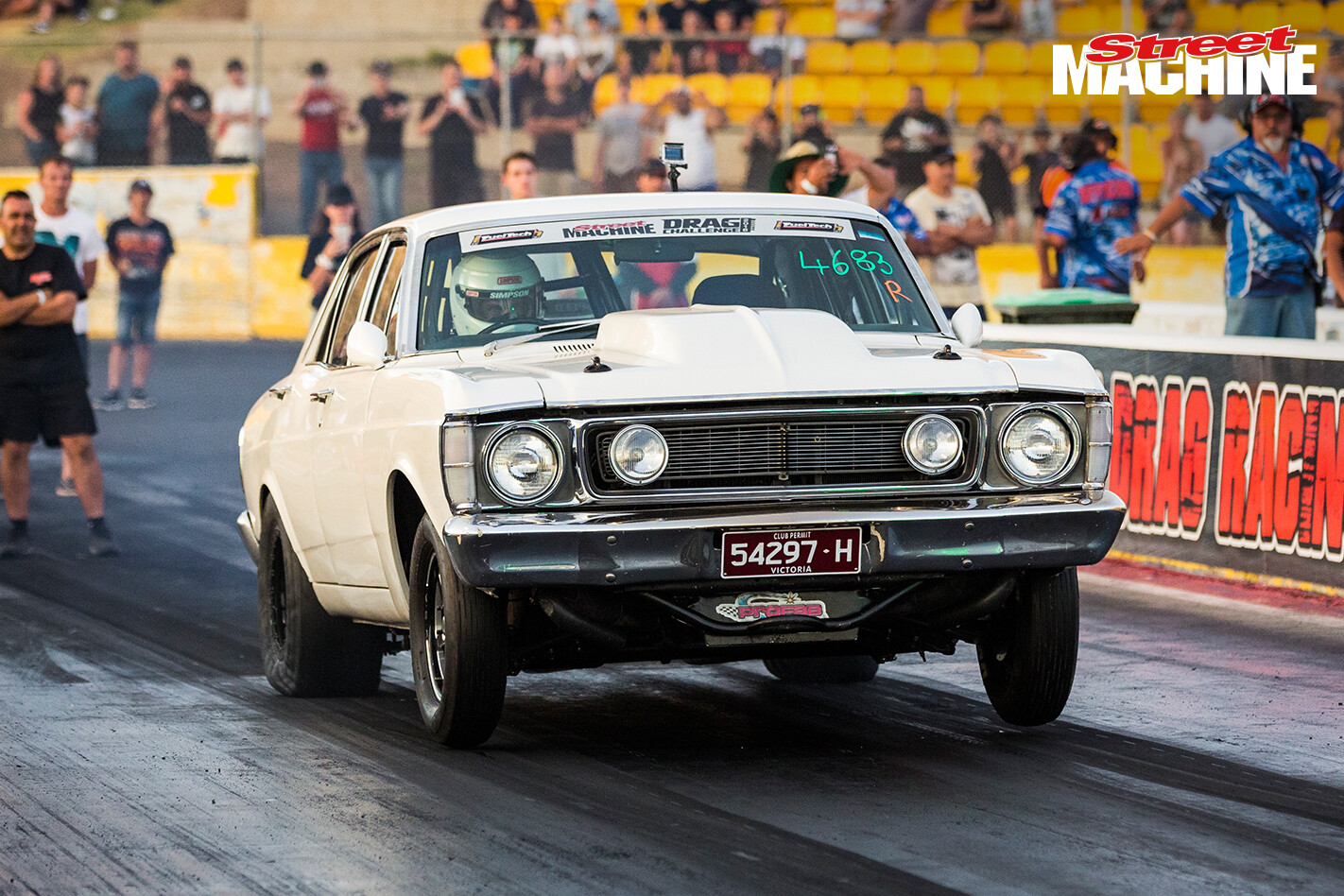 In the Radial class, it came down to Frank Marchese in the insane low-seven-second twin-turbo XW Fairmont and Danko Knezevic in his Capri, which has gone 7.80. Danko was definitely the underdog going into the race, but had been laying down consistent low five-second eighth-mile times all night.

In round one he managed to beat Rodney Browitt in his NOCOIN HQ ute after Rodney got confused between his bump and transbrake buttons and red-lit. Danko ran a 5.2@145mph. In round two Danko drew a bye but still sent it for a 5.11@147mph, with a little wheelspin through to half-track. In round three, he beat Alon Vella in his mega-aspirated Capri. 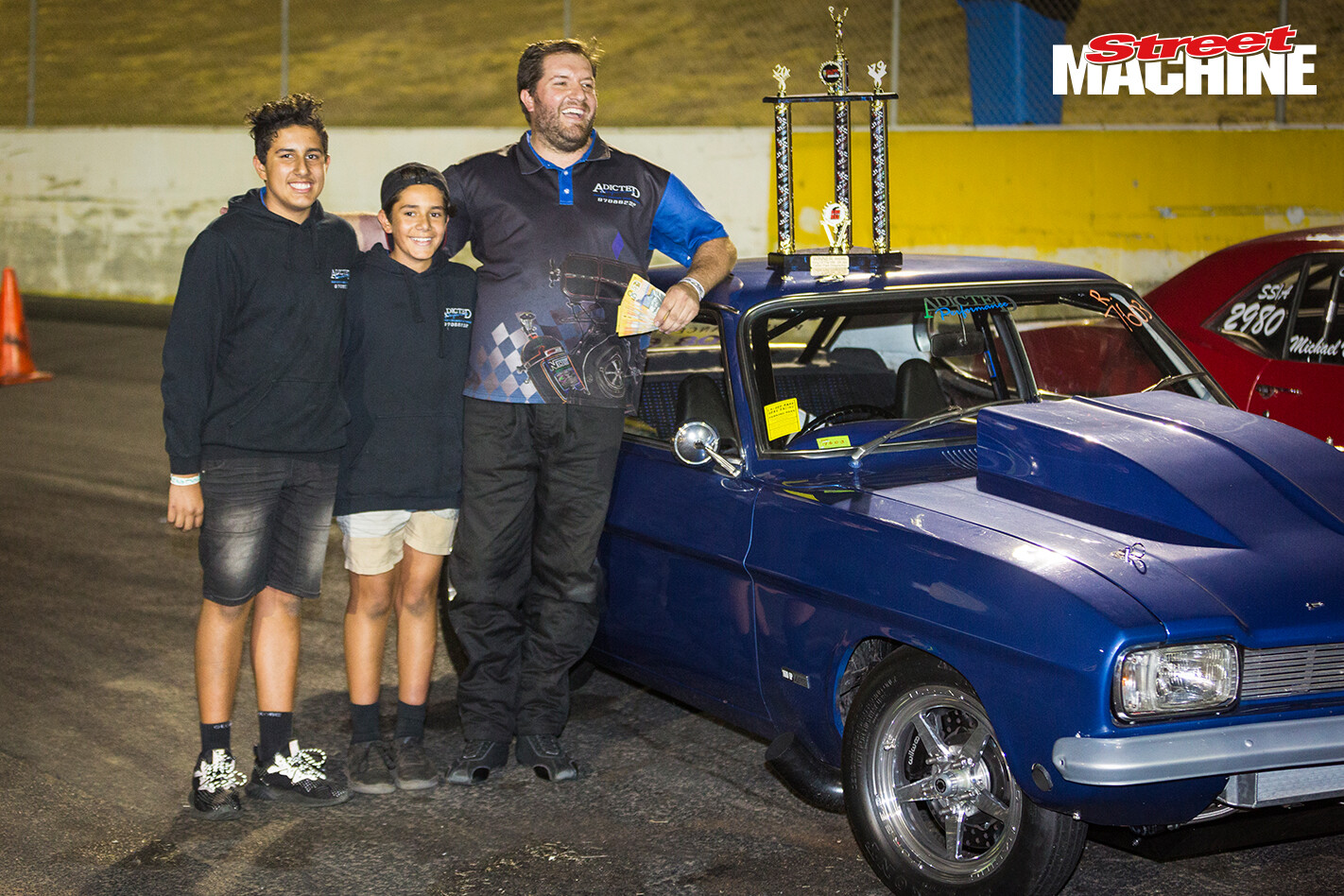 And the final against Frank? Boy, was it a close race! Danko managed to leave a little cleaner than Frank, but then broke into wheelspin and pedalled the rest of the way down the track. Fortunately for him, Frank was in the same boat, so Danko clenched the win and the $5000 prize money!

“It was really cool to make it to the final against Frank; that’s such an awesome car,” Danko said. “My three boys were helping me out all day with getting the car ready. It was such a close race; we were both just pedalling the whole way down the track.” In the end, there was just 0.035sec separating the two. “Thanks to Calder Park for the $5K, because they said they would only pay the money if they got 20 competitors in the class, and they didn’t in the end, so props for that,” Danko said.

As for the other classes, Jason Keily took out the Comp class in his blown and injected ’34 coupe, and Michael Vlasakakis won DYO with his ’67 Camaro race car.