THE Six Banger Nats at Warwick Dragway has long been one of our favourite events on the calendar. Until recently, the event has clashed with Red CentreNATS, which has prevented us attending in force.

This year, I was hoping to bring the Carnage MX5.7 back from Alice Springs, take a couple of days off and then head out again to make the Six Bangers. I actually had a small handful of potential candidates to race, but they all fell by the wayside. Firstly, my EJ was totalled on the way to Mud Run. Turbo Taxi was my second choice, but it is still awaiting its engine transplant after going bang at Calder. That left my newly-acquired HZ one-tonner, but that is off the road with a suspension upgrade.

So I stayed home. Luckily, our mate Rick Welch was on hand to cover the action. Next time for sure! Each year, Norm Stewart fires up the PANIC altered campaigned by his late, great dad Mark Stewart. Mark was a legend of the Holden six, the founder of the Six Banger Nats and one of nature's top blokes. 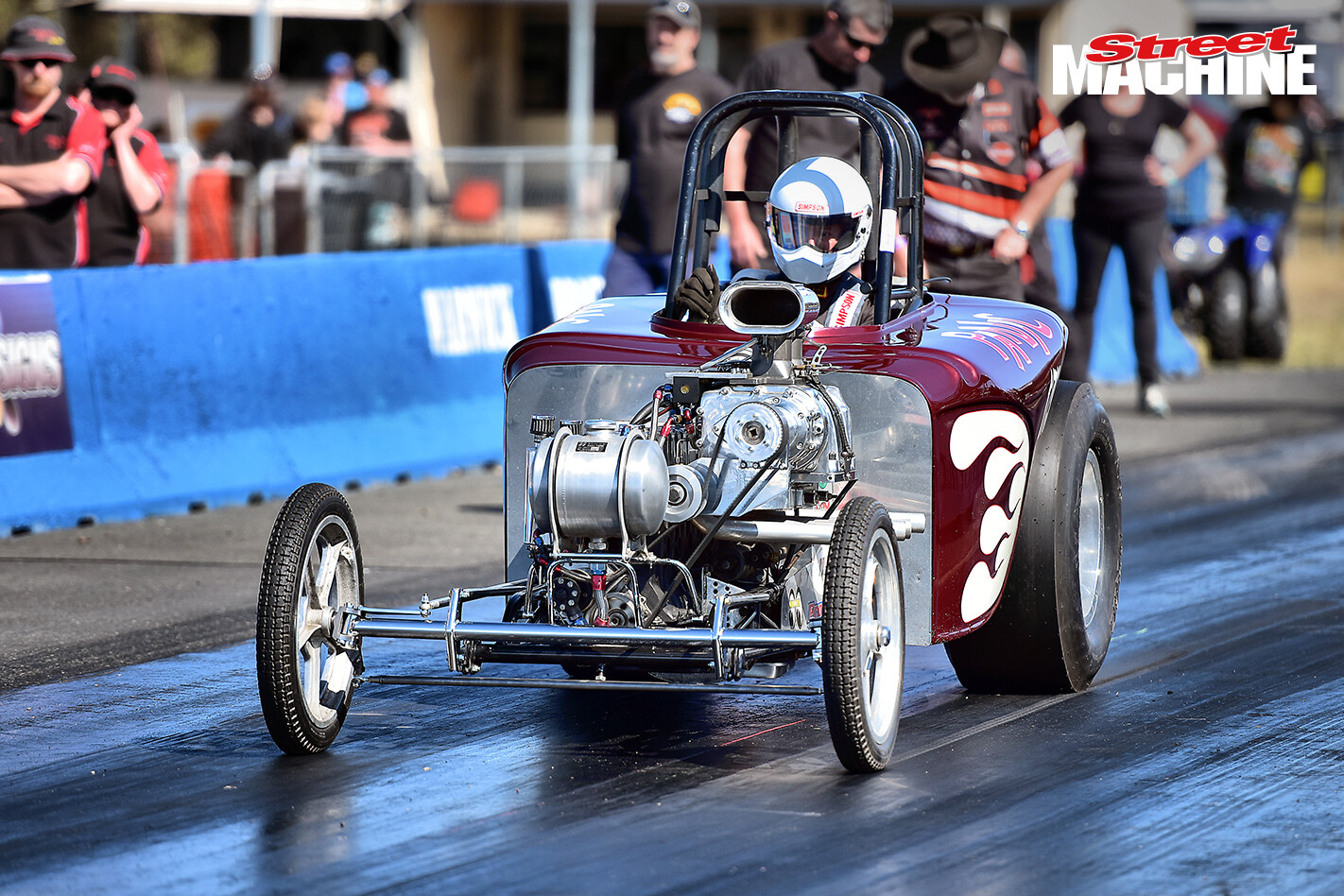 One of Mark's great mates and a keeper of the Six Banger flame is Toowoomba's Ken Stevenson. His blown dragster came to grief this year in spectacular fashion, just past the 60ft mark. Ken lost a little bark, but was otherwise unharmed. His dragster is a little more worse for wear. Dammit! 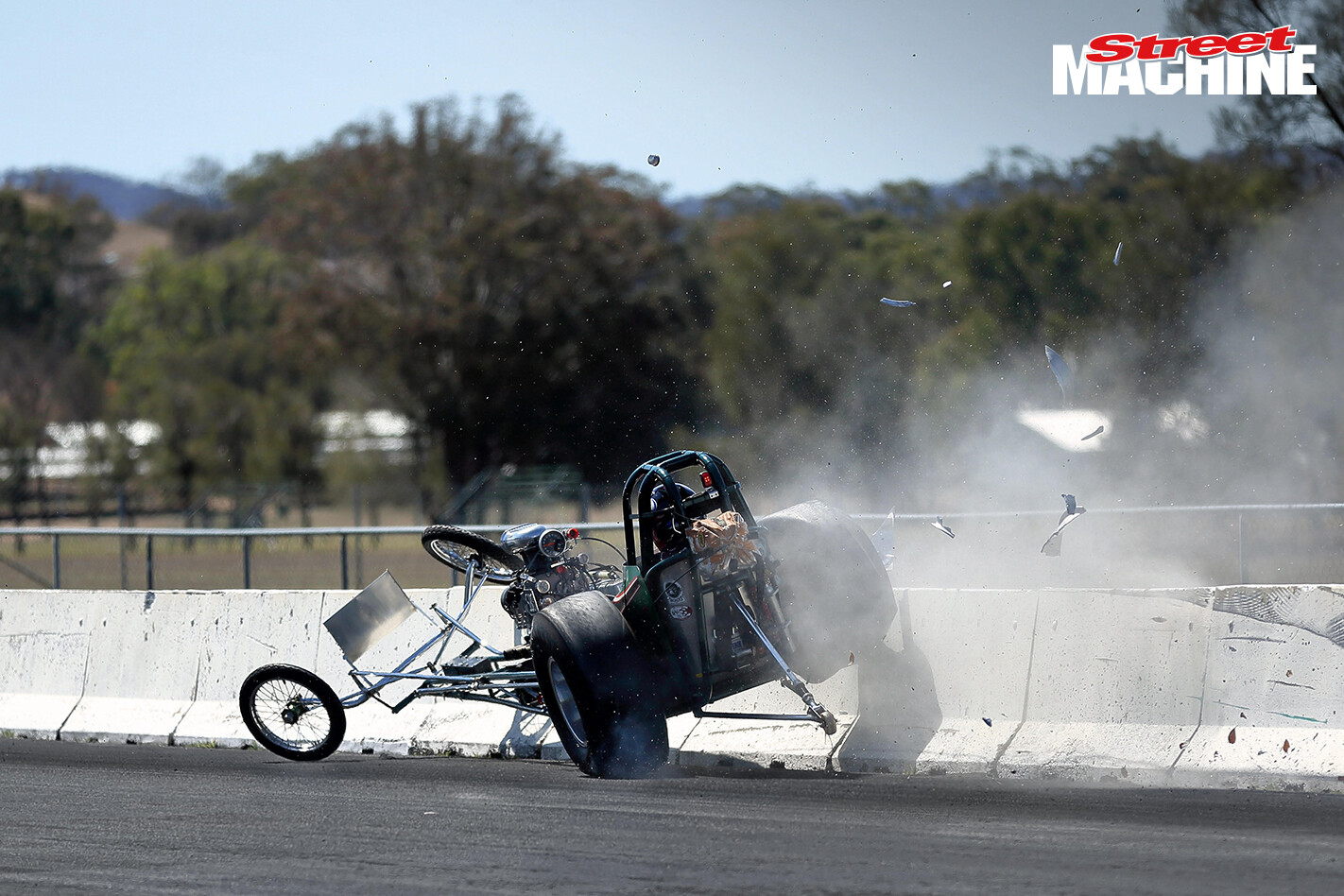 A stunning new car on the scene was the MOJO altered piloted by Ray Xerri and Ray Teuma. After 14 years in the build, the Rays were stoked with a PB of 6.77-seconds at 100mph with plenty left in the tank. Jeff Ramsey's Brumby FJ ute is also a crowd favourite and rand a best of 5.85-seconds at 118mph. 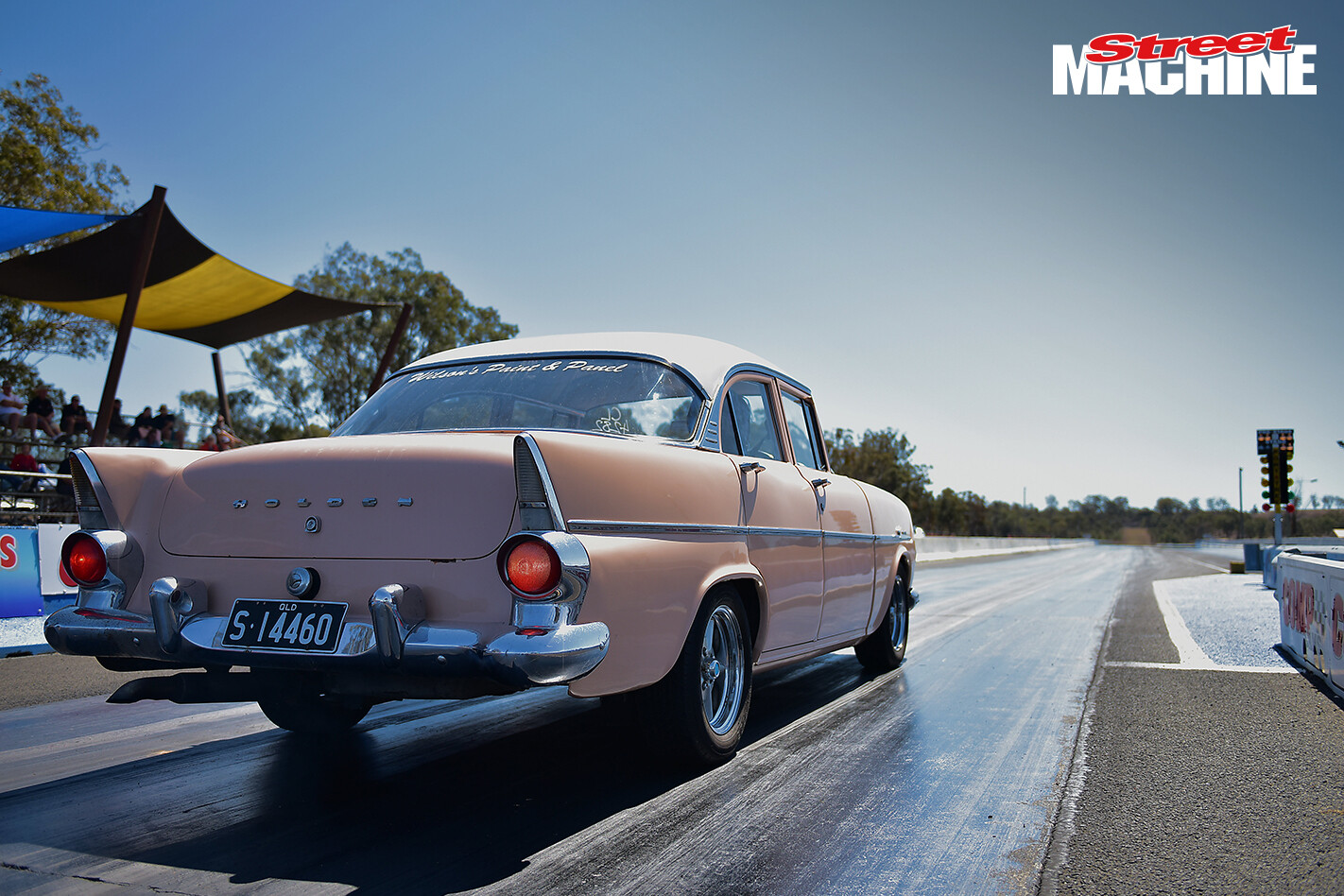 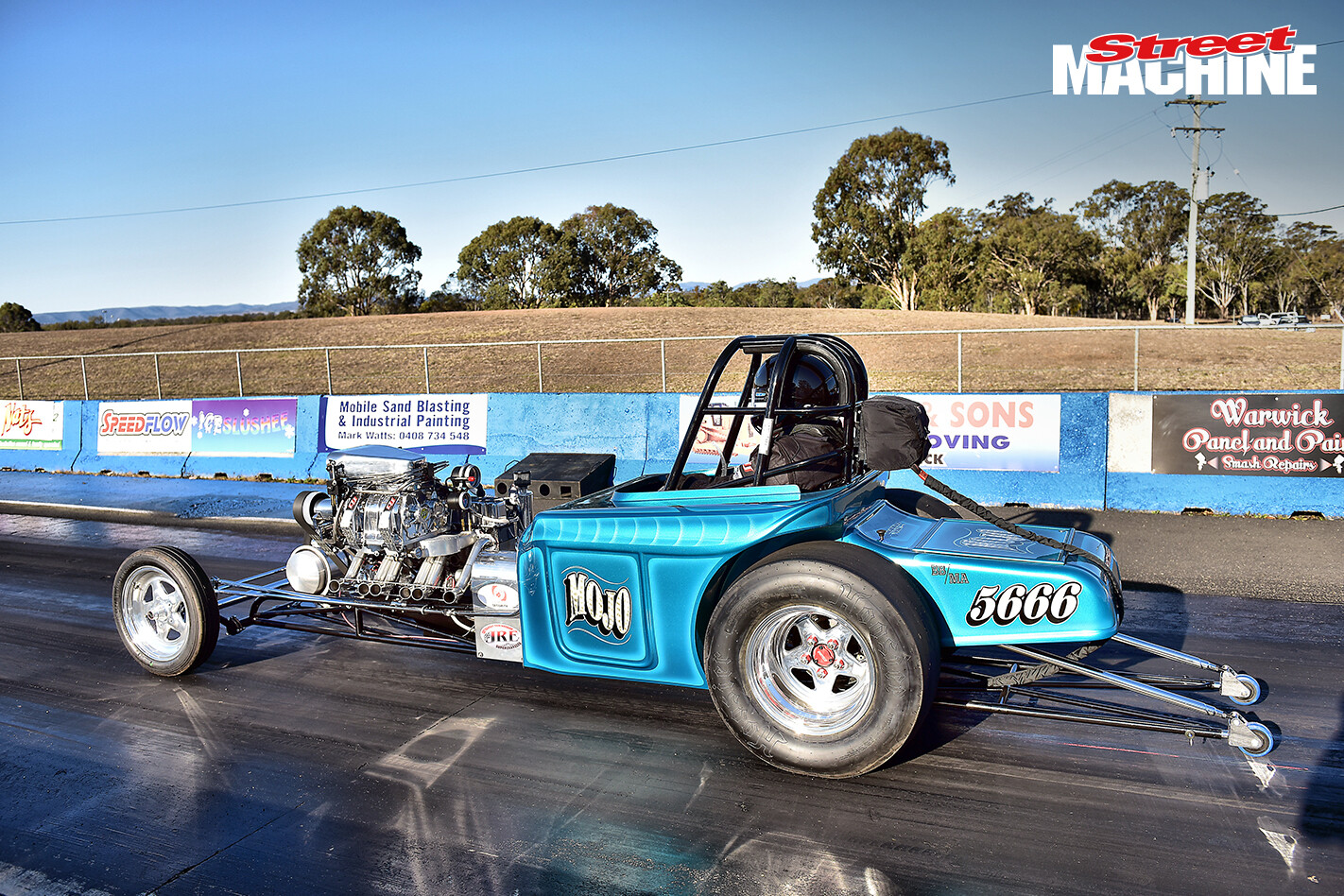 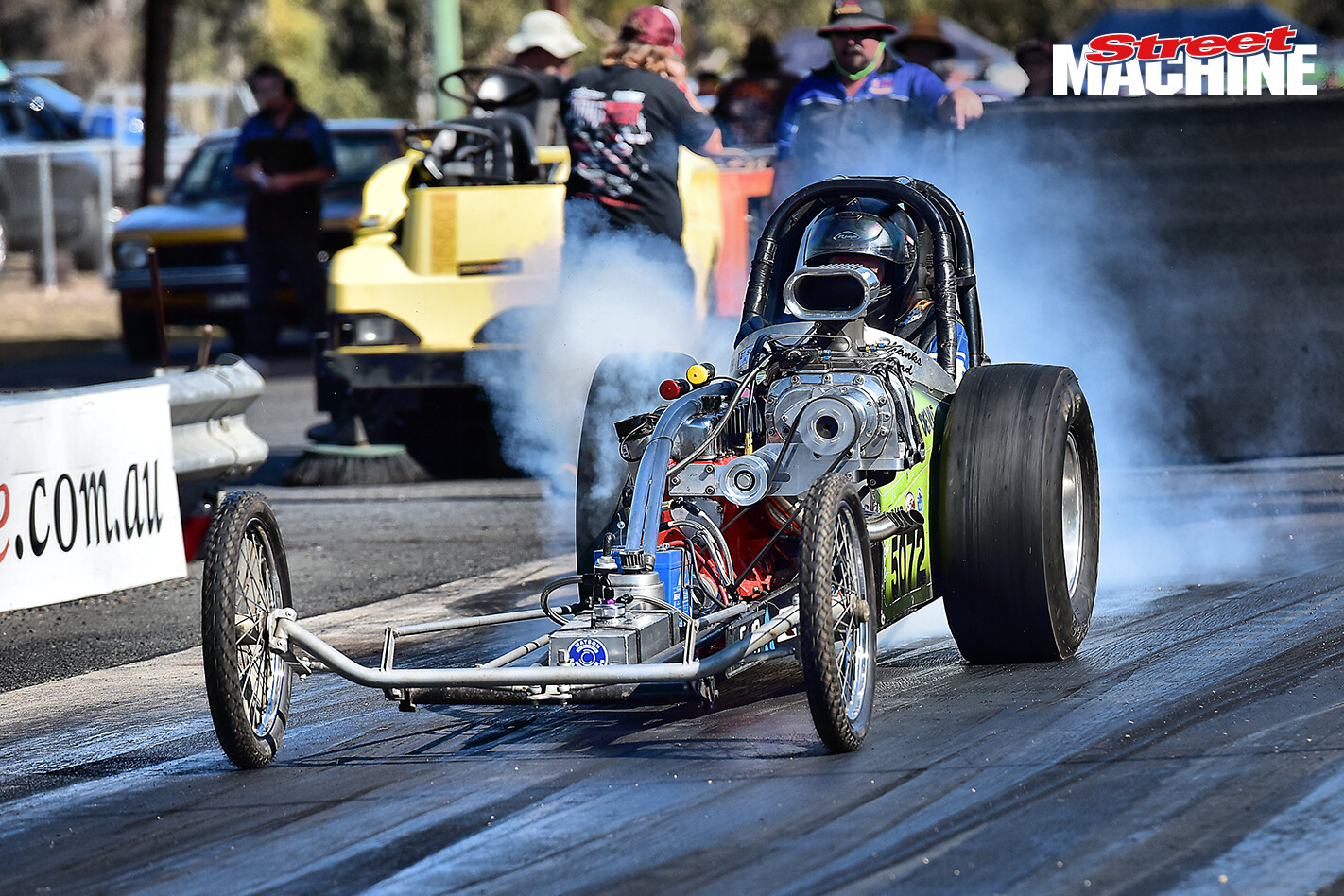