JEREMY 'Jet' Martin has reached the final eight at one of the baddest radial events in the world after an amazing day for a humble VB Commodore in South Georgia. 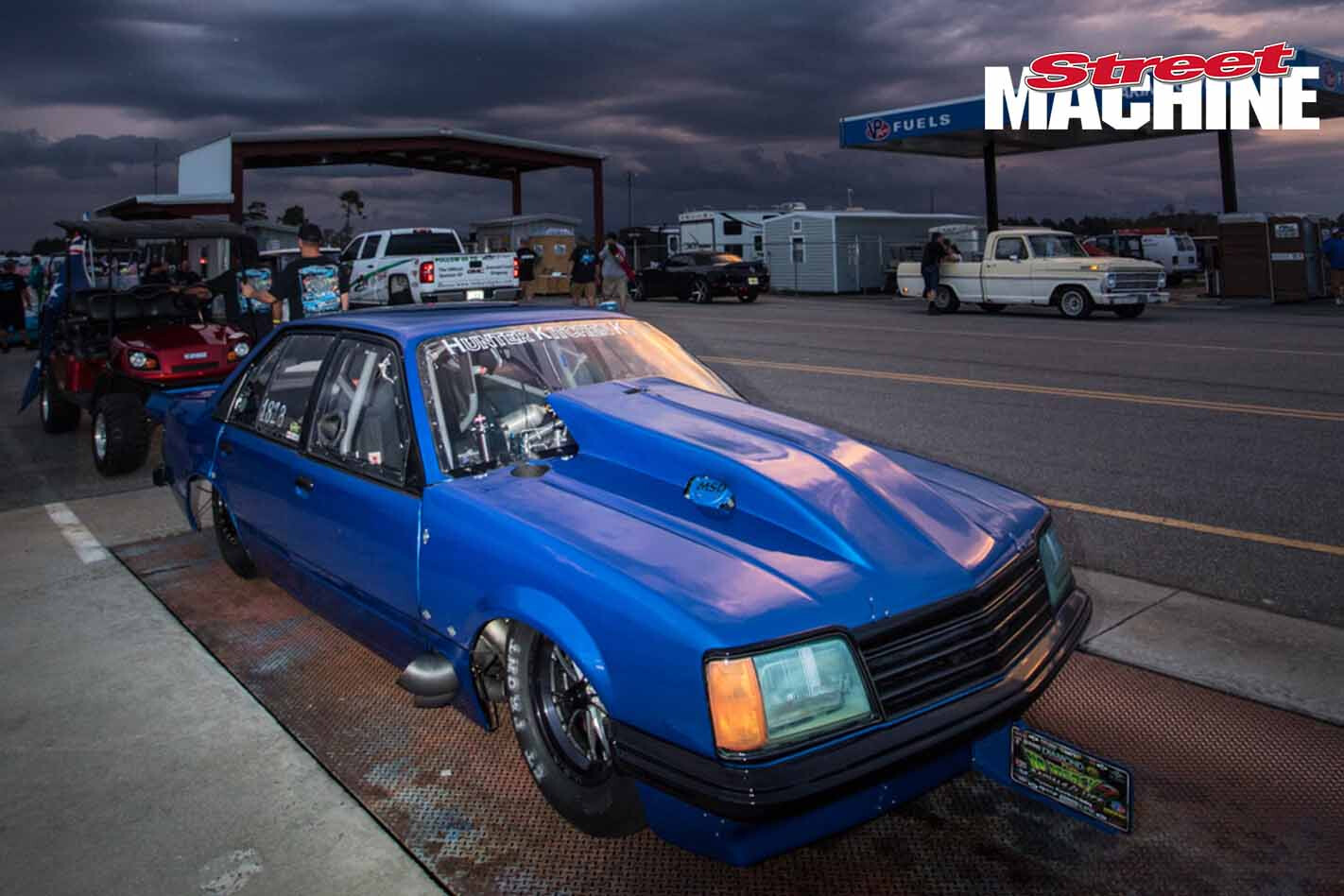 Martin had the first eliminations round run of the day for the Australians at No Mercy 9, taking on Missouri's Tim Slavens.

Slavens had the slight performance advantage in his Camaro with plenty of back end speed – a valuable asset to have on a hot track. But Martin took the fight to the Christmas tree, where a .020 reaction time gave him a tenth of a second lead straight up. The Commodore hustled down track for a PB 3.93, crossing the finish line ahead of Slavens' 3.94 and earning cheers from the crowd.

The second round presented an extremely tough opponent in Mark Micke, driver of the world's quickest radial car. But Martin was unfazed and again proved solid on the tree with a .043 light followed up with a 3.94, as Micke spun the tyres on the start line.

Now in the quarter finals, Martin is just three wins away from one of the biggest prizes in radial drag racing.

Wade Wagstaff unfortunately went out in round one, up against Bryan Markiewicz's Proline-powered 1969 Camaro. Most of the early pairs found traction, but this race turned into a pedal fest as both cars spun on the hit. Methanol sprayed from an errant fuel line on to Wagstaff's tyres, hooking the big Chev right. While the race was still alive, Wagstaff's blower belt wasn't and he had to watch Markiewicz take a pedalling victory.

“I spoke to Donald (Long) and he said we can possibly do some exhibition passes later tonight, if not tomorrow.

“We will come back in February. It's a lot better weather; not as hot. We will put a C-rotor supercharger on it and step it up a bit more, trying to go 80s and then 70s.”

Jarrod Wood had a lucky break in the first round of X275. Driving the Bill Schurr/Kevin Mullins Jeep Grand Cherokee, Wood had the same set up as he used in the final session of qualifying to run a 4.45. This time the rear tyres spun as soon as Wood released the transbrake. Fortunately his opponent, Louisiana's Reggie 'The Rabbit' Richard, had more significant problems in his Camaro, with a flame-belching nitrous backfire. Wood recovered and made haste for the finish line and the win light.

The team's next pass came at night and this time grip was no issue, with the front end of the Jeep climbing three feet into the air in a massive power wheelstand. It looked spectacular but unfortunately it was a lose for Wood. 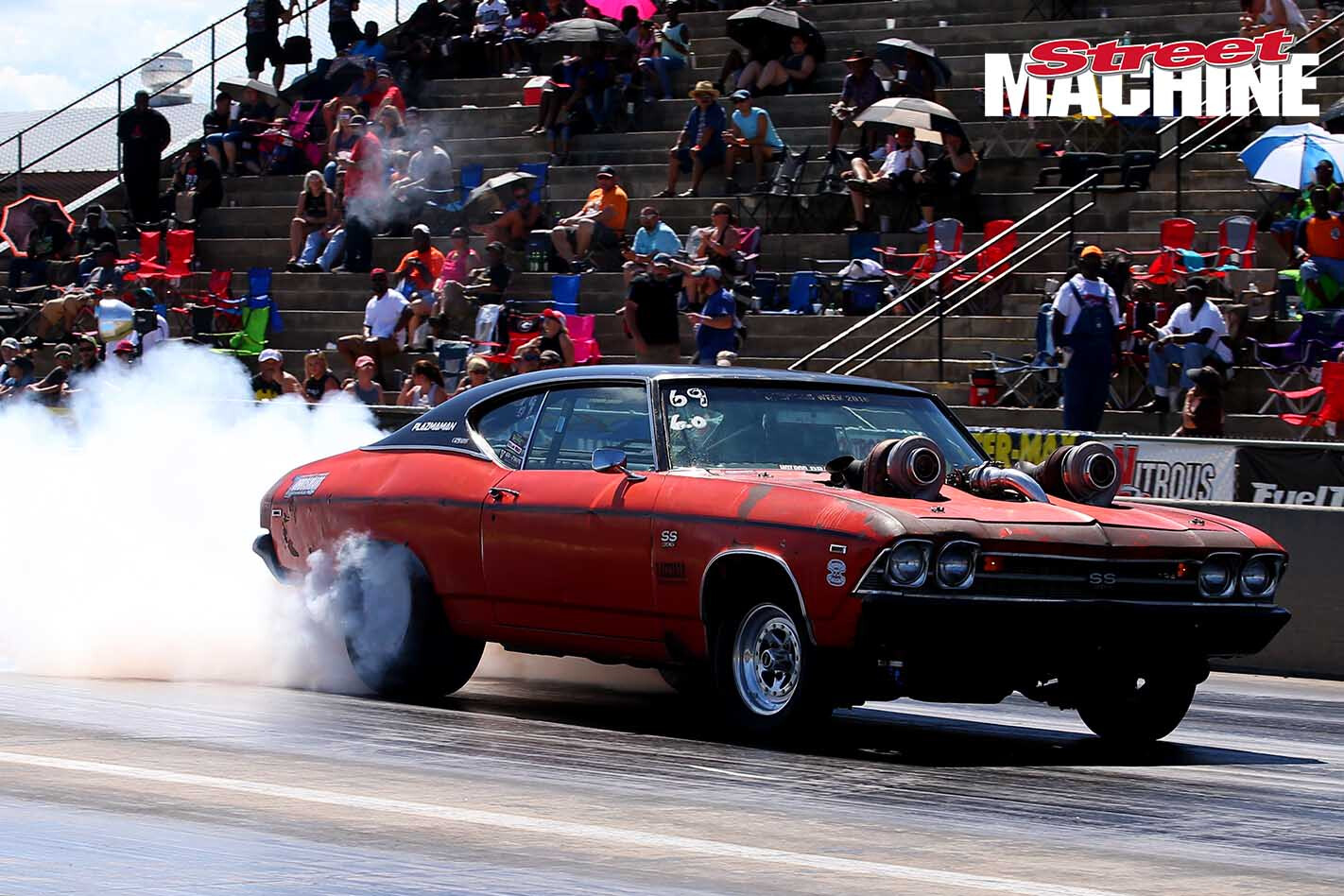 Finally, Harry Haig might be a new fan of index racing after hitting a 6.006 time in 6.0 class qualifying, earning the top spot on the ladder going into the first round on Sunday.

Watch next: The story of the Aussie Chevelle