BACK in the 1950s and 60s, Cooma, an hour south of Canberra, was the home to the many workers and engineers who designed and built the dams, tunnels and power stations of the Snowy Mountains Scheme. These days it’s a little quieter – except when the Snowy 1000 rolls into town!

The Snowy 1000 is a one-kilometre standing-start acceleration test. Street-meet drag racers will have an understanding of the possible speeds involved: when a fast car is allowed to accelerate for a kay, rather than the usual 400 metres (or the old quarter-mile), end-of-run speeds can get pretty high, so an airport is just about the only place an event like this can be held safely. Cooma’s airport is a generous two-and-a-bit kays long, giving a kilometre of slow-down area after your 1000m sprint before you’re off into the bush.

The one-day event is the brainchild of Adam Drake, who plans, promotes and runs the whole shebang with his partner-in-speed Angela Bartlett. Car scrutineering happens at the Cooma Car Club’s excellent club house on the Friday evening, before racing gets underway from 9am Saturday. This year each participant got four runs. 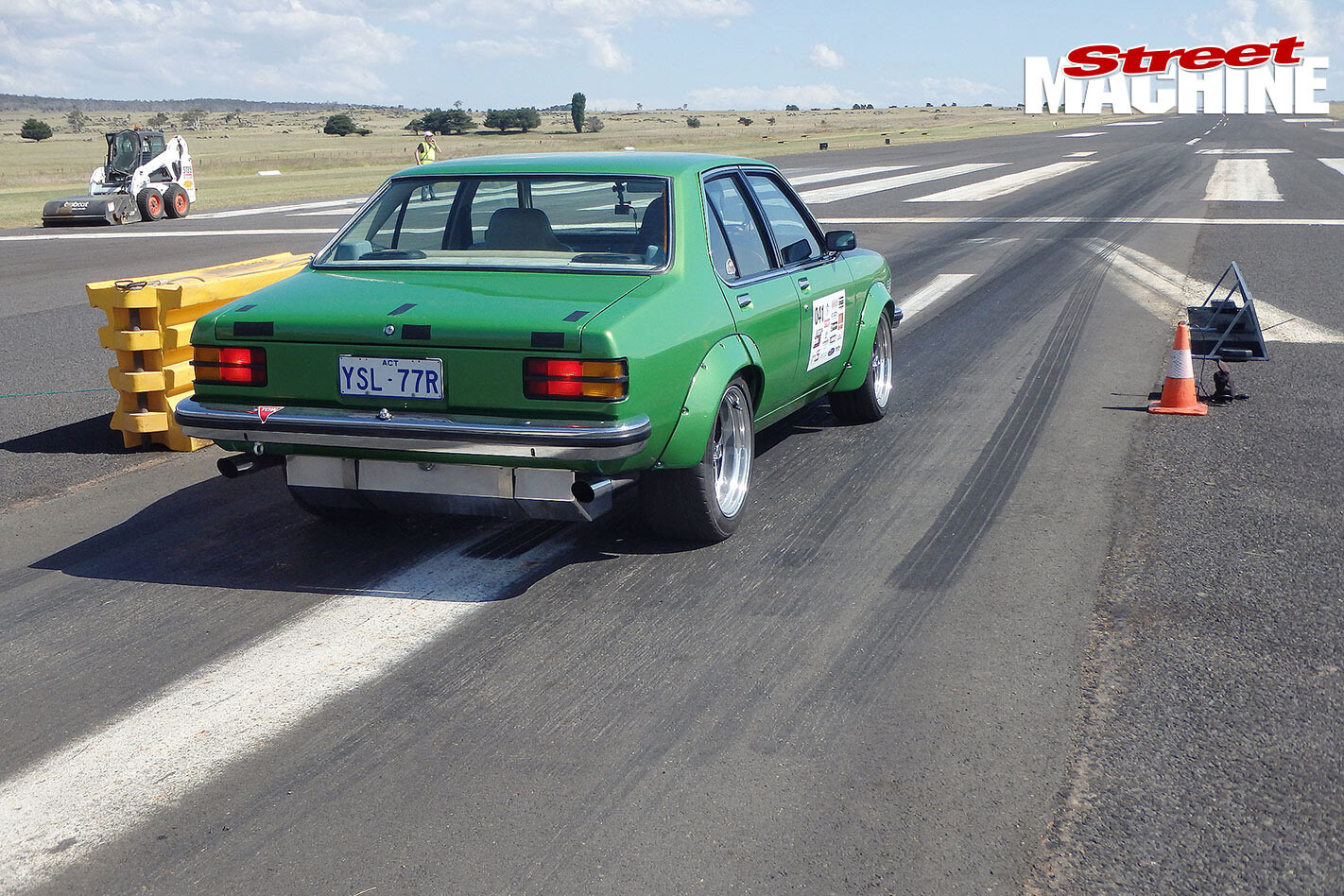 Cruising to Cooma from just up the road in Summernatsland (Canberra!), Mark Rowley’s LX Torana was one of just a scattering of classic Aussie muscle at the Snowy 1000 this year. But instead of Holden’s original 4.2 or 5.0-litre V8s, Mark’s sedan carries a present-gen all-alloy 5.7-litre engine transplant, which goes a big way to explaining this car’s impressive result of 24.248@223.3km/h. 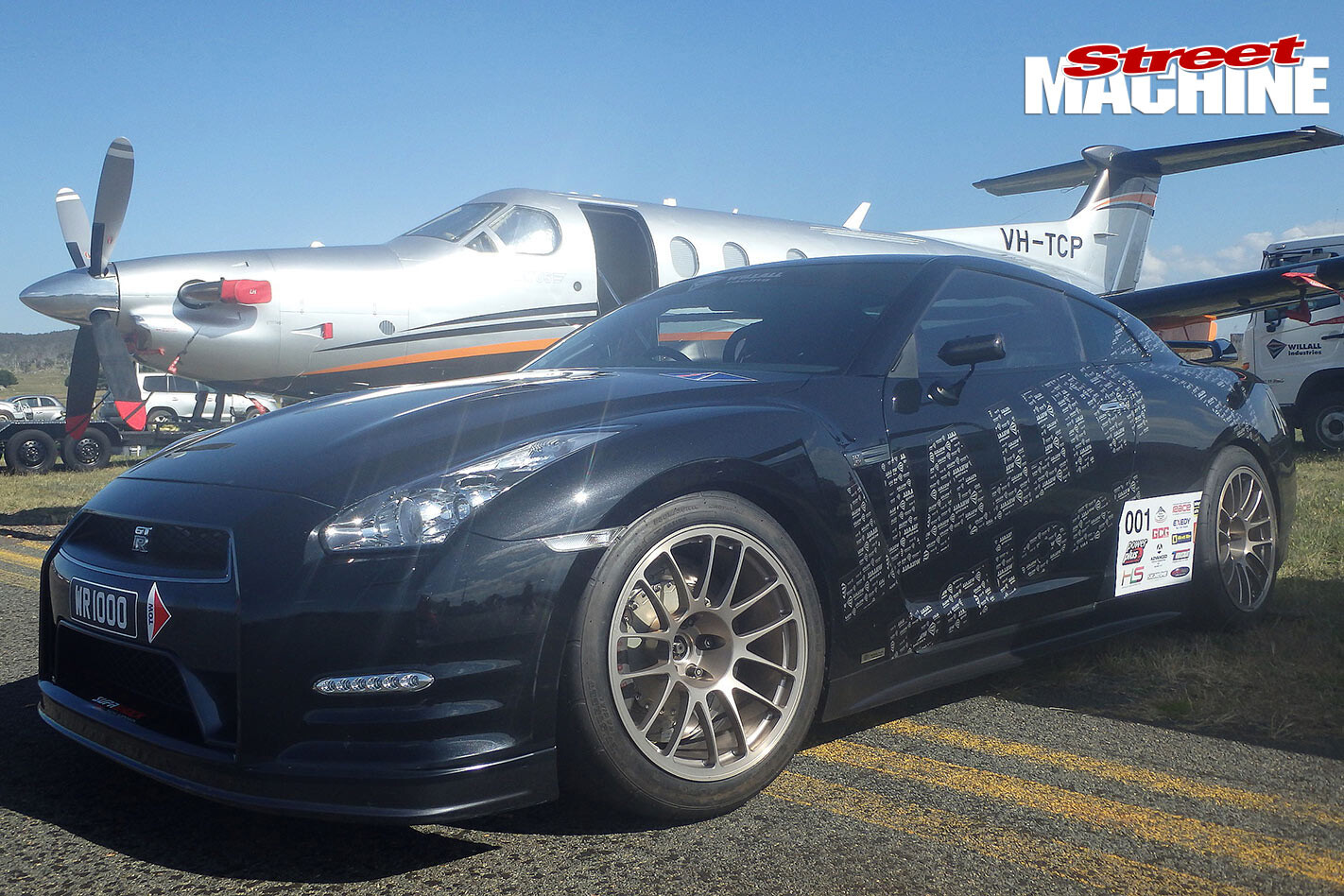 The quickest Snowy car this year was the present-generation twin-turbo Nissan GT-R prepared by South Oz’s Willall Racing, which managed to cover the 1000m in less than 17 seconds! With around 1150hp getting to its four wheels and driven by Keir Wilson, the car set a new record of 16.829@328.3km/h on its first run.

The R345 is an all-Aussie effort, with the billet WR35BB-blocked 4.4-litre twin-turbo V6 and extensive driveline mods all being developed and manufactured in South Oz. “It’s a circuit car, so it has wheel alignment specs, camber and all that, that aren’t really great for top speed,” tuner extraordinaire Martin Donnon says. “And this year we lost drive to the front wheels on the first run. It was straight from a track test day, so the front clutches had had enough. 350 kays is the aim for next year!” 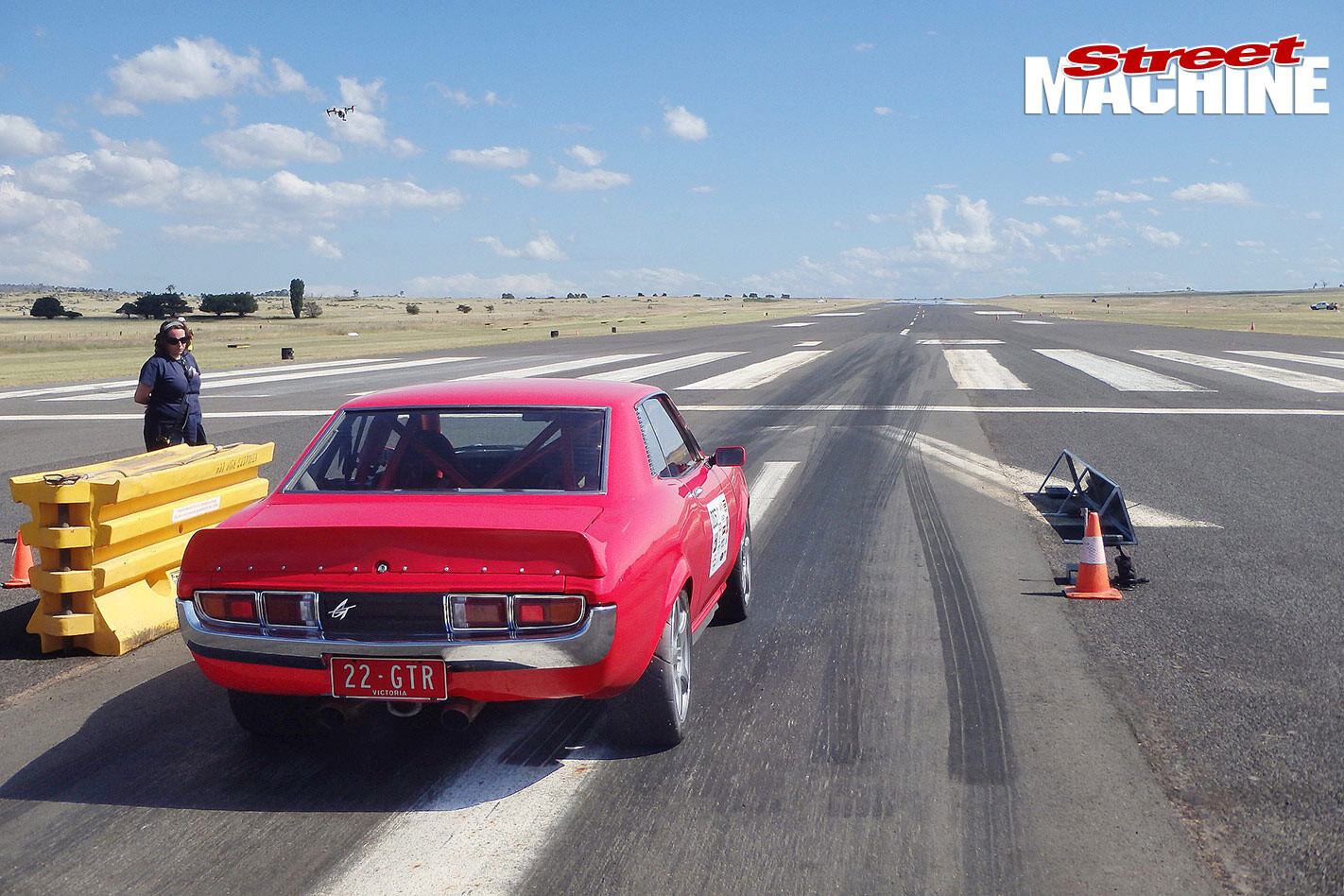 A regular at the Snowy, Jamie Heritage’s little red Celica is a member of the 300km/h club, with a 17.215@311km/h, second only to the astonishing Willall GT-R. That’s due to the turbo ex-Lexus V8, Holinger gearbox and Nissan GT-R-based AWD driveline. “There’s not too much Celica left,” Jamie says. “But if something goes wrong, I’m in a short-wheelbase, old car!” 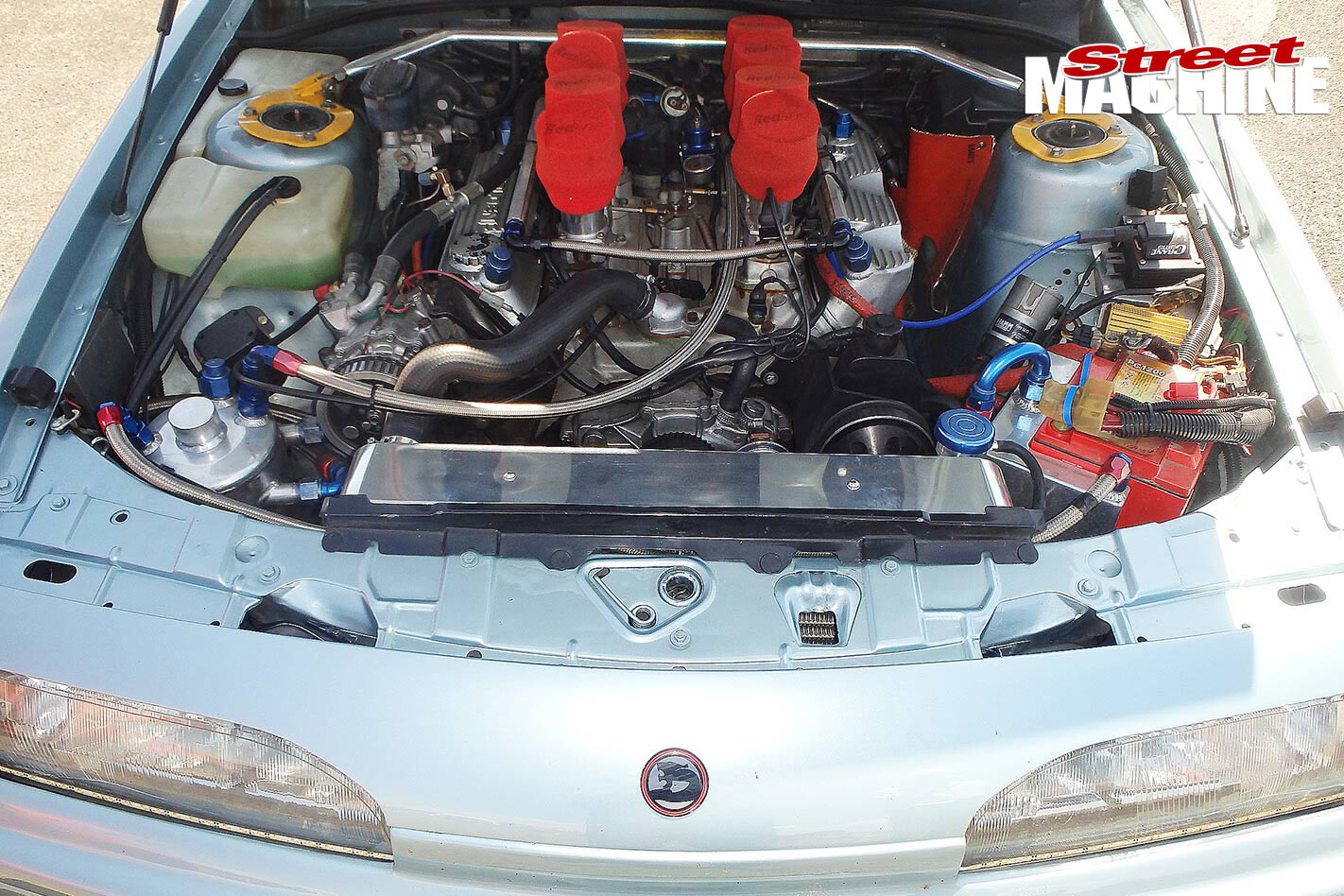 Sydney’s Bob Parkin bought his Walkinshaw brand new, and he’s been racing it almost ever since. The original-paint (except for some touch-ups on the side skirts) Aussie muscle legend now has 197,000km on the clock, but these days it breathes through a set of eight throttlebodies, puts out around 400kW and has had a heap of development to suspension and brakes. Bob reckons it’s soaked up around $300K in the nearly three decades he’s owned it. “I usually run it once a month in sprints,” he says. “The only letdown is the T5 gearbox – you can’t change it fast enough!” He ran a best of 223.6km/h and 24.784 seconds. 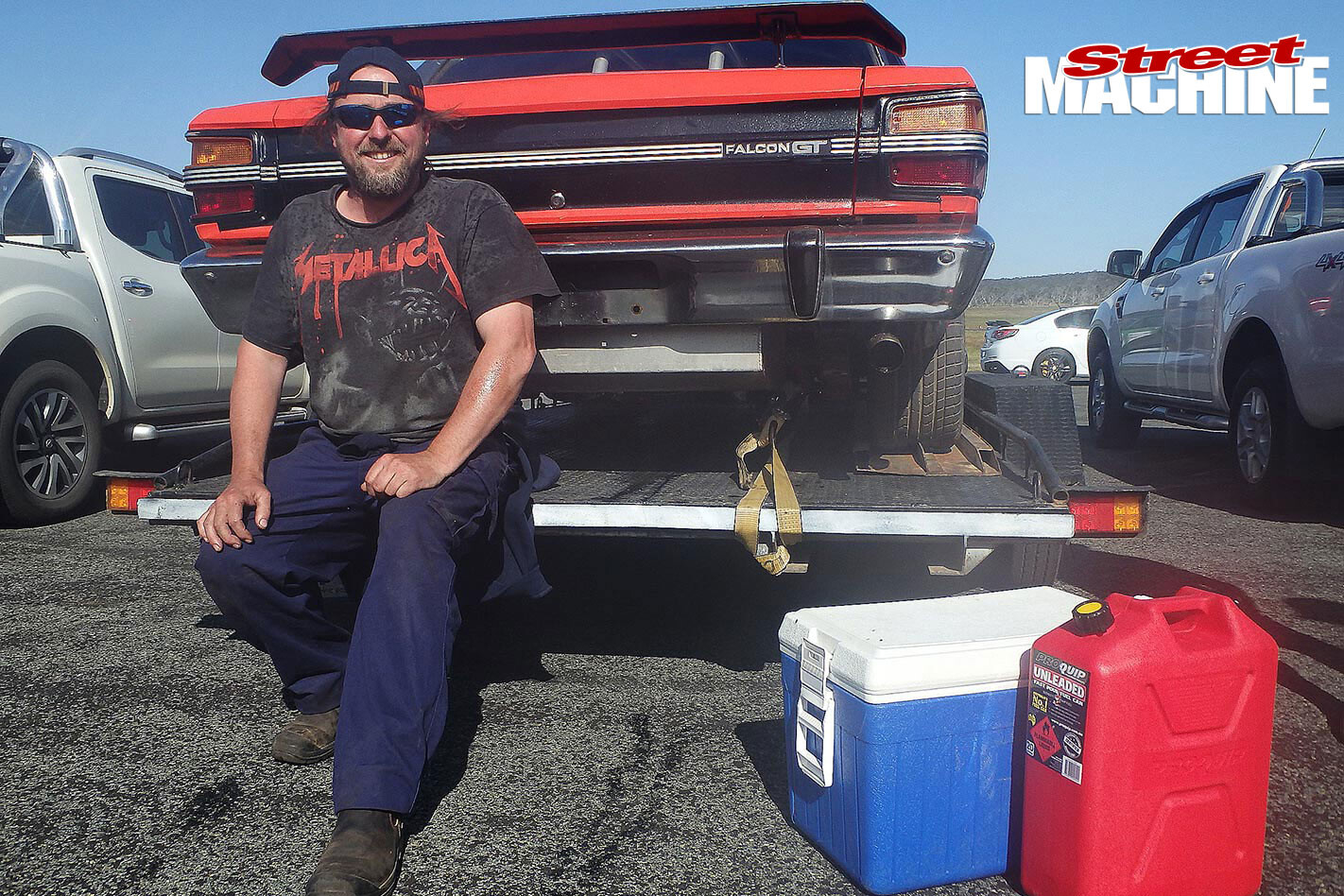 The Hard Luck award for 2015 went to first-timer Billy Mackintosh. After a rebuild, Billy ran-in the 460-cube V8 in his XY Falcon by driving it all but 200km (the section through Melbourne) on the trek up from Tasmania with a few mates. He went 165km/h on his first run, but next time out, the engine went boom. Luckily for the ever-smiling Billy, he had a trailer for the road trip and ferry back to Tassie. 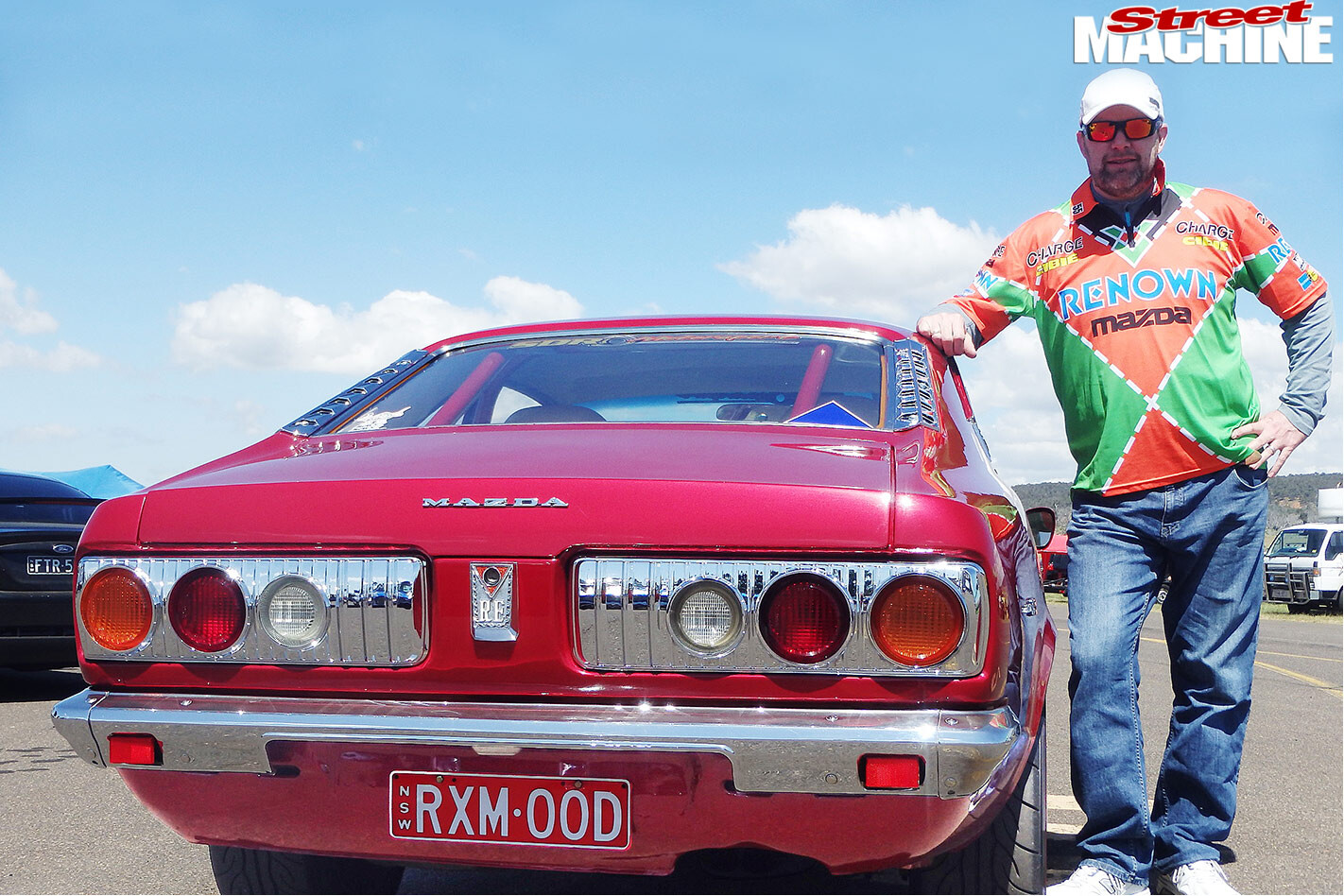 In many regards, the Mazda RX-3 is street machine royalty, and Craig Sandy’s recently freshened 13B turbo-powered RX-3 flew the flag high for the small-hauler brigade with a set of stout runs: 22.1 seconds and 242km/h are impressive numbers. The car carries a Supra five-speed and Truetrac-loaded nine-inch under its terrific paint. Take a ratty old VN Commodore, add a flop-copy Group A bodykit and drop an LS1 in the hole up front and you too can run 226km/h like Jim Stevenson. Jim’s been here before – his car was dressed as a taxi last year – and his LS is upgraded with an aftermarket cam, a Chev Trailblazer manifold and a VE-grade six-speed gearbox. For next year, Jim reckons he’ll dump his car’s 3.08 rear gears for a set of 3.9s for better off-line punch. 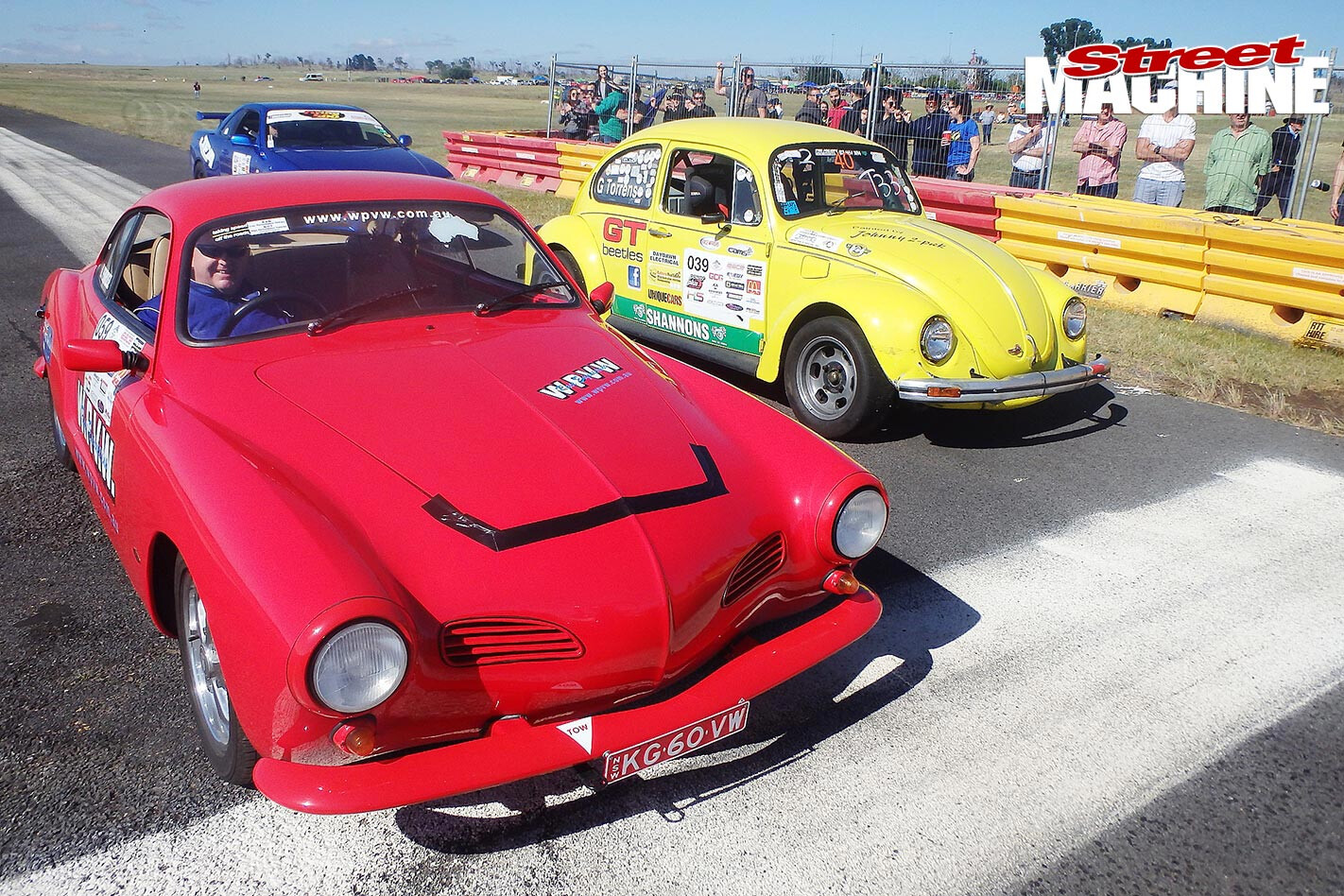 Flying the flag for four-pots and dak-daks was Wollongong’s Wayne Penrose with his near-three-litre Type IV-engined Karmann Ghia. He won the fastest naturally aspirated four-cylinder gong with a 26.395@191.7km/h. Steve Carter’s turbo quad-cam Subie STi-engined Bug (not shown) pulled a 22.325@236.7km/h, while I managed a best of 27.987 seconds and 174.2km/h in my 1.9-litre Beetle. 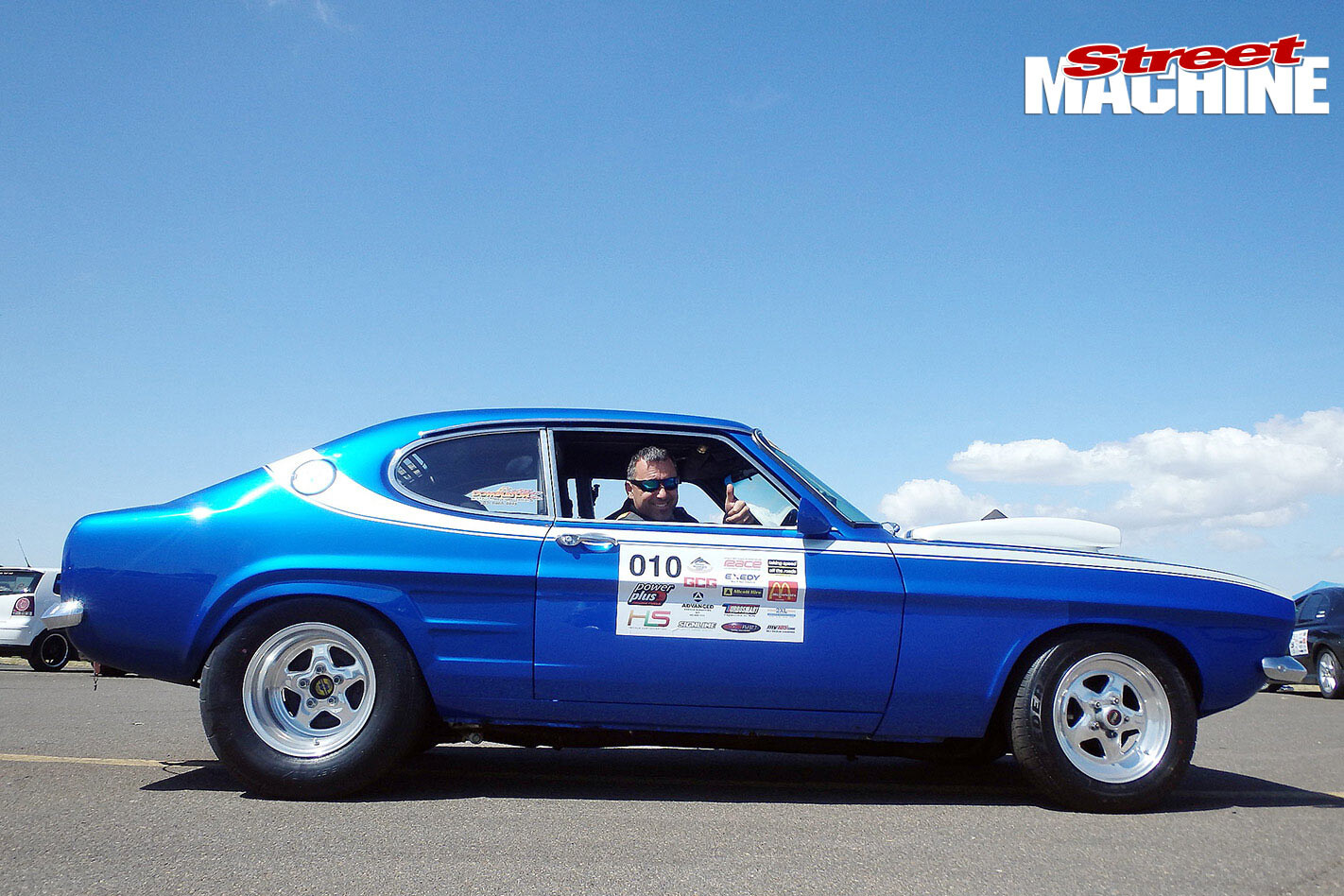 Tristan Triccas is a name well known to Street Machine readers, and is another Snowy regular and 300km/h club member. His 7.0-litre naturally aspirated Capri ran a 18.939@307.6km/h to be the quickest and fastest N/A car at the event this year. Compare those 1000m times to your typical street machine’s quarter-mile showing – and then wonder what it feels like to be guiding this through the breeze at 300-plus! David Wicks gets the Wacky Racer award with his replica of a Watson Indianapolis roadster. Based mostly on HQ Holden bits – front and rear ends – with a US-sourced body, the LPG-fuelled 202ci Holden red six is set back a fair way in the chassis. The Nimmitabel, NSW local ran his street-reg fun car down the strip for a best of 30.7 seconds and 156.7km/h. 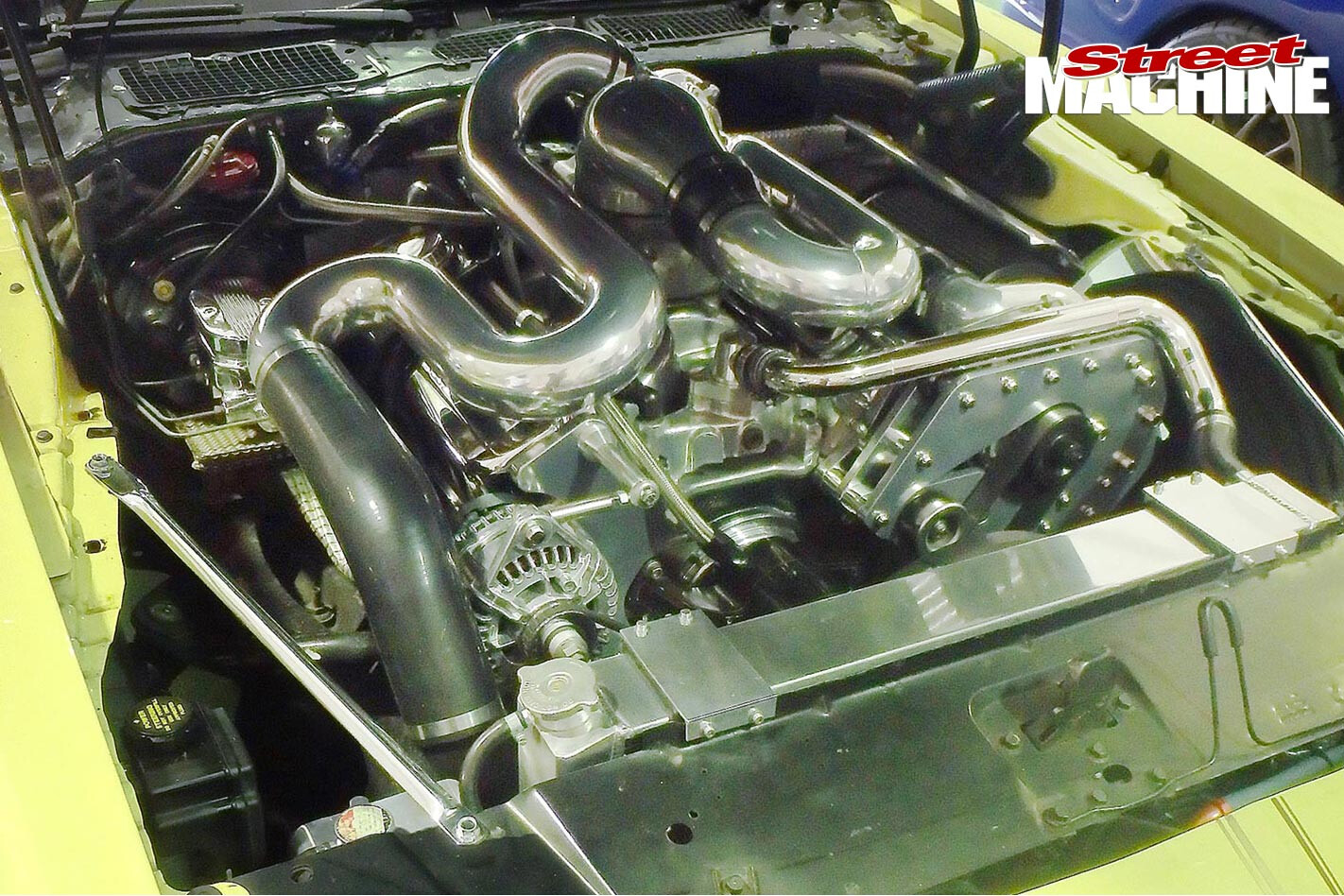 Marcus Powe’s Yellowbird engine bay is a stand-out, with some of the neatest induction piping (by Melbourne’s Duvall Motorsport) of the event. The engine it feeds is out to 503ci (8.25 litres!), with a Vortech boosting the breathing to 11psi. Its results were 25.136@206.7km/h. Like others, Russell Stenhouse and Dave Mitchell made the short trek down from car-crazy Canberra in their Toranas. Russell’s yellow A9X sedan (left) popped a rocker bearing, ending his day early after a pretty good 24.570@224.3km/h run, while Dave had fuel issues in his hatch (not shown). There’s always next year, lads – and thankfully home is less than two hours away.