Killer video of the Barra Mustang, Aussie Chevelle, BCW Cresta and much more!

AS HAS become the norm at Drag Week 2019, the Australian turbo Barra-powered boys were at the front of the queue for the start of the day’s racing on Day Four at Maryland International Dragway.

Ben Paganoni in the Fox-body Mustang was first cab off the rank, running into the eights yet again with an 8.83@156mph. He banked that one and is now one day away from finishing Drag Week with an eight-second average. The team will look to crank up the boost on the final day tomorrow at Virginia Motorsports Park. 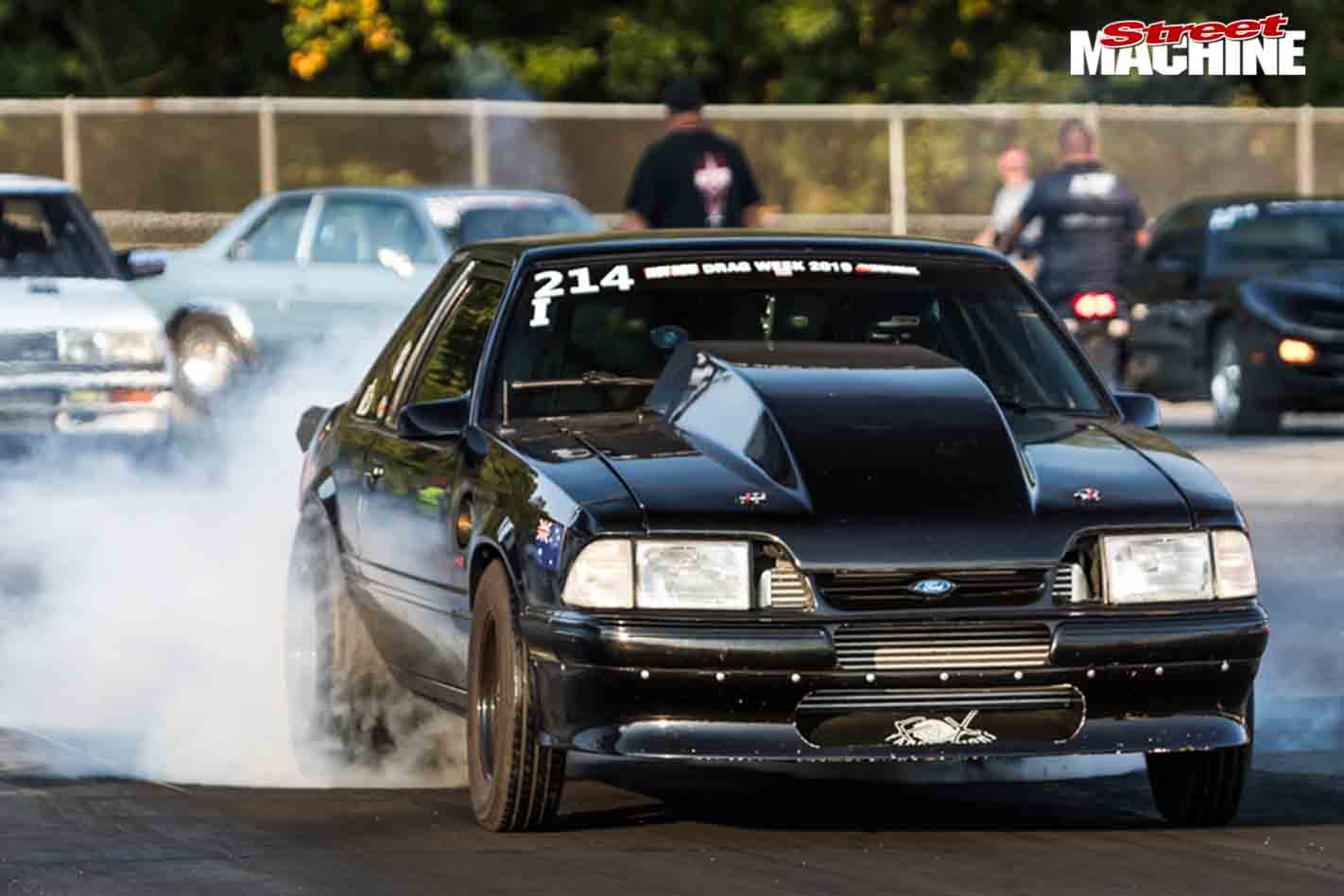 “Tomorrow we want to get out there, get a timeslip, hand it in, sign off for Drag Week, and then see how good we can go,” said Ben. “I’d like to see a seven if we could. I think it can do it, so fingers crossed.” 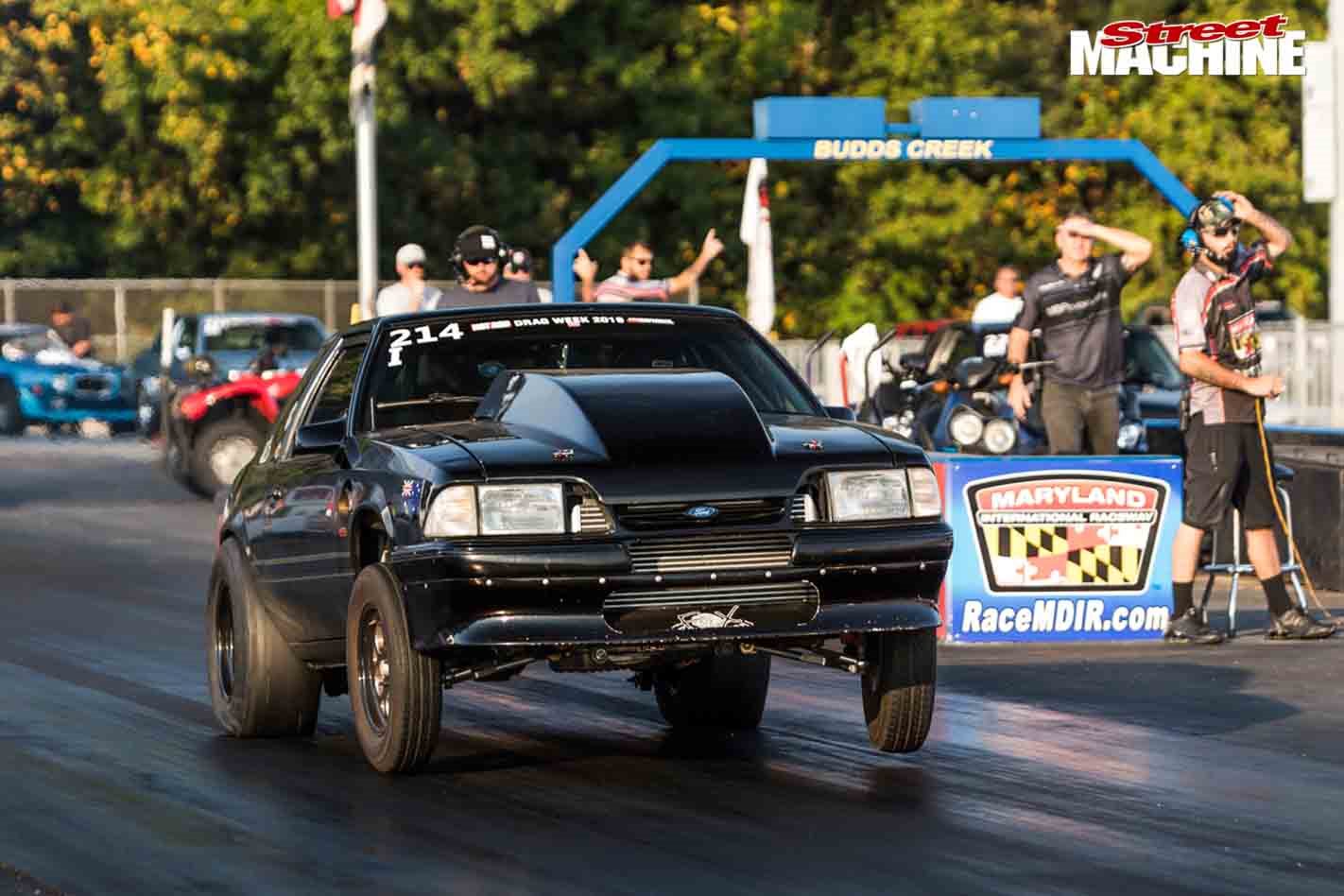 Benny Neal in the Cresta ran an 8.93@149mph and currently sits fourth in the Modified Power Adder class. He also is hopeful of finishing the week with an eight-second average.

“I kinda set that goal for this year,” said Benny. “Originally the goal was around the 8.50 average, because we knew the car was capable of it. But since we’ve had to go back to the back-up engine, we’ve pulled a lot out of the tune and played the conservative game. Last year we finished with a 9.501 average, so if I can end up with an 8.80 or 8.90 average that would be fantastic.” 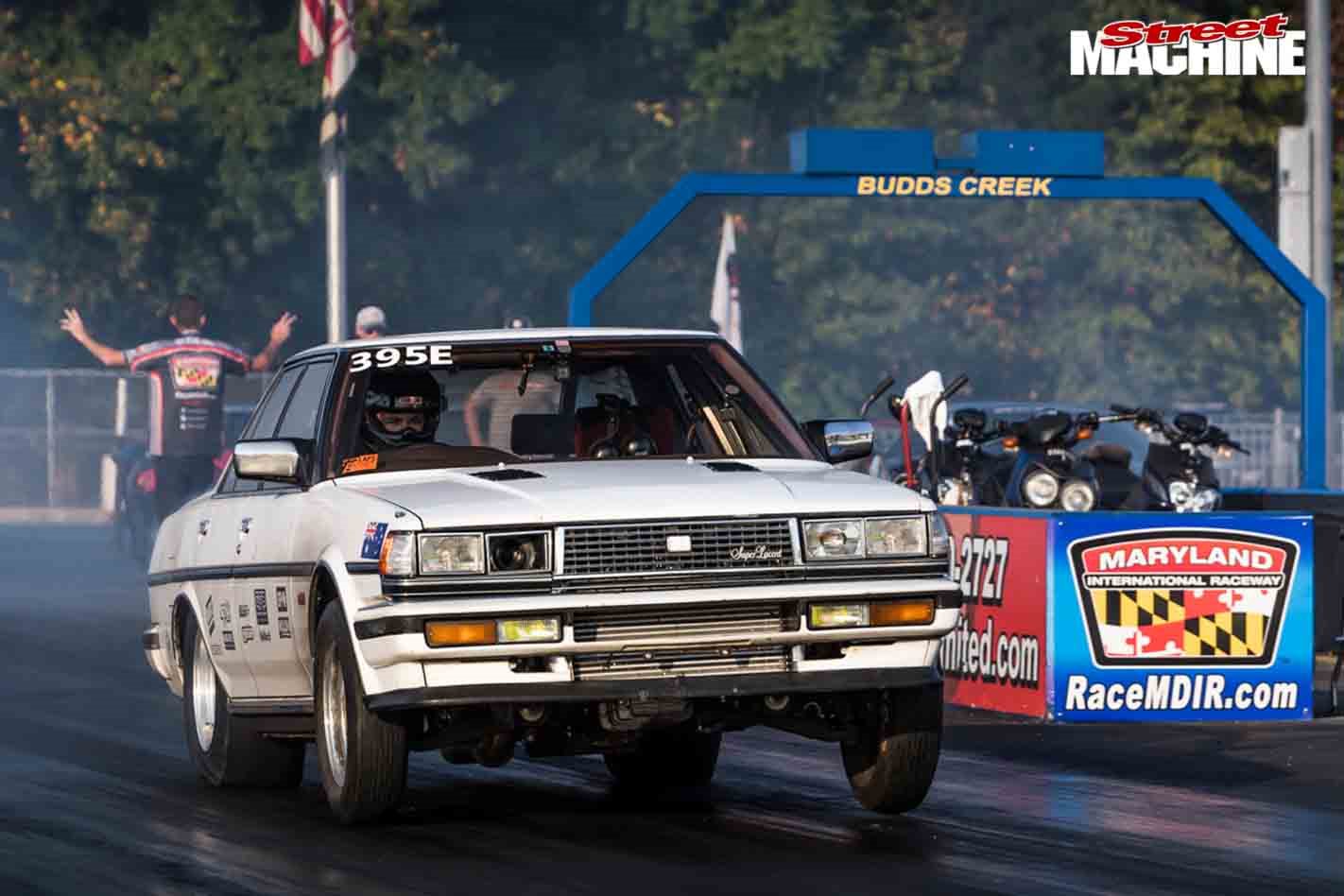 Harry Haig’s Chevelle started off the day by getting a new right-front rim after a crack that had been in it for a year got bigger and sketchier on yesterday’s drive from New Jersey to Maryland via Delaware.

“Last year we hit a pothole that bent that rim, so we straightened it back out, but when you bend aluminium one way and then the other it fatigues it,” Harry said. “The bad roads over here belted it all night and it had a leak on the seal, so we asked Brian Lohnes in the commentary box to put the call out and within about three minutes we had one, which is bad-arse.”

Harry’s first pass was decent – an 8.70@155mph – but the crew have got the smell of an 8.5 in their nostrils and so decided to have another shot just before midday. An 8.68@156mph was not quite what they were looking for, but at least it was a slight improvement. 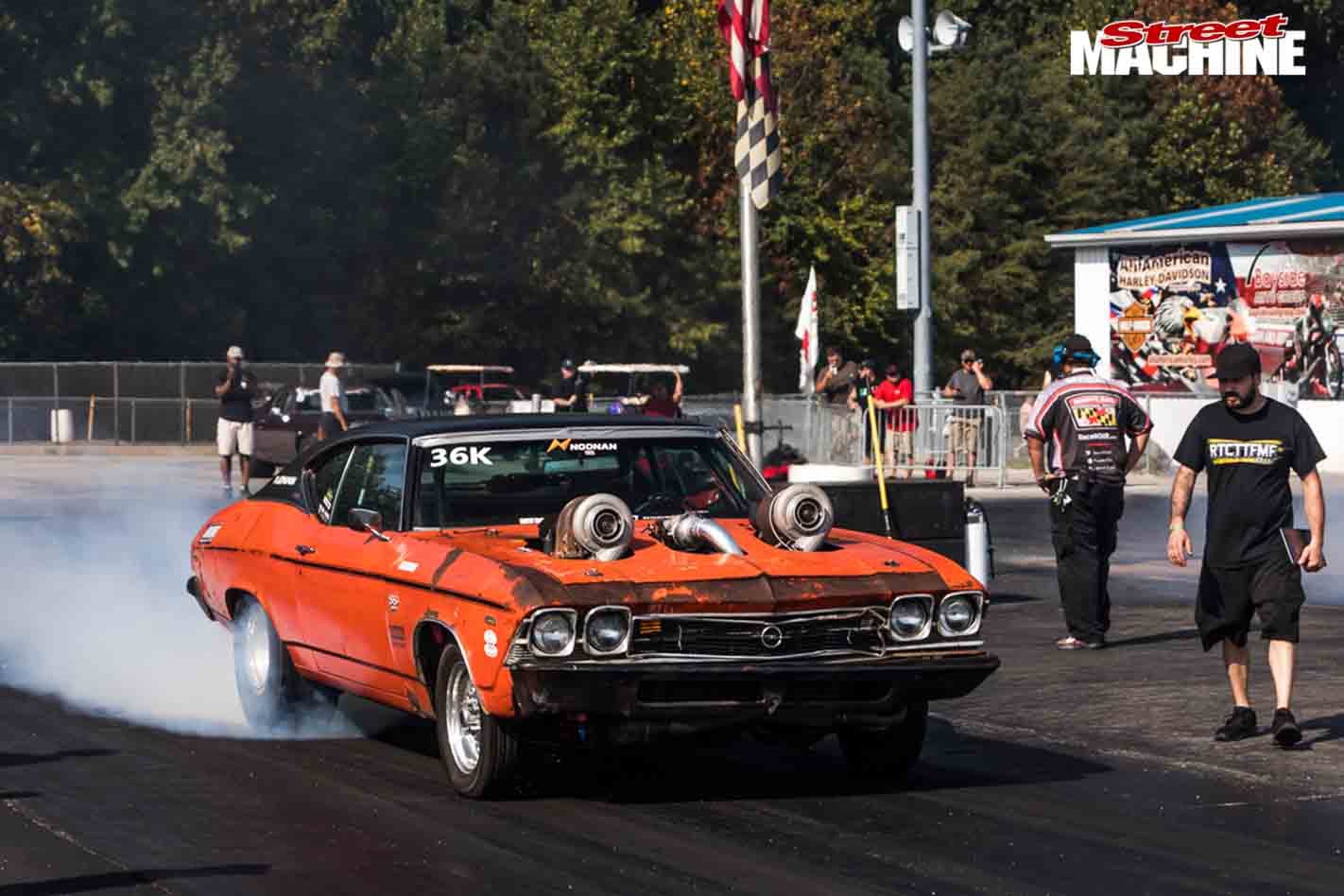 The Malibu wagon driven by Robby Abbott and Corty Haig needed much tender loving care to make the overnight drive from Jersey. After multiple breakdowns and repairs and a whole lot of swear words, ‘Malibu Stacy’ rolled through the gates just after lunch and Robby took it out for its only pass of the day – an 11.06@109mph. 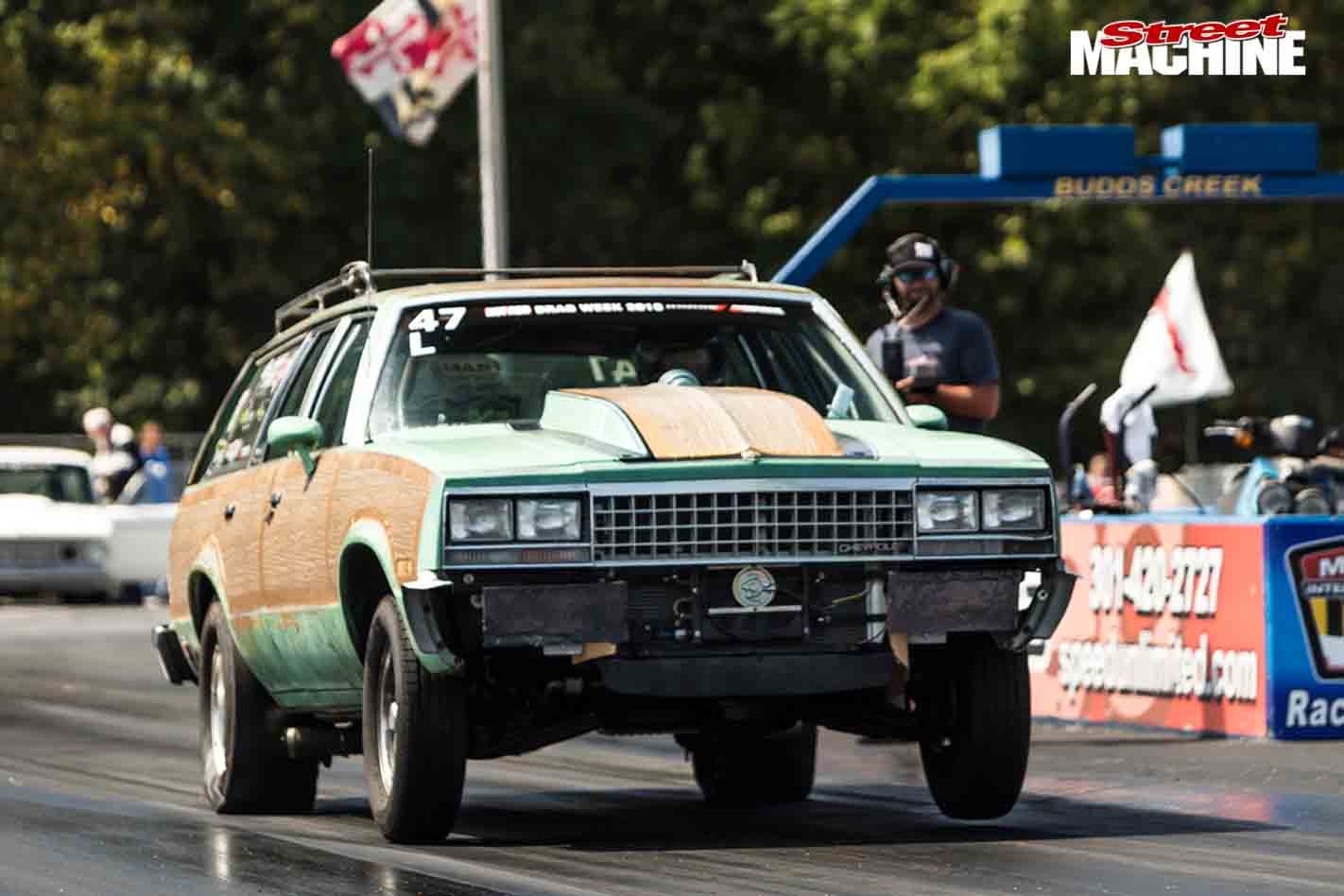 Brenton Gault in the ’55 Chev went 10.71@124mph and done. The car has still got a fuel delivery issue that is hampering its big-end speed. “We’ve bandaided it as best we can,” said Brenton. “We’re going to do a few more tests when we get the car back to its home in California. I still think it’s the fuel pump, but we’ve got the best we can out of it anyway. It went 10.7 and I don’t think we can improve on that now that I’ve heat-soaked it, so we’ll stick to our plan of one-and-done and get going back to Virginia.” 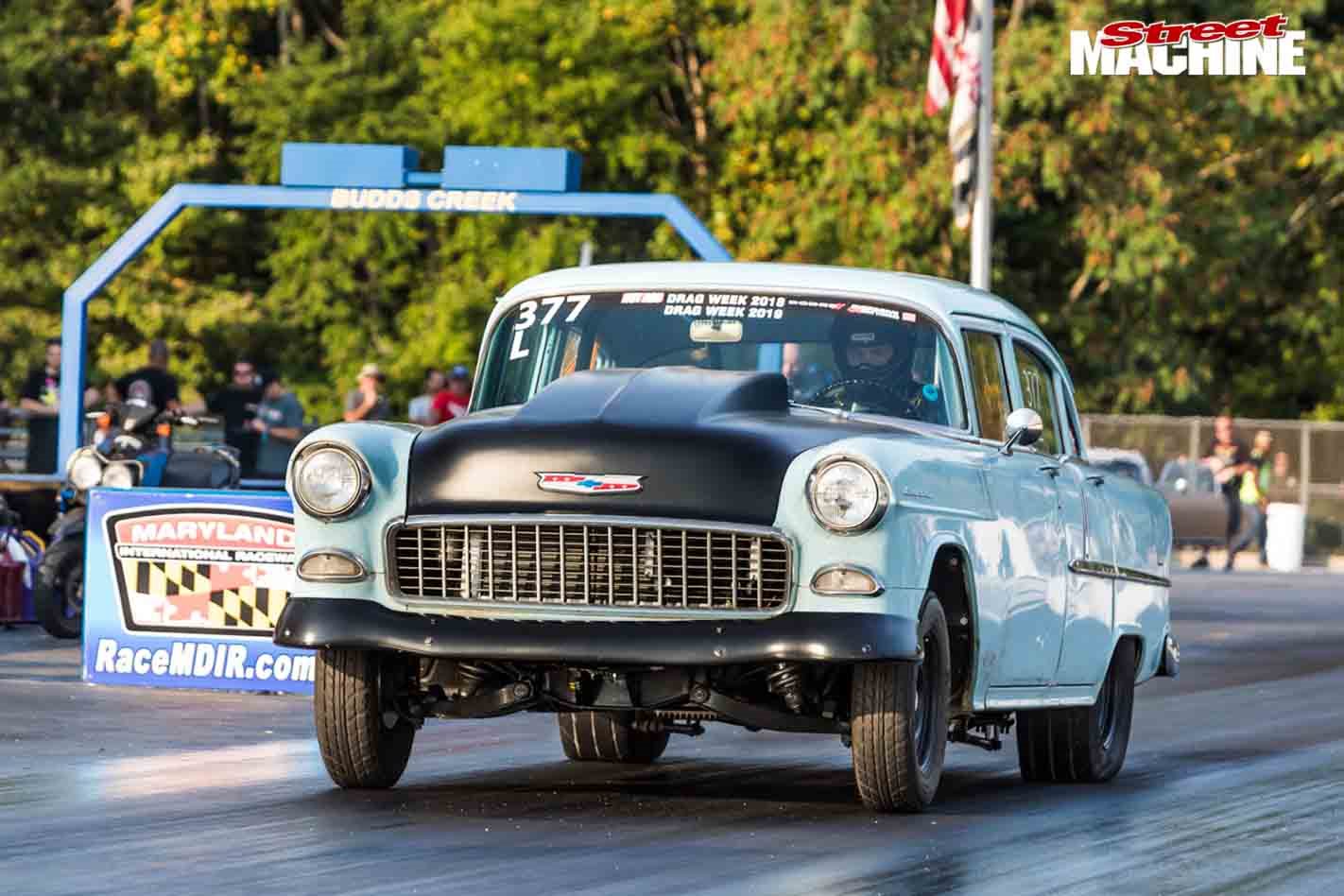 A strong bond has developed between some of the Aussies and some of the Swedes, with Robby assisting Robin Johannesson and the team with the ‘OG Ascona’, and vice-versa. The nitrous big-block Ascona broke two rocker arms on the road and the team were in their hotel car park for most of the day. Fellow competitor Daryl Yost gave them the parts and they made it to the track late in the day. Robin got the car to the startline about 20 minutes before the 2pm cut-off, but it dropped oil during the burnout and was pushed back into the lanes where the crew discovered that they had simply forgotten to empty the catch can. After a quick clean-up job, the Ascona made it back to the line with just minutes to spare and rattled off an incredible 7.92@171mph. 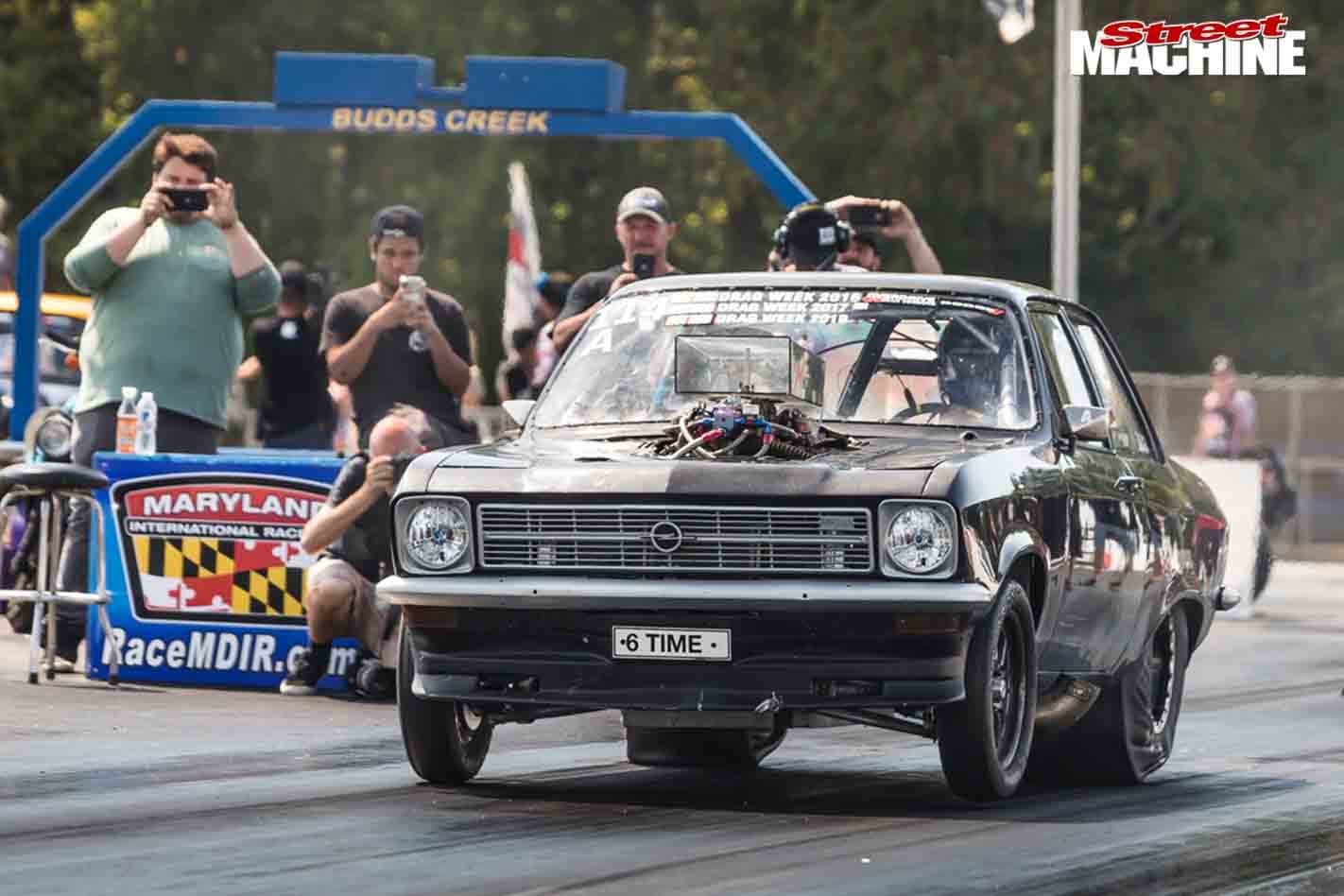 And there was more late drama to come. Mike Finnegan had broken the transmission in the ‘Blasphemi’ ’55 gasser and lost first gear. After battling to fix it most of the day, Finnegan got it patched up and to the startline with roughly 15 minutes left. The blown Hemi-powered Chev looked and sounded very second-hand as Finnegan muscled it down the track to run a 10.08, a long way away from the eights it has been running all week. Finnegan was in danger of losing his lead in the A/Gas class, but he came back around to the start and went for one hail-mary pass just as the clock struck two. This time it went 9.30@149mph, which was just enough to keep the class lead going into the final day. 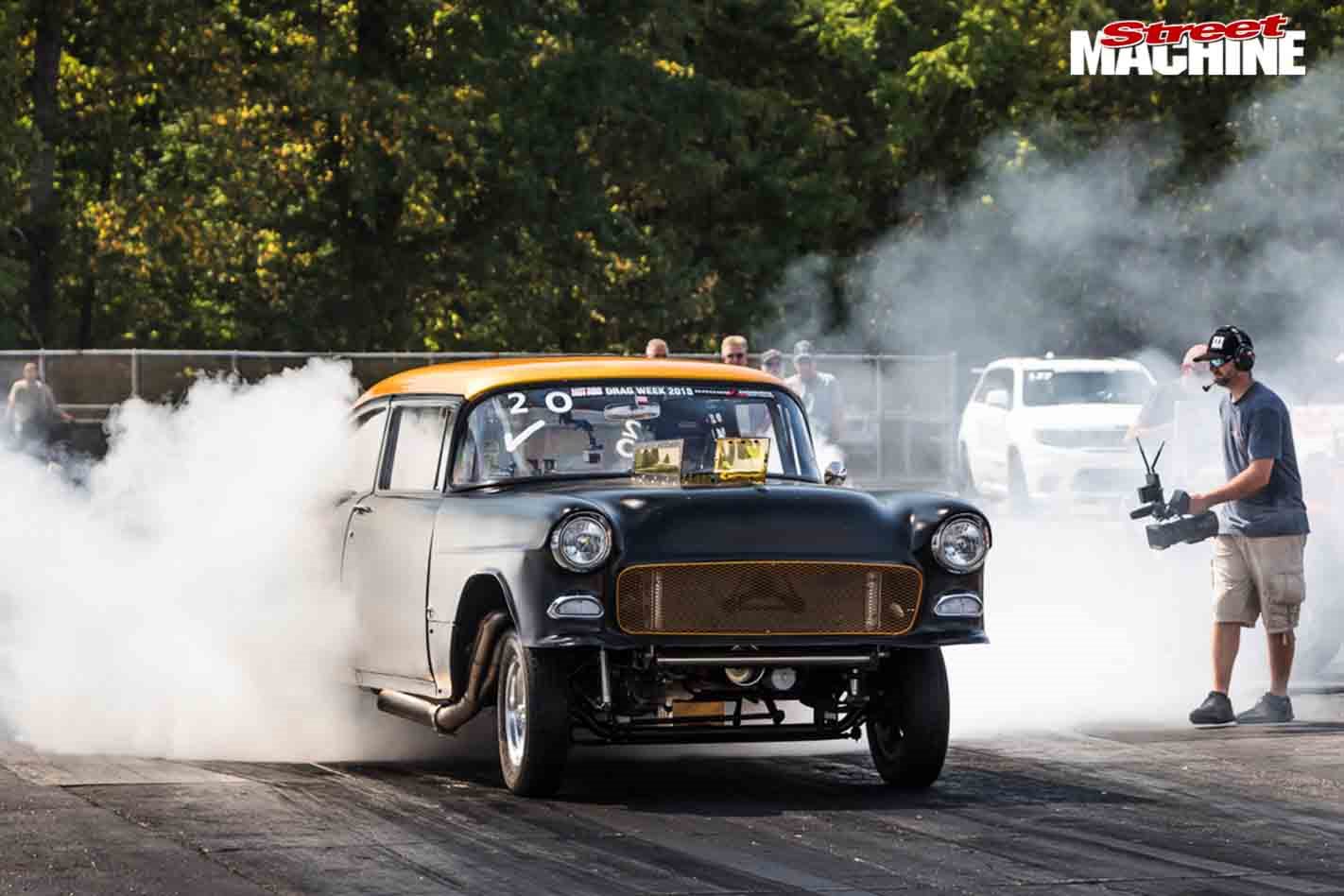 In the Overall stakes, Tom Bailey extended his lead over Bryant Goldstone with a one-and-done 6.27@219mph in the ‘Sick Seconds 2.0’ Camaro. Goldstone ran a relatively mild 7.12@204mph in his AMC Javelin. In third spot is Glenn Hunter, who today went 7.36@193mph in his all-steel ’56 Chev. 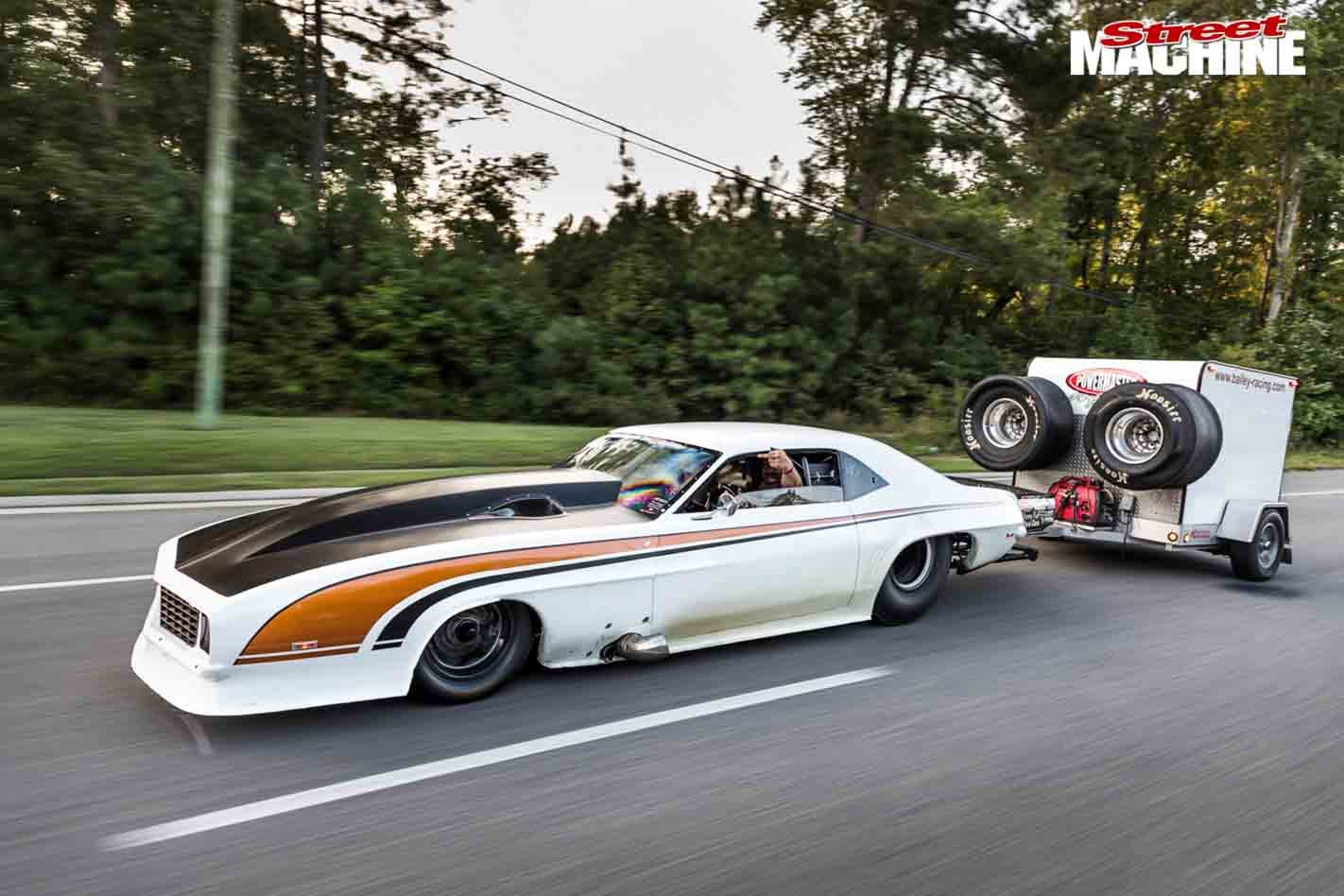 The mandatory route back to Virginia Motorsports Park for tomorrow’s finale was a little over 150 miles with two checkpoints along the way. Stay tuned to the SM website for more Drag Week updates. 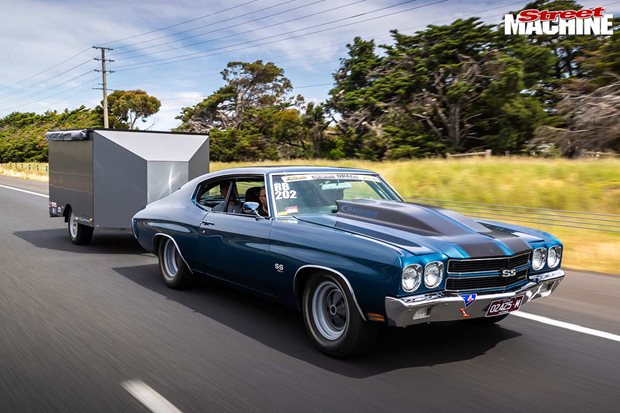