WHAT the heck is a Ford Taunus? We weren't sure when we first saw it at Atlanta Dragway, but we knew that we liked it!

This one belongs to Andres Arnover of Fast Ford Racing from Estonia. It runs a 430-cubic inch alloy block Winsdsor, fitted with a pair of 71.5mm Holset turbos. The car is running without an intercooler, instead relying on water/methanol injection to control inlet temps.

On the dyno, the car has made 1500hp and it runs mid eight-second quarter mile times. At Drag Week, the Taunus is running in the Unlimited class.

The fiesty Ford weighs 1400kg and is all-steel, bar the bonnet. Andres bought the car out of Sweden with a turbo Cosworth V6 set up and worked with that before stepping up to the V8.

Andres's one and only pass of the day on the first day of Drag Week was a solid 8.78-seconds at 163mph.

Aussie Ford fans who have seen our photos of the Taunus have no doubt been frantically searching the web for info on what looks like a sporty Cortina! And yep, it turns out that the Taunus TC was made by Ford in Germany from 1970 until 1975. The car shared many parts and panels with the English Cortina, but the sporty fastback was unique to the Taunus. The Taunus was also produced in Argentina and later Turkey! So get searching, Ford fans.

We'll keep you up to date with the progress of Andres and the Taunus during the remainder of Hot Rod Drag Week 2018. 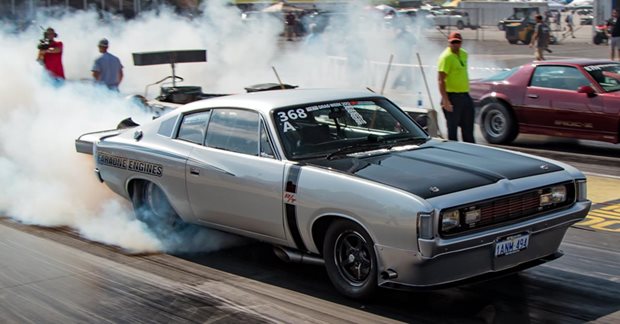 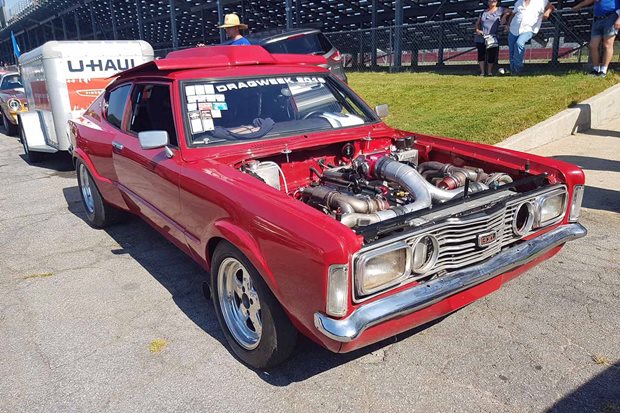 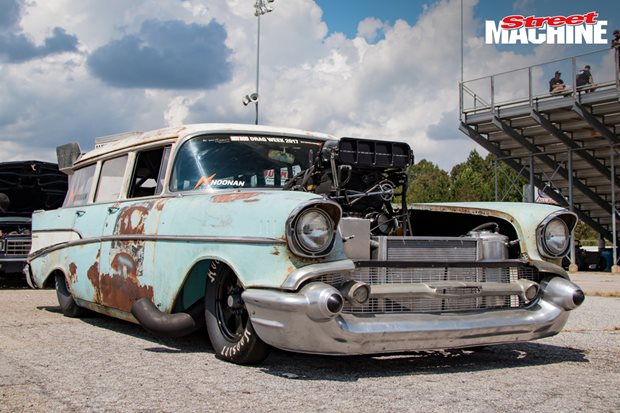 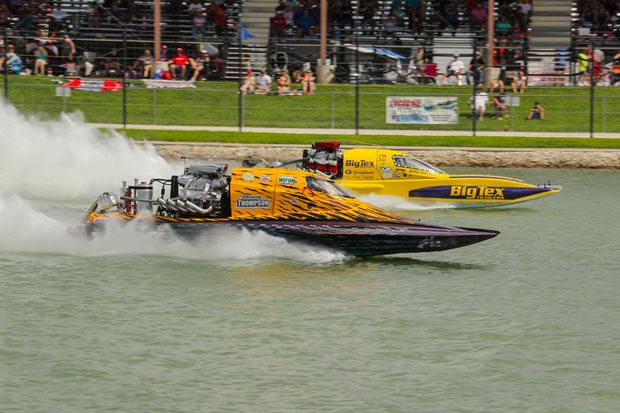 Checking out the crazy world of drag boat racing in America