Arby makes his way across America, towing his LS-powered Valiant to Hot Rod Drag Week with his newly acquired Dodge pick up

STREET Machine’s Mark ‘Arby’ Arblaster and his POR440 Valiant have begun their trek towards Hot Rod Drag Week 2018, with Dorothy the Dodge leading the way.

Never one to let the odds get in the way of a good road trip, Arby climbed into the driver’s seat of Dorothy – a 1969 Dodge truck that has only seen about half an hour of road use in the past 18 months – for a 700-mile trip from Independence, Kansas to Lexington, Kentucky.

The day saw Arby cross into Missouri, Illinois, Indiana and finally Kentucky with POR440 in tow aboard a Kar Kaddy dolly.

A positive first leg saw some musings on fuel use, but a decision to slowly extend the amount of miles between each fuel break eventually ended in a splutter on the side of the interstate. A splash of fuel remained in a jerry can, which proved just enough to get to a gas station before Arby had to resort to siphoning the Valiant. 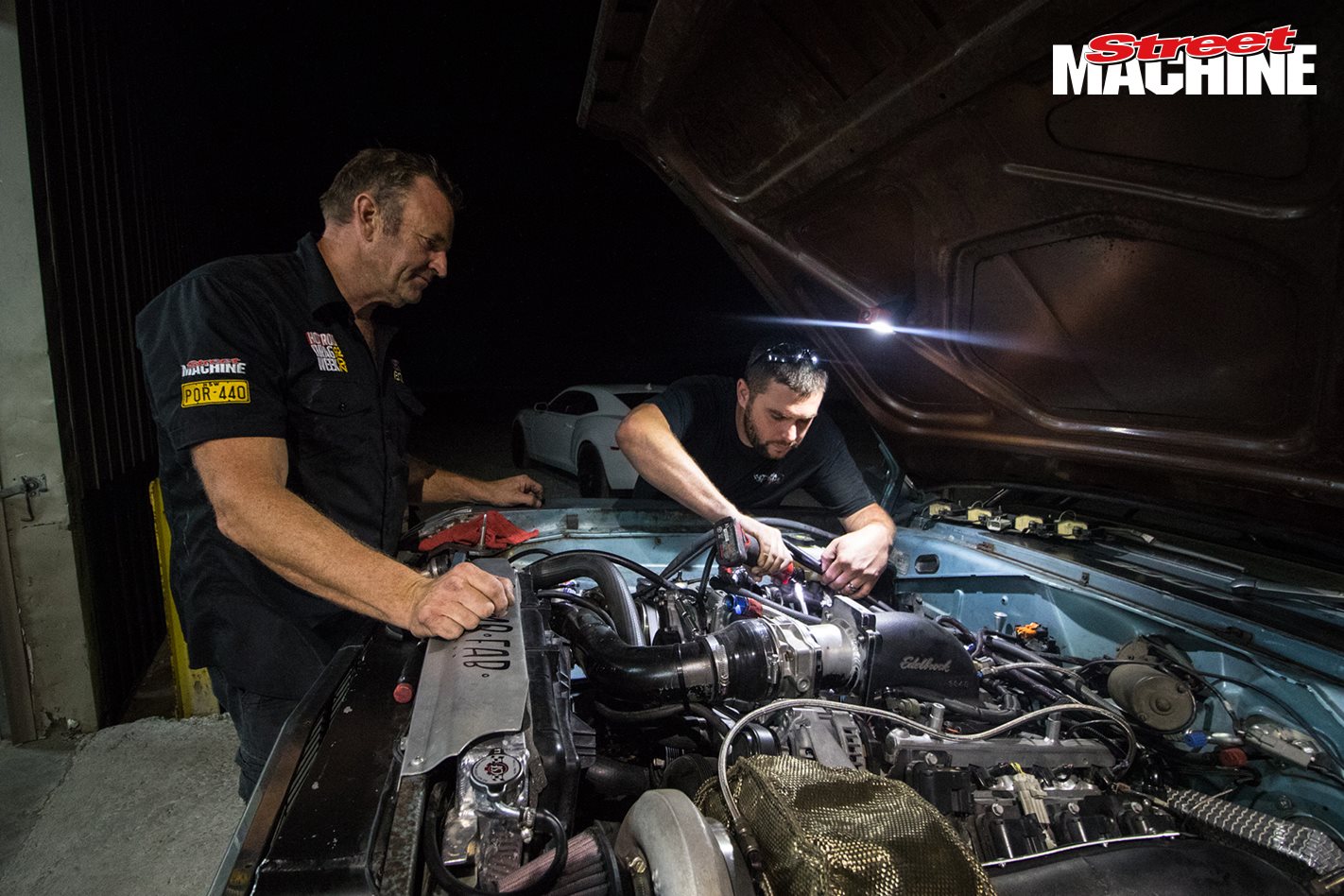 Back on the road once more, and with a maximum range of about 150 miles in mind, the next unscheduled stop was when one of the tie-downs on the Val’s front wheels came loose. A quick reset was all that was needed, but another stop a little later in the day was more serious, with the car almost coming completely off the dolly after a tight turn onto the high-speed interstate. A MacGyver-like effort with some tie-downs got things righted and it was back on the road once more.

Dorothy enjoyed stretching her legs at up to 80mph along the smoother freeways, though she lacked any preference for a lane, keeping Arby on his toes as she wandered freely – a wheel alignment is looking likely in her future.

As the day wore on and with a timezone change to factor in, Arby missed getting to Brian Tooley Racing in Bardstown, Kentucky in time to fit some new pushrods in the Valiant’s 5.3 LS motor. But the Tooley guys were able to put him onto Jared and Kyle at Supercharger Outlet just outside Lexington, who went out of their way to help out Arby’s Drag Week effort. Not only did they replace the pushrods, but Jared also refused any payment for them! The amount of help given to Australian teams in need ahead of Drag Week in the USA is simply extraordinary.

With a midnight finish and a final dash into Lexington proper for the hotel, Mark was ready for tuning the next day at Haltech’s US headquarters. Stay tuned!