Having laid down the fastest pass in Drag Challenge event history in April, Terry Seng is now prepping a new weapon to send stateside

HOT Rod Drag Week is one the most exciting street car events bar none. Pro Mod-style cars with composite bodies lead the charge with six-second timeslips ahead of a field of some of the toughest street-going cars in the world. 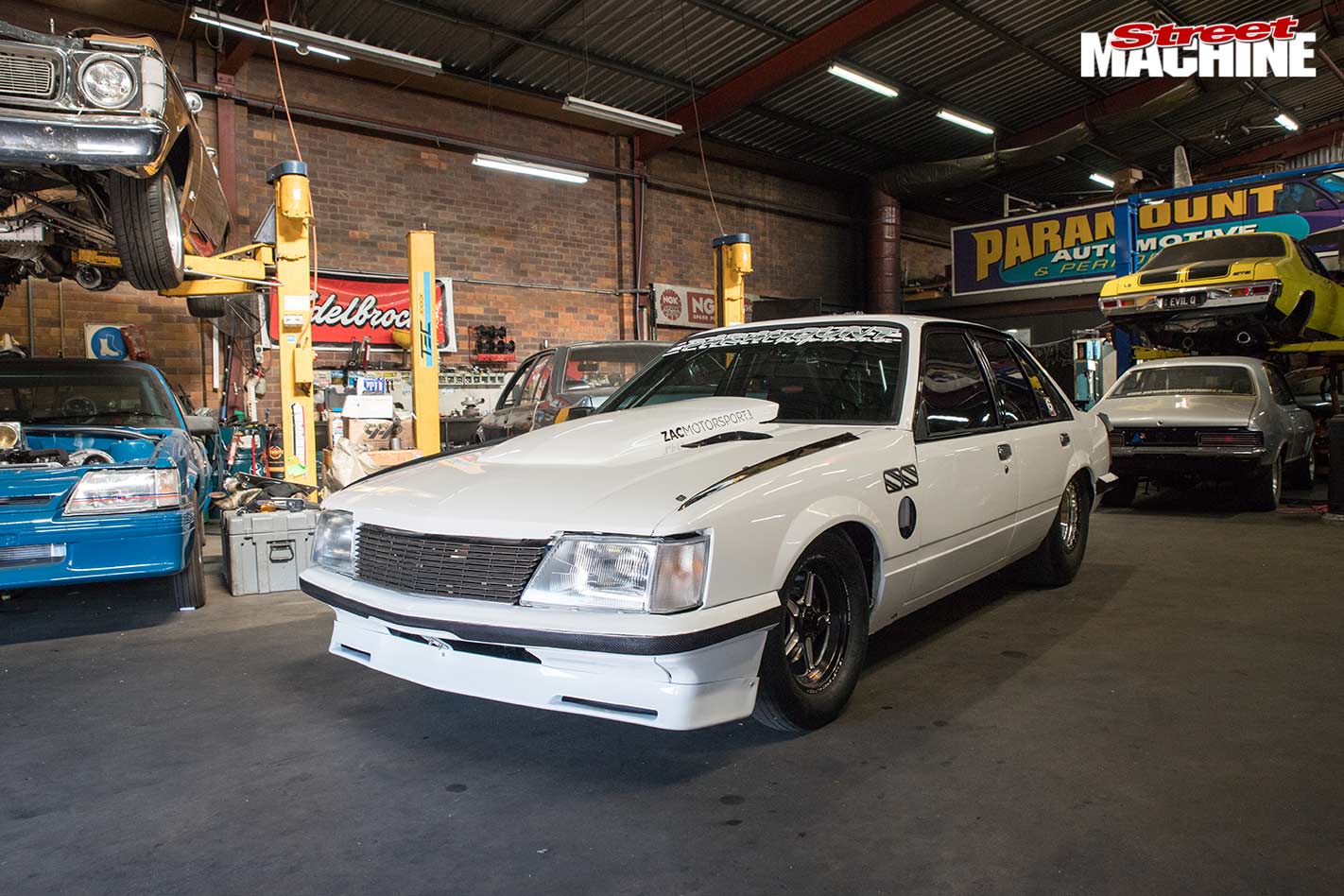 Get on your high horse and say they’re not street cars if you want, but the bottom line is that the cars are built within the scope of American registration. They run to strict safety and event guidelines, and drive close to 2000km over five days while running mega numbers, all under the nose of the authorities and without an issue.

Video: Cruising in the Aussie Chevelle at Drag Week 2017

After a lifetime of feeling my heart skip a beat every time I hear a siren or pass a police car, driving a highly modified car all over the USA – the home of muscle cars – rates as one of the maddest experiences I’ve had. 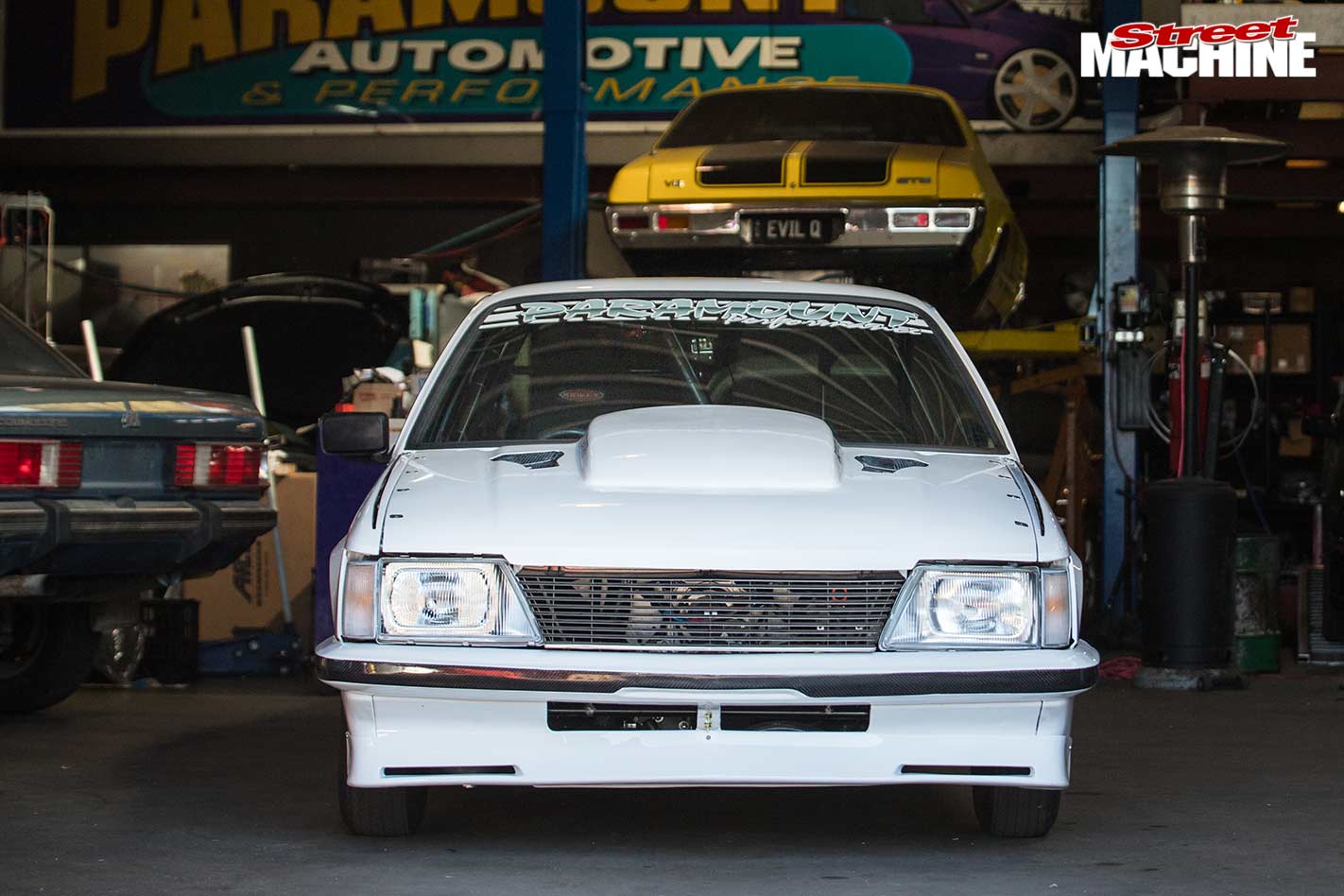 The number of Aussie cars making the journey across the pond has been on the rise in recent years, and John Faraone from Western Australia has been the quickest so far, with ETs into the 7.30s. But this year Terry Seng from Paramount Performance in Toowoomba, is sending across a brand new missile that should put a few of the big-tyre, big-cube and full-chassis monsters at the front of the field on notice.

When you consider the guy has run 7.30s in his VC Commodore with a factory block and what is essentially a stock floorpan and suspension on 275 radials, one can only imagine what he’ll be capable of in a purpose-built car. 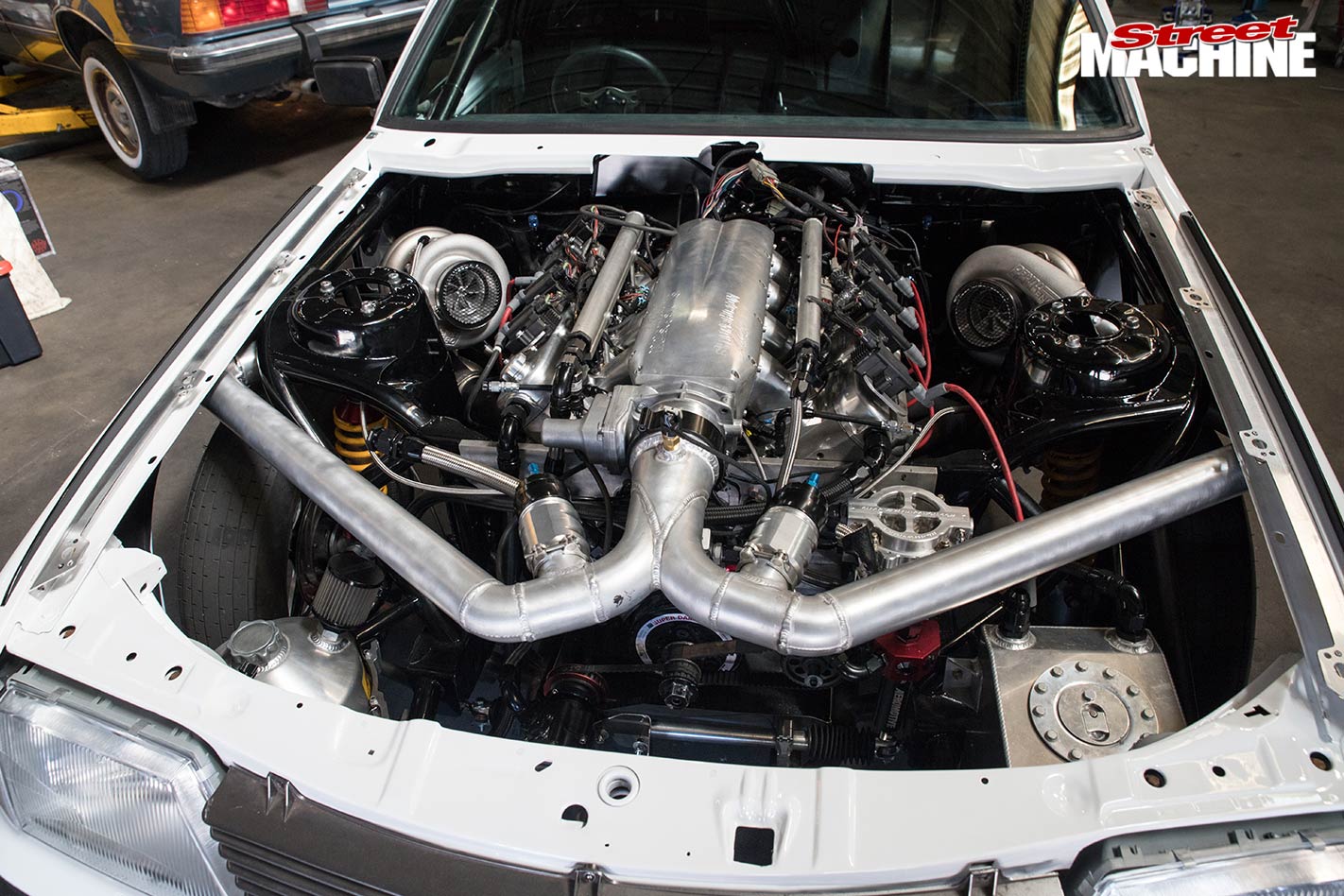 To add to the excitement, Terry’s new race car will be the first to run the Noonan water-jacketed billet block, which will support a whole lot more power than the factory cast-iron block Terry has been using.

“I like VH Commodores,” declares Terry. “It made sense that we use a car we know, and we wanted to build something different. To race competitively at Drag Week would have meant cutting up my old car and fitting a Funny Car ’cage and a bunch of bar work, and that was never going to happen. I’ve always wanted to go to Drag Week, so here we are.” 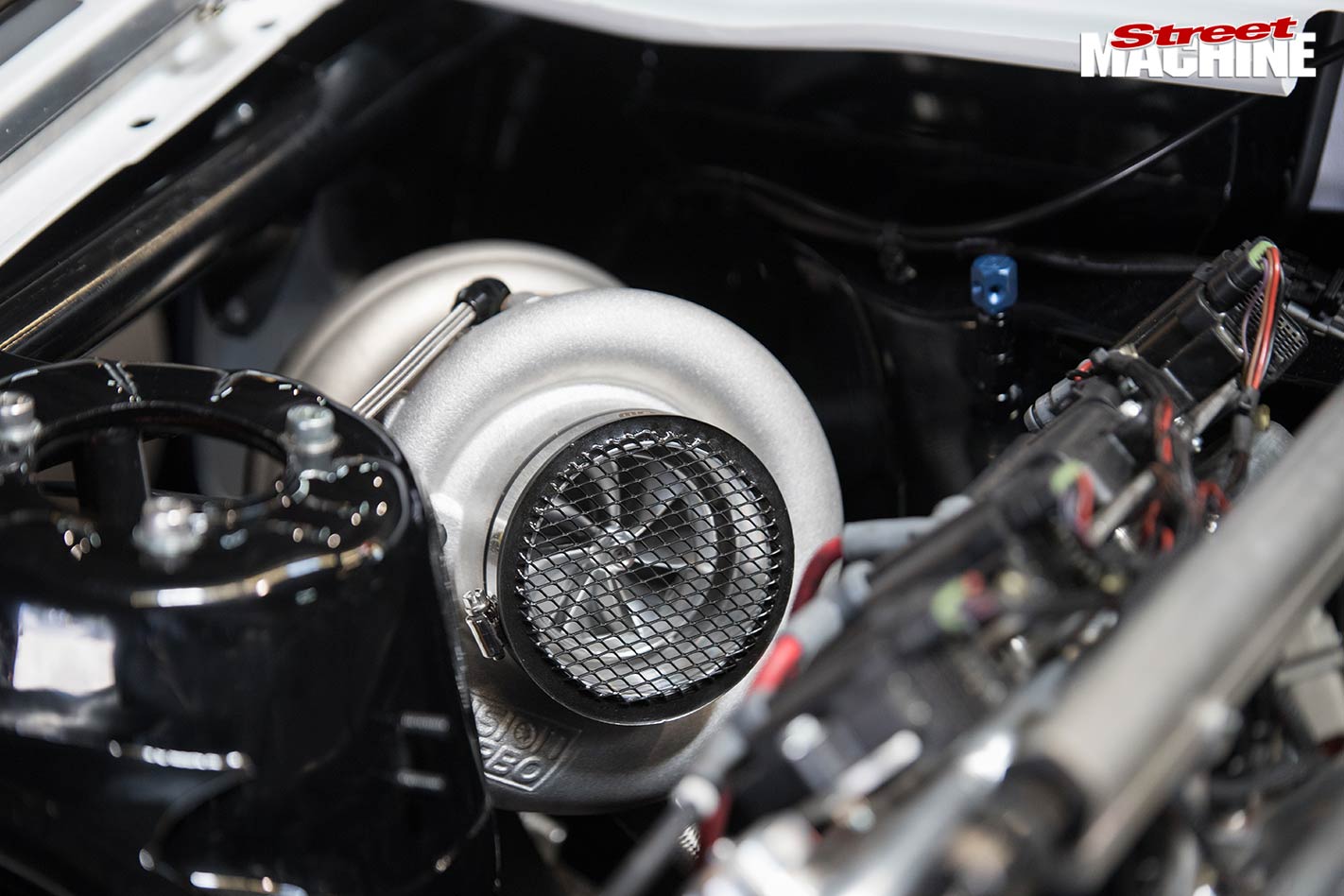 While preparation is key to any successful Drag Week attempt, time is quickly getting away from the Paramount team. As I type, Terry was hoping to get the VH to the Winternationals, before putting it on the boat.

The car has been built with a 25.3 chassis certification, which means there’s a lot of floor bars and a Funny Car-style cage. Up front, the car retains the factory (albeit modified) firewall and still has the original struts, towers and chassis rails, which means it’s LDR (Limited Drag Radial) legal, while at the rear it retains the factory rear suspension points. 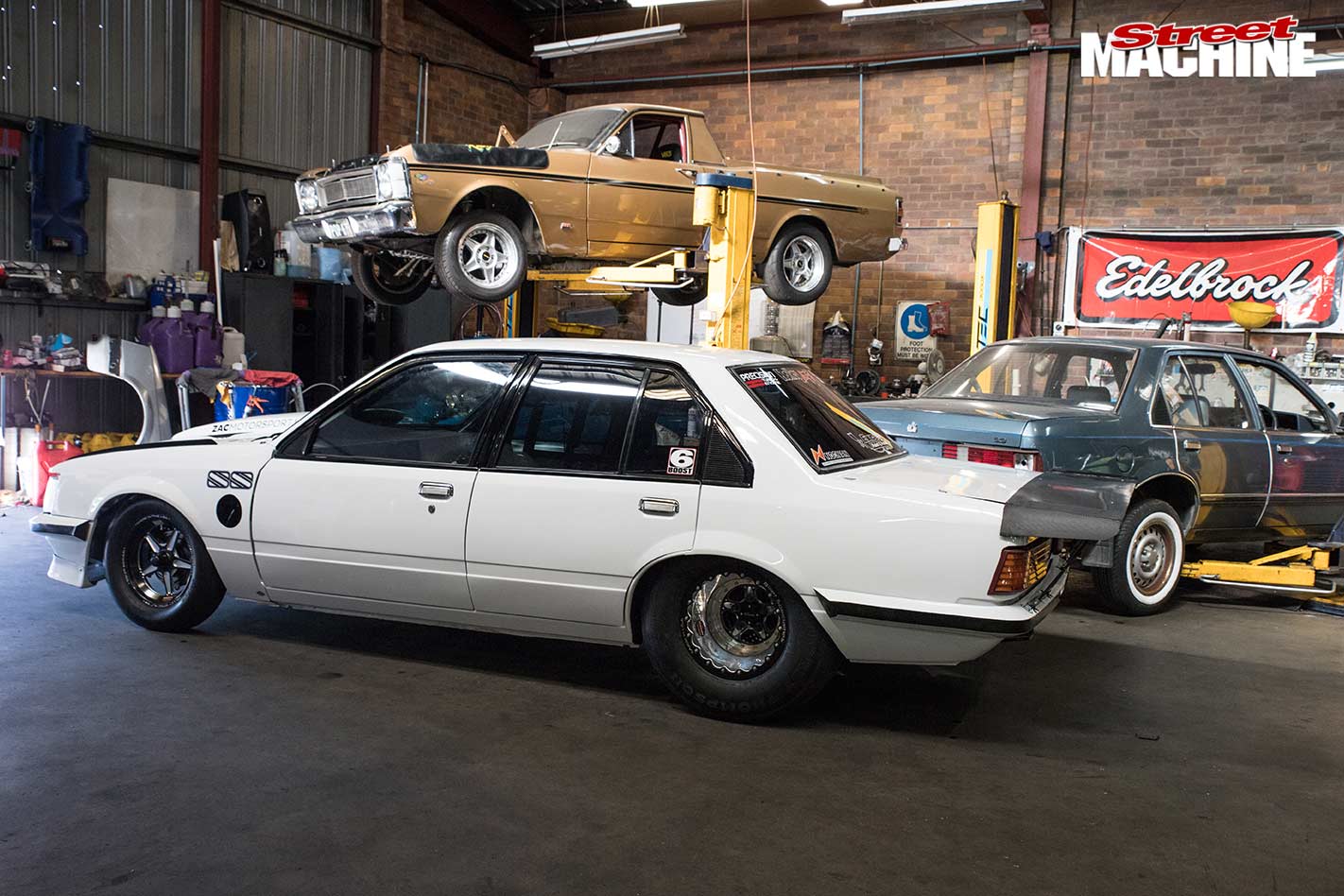 “In reality, we don’t need to make more power as the new VH should be 400-500lb lighter than my VC, so running a six-second pass with the engine we had should not have been an issue. But there’s no denying the new motor will do it pretty easily. It should make 1800hp comfortably, and 2200hp if we want to crank it up.”

The new water jacket-equipped Noonan block will weigh in at just 388 cubic inches and will run a stock-stroke Callies billet crank with GRP alloy rods and 9.1:1 custom blower pistons.

This combination is more favorable than a bigger-cube and higher-compression engine as you still have a lot of room left in the cylinder, and with small cubes you can turn the engine hard. How hard? “I’ll need to spin it to around 9500rpm to run what we need to run, which is in the sixes,” Terry says. 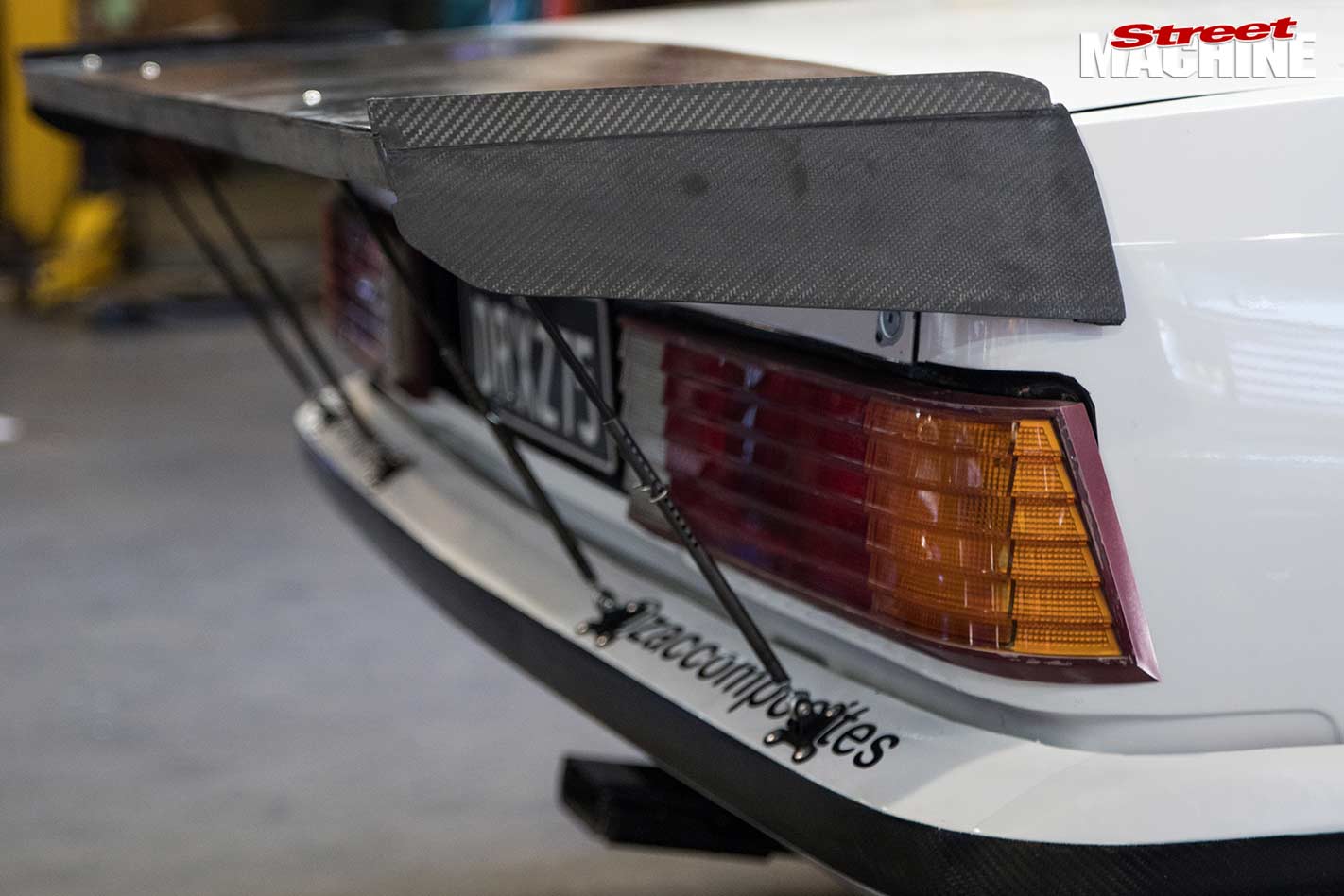 The block has a raised cam tunnel – that’s how all the Noonan engines come – and Terry will run 0.990-inch keyway lifters and a Jesel belt drive. The heads are 255cc Mast units that use a 2.65-inch intake and 1.60-inch exhaust valve.

Instead of an LS9 multilayer head gasket, the engine will be fitted with Top Fuel-style hoop rings with a receiver groove in the top of the cylinder liners, and copper head gaskets with half-inch studs.

Swinging off the front of the engine is a five-stage dry sump pump with a Canton oil pan and an Aeromotive billet belt-driven mechanical fuel pump. Also wedged in the bay is a massive Peterson dry sump tank that holds around 16 litres of oil. 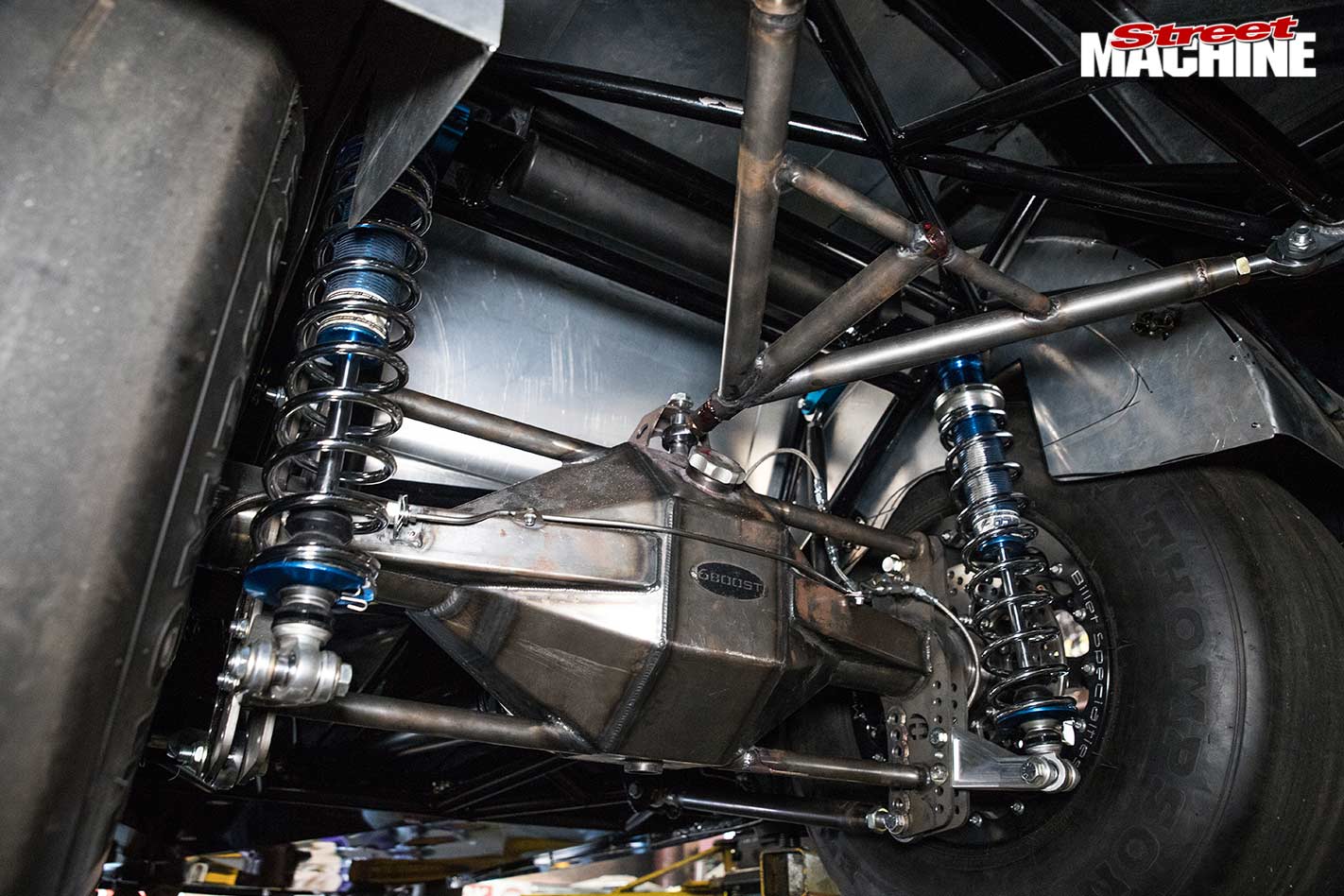 Other go-fast bits include a Shaun’s custom intake manifold with two banks of injectors; a smaller primary set for pump unleaded for street duties, and a larger primary set for when the car gets switched to alcohol.

As the car will be raced on alcohol, there is no intercooler. Stainless turbo headers by 6Boost have 1.75-inch primaries and run into a pair of 7675 Precision turbos mounted at the rear of the engine bay, with dual Turbosmart 60mm wastegates. 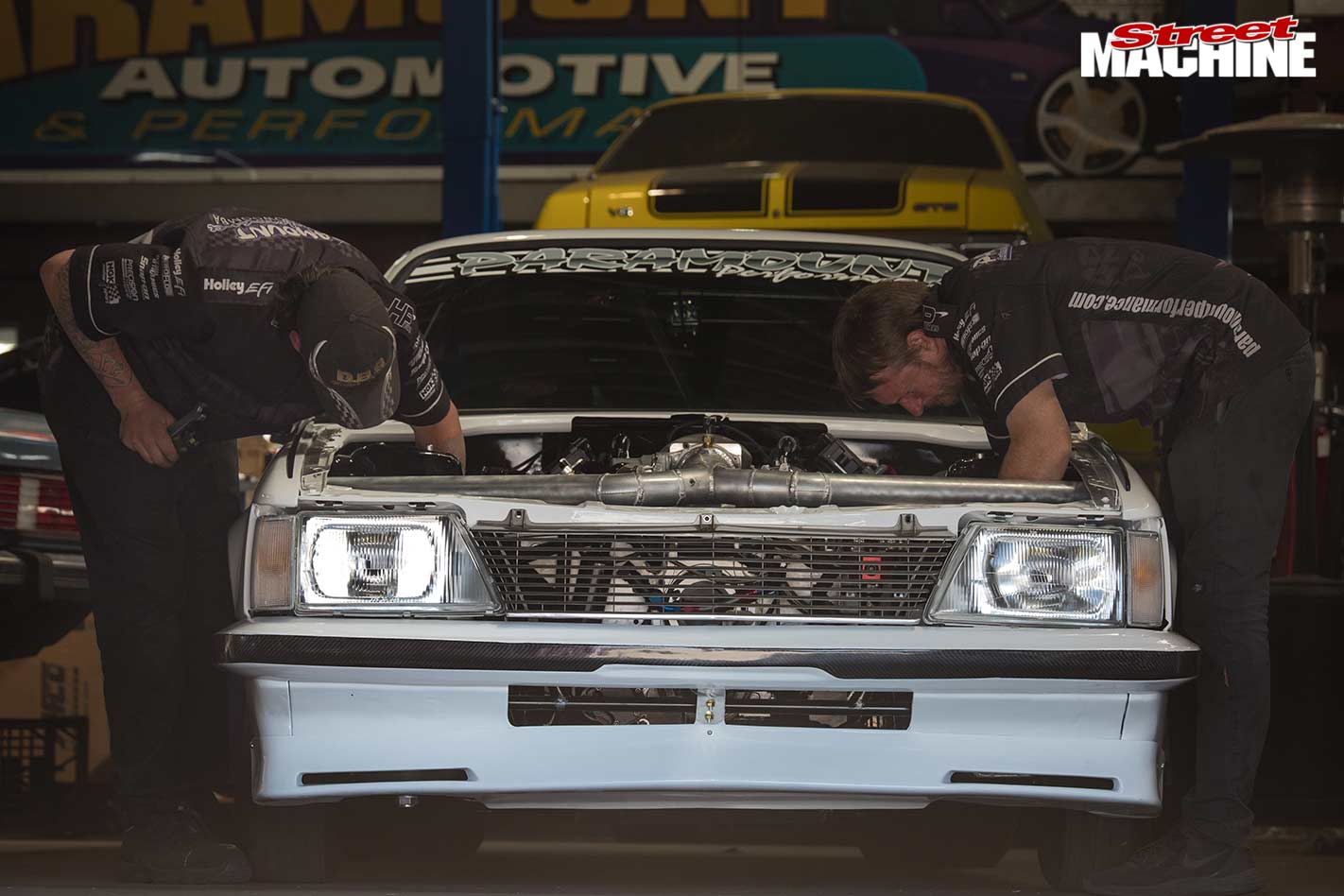 All the panels on the car are steel except for the carbonfibre bonnet (built by ZAC Motorsport), which has turbo feeds tailored into the rear of it.

“The engine is a lot easier to work on than the set-up in the old car, and aside from oil changes and checking the valve lash, maintenance should be pretty minimal,” reckons Terry. “The car still runs a rear fuel tank with a single Holley brushless fuel pump for street duties and a front header tank solely for alcohol and race use.” 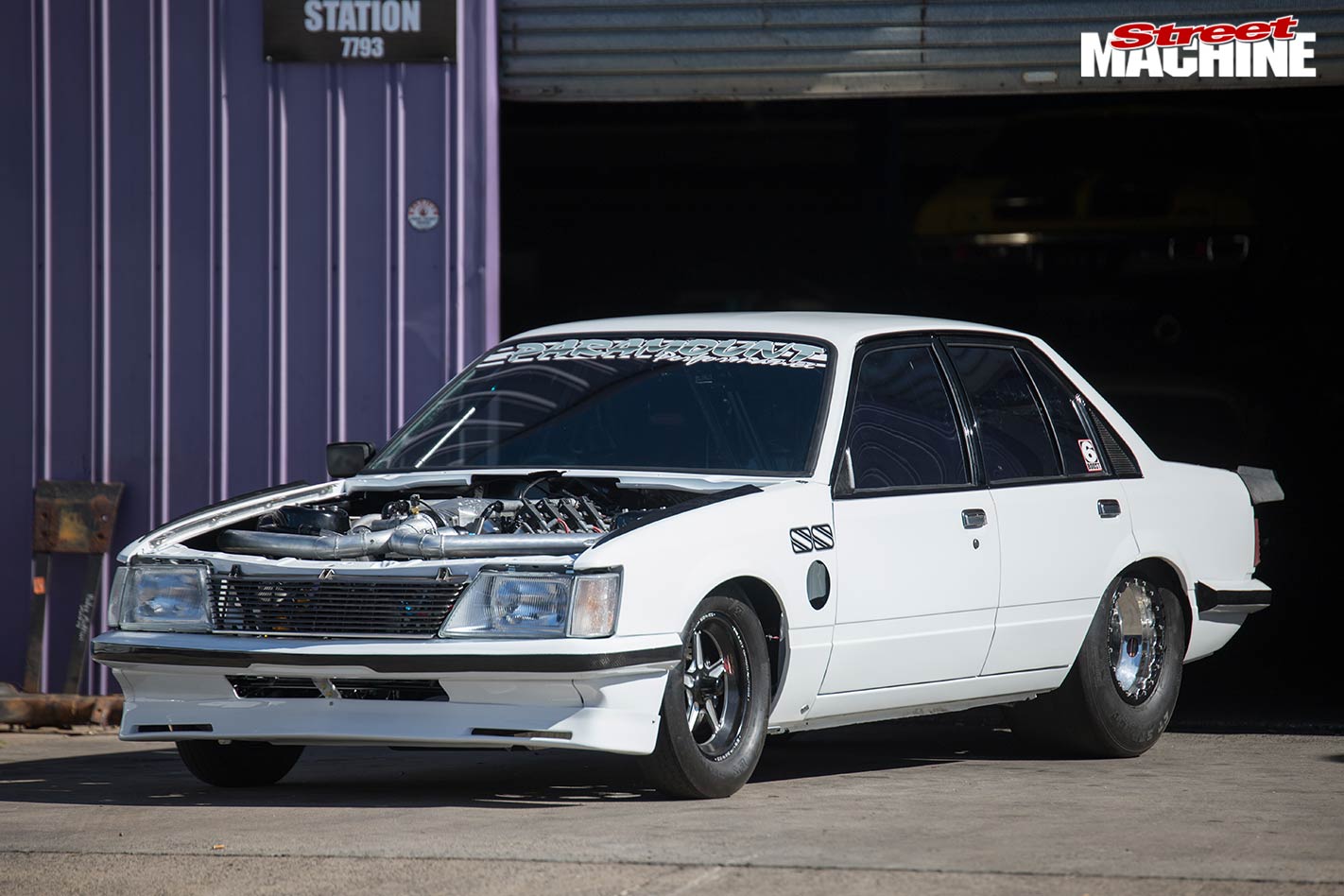 Backing up the small-block is a Powerglide by Keith Neale in the United States, and pretty much the whole rear end has been supplied by Race Products, including the fabricated nine-inch housing, floater kits and axles, all welded in by 6Boost.

As with his other car, Terry will be using the Holley Dominator ECU and the VH will be loaded with sensors from wheel speed to boost, engine and transmission pressure and temperature to oil pressure, and much more. 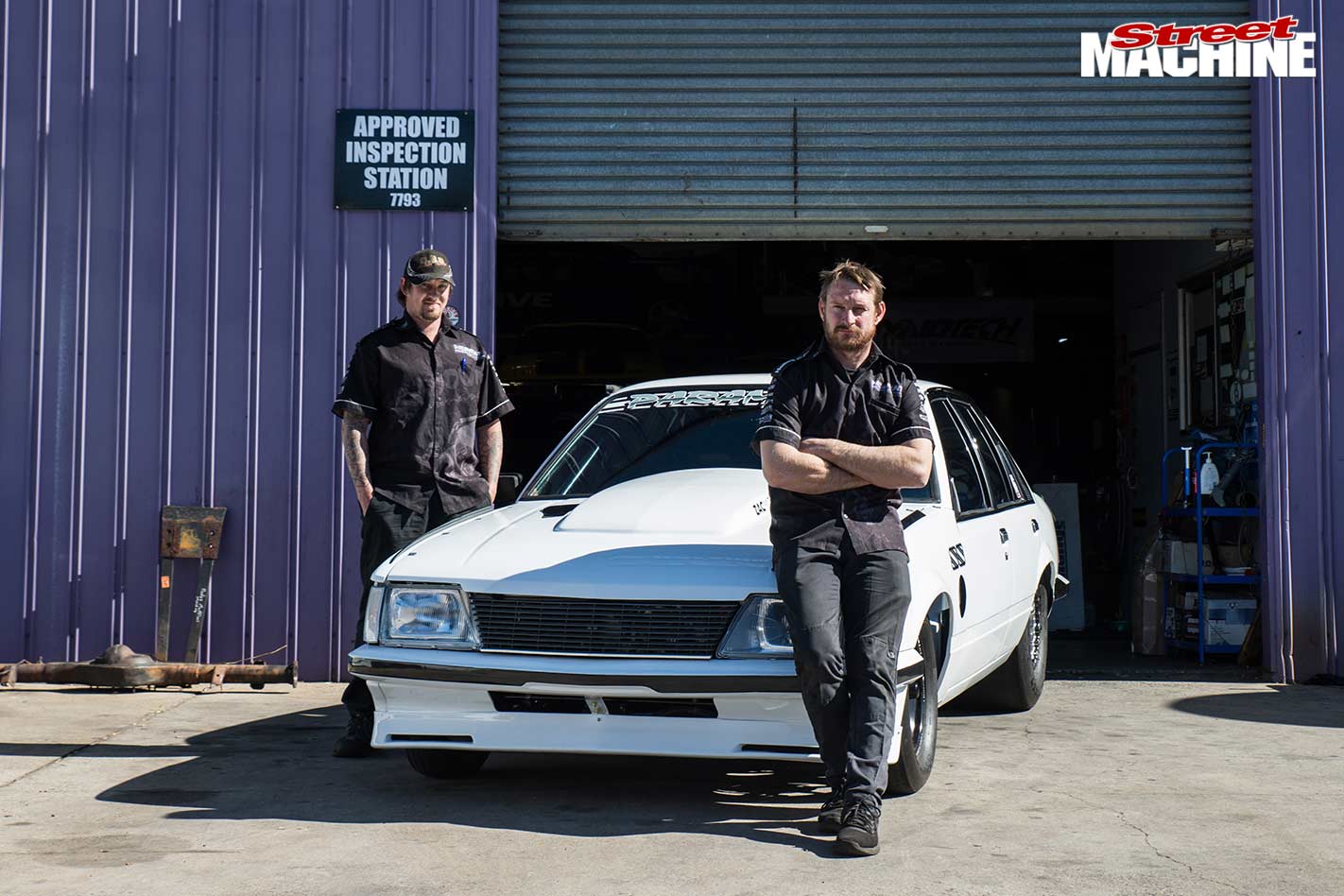 “My goal is to finish at Hot Rod Drag Week and to run into the sixes on a 315 radial,” he says. “In a dream world I’d like to see the car come in at 2900lb in race weight. It’s set up to carry four people (wife Anita and sons Jaidyn and Caleb), and despite the bar work, it’s easy to get in the back of it.” 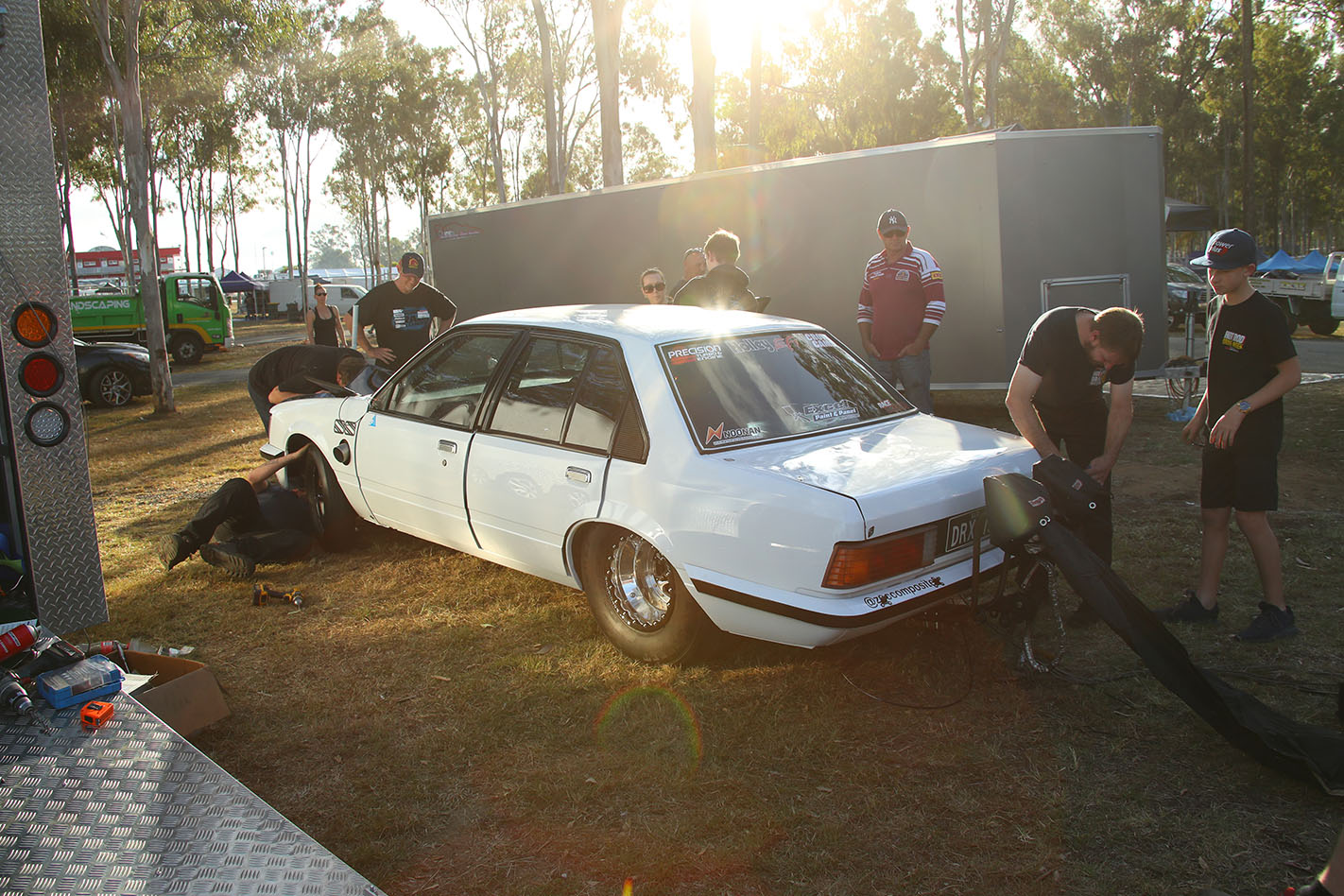 Scotty from Excel Panel & Paint did a killer job of smoothing out the bodywork and then treating it to the all-important HDT Group III White Pointer paint scheme. Will HDT315 become as iconic as HDT275? Only time will tell! 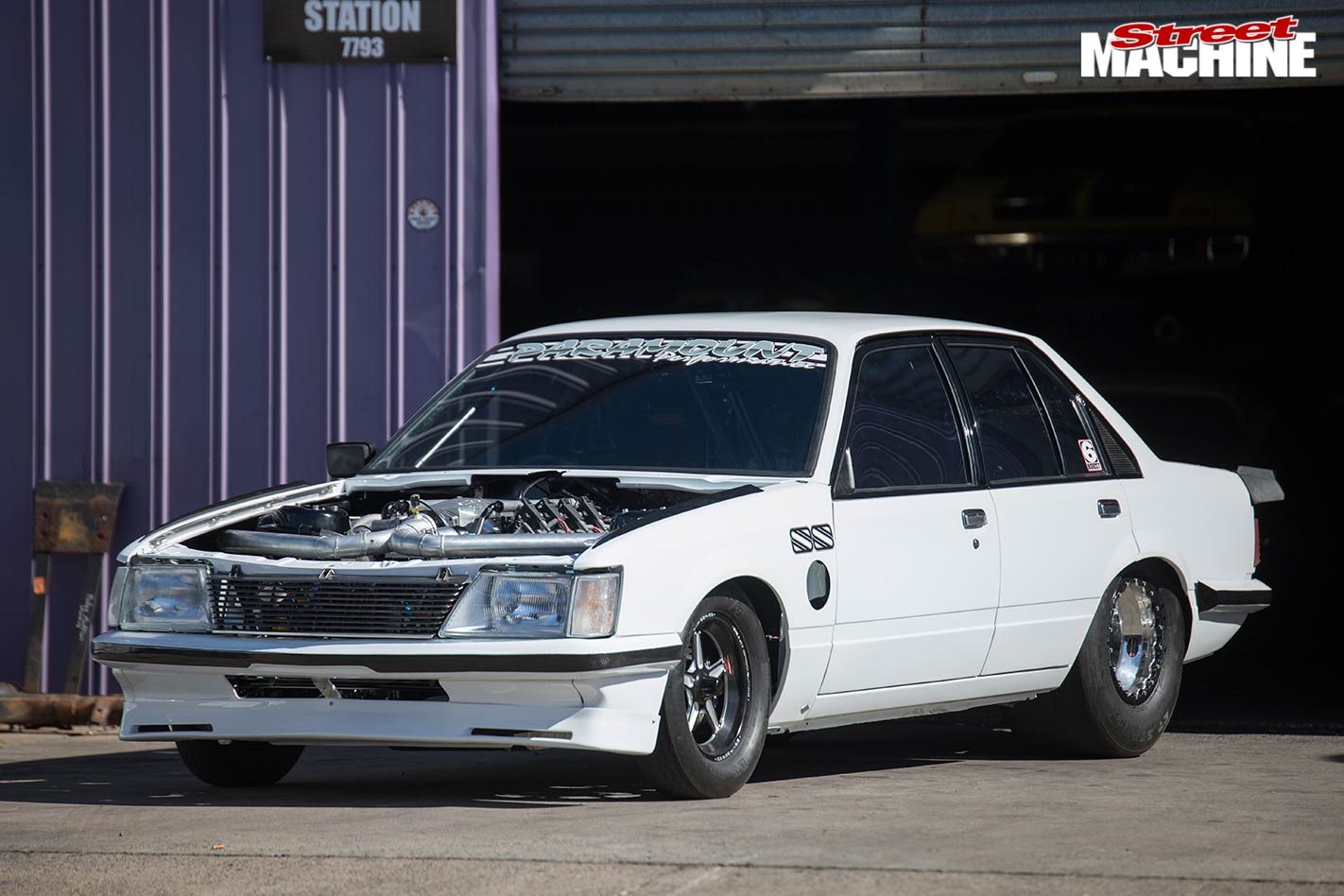 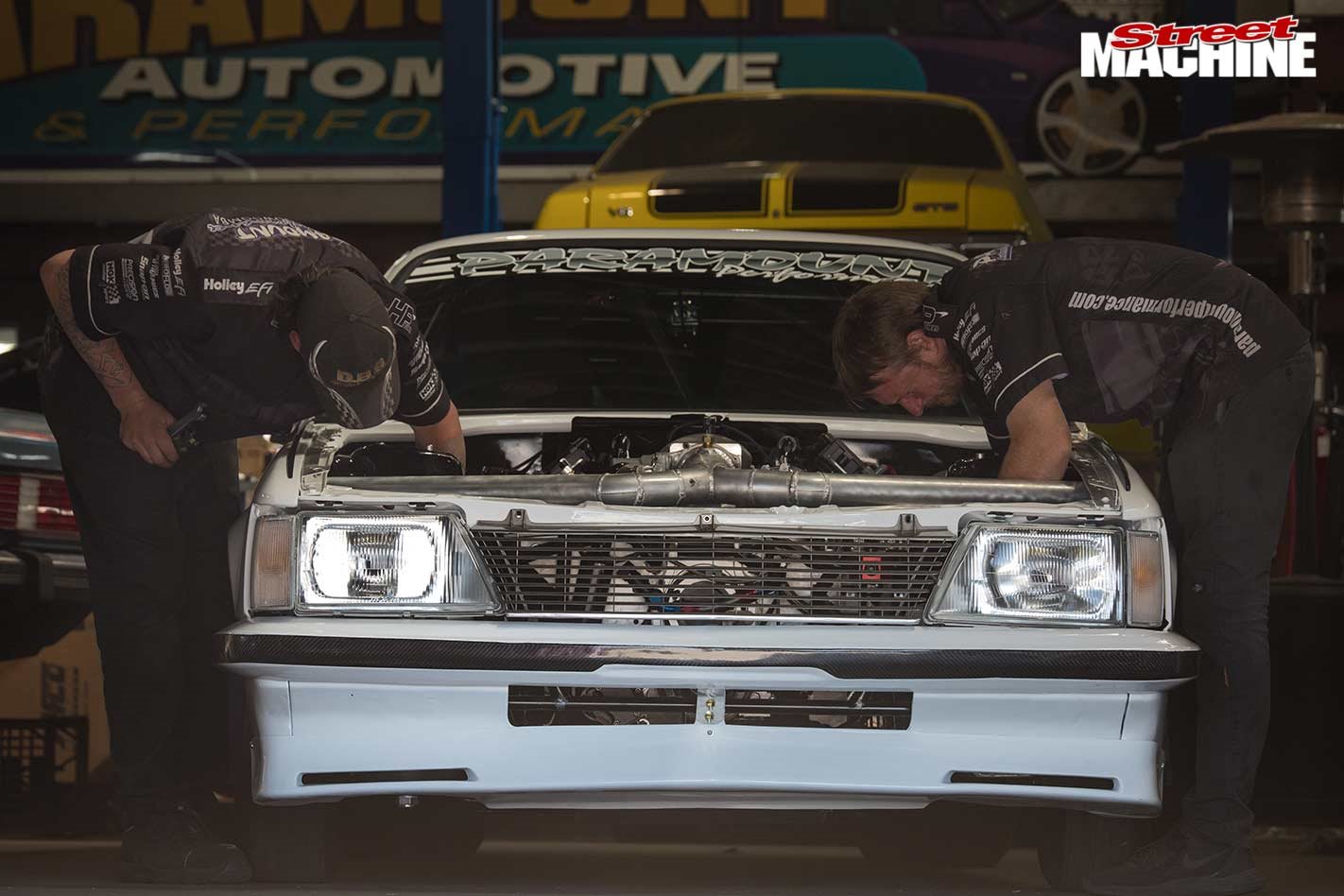 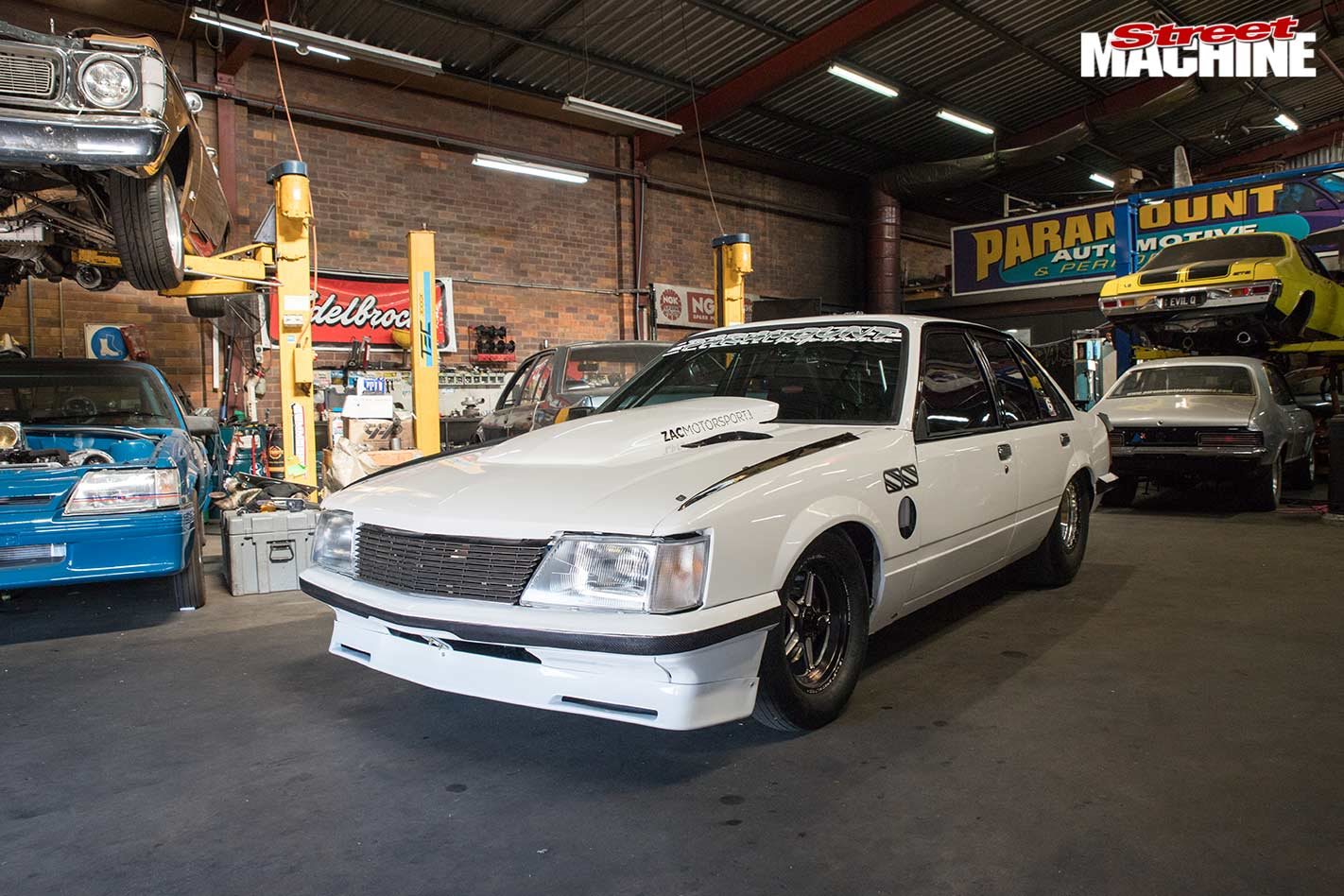 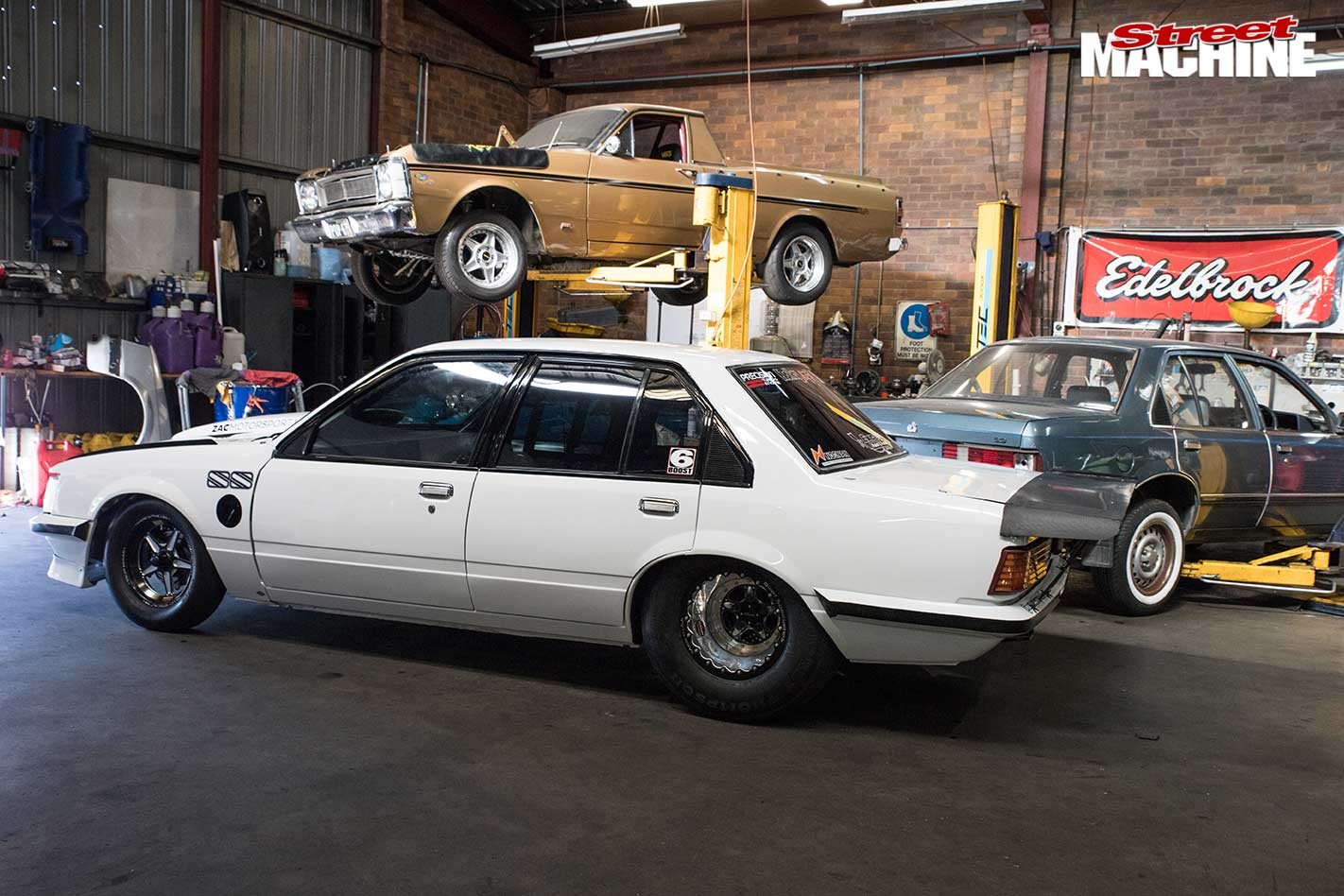 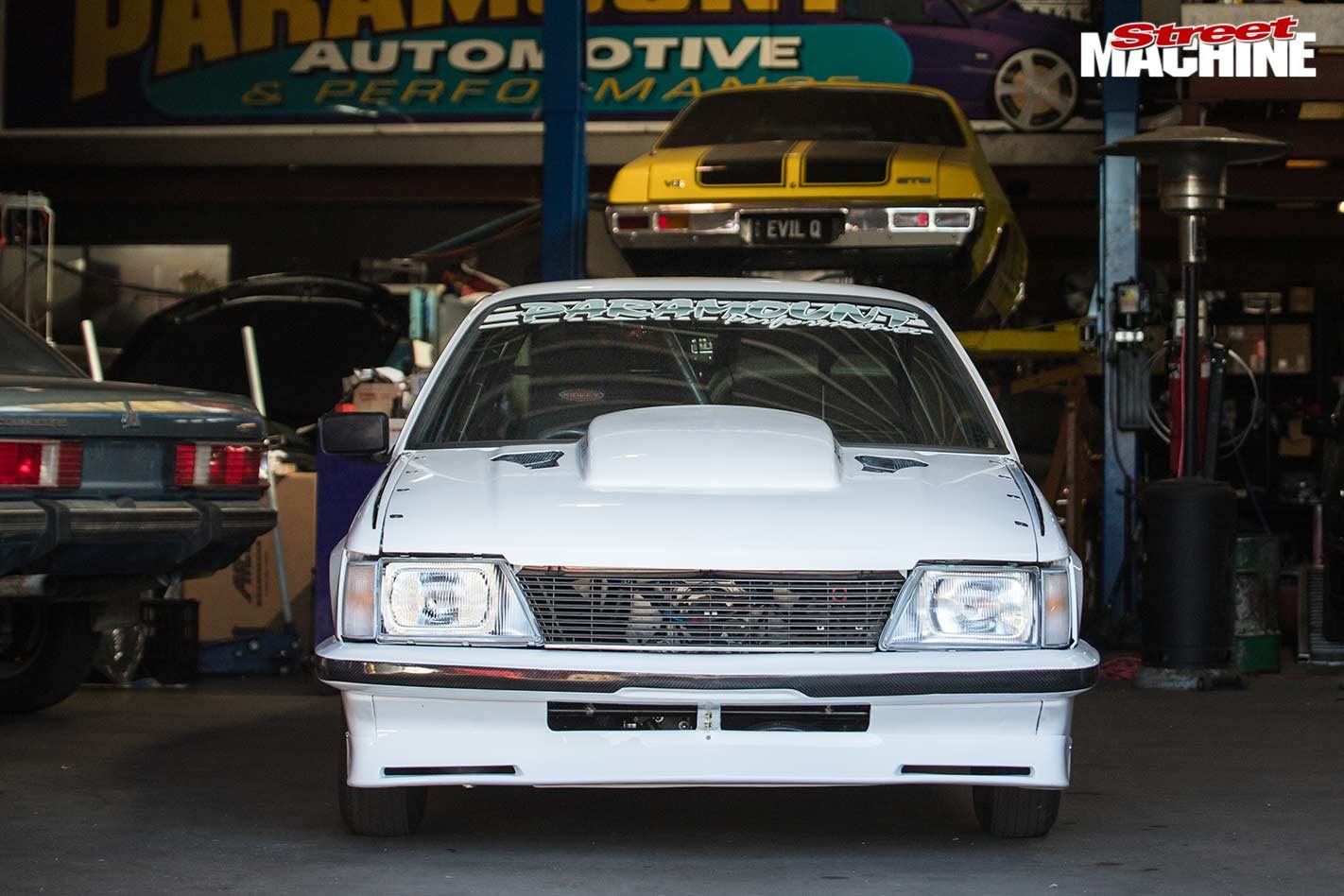 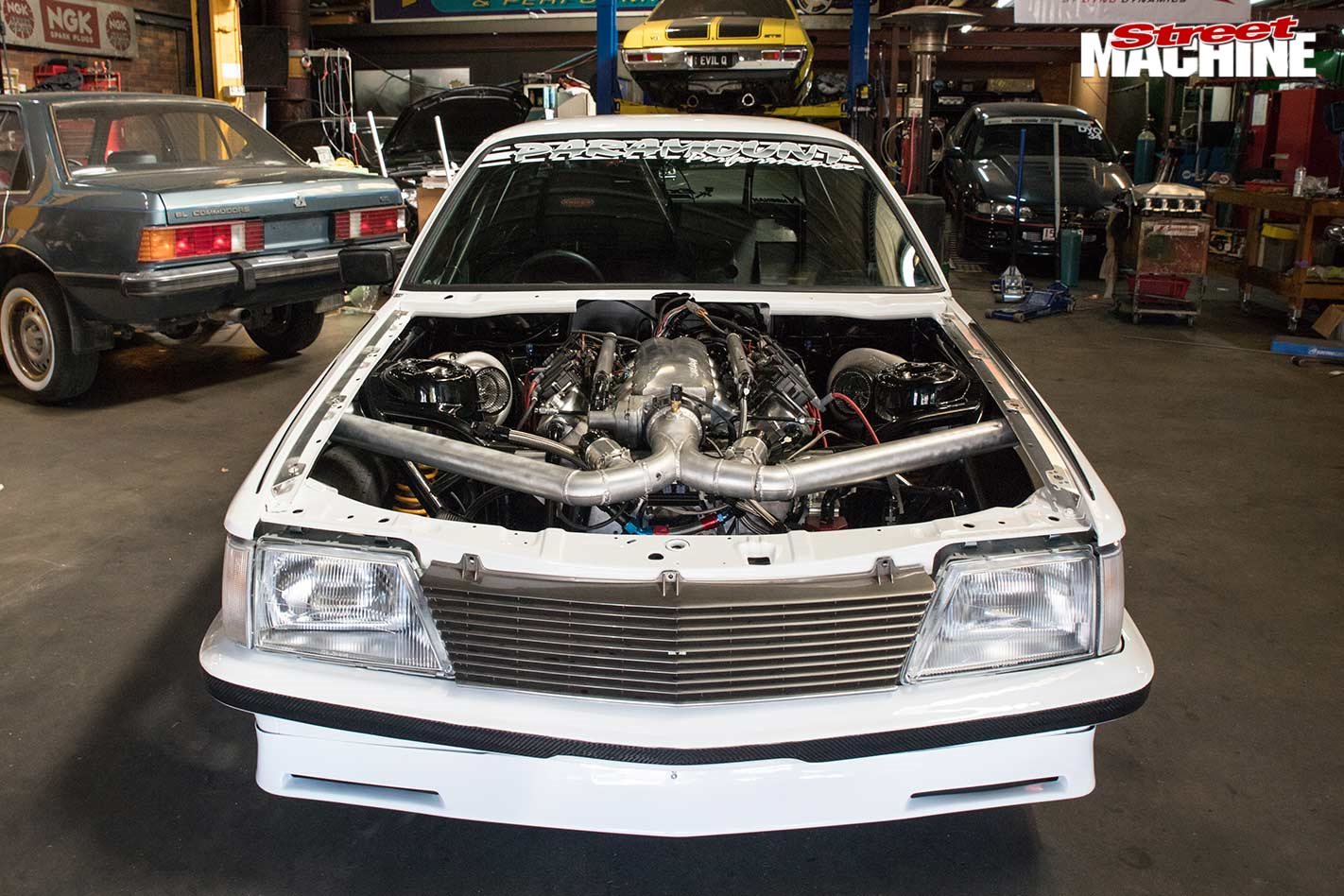 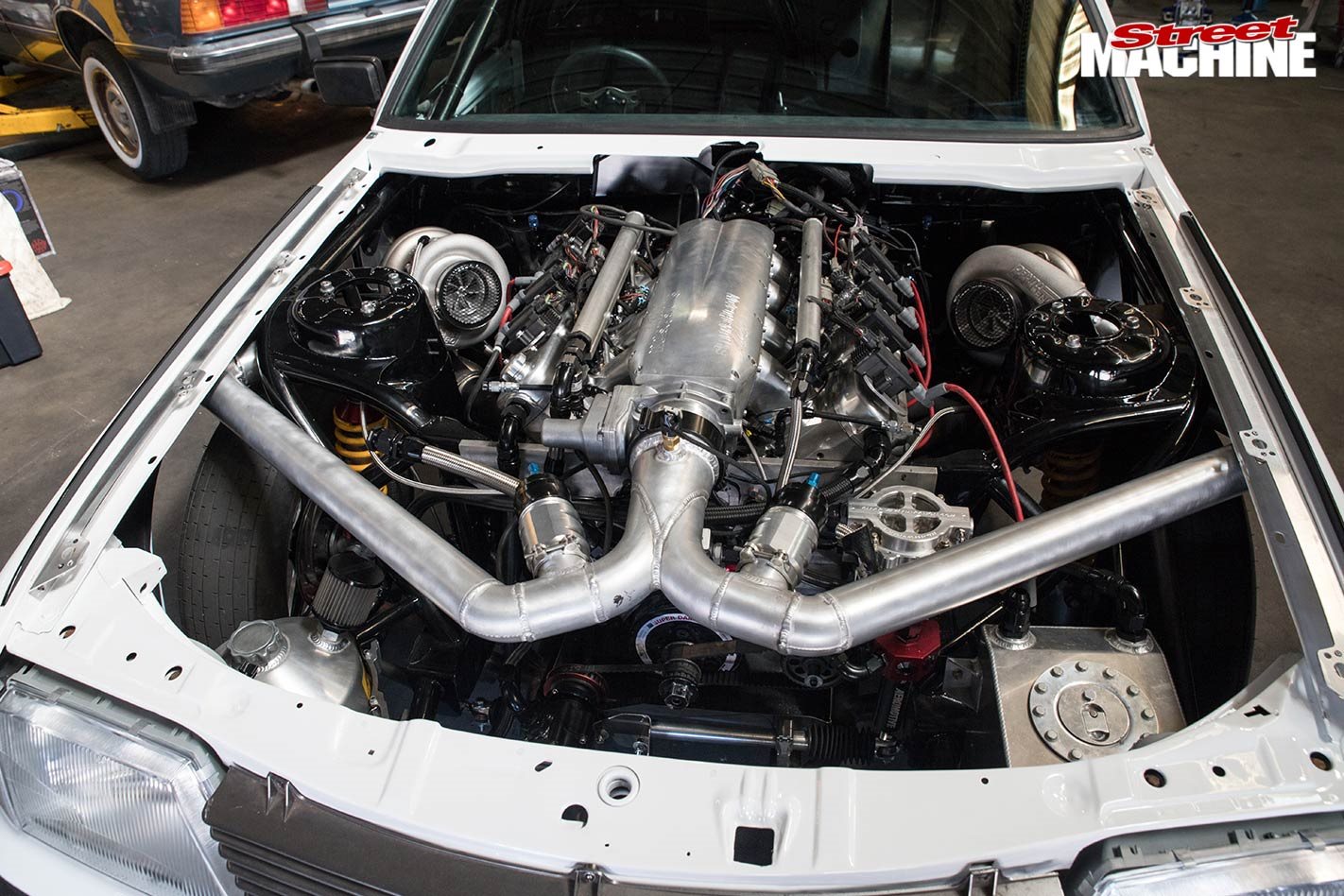 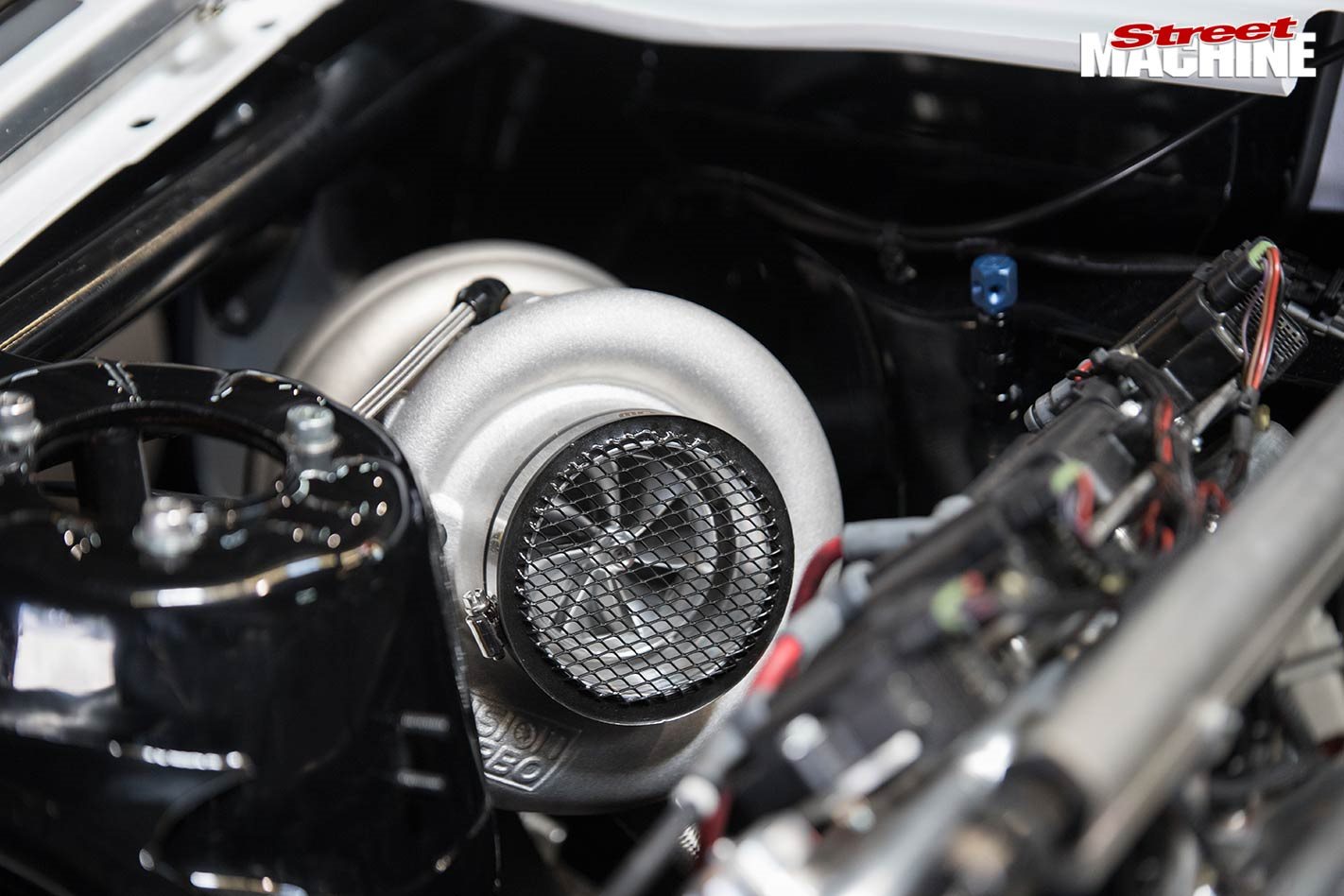 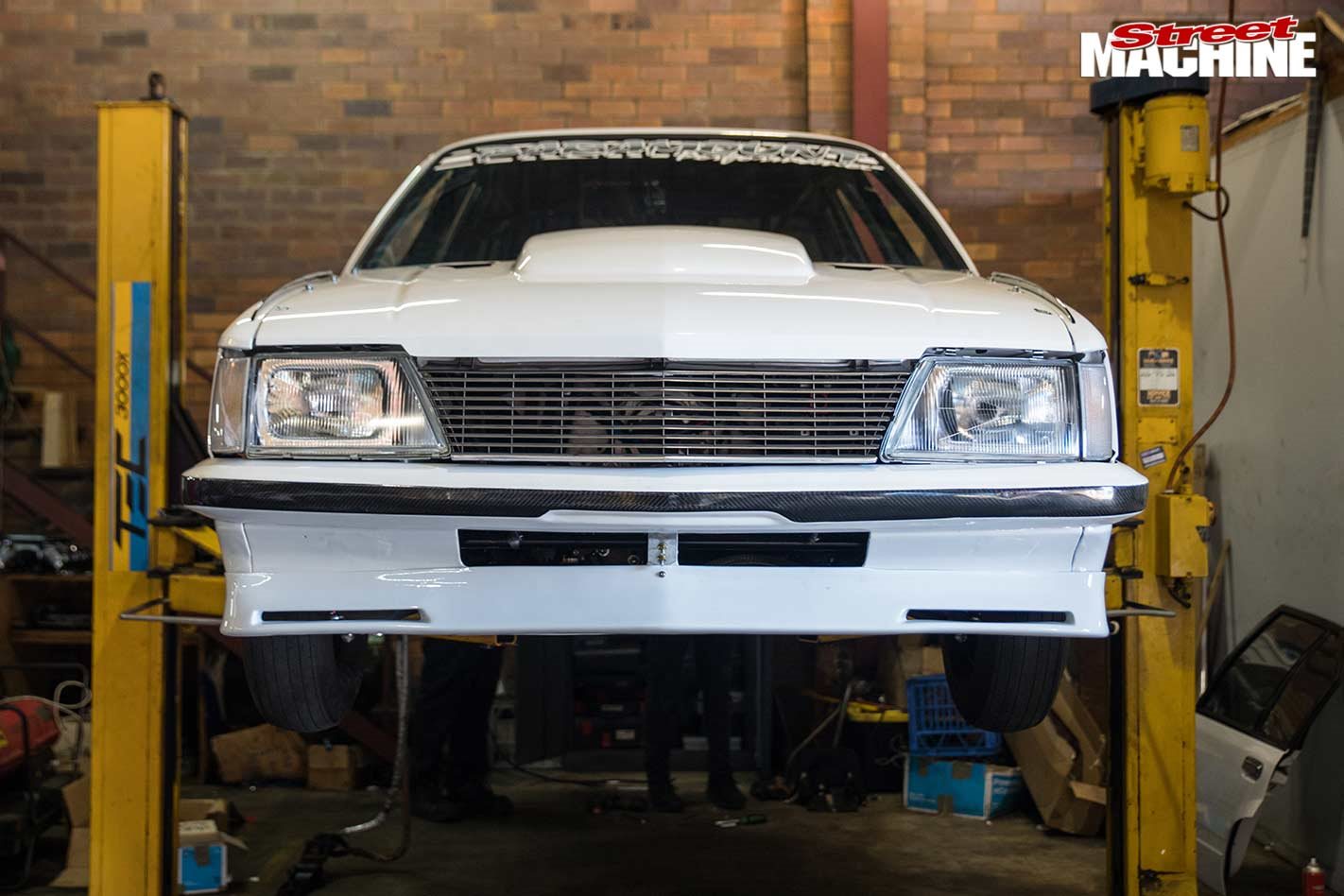 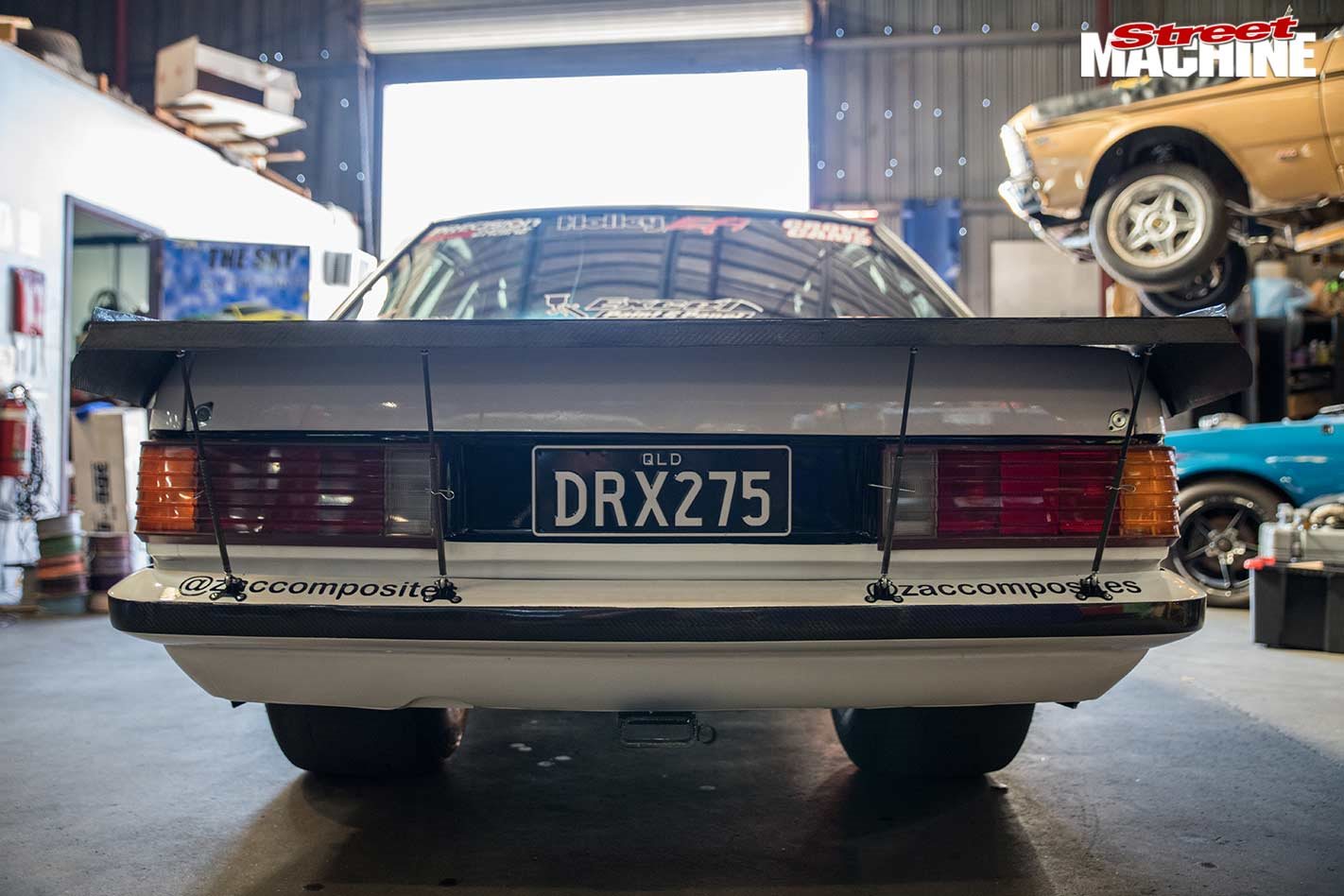 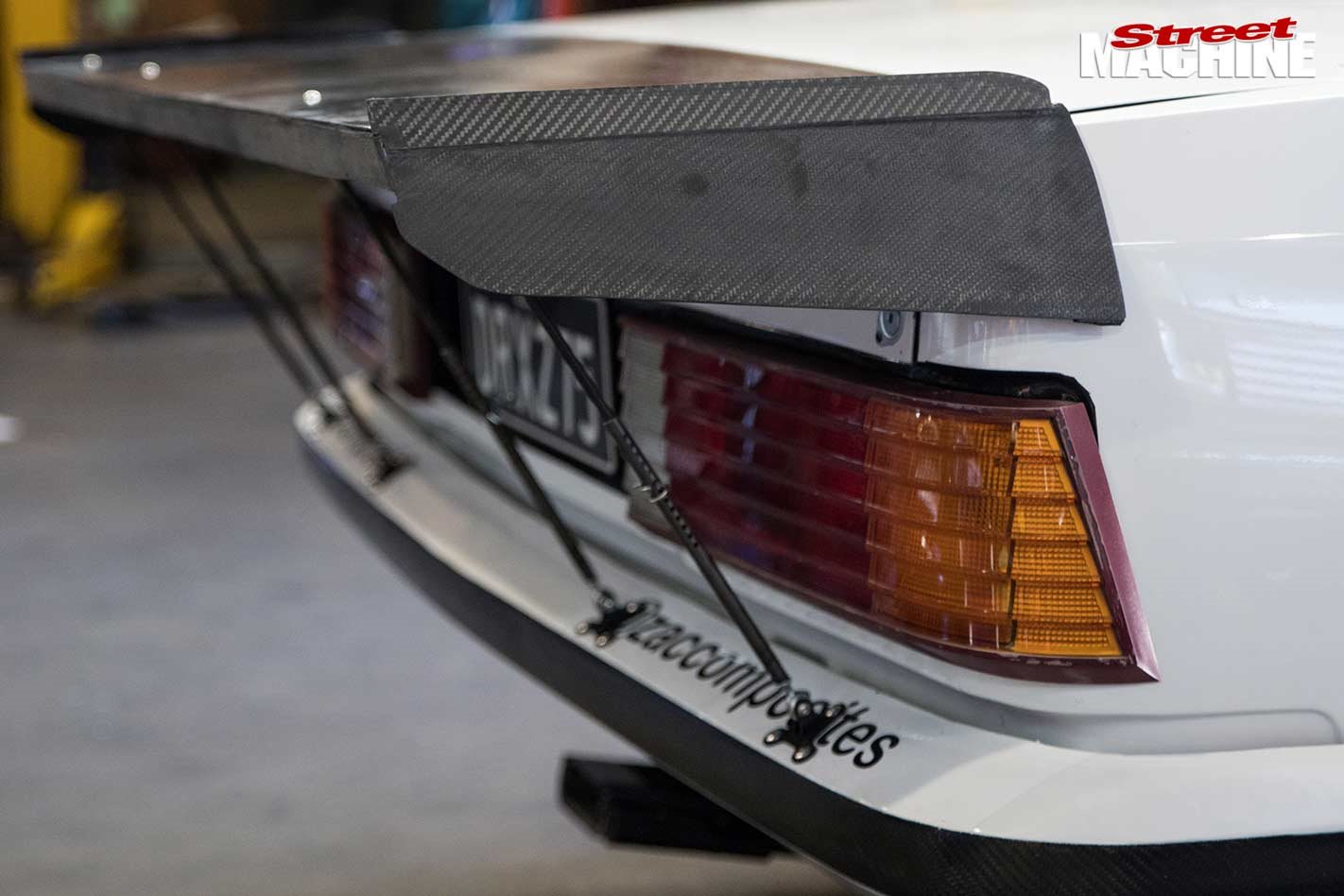 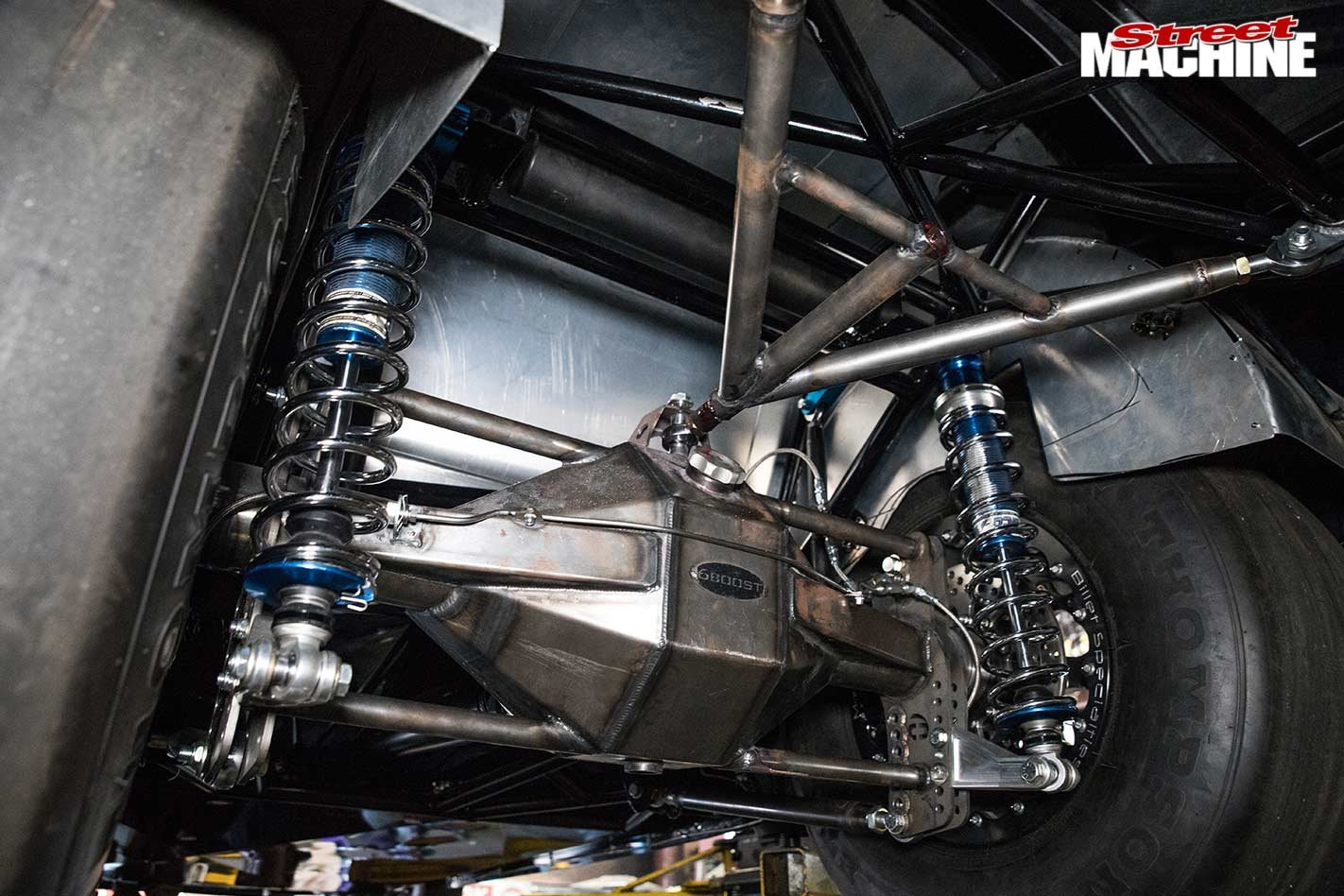 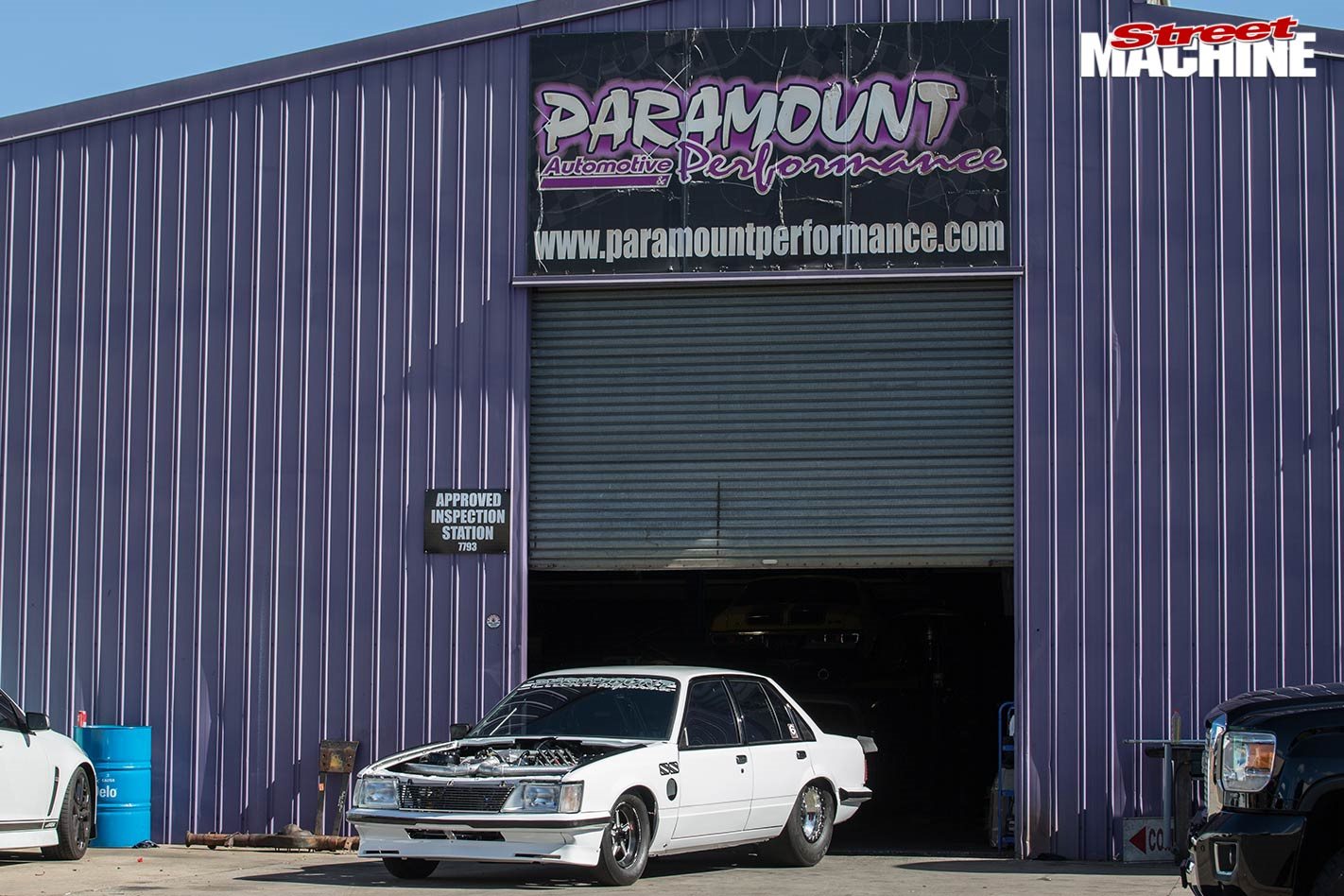 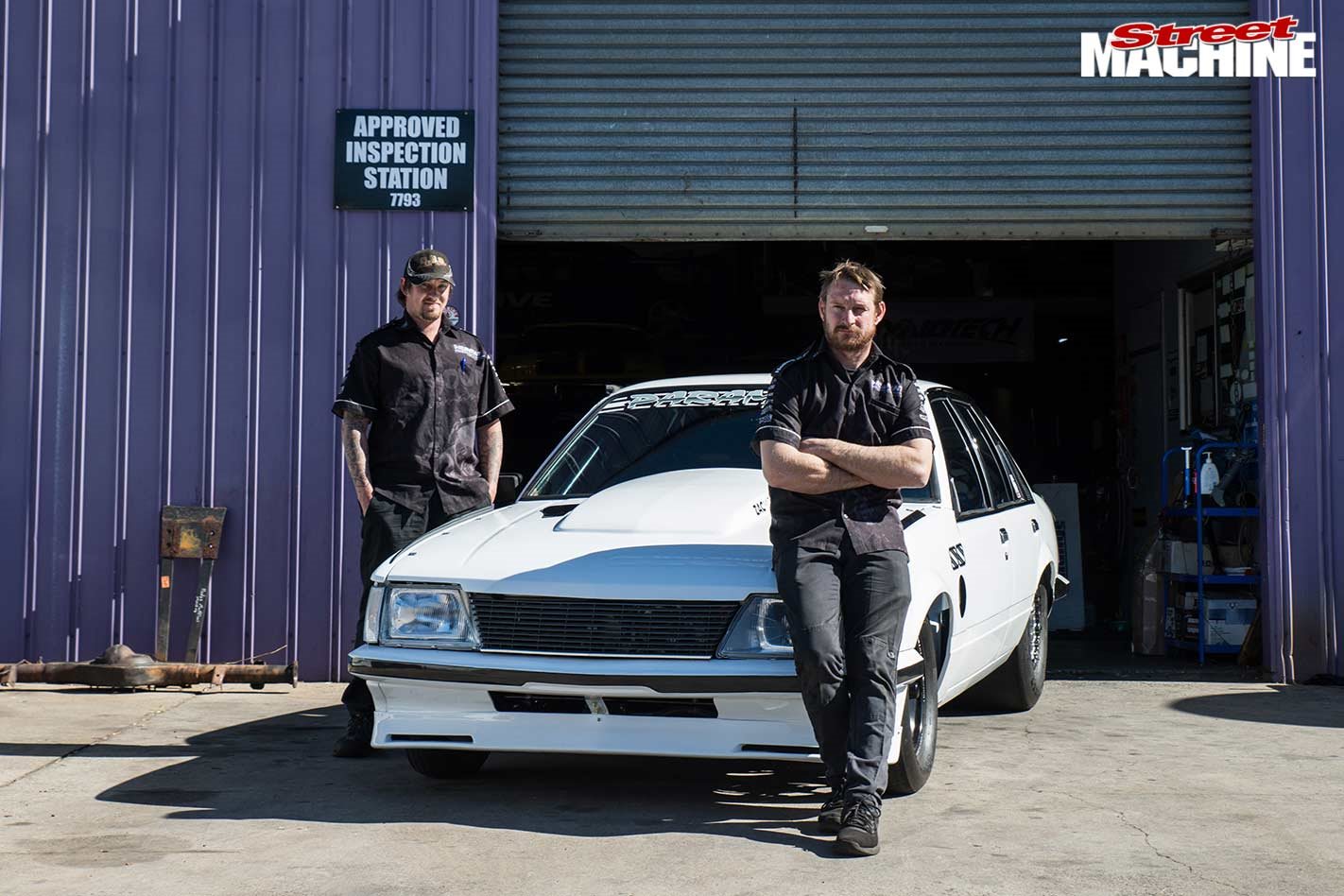