THINGS don’t always go to plan with ground-up rebuilds, especially when you’ve got ambitions of running quick times within a tight deadline. Queenslander Ben Paganoni found that out the hard way when he recently discovered his turbo LS-powered early Falcon ute wasn’t going to be ready in time for its trip to America for Hot Rod Drag Week.

However, the container place was already booked and Ben had his heart set on tackling the event, so he put in a call to the guys at XR6 Turbo Developments and asked them: If they were going to send an XR6 Turbo ute to America for Drag Week, what would they start with? An FG FPV F6 was their response. A few hours later, Ben called them back and said: “I’ve bought an F6; you guys have got 10 days to have it ready for Drag Week.” 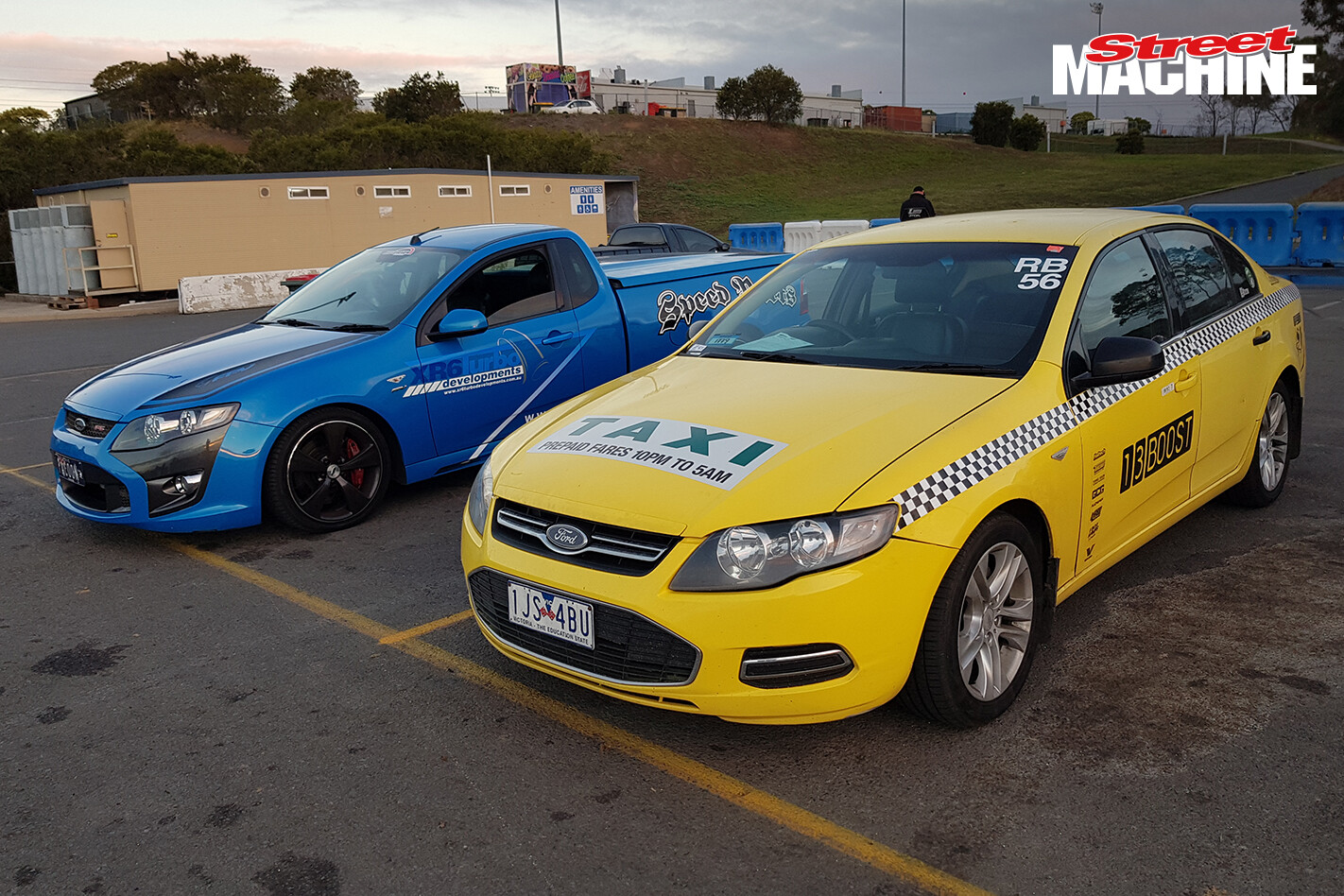 Obviously with such a tight schedule they weren’t going to do anything crazy, but they figured 10-second timeslips were pretty achievable with a stock bottom end, a toughened-up ZF six-speed auto and factory rear end.

Speed Parts and XR6 Turbo Developments supplied a bunch of parts for the build, while Maxx Performance did the heavy lifting in terms of building and tuning the package. The stock-bottom-end FG F6 motor was given stronger head studs, XR6 Turbo Developments valve springs, billet oil pump gear and Atomic timing chain. They retained the factory intake and exhaust manifolds but upgraded the turbo, piping and intercooler, while switching the old injectors out for a set of 1000cc items good for E85 fuel. The factory fuel pump was also swapped out for a Walbro 460, which feeds an engine bay-mounted surge tank with another two Walbro 460s mounted inside. It’s a good plug-and-play set-up that retains all of the factory fuel lines. 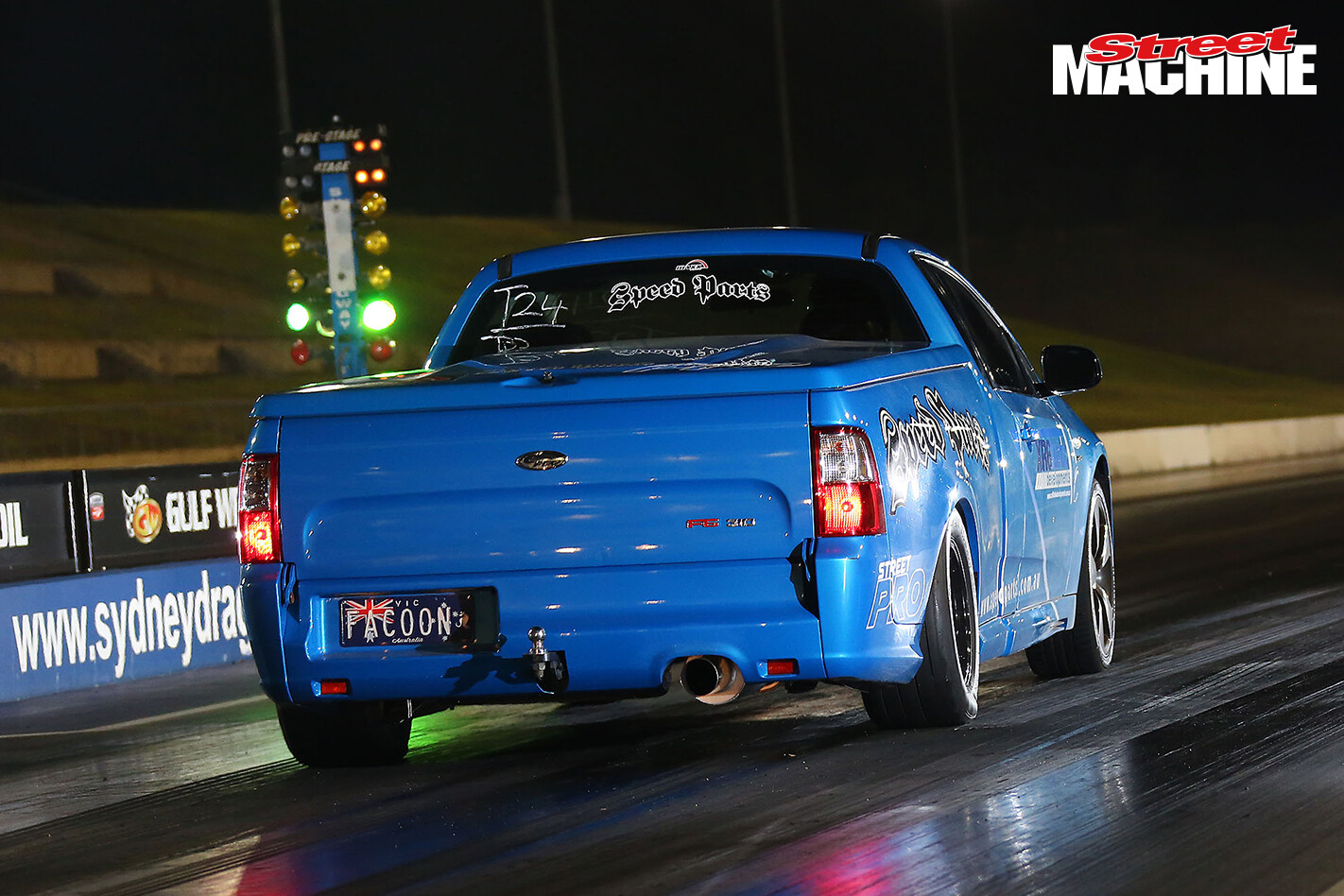 Zane from Maxx Performance tuned the car with the factory ECU and nGauge, which will allow Ben to choose from three different pre-loaded tunes while he’s over in the States. All up, she cranked out 512kW at the rear tyres, but the boys turned it down slightly to around the 480rwkW mark to keep it nice and safe.

After just a few days’ work, Jack from XR6 Turbo Developments and Zane from Maxx Performance hit the road, along with Scotty in the Turbo Taxi, to Sydney to see what sort of numbers the ute would run. It finished up the night with a string of 10-second passes and a PB of 10.56@136mph. Job done; next stop Drag Week!