LOVERS of six-cylinder power converged on Warwick Dragway in Queensland over the weekend for the annual Six Banger Nats.

Run over an eighth-mile track, the event is open to any six-cylinder vehicle, from race cars to pure streeters. Many of the entrants are nostalgia-style gassers, dragsters and altereds, but there’s also a healthy dose of high-tech builds in the mix too.

That variety is a large part of the event’s appeal. While many areas of motor sport encourage conformity in the name of parity, events like this bring out the best in creative backyard engineering.

With its 13-inch rims, the car has a total sleeper look – apart from the blower sticking through the bonnet! Jason ran some mid-seven-second passes, came second in the Blown/Turbo class and had a ball with his mates.

Rain brought the meeting to a premature finish, but the track was able to come up with class winners. NSW legend Mick Borg won Modified in his Holden six-powered dragster; Blake March from Glen Innes won the Stick Shift class in the HB Torana that his dad first raced in the early 80s; and event organiser Lyn Stewart won Super Sedan in her famous Gemini sleeper.

The biggest meeting of the year at Warwick is the Drag Fest, 18-19 October – check out www.warwickdragway.com. 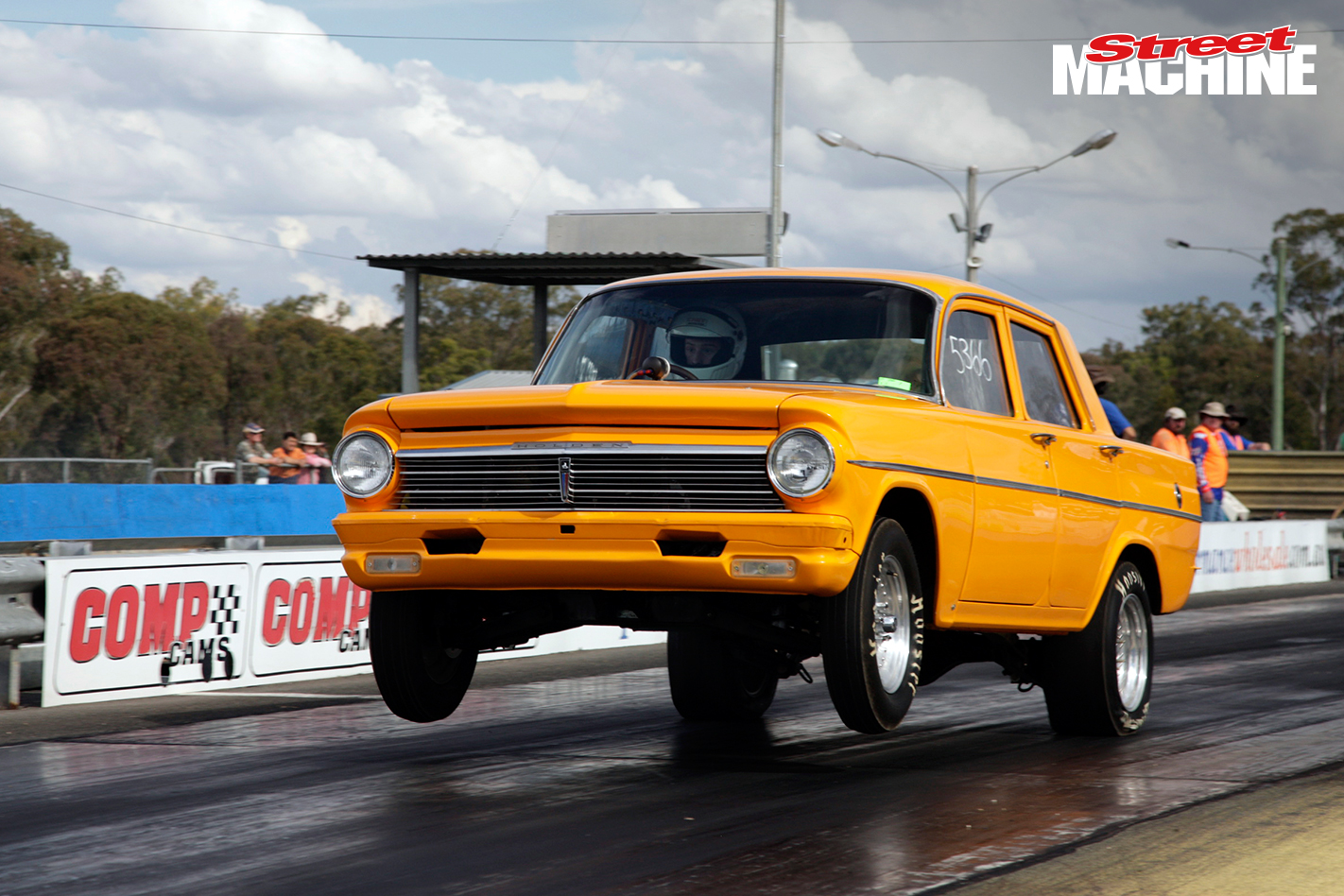 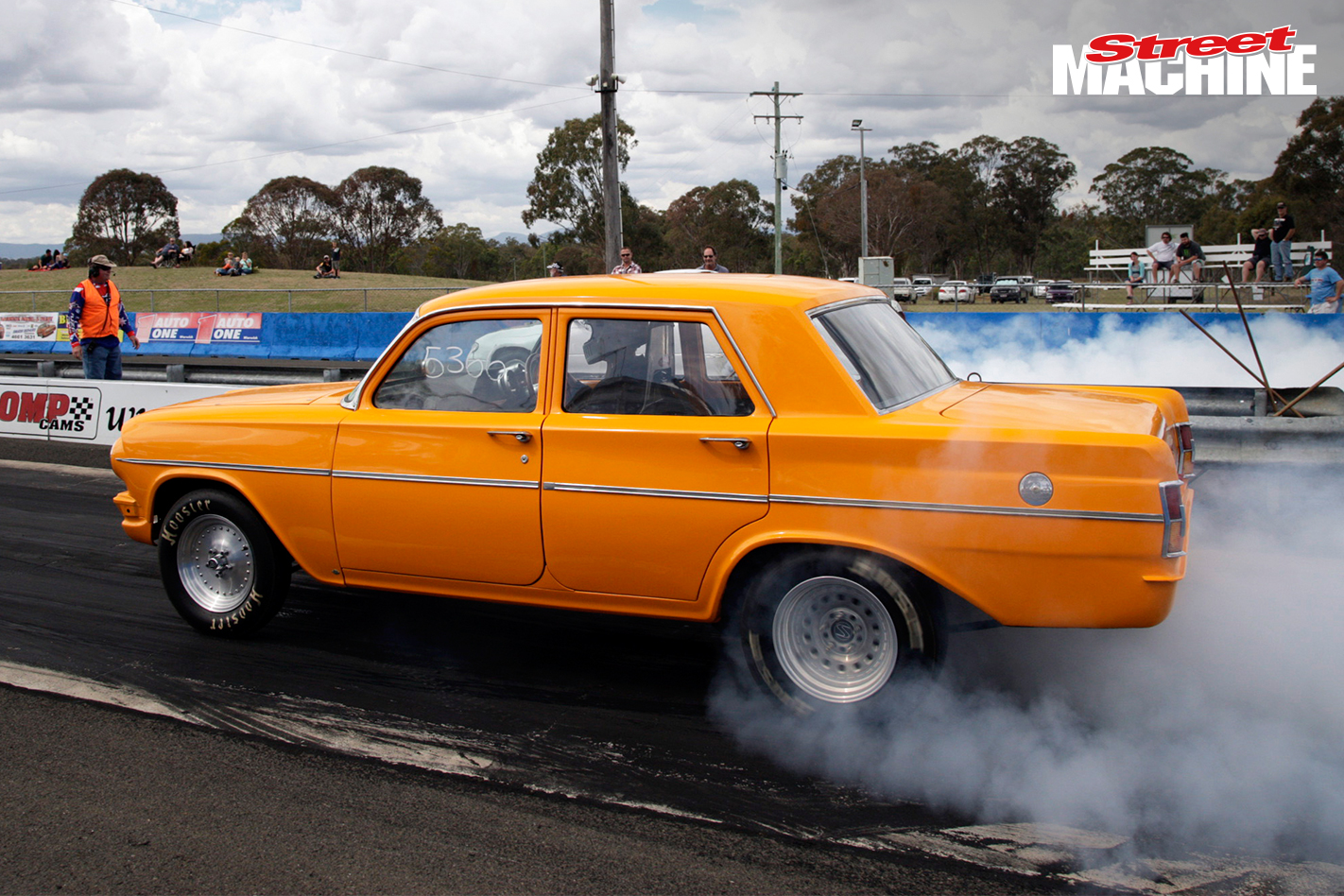 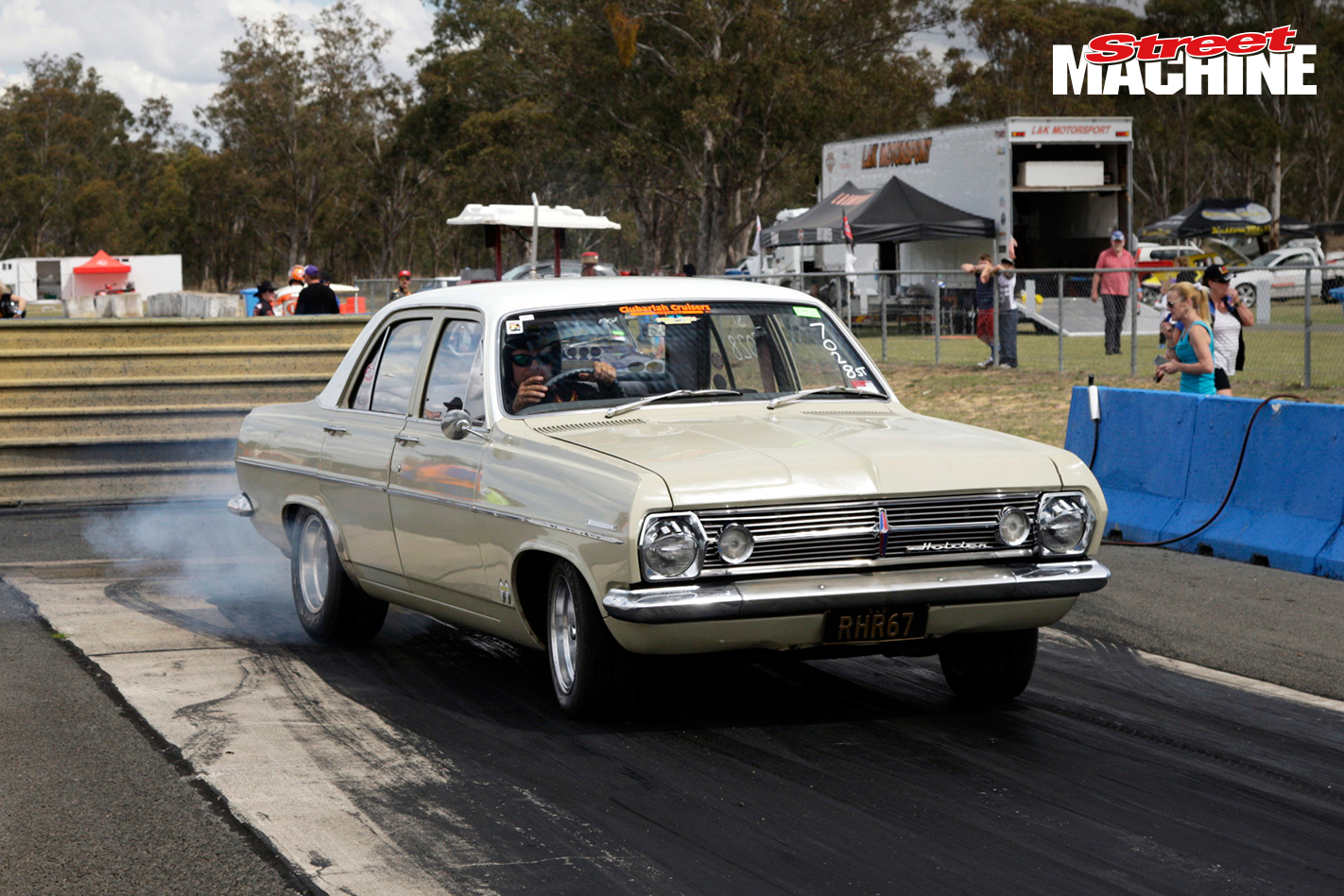 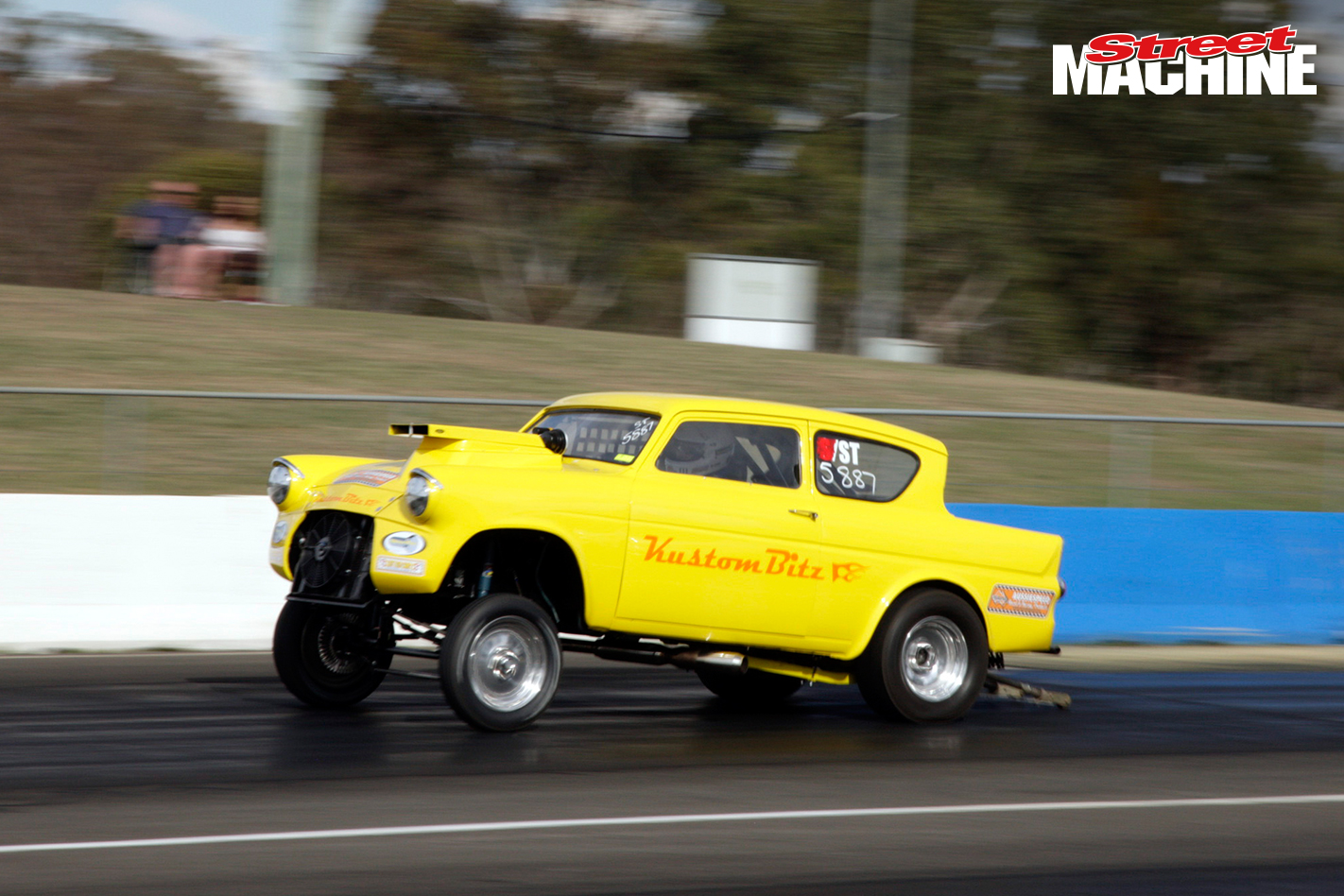 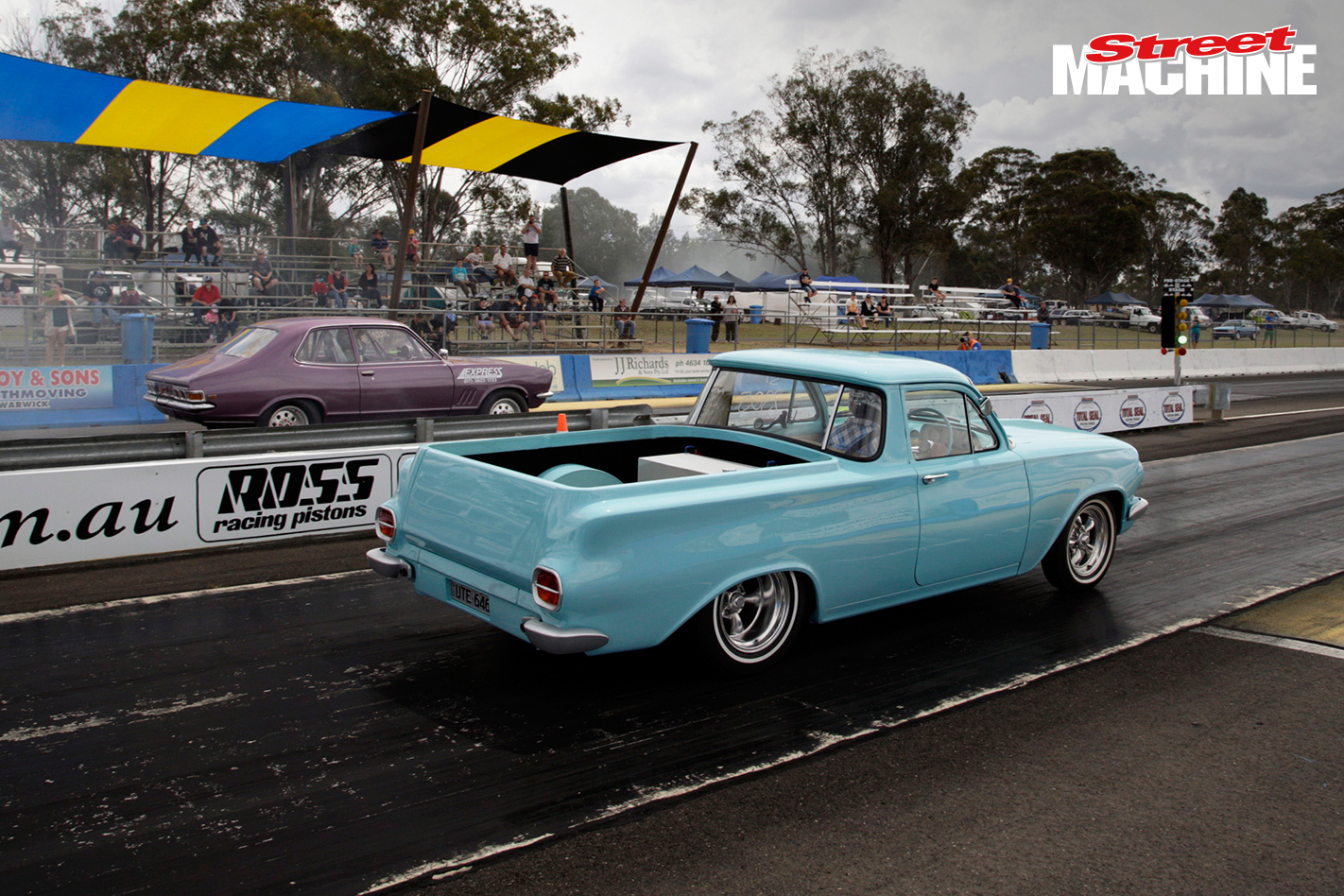 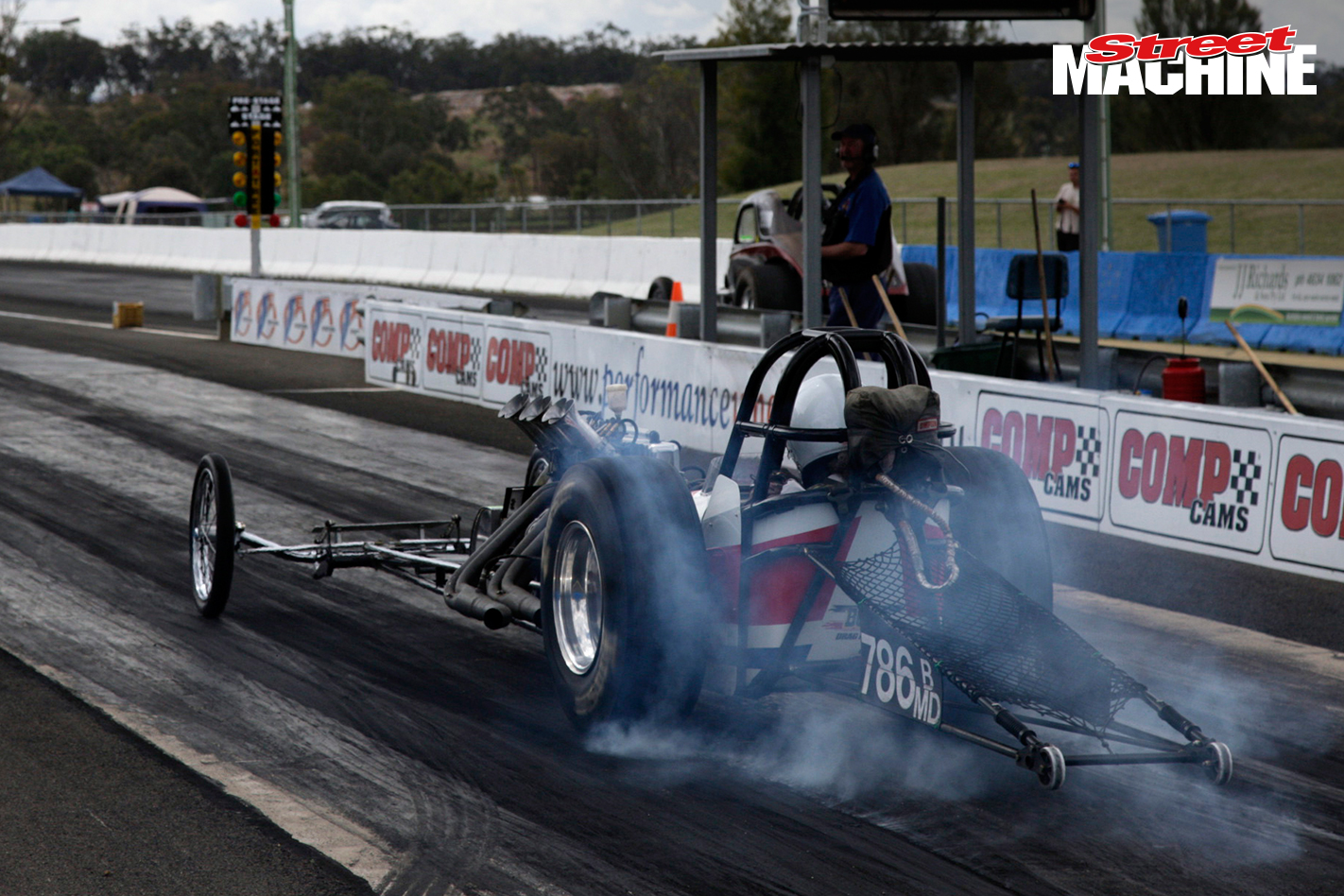 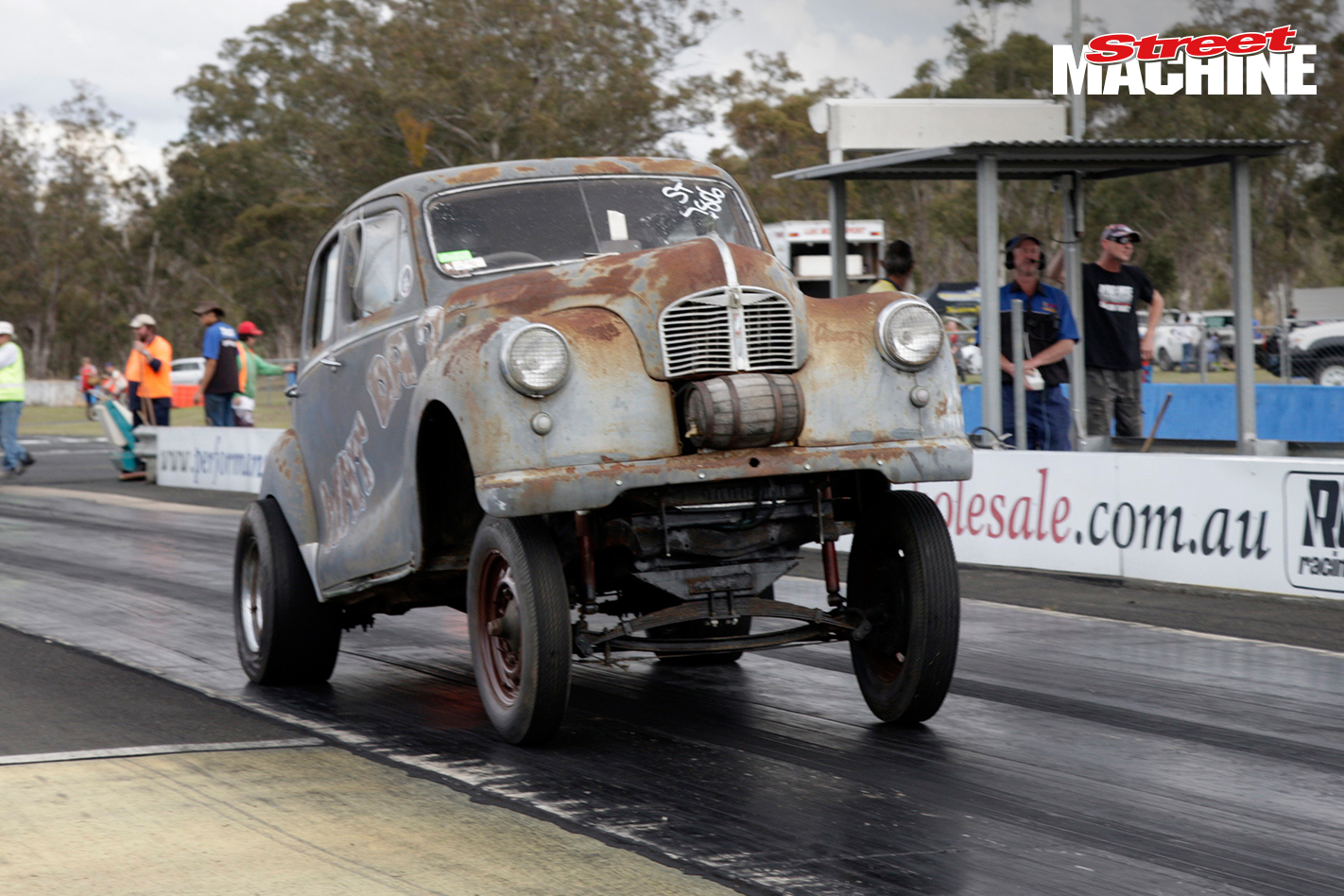 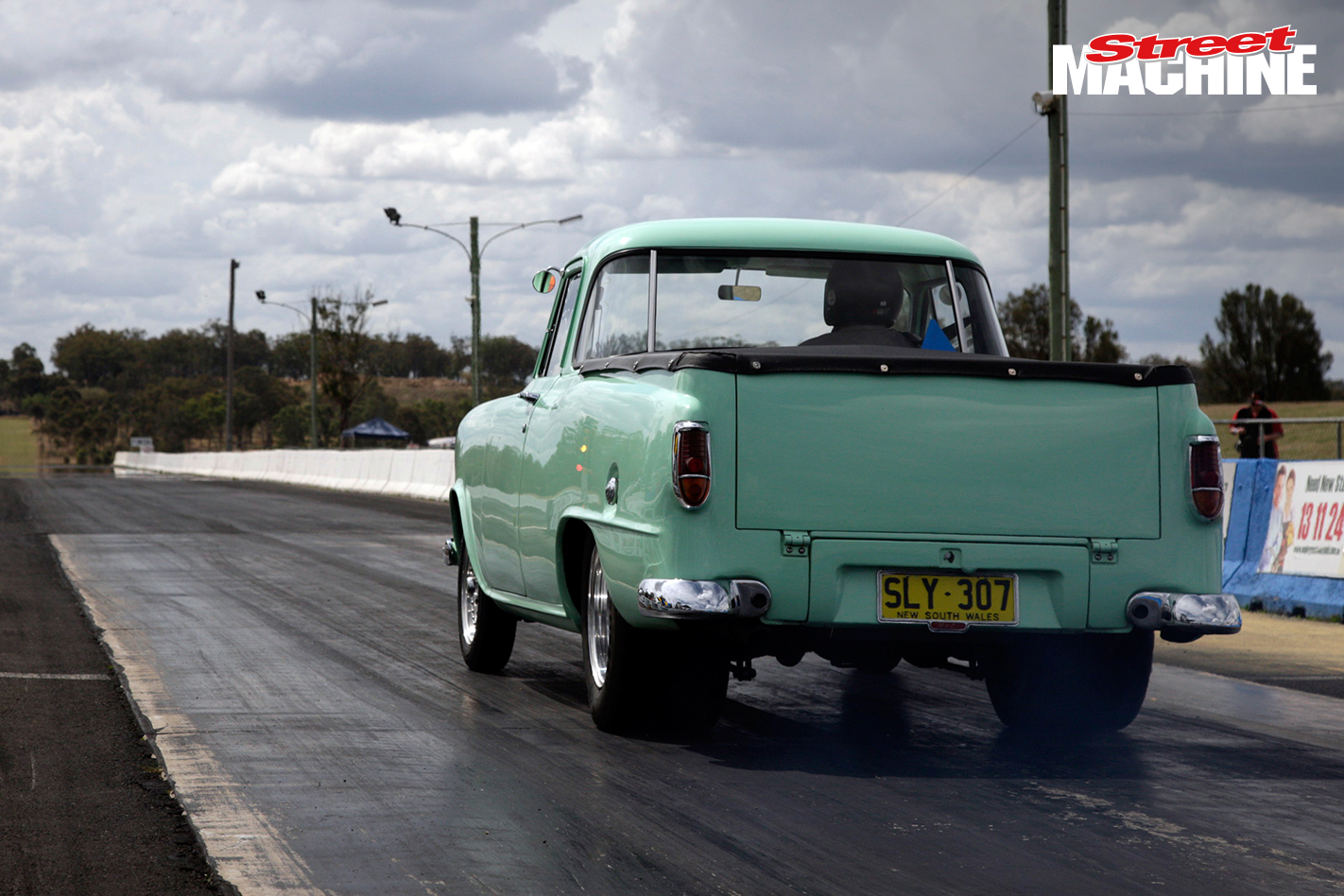 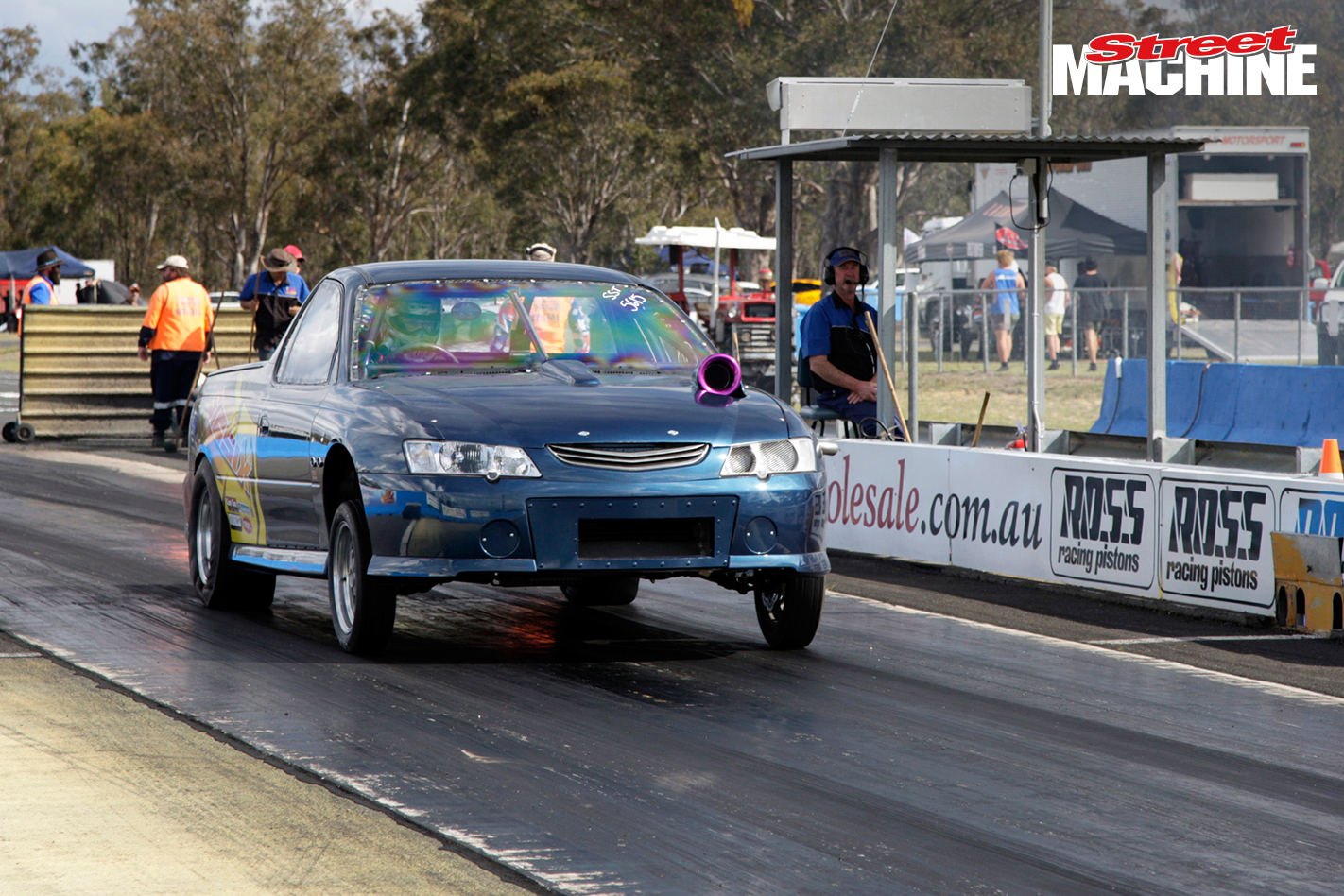 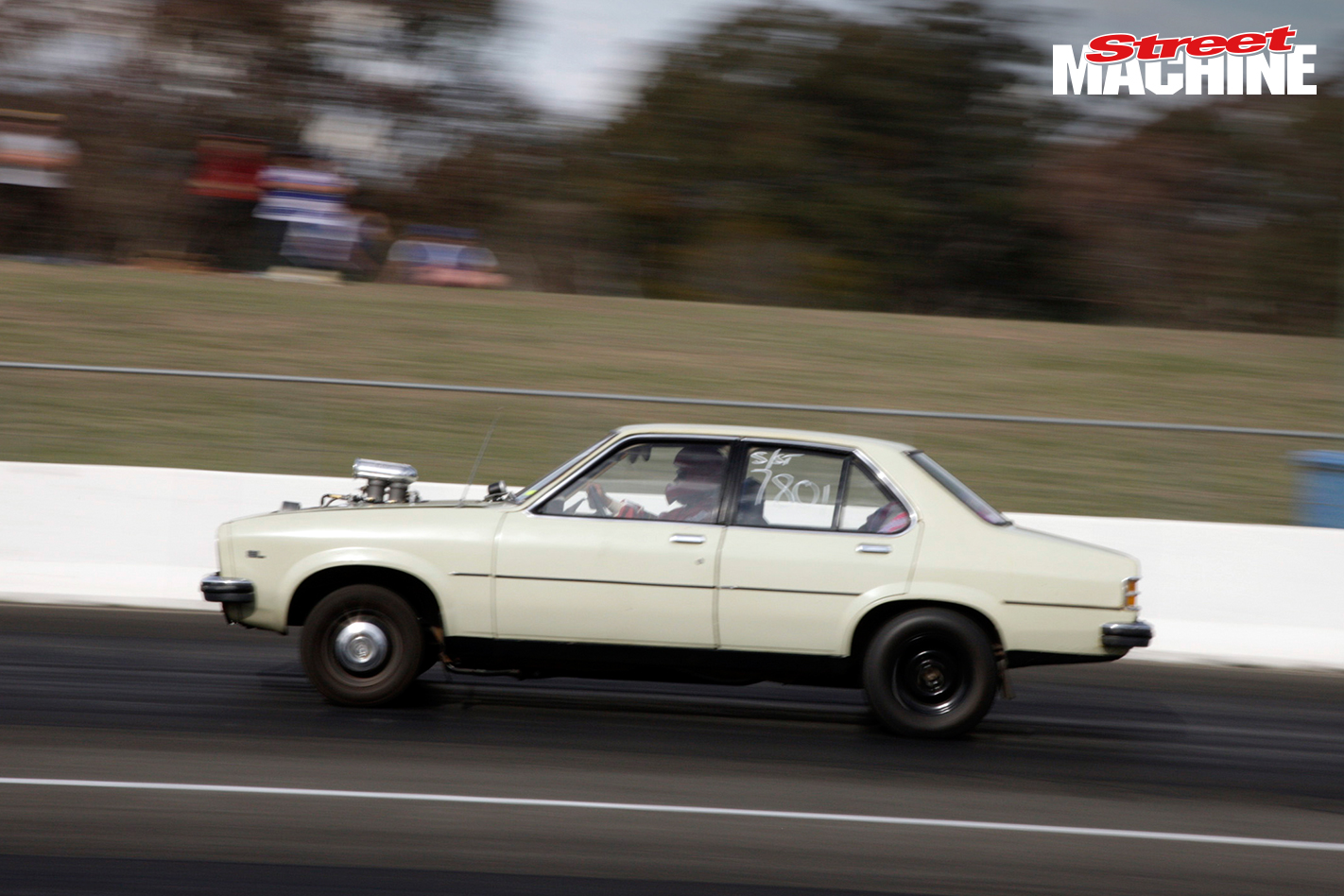 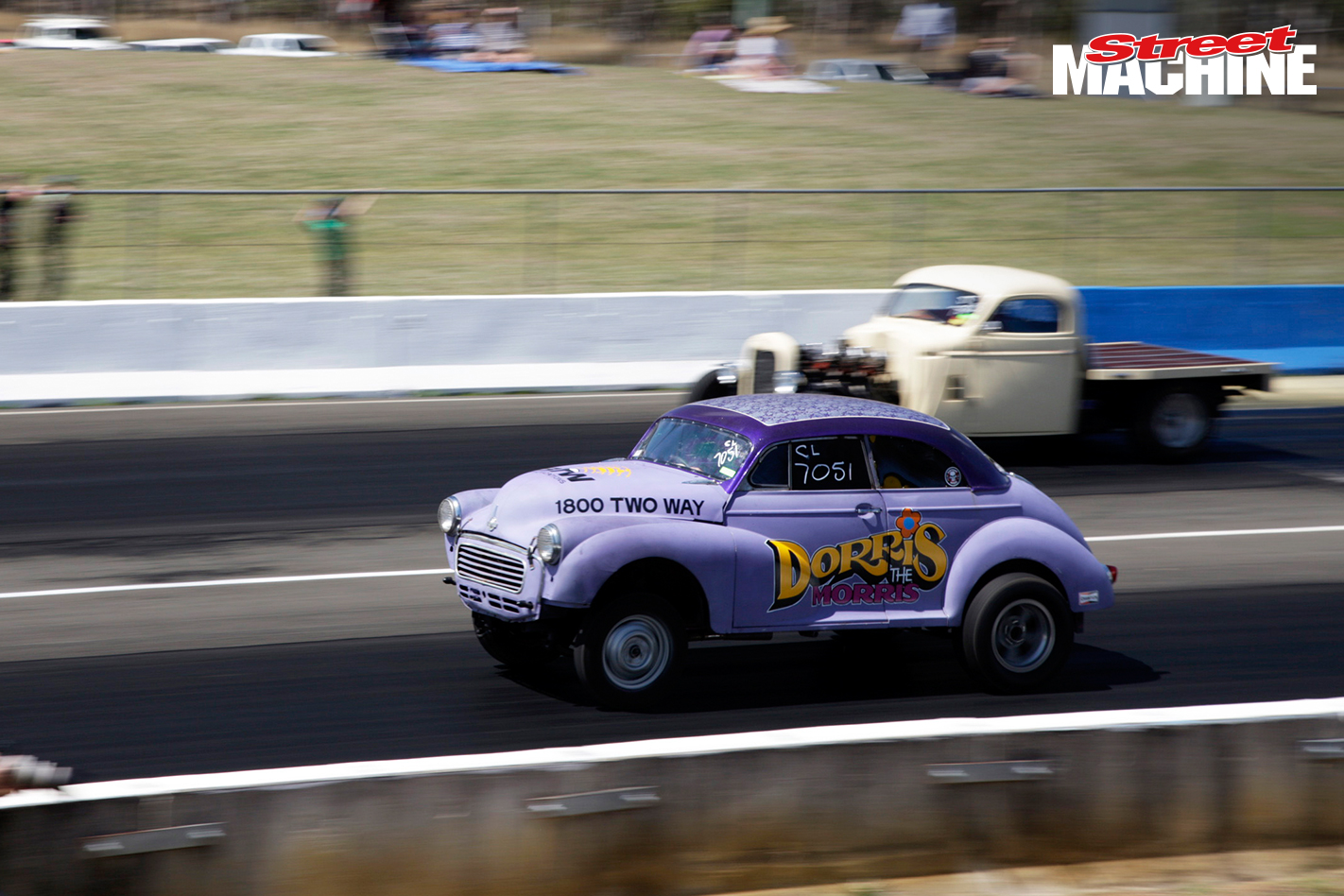 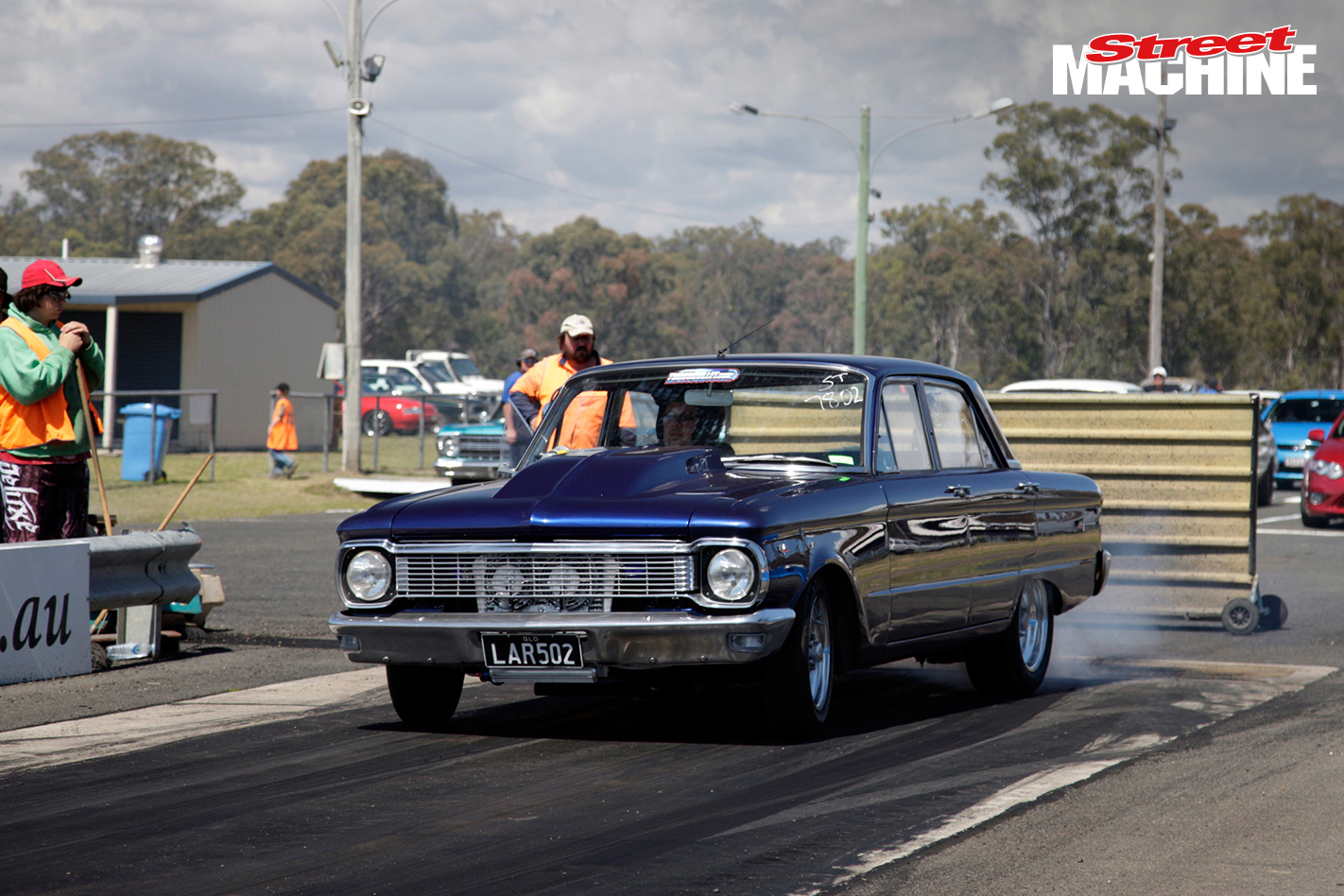 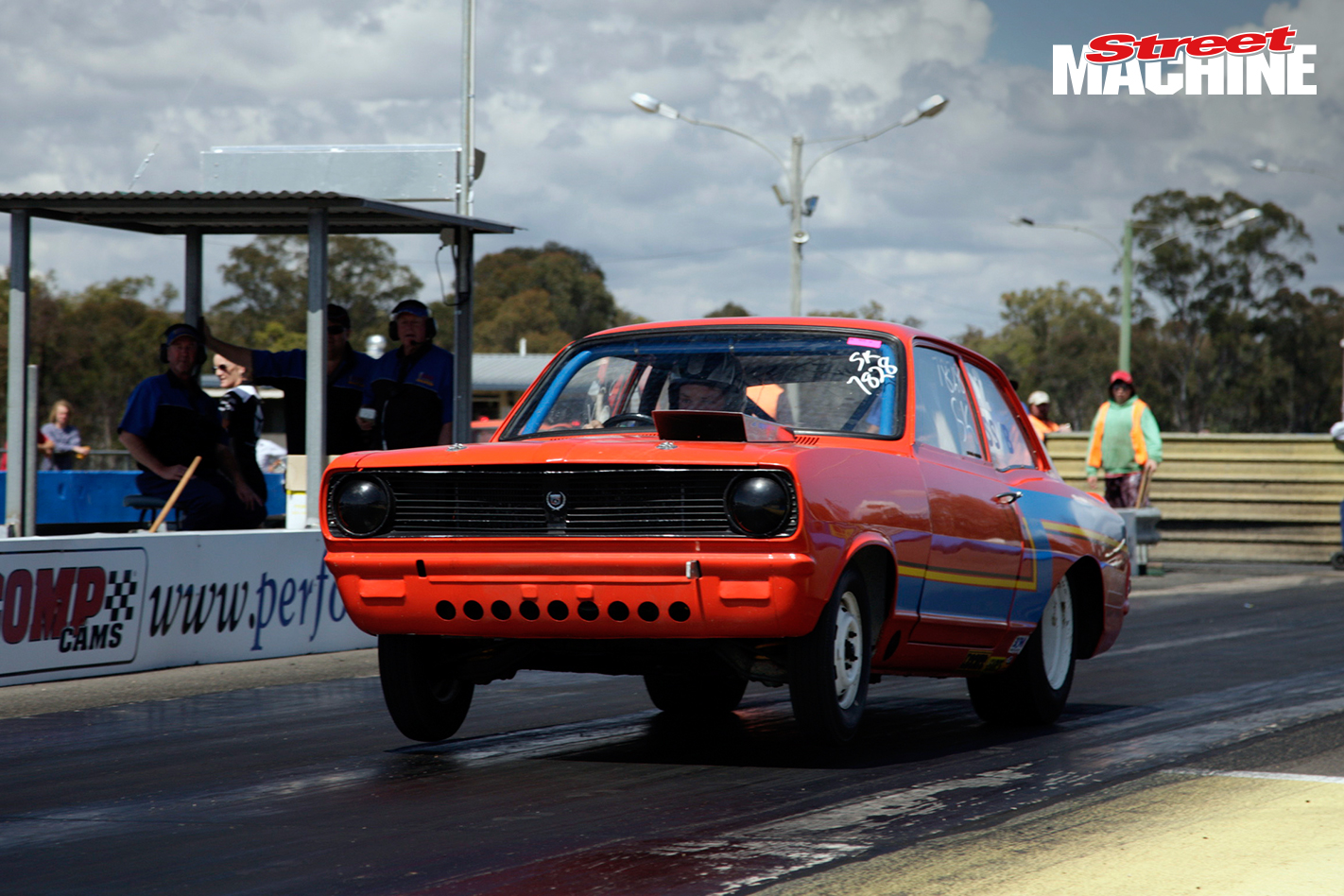 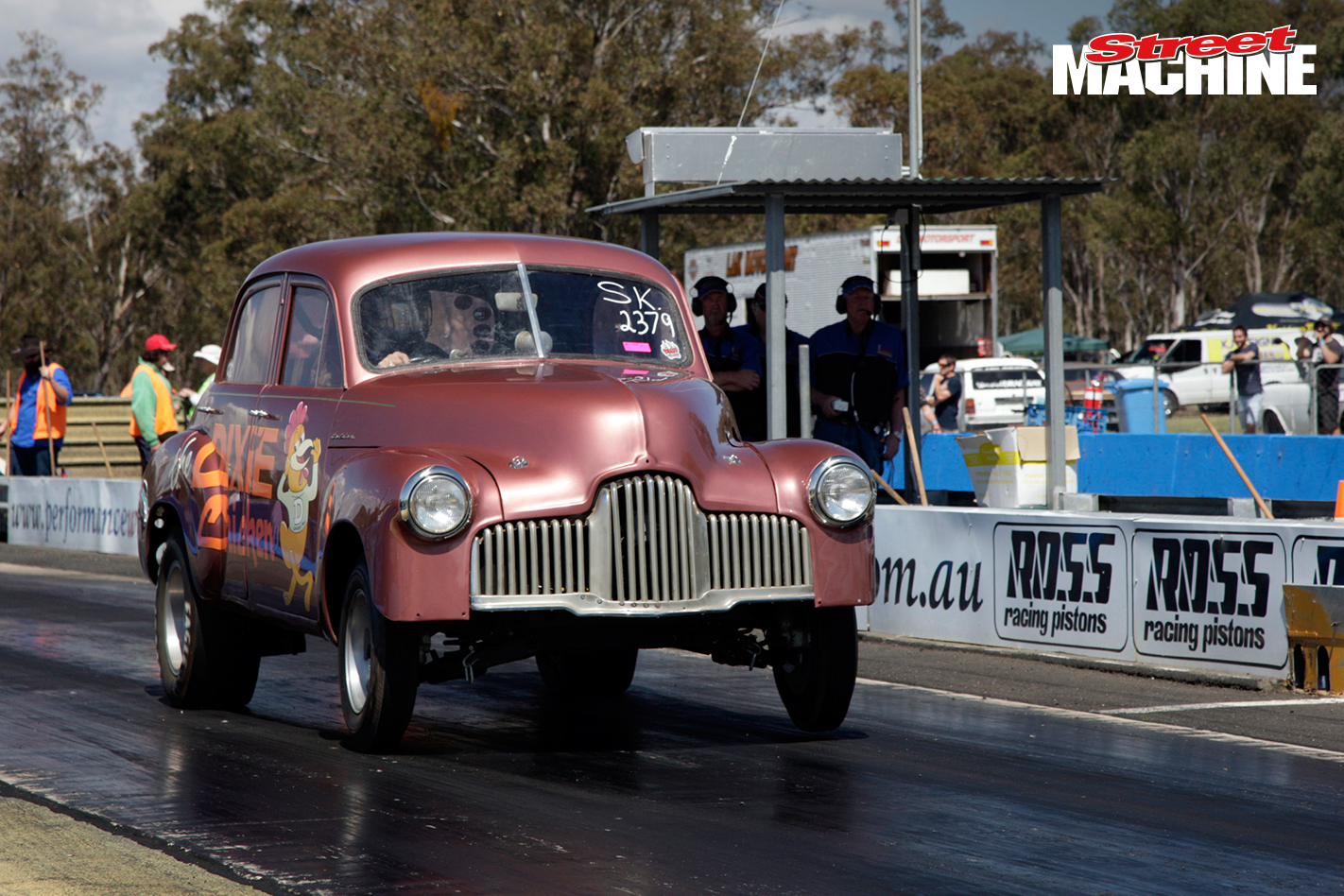 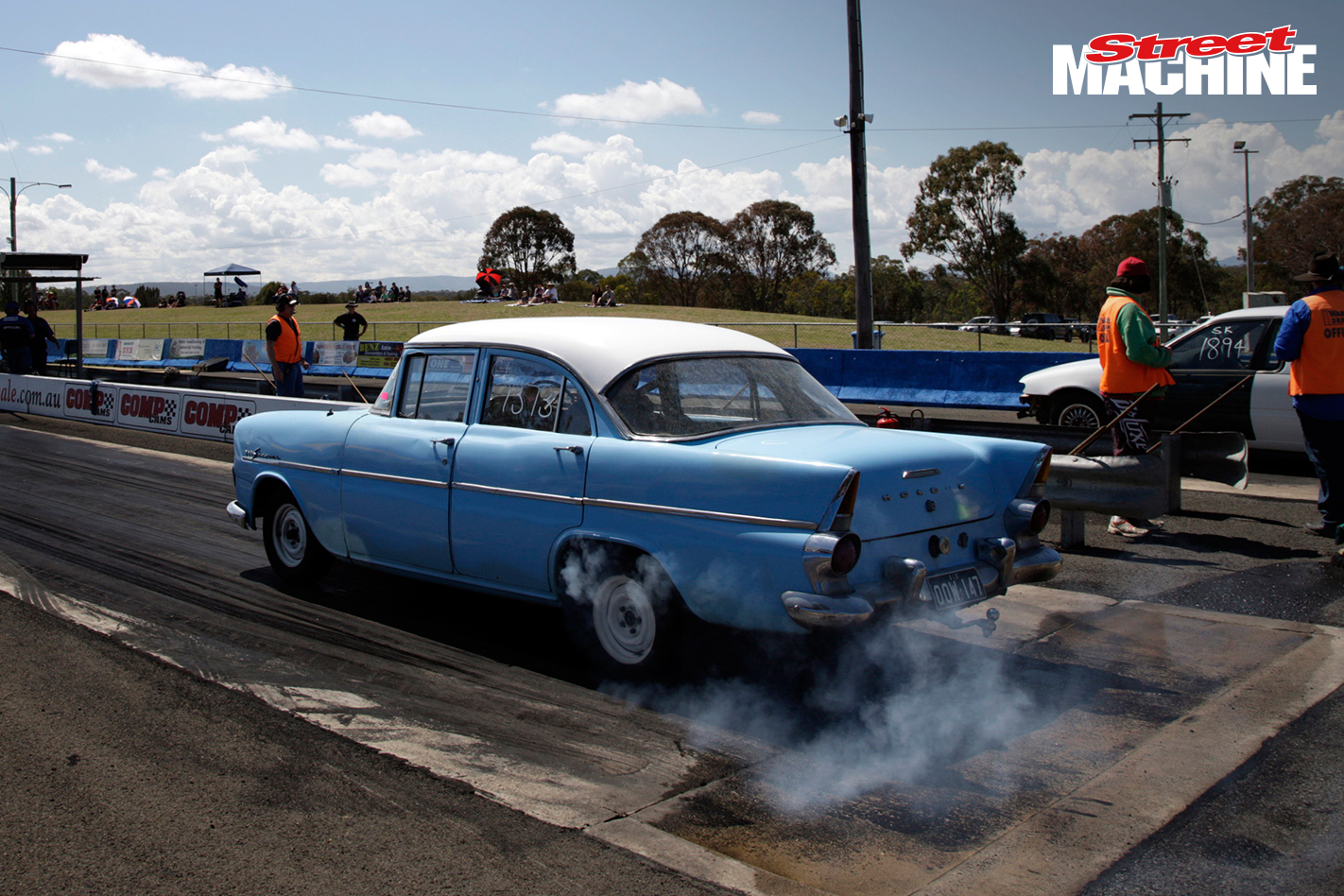 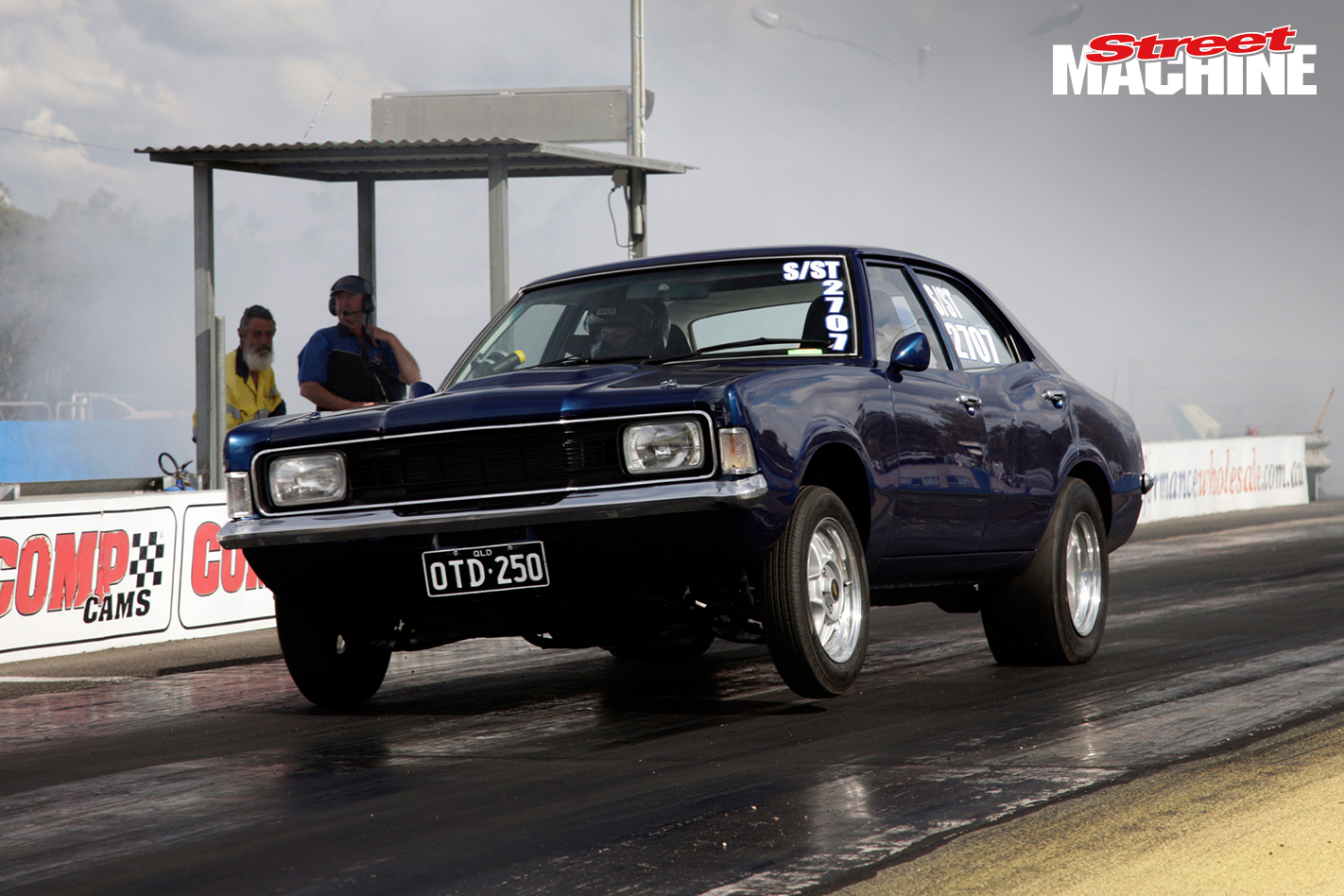 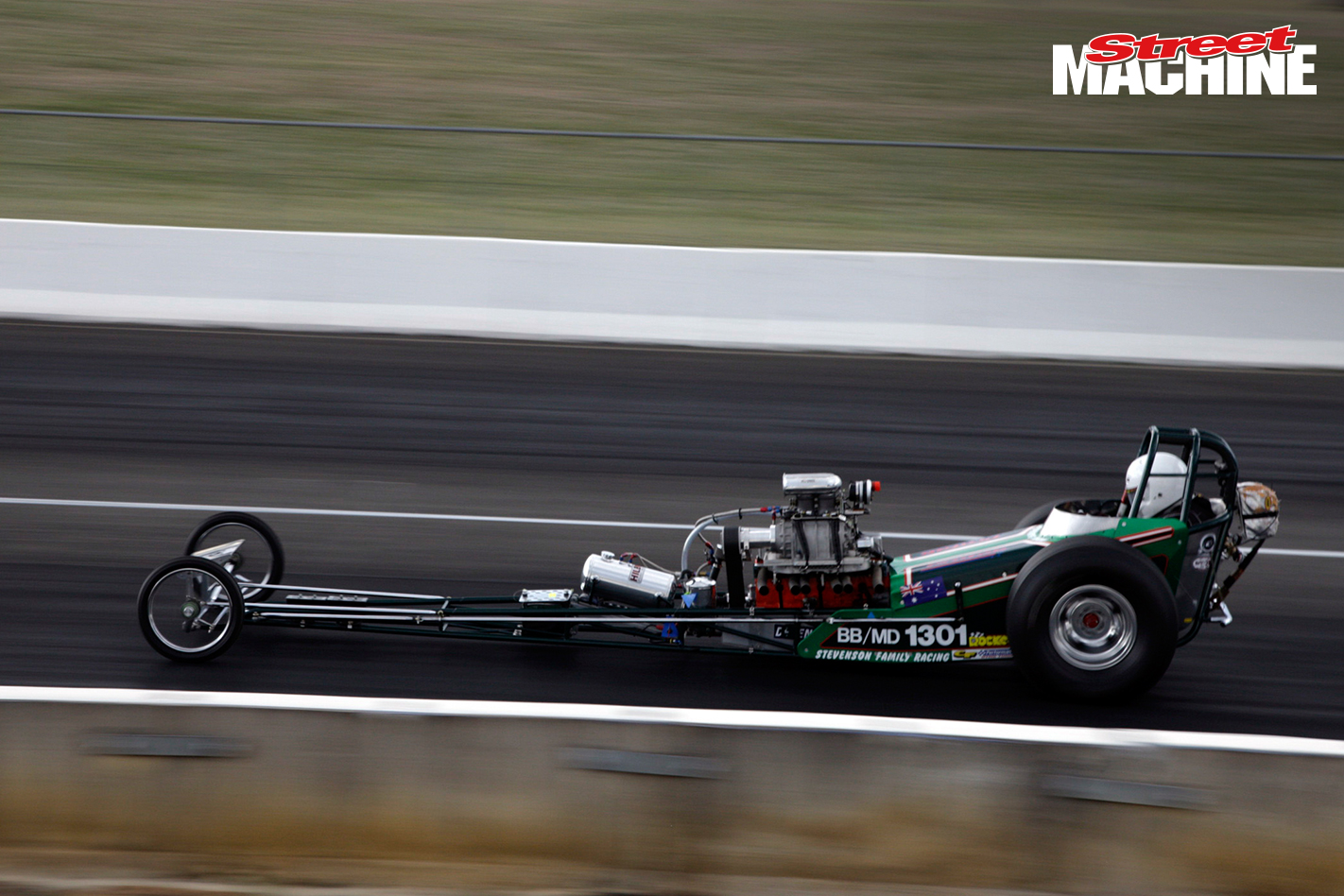 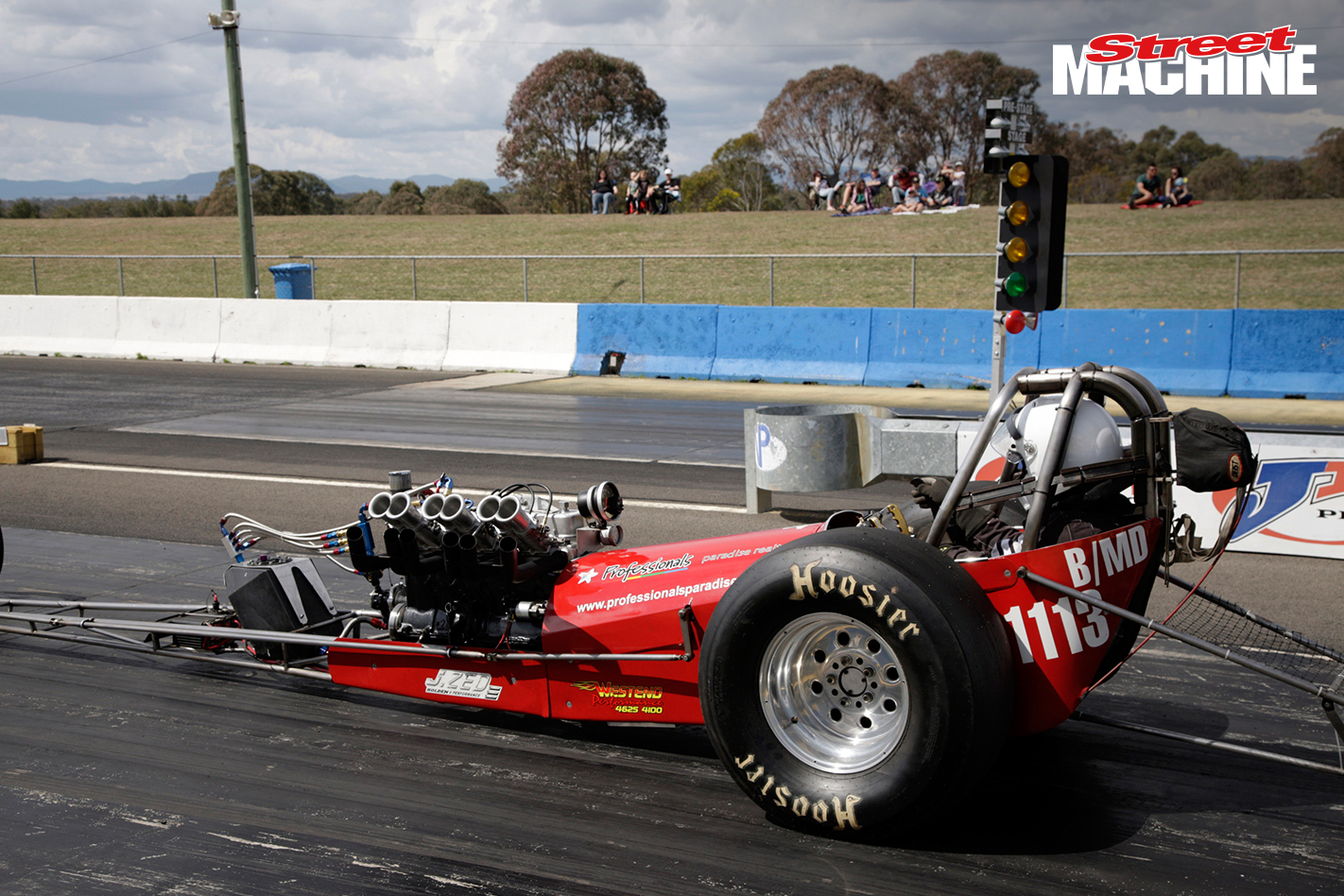 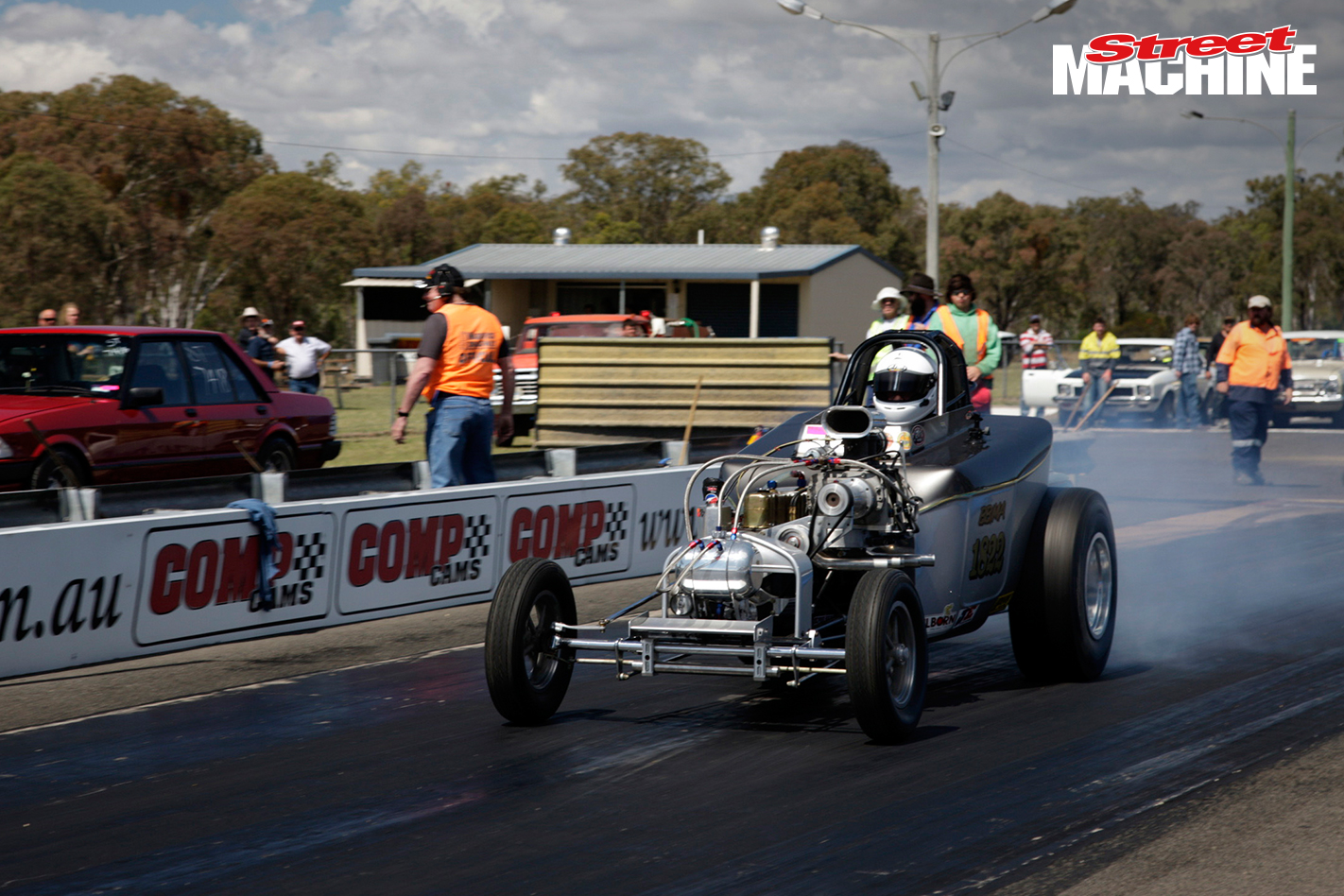 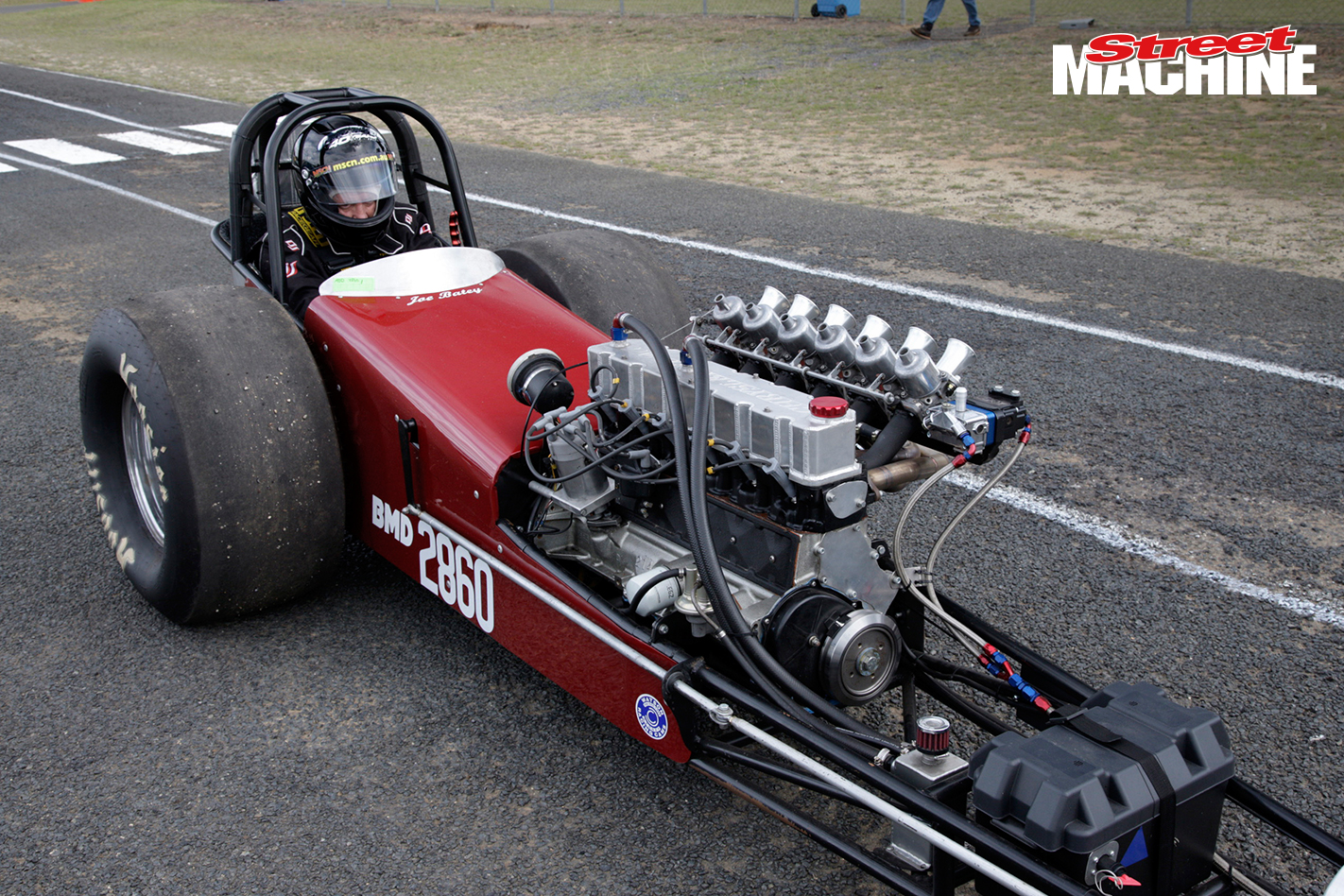 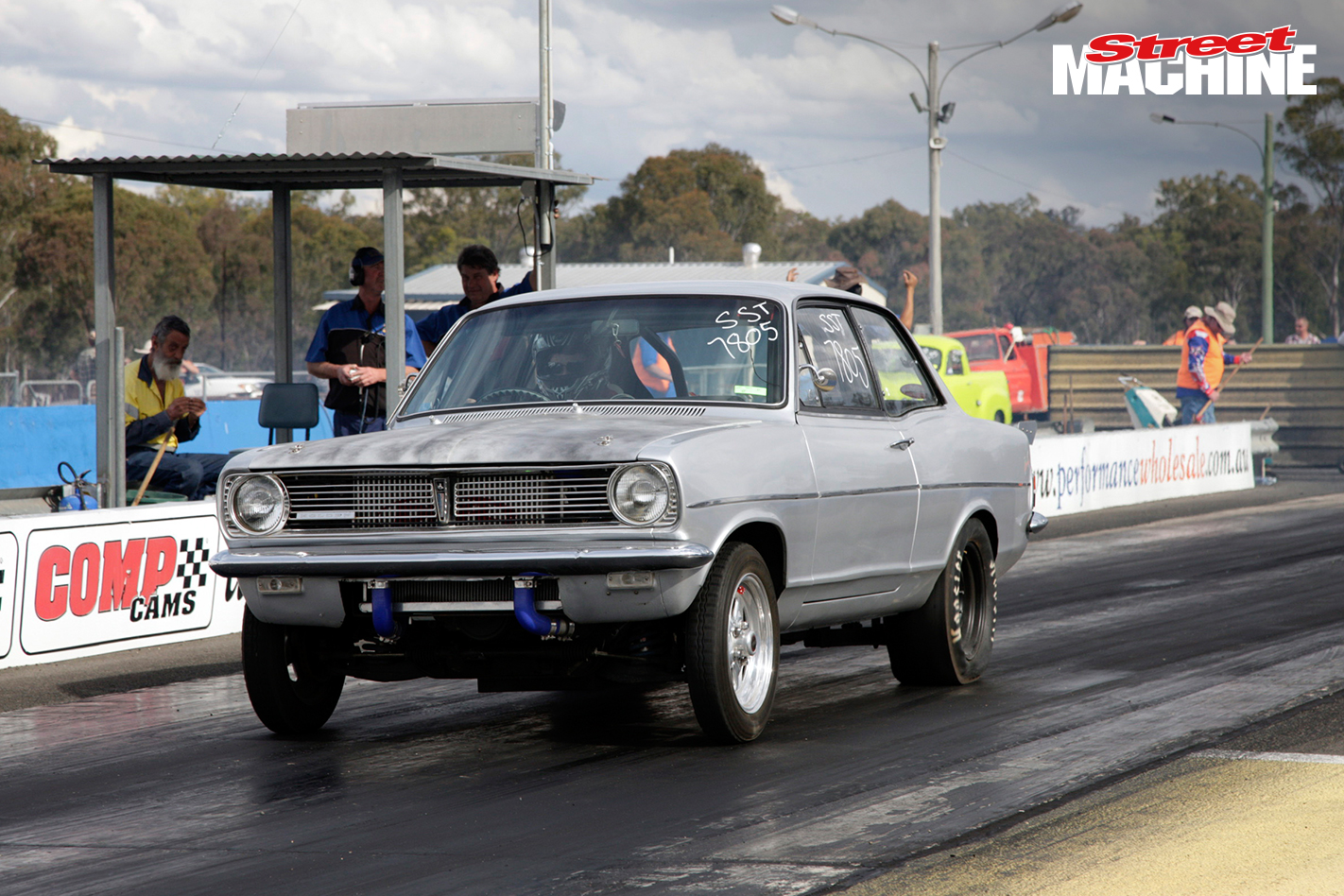