ADELAIDE’S Grinders CBB (cars, bikes, boards) club had the weather gods onside on the weekend for their second annual Hot Rod & Kustom Show. This year, gold-coin donations and an auction of uber-cool gear raised $2600 for Novita Children’s Services, to help children with illness, disabilities and difficulties.

Andrew from Auto Transformers graciously opened his workshop and spacious cement car park for the charity event, and anything chrome-bumpered with soul could drive on in and join the fun. 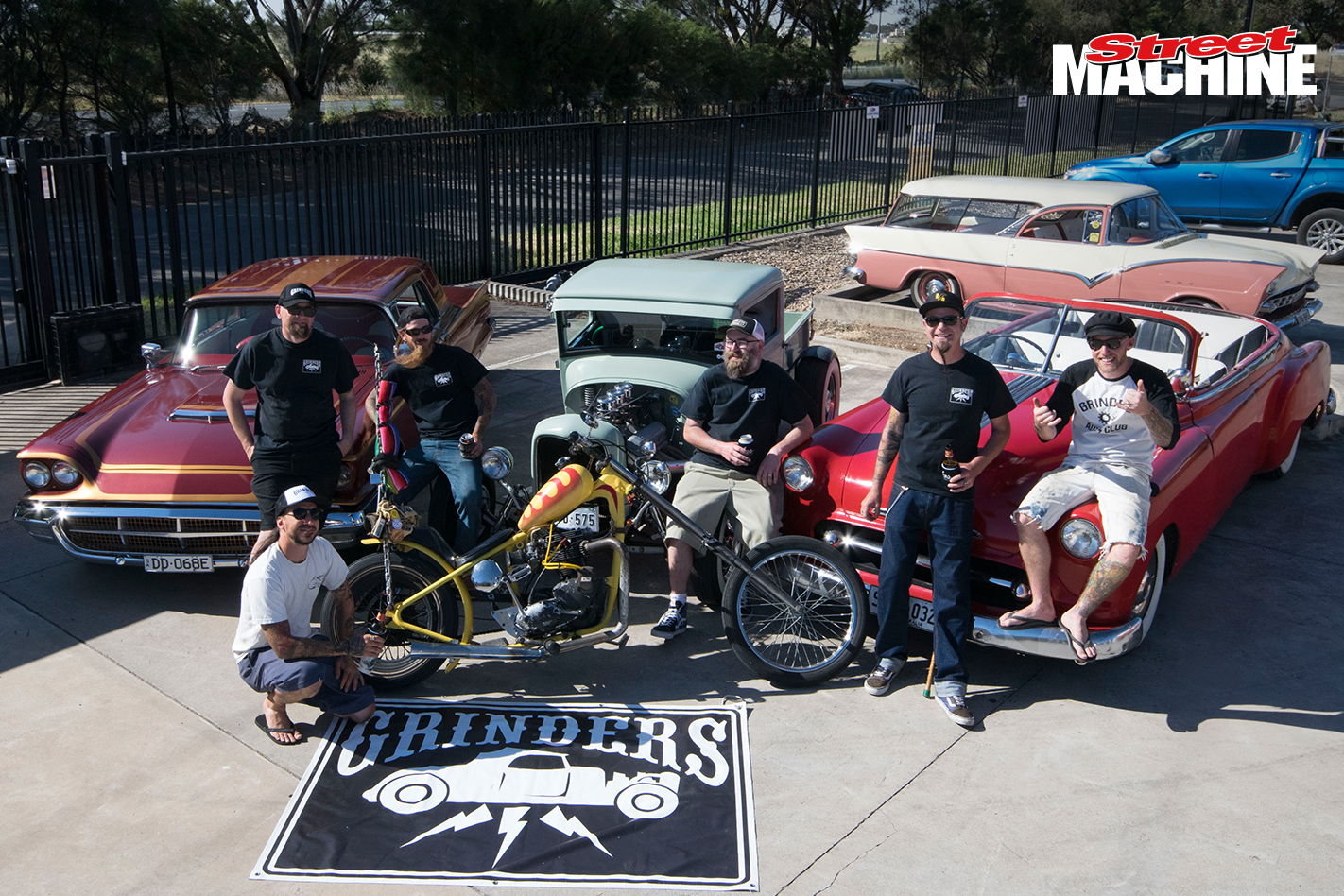 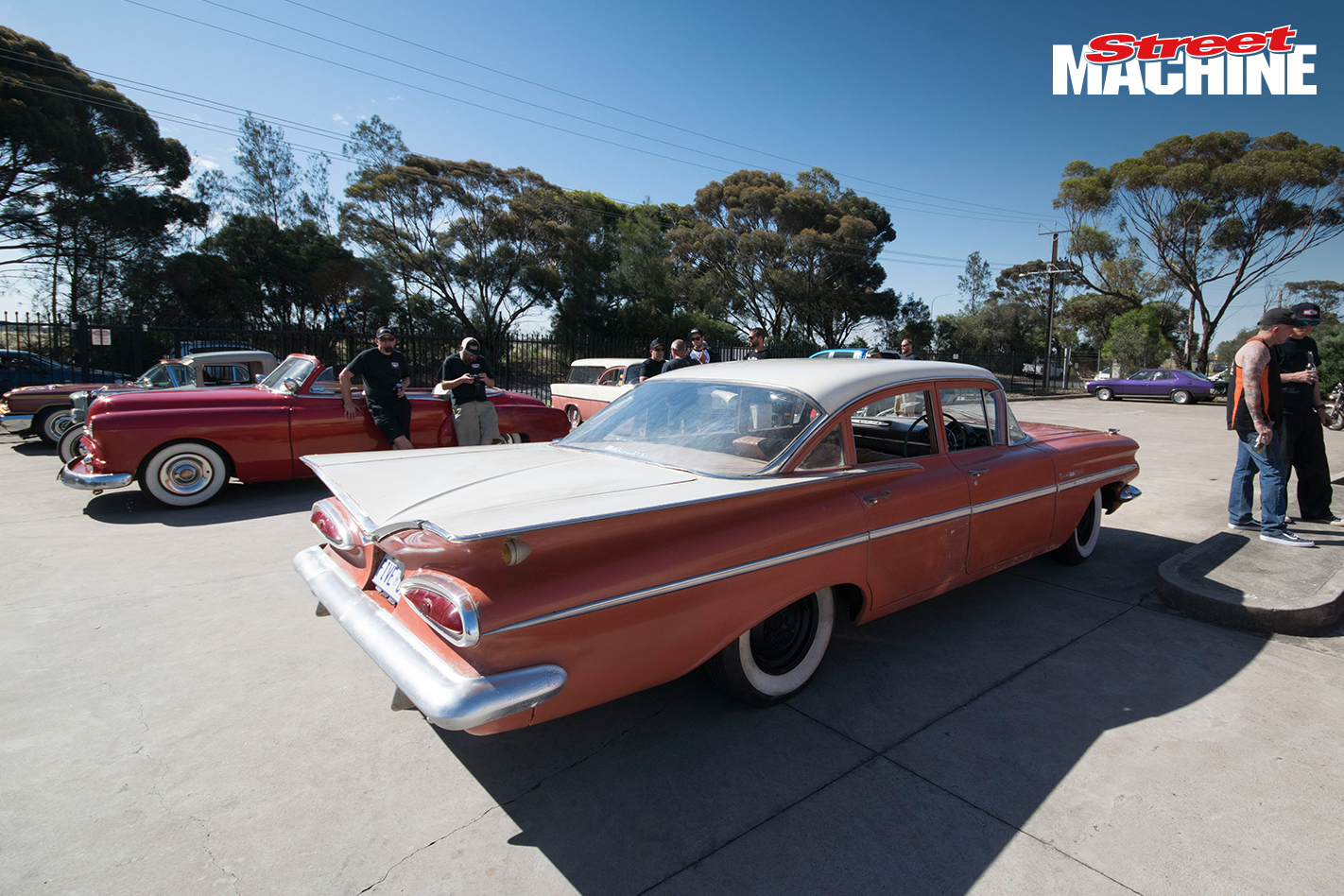 Jason Andrews arrived stylishly late, surprising all with his recent acquisition. He bought the ’59 Chev four-door post a month ago. It had been parked back in ’85, but the barn-find didn’t need much work to get it cruising. 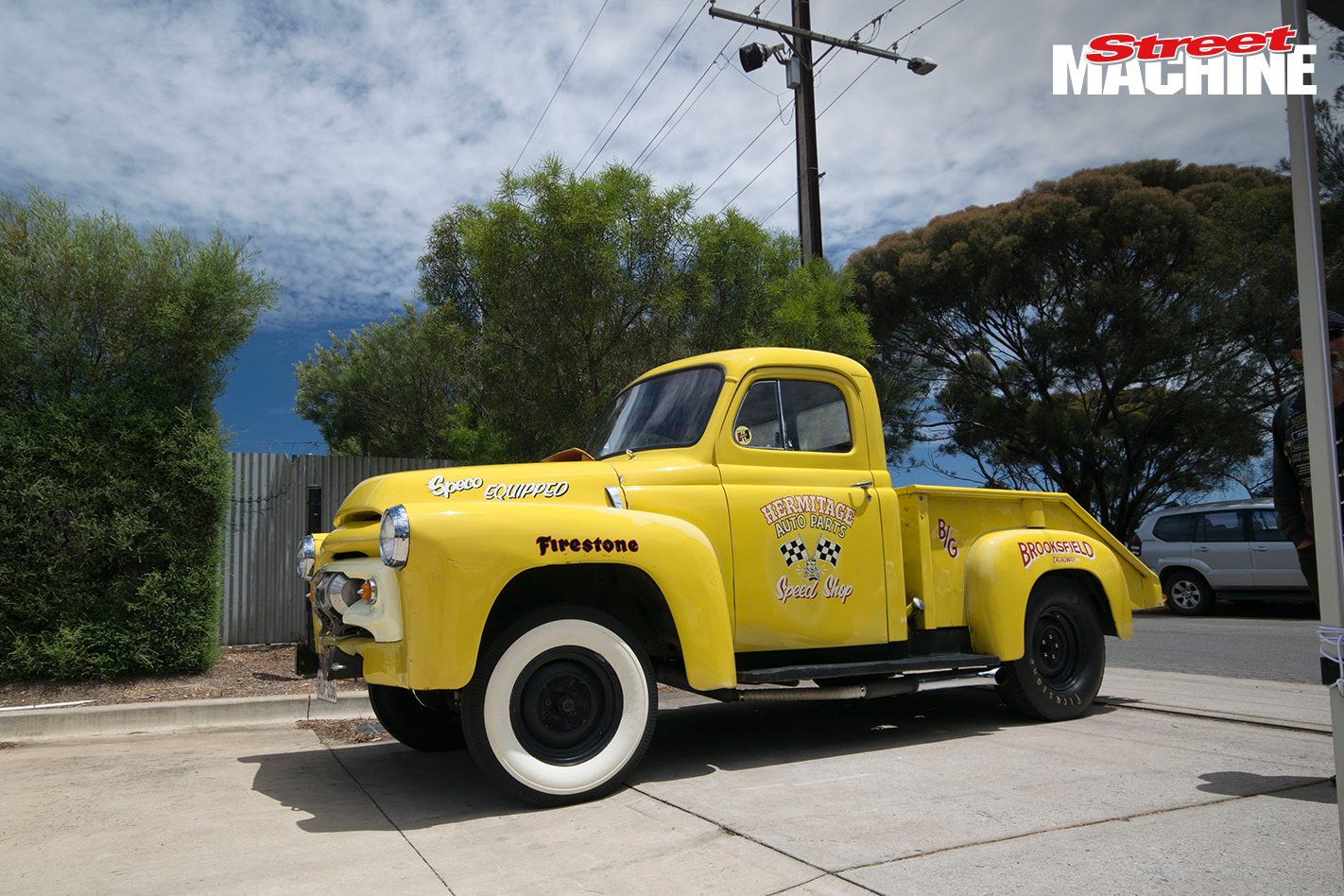 Chris Pannell’s ’56 International gasser began life as a Coober Pedy tow truck. Chris found it in a paddock, gave the yellow paint a few tweaks, added MoonDog signage, got it roadworthy and slotted in a 265ci Hemi with a three-speed stick. 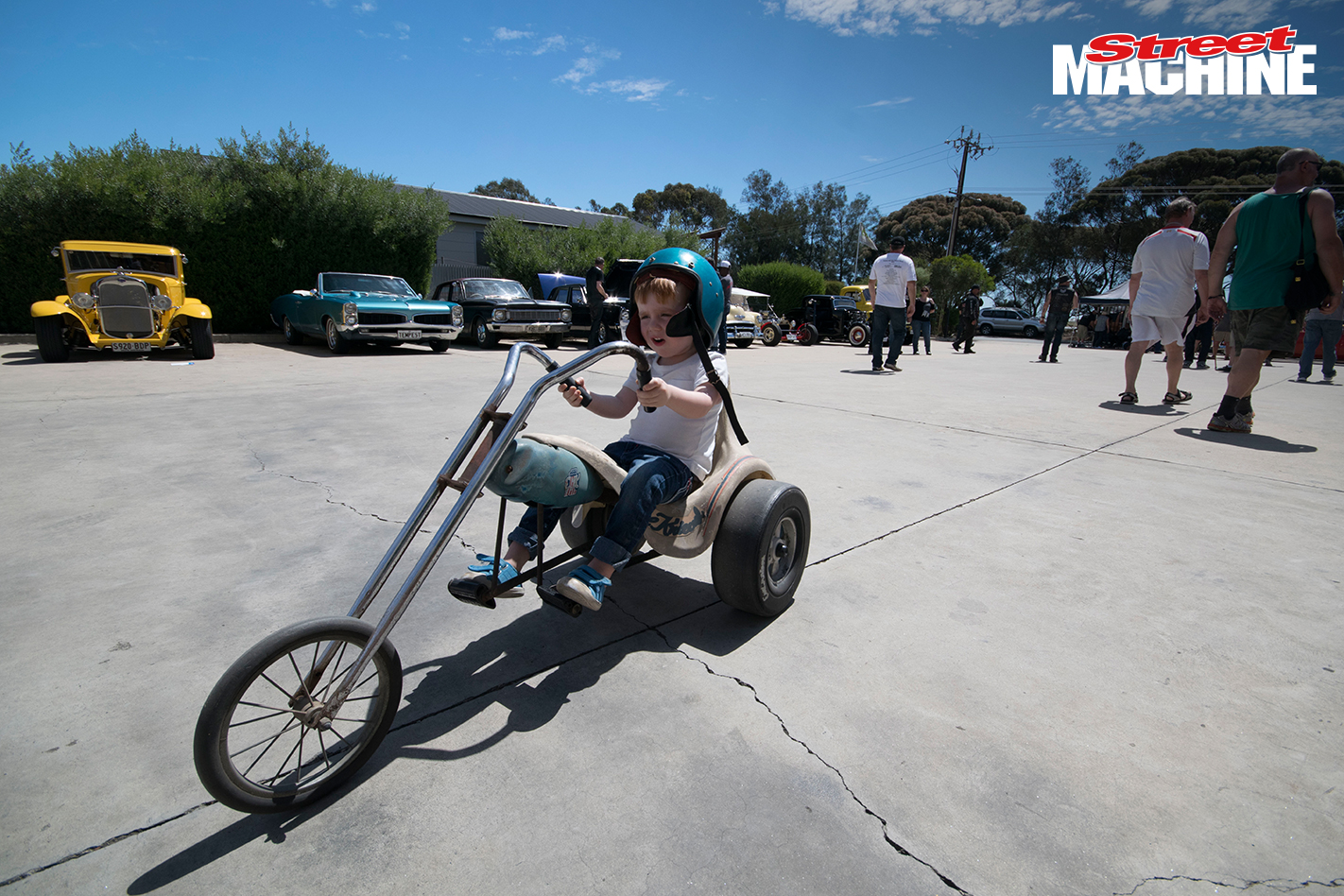 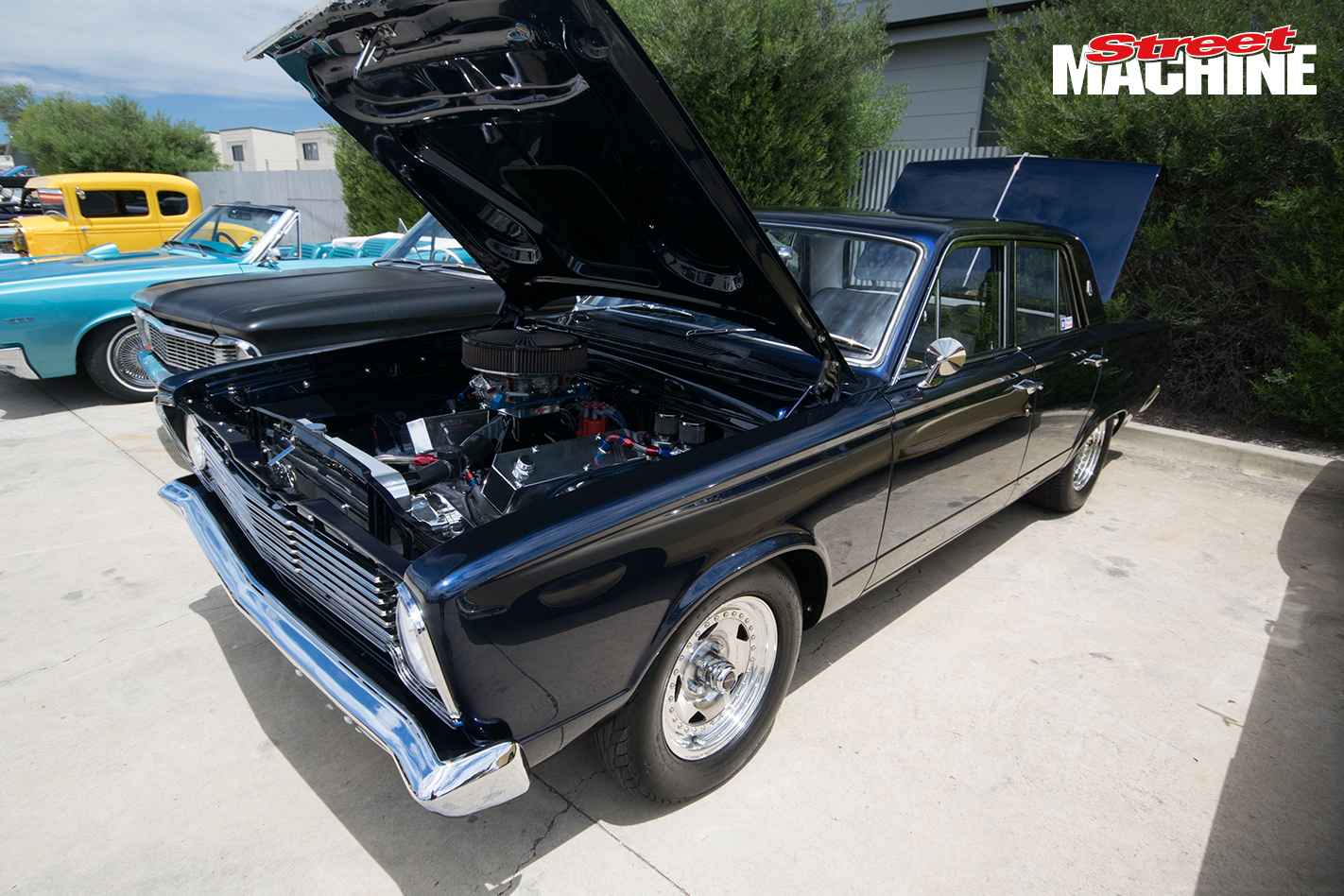 Daryl Parker’s ’66 VC Valiant packs a 428ci R3 Mopar donk with a 727 Torqueflite, pumping out 740hp at the flywheel. This incarnation hit the streets in 2011, though Daryl’s owned the VC since 1977. In the 80s and 90s he raced the then-340ci-powered Val to a PB of 11.8 seconds on the quarter-mile. Sadly a back injury means that these days Daryl stays trackside. 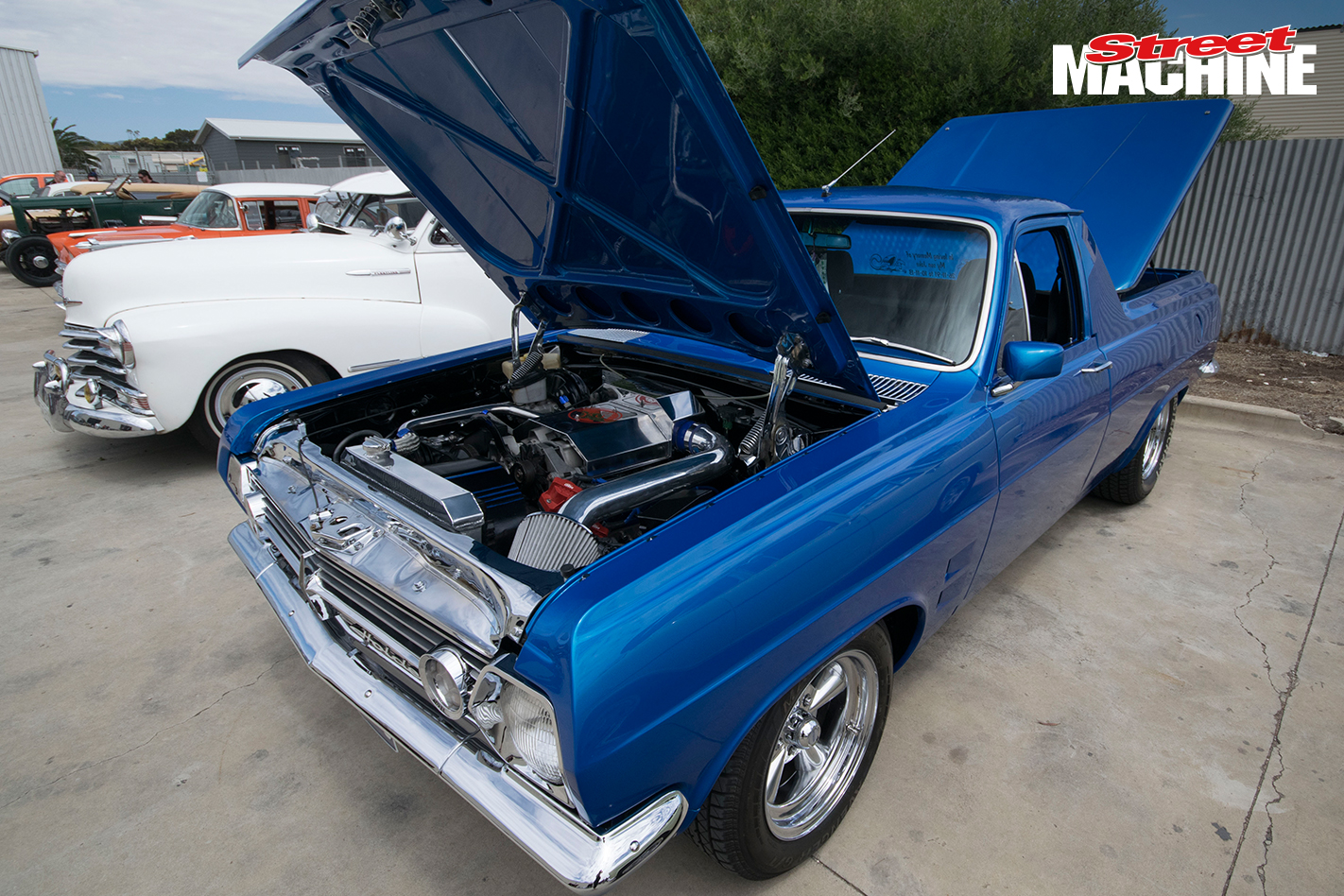 While everyone’s wedging LS1s into anything with four wheels and a chrome bumper, Mark Owens bucked the trend by squeezing a free VN V6 into his ’67 HR ute. He dedicated a decade to the tasty budget build. “People said I couldn’t do it, so I did!” he said. 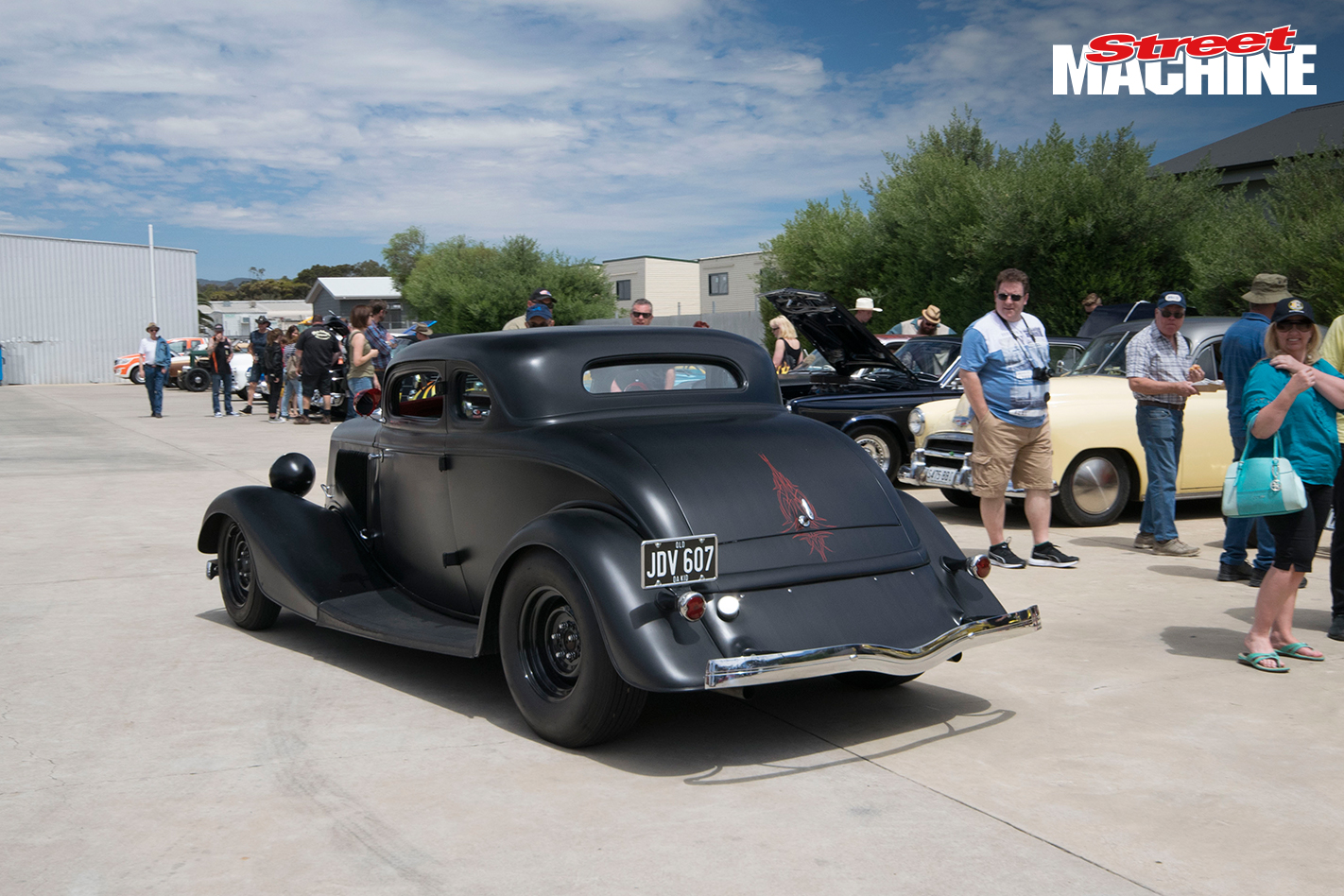 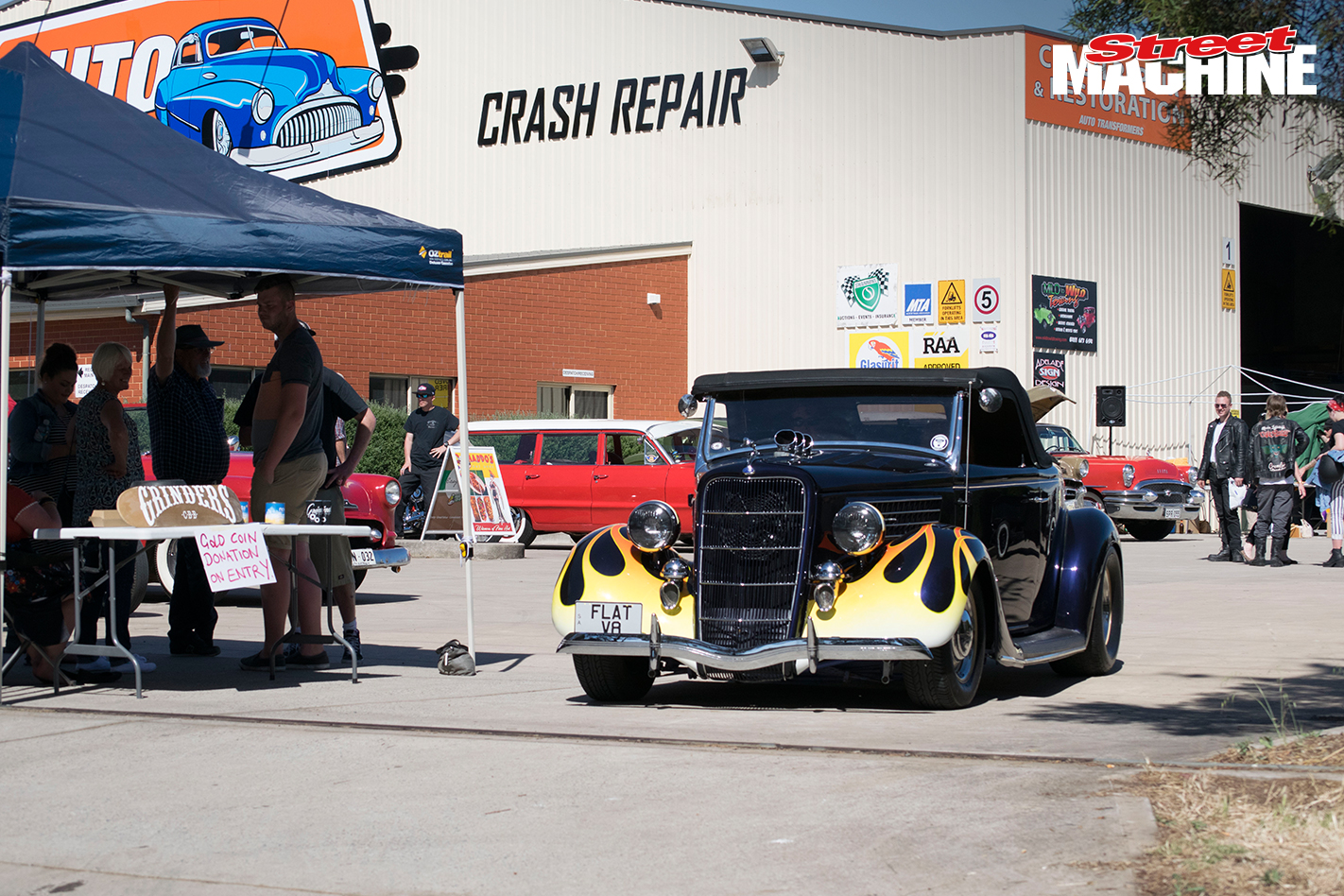 Panel beater Mike Bowden has held the keys to his ’35 Ford roadster since ’89 after buying it as a flat-packed body. He raced it in the Nostalgia Drags series during the mid-00s. “I stuck a 390ci Ford donk in it, but I couldn’t get it to steer straight,” he said. “It ran an 11.6-second quarter with me pedalling it five times and crossing the centreline twice!” Mike promptly swapped it out for a GM 453-blown ’51 flatty. 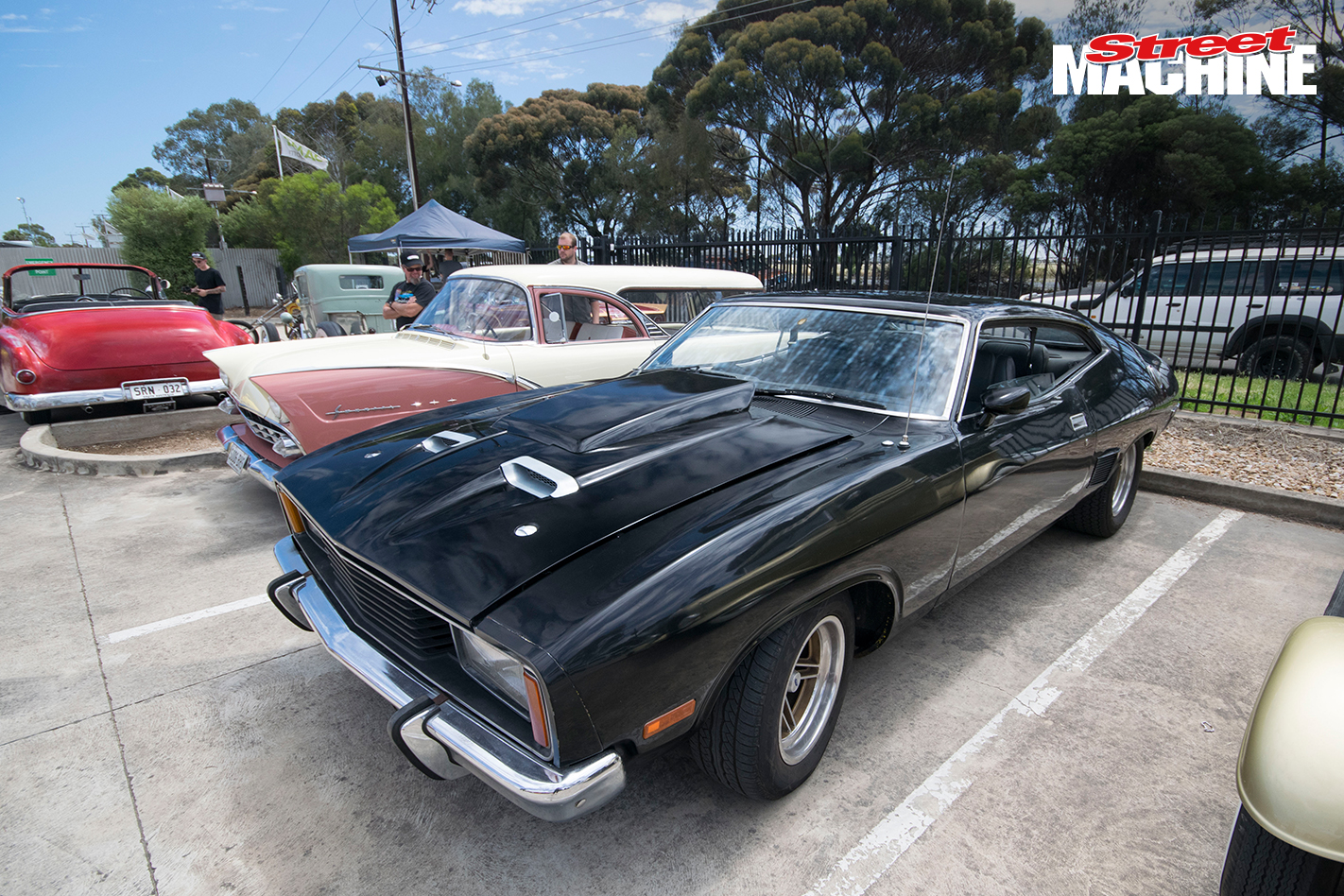 Andrew Simunsen debuted his much-delayed XC coupe build at the show. “I swapped out the 351ci for a 502ci Ford big-block a while back, then I put it on the backburner to fund a house,” Andrew explained of the XC’s long road to completion. And it’s a cool bit of kit too, with a TKO600 five-speed, stout nine-inch, a rare Landau interior and tasty Rebel magnesium rims. 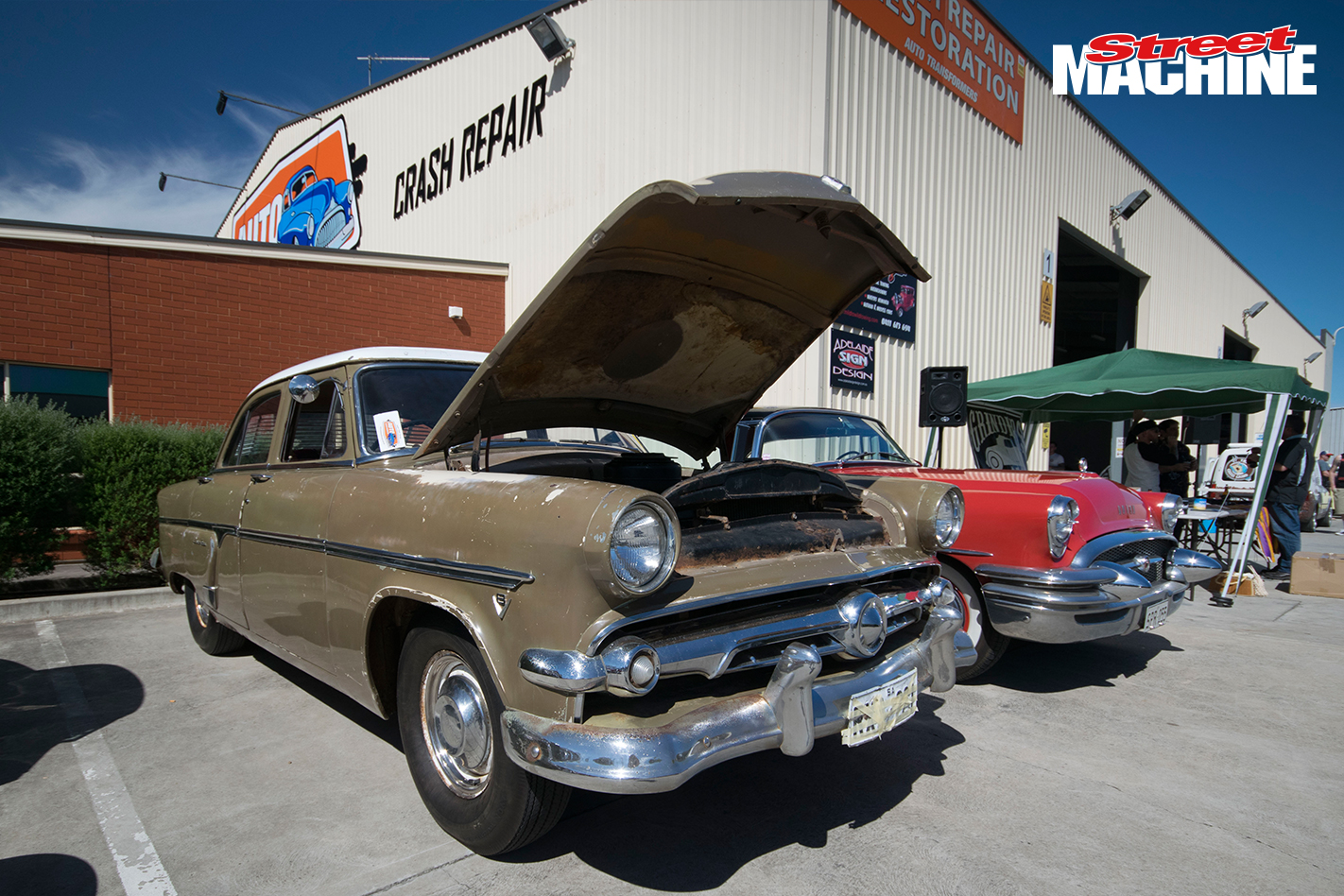 Another of Mike Bowden’s cars is this ’54 Cusso. “It was parked in ’76, then two weeks ago I bought it off a deceased estate,” he said. “I added fuel and a battery, cleaned the points, pumped up the tyres and here it is!” With 60,000 miles on the clock, Mike plans to leave the ’54 as-is. 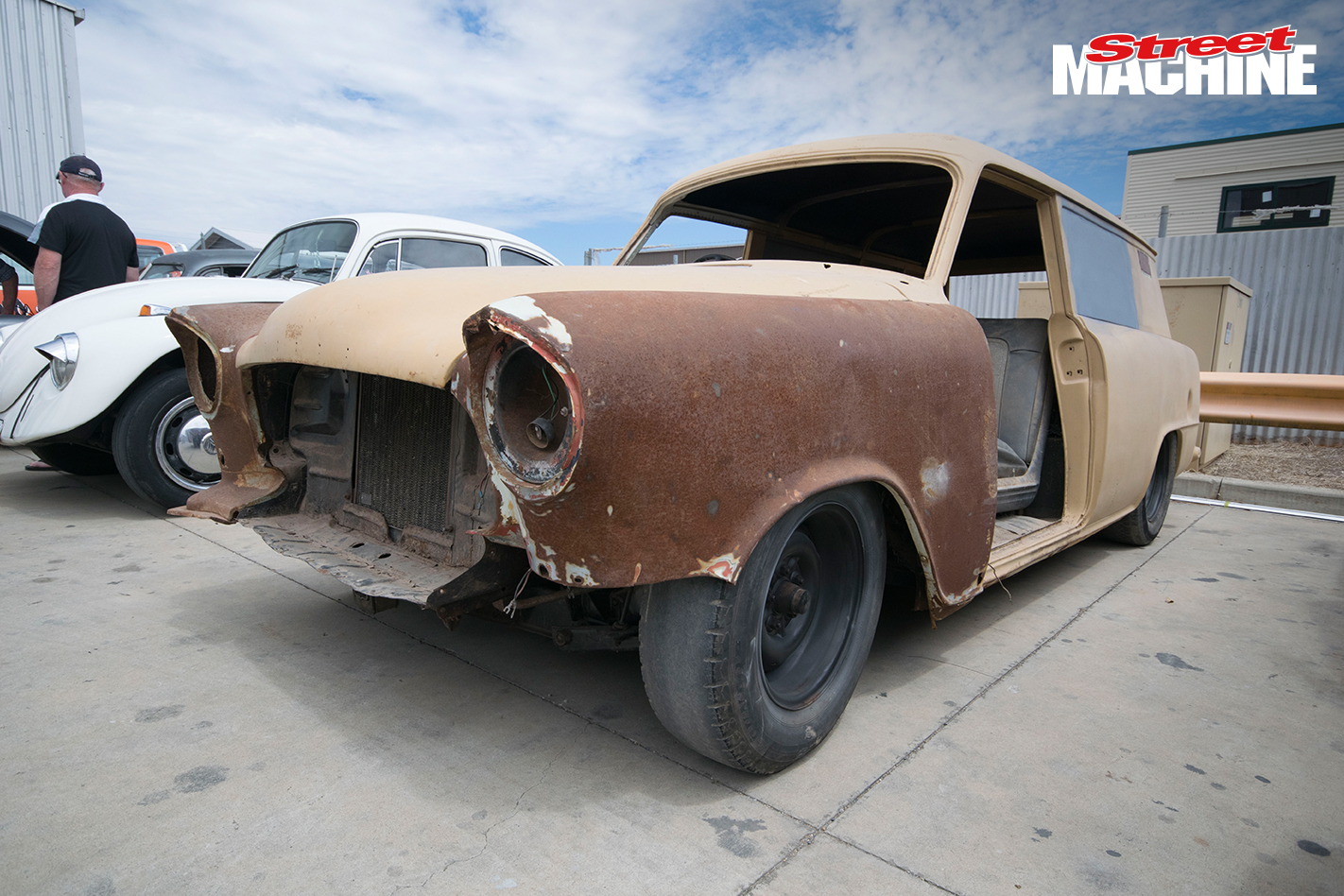 Apprentice panel beater Jack Gogell had great plans for his FC pano, but life got in the way. So now it’s up for grabs for someone else to create their dream ride. 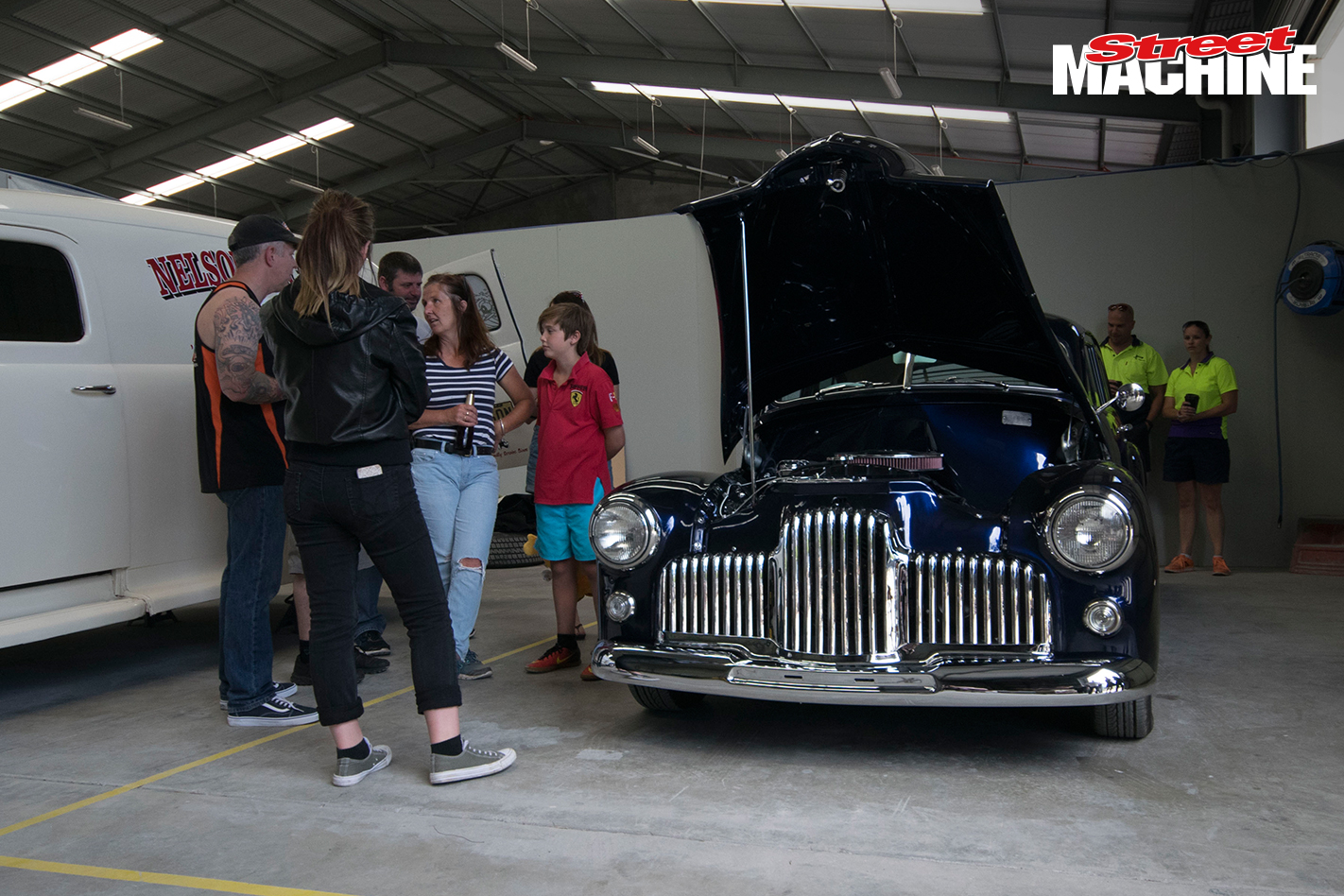 Les Rogers’s stunning FX (SM, Jul ’16) on display inside Auto Transformers workshop for all to appreciate. 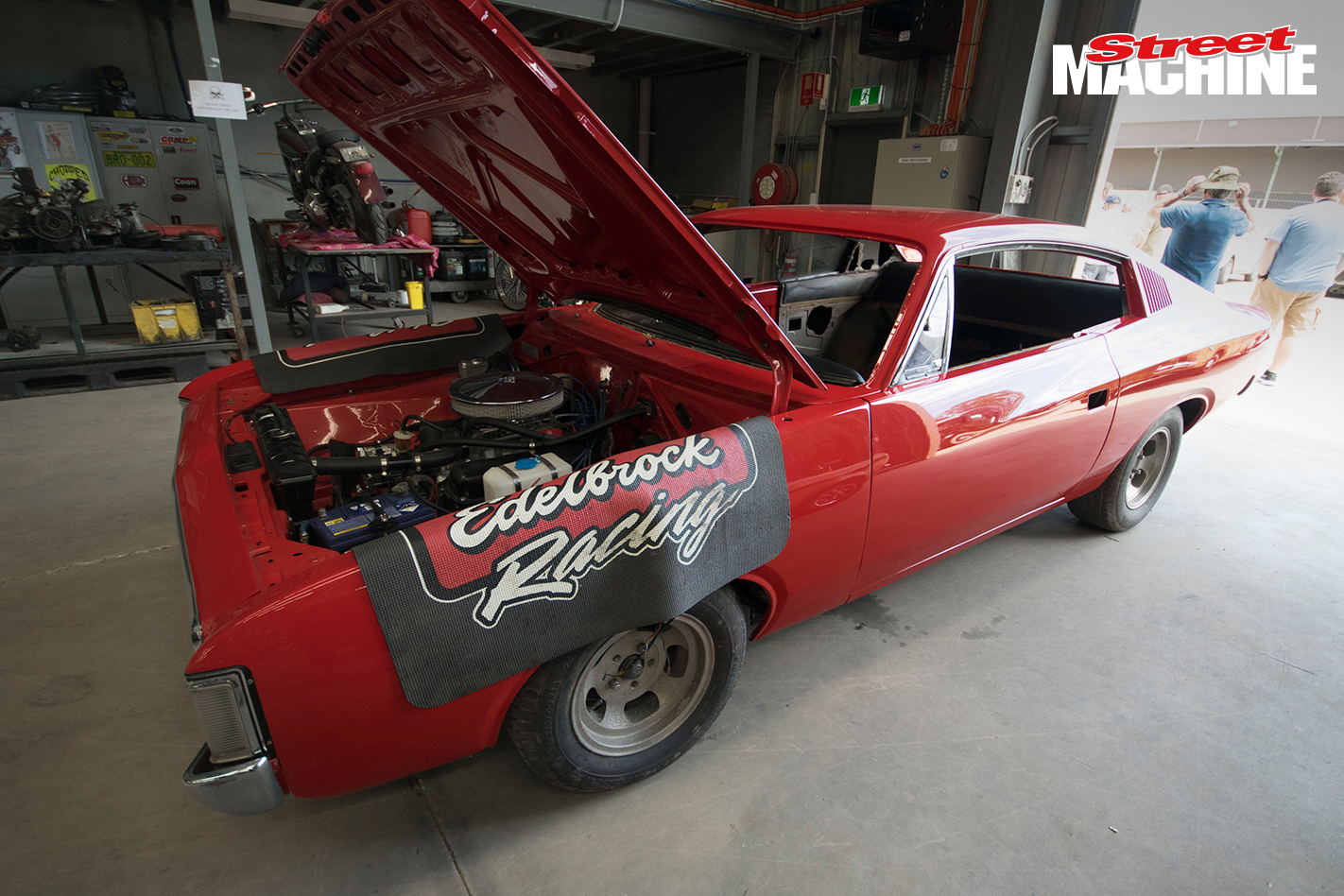 This tidy Charger is currently getting some mechanical love at Auto Transformers. 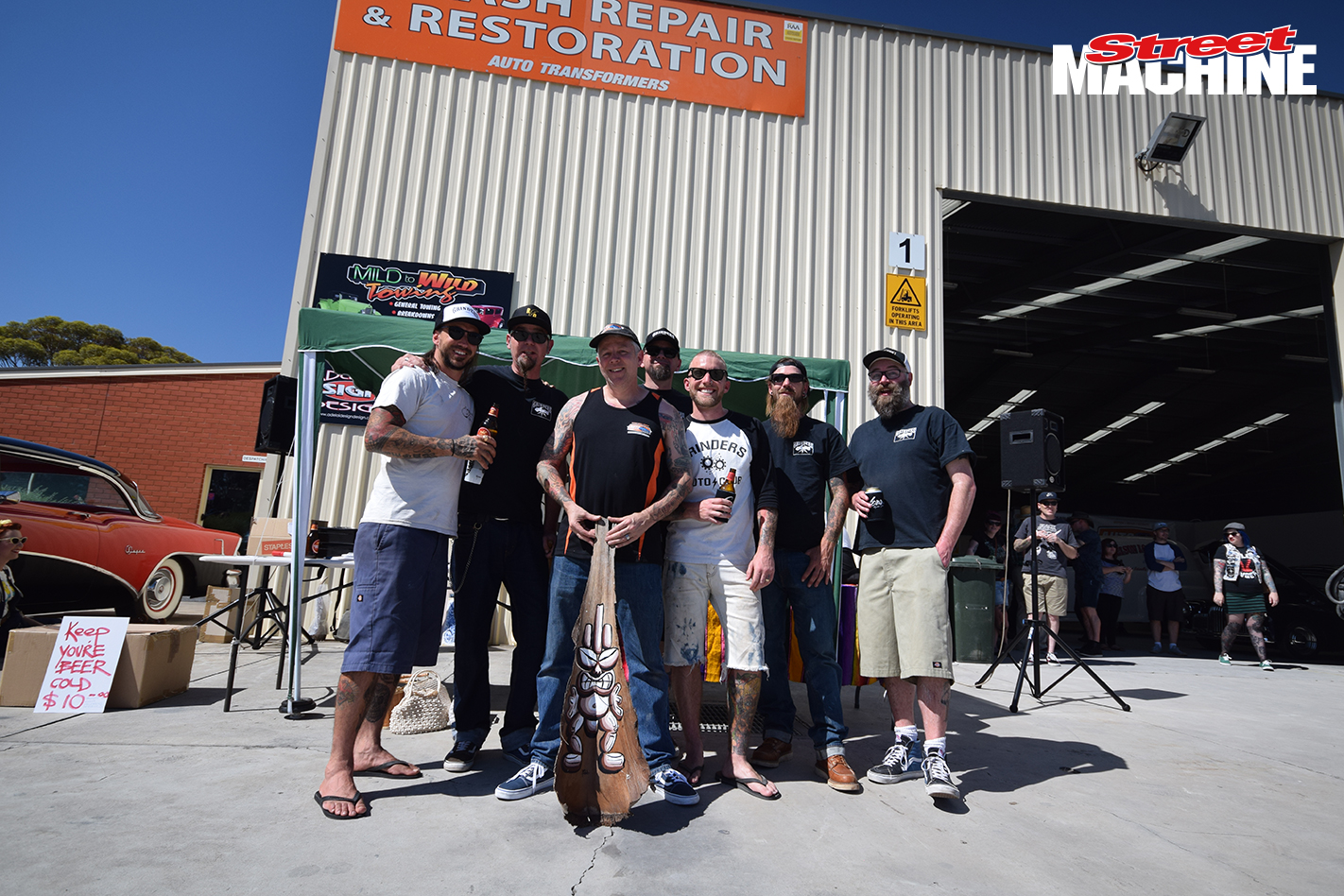 Thankful for the use of the premises, the Grinders presented Auto Transformers owner Andrew Mitchell with a hand-painted Pab Low creation.

Keep an eye on the Grinders CBB Facebook page for details of next year’s show. 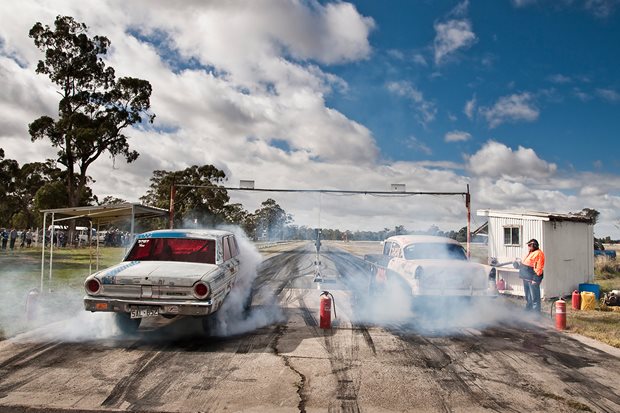 Wilby Park is one of Victoria's motorsport hidden gems. We take a look back at some of the drag strip highlights from 2014 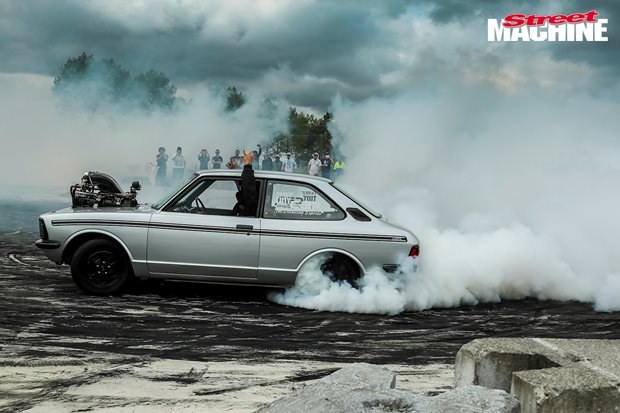 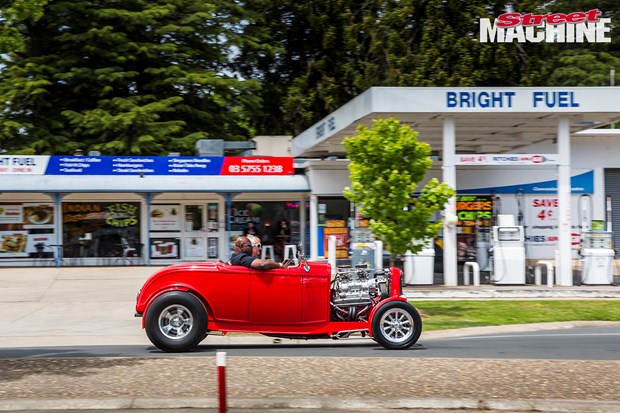