Calling all HK, HT and HG Holdens! The all HK-T-G day is coming to Willowbank Raceway

ONE of the coolest things about being a street machiner in the modern era is the plethora of grassroots events that are constantly popping up. If you have a good idea for an event, some supportive mates and a bit of organisational nous, it isn’t hard to get your own show off the ground. 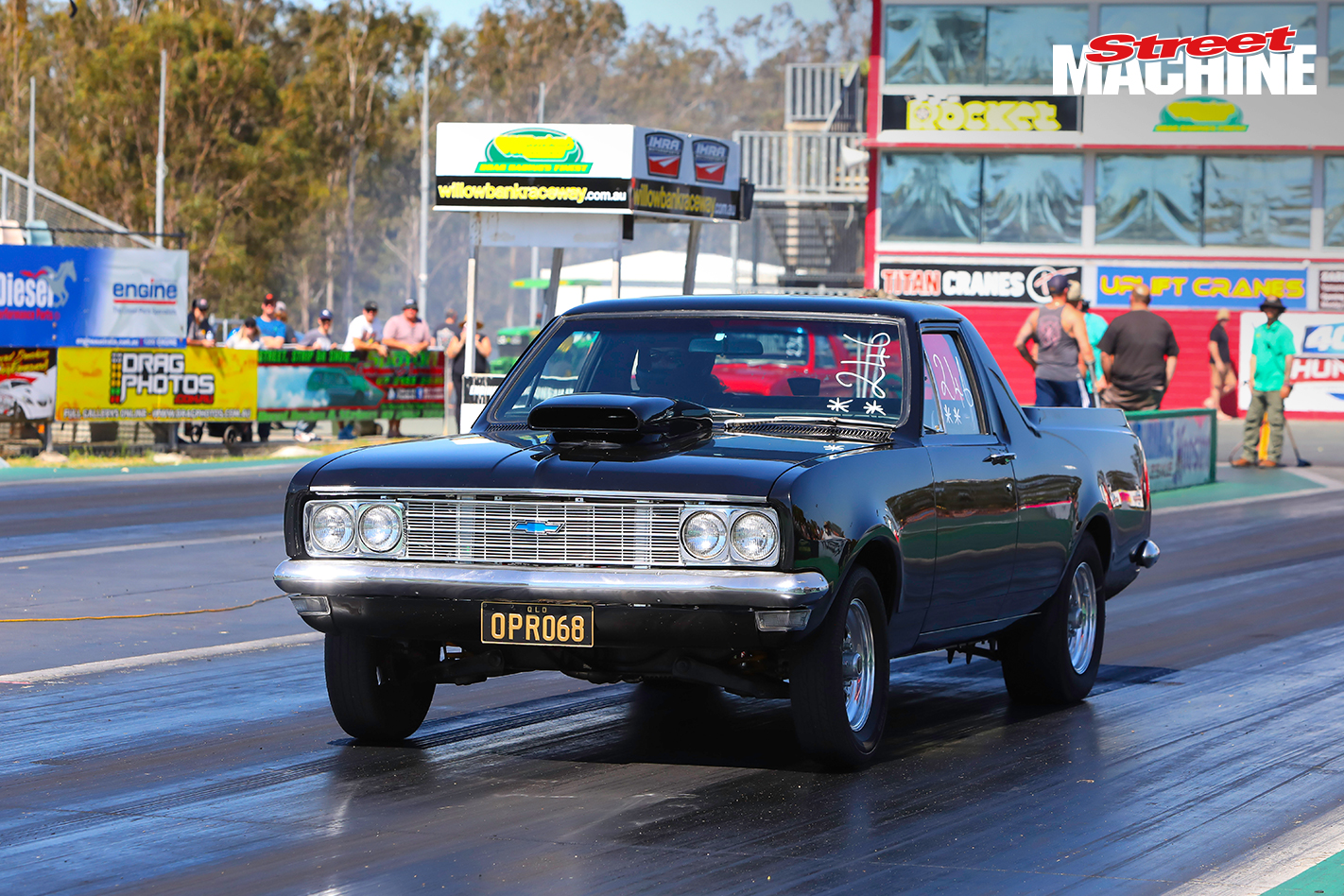 Queensland Holden fan Adam Reeves had an idea: a drag meeting populated by nothing but HK, HT and HG Holdens. Of course, that is a small niche in the scheme of things, so Adam struck a deal with Willowbank Raceway where his event could run during the day before a Test ’n’ Tune to keep the costs down. It doesn’t matter if you are a drag racing veteran in a 1000hp monster or someone who has never raced before with a stock 186 – everyone is welcome. 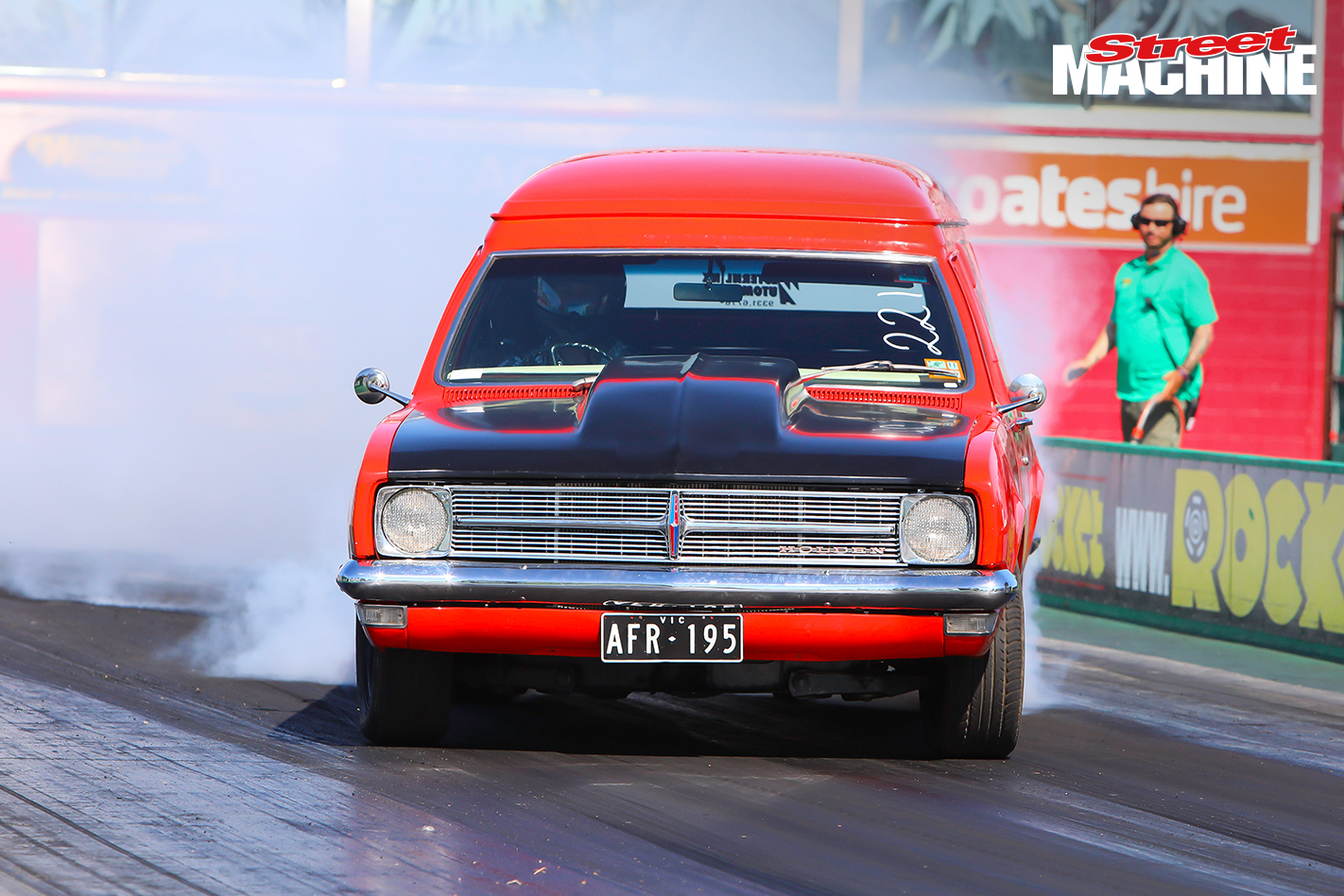 It was a good formula, and the third event is happening 24 June. The classes are simple: Outlaw for cars running quicker than 10.50 seconds, Quick Street for those in the 13 to 10.51-second zone, a Street Class for anything running 13.01 seconds and higher and a Wicked Whitewall class for anyone competing on a whitewall radial. Here are some of the entrants so far: 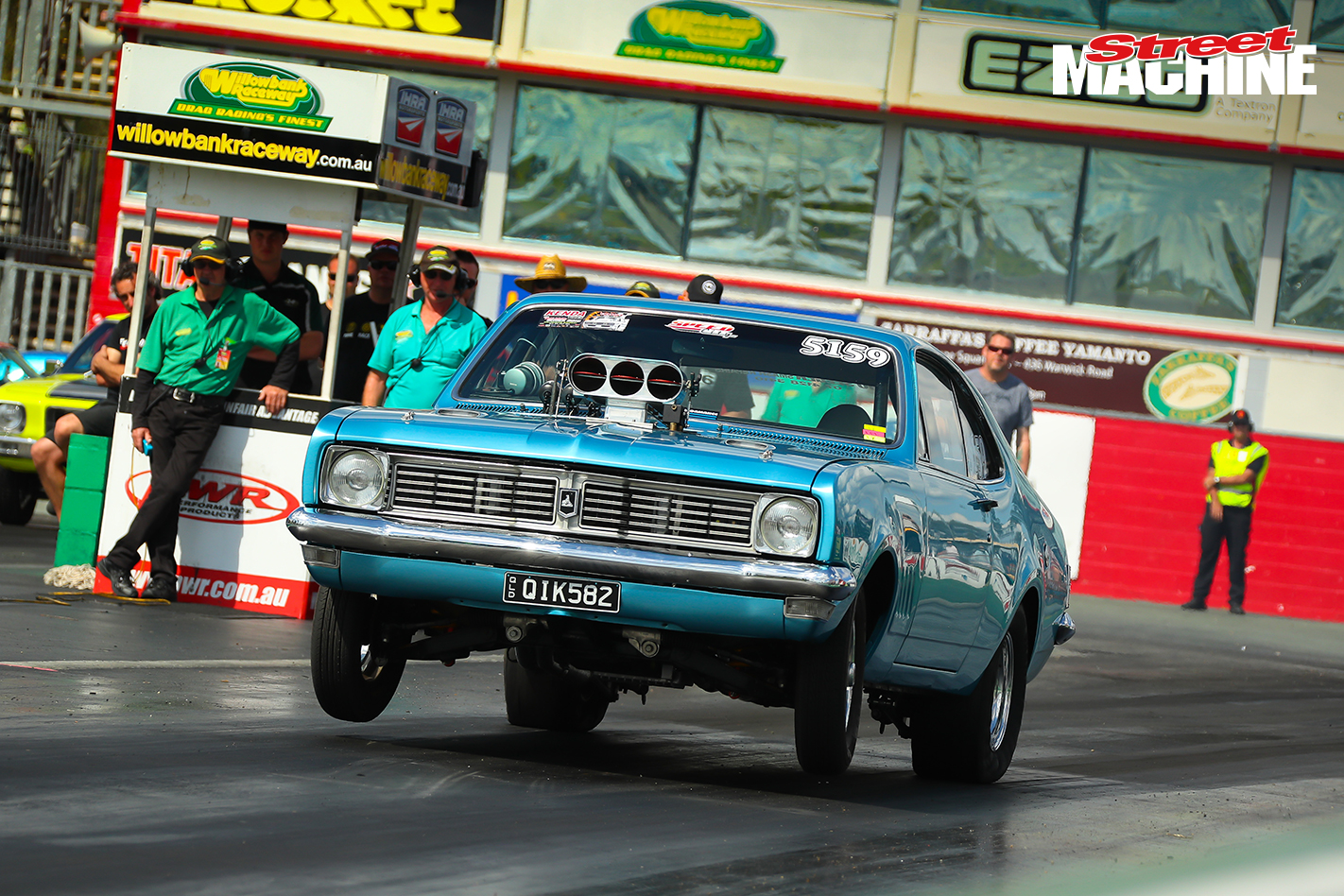 1. At the sharp end, we have cars like Brett Armstrong’s OHT582 HT Monaro. Packing an injected 598-cube big-block making 1100hp at the crank, the coupe runs mid-eights on 275 radials. 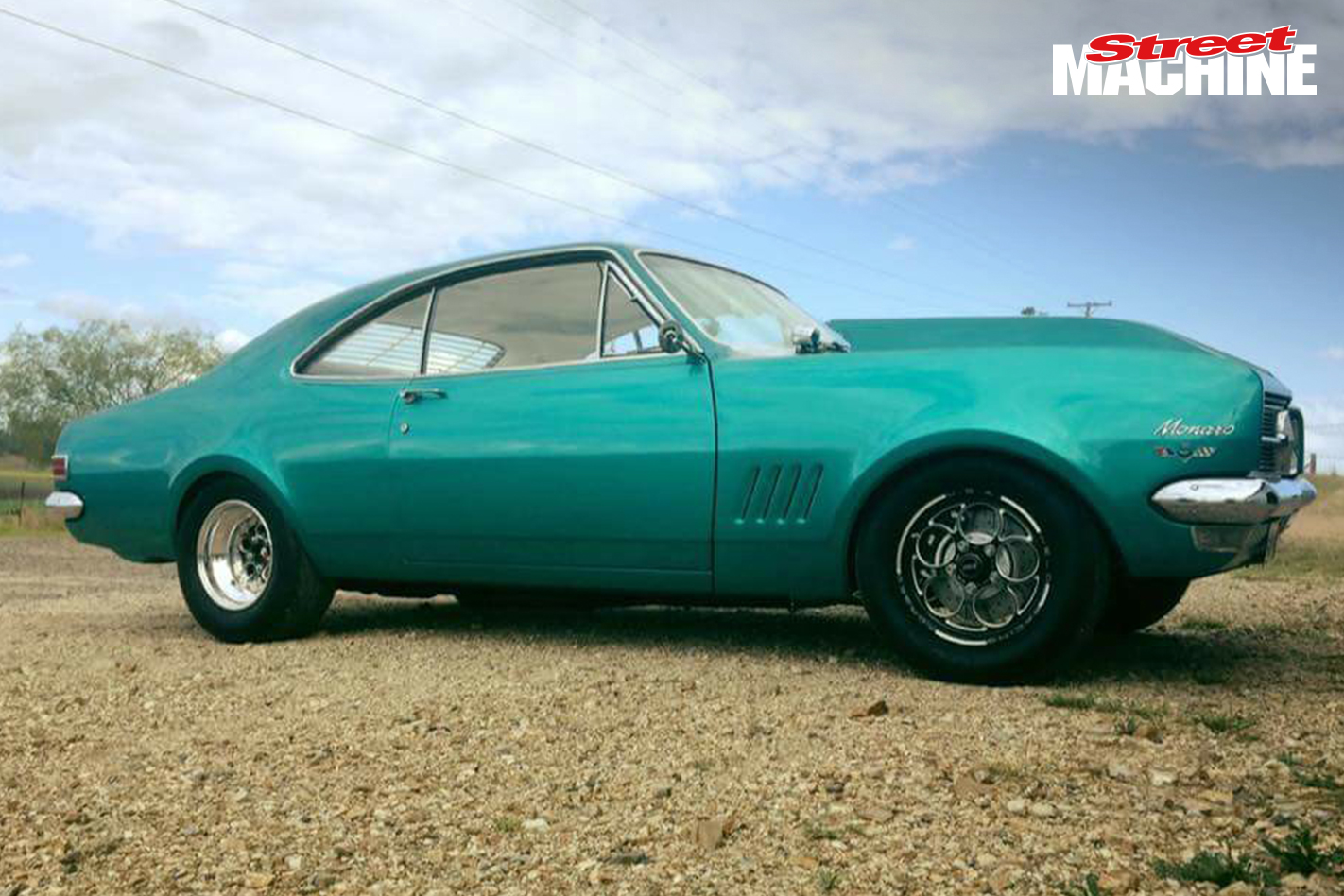 2. Another killer Monaro is the HK of John Flanders. The car has recently had a rebuild, removing the full rollcage to convert it back to street duties, but it is still plenty tough, thanks to a Tremaniac Racing-built 360ci small-block Chev that makes 610hp. 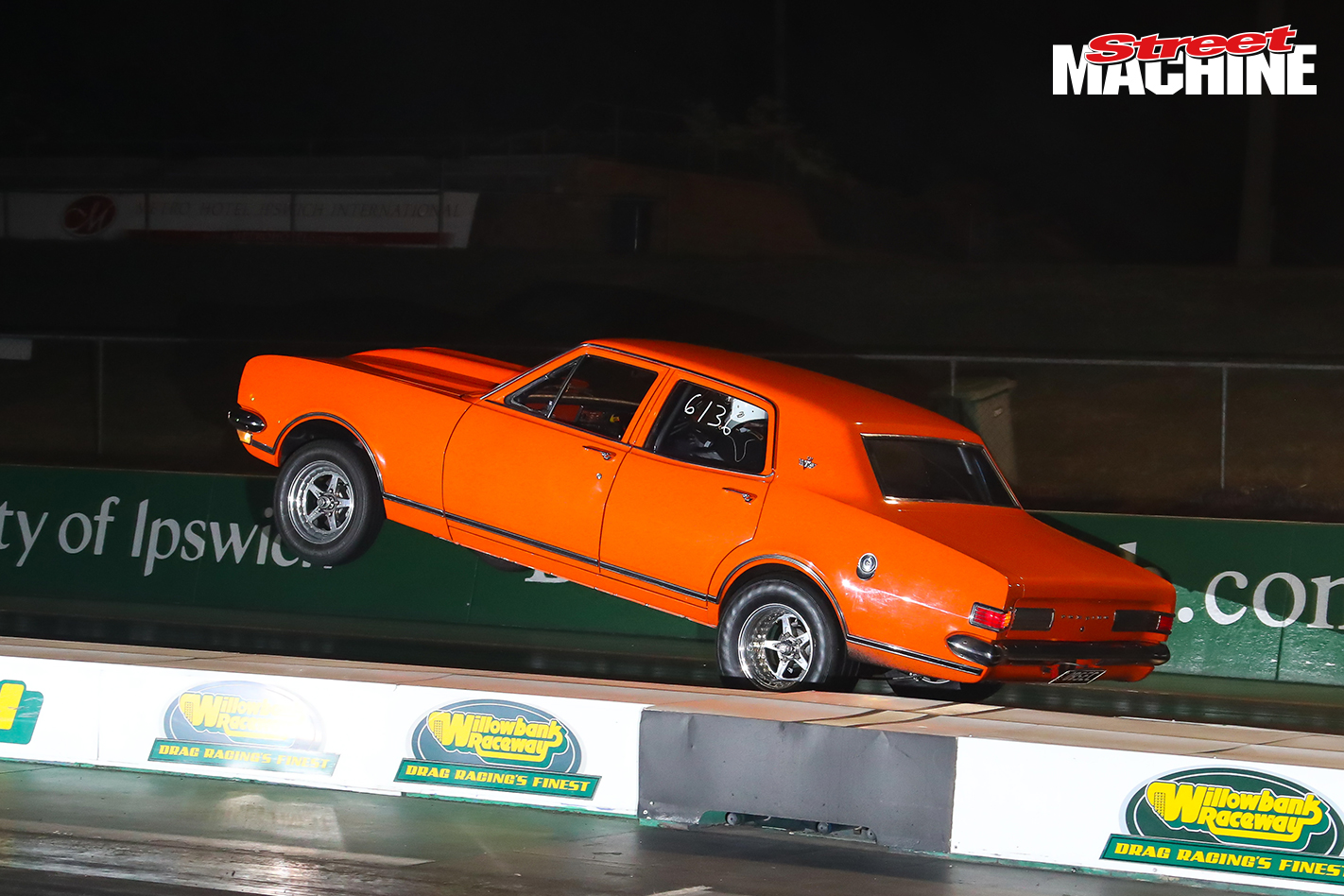 3. Mark Biffin’s HK Premier is a spectacular performer and recently ran a 9.88-second pass, thanks to a 420ci small-block Chev on E85. 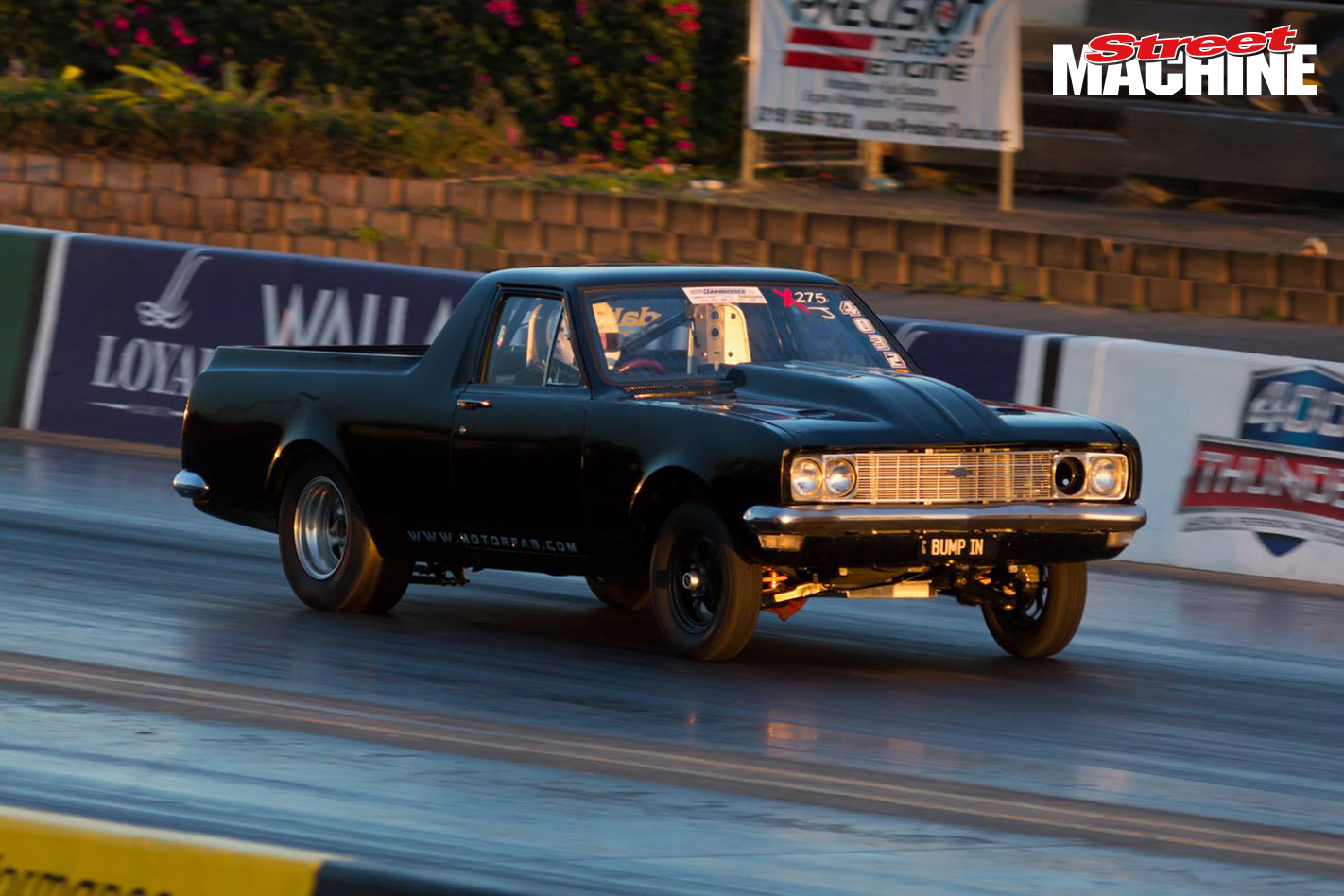 4. Luke Kestle is also bringing his very serious HG ute, BUMPIN, which has run low eights down the quarter with a turbo 388ci small-block Chev on board. Goodies include a BorgWarner S480 turbo and Haltech Elite 2500 ECU. Running through a TH400 and custom nine-inch, the ute has so far run a best of 8.5@162mph, and Luke is hoping to PB at Adam’s event. 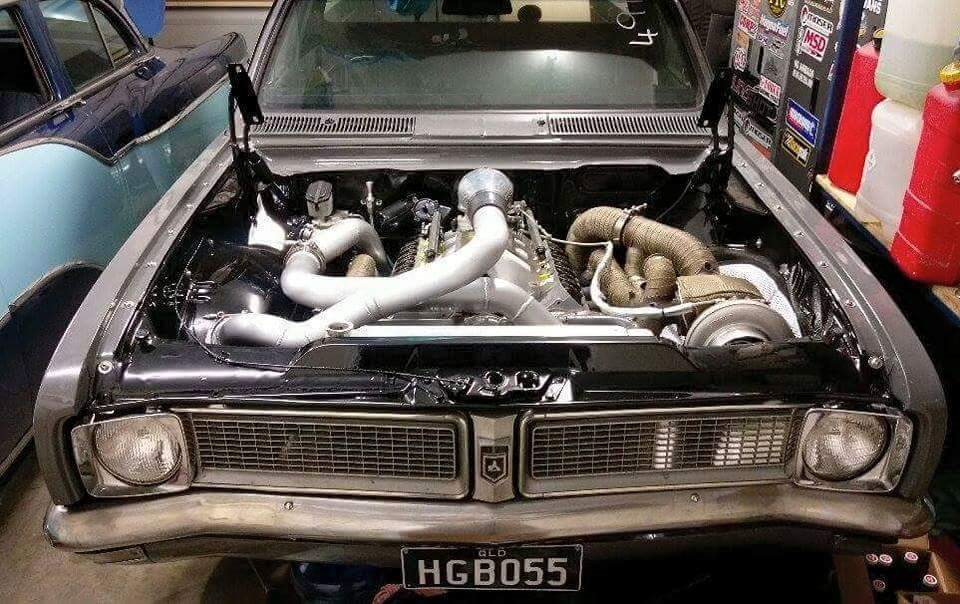 5. Another crazy boosted HG in attendance will be Nick Mocker’s freshly built single-turbo LS-powered ute, HGB055. The 383ci motor is based on an LM7 iron block, with a four-inch crank and Ross pistons. Turbo is an 80mm billet BorgWarner unit, with an air/water intercooler and running on E85. Again the car runs a TH400 and nine-inch driveline and is yet to make a full pass with this combo. 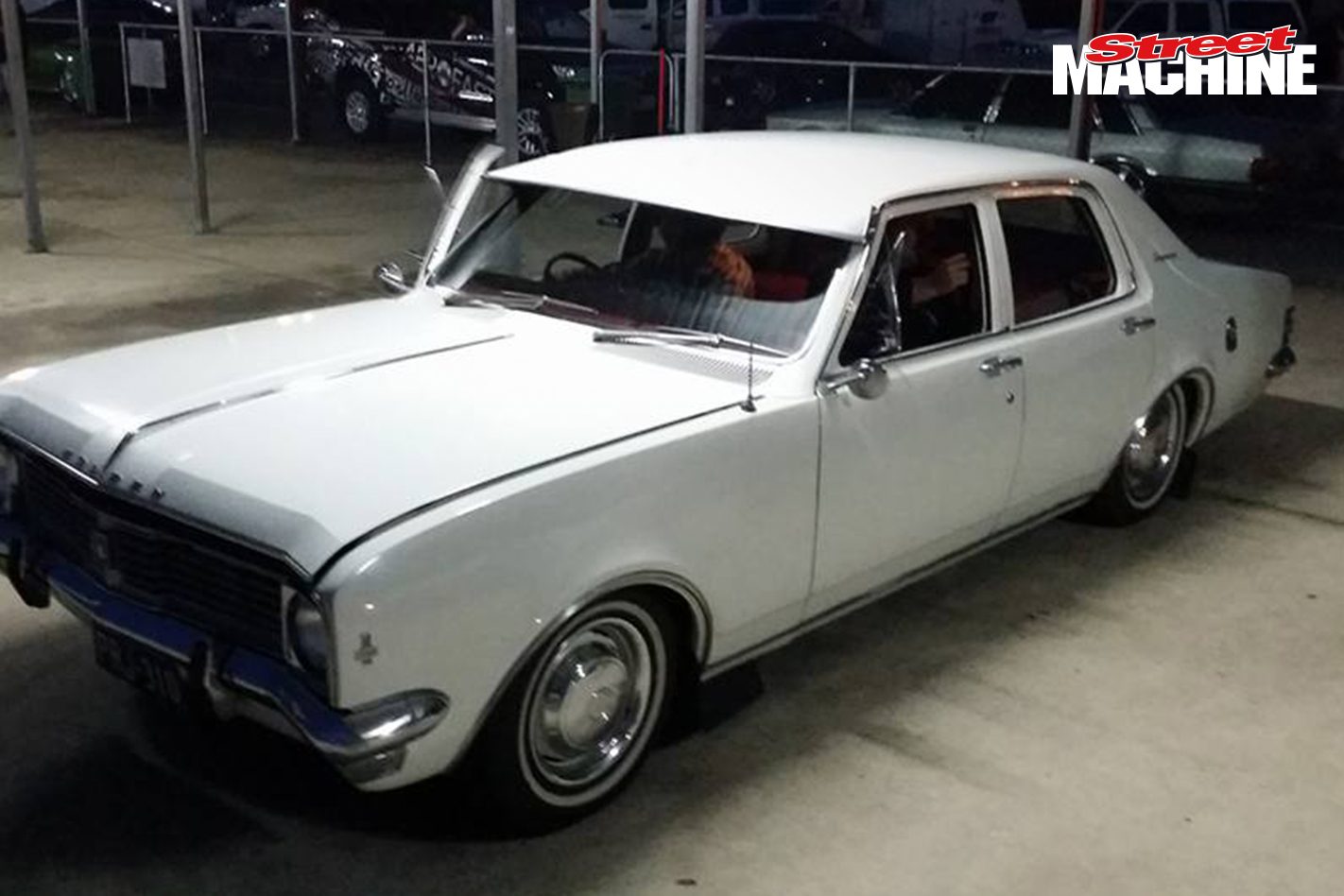 6. Dean Batey’s HT will be one to watch in the Wicked Whitewall class. His Holden 355 is boosted by a single turbo and it’s pumping out decent power; it’ll be interesting to see how much grunt he can use with a whitewall tyre! “It is just a dirty old built 355, with cast heads, a GT42 turbo and Haltech ECU,” Dean says. Behind the plastic motor is a TH400 and VL turbo diff. Paint, trim and number plates are original! 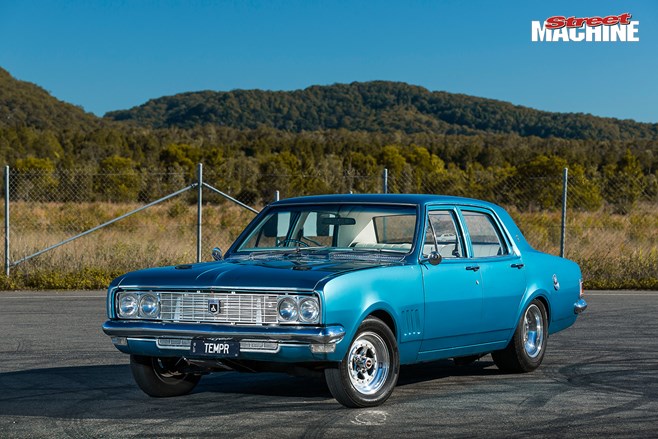 7. Yet another turbo combination that will be on track will be Todd Chandler’s TEMPR HT Premier, which was featured back in LSX Tuner #4 and runs a single-turbo LS combo. Since the feature, Todd has got his times down from flat 11s to a best of 9.5@141mph! 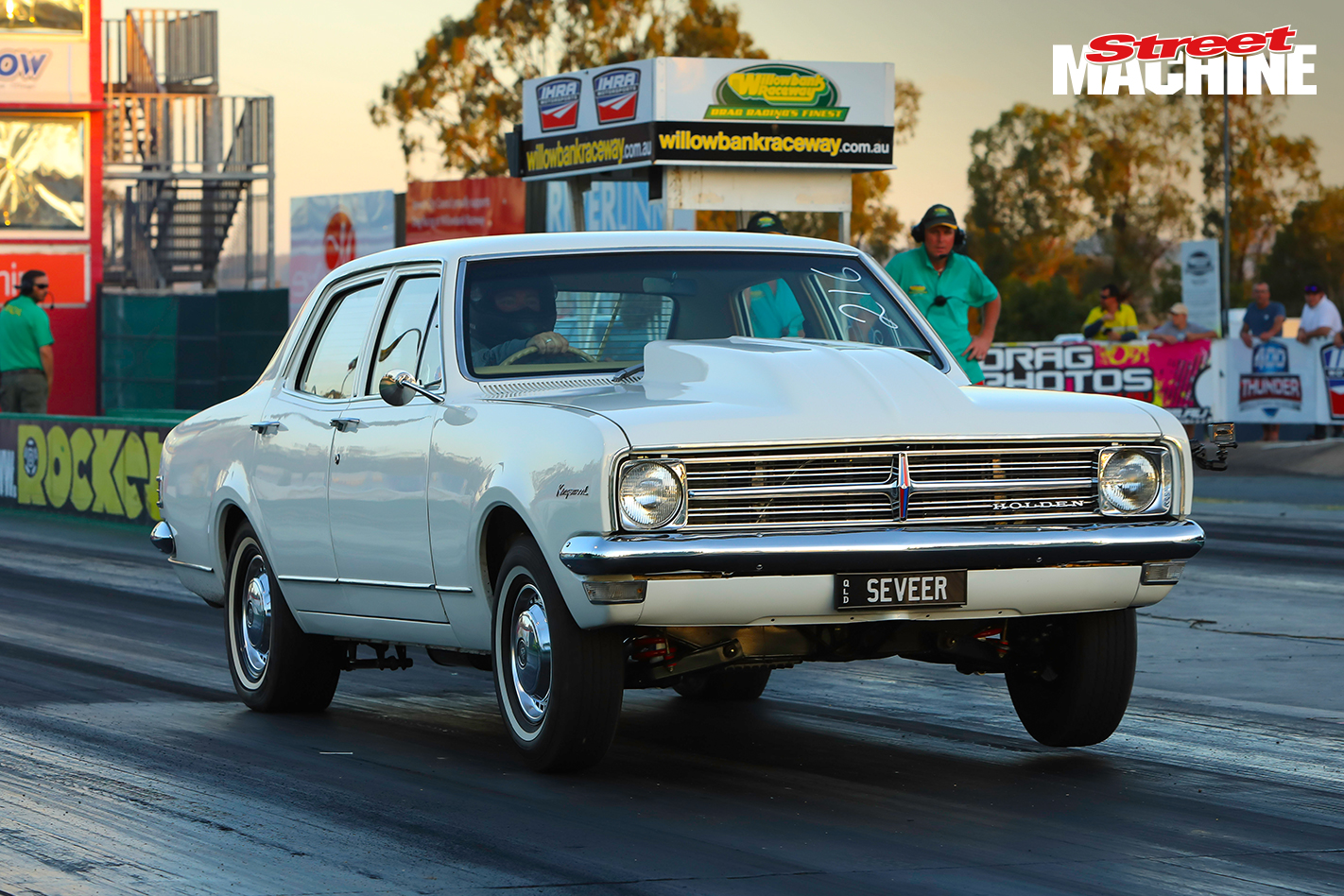 8. Event organiser Adam Reeves will also have his HK Kingswood sleeper out on track in the Quick Street class. Packing a VN-headed Holden 355 stroker and Powerglide combo, the HK runs flat 11s on drag radials. Adam is going to race first on his drag radials, then bolt on some skinny whitewalls for a bit of fun. 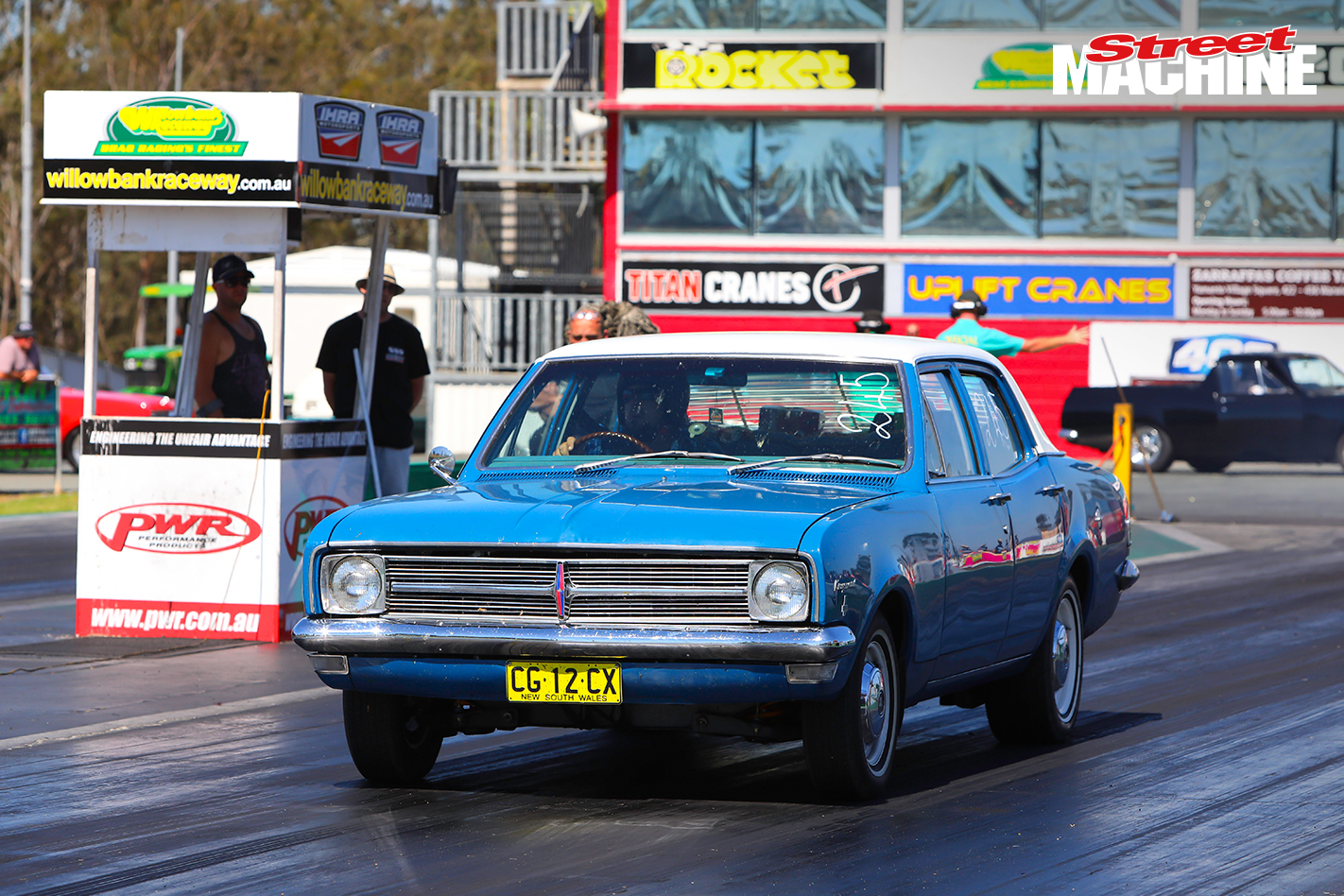 9. There are some tough cars coming all the way from Sydney as well, including including Drag Challenge veteran Dominic Pelle. Since Drag Challenge, Dominic has treated the LS1 to a Camtech cam and upgraded the turbo to a 75mm unit. “I’ve only made two passes so far with this set-up, for a best of 10.21@133mph,” Dom says. 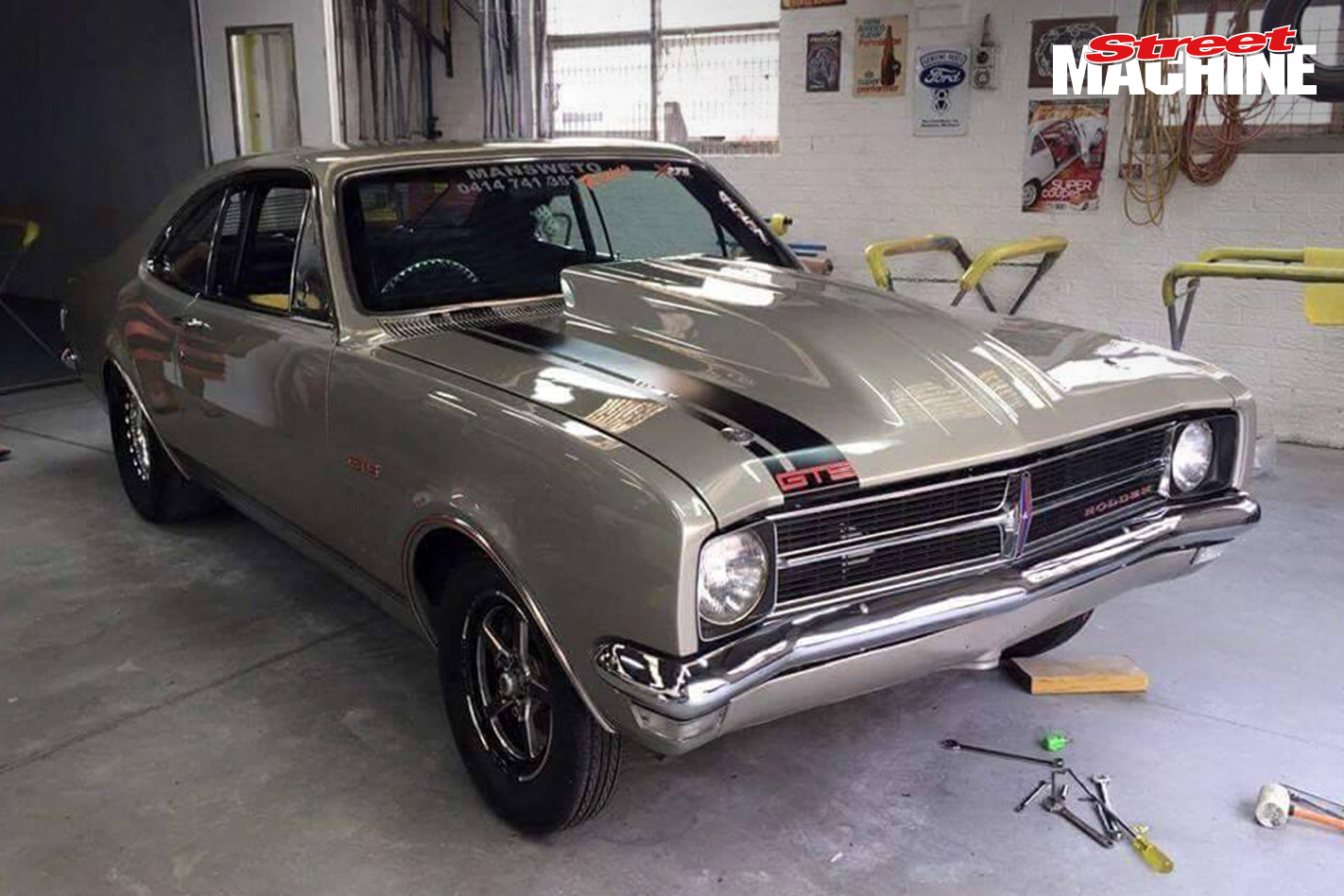 If you’re interested in the HK-T-G Day at Willowbank Raceway on 24 June, you can find out more by clicking here for the event page on Facebook! 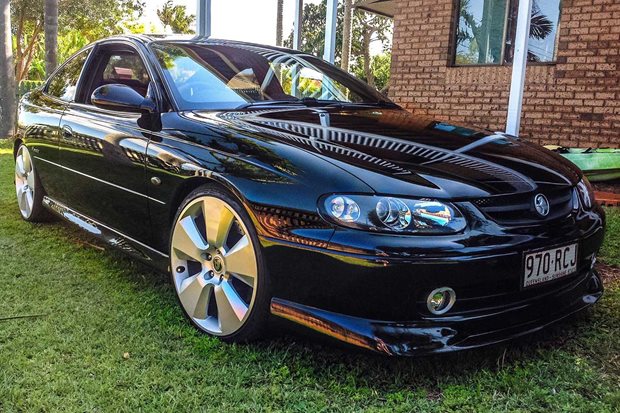 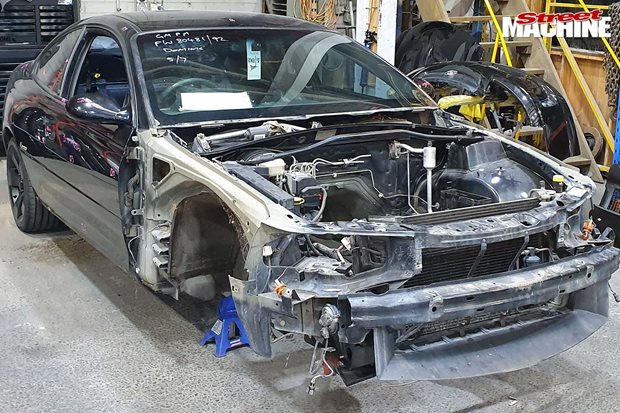